While the design language is more in line with the company’s styling cues, you can’t help but notice it looks like a Jag XF.

HALIFAX — Give Lincoln its due. In a crowded luxury market, Ford’s upmarket brand is bravely attempting to carve out a space in the segment that isn’t defined by mind-bending performance and technological wizardry.

Don’t misunderstand, Lincoln isn’t a laggard when it comes to horsepower and available tech, but those aren’t what separate it from the pack.

Instead, Lincoln is focused on what its marketing folk like to refer to as “quiet luxury,” which is primarily concerned with personalization, fine details and the journey one takes behind the wheel. It’s about style and comfort, rather than sheer horsepower and blistering 0-100 km/h times. 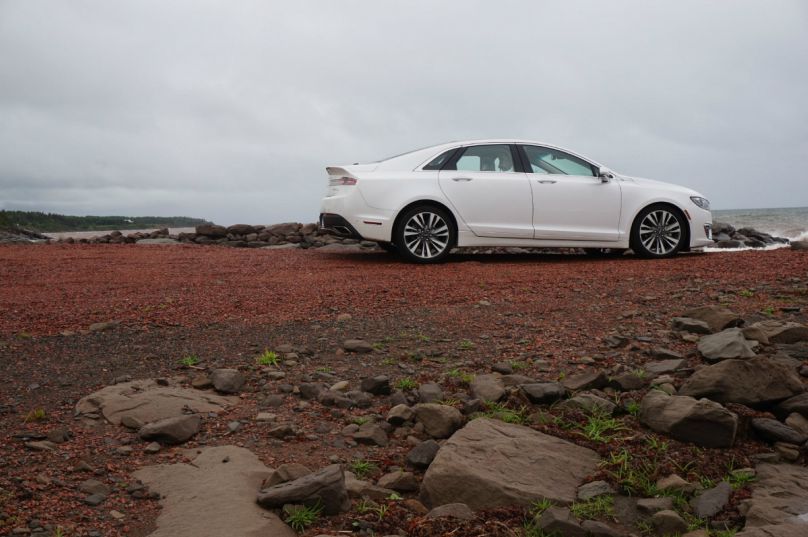 It receives a mid-cycle refresh for 2017 with a new front end that brings it in line with Lincoln’s updated design language.

Gone is the split grille, a familiar design cue on many late-model Lincolns. In its place is a one-piece signature grille, which was revealed on the Continental concept at the New York Auto Show in 2015.

The grille is framed by new LED lighting, along with a redesigned bumper and new air intakes along the bottom. 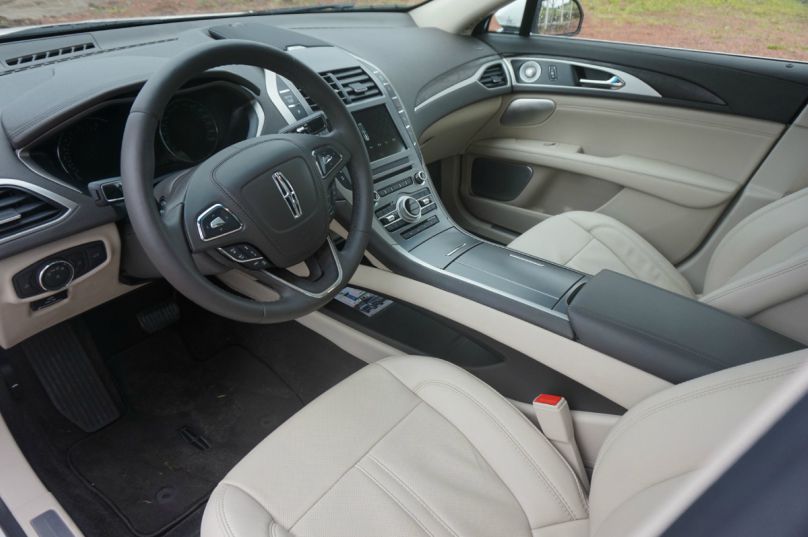 It’s a look that is eerily reminiscent of the Jaguar XF. Perhaps a bit too much, in fact. Still, the car is handsome and is better-looking than its predecessor.

On the powertrain front, Lincoln has dispatched the 3.7-litre V6 in favour of a 3.0-litre EcoBoost V6. The 2.0-litre EcoBoost four cylinder carries over, as does the normally-aspirated 2.0-litre four, which powers the MKZ hybrid. 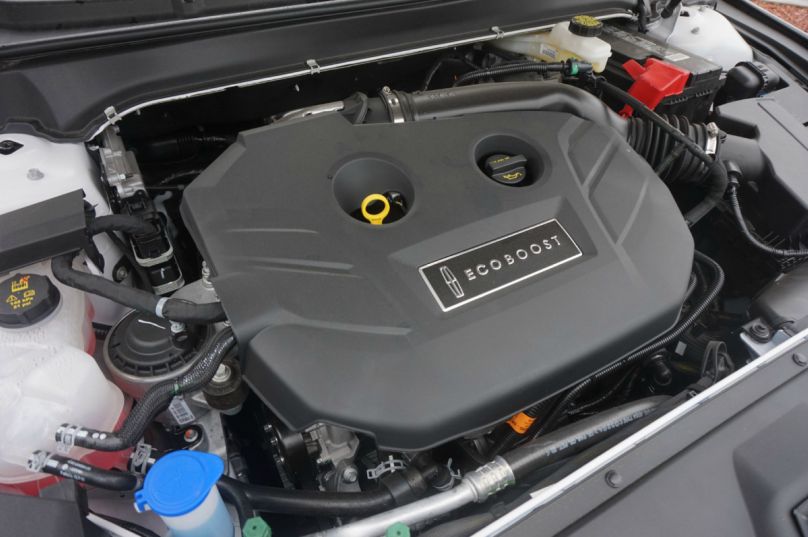 The engines are paired with two transmissions, a six-speed automatic goes with the EcoBoost mills and the hybrid comes with a CVT.

Among the more noteworthy interior changes are redesigned door panels with new stitching and a higher quality look and feel. Multi-contour leather seats with Active Motion are also available. They’re heated and cooled and come with customizable air cushions and a lumbar massaging function. 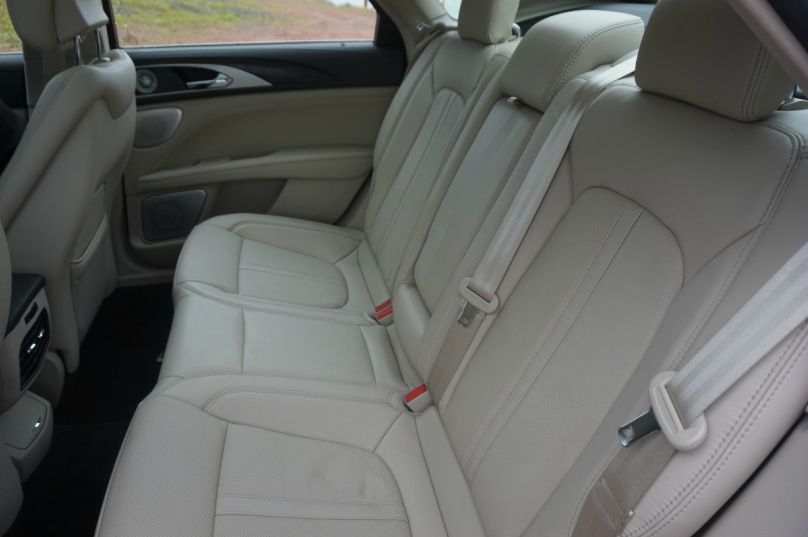 As for ergonomics, Lincoln engineers have jettisoned the MKZ’s slide climate controls in favour of buttons and knobs, which are mounted on the centre stack. They have a nice tactile feel and are simple to operate. 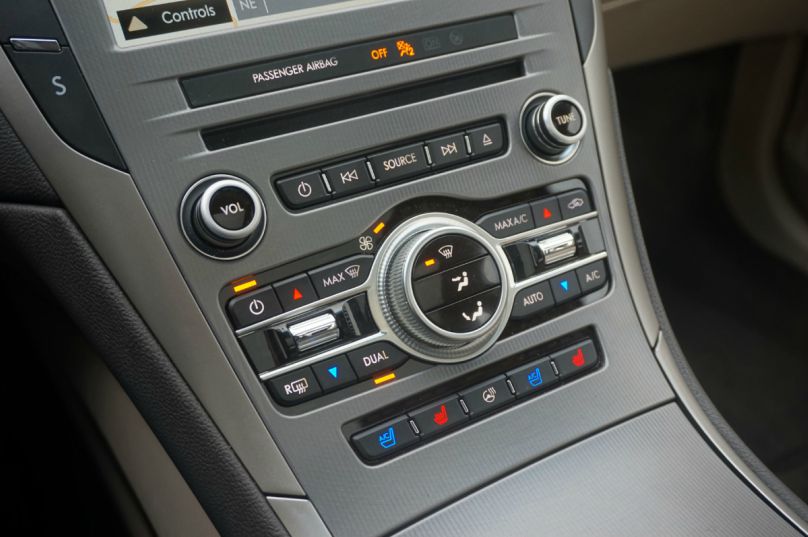 The touchscreen infotainment/navigation system, powered by Sync 3 software, also merits a mention. It’s pretty to look at and operates beautifully, but what’s also impressive is that Lincoln gets its own graphics and colour palates to distinguish it from units found in Ford products.

The 2017 MKZ comes in two trims, Select and Reserve, for both regular and hybrid models. I sampled two of the three powertrain combinations. Sadly, no V6 models made the trip.

As one might expect, the MKZ is a quiet and comfortable car to cruise along in. Both cars I drove were quiet at highway speed and in city traffic. 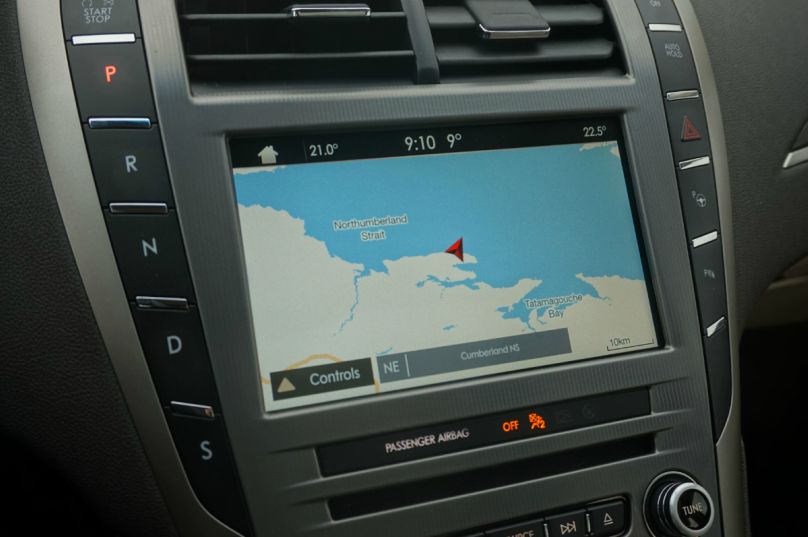 What surprised a little was how responsive both were to stabs at the throttle. Launches were quite quick but they filled the cabin with buzzy engine noise, so be warned.

One can fiddle with the modes (Comfort, Normal and Sport) of Lincoln Drive Control, but it doesn’t change the car’s character too much. Steering effort, throttle response and suspension damping felt much the same regardless of setting. Might as well just leave it in normal and never touch it again.

Besides, fiddling with driving modes and mashing the accelerator is antithetical to the MKZ’s nature. This car, and the Lincoln brand generally, is all about taking the road less travelled in comfort and style.

ACCESSIBILITY: Easy in and out up front, a bit tighter in back. 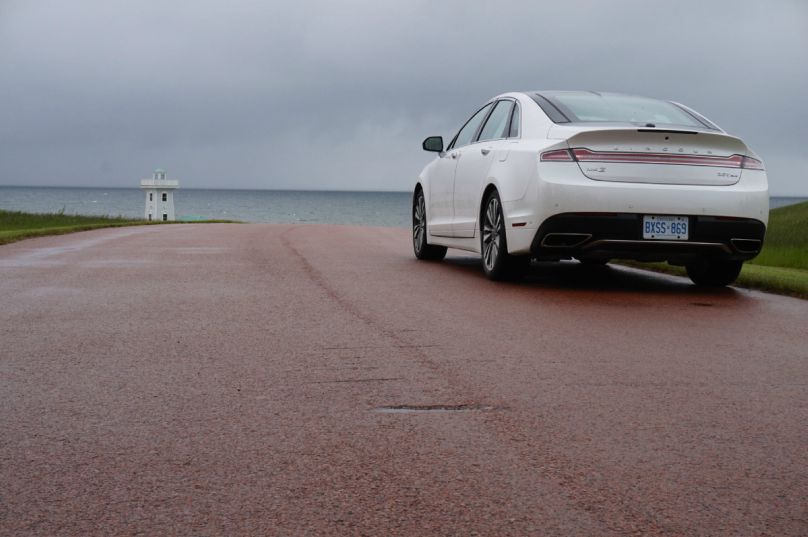 Contemporarily sleek and handsome, if not the most original

Didn’t drive the V6, but both the 2.0L EcoBoost and Hybrid are deceptively quick. Not a selling point, perhaps, but impressive nevertheless

The MKZ doesn’t scream cutting-edge tech, although there is plenty of it (collision mitigation, park assist, Sync 3, etc.). It’s there, but in service to the theme of quiet luxury

The interior space of the MKZ is finely crafted, well-executed and smartly appointed. It is a car for long trips, where power and technology are there when you need it, but their presence isn’t constantly intruding into your journey

While the exterior styling update was overdue and puts the MKZ into line with its brand identity (Continental), it feels a bit derivative. It’s handsome, but is a bit too reminiscent of other luxury marques

The 2017 Lincoln MKZ fits well within the brand’s quest to establish a place for quiet luxury. The exterior styling might seem a bit too derivative, but it’s an impressive car on the inside, where attention to detail, comfort and amenities really come into focus. The MKZ, much like the Lincoln brand, is all about the road less travelled. A journey this car is well suited for.