GRAZ, AUSTRIA—Like their Stuttgart neighbours at Mercedes-Benz, Porsche is playing fast and loose with the meaning of “coupé.”

The word is obviously French, and literally means “cut” — as in “chopped off.”

It has traditionally been applied to two-door versions of sedans, typically with their roofs truncated to create a sportier profile.

Mercedes applied it to their latest four-door sedan, the CLA.

Porsche has pushed the definition even further, labelling the newest variant of the Cayenne SUV the Cayenne Coupé.

That’s with the middle of the three-engine range, the 2.9-litre twin-turbo V6. The single-turbo 3.0-litre V6 and the twin-turbo 4.0-litre V8 will be along later this year.

Speaking of nomenclature, Porsche confuses the heck out of everything with the labels it applies to these all-turbocharged models.

Only the range-topping V8 model gets “Turbo” in its name.

We got the chance to test each variant on the twisty, hilly roads around Graz, the capital city of Styria, Austria’s second-largest state in the southeast part of the country. 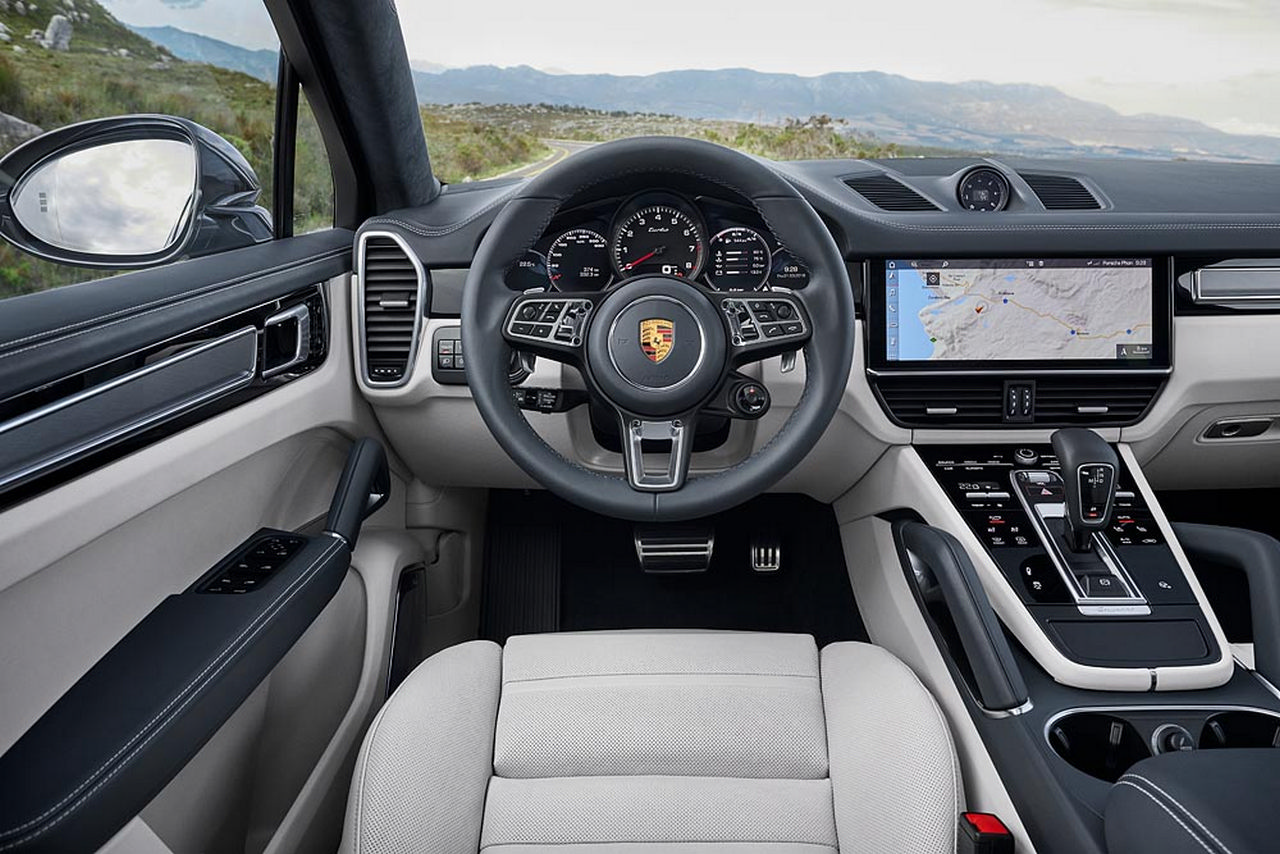 Like its corporate cousins from Audi, Bentley, Lamborghini and Volkswagen, Cayenne is based on the MLB — “Modularer Längsbaukasten,” which is German for “Modular Longitudinal Matrix.”

This isn’t so much a “platform” as a set of structural components that allow the various vehicles to share bits that you don’t see in order to reduce manufacturing complexity and cost.

Unlike the chopped-off SUVs from BMW and, to a lesser extent, Mercedes-Benz, Porsche hasn’t completely sacrificed rear seat headroom for style in Cayenne Coupé.

First, the rear roofline doesn’t swoop down as sharply as it does in some of the competition.

Also, Porsche has lowered the rear seat by 30 millimetres compared to the regular Cayenne to regain some of the lost vertical people space.

The Coupé windshield is more sharply raked, the roofline a bit lower, the vehicle a bit longer overall and a bit wider, all in the name of a sleeker look.

The lower bodywork is pretty much identical up to the rear doors, and unique from there back.

The rear track is wider than in the regular Cayenne, with the concomitant result that the widest part of the vehicle (apart from the side-view mirrors) is no longer at the front door handles, but at the rear fender flares.

Luggage space is reduced a bit, but who ever loads a Cayenne to the gunwales?

A spoiler extends from the rear roofline by 135 mm to improve rear downforce at speeds above 90 km/h.

Remarkably, and regrettably, there is no rear window wiper.

And wouldn’t you know it, it rained most of the time we were driving the vehicle. What were they thinking? This is serious oversight for a vehicle like this. I mean, isn’t the point of a four-wheel drive vehicle that you can drive it in any weather conditions? 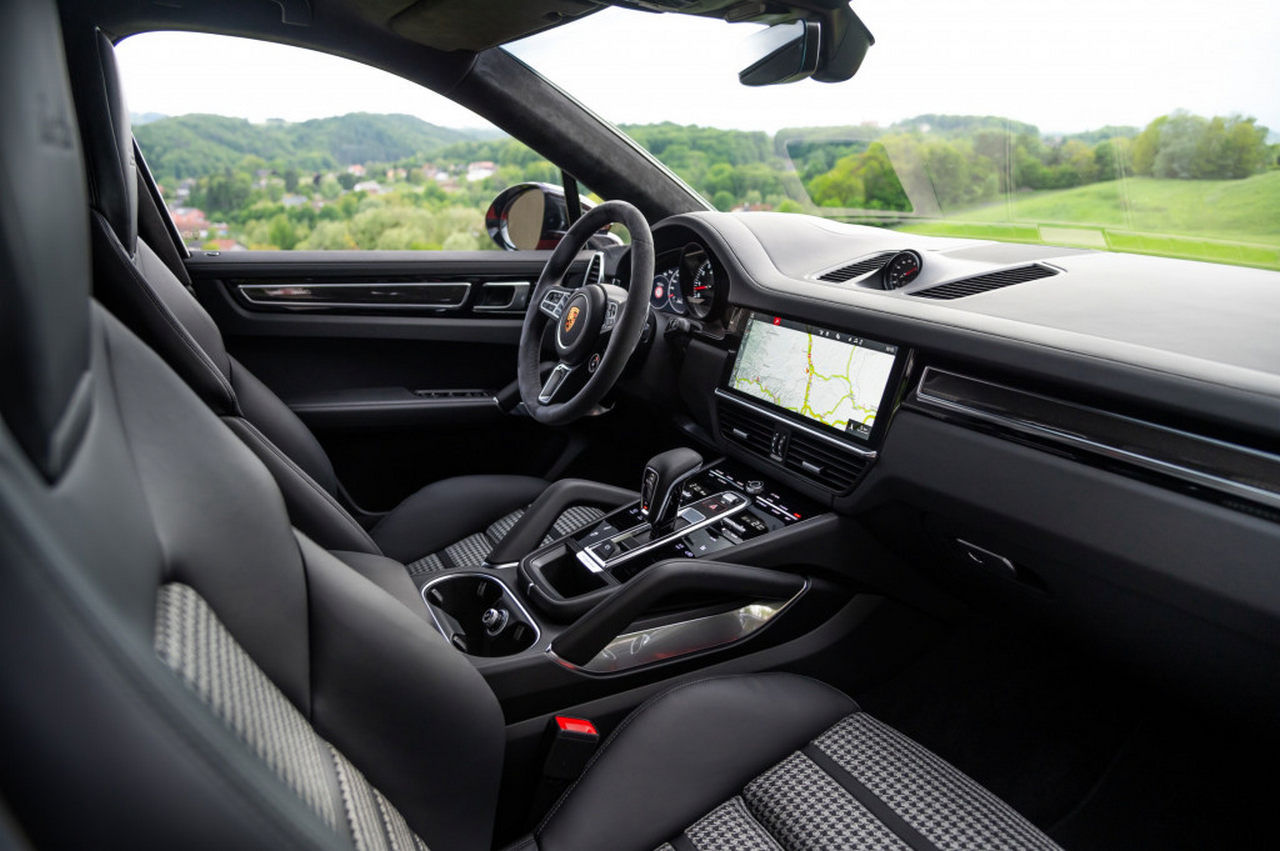 A huge fixed glass sunroof is standard on Cayenne Coupé. Has anybody updated the research that indicated a sunroof is the most-ordered and least-used feature in a car?

I hate the darn things. Fortunately, those of like mind can close the sunshade and just leave it closed.

Or, you can opt for the carbon fibre fixed-roof panel, which obviously eliminates this problem. It also takes some 20 kilograms out of the vehicle, at its highest point, for maximum benefit to the centre of gravity.

Rear seat room apart, the interior is pretty much Cayenne, which includes one of the biggest (31 centimetres) and brightest central screens in the business, with what is undoubtedly the stupidest central control system in the business.

Yes, I have ranted about this nonsense for years, obviously to little effect. But you simply cannot use a push button without taking your eyes off the road. That’s never a good idea in any vehicle, but in one this powerful, it is simply unconscionable.

In Cayenne, it’s even worse because there aren’t even any buttons. You have touch just the right part of the flat black plastic panel to get the function you want.

I blame the young designers who grew up with smart phones. But looking at your phone while sitting at a desk or even walking down the street is one thing; doing it at speeds this vehicle is capable of is darn near suicide.

Most jurisdictions make it illegal to operate a cellphone while driving, because distracted driving is now more dangerous than drunk driving.

Yet your car uses exactly the same technology as your phone.

If the industry doesn’t shape up, our governments may have to make it shape up. And nobody wants more government regulations.

So get the car set up the way you want it before you start your drive. Because once you get rolling, you’re in for a good time, and you’ll want to be paying attention.

I drove all three powertrains, and was quite surprised that the most powerful was far from the best. 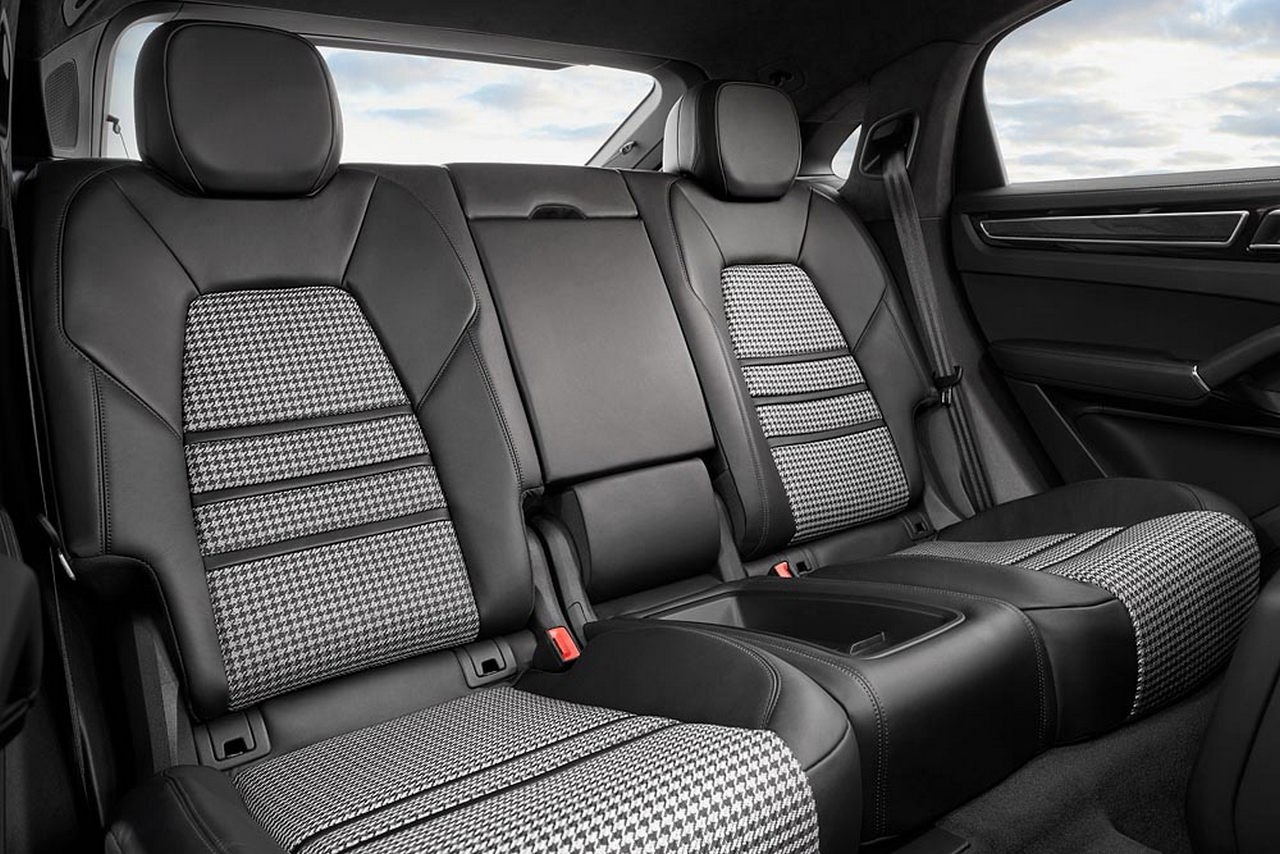 But you’re not buying a dragster; you’re buying a Porsche.

The V8 adds about 150 kg, almost all of it on the front axle, and you can feel this weight in every turn. It almost feels ponderous.

The base engine is eager, and does its best. But despite a further 30 kg weight reduction compared to the S, it struggles a bit, especially on the hills.

Which means you’re on the boil pretty much all the time.

I even preferred the exhaust note of the V6 to the rumble of the V8, which, frankly, surprised me.

A little round knob (hurray!) on the steering wheel allows you dial up Normal, Sport or Sport+ settings, which successively firms up the suspension, sharpens the steering, quickens transmission response and opens up the exhaust, all in the pursuit of a sportier drive.

There’s also a Custom setting that allows you to select among a variety of values for the various parameters. We figured Porsche knows its vehicle better than anyone, so we stuck with the pre-set settings.

Austrian roads are generally in excellent shape, so I left it mostly in Sport+. On our frost-heaved roads back home, you might want to back it off a notch or two.

It was interesting that the eight-speed Tiptronic S transmission shifted more seamlessly in Sport+ mode than in Normal mode. It’s as if they wanted it be more comfortable, but in so doing they made it more drawn out and not as slick.

The Cayenne also has the smoothest stop-start function I have ever encountered. The engineers told me they worked especially hard on this, and it shows.

Sadly, they still have the dumb shift lever which requires you to push a button to select Park.

This has been the industry standard for about 60 years, and there is absolutely no reason to change. Given that the typical Porsche customer has more than one car, usually not all Porsches, it can only cause confusion as she or he moves from car to car. It conveys no benefit and raises a potential problem. What gives?

Like all good-handling cars, this one seems to shrink around you the quicker you go. I was playing around on some very narrow and twisty roads with the threat of a giant farm tractor appearing out of nowhere at a split-second’s notice. The sharp steering, confident handling and the massive brakes — my testers all had the optional carbon-ceramic brakes, which are brilliant, if pricey — made for some entertaining driving.

Now, there’s no aspect of Cayenne Coupé’s performance that wouldn’t be better if it were several centimetres lower and a couple hundred kilos lighter.

That would effectively make it the Panamera Station Wagon (which Porsche, of course, calls the “Sport Turismo”).

That remains the best all round, most practical car Porsche makes.

But the customer is always right, even when he’s wrong, and with Cayenne Coupé that customer will get a vehicle that performs with the very best of its genre and adds a dollop of style to the equation, with surprisingly little compromise in practicality.