Plugged-in with the Ford C-Max Energi

It’s been a few years since I last pursued the parental ritual of helping to put together one of the brats’ Grade 8 science projects.

But dust off the calculator and limited rational thinking skills and prepare to face science once more with a test of Ford’s 2017 C-Max Energi plug-in hybrid.

First, to get the common car stuff out of the way, the C-Max is a compact multi-purpose vehicle (MPV), that, in many countries, includes five- and seven-passenger models featuring diesel and petrol powertrains. 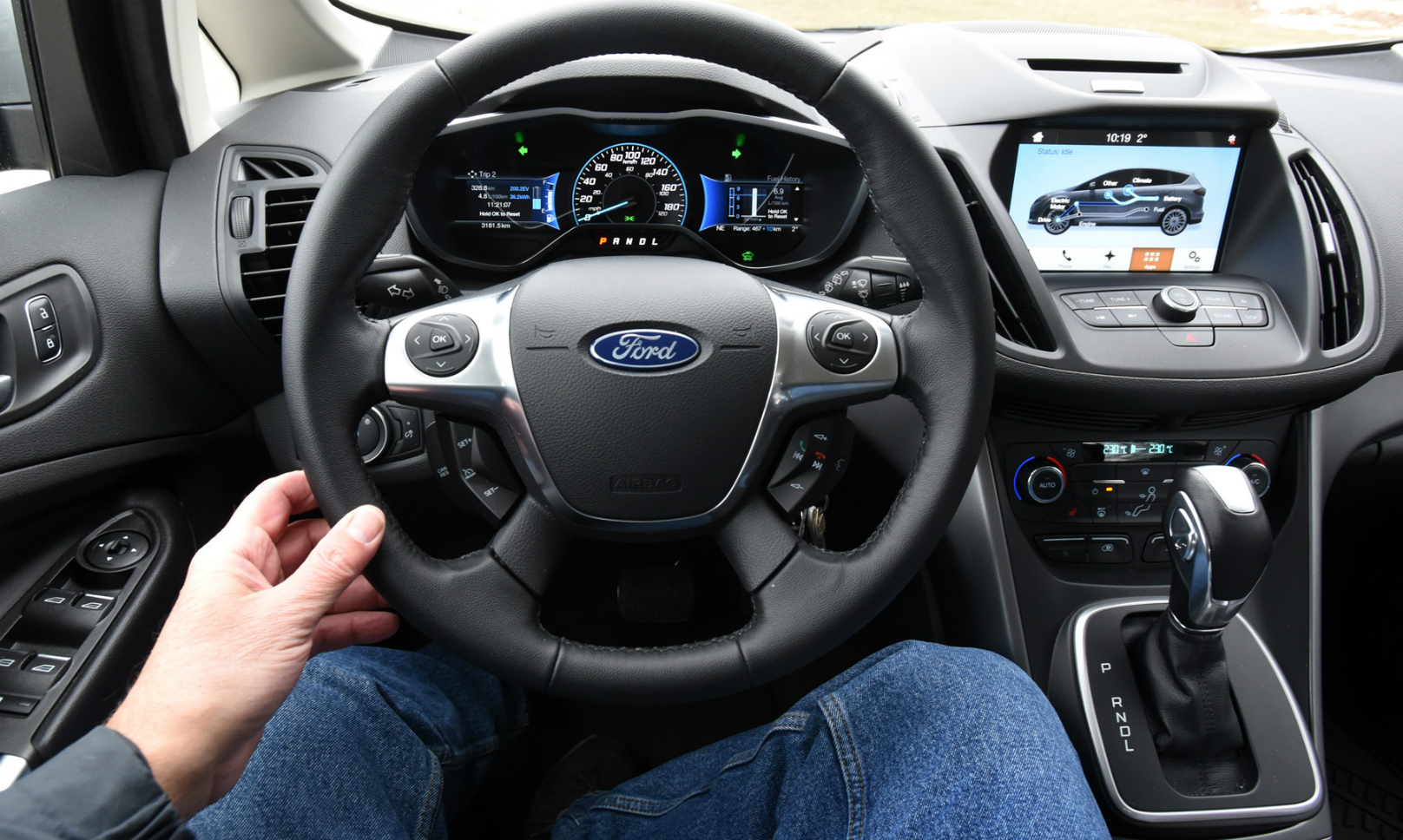 Here in North America, the C-Max is a little more specialized and limited to a one-size, five-passenger layout powered by a choice of either hybrid or plug-in hybrid powertrains.

For 2017, the C-Max has had a mild facelift with redesigned grille openings, new headlights and taillights, new technologies, and some trim changes with added Titanium top-end models and new colours.

But you probably wouldn’t notice the changes because, frankly, you’d barely notice a C-Max in the first place. It’s an unobtrusive car that doesn’t exactly stand out in a crowd and, with its specialized powertrains; it is hardly a large presence in the automotive marketplace.

But, its tall-wagon architecture does provide roomy and adequate comfort for five and it hosts the kind of sustainable technologies to tweak the interest of early-adopters, tech-nerds and those that just like to thumb their noses at service stations as they drive by.

Both vehicles add electric oomph with a battery-driven 88 kW electric motor that ups the power total to a combined 188 hp. 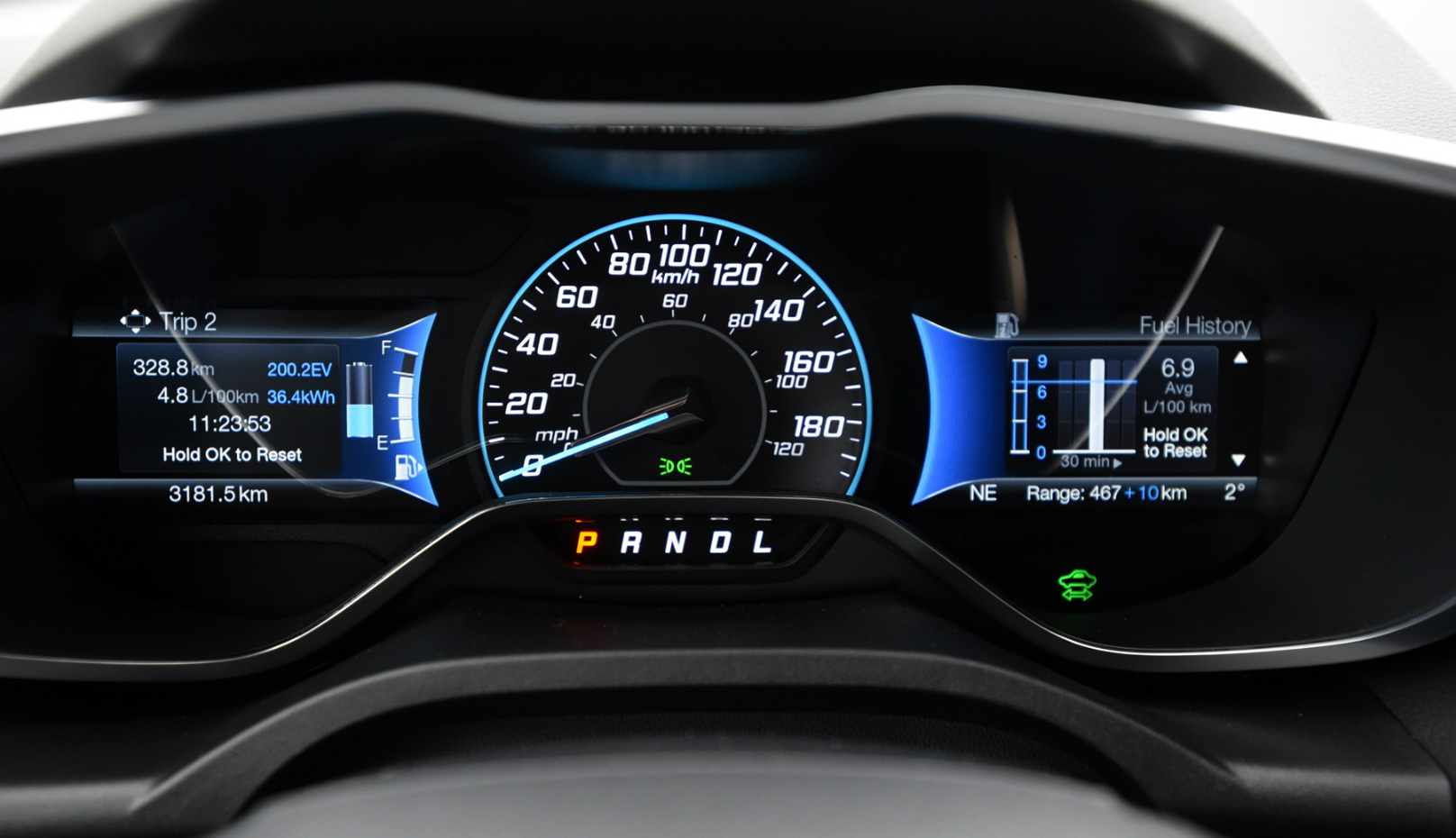 The main difference between the two is that the plug-in version harnesses a bigger Lithium-ion battery pack – producing 7.6 kWh instead of the hybrid’s 1.4 kWh power source. Consequences of that bigger battery include added weight (+117 kg) and less cargo room (see specs below).

On the plus side, however, according to Ford, the extra battery power allows for up to 32 km of electric-only. And the Energi can be easily recharged through the vehicle’s external charge port (7 hours at 120V or 2.5 hours at 240V).

Picked up an uncharged C-Max Energi and ran it as a simple hybrid for the first day, recovering up to 90 per cent inertial energy through regenerative braking power to translate back into EV power.

Charged overnight and fuel tank topped off. After using the 17 km of pure electric power, we are back to regular hybrid operation. Temperatures for the week will be below freezing. I will embrace the comforts of heating and make it a real-world test. On cold mornings you can select EV Later mode to warm up the car and then switch to EV Now or EV Auto. 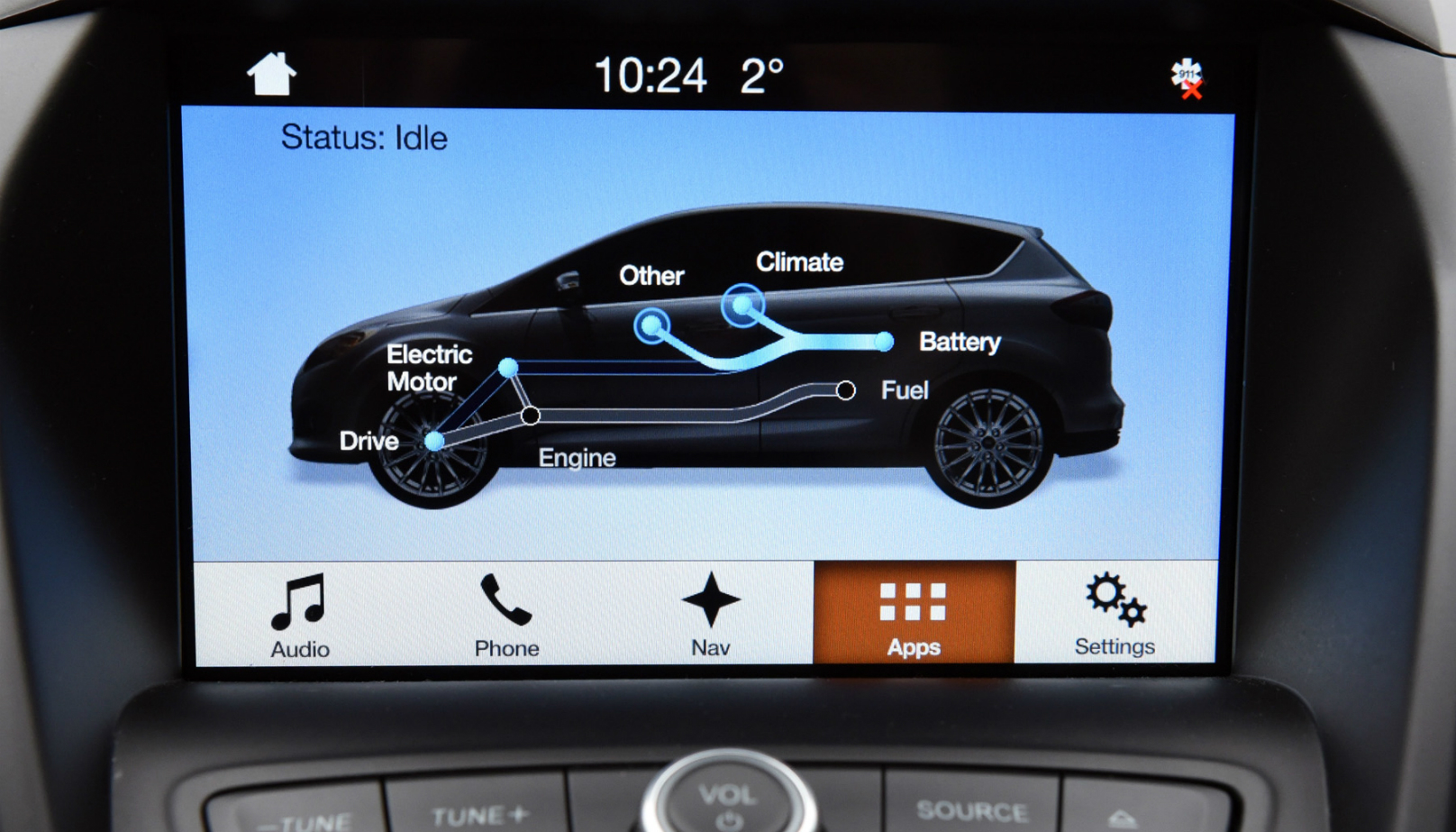 There are a few “intentional” charging stations in the area operated by credit card, mostly at malls, transit stations and hotels (ironically the Trump Hotel Toronto is one). And there are, umm, shall we say “unintentional” charging points – underground parking where one might find an unguarded outlet next to an open spot.

But I play it safe this time, go home for lunch, plug in for 45 min and regain 4 km.

Also Read: Where to find electric car charging stations in the GTA

Two passengers aboard today and, again, mostly urban driving, some highway. On longer drives you tend to forget the science and just enjoy the virtually seamless shifts between gasoline and electric power, the smooth and capable driving qualities of the C-Max Energi. 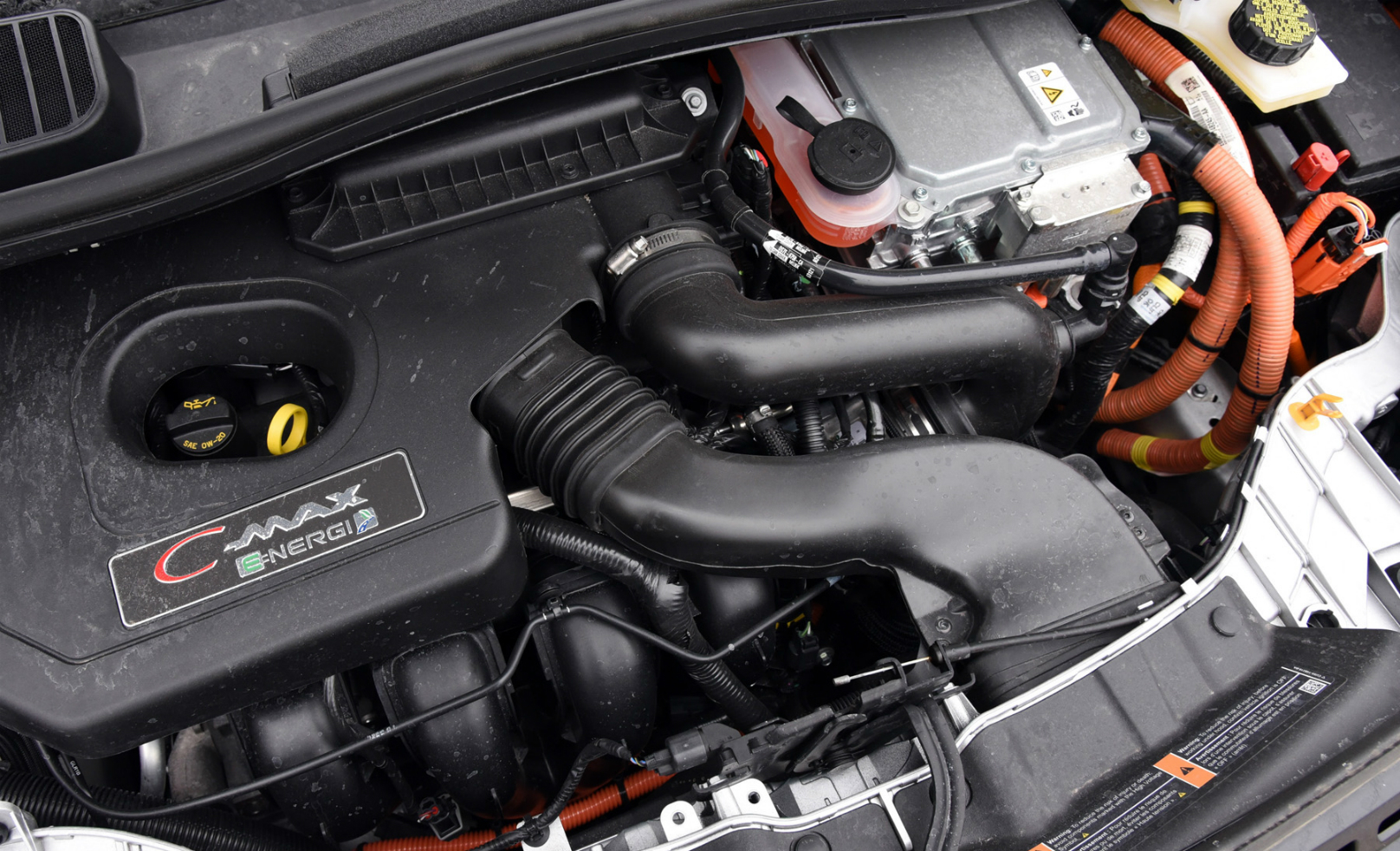 Driving like a granny this day for better results. Checked out free charging at the Home Depot but it wasn’t working. And that had gone unnoticed due to low demand.

A two-passenger highway trip into the city including long traffic jams. Fortunately, that’s where the idle-stop comes in.

A sleepy Sunday and, of course, the less driving you do, the higher your EV percentage and the better your fuel economy. Low mileage commuters would rarely have to fill up if they drove these amounts every day. 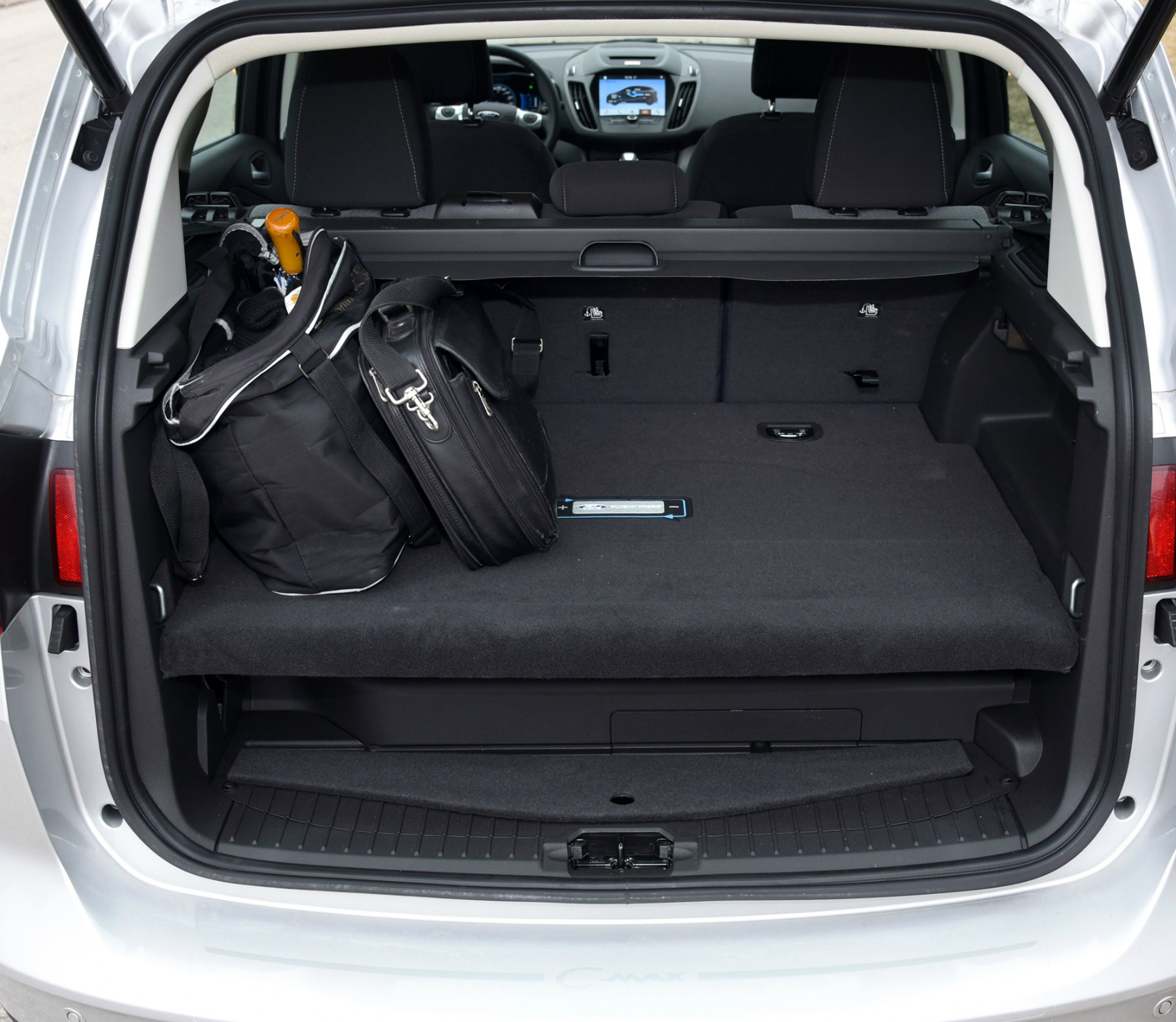 The end result of my test run worked out to a 5.3L/100km (comb) average after 323 km (including 195 km of EV operation). Hardly a big enough fuel usage difference compared to non-hybrid application of 2.0-litre Atkinson-cycle engines I’ve tested recently.

Recharging uses about 8 kWh per night, which, at an off-peak rate of $0.18 per kWh, is not too hard to take although there are the usual hydro delivery charges and other fees attached, thank you Ms. Wynne.

And, yes, we can debate endlessly about the justification of plug-in hybrid purchases but, as I’ve argued before, these judgments are based more on personal convictions about sustainability and environmental conscientiousness than on pure economics.

On the plus side, the C-Max Energi SE’s $29,828 starting price blow is softened by a $7,730 provincial rebate in Ontario and long haul commuters might consider the cost well worth the green licence plate that allows free HOV/HOT access.

You might not need a lab coat, pocket protector and slide rule but a little extra scientific research never hurts. 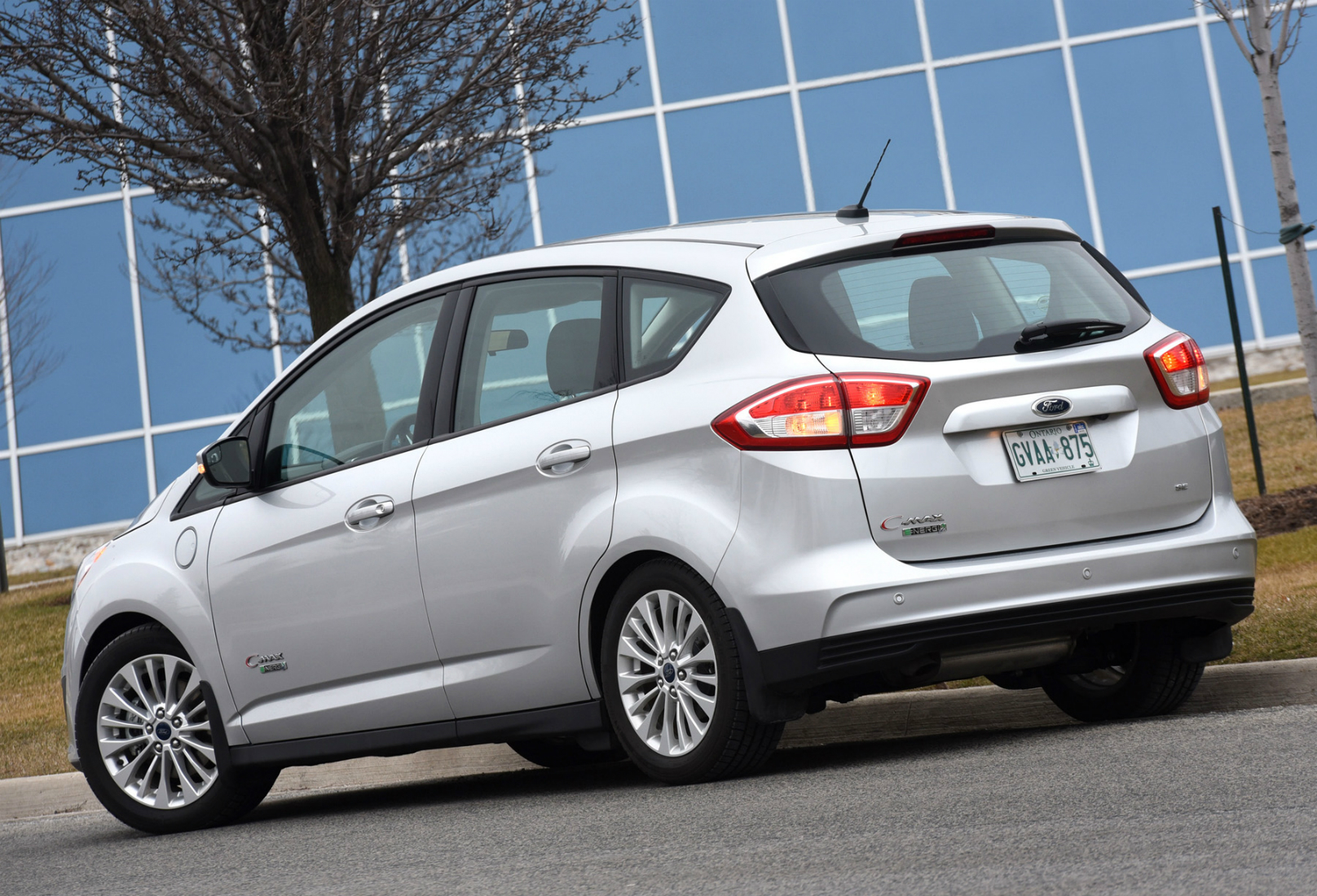