A group of automotive journalists were hanging about the other day, talking about the most significant cars ever made.

NURBURGRING, GERMANY/MUNICH, GERMANY/MOSPORT ONTARIO—A group of automotive journalists were hanging about the other day, talking about the most significant cars ever made.

The Porsche 911 got a lot of support. No, it’s not the bestselling car ever. It isn’t all that practical. And it is expensive.

But the essential concept has remained the same for more than half a century, and it still ranks as one of the most desirable, not to mention capable, sports cars ever.

The original concept, launched at the 1963 Frankfurt Motor Show, was called 901 — Porsche models were traditionally named after the code number assigned to the design project.

But it turns out Peugeot had some sort of trademark on all three-digit car model designations with a 0 in the middle, so Porsche added 10 to the model number and it’s been the 911 ever since.

The car has gone through three complete makeovers and several major upgrades over the years — officially, I think this is the seventh generation.

But apart from a four-cylinder model dubbed the 912 in the late-1960s (and resurrected for a brief period in the mid-’70s between the demise of the 914 and the launch of the 944), the concept has remained the same — a flat-six engine mounted behind the rear axle.

Today, there is a bewildering array of 911 models available, somewhere in the low 20s, depending on how you slice it. And the option list is so massive they surely could build the entire year’s production of 30,000-plus cars and never build the same configuration twice.

Over the past couple of weeks, I have tested the gamut of 911s, on roads and tracks, both locally and in Europe.

First up was the new 911 Carrera T, designed to be a more basic sports car. There is no back seat when fitted with the sports seats of our test cars. You don’t even get interior door handles — just straps attached to the door latch. 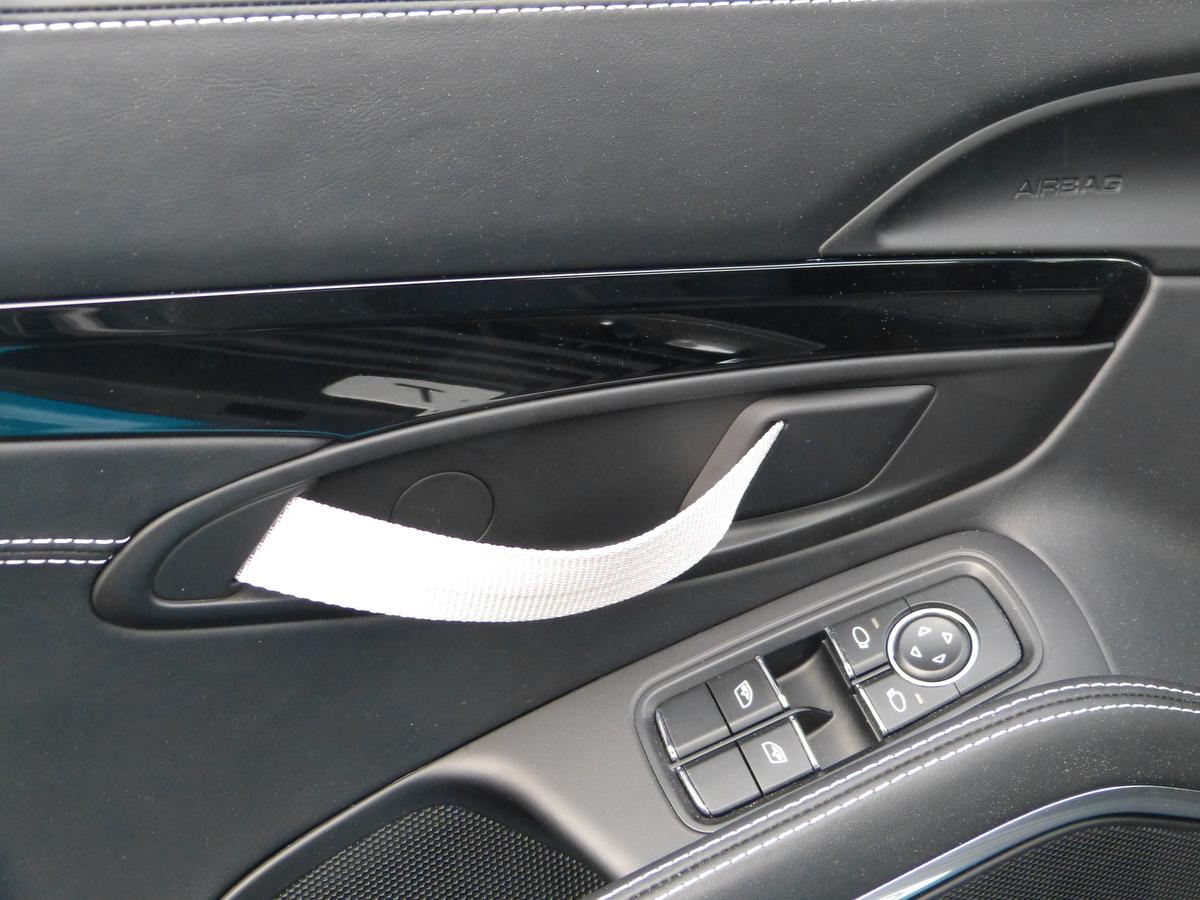 The base price is $116,500, but of course you can option that to the national debt of a small third-world country.

We drove this model in the environs of the famed Nurburgring race track, but not on the track itself. We headed south into the lovely Mosel Valley, then arced back up along some amazing and remarkably uncrowded roads.

We started our drive in a six-speed manual, which would be the dedicated sports car fan’s choice. The 3.0-litre twin-turbo flat six engine with 370 horsepower, same as in the base Carrera, has virtually no turbo lag, the boost coming on strong from about 1,700 r.p.m.

In Sport mode, you can activate Porsche’s rev-matching feature where, when you downshift, the car automatically blips the throttle to match the revs when you re-engage the clutch. Works a treat and makes every driver feel like a pro.

We then swapped into a PDK (Porsche’s dual-clutch transmission with paddle shifters) for the sprint home. Takes some of the elemental-ness away, but the car is faster with this transmission, so park your prejudices at the door and pretend you’re Lewis Hamilton.

Weight savings here and there are designed to maximize performance. Thinner glass in the rear and side windows means there’s a bit more noise inside the car. But it’s such a lovely noise, the sort of person attracted to this model won’t mind a bit.

German roads aren’t quite as perfectly paved as they once were, but they’re still way better than ours. Despite a slightly lowered and stiffened suspension, the 911 T swallowed it all up and spat it out. This would be the purist’s 911. 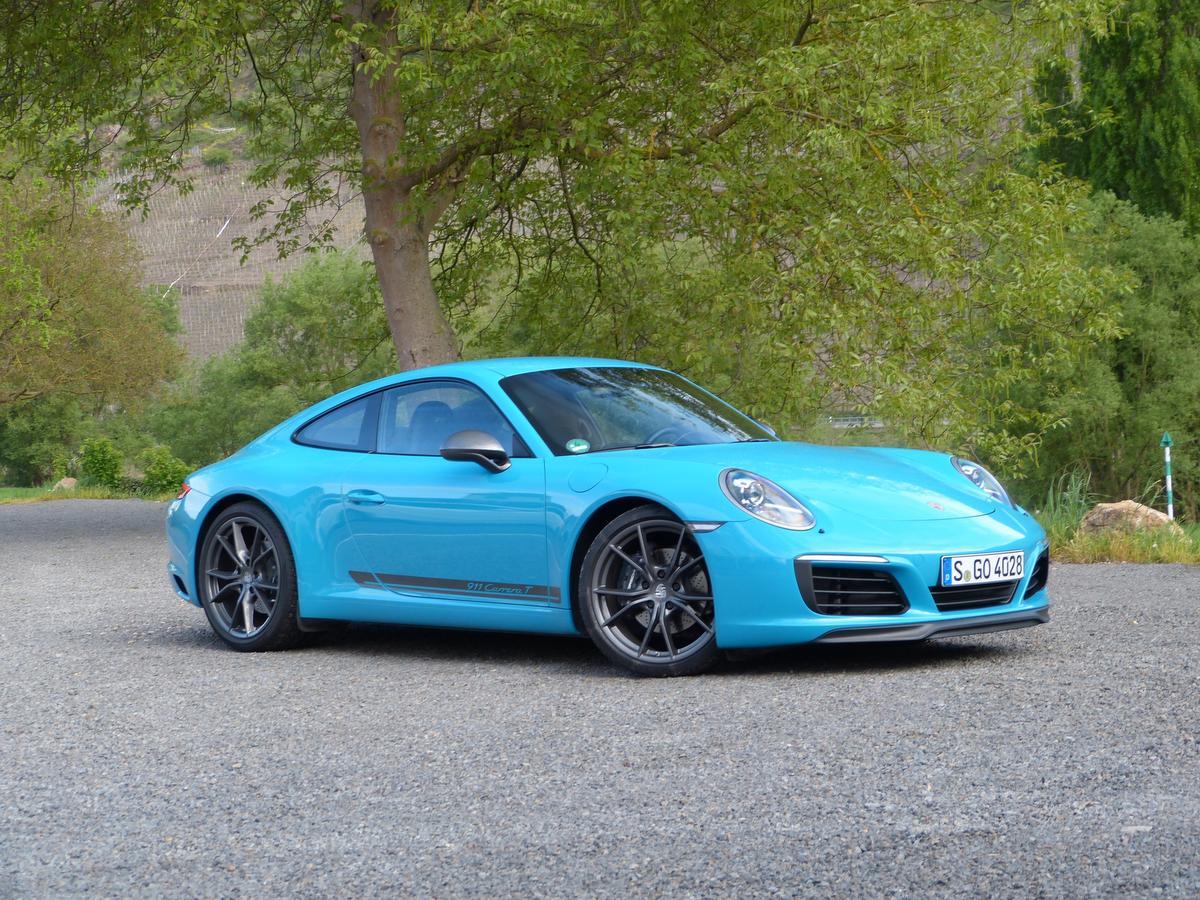 To make sure your neighbours know your 911 is different from theirs, the GT3 RS has a full set of aerodynamic components. But that’s not the real reason — they add downforce to keep the car stuck to the road at speeds up to 312 km/h.

We didn’t drive this car on the fabled Nordschleife — probably just as well, because unless you know all 20-plus km of that track perfectly, you’re spending all your time just trying not to kill yourself.

We were on the Grand Prix circuit, which believe me is challenging enough.

With fast cars on race tracks, we typically do a “lead-follow” — one of Porsche’s expert driver trainers leads in a GT2 and we play obedient little ducklings following him around. These people can tell pretty quickly if their charges have half a clue, and pick up the pace appropriately.

Not at all accidentally, I paired myself with the very quick Montrealer Gabriel Gelinas, himself a former racing instructor. He sure wouldn’t be holding me up. 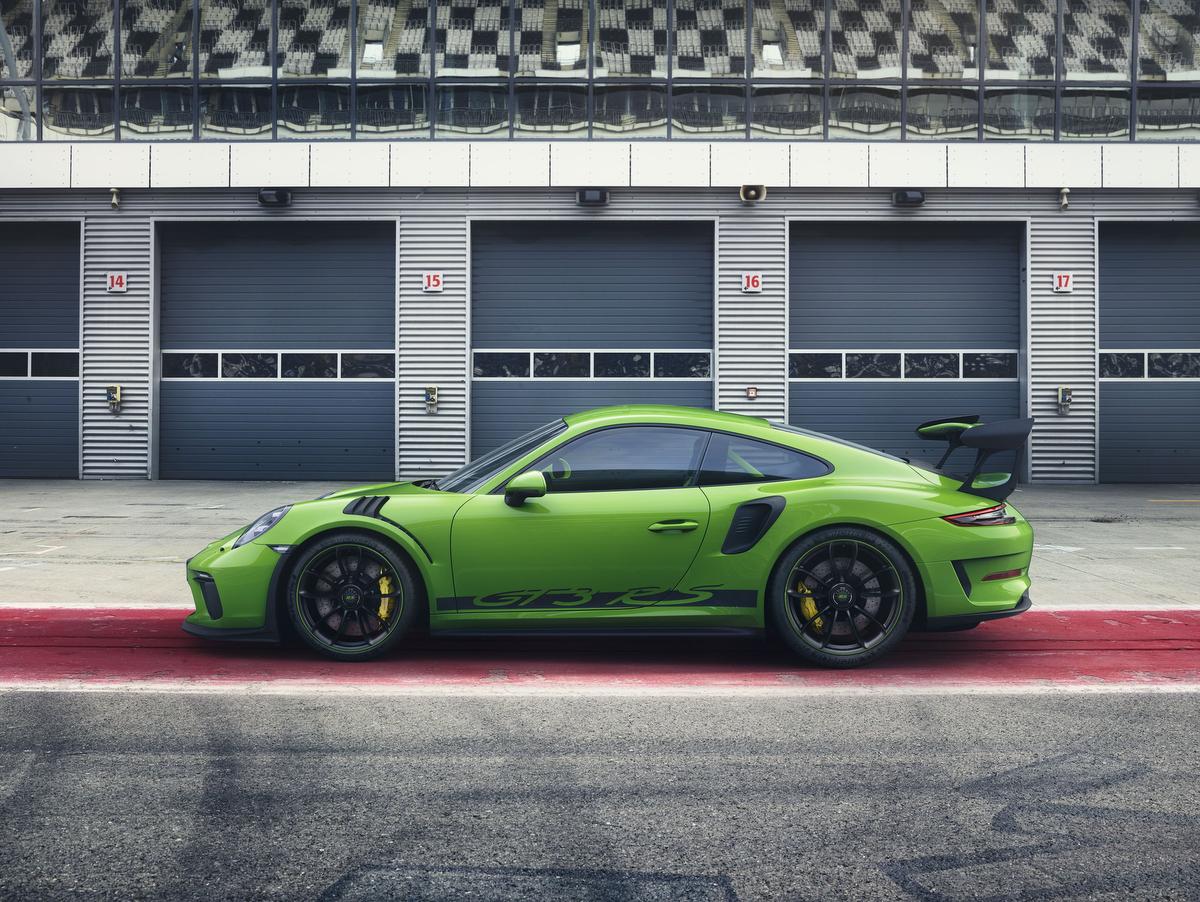 We were obliged to keep the traction control and directional stability control systems on, although at their most lenient settings. Unlike Porsches of the past, these things mean a tiny mistake doesn’t turn into a national-debt-sized repair bill.

Each session was six laps. One to warm up, two hot laps, then the two students swap positions so each has a chance to be right behind the instructor for two more laps. Finally, a cool-off lap to bring the brake temperatures back down out of the stratosphere.

The GT3 RS comes with a sport-turned version of the PDK. I knew I couldn’t shift this thing better than the car could by itself, but I did it anyway.

Wrong move. It took me a couple of laps to realize the red line on this car is upwards of 9,000 r.p.m. That’s my excuse for why Gabriel was pulling away from me just a shade.

Regardless, this car is beyond brilliant. Endless reserves of power, unbelievable grip, telepathic handling and stunningly good brakes.

Mind you, the suspension is set up for flat, smooth race tracks, so on the road it might get a bit bumpy. In a car like this, who cares? 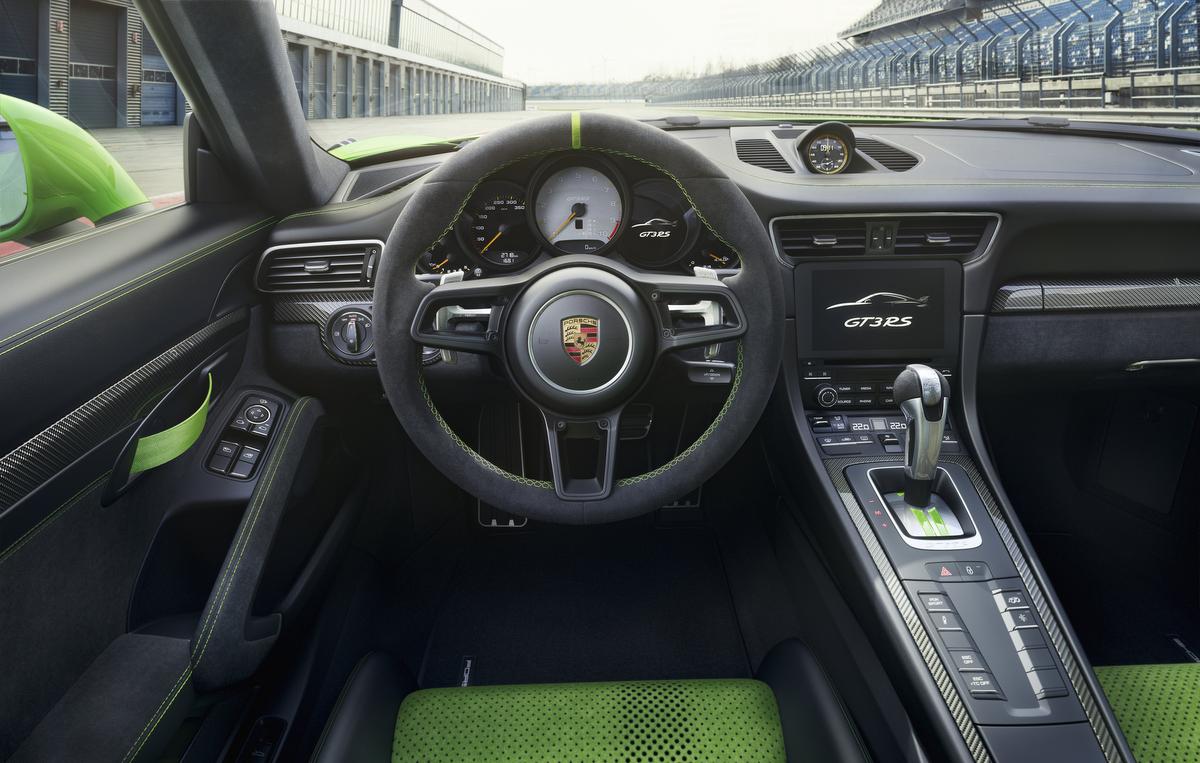 Speaking of the brakes, there’s one very cool feature on these cars — if the car is braking especially hard, the brake lights flash, providing extra warning to someone who might be following.

This made it easier to pick up the proper braking point when following a quick guy like Gabriel. If his brake lights weren’t flashing, I knew I had a bit in reserve.

No lap times were recorded, but I was able to stay within shouting distance of Gabriel, and he was not crawling all over my rear bumper when I was lead duckling, so it was all good.

We had two such sessions, about an hour apart. In between, I went out as a passenger with the chief instructor for some very hot laps. He gave me a few pointers showing where I could pick up a few 10ths here and there. You’ll have to take my word for it that I was — or at least felt — a lot quicker during our second session. And in some corners, I was actually catching Gabriel. That’s my story and I’m sticking to it.

A pretty good way to kill an afternoon.

A week and a bit later I was back in Germany, around Munich this time, for a half-day driving the non-RS GT3, which starts at $163,300.

A mere 500 horsepower, but we never felt under-gunned. Still lightning-quick. 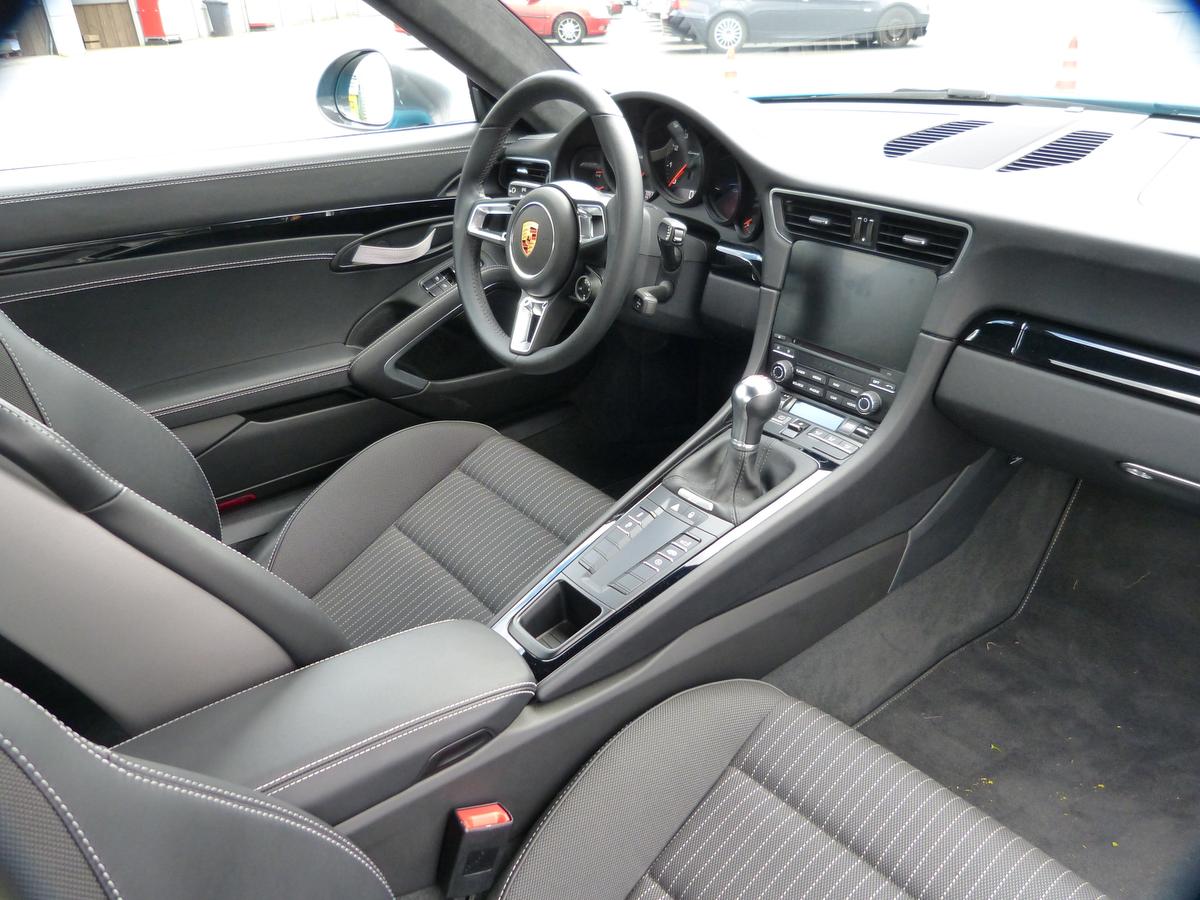 True, any GT3 is track-oriented, but this session proved you could live with this one on a day-to-day basis, provided you weren’t too fussy about ride quality.

My Pure Porsche month ended with a daylong session at Mosport, again in the GT3, again in a lead-follow situation, sadly this time not with Gabriel as my partner. Still, Mosport remains one of the most challenging race tracks anywhere.

The big surprise? Well, not a total surprise because it was rumoured, but we got the chance to drive the GT2 RS. On the full Mosport track.

Sure, still lead-follow, with the instructor in a GT3 ahead and two GT3s behind. The instructor’s talent and the added power of the GT2 meant we left the other two ducklings in our metaphorical dust.

This car is even faster, with a twin-turbo 4.0-litre flat-six putting a stunning 700 horsepower under your right foot, yielding a 0-to-100 km/h time of 2.8 seconds.

Sure, it’s nuts for the street. And at $334,000, it sure isn’t for everybody. But it’s the closest to a pure racing Porsche as I’m ever likely to get.

I’ll close with my favourite quote, attributed to the original Dr. Porsche. He said that when we eventually figure out better ways to move people and stuff around, we will still want to drive sports cars for the sheer pleasure they bring.

Here’s to the next half-century. 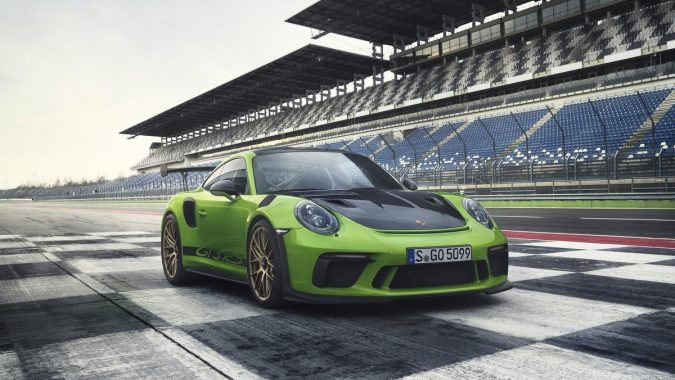 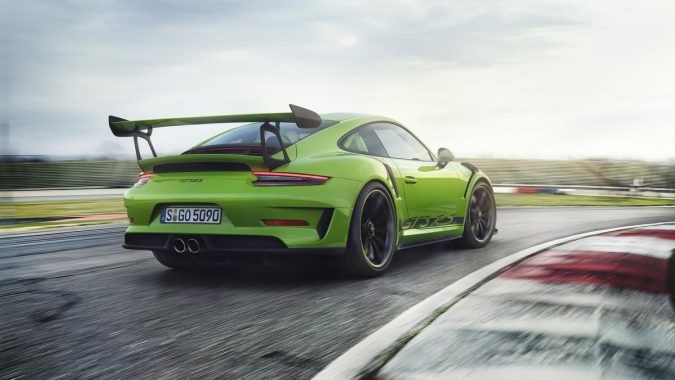 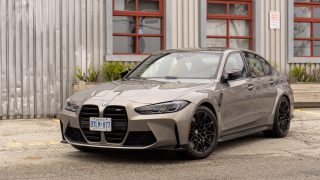 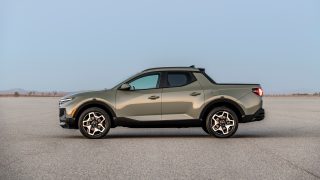 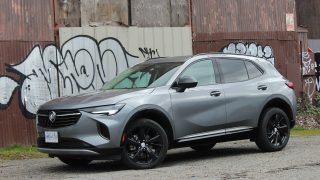 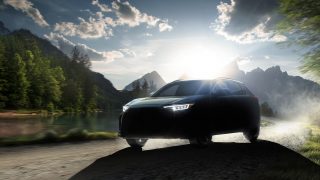 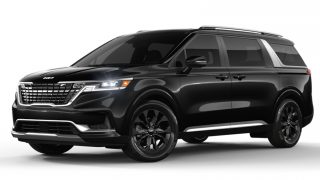 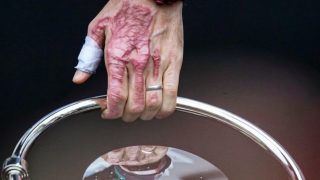 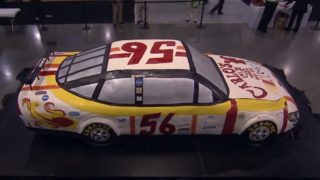 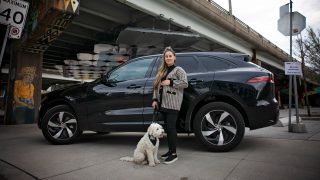 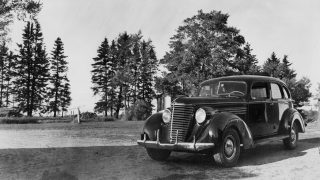