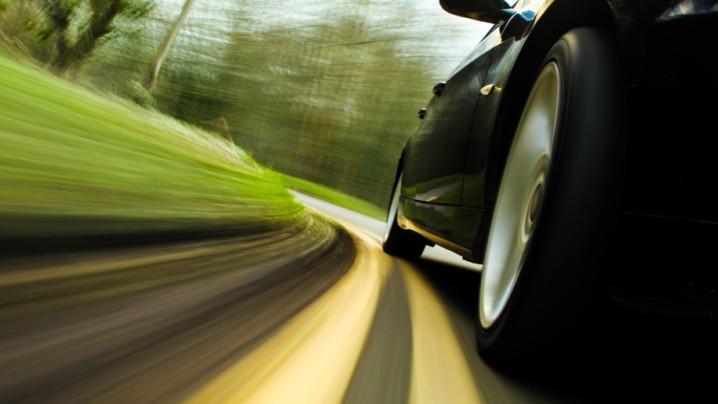 Lightning didn't strike twice for Ford. The second-generation Taurus was neither the critical nor the sales success of the original, although it followed the same formula.

Take a car that's every inch a 3 Series BMW, add open air and sunshine, and you can't miss.

If any company deserves to be called Wagonmaster, it would have to be Volvo. Worldwide, wagons make up almost a third of the company's sales.

As the 2001 Oldsmobile Aurora goes on sale right now, it marks the complete overhaul of General Motors' full-size cars. As such, it embodies everything that the world's No. 1 carmaker is doi

For any parent of a child under 10, this is a warning: If you are shopping for a new vehicle, do not let your kid see this one, or you will end up driving it home.

Despite Porsche having told me they'd be running press cars through the winter for the first time this year, I'd avoided calling Porsche over the winter, not wishing to risk an expensive car

On a 38 per cent grade, at 1,860 metres above sea level, the four-wheel drive system locked up, the 200 hp V6 sport-ute was slowing to a crawl. Had someone miscalculated?

A cross between a pickup truck and a sport utility vehicle, the Sport Trac's target audience is primarily surfers, parasailers, mountain bikers, snowboarders and other such adventurous twenty-som

The whitehaired gentleman in the courtyard of the Royal Palms Hotel was mightily impressed when he saw the Audi TT Roadster.

The contrasts between the Swedish automaker Saab's two higher-performance models revealed the right and wrong ways to get some extra zip from a car in this hightech age.

One of the year's finest days is when I go outside without my winter coat on for the first time. It's so liberating. This year, the feeling came a few weeks early when I slid behind the whee

Masquerading as a sport utility truck, the Dodge Durango is a do-it-all vehicle with full-size capabilities.

If there were such a thing as a Coolest Car of the Year award, they could FedEx it to Chrysler right now.

Instead of driving around in trucks, Europeans prefer smooth, comfortable, fast, efficient, nimble all-wheel drive passenger cars, wagons if they need the space.

Call it perverse, but I enjoy cars that challenge me, that don't behave exactly as I would expect them to. My red and silver Kia Sportage, with gray leather interior, is a pointed case.

The thing is, a car company doesn't get very far if it kills off its best customers. Which is why the new Porsche 911 Turbo is so benign.