Any Odyssey would be fun with this Honda minivan

There’s nothing mini about it. The 2016 Honda Odyssey drives like a car, seats eight, and has the storage capacity of a much bigger van.

Yes, SUVs have stolen some of the sales from the minivan segment but for hauling families around to soccer, hockey, dance and weekend getaways, nothing beats the ease and comfort of a minivan.

When my family was younger, our Chevrolet Venture then Dodge Caravan handled the hauling duties. They were great for what they did. Nothing special, just load the family in and off we went.

That’s not the case anymore. 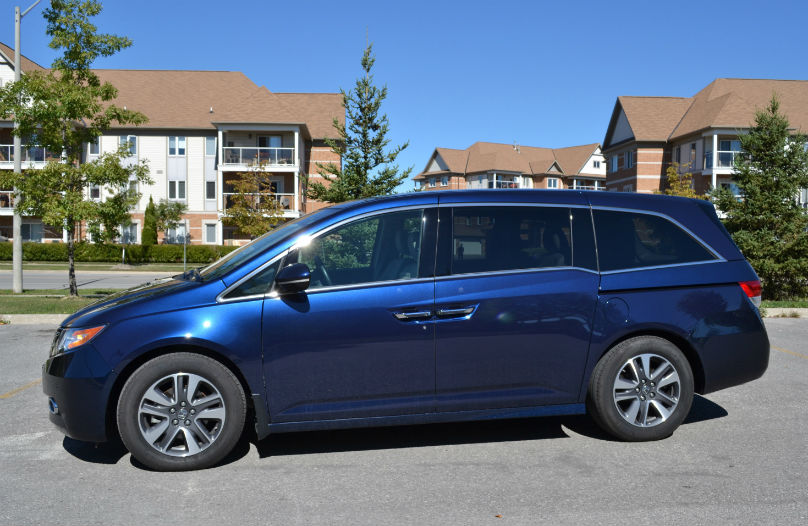 Minivans can stand up against the best cars and trucks for style and substance and one of the best in the segment is the Honda Odyssey.

There isn’t a nook or cranny in this van that isn’t used to its potential.

The Odyssey comes in numerous trim levels starting with the base LX, at a $30,700 starting price, up to the Touring trim, with a starting price of $48,800. 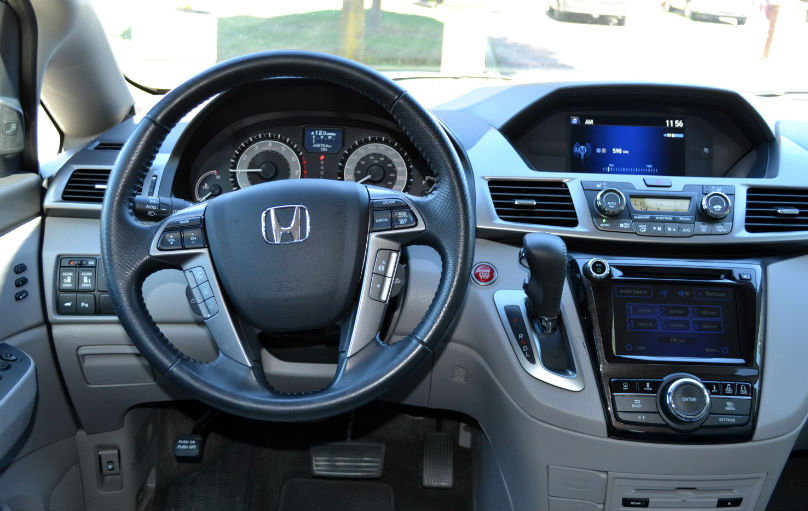 My tester for the week was the Touring in a stand-out blue pearl exterior paint and even after the week I hadn’t discovered all its options.

Let’s first talk about the drive. The Odyssey offers one engine, a 3.5 litre, six-cylinder with a six-speed automatic transmission. On the road and highway, you would think you were driving a car. The drive is very smooth and acceleration and handling are excellent.

The gear shifter sits on the dash just to the left of the infotainment system and while it suits the look of the dash, its sits just where my hand normally hangs holding my morning tea. A small nagging issue but one that I forgot every morning I got behind the wheel.

The Touring level is loaded with safety features including a back-up camera, and a blind spot warning system that flashes near the front mirrors letting you know when another vehicle is in your blind-spot.

Other safety features include forward collision and lane departure warning.

Inside the Odyssey your kids may never want to get out of the van. 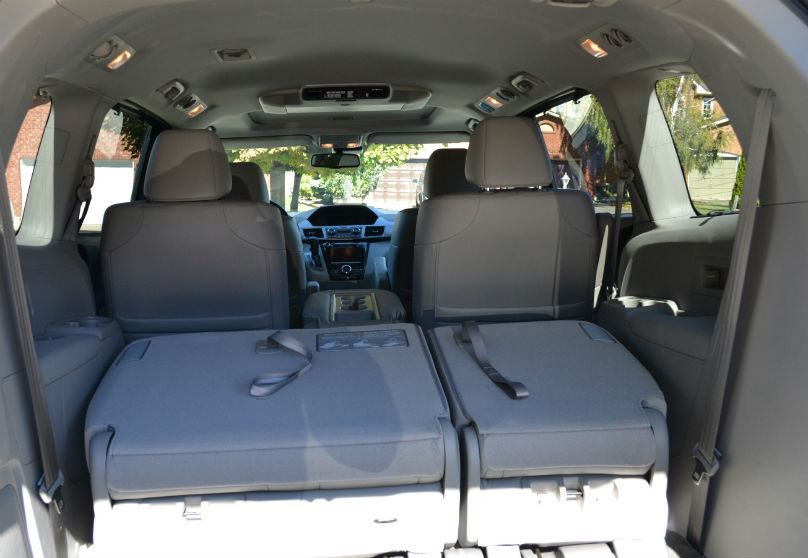 The Touring features a 16.2-inch ultrawide DVD system with wireless headsets and personal surround sound. This van has a better entertainment system than many homes.

ALSO READ: Road Trip: Toyota Sienna not a van to strike out

While there is seating for eight, the middle passenger in the second and third row will be a little cramped. Getting in and out of the Odyssey is also a tight fit, as the second row seats don’t slide forward enough to allow easy access.

But if you want to use the van for hauling, the third-row seats fold easily into the floor with just a pull on a back strap and a quick flip. Much easier than with my old Caravan where I had to remove the third-row bench seats to allow more storage. 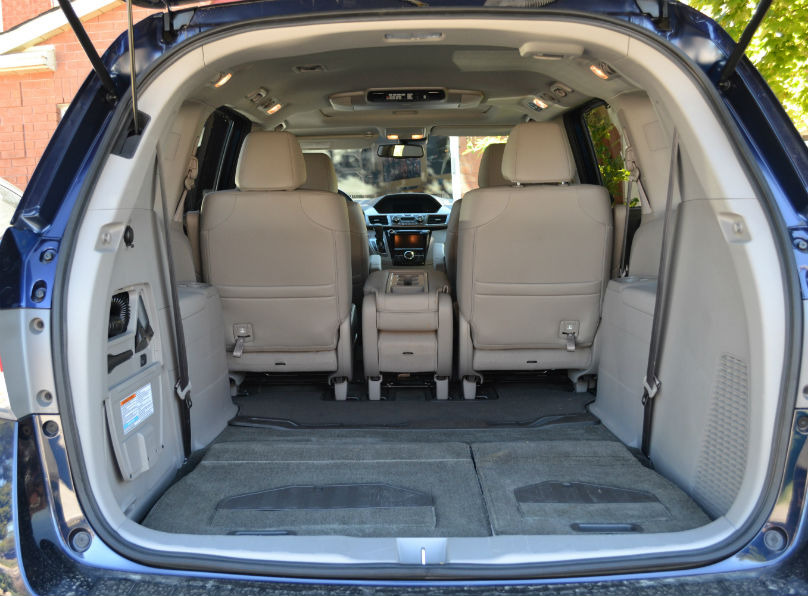 The second-row seats in the Odyssey can also be removed but it takes a little getting use to, to do quickly.

The Touring trim also comes with a HondaVac, built into the rear of the van, to clean up small messes. The vacuum can reach all the way to the front of the van.

Up front, the Odyssey features the dual screen prevalent on many Hondas. 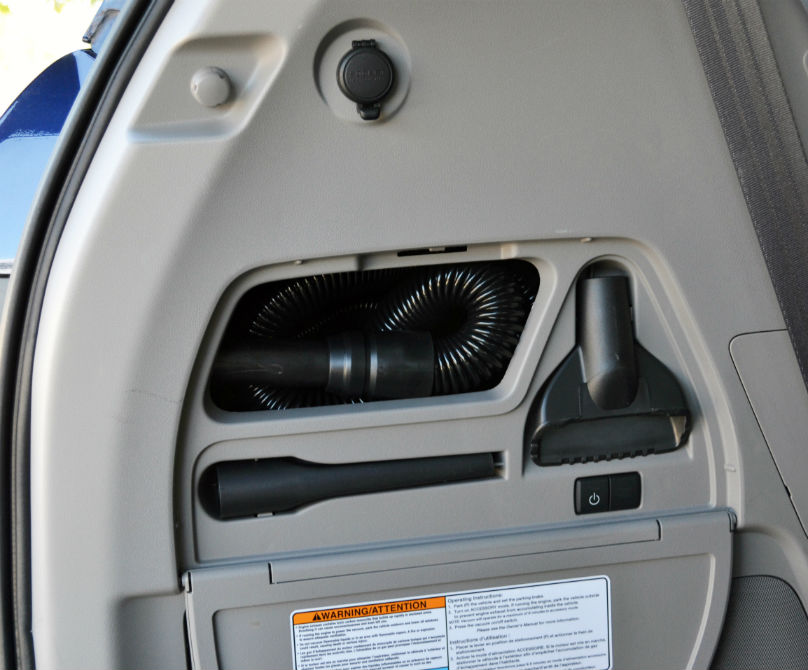 Last week I drove the Honda Accord and the two screens complemented each other. In this Odyssey, I found the bottom screen to serve little purpose.

I also had difficulty pairing my iPhone with the infotainment system. It kept saying my phone couldn’t be found, so after a while I gave up.

My week in the Odyssey proved you can have a family hauler that drives like a car with all the bells, whistles and safety features Canadian drivers expect in their vehicles. 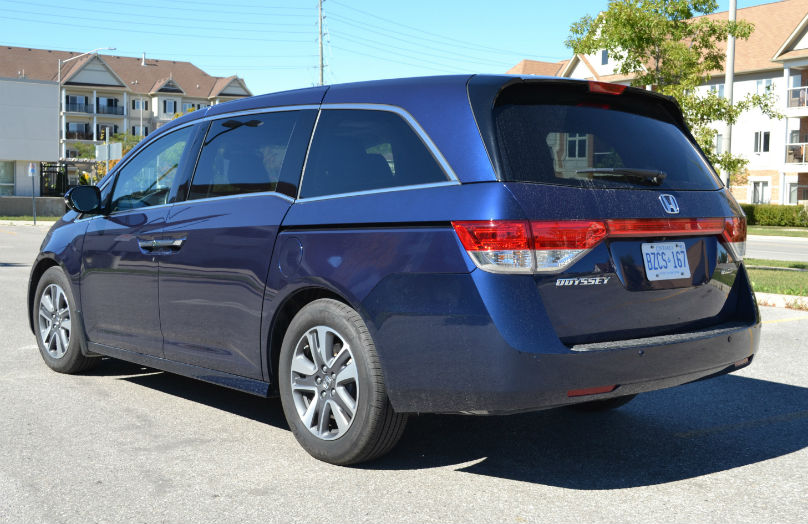