Nissan GT-R is every Inch a Supercar

The acceleration and handling is truly exceptional. In the end, there’s nothing in the same sort of price range that comes anywhere close to Godzilla’s performance levels.

The Nissan GT-R is usually viewed as the supercar slayer.

It’s made out to be some sort of upstart that just happens to out perform some of the most prestigious nameplates in the supercar business.

Well, after spending a few days with this monster it is no pretender!

The exterior has been updated and now incorporates Nissan’s “V-Motion” grill that is slightly larger for better engine cooling.

The hood has been redesigned and reinforced to enhance stability during high-speed driving.

The front bumper and front lip spoiler have also been reworked to produce higher levels of downforce, as well as to give the GT-R a more aggressive stance.

The rear end still incorporates the recognizable four-ring taillights, but they are mounted in a new tail that incorporates functional side air vents next to the quad exhaust tips.

The interior has been completely redesigned and upgraded for 2017 — it is much more luxurious and brings it into line with the other vehicles in its class. The entire dashboard and instrument cluster is new with a larger eight-inch display screen.

The rest of it is very driver-centric. 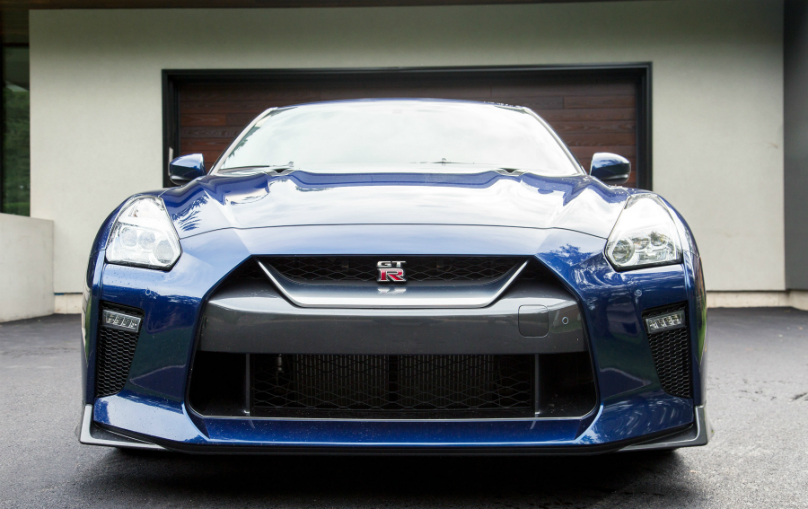 Most controls are within easy reach, making them readily accessed at speed. The new Display Command control in the centre console also allows easier operation of the integrated navigation and audio systems.

The paddle shifters are now mounted to the steering wheel, which allows the driver to switch gears mid-turn without having to take their hands off the wheel. It has been a long time coming, but it is a move for the better given the performance at play.

Getting in to the cockpit was easier than I envisioned — usually getting in and out of a performance car requires some acrobatic contortion, which means a less than graceful entry/exit.

The GT-R was easily entered and sliding into the tight, but very supportive, seat was a breeze.

The driving position was also comfortable without feeling like you are driving in a near-prone position. 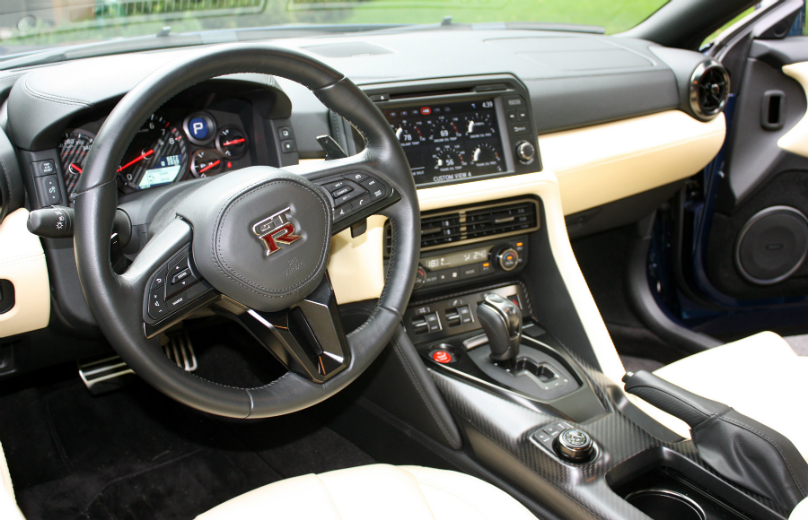 Nissan’s engineers have tweaked the ignition-timing control for each cylinder and increased the boost pressure. This work wrings an extra 20 horsepower out of the engine, and so it now pushes a mind blowing 565 hp.

There has also been a slight increase in torque bringing it to 467 lb/ft anywhere between 3,300 and 5,800 rpm. This delivers a long, flat torque plateau. The updated transmission has better shift characteristics, which means no interruption in the flow of power.

At first, I imagined wrestling with a behemoth on dry surfaces, but would it be too much of a handful on rain soaked roads?

That question was quickly put to rest, as I was surprised by how civilised the GT-R handled regular traffic and regardless of the driving conditions.

The power is very easily controlled through the gas and gearing. The suspension, while stiff, is nowhere near bone rattling and it’s certainly not uncomfortable.

You can change the suspension settings in the “R” control panel to comfort, but to be honest it was difficult to pick up on the difference.

It’s when you get on to the highway the GT-R comes alive — the sheer power this car puts down is stunning. 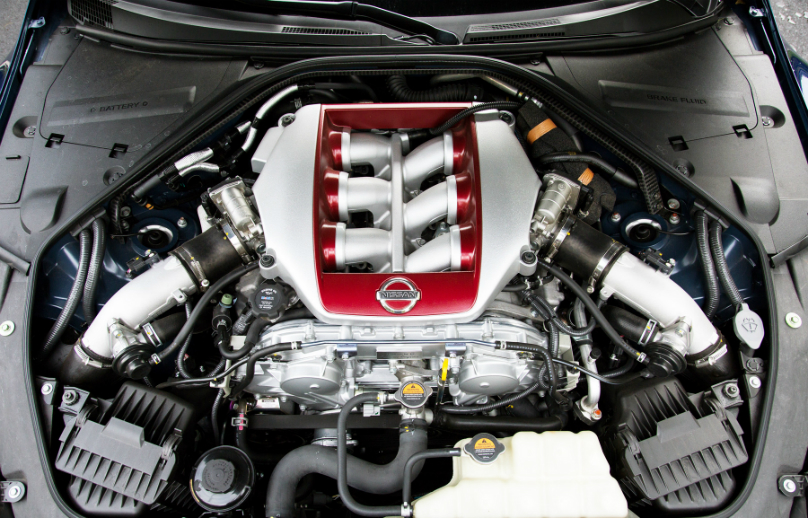 It literally throws you back into the seat as it accelerates up to speed.

The slightest touch of the gas pedal rockets the GT-R forward to car-impounding speeds in what feels like fractions of a second — the acceleration at this speed is just as aggressive as it is when pulling away.

The gear changes are smooth and quick while the steering is precise and nicely weighted.

The handling at this speed is still as controlled as if you were cruising at lower speeds.

The combination of the massive P255/40R20 front and P285/35R20 rear tires and ATTESA E-TS (Advanced Total Traction Engineering System for All-terrain Electronic Torque Split) all-wheel drive system keeps the car on track and going around corners as if on rails.

It directs most of the power to the back wheels to give the GT-R a rear-drive feel, but can split the power evenly whenever needed. This means there is very little wheel spin even when the road is wet. 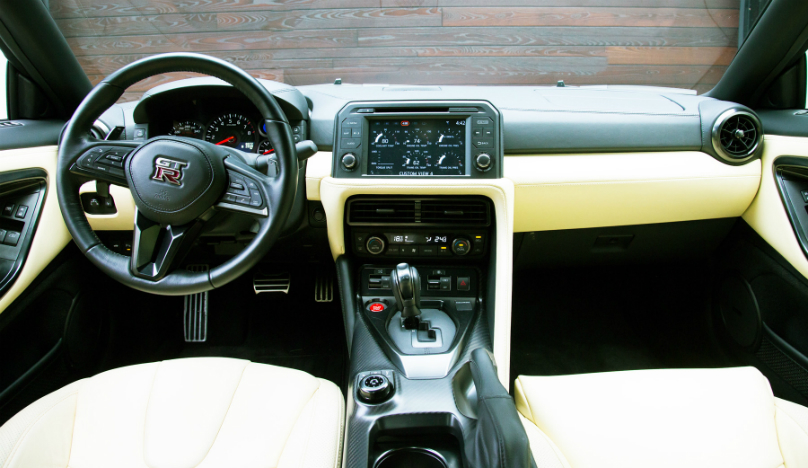 Finally, the GT-R’s deceleration is as aggressive as its acceleration with Brembo brakes feeling balanced under heavy braking. The system is also very good at keeping fade at bay.

I didn’t really get the opportunity to push the GT-R to its full potential — this should be reserved for a racetrack. The acceleration and handling is truly exceptional.

In the end, there’s nothing in the same sort of price range that comes anywhere close to Godzilla’s performance levels.

Not only is the GT-R a vehicle that handles the everyday commute in stride, it blows away most other supercars when a racetrack calls! 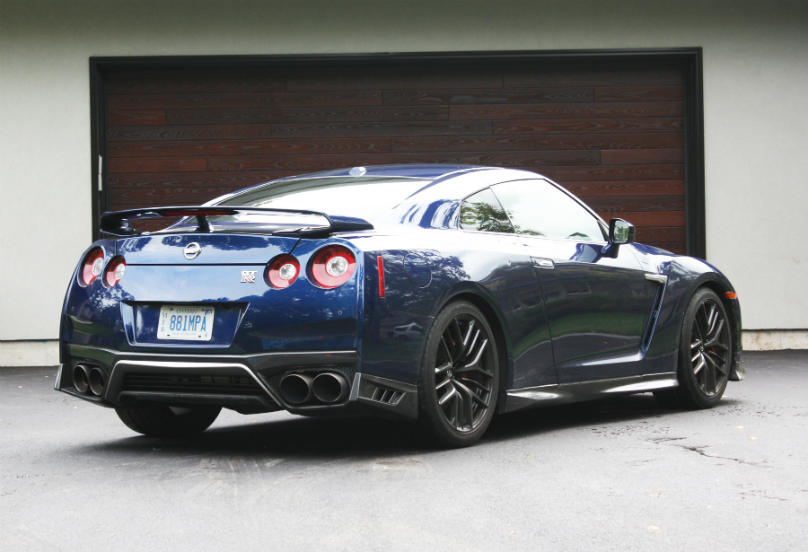