ESTEREL, QC: It’s not every winters day that you get invited to drive a rear-wheel-drive, sports convertible on ice and snow, but that is exactly what Nissan Canada did to introduce the 370Zki (pronounced 370 ski).

The 370Zki was a one-off prototype specifically put together for the recent Chicago Auto Show, it was so popular that Nissan decided to prove that it wasn’t just a display vehicle and that it could actually do as promoted.

This crazy half car, half snowmobile isn’t really that different from the traditional 370Z Roadster, it is fitted with the same 3.7-litre V6 engine and seven-speed transmission that pushes out 332 hp and 270lb/ft of torque that is more than adequate for a sports car, but is phenomenal for a snowmobile.

The really big difference is that all its wheels have been removed and replaced with tracks on the rear drive train and skis in place of the front wheels.

This is one of the craziest set ups I have seen in any car and screams adventure and fun.

Nissan Handed over a stock Roadster to The Westside Group in California who then took it apart and by adding a custom lift kit, higher engine mounts and a number of other components, managed to lift the body and components by approx. three inches. 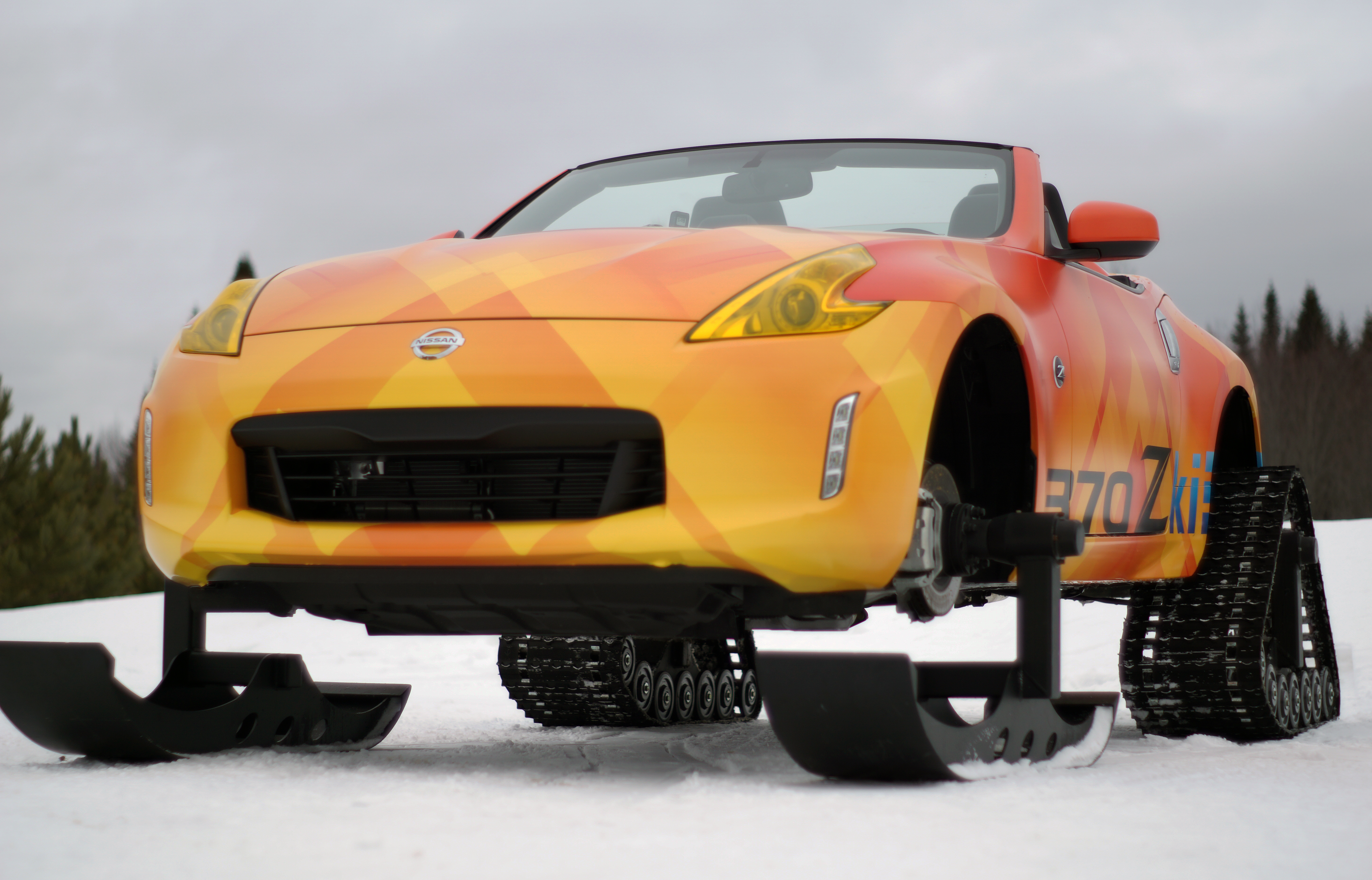 The bodywork at the rear had to be trimmed off to accommodate the wider tracks with wheel spacers added to enable the extra wide tracks to fit in the wells.

The brake lines and exhaust had to be re routed to accommodate the tracks but the braking system and steering surprisingly remained untouched.

The tracks (supplied by American Track Truck) are visually big measuring 122 cm long, 76 cm high and 38 cm wide that are driven by an upper sprocket wheel attached to the wheel mounts, as a normal wheel would be.

Steering is taken care of by two upfront skis that measure nearly a metre and a half long but mot quite as wide of the tracks.

The interior of the Zki is the same as the traditional roadster; nothing has been altered or changed to accommodate the exterior upgrades.

Getting in and out of the cabin takes a bit of extra stretching but once in the drivers seat everything appears and feels normal. 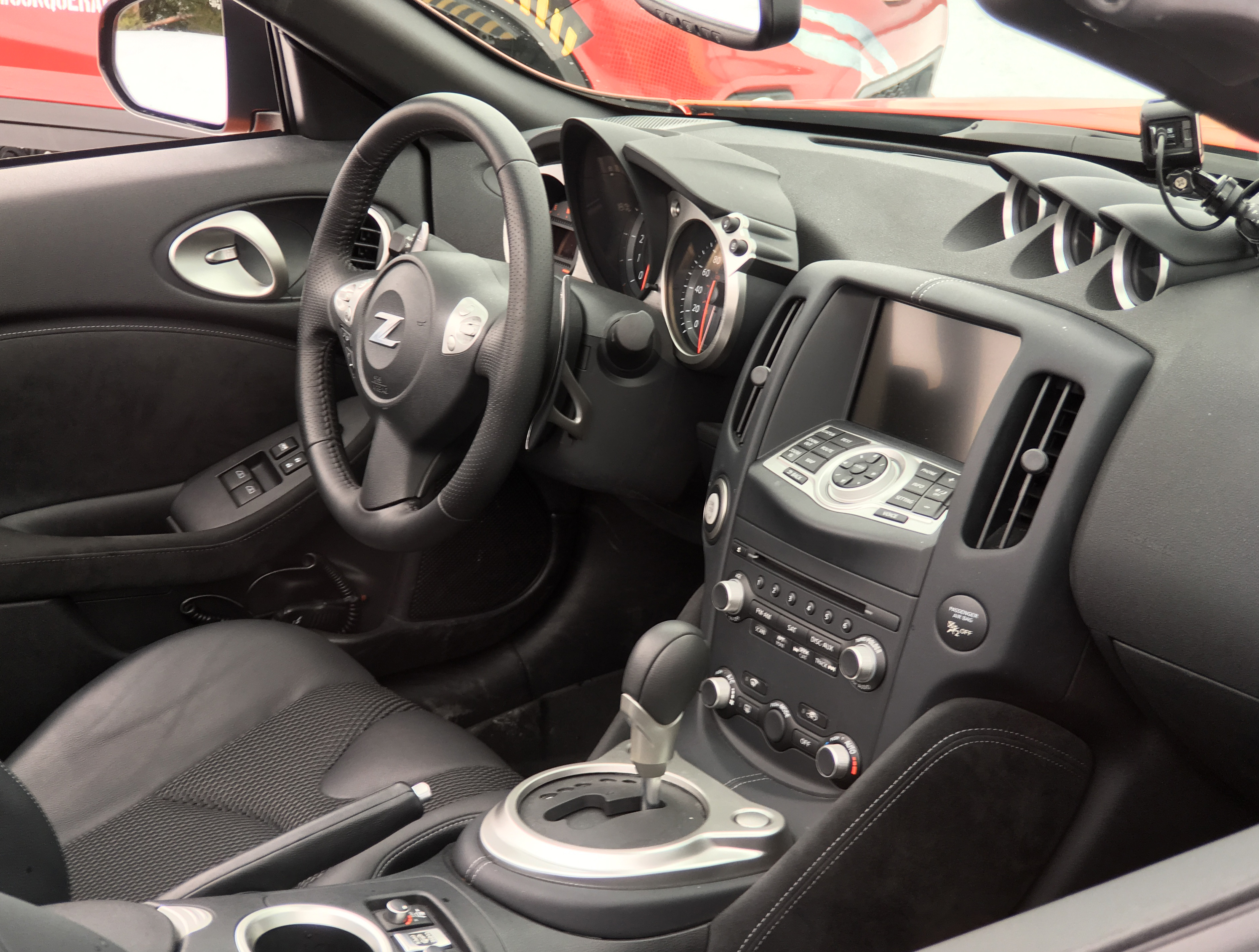 I was instructed that the only adjustments to my normal driving technique was to ensure that the Ski was in motion before attempting to turn the steering wheel, other than that I was told to drive as if in any other vehicle.

I had to wear a full-face helmet when in the car.

It did make me rather nervous about what I was really about to participate in, but my nerves were calmed as it was explained to me that it was to protect my face from flying ice and not the vehicle flipping over at the first turn of the steering wheel.

Pulling away was different. I wasn’t expecting the tracks to be so loud. Initially I thought I had managed to mangle the drive train, transmission and engine all at the same time, it did sound like all the mechanical parts had decided to do their own thing.

I was lucky enough to be on a private ice course on Circuit Mecaglisse so I didn’t have to worry about traffic and was given the thumbs up to open the car up.

Acceleration was niftier than I had anticipated and the Zki took off at a fair rate of knots, going into the first corner I had anticipated major understeer but was pleasantly surprised, yes there was some, but nowhere near as much as I had expected.

The rise itself was actually way more pleasant than I had anticipated as well. I had to keep a tight grip on the steering as the skis tended to follow older tracks made in the snow and took some wrestling of the wheel to bring it back in line. 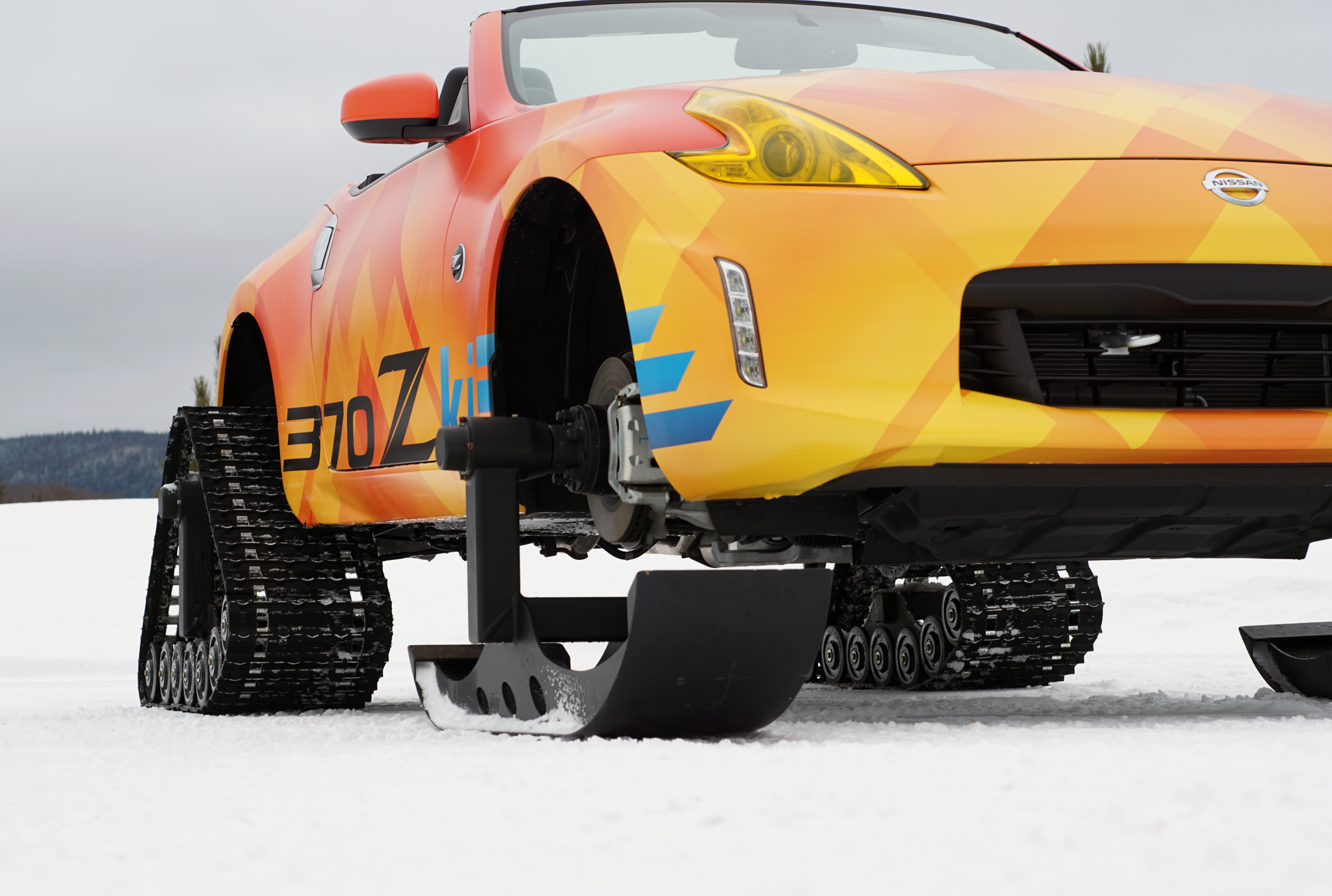 After a few laps of the circuit my confidence started to grow and I started to push the Zki harder.

This was an amazing feeling, the noise from the tracks started to sound like engine roar and with the wind blowing in my face I started to imagine I was actually racing an open wheel racecar.

I still had to concentrate when cornering and there was a few times the back end and tracks did manage to break away from me. This isn’t surprising considering how much the weight of the car had been spread out over a much larger footprint than with wheels.

Unfortunately, my time behind the wheel was used up and I had to return to let others drive it.

If I had been truly selfish I could have played all day in the Zki.

I can’t remember the last time I had so much fun driving any car.

Nissan certainly proved that the 370Zki isn’t just for display, it is as rugged and as sleek as it looks and above all is way more fun to drive than I ever anticipated.

Although this is a one-off prototype I was lead to believe that it can actually be built and, once all the modifications have been completed to the original car, the transition from car to snowmobile can be completed in under an hour. 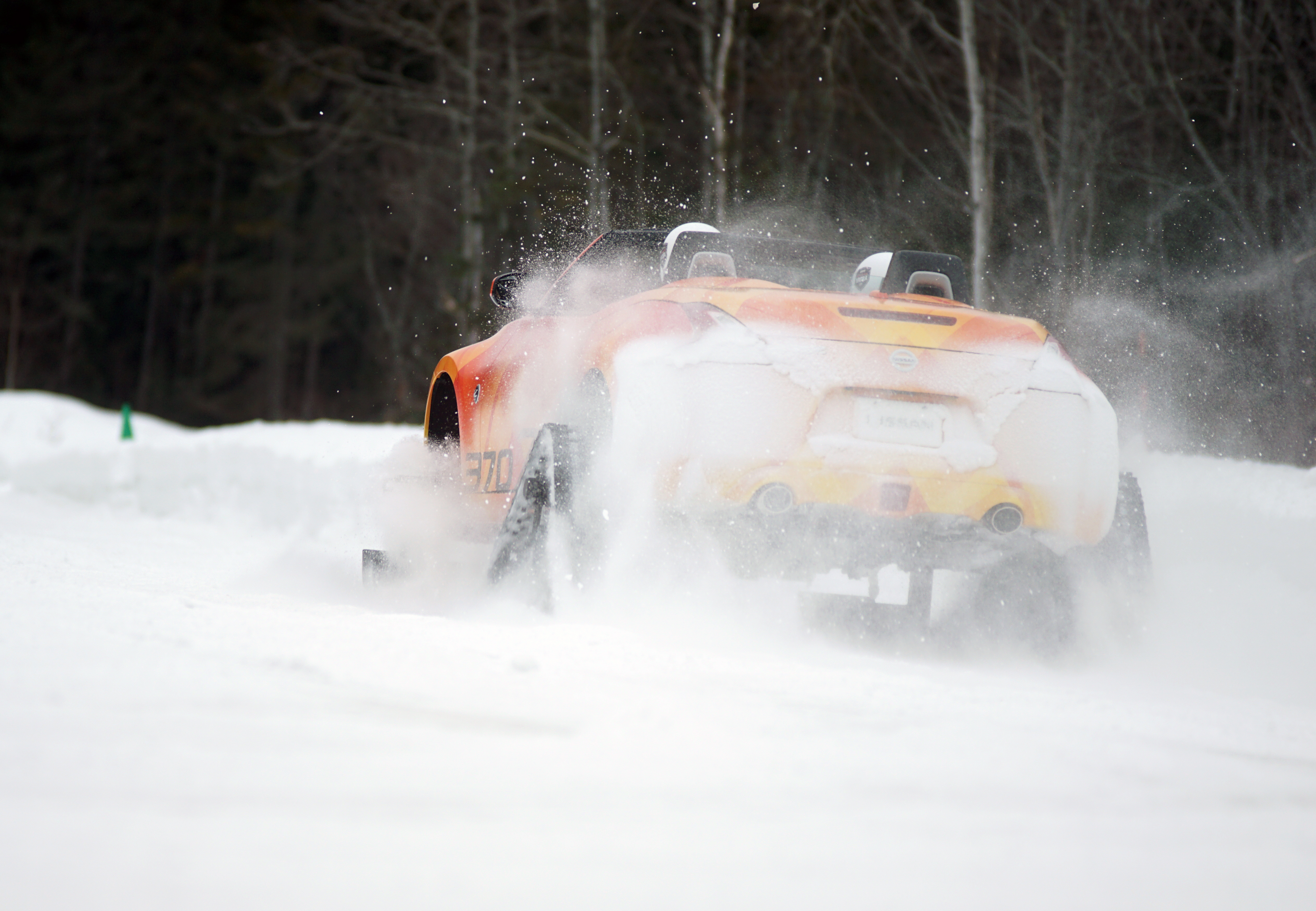