Volvo’s flagship sedan carries on with the company's successful run, with drop-dead-gorgeous styling

MALAGA, SPAIN — I was skeptical about it at the time, but Volvo has certainly turned itself around. Just two years ago, its U.S. sales were plummeting, its plan to concentrate on four-cylinder engines in even its largest vehicles seemed odd, and it was down to so few models in Canada that I suspected it might actually close its doors here and go home.

Instead, the Swedish automaker bounced back with the all-new XC90 luxury SUV that was light years ahead of the model it replaced. And now, it follows that up with the next “90 cluster” models, as the company puts it: the stunning S90 sedan and V90 wagon.

They use the company’s “scalable” 90-series architecture, a platform that can be stretched or reduced depending on the vehicle’s size, along with the XC90’s driveline.

Both will be 2017 models, but the S90 will arrive first this September, with a starting price of $56,900 for the entry Momentum trim, and $63,000 for the upper-line Inscription. The wagon will go on sale in the first quarter of 2017, along with a Cross Country version featuring higher ground clearance and crossover-style exterior cladding, with prices announced closer to the launch date. 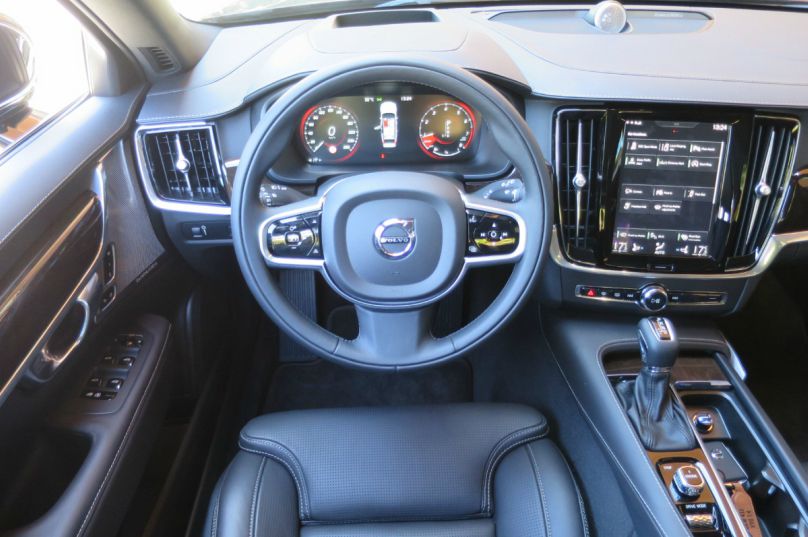 All will initially come to market with a 2.0-litre engine, dubbed the T6, which churns out 316 horsepower thanks to a combination of both turbocharging and supercharging. While Volvo won’t commit to us just yet, we could also eventually see a turbocharged-only 2.0-litre, called the T5, and possibly a plug-in hybrid version called the T8.

All of our models will be all-wheel drive, using a system that primarily powers the front wheels but can shift torque to the rear ones if the front loses traction. The U.S. market gets a front-wheel-only version too, but in Canada, the take rate is usually so strong on all-wheel that there isn’t much sense offering both.

The engine, with its two types of forced-air induction, is a thing of beauty. The supercharger boosts the power at the lower end, while the turbo adds oompf in the higher revs. The result is strong, linear acceleration with virtually no lag, and Volvo claims a zero-to-100 km/h time of 5.9 seconds.

It doesn’t feel like the front wheels are pulling it around, and the car seems light and drives smaller than it is. I found the steering a bit too stiff for my liking, but it responds accurately. The transmission is smooth when the drive mode is set to the Comfort setting, but it can downshift harshly and abruptly when in Dynamic mode.

But for all that, this isn’t a sports sedan. Volvo readily admits that, even while targeting competitors such as Audi’s A6 or the Cadillac CTS. Above all, this is intended as a luxury sedan. 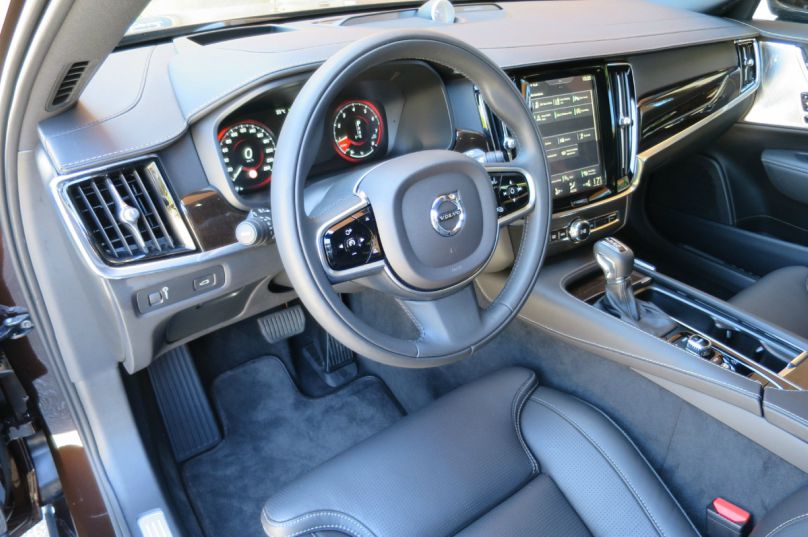 And to that end, it is. The interior styling is smoothly Scandinavian and richly appointed. Traffic noise magically disappears when you close the windows (although there was a fair bit of wind noise when the weather turned breezy), the seats are extremely comfortable and supportive, and above all, the gorgeous design just makes you stop and stare.

Many of the interior styling cues are shared with the XC90, including a huge centre screen that you swipe like a tablet to access the functions. There are a few things in there that I’d prefer to see as hard buttons, such as the cabin temperature, but the system is intuitive overall.

This newest 90 also comes with the company’s latest safety-system updates. Both trims come standard with City Safety, which can bring the car to a halt if you’re about to smack into another vehicle, a cyclist, or a pedestrian, but the system now includes the ability to detect large animals such as deer or moose. If you start to drive off the road, the new road-edge and barrier detection system can automatically brake and steer to bring you back. And the Pilot Assist system, which uses adaptive cruise control and lane departure assist to keep the vehicle between the lines and at the right distance from whatever’s in front, can now operate at speeds up to 130 km/h, versus the previous 55 km/h. It’s intended as a driver assist system to reduce fatigue on highway driving, but it’s also a building block towards autonomous driving.

But while those are included on both trim lines, it’s odd that Volvo—the original safety-car company—bundles its blind-spot and cross-traffic alert system into an option package that includes such other features as auto-dimming mirrors and parking assist, for an additional $2,000. Really?

And while the lower-level Momentum trim comes with navigation, a sunroof, a power trunk and Internet hot spot capabilities, it’ll cost you another $400 if you want Apple CarPlay with it.

But those curious omissions aside, Volvo has turned out two gorgeous cars that should help move it firmly back into the market it was in danger of losing. The company’s name is based on the Latin term for “I roll,” and that’s exactly what Volvo appears to be on these days. 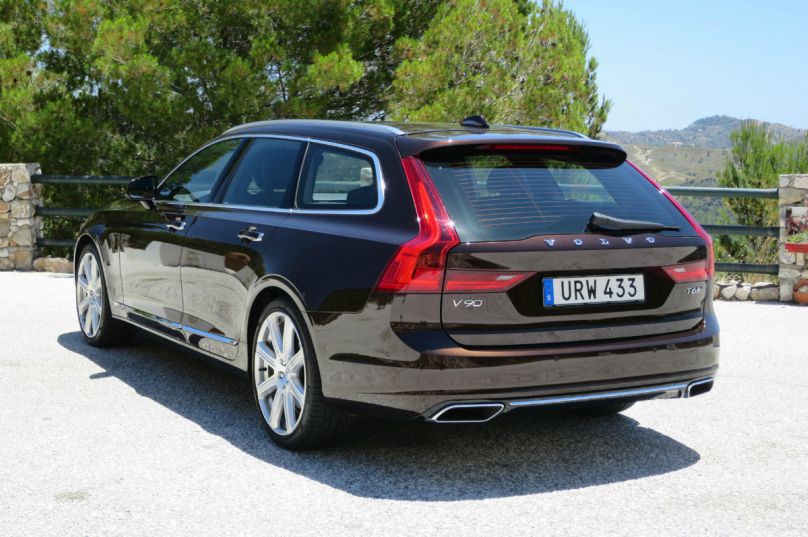 INTERIOR: Comfortable, but not a lot of convenient small-item storage

WHAT YOU’LL LIKE ABOUT THIS CAR: Quiet and refined luxury

WHAT YOU WON’T LIKE ABOUT THIS CAR: The steering’s a bit stiff

Travel and other expenses for this story were covered by the manufacturer. To provide feedback, email wheels@thestar.ca and put the writer’s name in the subject line.