New Civic bound to be a crowd pleaser

The new 2016 Civic Touring particularly through improving its sheer driving enjoyment, is bound to be a crowd-pleaser.

The 2016 Honda Civic is the odds-on favourite to be the Automobile Journalists Association of Canada’s Canadian Car of the Year when the winner is named in February.

Having recently spent a week in a Touring model myself, I’ll throw my hat into that ring.

Canadians have made the Civic the country’s bestselling car for 17 consecutive years. And with the changes in the 2016 model checking many of the boxes that we Canucks care about most, that dominance isn’t likely to waver.

Take the powertrains, for example. The old 1.8-litre, I4 is gone, replaced by a base 2.0-litre naturally aspirated or high-trim 1.5 L turbocharged four-banger, marking the first time Honda has offered a turbo engine in a North American Civic.

That’s the good news. What some might consider bad news is that the same two transmission options remain for the sedan: a six-speed manual, available on the bottom two trims only, or a CVT.

I’m not going to lie: the CVT feels, well, CVT-ish. It has a bit of that unmistakable spinning sensation that seasoned drivers have trouble living with. But unlike some CVTs, this one has the get up and go to match. If you can get over the feel, it’s actually almost enjoyable.

The new version comes with even better fuel economy numbers, too. While the outgoing model claimed a combined consumption rating of 7.1 L per 100 km with the CVT, a 2016 equipped with the 1.5 L turbo and CVT comes in at 6.7. 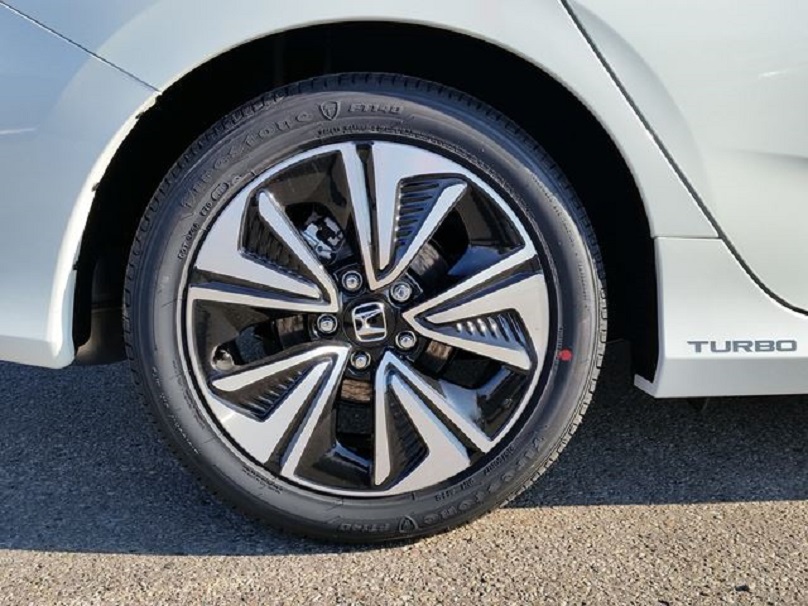 The interior has been completely redesigned, and there’s a lot that’s clever about it.

The centre console’s storage bin is large enough to hold a small handbag — or a giant convenience store soda, if you prefer. A floating second-tier cup holder slides forward (to access both holders) or back (to get out of the way), as does the armrest that sits on top. However, my four-year-old daughter kept kicking that forward into my elbow from the back seat, which got on my nerves after a while.

There’s also one of those small storage cubbies between the front seat footwells where a phone could be stowed, but there’s a better place for that: a wireless charging station sits underneath the infotainment touchscreen. If you don’t mind running a cable from there to deep within the storage bin, you could simultaneously charge your phone and plug it in via USB, giving you access to Apple CarPlay or Android Auto. 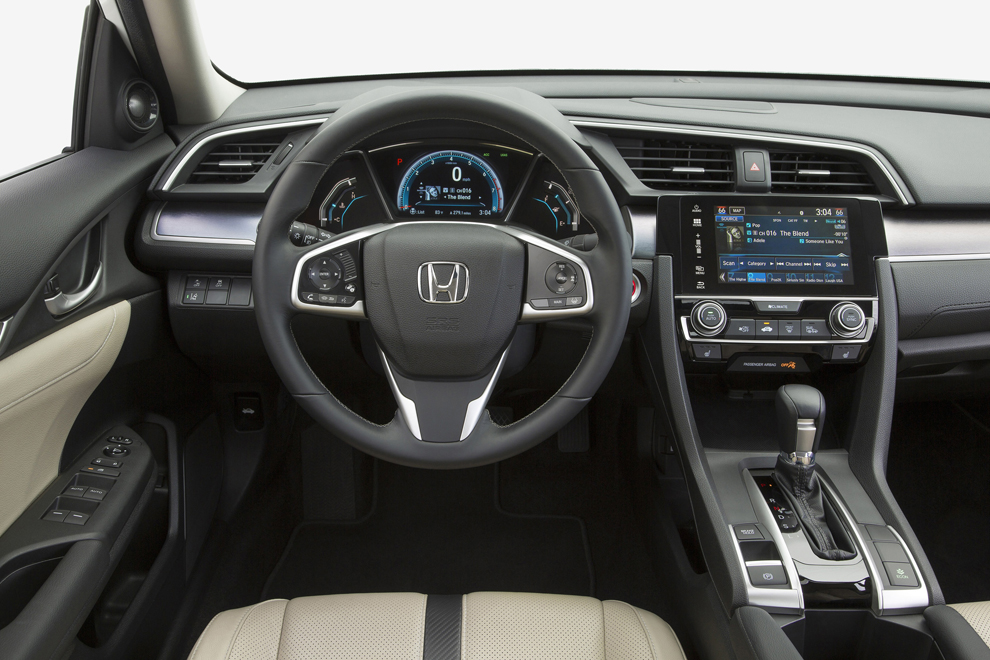 The infotainment system is the same one found in other Honda models, controlled entirely by screen touches and a few steering wheel buttons — not my preference, as it pulls attention from the road too much, but it is intuitive and responsive, for the most part. The one major usability issue is that every person who sat in this car tried to adjust the radio volume with the temperature control knob.

These are relatively minor quibbles, though, that many people would get used to after a while. The new Civic, particularly through improving its sheer driving enjoyment, is bound to be a crowd-pleaser.

ACCESSIBILITY: Lower than the previous model; may be slightly more challenging for the disabled or elderly

LOOKS: More streamlined with emphasized upward movement in the styling

PERFORMANCE: The 1.5 L turbo engine and the CVT are lively and fun to drive, while still posting good fuel economy numbers

TECHNOLOGY: Infotainment system is all touch, which is distracting, but Apple CarPlay and Android Auto functionality make up for it

RATING: Canadians were still buying more Civics than any other small car right up until this new version came out. With it being so much better than the outgoing model, the sales numbers on the 2016 Civic might make heads spin.