With a wide and vibrant palette of colours, the 2017 MINI Cooper Countryman is bigger and better, all-new this year with a new slate of equipment and abilities.

PORTLAND, OR: Yes sir, the biggest MINI is bigger than ever.

Cue the comedians and critics for a resurgence of the ironic Maxi-MINI jokes first heard with the Countryman debut back in 2011. The string of puns followed hot on the heels of the despair of the faithful, betrayed by largeness, and oh, woe be unto us.

Frankly, MINI’s not worried at all by that typical reaction.

There are plenty of three-door, five-door and cabriolet MINI Cooper choices to go round for true aficionados. And that kind of hue and cry follows almost every innovation, even the very resurrection of the modern MINI brand as it first expanded on its Mini roots.

It reminds me of the protestations that followed the advent of the four-door Jeep or the recent SUVs and CUVs that have become bread-and-butter mainstays for sport marques like Porsche, Audi, Jaguar and even MINI’s mother company – BMW.

No, the world did not end after any of those innovations. 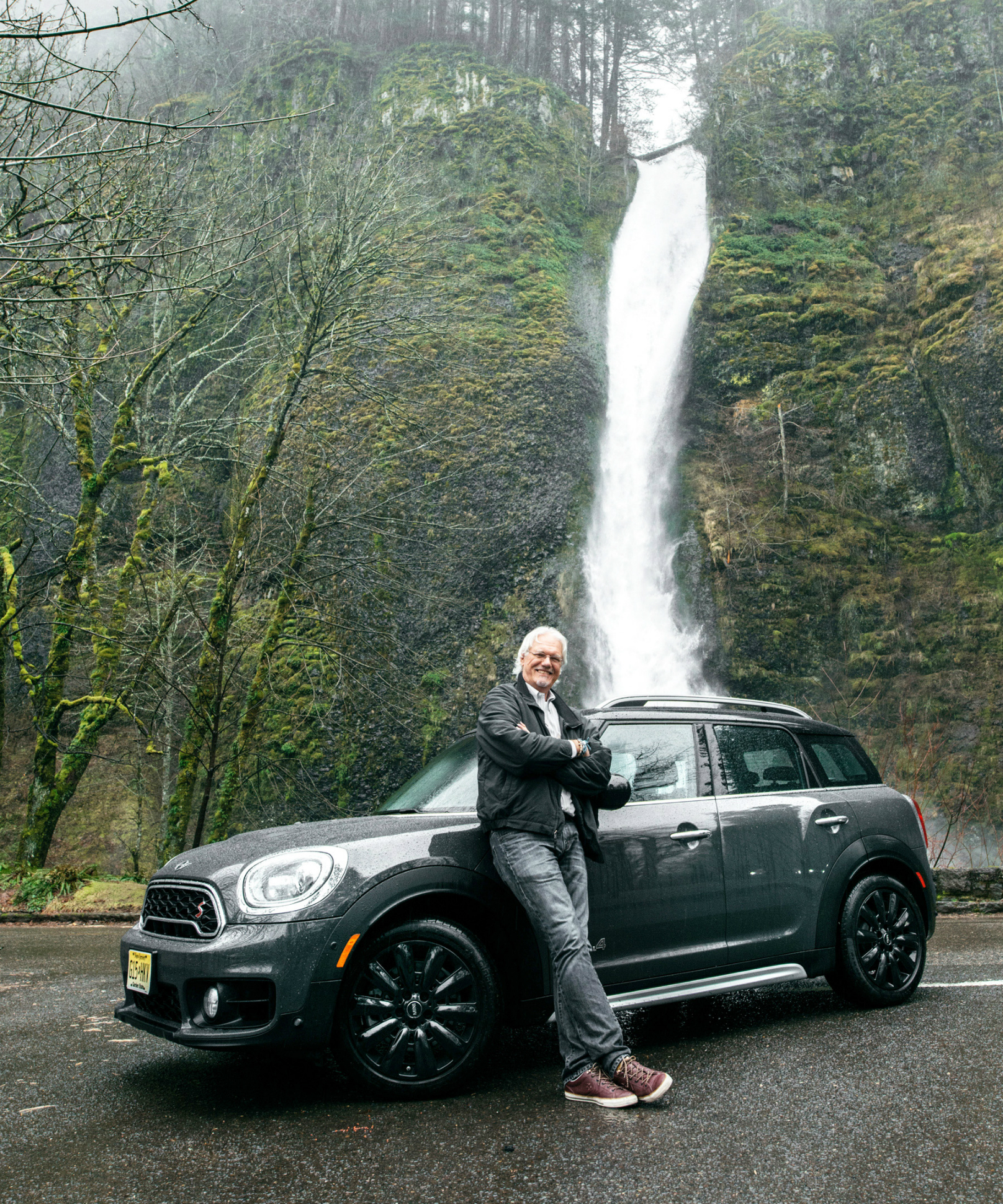 The fact is automotive companies will build anything that helps pay the bills.

And a larger, more family-friendly sport activity vehicle that maintains MINI quirkiness and style without the predecessor’s size limitations should serve to not only conquer new family vehicle buyers but to also offer a new alternative for a maturing base of dedicated MINI owners.

This bigger MINI Cooper Countryman, the first MINI to move into the compact class, is all new for 2017, a fact stressed by our presenter at the vehicle launch event in Portland, Oregon. 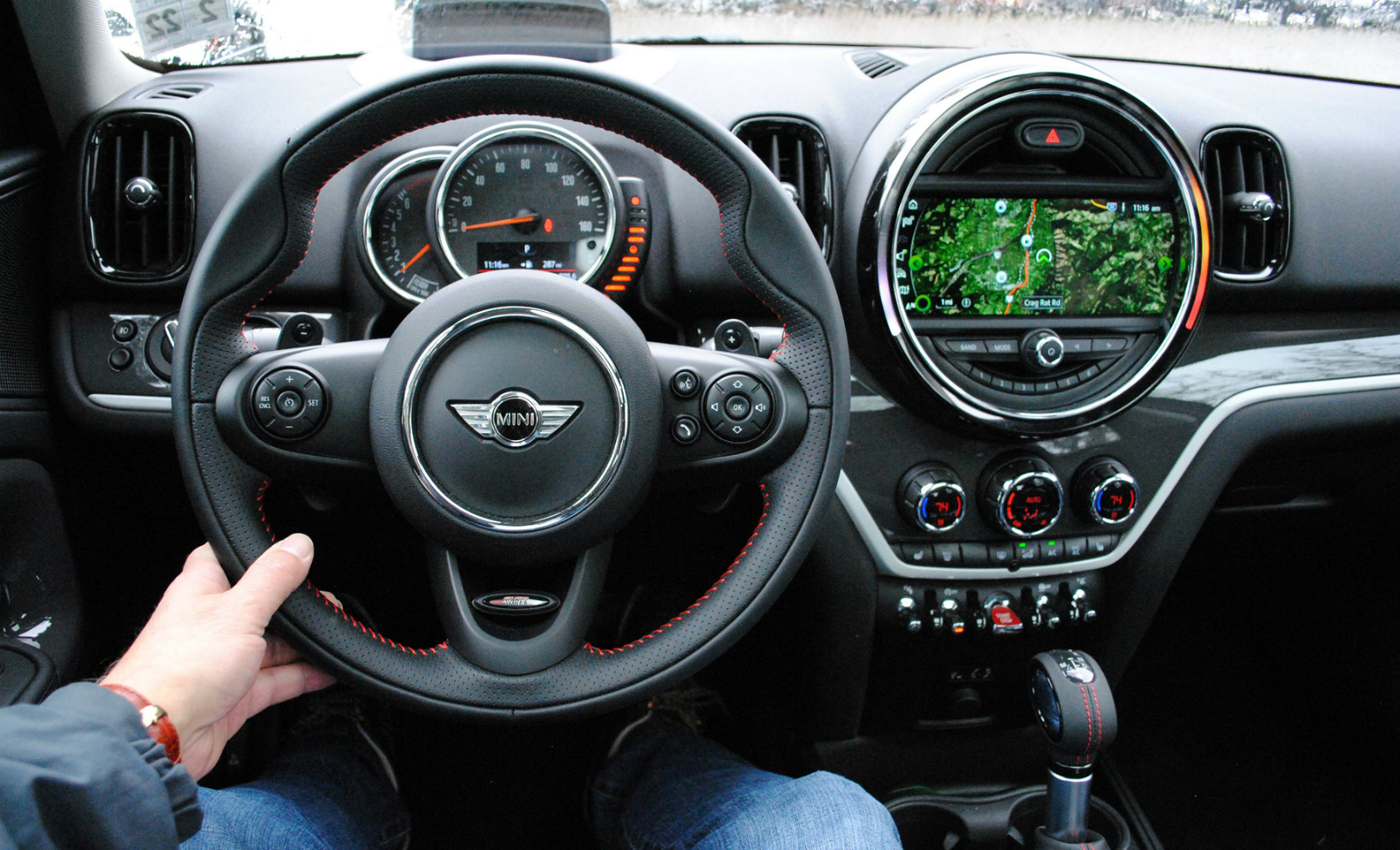 He pointed out that, of all the parts, only the wheel caps have been carried over.

This second-generation Countryman starts with some UKL2 modular platform pieces shared with the BMW X1. Compared to its predecessor, the new Countryman has a wheelbase stretched by 75 mm (3 in) and is 204 mm (8 in) longer and 33 mm (1.3 in) wider.

Most of that size increase shows up in the second row with an 88 mm (3.5 in) stretch of added legroom. And although the Countryman hasn’t grown any taller, there’s also a little more headroom, courtesy of reconfigured seats.

The cargo area has been slightly reshaped but it really isn’t any bigger, holding at 450 litres. Flop the sliding, folding 40/20/40 second row seat backs forward, however, and that larger passenger space translates into more maximum luggage room – 1,390 litres instead of the previous 1,170 litres.

Even the fuel tank has grown – up to 61 litres from 47 litres. So, on a really good day your highway range might well be in the neighbourhood of 800 km.

I was reaching for something to compare the Countryman with and brought up the Fiat 500X, itself an expanded, stylized evolution of a smaller predecessor, but, frankly, it isn’t even on MINI’s radar. 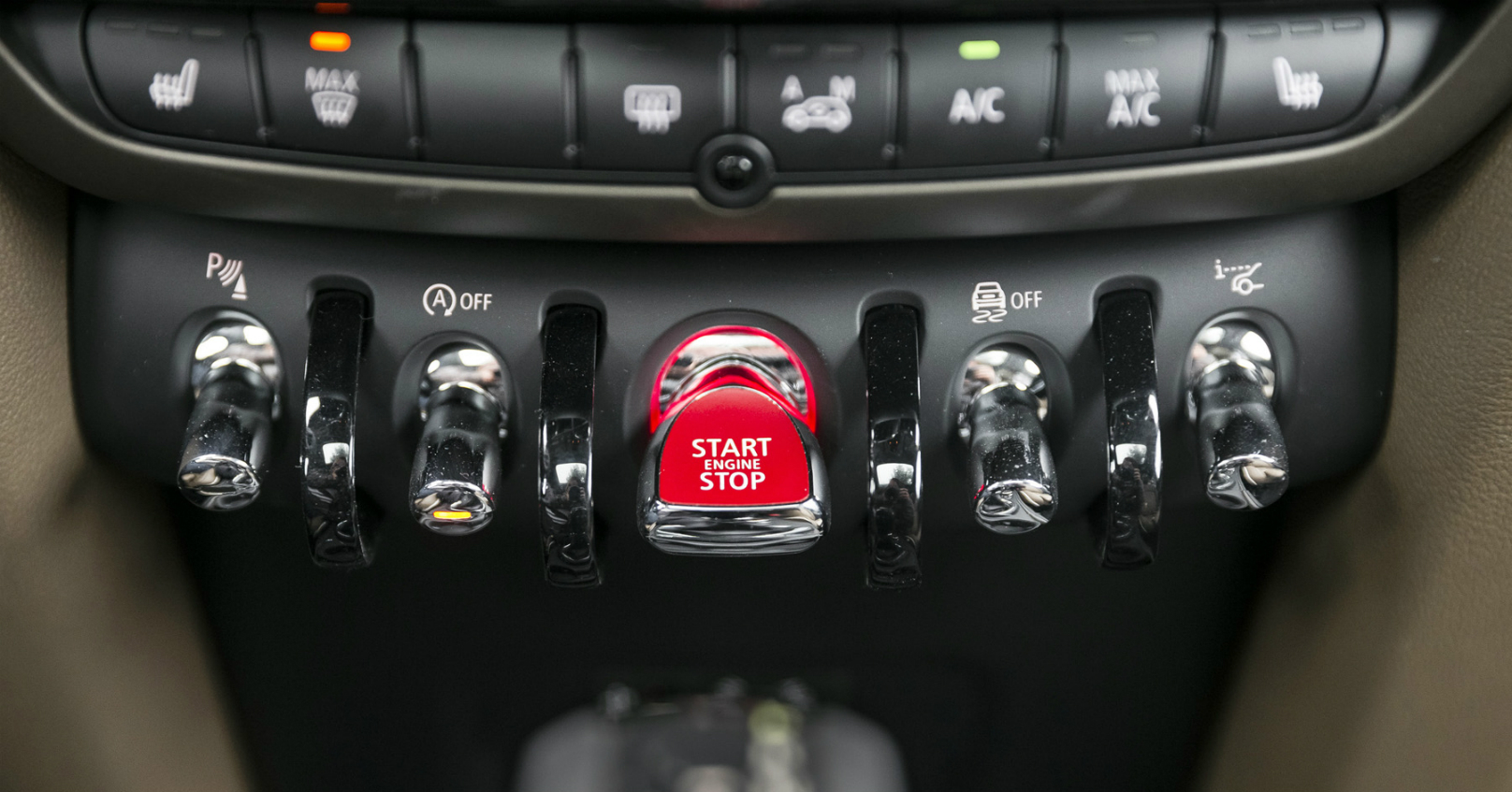 They quickly brought out charts comparing the Countryman to larger, more mass-produced premium competitors, especially picking on the Audi Q3 and Mercedes-Benz GLA250 as two examples of vehicles larger than the new Countryman but with less interior volume.

Interesting. But, enough about size, let’s move under the hood, where there’s a choice of two new engines replacing the 1.6-litre motors of the past.

The MINI Cooper Countryman ($26,990) starts with the 1.5 litre 12-valve Turbo Twin Power three-cylinder engine, shared with other MINIs and making 134 hp and 162 lb/ft of torque.

Doesn’t sound like a heck of a lot, but the torque number is worth noting, coming close to the power rating of the former S model. Even so, it won’t blow anyone away with acceleration times coming in at just under 10 seconds for 0-100 km.

But it feels sprightly enough and, yes, that trademark go-kart nimbleness is still very much in evidence, although the ride has become smoother, more subtle and sophisticated, benefitting from the longer wheelbase, the revised structure and underpinnings, and from inevitable BMW influences.

This starter Countryman comes with a choice of either a six-speed manual or six-speed automatic sending power to a front-wheel drive system. 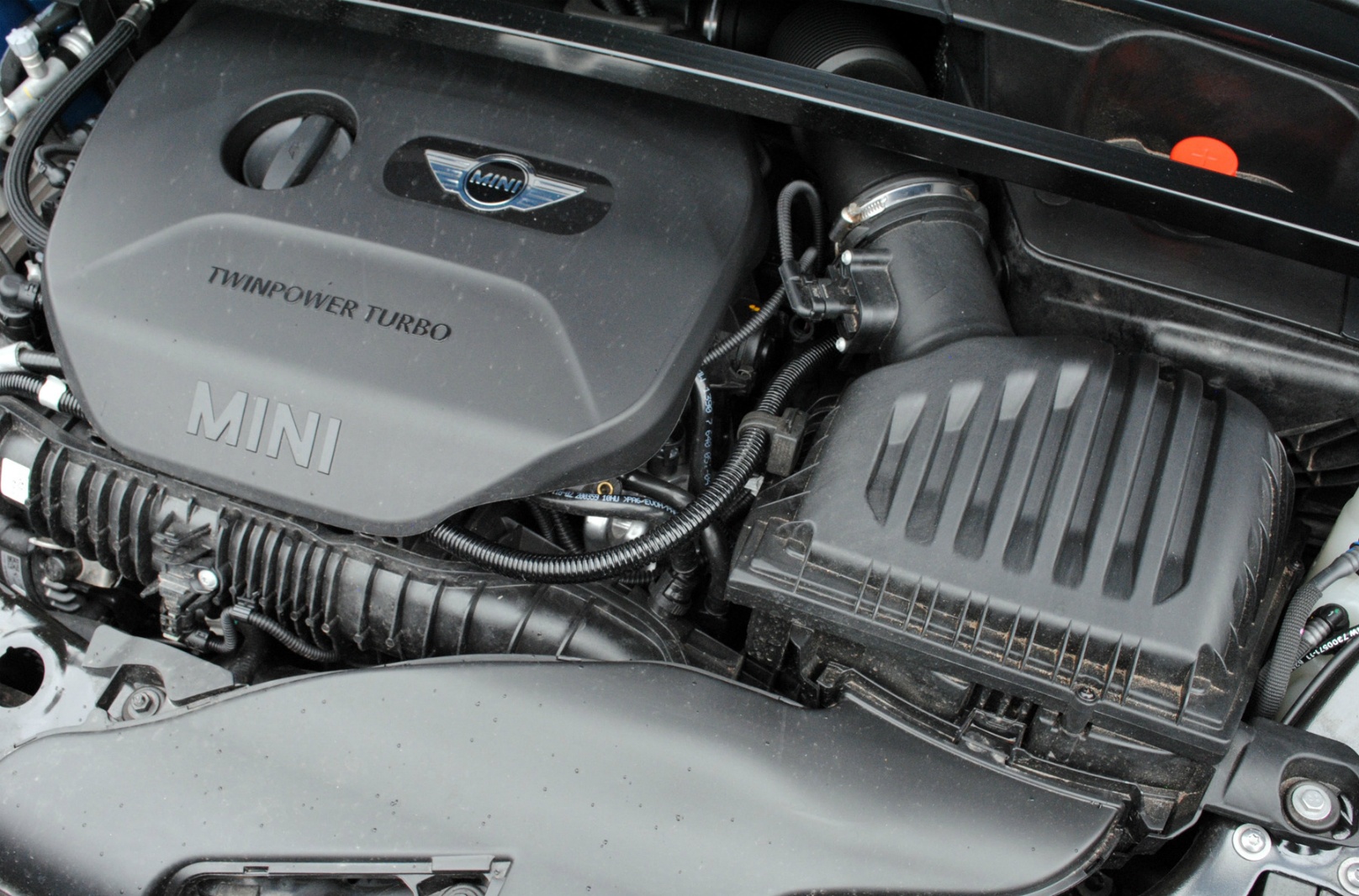 Taking one step up the trim ladder brings us to the MINI Cooper Countryman ALL4 ($28,990), adding a sophisticated and quicker all-wheel-drive that is three or four generations removed from the original Countryman. Along with the added all-weather driving security, this powertrain mix also changes the transmission choices to the six-speed manual or an eight-speed automatic.

And our final trim choice brings us to the MINI Cooper S Countryman ALL4 ($31,990) harnessing a bigger, burlier 2.0-litre 16-valve Twin Power Turbo four-cylinder engine that produces 189 hp and 207 lb/ft of torque, definitely a peppier upgrade of motive power.

Available only with the ALL4 all-wheel-drive system but still offering the six-speed manual or eight-speed automatic choices, this S model whittles 0-100 km/h times down to just over seven seconds. 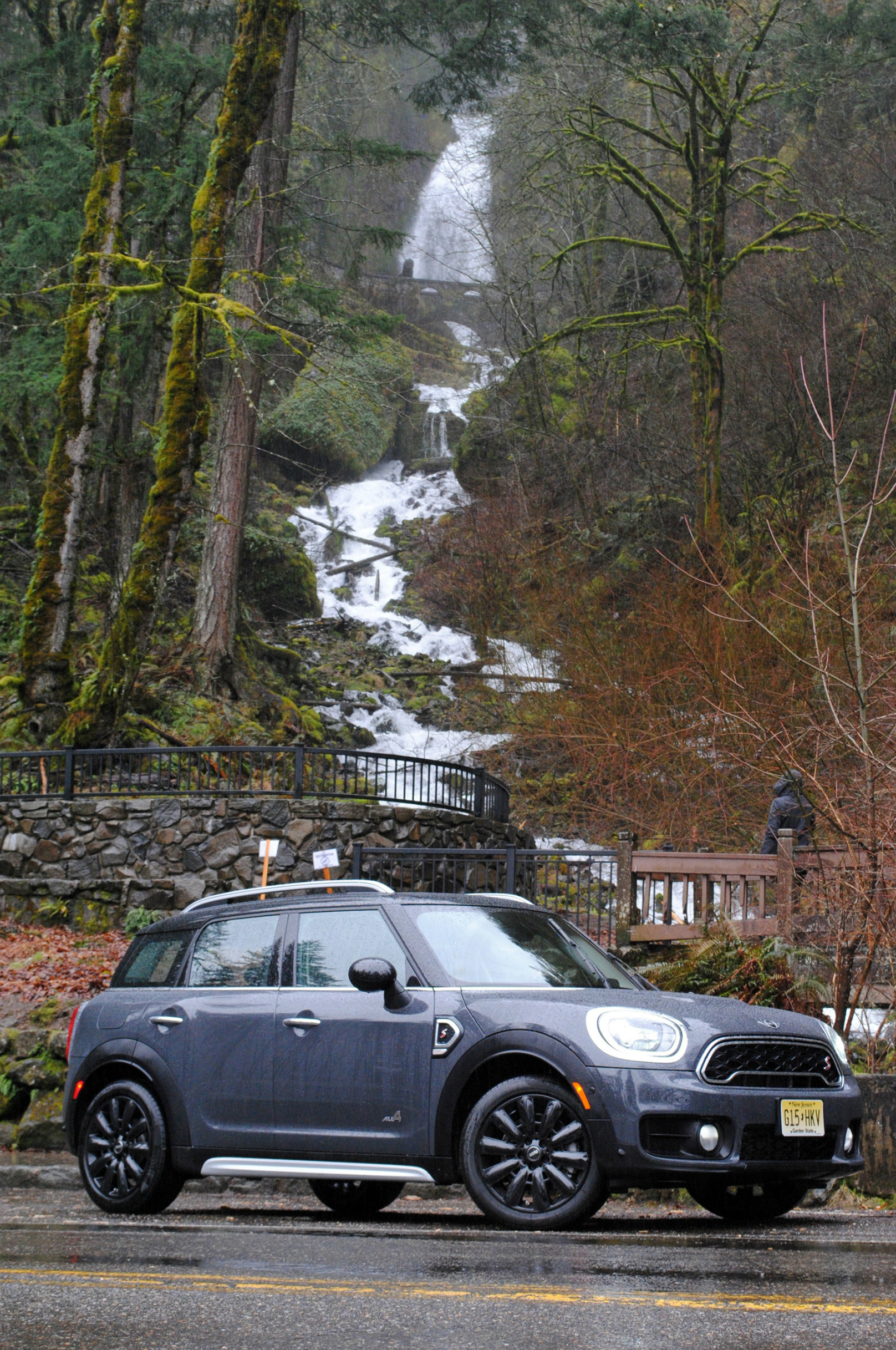 I haven’t even touched on features that include the MINI Drive Modes (Sport, Mid, Green) to suit the driving moods, the MINI Connected infotainment system and the LED Centre Instrument ring with its interactive display that can include 8.8-inch navigation, all part of the overall evolution of refinement that has added sophistication without muting the playful originality of MINI design. And then there’s that long list of options to personalize this already personable machine.

They say the MINI Cooper Countryman is all grown up but that doesn’t mean that the lineup has finished growing beyond the models we tested in Oregon this March.

I keep teasing execs about the possibilities of a future MINI pickup truck but there are two new evolutions of product that we can definitely count on, probably before the summer – a MINI John Cooper Works Countryman ALL4 ($38,500) boasting a hopped-up 228 hp/258 lb/ft version of the 2.0-litre turbo and a new MINI Cooper S E ALL4 ($TBD) plug-in hybrid model (PHEV), a MINI first. 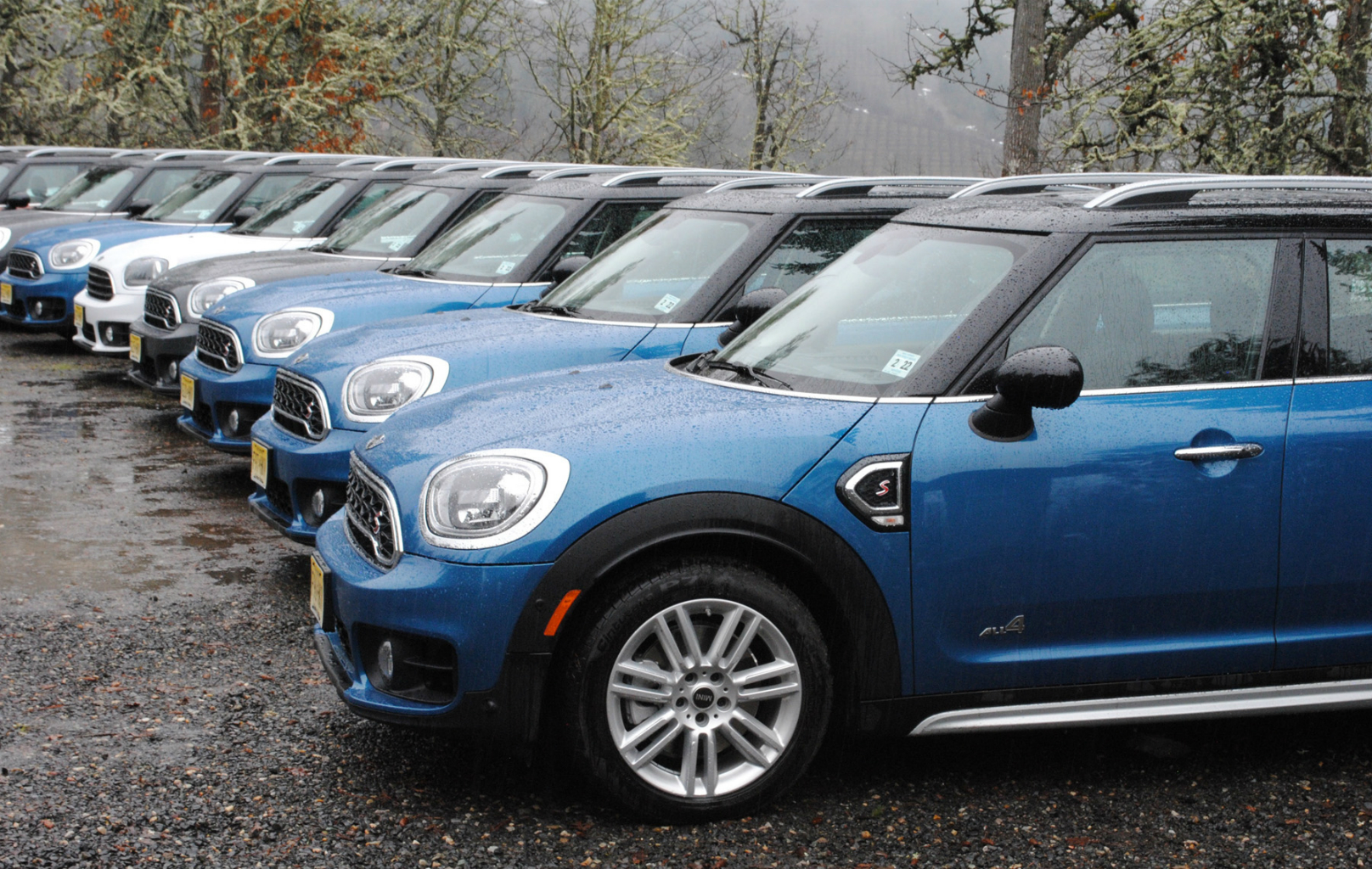