Ford isn’t a newcomer to electrification.

It has amassed hundreds of patents over the years, many of which went into the making of the 2017 Fusion Energi Plug-in Hybrid (PHEV).

In fact, the Fusion PHEV is the third generation of Ford’s technology towards electrifying just about everything it makes.

Power starts with a 2.0-litre Atkinson Cycle inline four-cylinder producing 141 hp and 129 lb/ft of torque, the same as in the Fusion Hybrid. 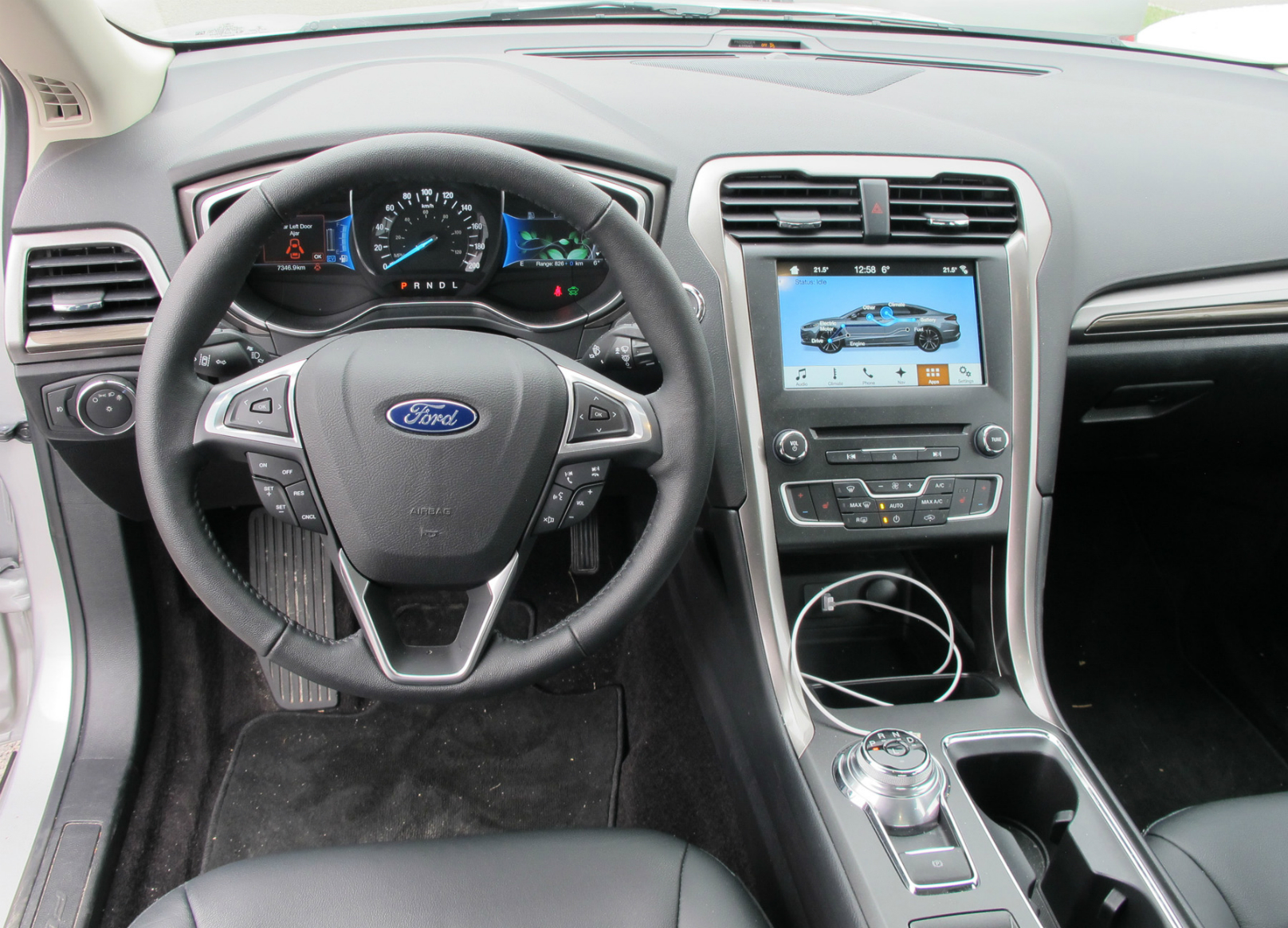 This is bolstered by an 88 hp permanent magnet electric motor and a 7.26 kWh lithium-ion battery for a combined 188 hp. Power is directed to the front wheels. All-wheel-drive is not available.

Ford uses an electronic continuously variable automatic transmission (CVT) with an “L” or low speed function on the rotary shifter knob on the centre console for use in low grip situations such as snow and water.

According to Ford, the powertrain is good for 5.5/5.7/5.6L/100 km on gasoline only. When gasoline and electricity are used to maximum efficiency, the Fusion PHEV is capable of the equivalent of 2.4L/100 km or 116 mpg.

The battery is a big one, so it can’t fit under the back seat. That results in its being trunk mounted, leaving only 232 litres (8.2 cu ft) of luggage space and reducing the gas tank to 53 litres from the 63 litres in the standard Fusion sedan.

Inside, the PHEV is little different from the standard Fusion except for the big change being the main instrument gauge set with a speedo in the centre, flanked on either side by a pair of 4.2-inch driver information displays.

One offers a wealth of information such as fuel range, level of charge, average electricity and fuel consumption. On the right there is a display of green leaves that either grow or fall off, depending on how aggressively you drive. 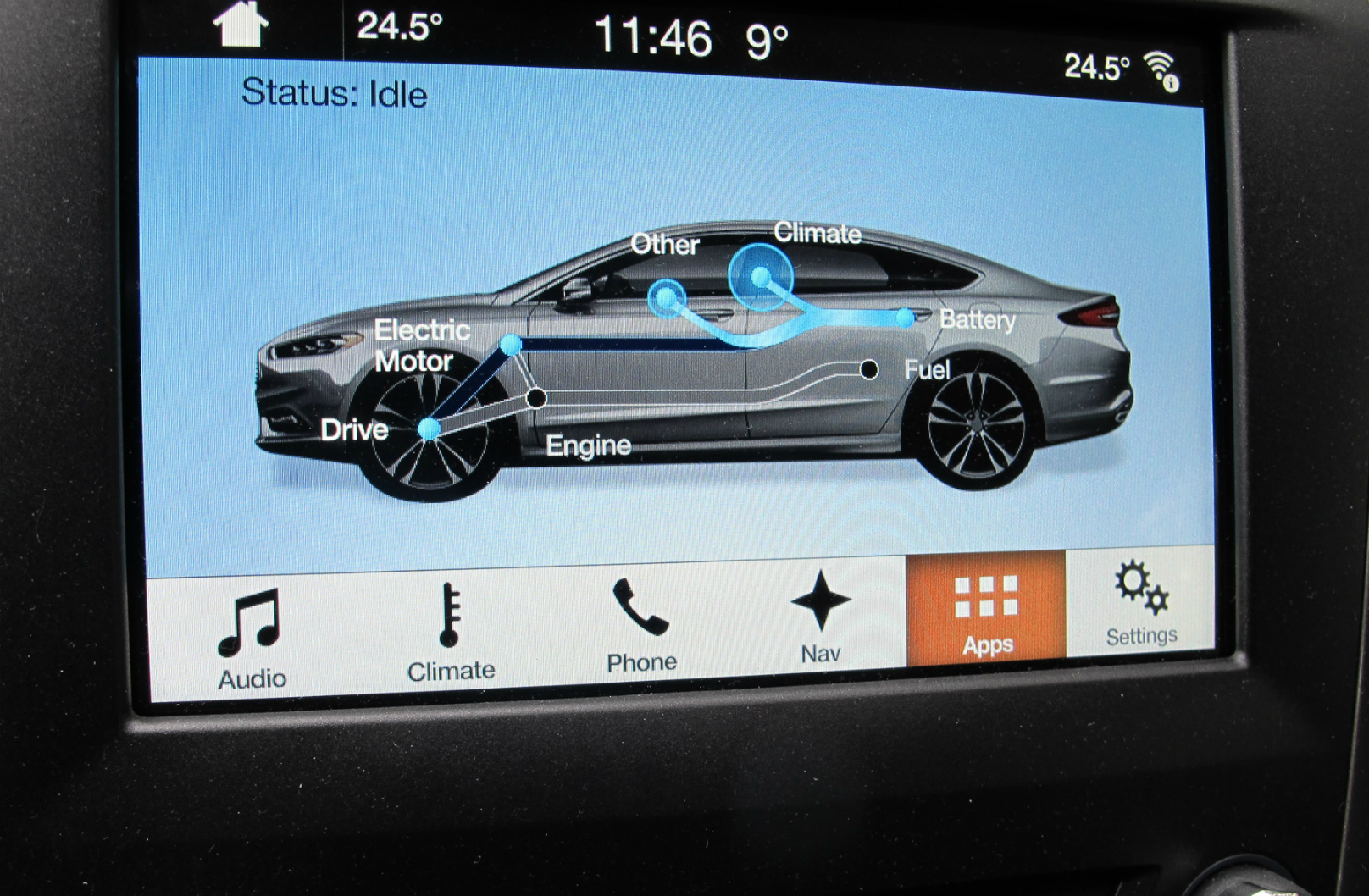 In addition to all that, the eight-inch centre stack touchscreen, part of the SYNC 3 infotainment system, has an APPS screen that shows power flow between the drive components.

Putting them all together, the driver gets what amounts to an efficiency coach to get the most out of the system.

Aft of the shifter there are four buttons, one which can select pure electric or EV mode when you don’t want to use the engine.

I tested the Fusion PHEV for a week, driving 50 km from the pickup location to my home and plugging into a 100-volt wall socket. This is done by sliding back a round panel on the left front fender, which has a surround panel that lights up in blue indicating charging had commenced.

The next morning the display said “Ready to Drive 100% Charged” along with a range of 789 km plus battery range of 23 km. That kind of distance is as good or better than a small diesel.

During the next five days I used EV mode until the battery was depleted, covering mainly short trips and using coasting and regenerative braking as much as possible.

The other plus is the fact PHEVs use the battery and engine to support each other, as opposed to a normal hybrid where the battery is really just there to augment the performance of the engine.

Knowing how to extend the range of a PHEV helps immensely so you can drive as usual while saving gas as well. 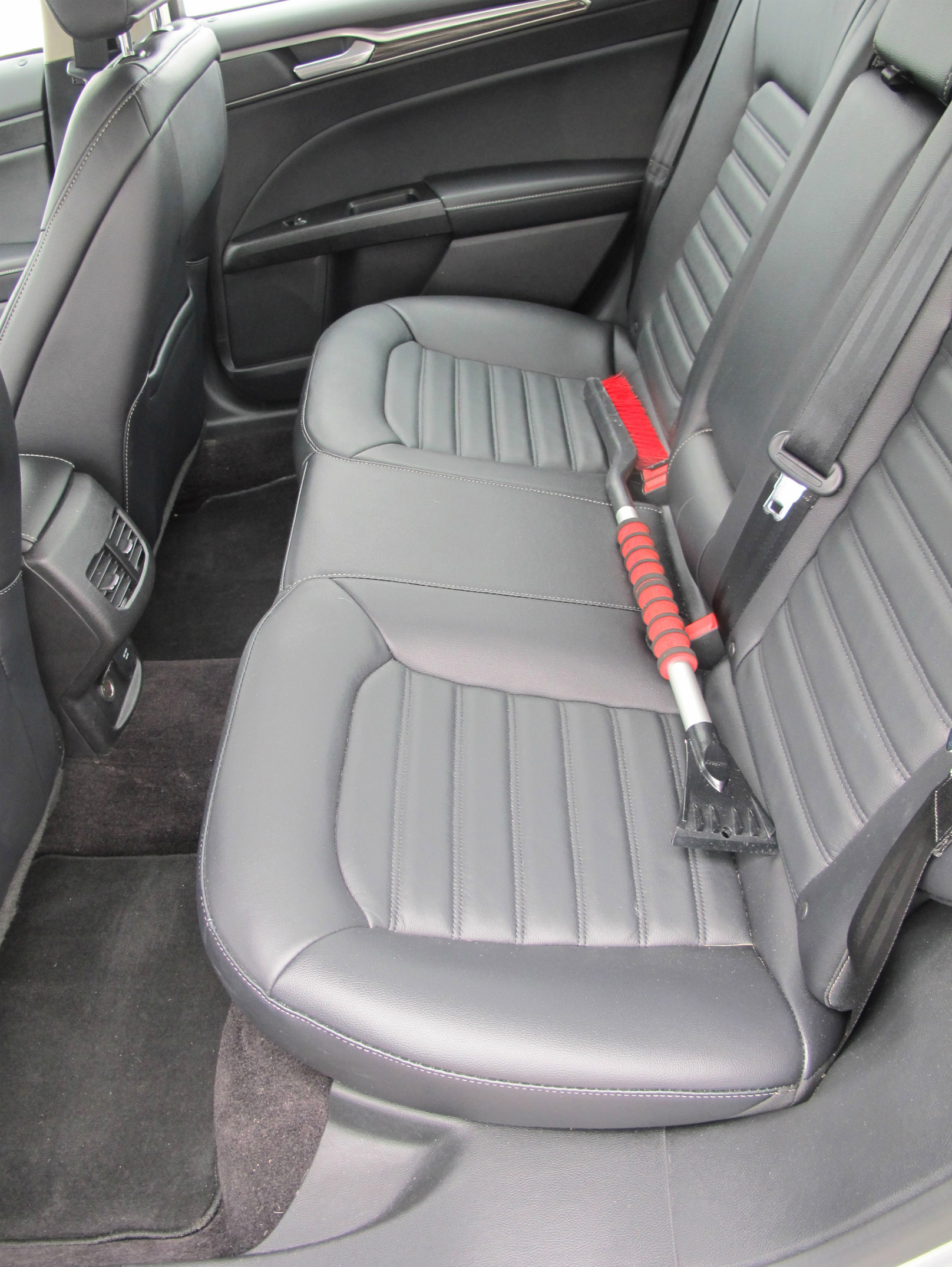 And that’s just what the Fusion Energi did, operating not all that differently from an everyday Fusion in terms of ride and handling.

About the only difference is the regenerative braking function, which makes stopping much shorter and more abrupt, which can be unnerving to passengers travelling in a PHEV for the first time.

Another difference was the acceleration. It was expectedly hobbled by the weight of the battery/electric motor and ancillaries; but was nonetheless more than adequate for everyday driving.

The starting price for the Fusion Energi SE as tested was $35,088. With a number of options such as power moonroof ($1,250) and Driver Assist Package ($1,650) that includes Lane Keeping Assist and Blind Spot Detection, the total cost was $42,288.

Softening the blow in Ontario is the $7,330 EV rebate, plus you get one of the green licence plates to jazz up your Fusion. 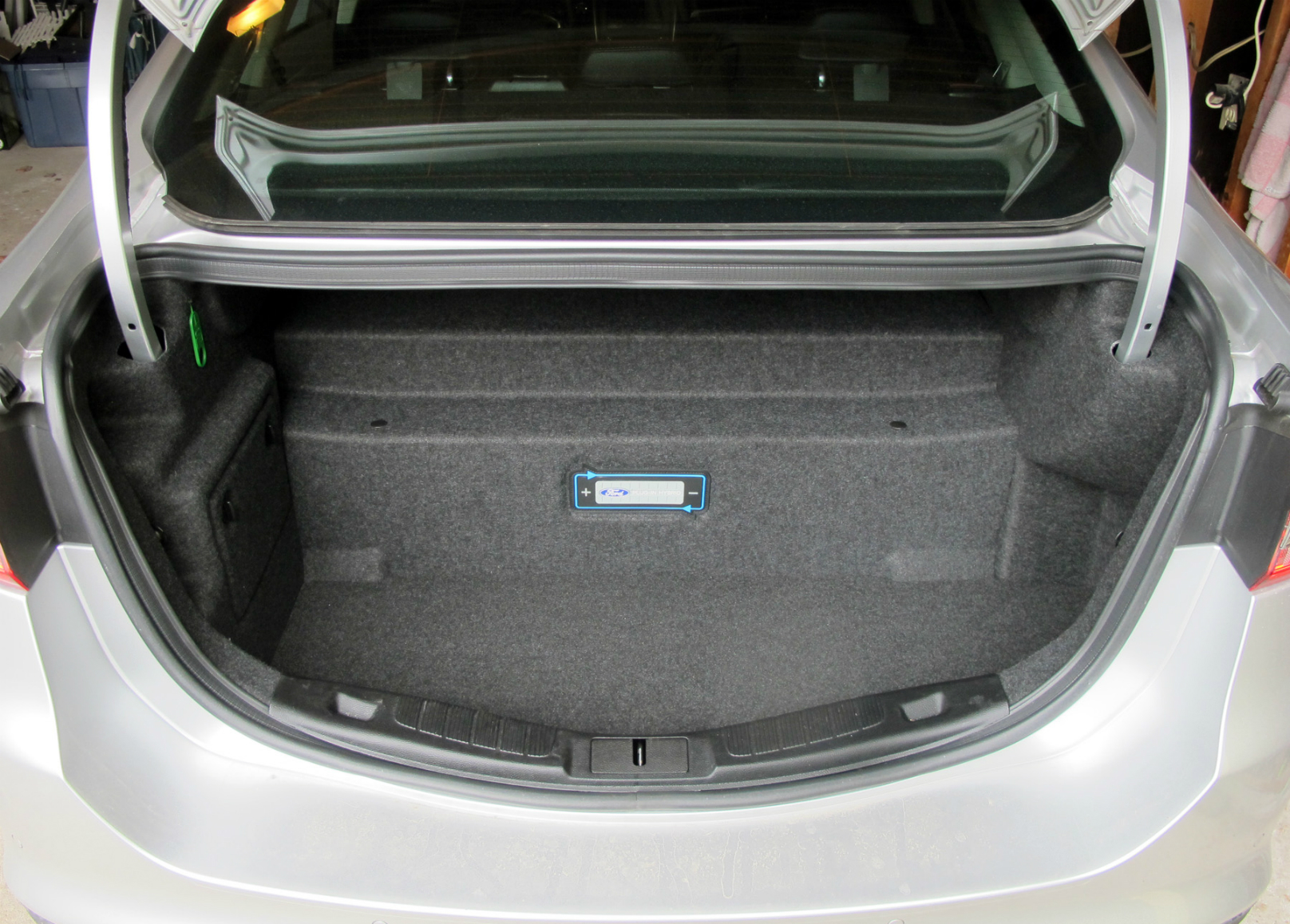