Mini Cooper Convertible is all grown up, but still having fun

The 2016 Mini soft top has matured through three different generations of German ownership. With the latest update, it still sports a fun driving experience – at a price.

LOS ANGELES, Calif. —This is the town where the new Mini made its debut back at the beginning of the millennium. It was raced here through the L.A. subway system by Jason Statham and Charlize Theron in a zippy remake of The Italian Job.

It was so exciting at the time, but nobody seems to remember that now.

The Mini has grown up, moving on through three different generations of BMW ownership. It’s found its fan base and matured past the Hollywood hype. It’s become more powerful, with three- and four-cylinder turbocharged engines that make 134 and 189 horsepower respectively, and even a Works engine that’s good for a very serious 228 horsepower. 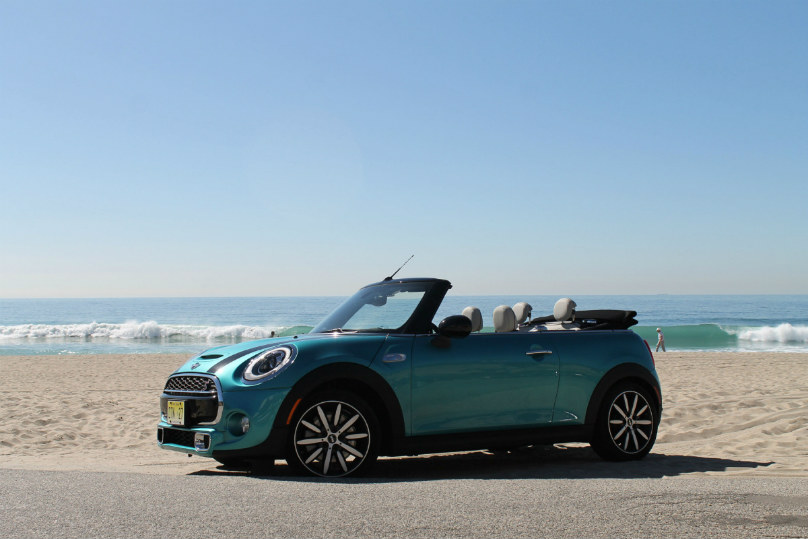 It’s found a little more space for its passengers, a lot more space for their luggage, and a stiffer, better handling chassis to throw everything around more confidently through the corners. We’ve seen all this already in the new generations of the three-door and five-door and Clubman, time-released in the last year or two.

A convertible is always a more cheerful car, especially here in Southern California where it never rains or snows and it can be carefree year-round. Engineers have been trying to make the Mini cheerful — not cute, like a Fiat 500 or a VW Beetle, but just happy — but its latest iterations have that feeling of responsibility.

Change the Drive mode in any Mini between Sport and Eco and the central display shows little thought bubbles coming from a picture of the car. “Let’s Motor Hard!” it’s apparently thinking, or “Let’s MINImalize” but it’s all a bit forced. 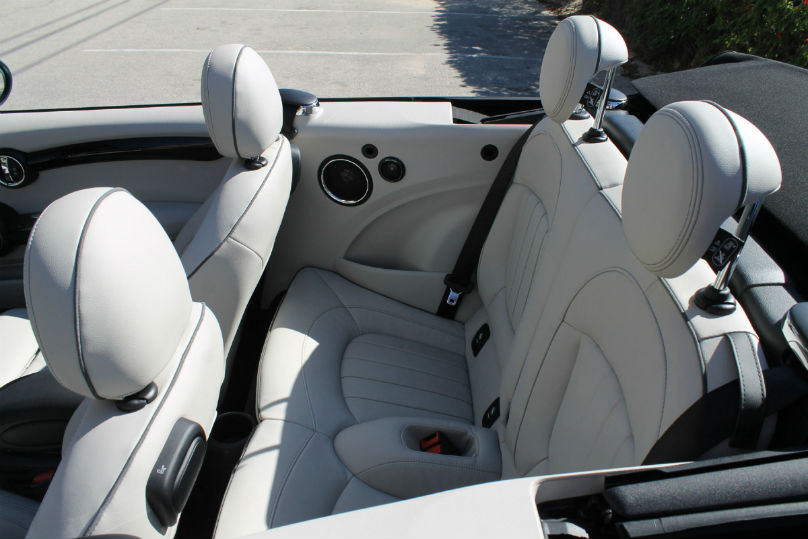 The Convertible, however, suits those funky little thought bubbles. It’s just a bit more lighthearted. It’s retained the “openometer” from the previous generation that tracks your overall percentage of top-down usage. This year, it even has an app that warns you of an impending rain shower, in case you want to put the roof back up.

The warning never came here, of course. The sun beat down on me from a clear blue sky as I nipped around the tight and tony streets of Pasadena, and then out onto the canyon roads above the city. 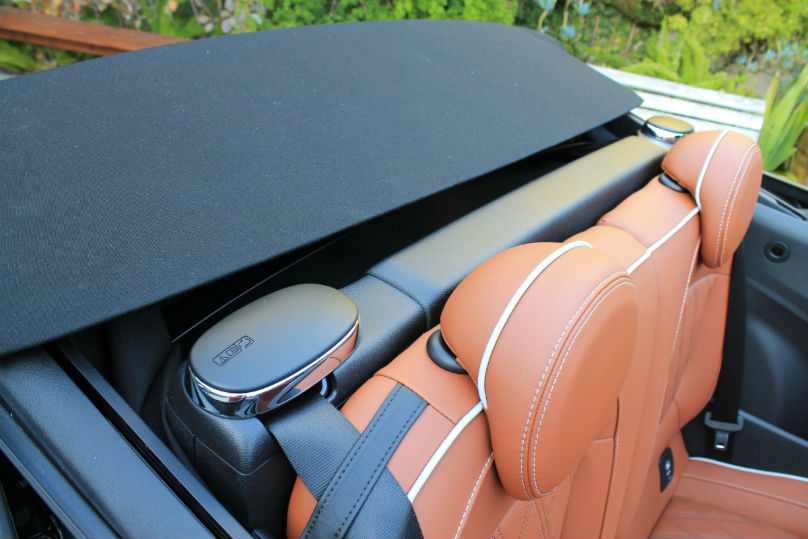 The only car made available for our driving was the Cooper S. Although the Cooper is no slouch, the S accelerates from a standstill to 100 km/h in 6.7 seconds.

There was nobody in the back seat to criticize my driving, so I could be “ambitious” on the twisting canyon roads where the Mini was a delight to experience. In Sport mode with the optional $500 Dynamic Damper Control, the front-wheel drive tires clawed at the road like a terrier at a rabbit hole, and the car tracked flat around the tightest and swiftest of curves.

There’s more space all around now. Even so, if there had been somebody in the back seat, the drive would have been much different. Put someone behind the driver’s seat and I’d have been scrunched forward with my knees jammed into the steering wheel. We’d all have been miserable.

I drove both the manual six-speed and the automatic six-speed and they both work very well indeed. The short-shifting stick and clutch are wonderfully engaging, but the automatic is a tenth of a second quicker in the 0-100 km/h sprint. It’ll cost you, though: the automatic transmission is $1,400 extra, and another $250 on the Cooper S if you want paddle shifters, which you do. 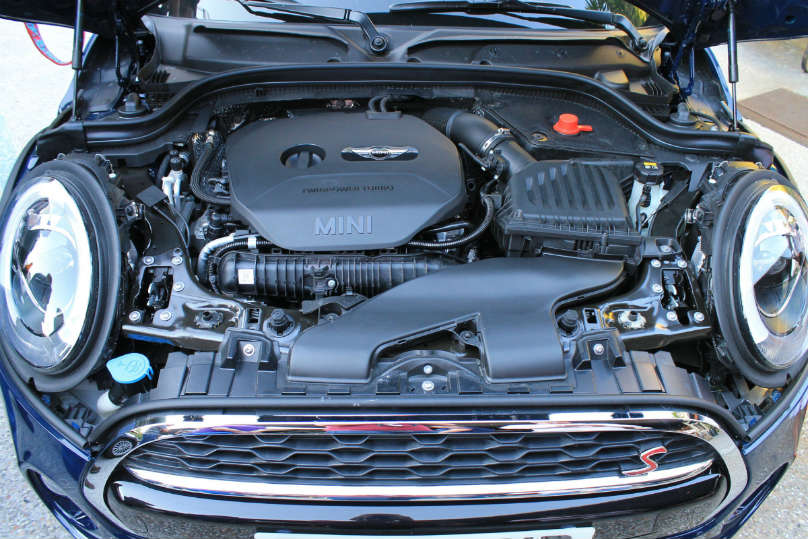 Fuel consumption isn’t too bad for such a racy car, though its little engine needs Premium gas. Official Canadian combined figures for city and highway are 7.2 L/100 km for the manual Cooper and 7.7 for the automatic. For some reason, they’re reversed in the Cooper S, returning 8.7 L/100 km in the manual and 8.5 in the automatic.

Fuel consumption will be the least of your worries in the Mini Convertible. It’s a lot of fun to drive, so you’ll be more concerned with the percentage of your openometer. And who knows? With a little time behind the wheel, you might go searching for the Italian Job movie we’ve all forgotten about. It’ll remind you we all need a little escapism in our lives.