Mercedes-Benz S-Class is One Class Act

The current S-Class was launched just four years ago. Yet, the 2018 refresh, arriving halfway through this generation’s life cycle, has no fewer than 6,500 new parts, including a couple of brand new engines.

ZURICH, SWITZERLAND-Mercedes-Benz calls the S-Class “The Best Car in the World.” A trifle immodest, perhaps, but not without a degree of merit.

The current S-Class was launched just four years ago. Yet, the 2018 refresh, arriving halfway through this generation’s life cycle, has no fewer than 6,500 new parts, including a couple of brand new engines.

The new S goes on sale in August/September this year, starting at $106,400 for the entry-level model (which we didn’t drive on this test), a moderate uptick from the $103,100 of the current corresponding model.

One of those brand new engines is an inline six cylinder, after about 147 years of Benz telling us that V6 engines are much better … and, it comes with the world’s first 48-volt electrical system. But nevermind — we in North America won’t be getting it, anyway. More on that in a bit. 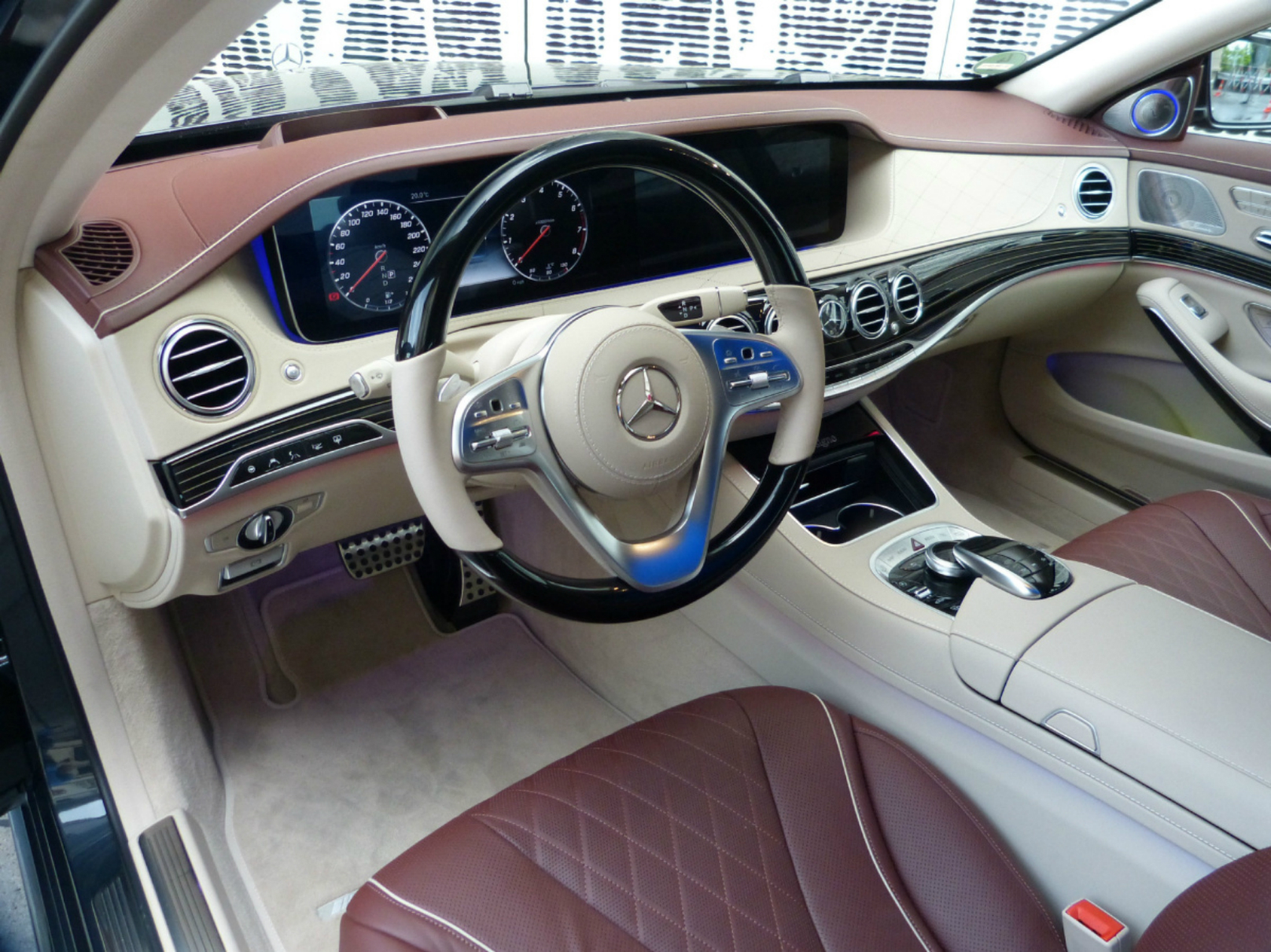 So, we don’t get either of the two best engines Mercedes offers elsewhere for the S-Class, because they dropped the best one, the 3.0-litre V6 turbodiesel, last year.

We have to make do with the former gasoline V6, upgraded for more power (362 horsepower versus 329), a new 4.0 litre twin-turbo V8 in two states of tune, and the largely carry-over V12, which is available in the range-topping AMG model.

I think we can muddle through.

The car also gets mild exterior upgrades for you trainspotters out there, a revised centre dashboard with two 12.3-inch (measured diagonally) displays and revised autonomous driving capabilities.

But the thing most current Mercedes owners will probably notice first is that the cruise control lever, previously a steering column stalk at about the 8 o’clock position, has been replaced with a series of rockers and push buttons on the left-side steering wheel spoke.

I’m not convinced it’s any better operationally, but my guess is that this change is designed to reduce clutter behind the wheel, what with the shift paddles and all. In which case, they should have moved the shift lever to the centre console, too, but that’s probably too much to ask.

Also Read: Audi Reveals its Most Technologically Advanced Car Ever

We tried two engine variants which we will get, the S 560 4MATIC and the Mercedes-AMG S 63 4MATIC, Mercedes having long since abandoned any semblance of rationality in its model nomenclature. Logically, they would be the S 400 TT (twin-turbo, dontcha know) and AMG 400 TTS.

Both cars offer the new 4.0-litre, twin-turbocharged V8, producing 469 and 612 horsepower, respectively, the difference mainly due to larger, more mighty turbochargers. Interesting that the compression ratio is considerably lower for the higher-powered variant (8.6:1 vs. 10.5:1), presumably to eliminate the chance that the more highly boosted engine will grenade itself if you lean on it too hard.

In both cases, this is significantly more power than the previous larger displacement engines, yet they deliver superior fuel consumption. In anybody’s book, that’s progress.

Both cars were fitted with Michelin high-performance tires, thankfully not run-flats which seriously impact (ho, ho …) ride quality in, well, any car to which they are fitted, including many Benz models.

This wouldn’t have been as big a problem in Switzerland and southern Germany, where we tested these cars, because unlike our the-third-world-would-be-embarrassed roads, theirs are as smooth as a baby’s bum. Still, I always feel more comfortable pushing a car hard with Michelin rubber on it.

Both cars drive and handle as if they were considerably smaller, because you can comfortably lean pretty hard on them. 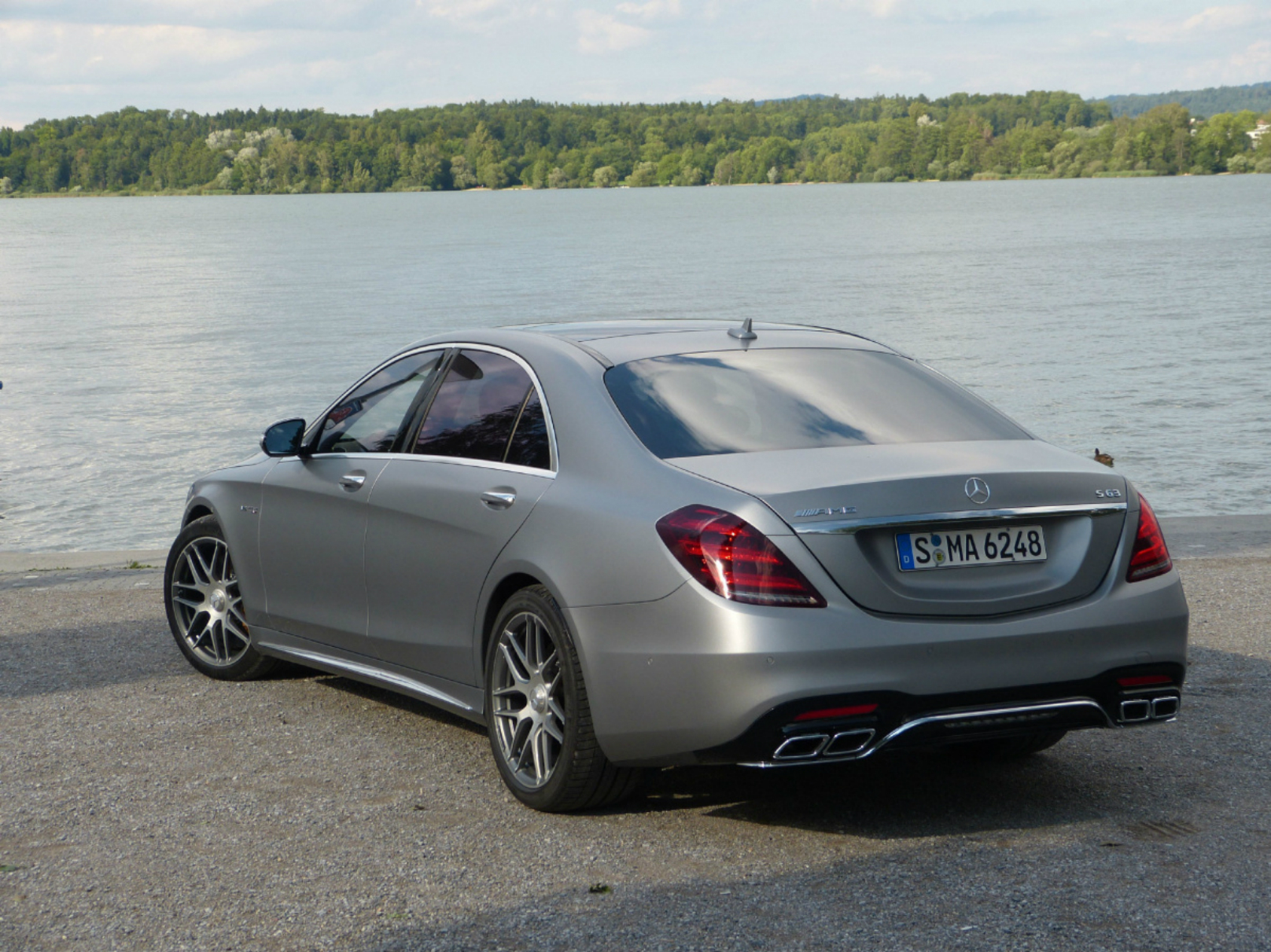 Ride as noted is excellent, even when selecting the ‘Sport +’ driving mode (you can also choose Comfort, Sport, or Individual, wherein you choose settings for engine and suspension to your personal taste).

But unless you’re in a stoplight Grand Prix, you won’t feel undergunned in the S 560.

But, before you start messing with some of these functions, you do need to read the book. Somehow, we ended up listening to some new-agey woman telling us to breathe in slowly, relax our chests, be in the moment. I have no idea what that was supposed to do, but it should not be done while you are trying to drive a car.

But wait, you say — don’t Mercedes drive by themselves now? Er, no.

This was my second shot at Mercedes’s self-driving functionality, which is supposed to be even better than in the E-Class I tried last year. Again — er, no. That car only tried to kill me three times in a day and a half. This one tried twice in about five minutes.

You think it’s controlling the steering. So, why is it heading toward that oncoming truck? Scary stuff, kids, and definitely not ready for Prime Time.

And just as well, because the big Merc is a fine car to drive all by yourself. I mean, if you’re going to pay this much for a car, why let some computer drive it for you?

The automatic cross-traffic alert system which senses if a car is coming across your path or is stopped up ahead — neither of which you might be able to detect by yourself — is somewhat more successful, bringing your car to a hard stop or helping you steer out of the way before a collision.

Not sure how much help the cross-traffic alert would be with well-mannered traffic (ho, ho, ho …).

For the sake of journalistic completeness, I did try the new inline six on a one-hour driving loop, even if we won’t get it, I want to say it was much smoother than the inherently less well-balanced V6, but I didn’t have one of the latter to compare back-to-back. Suffice it to say that it was smooth, powerful and quiet, and will surely be popular when it does arrive back home, because its performance is a bit quicker than our V6, and fuel consumption will be much better. You’ll just have to be patient.

So, why don’t Canada and the U.S. get this trick new engine? Depends on who you ask. According to Dr. Hermann-Joseph Storp, director of development for the new S-Class, the head of Mercedes Benz USA said he didn’t want it. The six is a very small part of Benz’s U.S. sales, so the American chap figured it wouldn’t make sense to go with a complex new engine.

But Claus-Peter Turbeis, product manager for the car, put a different slant on it, saying the new power plant will be Europe-only for the moment, expanding to other markets and other model lines as they get more experience with it.

No one at Mercedes would officially “comment on future product,” but it would seem the new engine will join the S-Class when the car is redone completely for the 2020 model year.

Might it appear in other model lines sooner? It might, but you’d think they’d reserve it for the top-of-the-line model. We’ll see.

Meanwhile, what we do get in the new S-Class means it still deserves to at least be in the conversation about “The Best Car in the World.”