MDX gets a Boost of Supercar Power

The 2017 Acura MDX Sport Hybrid is not only the fastest SUV in the Acura stable, but one of the most frugal with a combined usage rating of 9.0L/100 km.

Acura has combined power with efficiency to create the 2017 MDX Sport Hybrid.

Not only is it the first hybrid SUV in the Acura lineup, but it is also the most powerful, borrowing the three electric motor technology used in the NSX super car and the brand topping RLX luxury sedan.

Acura is doing this in the nick of time, as its main Japanese and German premium rivals are adding battery power at (if you’d excuse the pun) an electrifying rate.

Volvo has already stated it will only build hybrids or all-electrics starting in two years and they are not alone. 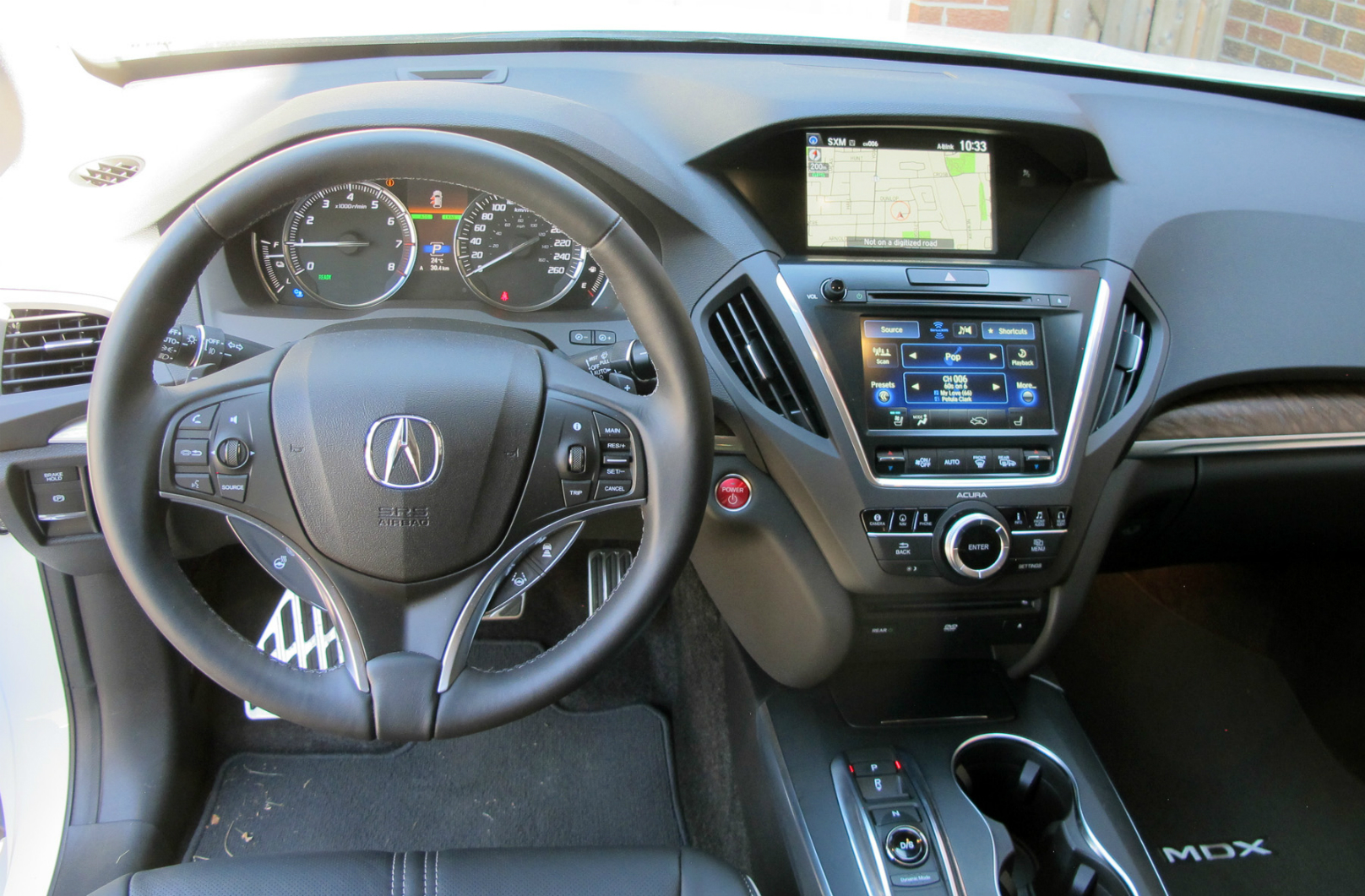 Mercedes-Benz, Audi and Lexus are all working toward the same goal. France has just announced it will ban gasoline and diesel singularly powered vehicles by 2040.

And the higher you go with the purchase price, the more it seems electrification is developing a certain cache among the premium and ultra premium buyer.

The Acura MDX Sport Hybrid is what you call a “mild” hybrid in that the lithium-ion battery and three electric motors act as a power “assist” to the 3.0-litre V6 engine, rather than the main propulsion unit of an all-electric. 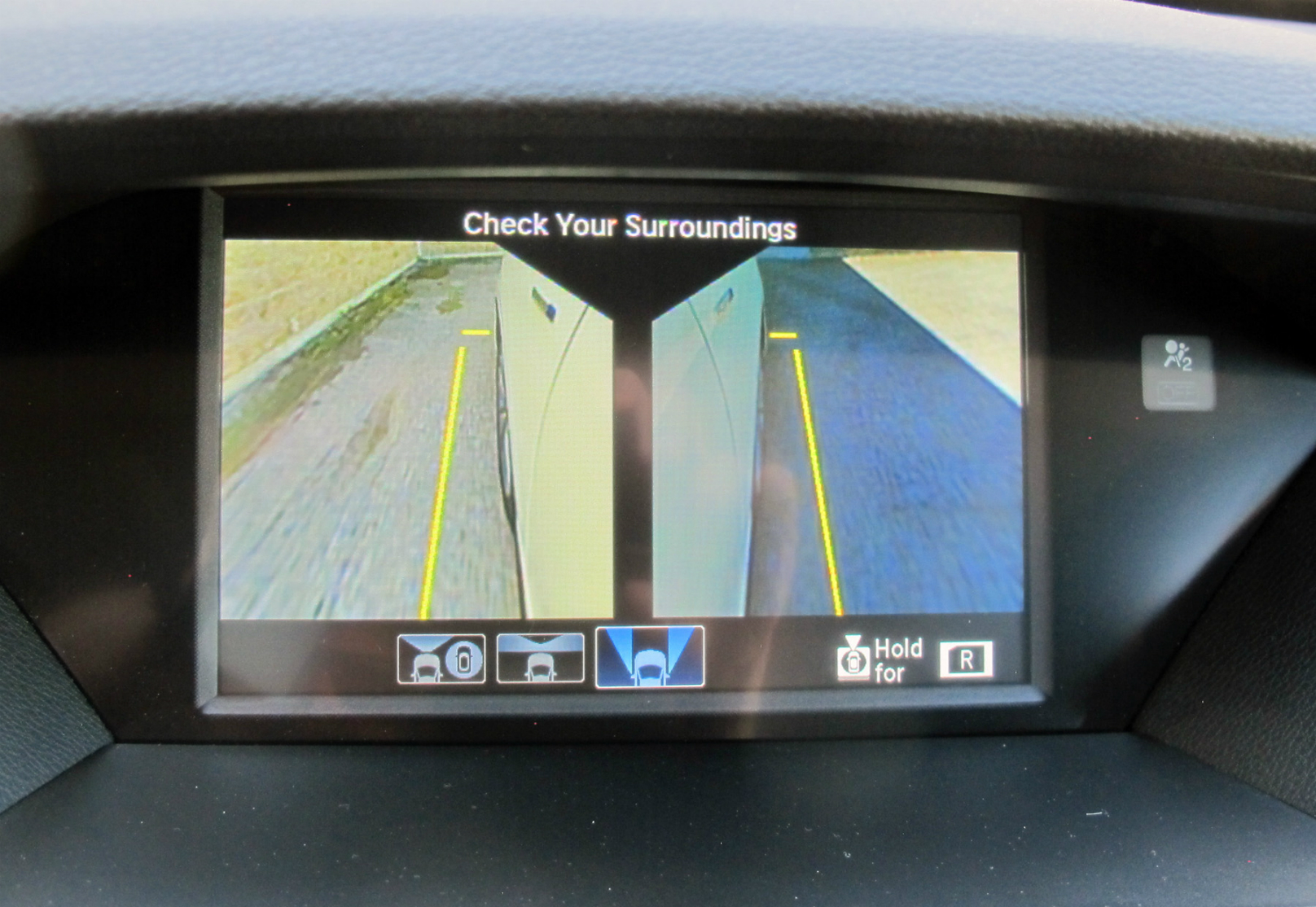 What separates it from the standard MDX — besides the three motors and dual clutch transmission — is the Acura Sport Hybrid SH-AWD powertrain with an advanced “electro servo” braking system. Also new and model-exclusive is Active Damper technology and an expanded-range Integrated Dynamics System (IDS) with four distinct modes (COMFORT, NORMAL, SPORT and SPORT+).

This provides the driver with an expanded range of selectable performance characteristics to suit his/her varied driving needs and situations.

Another factor leading to improved ride and handling is the AWD system works independently from the engine, allowing the two rear electric motors to send both positive and negative torque straight to the rear wheels.

The result is always-on torque vectoring. So when entering a corner, positive torque is routed to the outside rear wheel for more grip and stability.

The system also can simultaneously apply regenerative brake torque to the inside rear wheel during cornering to further enhance cornering control, a function unique to the Sport Hybrid powertrain.

Because the engine is not involved, the system creates a larger torque difference between the left and right rear wheels even during small throttle applications, at low engine speeds or when decelerating. 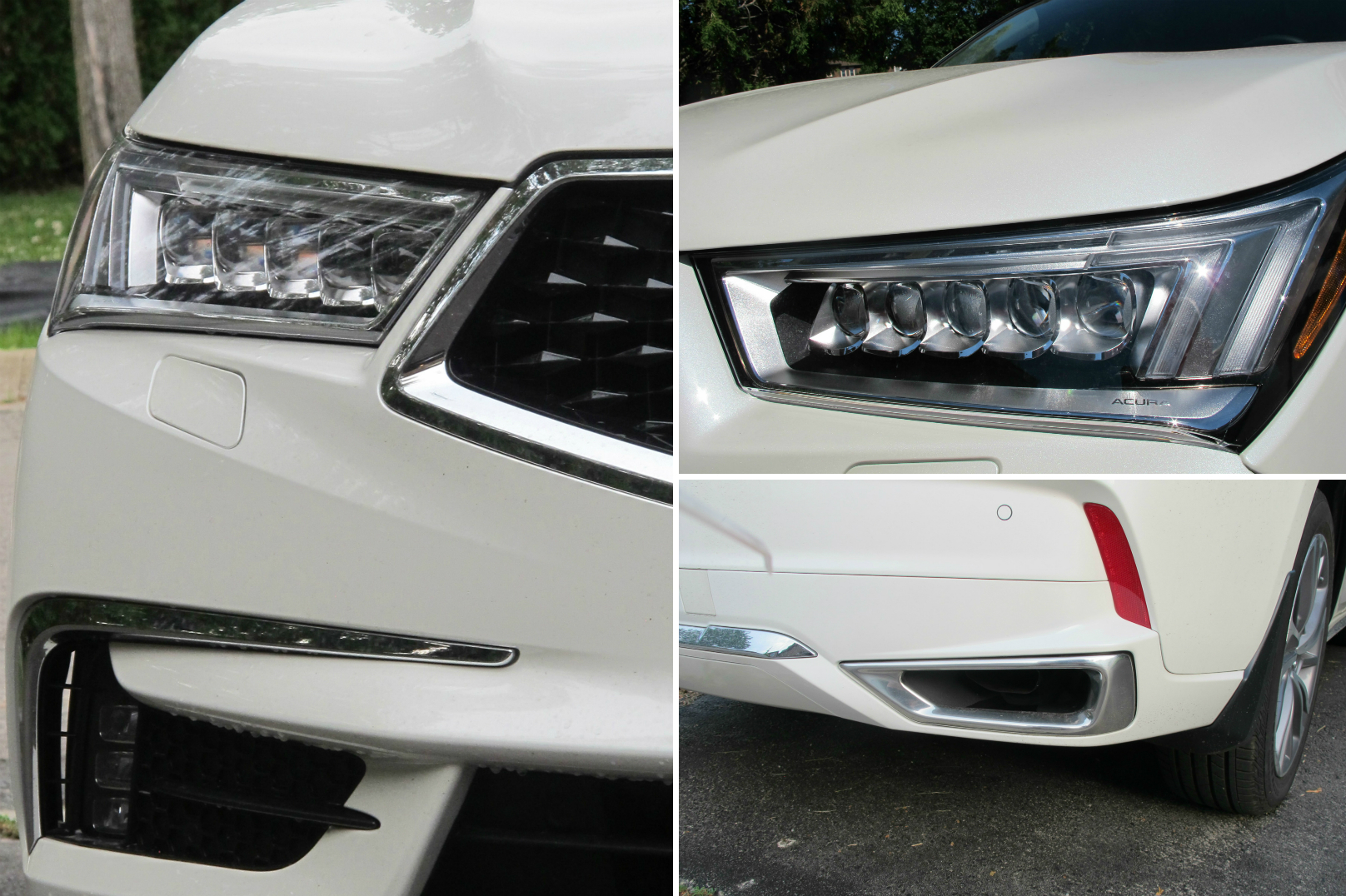 OK, now that your eyes are glazing over at the above, here’s how it all comes together in the real world.

It’s pretty slick how the SH-AWD, traction control and stability control combine to make it hard to get unstuck even in the heavy rains and standing water we’ve had recently.

On some bends over 50 km/h, I yanked it into the corner and it tracked right where I wanted without shudder from the drivetrain or rumble feeling through the steering wheel.

The only thing I noticed was touchiness of the regenerative braking. Hit the brake hard and the MDX stopped abruptly to the point the driver behind might think I was trying to give him a “brake test”. 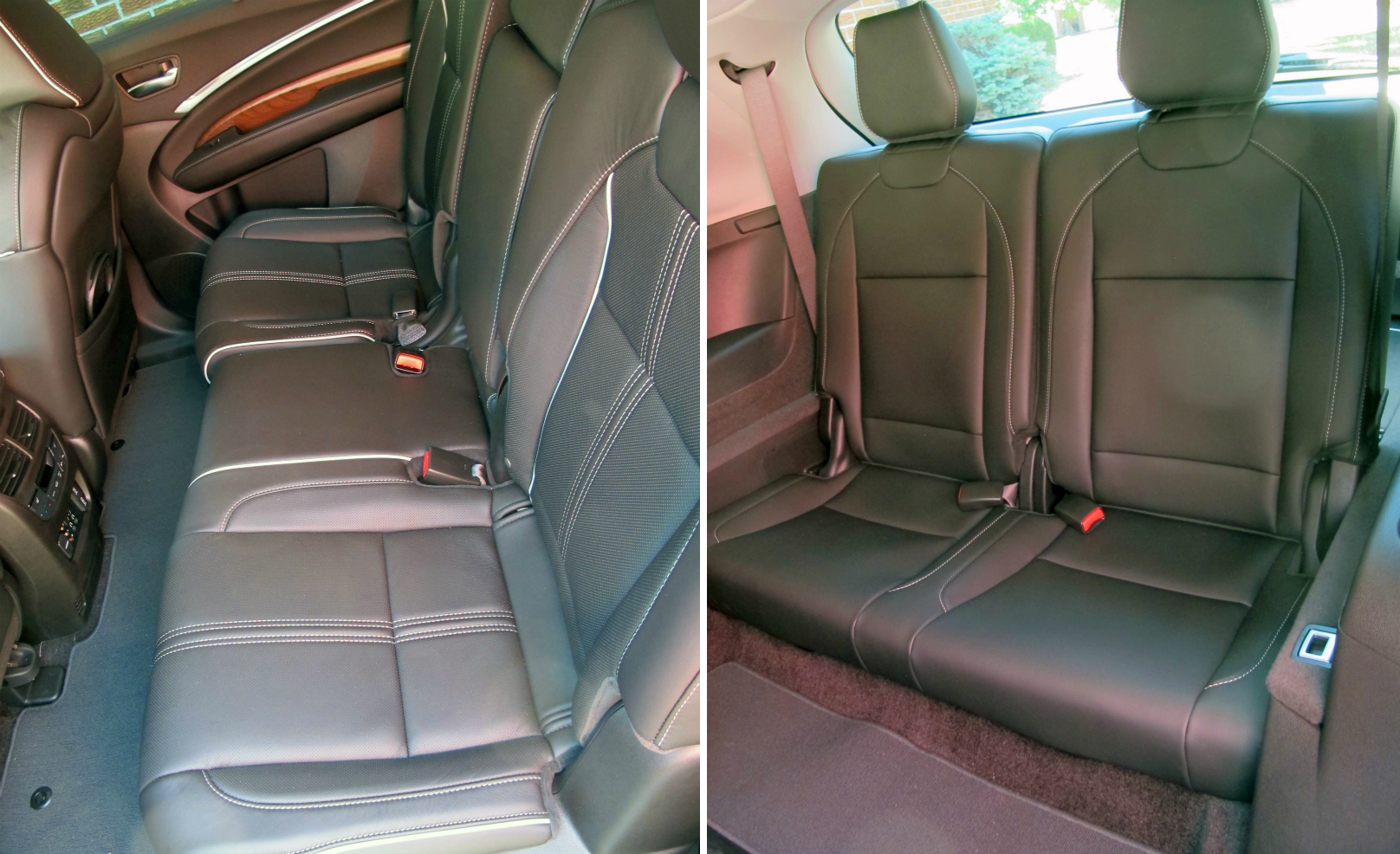 I found it best to lightly brake and then increase pressure as I neared the stop.

Slick also describes the second row seat 60:40 split/fold seats that fold and slide with the touch of a button on the bottom of the outside seat cushions and on the seat backs.

And if you look closely at body shape, you see how all the lines are composed to lessen drag. 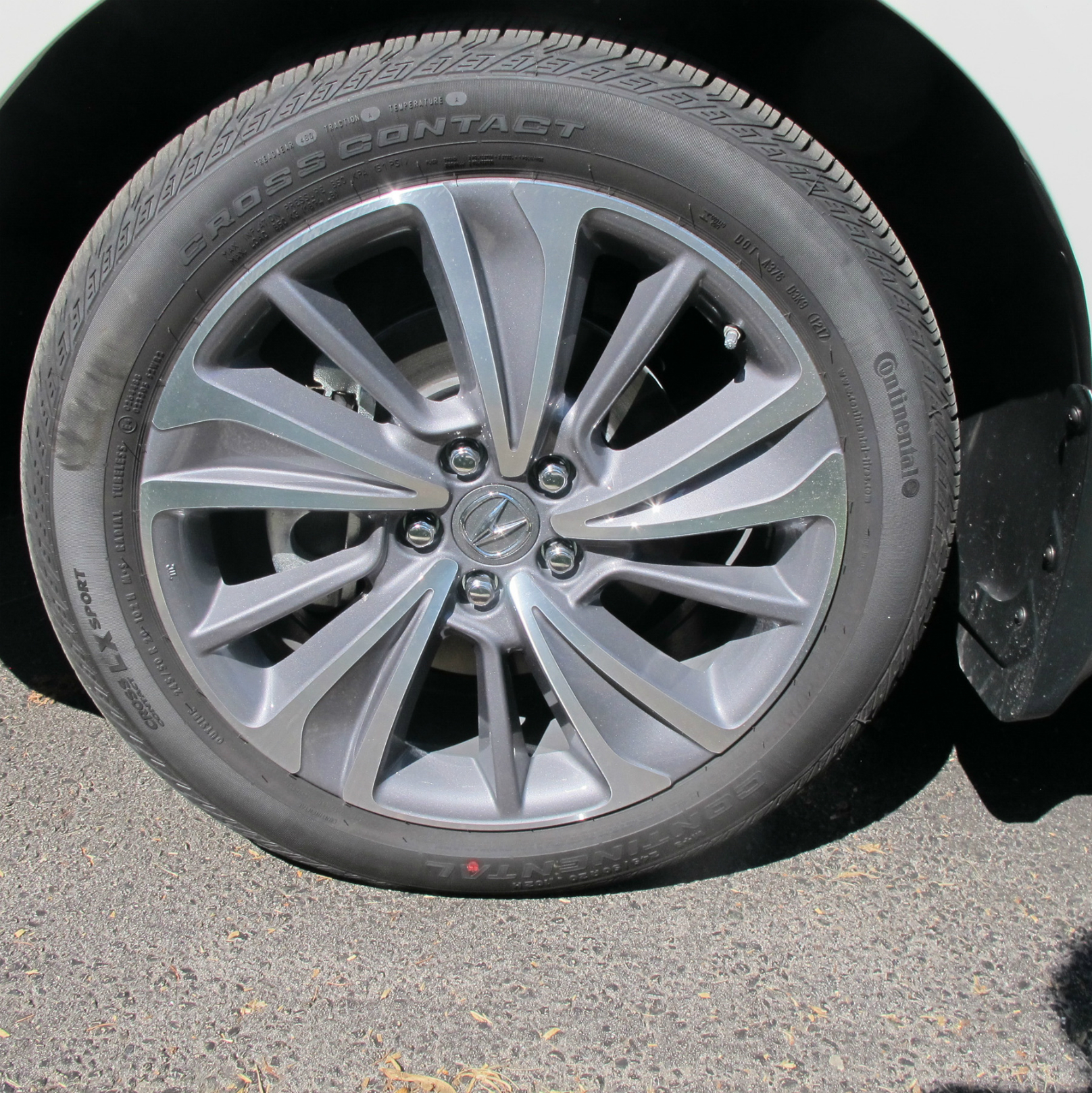 Two examples are they way the LED headlight covers are blended in with the hood line, while the lower front ducts have vents to the wheel well to create an “air curtain” that lessens drag as it routes flow over each tire.

The further I drove it, the more I came to appreciate the engineering, not the least of which was because it was so transparent in power delivery.

There is so much more to this vehicle, but suffice it to say the 2017 MDX Sport Hybrid offers all the luxury and utility you’ll ever need with seating for up to seven and compact economy car fuel consumption. 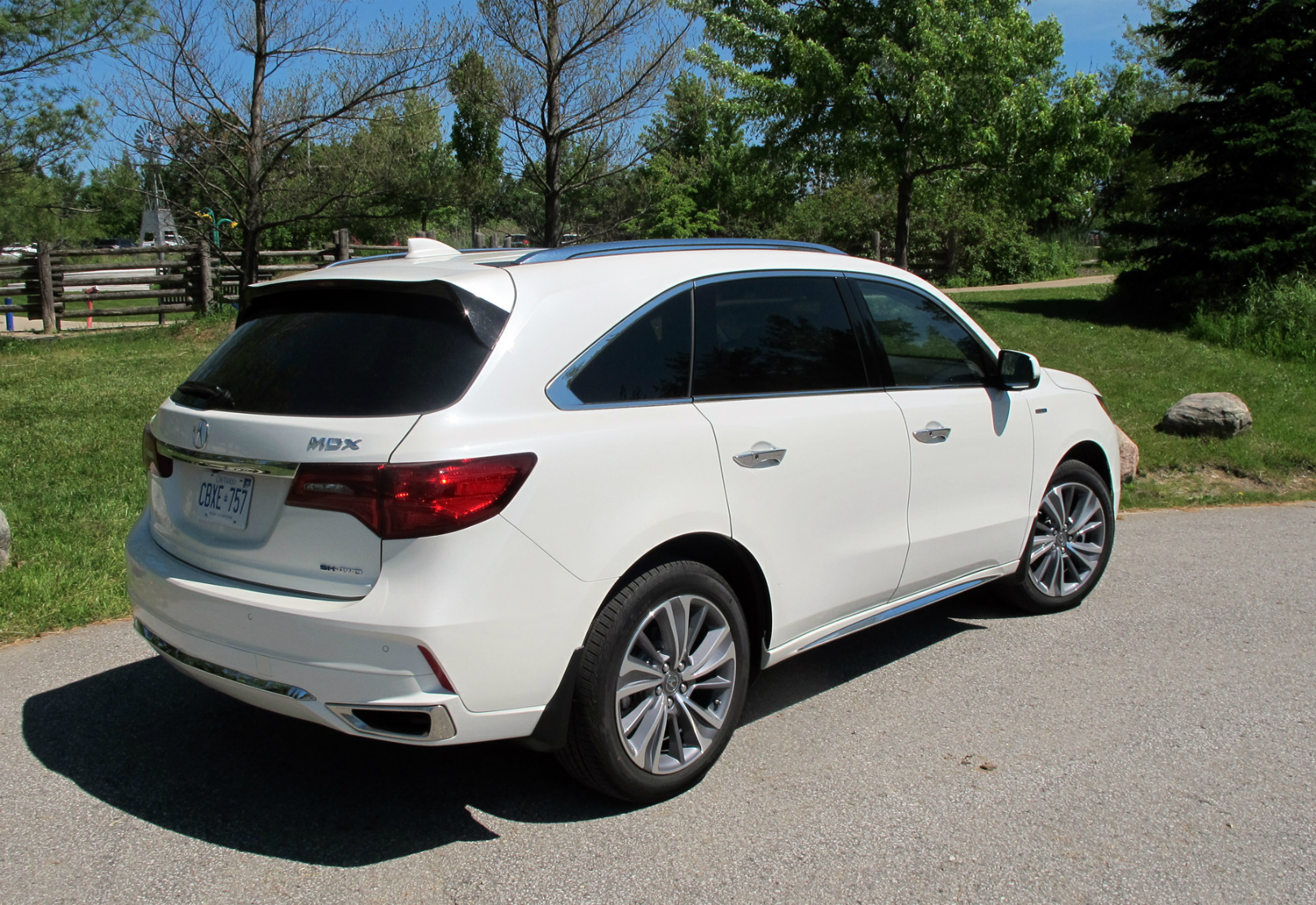 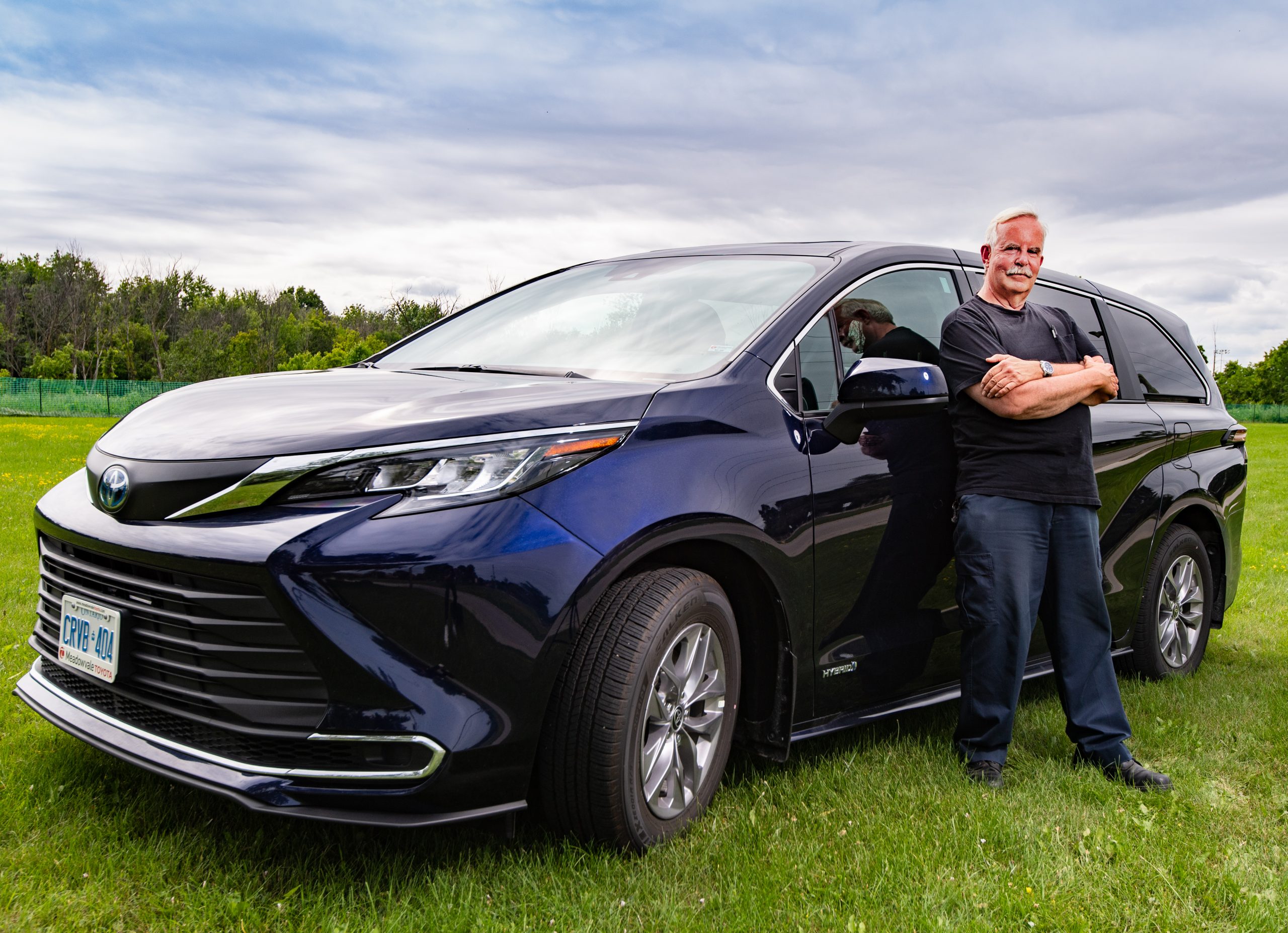