The Mazda5, based on the Japanese home market Premacy, came to Canada in 2005, being sold as a 2006 vehicle.

It’s not every day I can say I’ve been road testing a vehicle for 11 years, but such is the case with the evergreen Mazda5.

At the start of this century, the minivan was still the king of transport.

I’ll bet there’s not a person under 30 who can’t say they weren’t transported to hockey/soccer practice, school or cottage country in a minivan.

A decade ago there was still the “regular” and “full-size” minivan, the classic example being the Dodge Caravan and the Dodge Grand Caravan respectively.

The Mazda5, based on the Japanese home market Premacy, came to Canada in 2005, being sold as a 2006 vehicle. 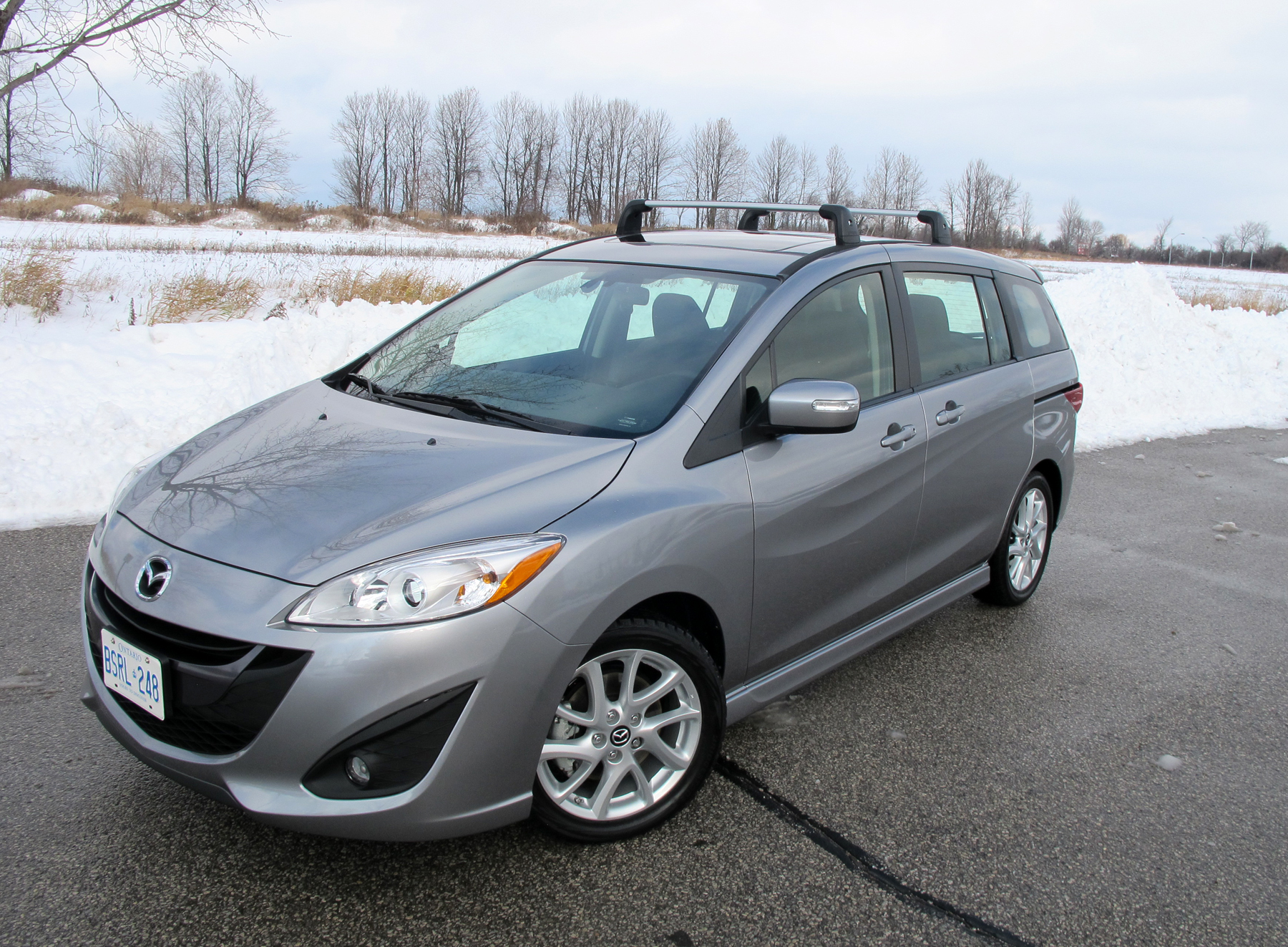 Going on strong after some 11 years, the 2017 Mazda5 (GT model shown) had little differences except minor exterior and interior design changes.

Back in 2005 when the Automotive Journalists Association of Canada (AJAC) was still relevant, the Mazda5 was named Best New Multipurpose Family Vehicle of 2006 in AJAC’s Canadian Car of the Year program.

I was still a member of AJAC in those days and I remember driving the Mazda5 entered in the competition impressing me so much I bought one.

Now part of the reason was I knew Mazda Canada’s “Super Wrench”, Danny Manning, had personally been over every Mazda entered the Car of the Year, meaning it would be perfect. 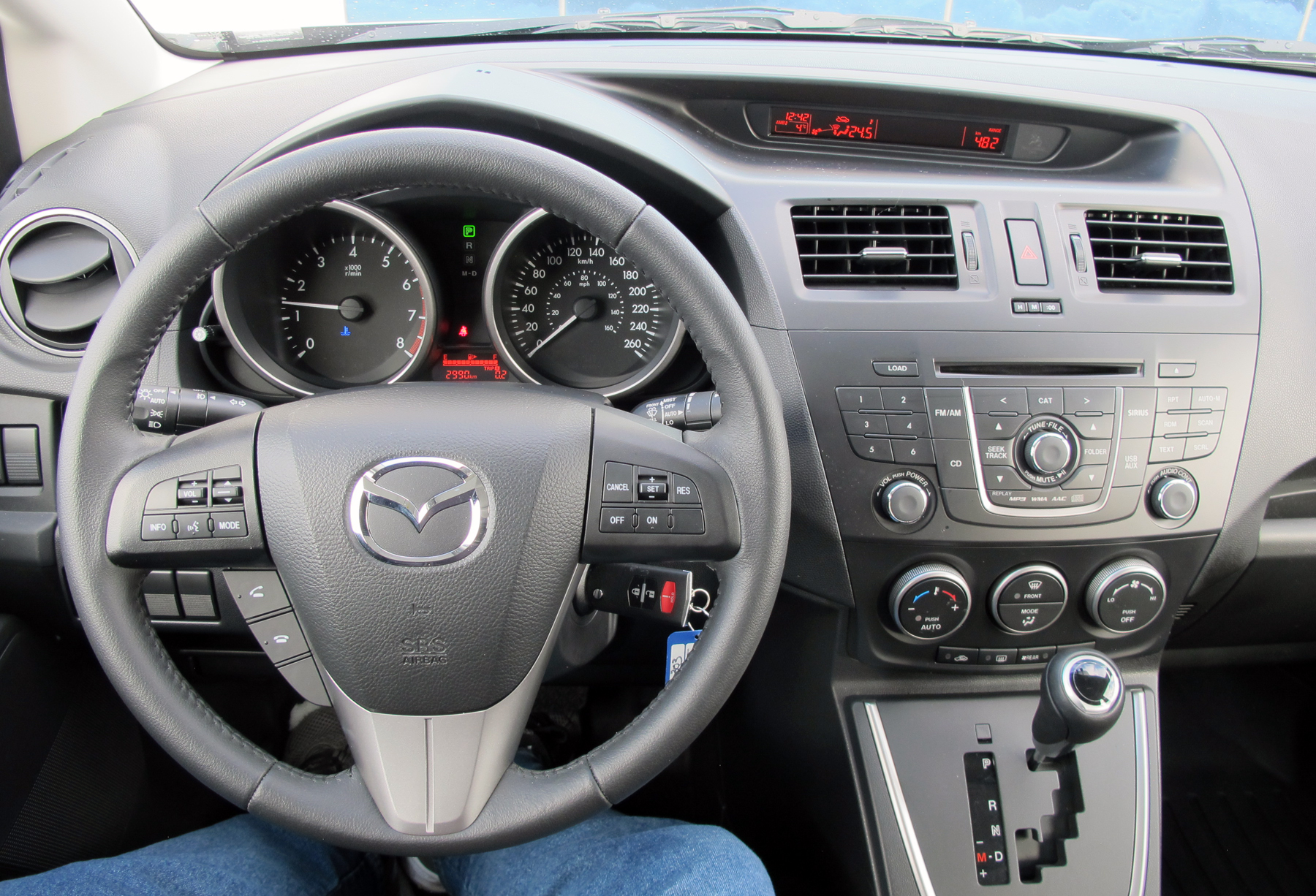 The interior of the 2017 Mazda5 differs little from the initial 2006 model with a large and legible main gauge cluster.

And Danny, if you are reading this, I understand you are retiring later this year and I speak for many in saying you will be missed. (Hey Danny, can I finally have that yellow RX-7 you got tucked away?).

For more than a decade it was my wife’s daily driver to her newspaper job in Bolton, our ride to Sandbanks Provincial Park scores of times, moved my kids in and out of university and college and today is backup for my son and I.

The 2006 Mazda5 came along just as it dawned on the industry that the crossover was not longer a curiosity, but an emerging trend to reckoned with.

In light of the size of mid-size crossovers like Mazda’s own CX-9, the 2017 Mazda5 should more properly be called a compact minivan not a mid-size.

Also Read: Any Odyssey would be fun with this Honda minivan

In terms of capacities and powertrains, there is little to distinguish between the 2006 and 2017 models.

My 2006 came with a 2.3-litre inline DOHC four-cylinder with 157 hp and 148 lb/ft of torque with front-drive only through a standard five-speed manual or optional four-speed automatic as fitted to my 2006 GS. 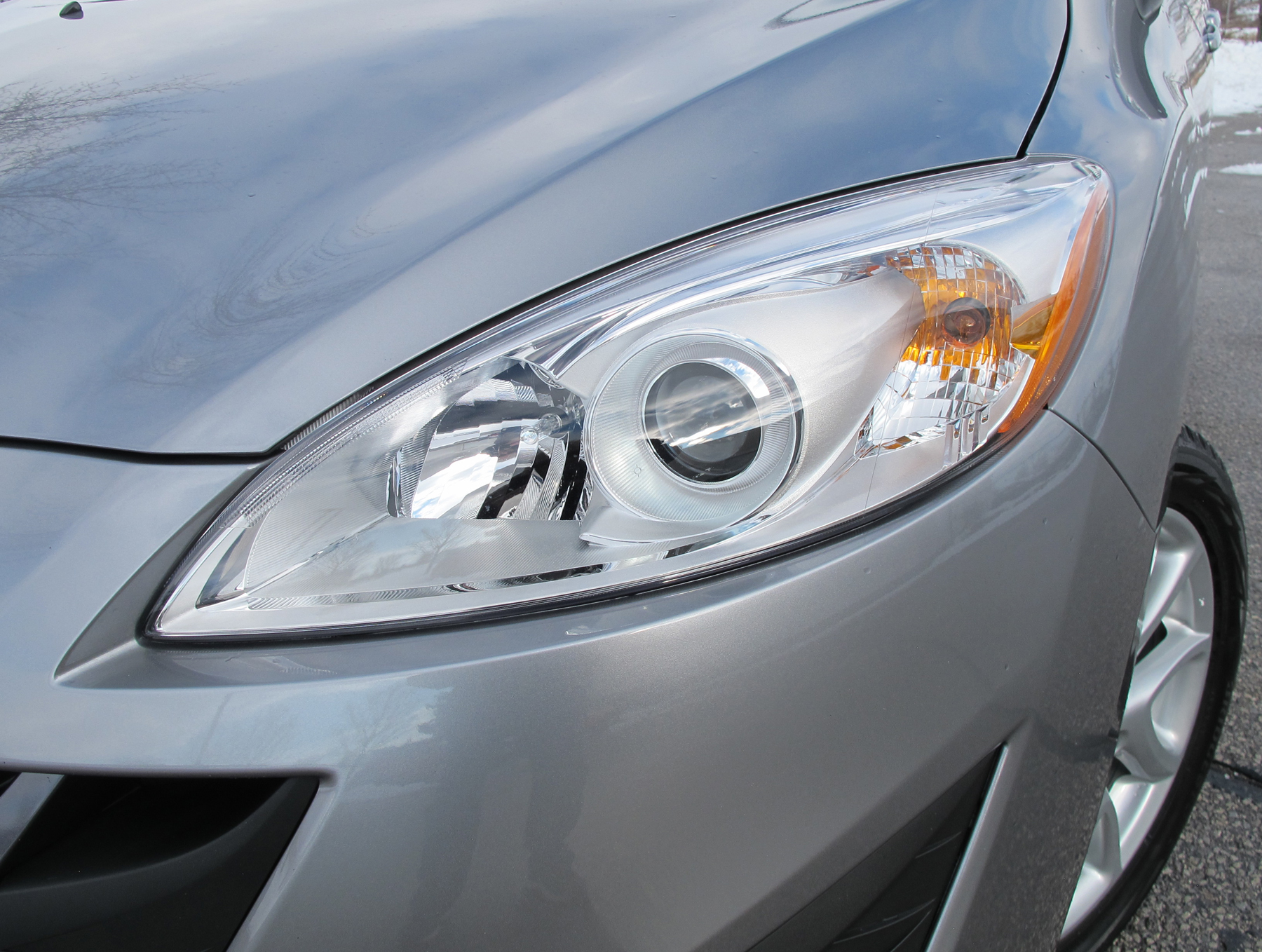 With the 2017 little is changed, with the engine bored out to 2.5-litre with 157 hp and 163 lb/ft of torque still driving the front wheels with a six-speed manual transmission still standard or an optional ($1,200) automatic with sequential manual shift mode. 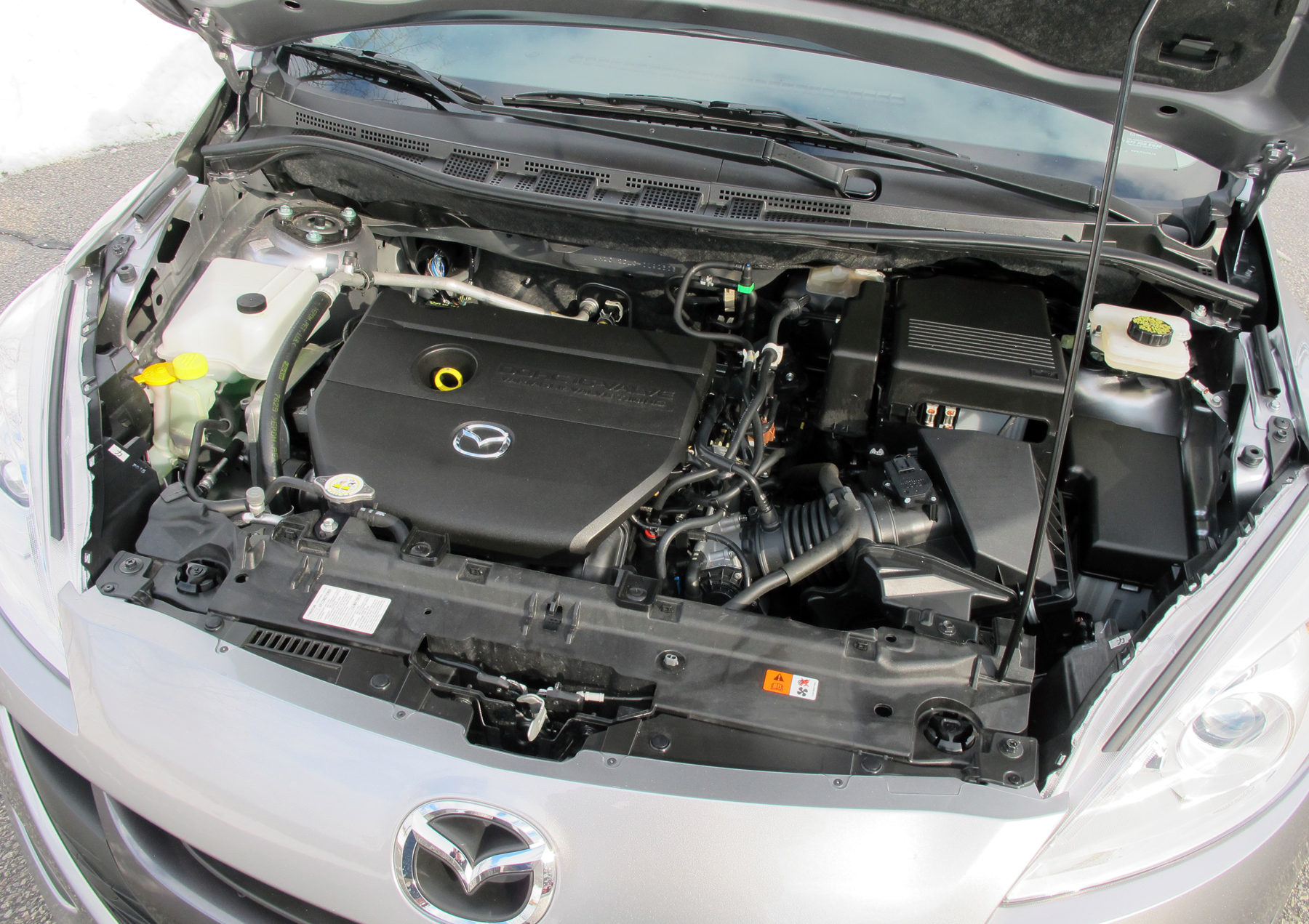 The current Mazda5 is powered by a 2.5-litre DOHC four-cylinder (157 hp, 163 lb/ft) driving the front wheels through a standard six-speed manual or optional ($1,200) automatic transmission.

The GT is the topline trim of any Mazda sold in Canada and  the 2017 model as tested here it comes standard with items not available back in 2006, such as Bluetooth hands-free phone system, rear backup sensors, SiriusXM Satellite Radio, Xenon headlights, fog lights and heated exterior mirrors with integrated turn signals.

A new feature which I miss on the 2017 is a back-up camera, which I have come to rely upon, not to mention cross-traffic alert.

Other than replacements of the rear shocks and springs, my 2006 Mazda5 has been a solid performer since the day I bought it and, while showing its age, is ready to go every day.

Also Read: Road Trip: Toyota Sienna not a van to strike out

The 2017 I had for a week felt more powerful and the five-speed automatic was more seamless on torque transfer than the four-speed on the 2006.

But where both shine is on cargo and people mover volume and that’s where a minivan makes (to me and lot more like me) more sense than a SUV or crossover with more interior space and at less cost. 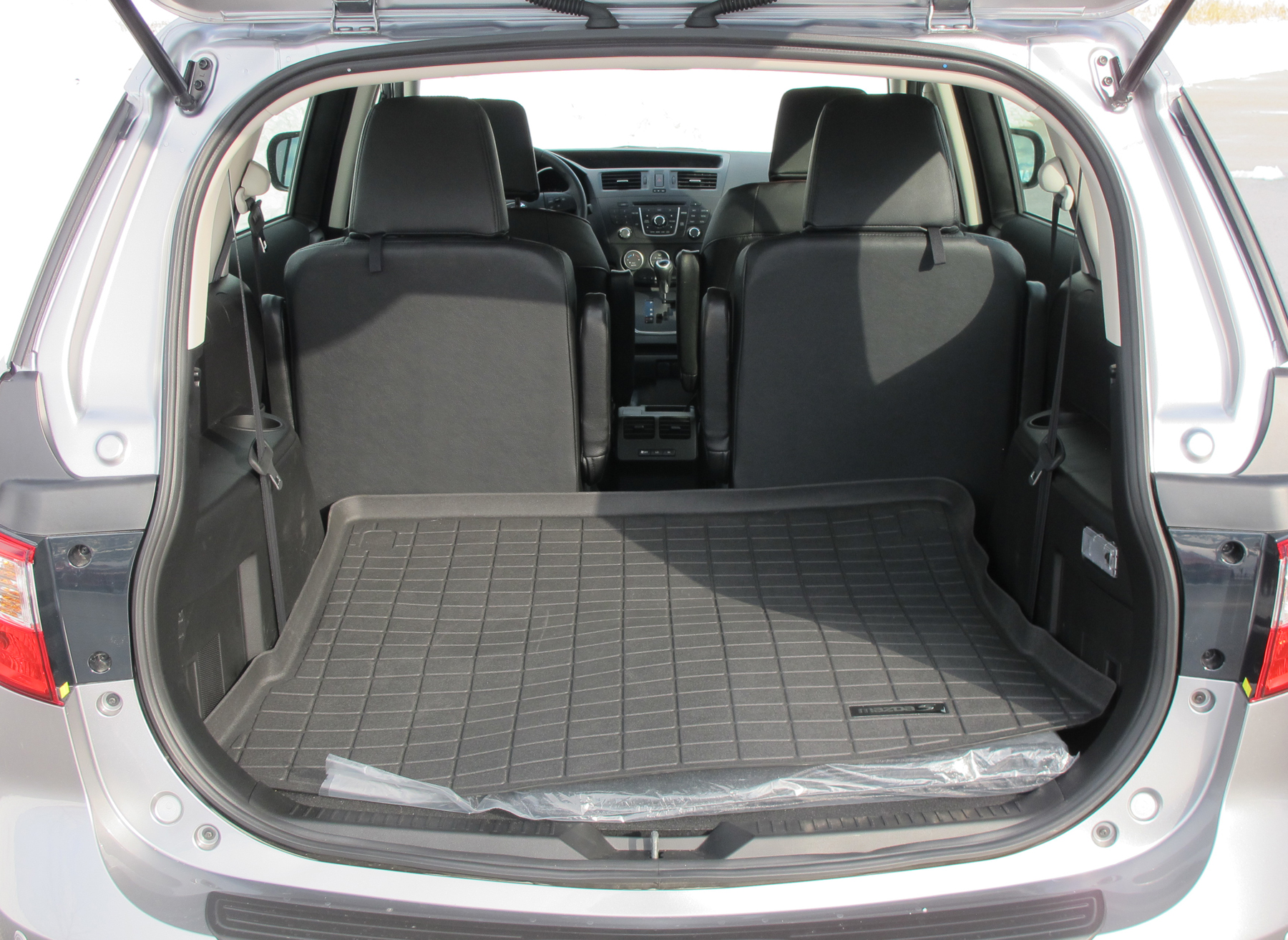 The U.S. has already stopped bringing in the Mazda5, while in Canada, it continues to sold, but for how much longer, I wonder.

If you want utility, longevity and at a seriously affordable price, the 2017 Mazda5 might be a great alternative – while they last. 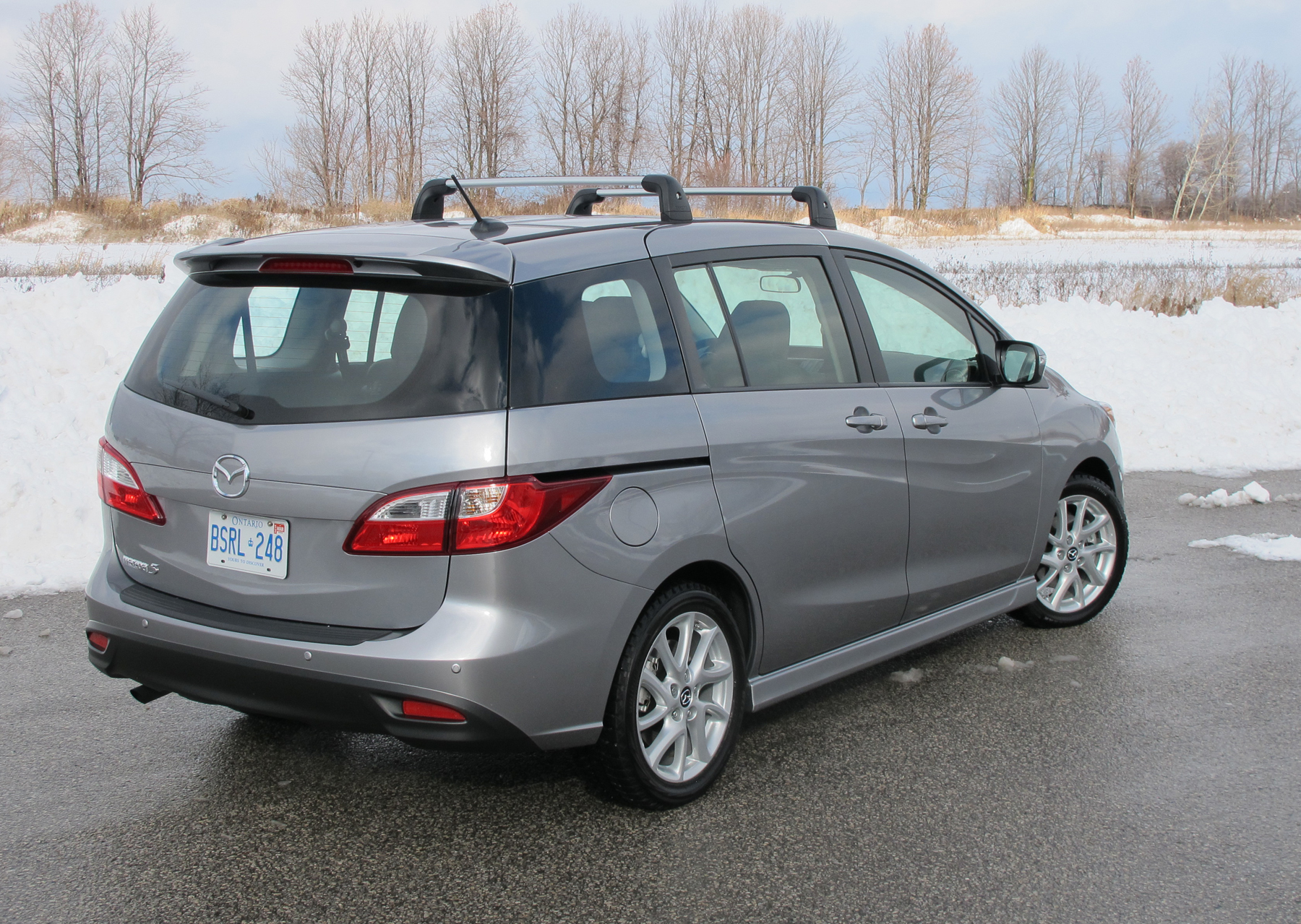 The 2017 Mazda5 offers a huge rear liftgate for maximum access to the cargo area.