You just can’t beat the combination of an MX-5 top-down cruising along a twisty country road on a sunny, summer afternoon. Except the MX-5 has now a more conservative look up front , moving away from the ‘smiley face’ grille.

FOR some people, when the talk comes around to affordable sports cars it’s all about British-built MGs, Austin Healeys, Triumph Spitfires and TR6s of the ’50s and ’60s.

But for others like myself, the Mazda MX-5 is what first comes to mind when I think about a sports car that really turns my crank.

Those who know me know I’m a huge Mazda fan. 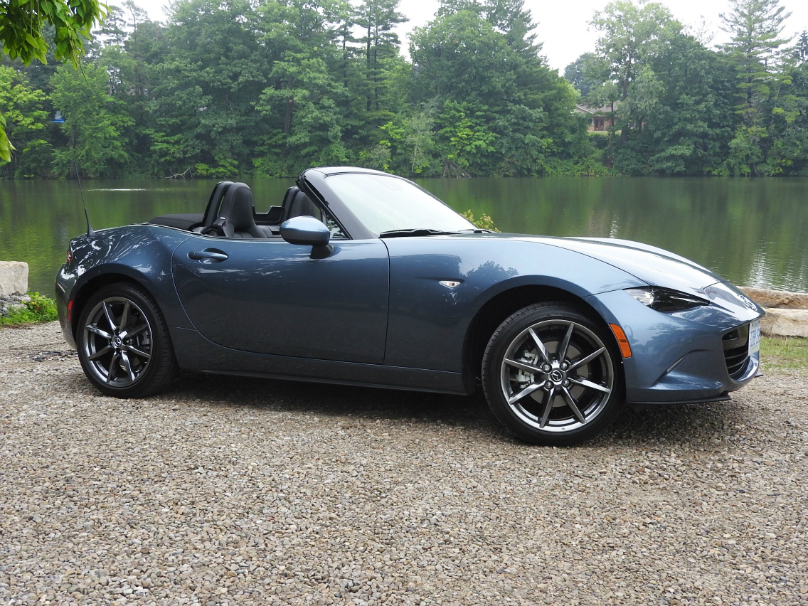 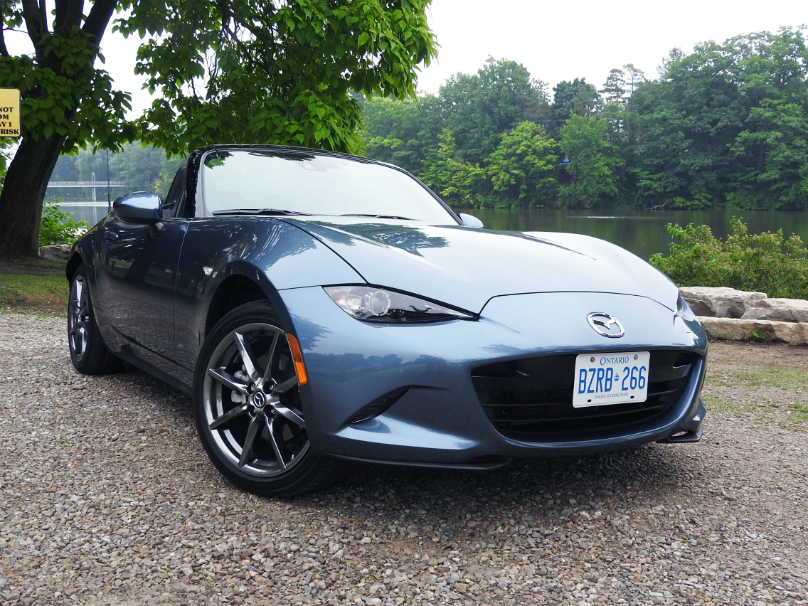 My wife and I have owned or leased more than 15 Mazdas over the years and we just added a new 2016 CX-5 crossover to the garage.

So it’s not surprising that I would fall in love with the 2016 MX-5 that I recently tested over a week in mid-summer. It happens every time I drive the two-seat, rear-wheel drive roadster.

But I know I’m not alone, as the MX-5 has sold more than one million units since it made its debut in 1989 at the Chicago Auto Show and came on the market as a 1990 model. It is the best-selling two-seat sports car of all-time and deservedly so.

RELATED: Review: Audi TT S has the ingredients for a smile

Back in 1990 it was called the MX-5 Miata in North America, but the Miata name has since been dropped as the spunky little two-seater enters its fourth generation in 2016.

In covering the launch of this new generation MX-5, my Metroland colleague Jim Robinson wrote that his test drive in a French Mariner blue colour Miata in 1990 attracted the most reaction of any car he has driven over the past 25 years. 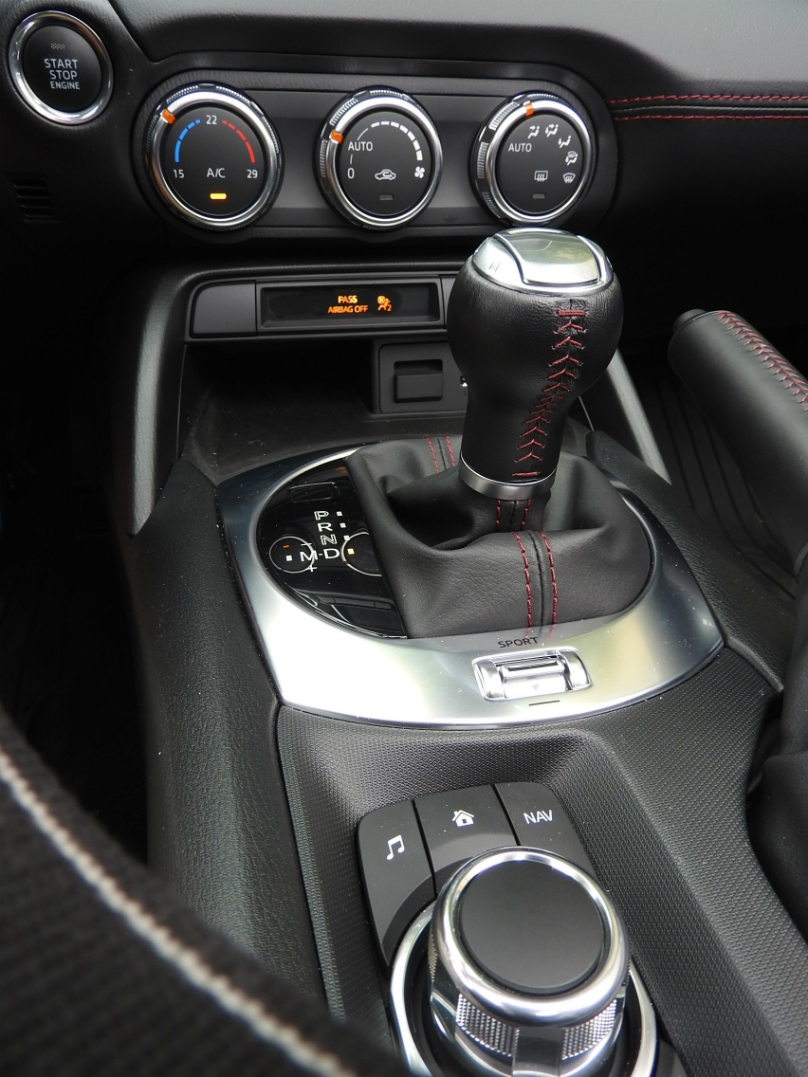 That’s something when you consider Jim has probably driven well over a thousand different cars in that time period!

I can’t say I experienced the same kind of response that Jim did a quarter century ago, but there were lots of positive comments from both friends and strangers alike.

The 2016 MX-5 debuts the fourth generation of this iconic sports car with a full slate of Skyactiv technology to make it faster, lighter and more efficient. 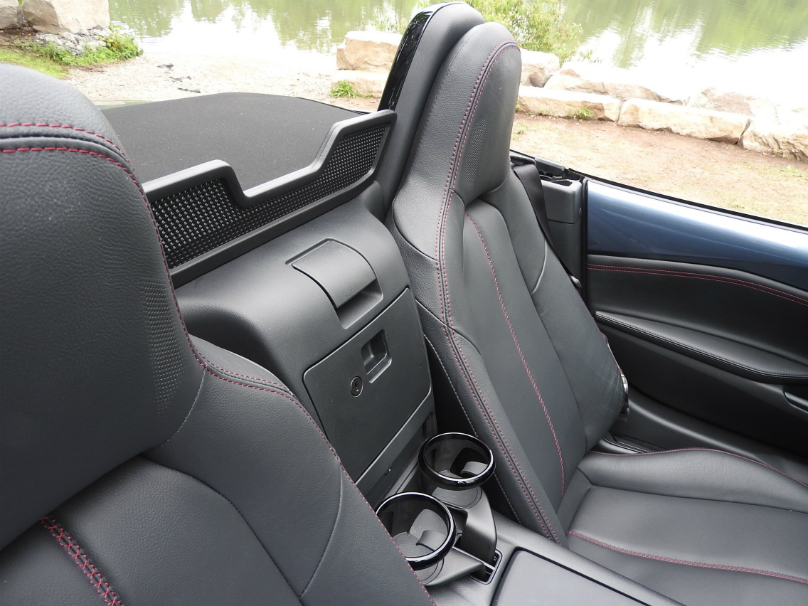 Part of the Skyactiv philosophy is achieved through weight reduction as the new MX-5 is lighter by 68 kg (150 lb). That may not seem like much but consider the previous MX-5 was already one of the lightest vehicles for sale in North America to begin with. In fact, our test vehicle weighed in at a svelte 1,078 kg (2,371 lb).

RELATED: Mini Cooper Convertible is all grown up, but still having fun

A six-speed manual transmission is standard with a six-speed automatic offered as a no-charge option.

Power for the MX-5 continues to come from a 2.0-litre DOHC inline four-cylinder engine, but now with the aforementioned Skyactiv technology, aimed at improving fuel economy. 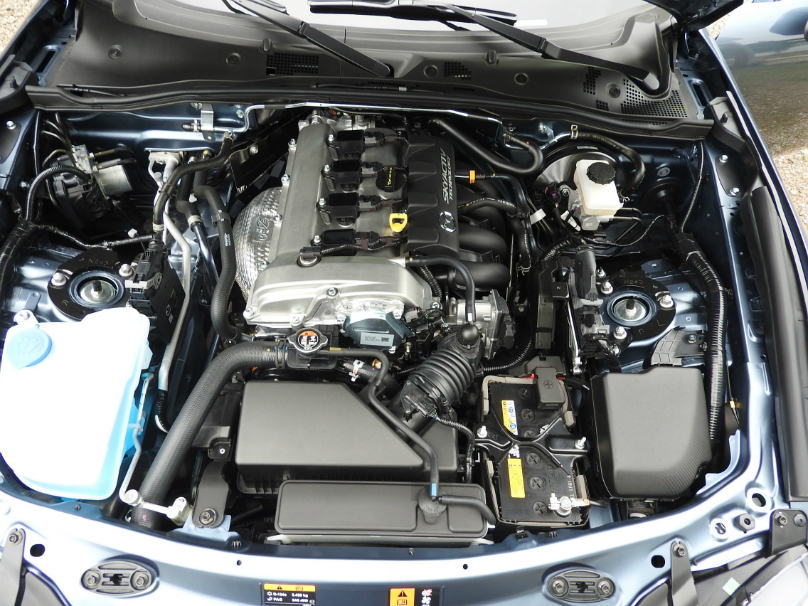 For 2016, the engine sits lower and further back for a lower centre of gravity, which results in better handling response.

And handling is where the MX-5 excels.

When the roads turn twisty, this car is at its best, feeling both quick and nimble with great steering and just the right amount of power to dart through the corners in a stable fashion.

Inside, the new MX-5 is truly a driver-centric car with all controls easy to use and easy to reach. To this end, Mazda says it has even optimized the pedals to fall in line with the natural movement of the driver’s feet for more comfort. As well the hood has been lowered and the A-pillars pushed back for increased visibility.

There’s no power top here, but not to worry as the soft top can be opened and closed in a matter of seconds without even leaving your seat.

Being six-feet-tall, the MX-5 has always been a tight fit, but I found just the right amount of legroom to put a smile on my face with this new generation. Cargo space is still at a premium with 130 litres in the trunk, but you can at least fit in a small overnight bag. 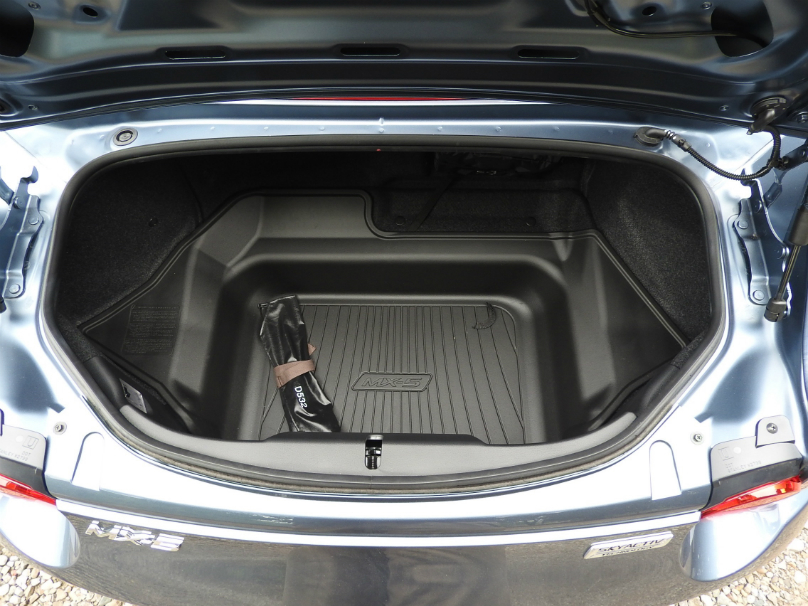 For the majority of buyers in the world, this is far from a practical car.

There are only two seats, it’s cramped inside and certainly it’s not family friendly.

But with the MX-5 you get a car that takes the Mazda “zoom zoom” motto to a new level and provides affordable fun with open air motoring.

In my opinion, you just can’t beat the combination of an MX-5 top-down cruising along a twisty country road on a sunny, summer afternoon.

That’s what dreams are made of. 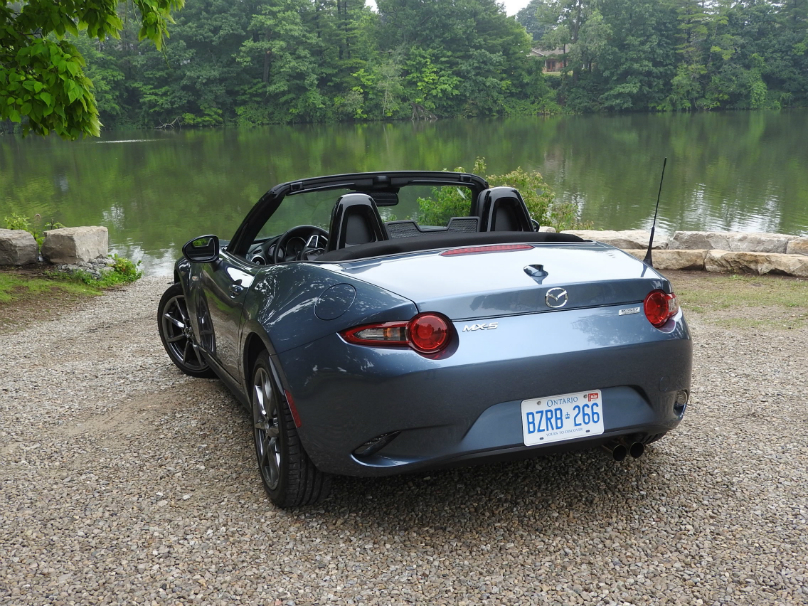