Lincoln Lavishes Luxury on the MKX

Lincoln’s MKX was given a full makeover for the 2016 model year as Lincoln strives to raise its attractiveness to the mid-size premium crossover buyer.

It first surfaced as a concept car in 2004 at the North American International Auto Show in Detroit and went into production as a 2007 model.

Never a hot seller, the second generation came along in 2016 based on the same platform as the Ford Edge, and like the Edge, built by the good men and women in the Ford assembly plant in Oakville.

I put more than 700 km on this week’s tester, the top trim of the MKX Reserve, to see what kind of job they did. 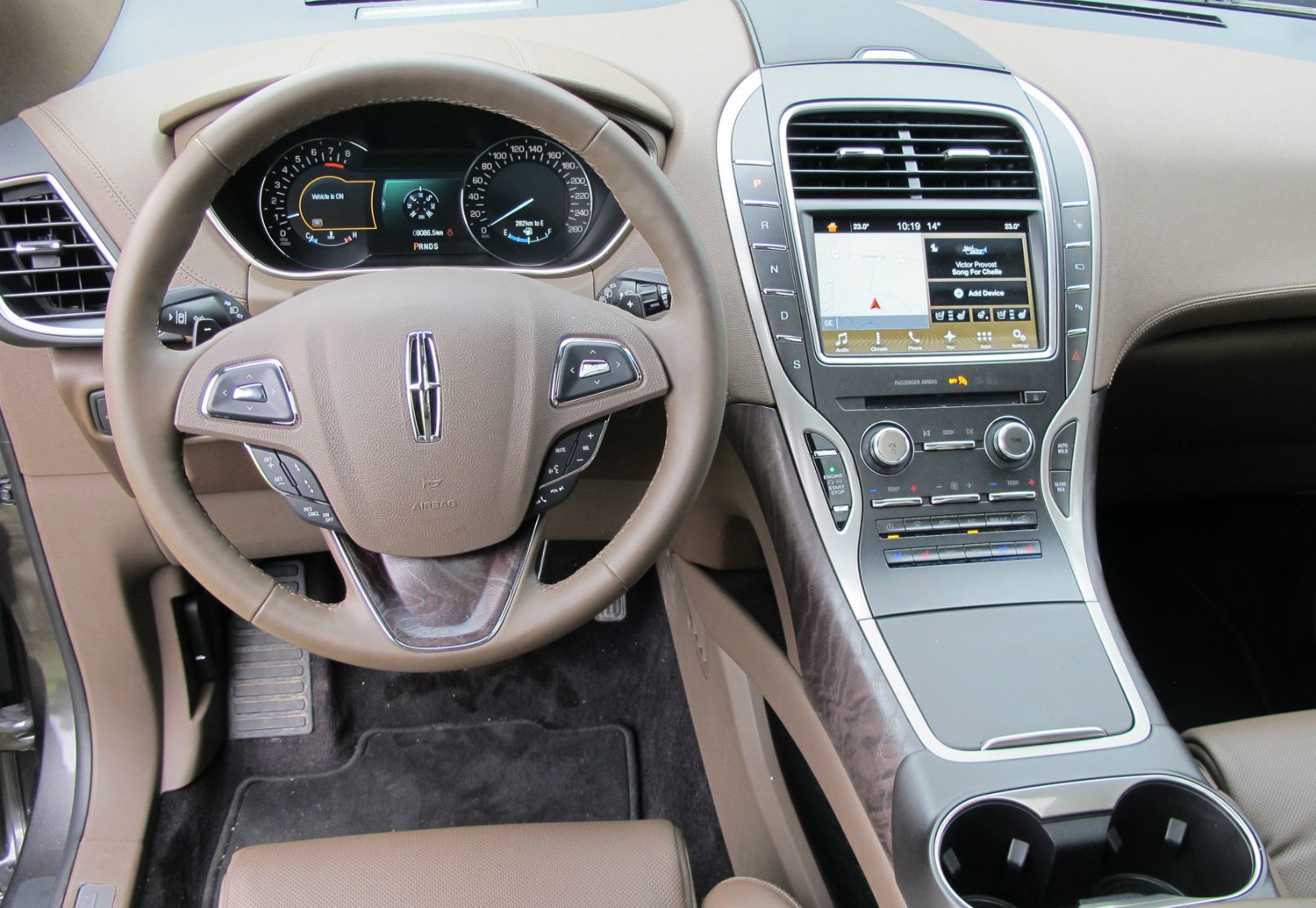 Billed as mid-size, its 4,827 mm (190.0 in) length puts the vehicle into the full-size category by my reckoning — all heightened by the optional 21-inch alloy wheels on the Reserve trim model.

For example, it has 1,007 mm (39.6 in) of legroom for second-row passengers that is limousine-like when you get in.

The “Base” model, if you can call it that, is powered by Ford’s long-serving 3.7-litre DOHC V6 with 303 hp and 278 lb/ft of torque with a six-speed SelectShift automatic transmission (with paddle shifters) and standard all-wheel-drive. 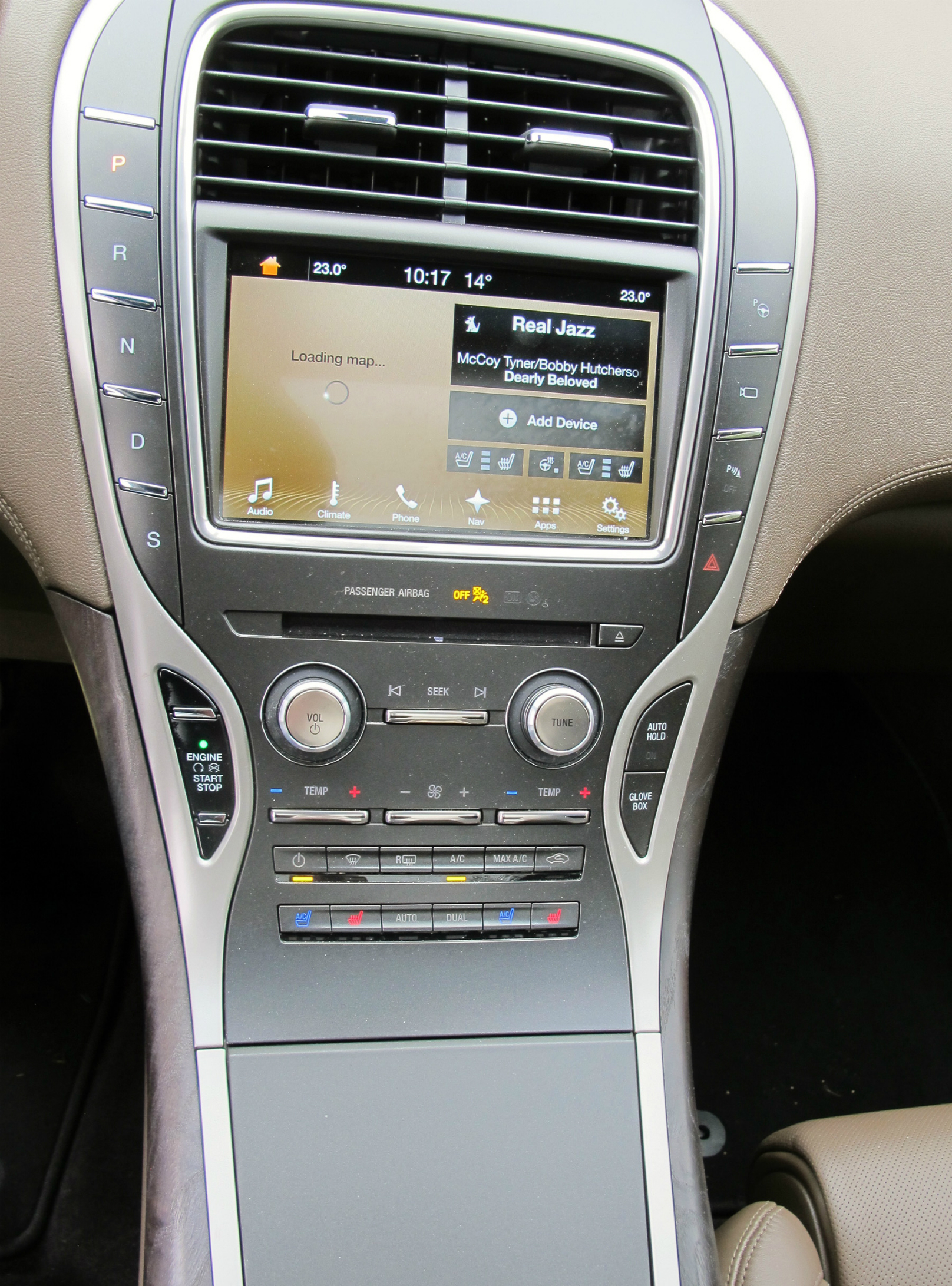 Fuel rating is 14.1/9.8L/100 km city/highway on regular fuel, but these EcoBoost engines are at their best using premium. 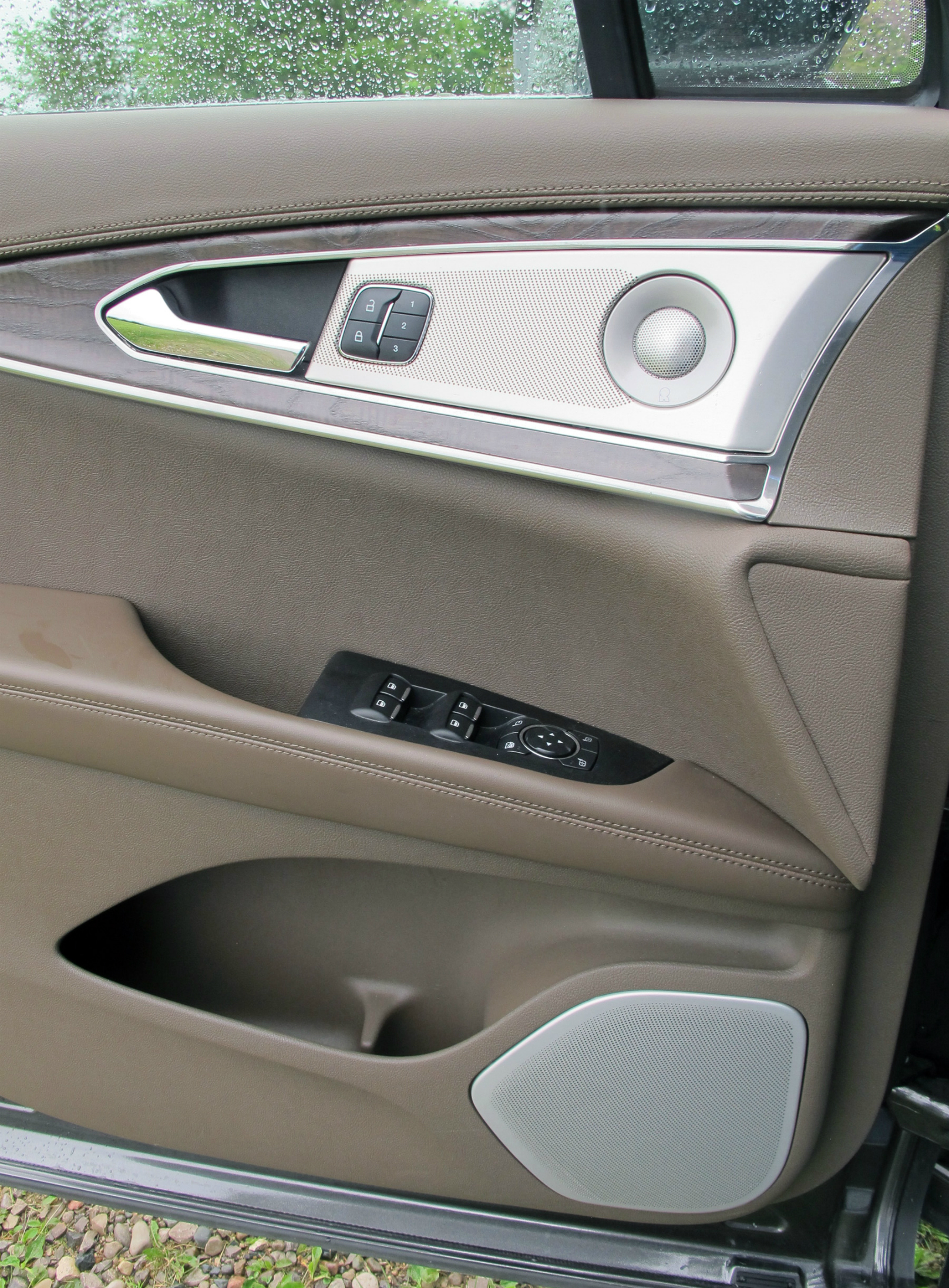 This may sound like an oxymoron, but the interior is lavishly understated, starting with warm, earth-tone leather trim and seating surfaces with an addition of wood trim on the door panels and centre console.

The driver’s seat with 22-way power is a $1,500 option, while the $5,500 Luxury Package brings with it adaptive LED headlights and the stunning, 19-speaker Revel II audio system. And for $2,950, there was the Canadian Touring Package which added the 21-inch premium painted wheels.

Was it worth it?

OK, the 22-way power seat is a bit much, but soothing is how to describe the feeling of the interior and that includes the Revel sound system with crystal clear projection with the tweeters hitting some high notes in old favourite songs of mine I didn’t know were there.

And if silence is golden, then the interior noise intrusion level is worth a fortune. 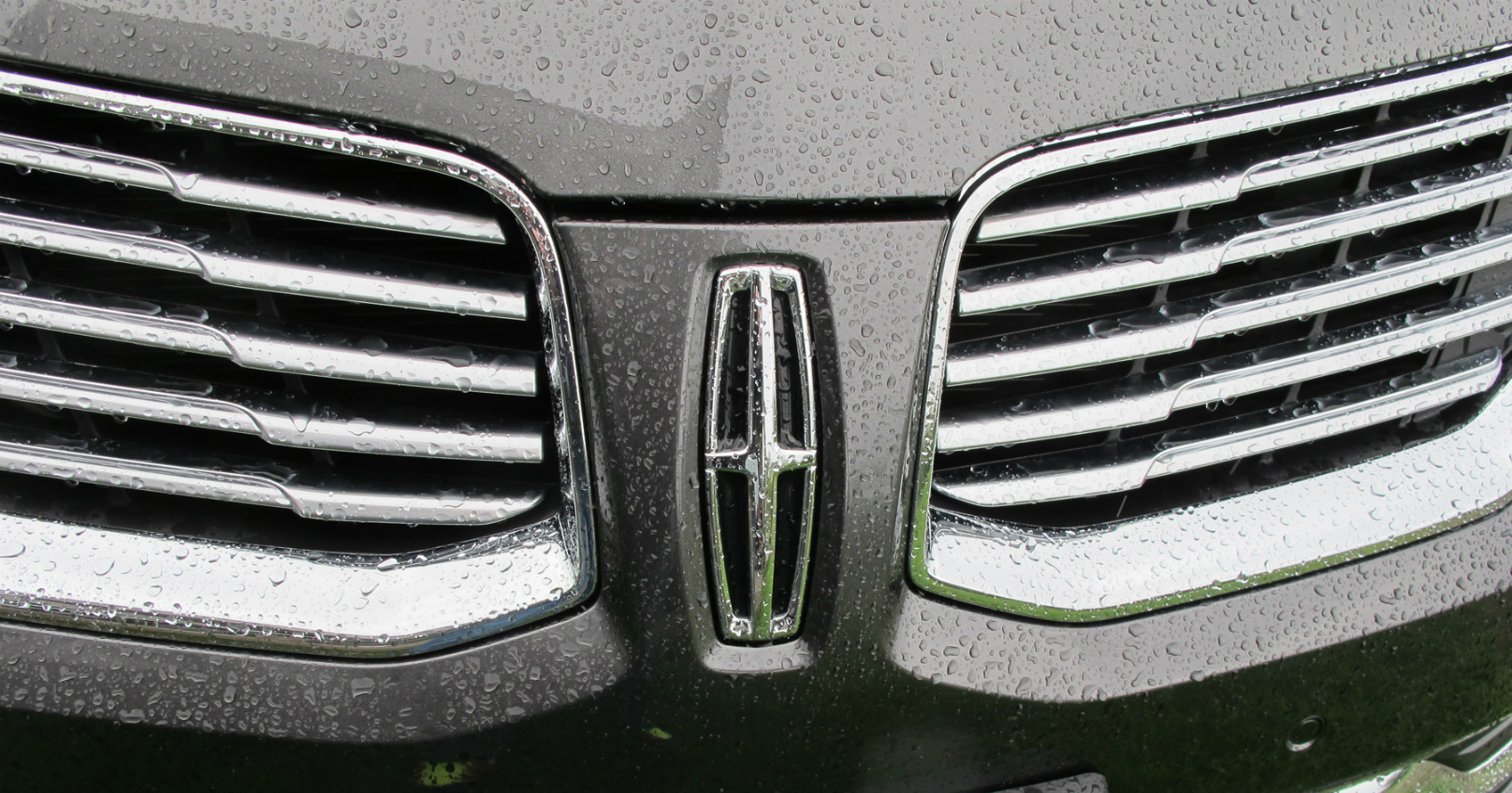 My 700-km trip included a lot of highway driving in almost continuous rain. Usually the tires, especially the bigger ones, cause a “sizzle” sound that creeps into the cabin, but this was not a factor in the MKX.

Similarly, the active cruise control with collision alert worked perfectly, even in the rain. All I did was set it and forget it as I rolled along on cruise, rarely having to brake, making the trip all the more relaxing. 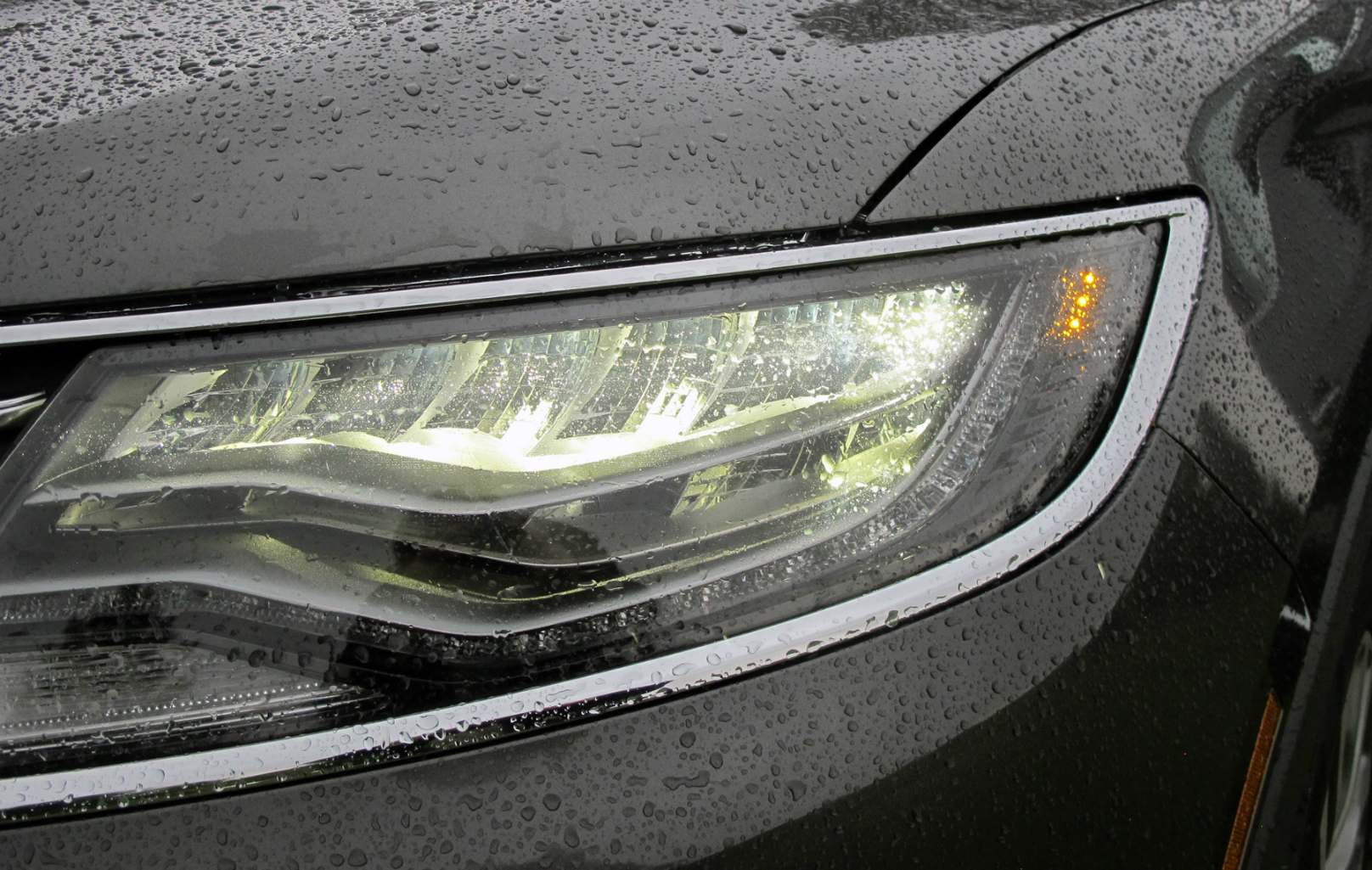 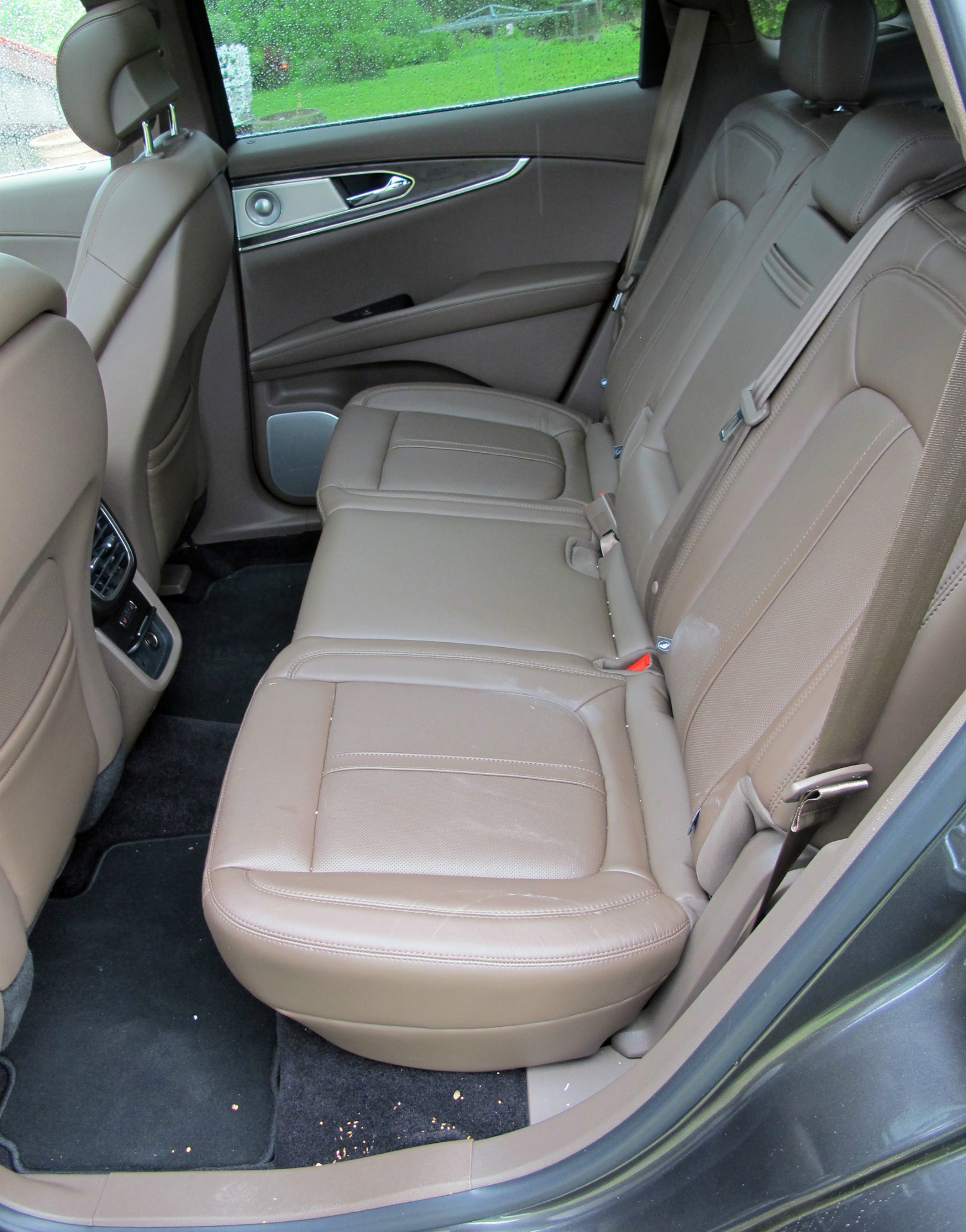