Let the Force be with Nissan’s Rogue

The black grill with the black alloy wheels and especially with the privacy glass, enhances the styling giving it a more aggressive stance than the standard trim and makes it stand out even before you notice the limited edition insignia.

The 2017 Nissan Rogue Star Wars Limited Edition made a huge splash with its recent debut at the Los Angeles International Auto Show.

It made its entrance surrounded by Imperial Storm Troopers, laser beams and space ships.

I’m not a die-hard Star Wars fan, and truly don’t understand a lot of the craze, but this introduction was enough to wet my appetite and travel to a place far, far away to test it – Well, Ontario, Canada which I think is far enough.

This Limited Edition is only available in two colours – magnetic black or glacier white. I was given the latter as a test vehicle. 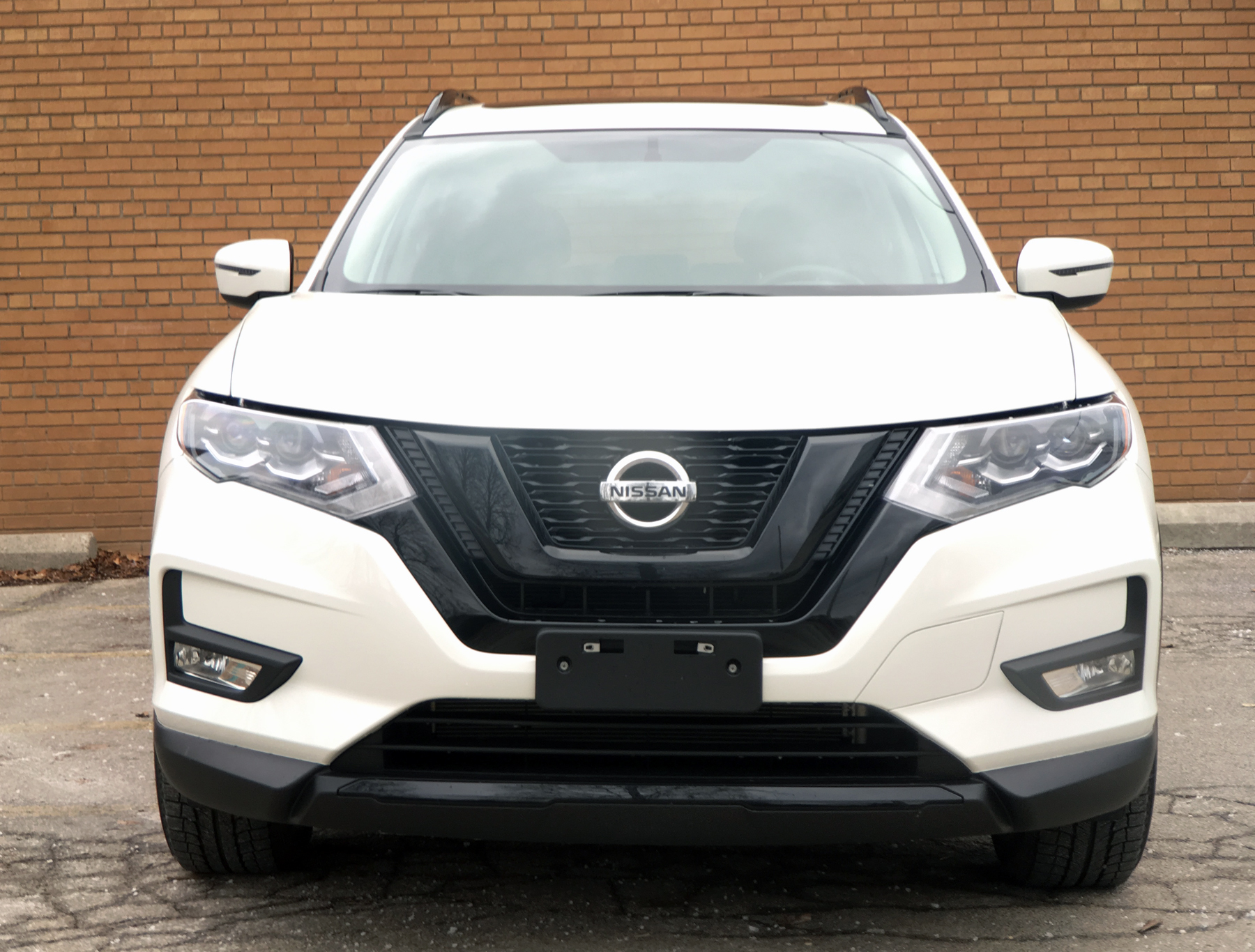 Underneath all the Star wars insignia and extra features is the popular SV AWD with the added Moonroof Package. It comes with the standard 2.5-litre inline four-cylinder engine mated to an Xtronic continuously variable transmission that pushes out 170 hp and 175 lb/ft of torque.

Externally the Star Wars Limited Edition differentiates itself with the addition of limited edition plates on the lower front doors with Rebel Alliance and Galactic Empire decals located on the c-pillars. 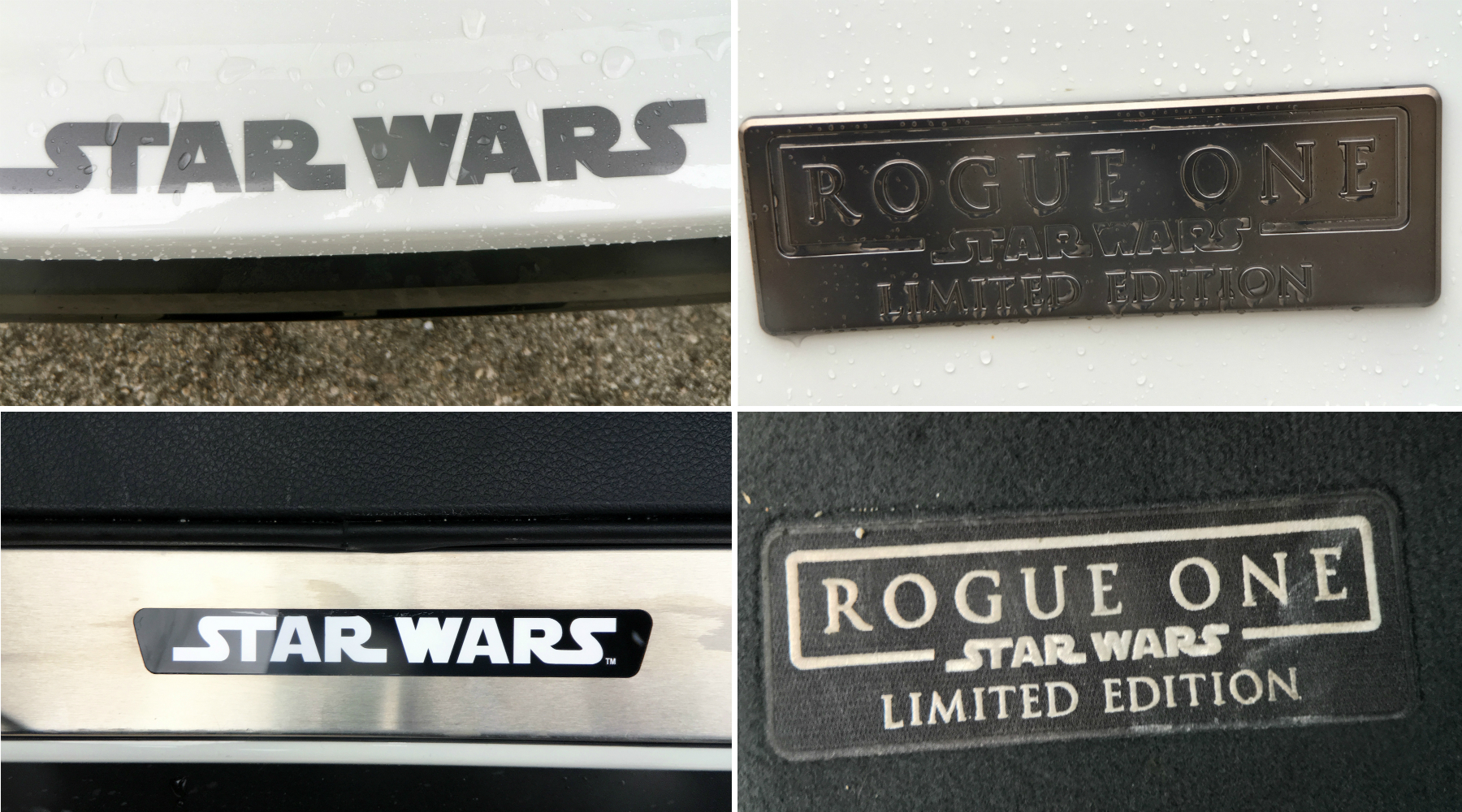 Additionally there is a Star Wars logo placed on the rear bumper protector. Over and above the logo’s Nissan have added matt black 17-inch aluminium–alloy wheels, a black front grille with lower finisher, black door handles and roof rails.  This limited edition also comes with standard LED headlights. 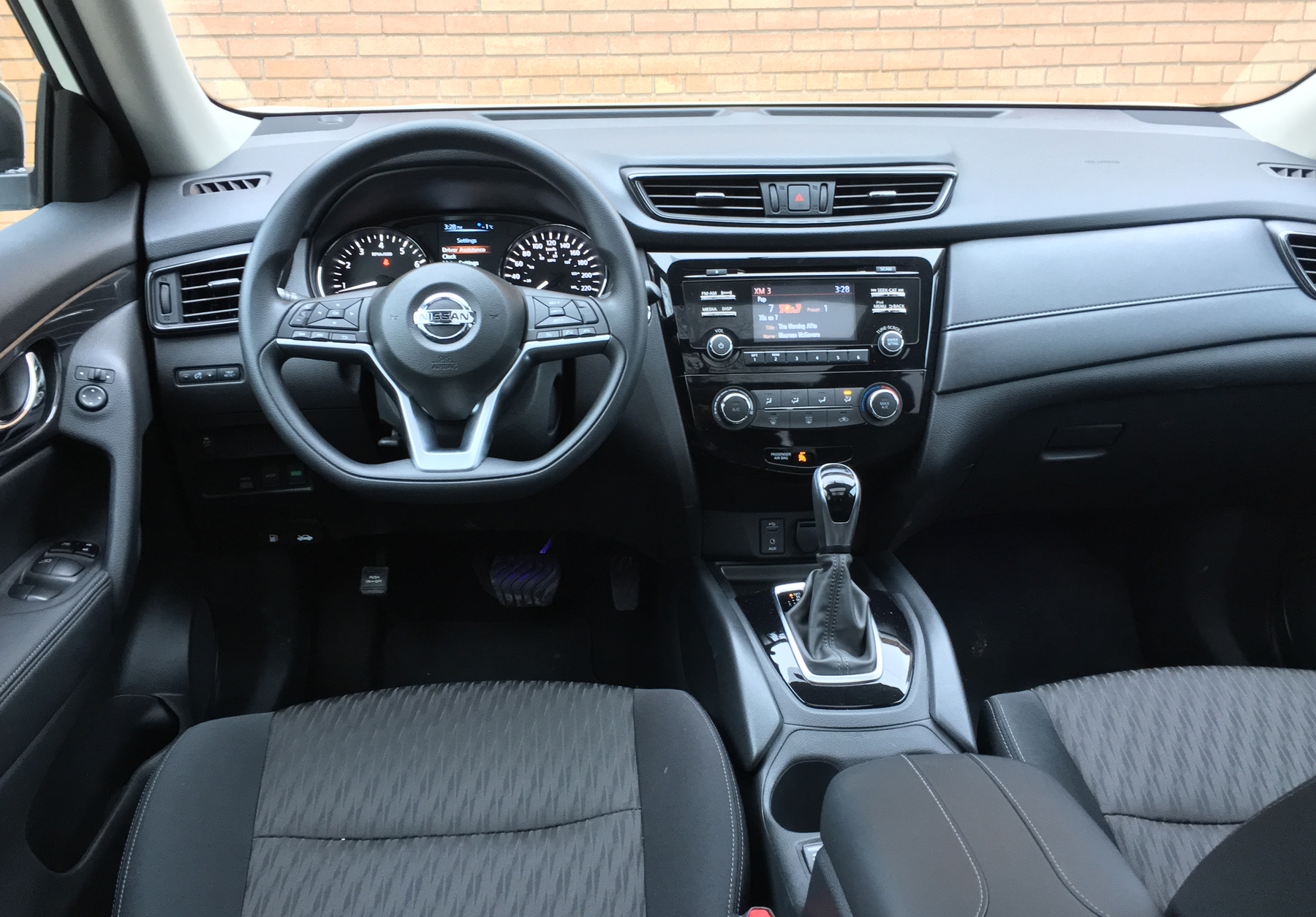 The moonroof is not usually offered on the standard SV trim when ordering in glacier white, but is standard with the Star Wars Limited Edition.

The black grille with the black alloy wheels and especially with the privacy glass, enhances the styling giving it a more aggressive stance than the standard trim and makes it stand out even before you notice the limited edition insignia.

The cabin is identical to the SV model, when sitting in the drivers seat there is nothing to identify this special edition as being any different than the standard model.

I was expecting rather more from the driver’s point of view, maybe a logo on the dash or even Darth Vader voice commands but I was to be disappointed. 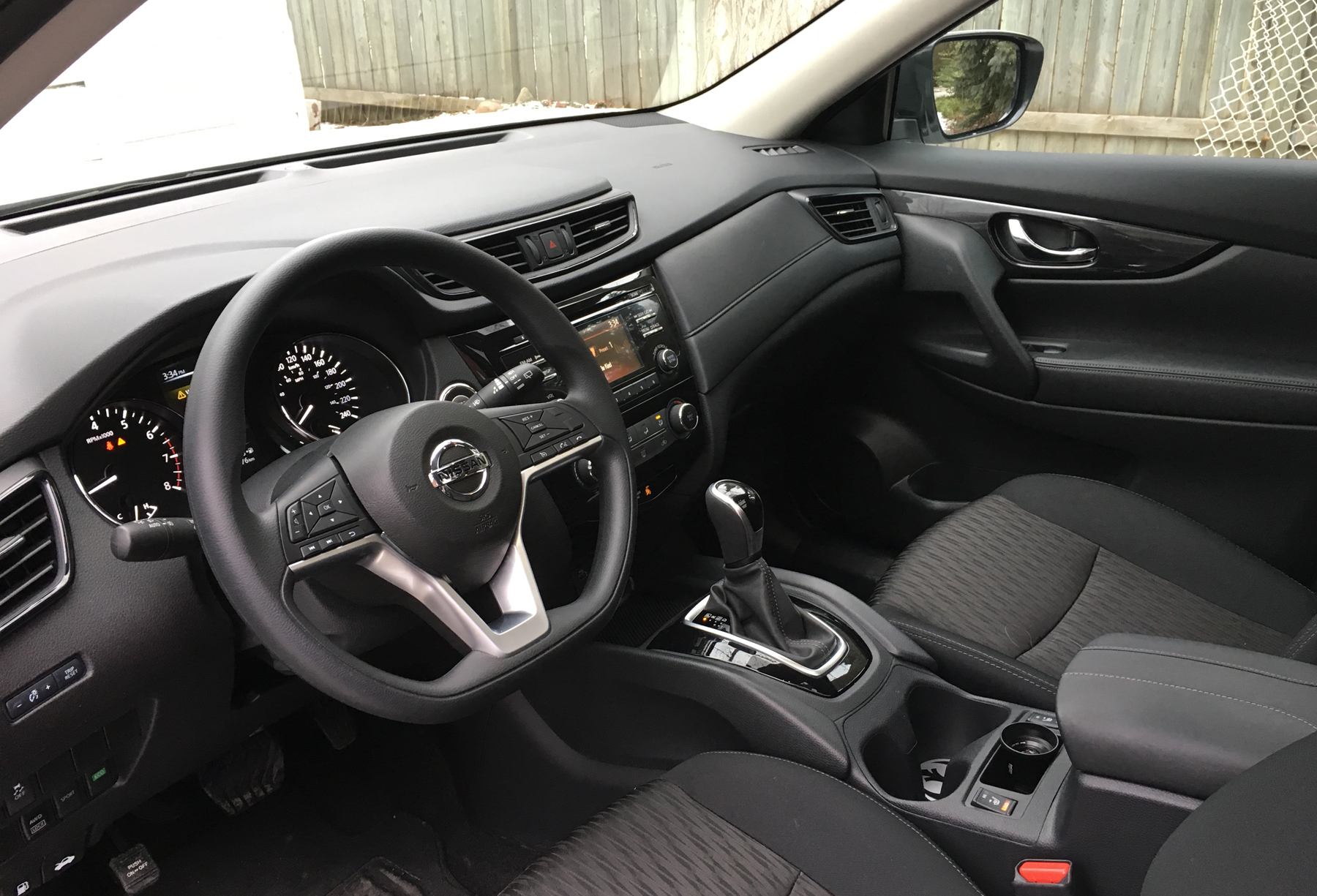 There wasn’t even a specific holder to contain a light saber properly. That being said the dash is simple and uncluttered with all instrumentation being easily read and controlled. It comes with the new standard D-shaped steering wheel that adds a sense of sportiness.

The six-way power adjusted front bucket driver seat is comfortable and supporting with the rear seats having plenty of legroom with adequate space for two full grown adults and a child. 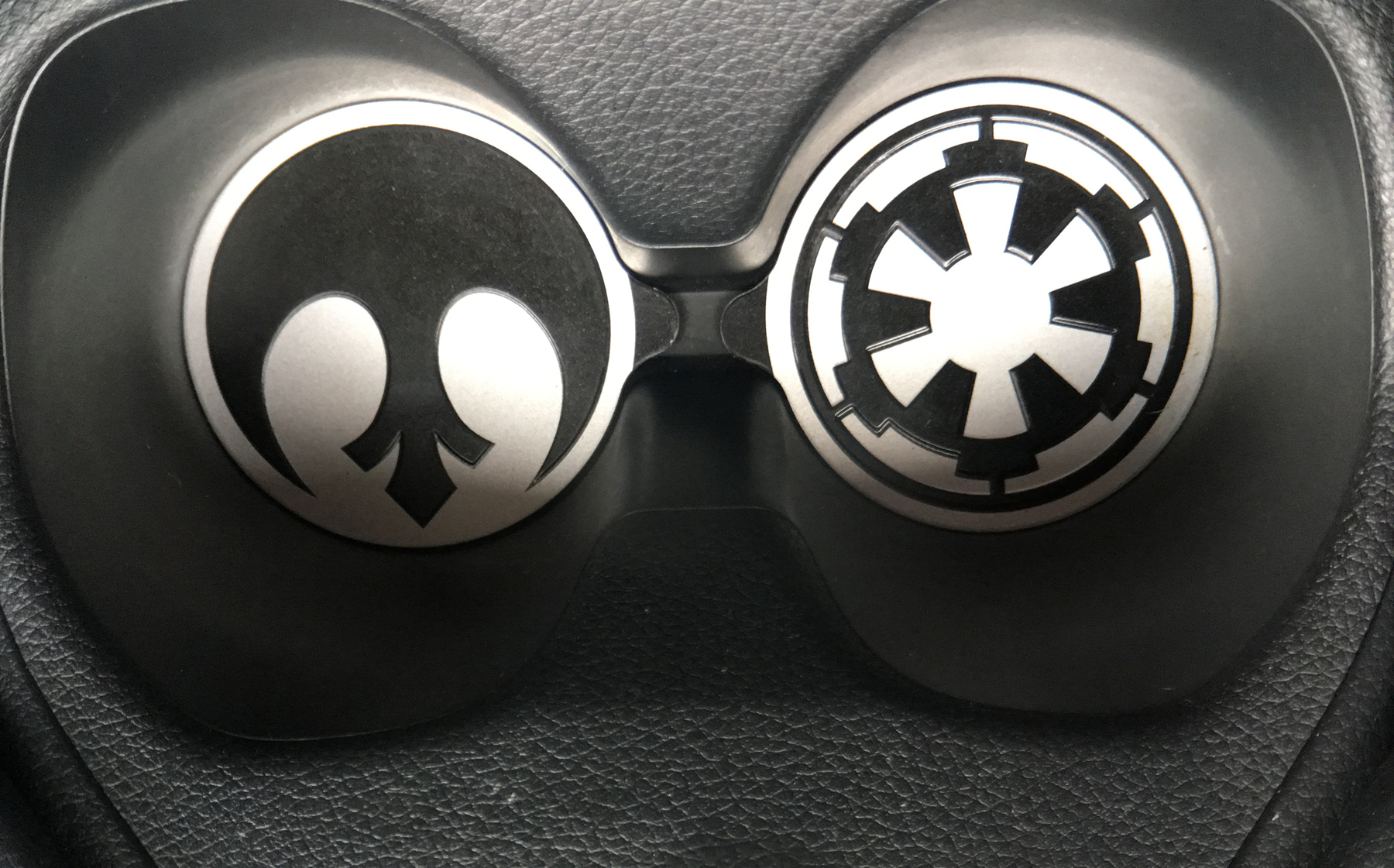 Storage is enhanced with Nissan’s Divide-N-Hide® Cargo System that has 18 adjustable variations between the cargo and occupant areas. This gives a total cargo space of 1,982 litres with the rear seats down.

The driving experience is much the same as the regular Rogue. Acceleration is nifty for a vehicle of this size taking 10.4 seconds to reach 100 km/h.

I’m not usually a fan of CVT transmissions but Nissan have done a great job with the Xtronic continuously variable transmission, they have incorporated predetermined shift points that give the feeling of gear changes when accelerating, rather than the usual continuous whine. 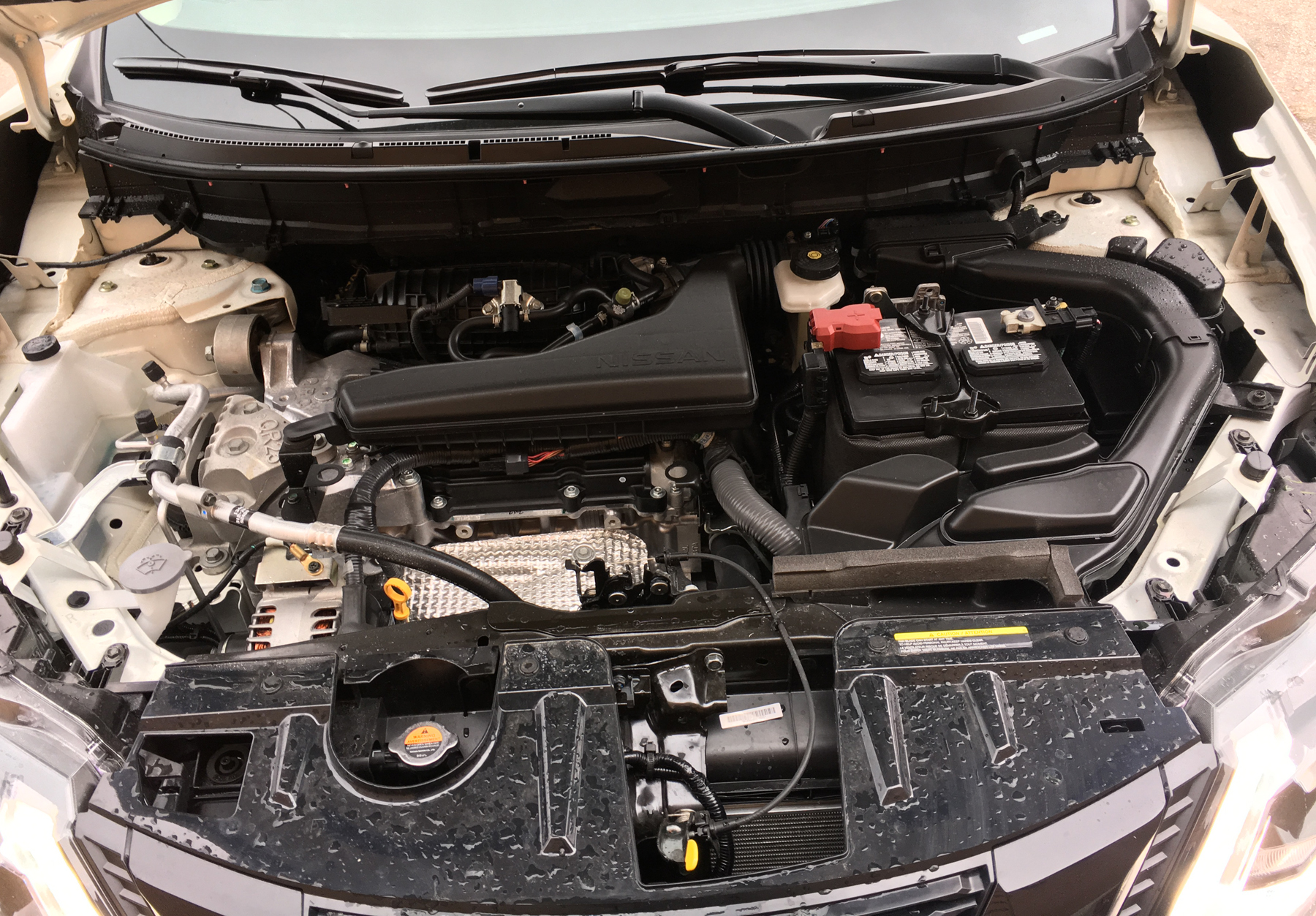 This limited edition comes with the smart all-wheel-drive system – when pulling away it splits the power evenly between front and back to suppress wheel spin, but when up to speed it pushes the power to the front wheels to conserve fuel.

The hardest thing to swallow with the Star Wars Edition is the additional cost. The Limited Edition package adds an additional $2,850 to the SV AWD and moonroof, bringing the grand total to $33,998.

It may sound like a lot for some minor upgrades, but Nissan have added a full-size Death Trooper helmet to the mix, this collectable is only being made available to owners of the Star Wars Limited Edition Rogue. 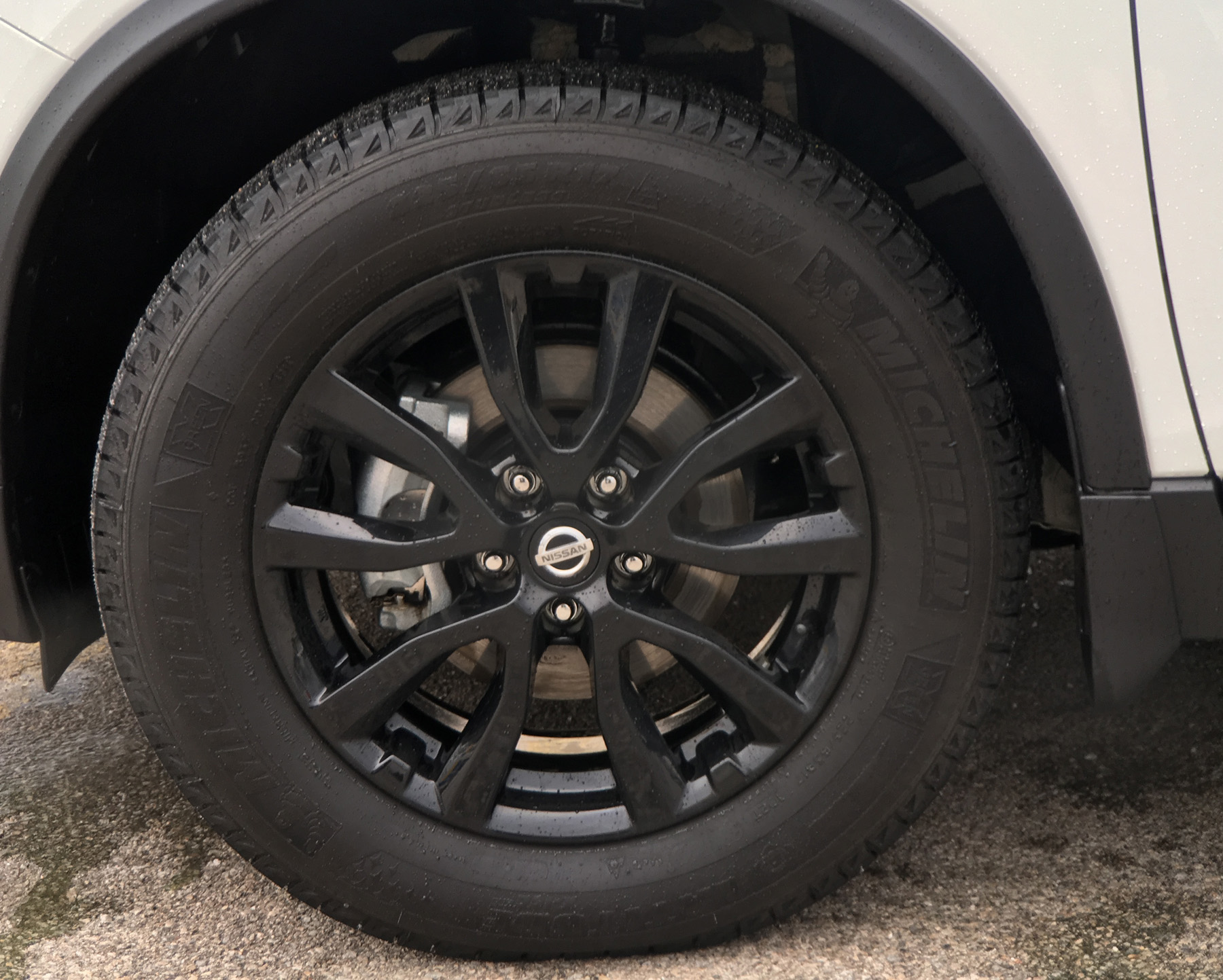 I think Nissan are projecting that, with only 400 limited editions being made available in Canada, it will make the helmet more valuable in the Star Wars collector market than the initial cost of the upgrade.

We will have to wait and see.

No matter how you dress up the Rogue you are still getting Nissan’s top-selling vehicle. This limited edition is adding an extra dimension for die-hard Star Wars fans.

They can probably see the future benefits of buying a vehicle with such a limited run that also includes a sought after piece of Star Wars memorabilia. 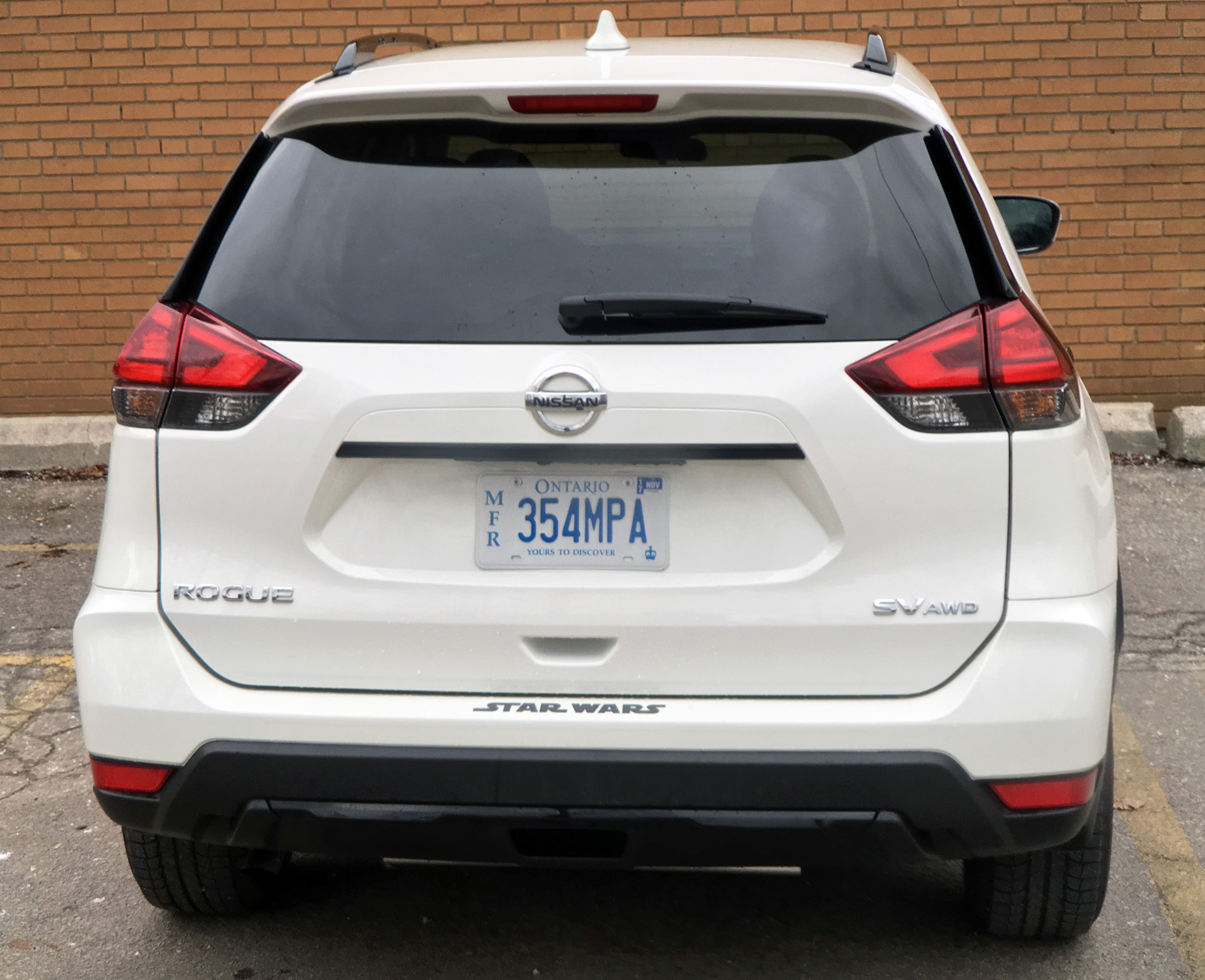