The Discovery Sport is Land Rover’s current entry vehicle, replacing the LR2. With an available third row, it can carry seven passengers, and still offers the brand’s legendary off-road DNA.

What’s Worst: Could use a bit more power in this segment.

One can be excused for assuming Land Rover is the domain of the well heeled.

Sure, CEOs, celebs and Royals will drive them, but that’s generally the six-figure flagship, or possibly the ‘Sport,’ which starts here around $76K and climbs quickly.

Like most luxury marques, however, Land Rover’s pricing ladder includes a less snooty bottom rung that’s within reach of the rest of us.

Land Rover’s previous entry point was the boxy LR2. It started just a tick under $40K, but ceased production in 2014 after a 17-year run. It was capable enough, but getting long in the tooth.

Its replacement – the Discovery Sport – is longer, leaner and less upright, hitting the wallet similarly with a starting price of $41,790. It is also more fetching, looking more at home alongside its posh siblings.

The Discovery’s high and rising beltline and rear sloping roofline create a sleeker silhouette than the square sided, flat-roofed LR2. The latter’s tall windows may offer better rear and side visibility, but it’s a dated look. 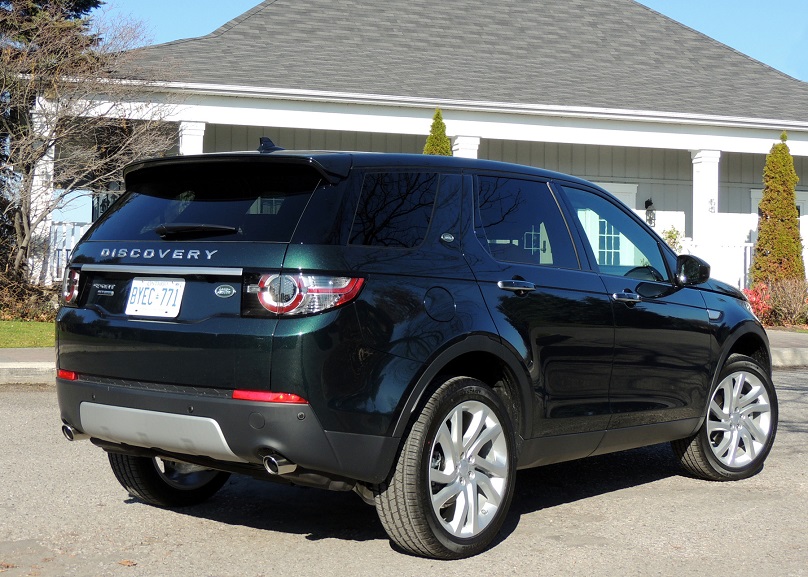 The Discovery Sport is nearly four inches longer than the LR2, yet is smaller than compact rivals like Mercedes GLC, Acura RDX and BMW X3. And they’ve still carved out enough room for an available third row.

So let’s start at the back.

Padding here is scant, and both head and legroom are tight, but with the middle row positioned somewhat forward, my five-foot-nine frame fit without too many gymnastics.

And it didn’t feel like a ‘penalty box’ having side windows instead of massive C-pillars, and amenities that include third-row fan controls, map light, USB and 12-volt outlet.

There’s just a sliver of cargo space behind the 50/50 third row, so to carry more than a few groceries, two pullstraps will drop these seats flat for a 981-litre cargo hold. Longer items like skis or lumber can pass through the second row’s centre position. Or fold both rows for a maximum 1,698 litres. 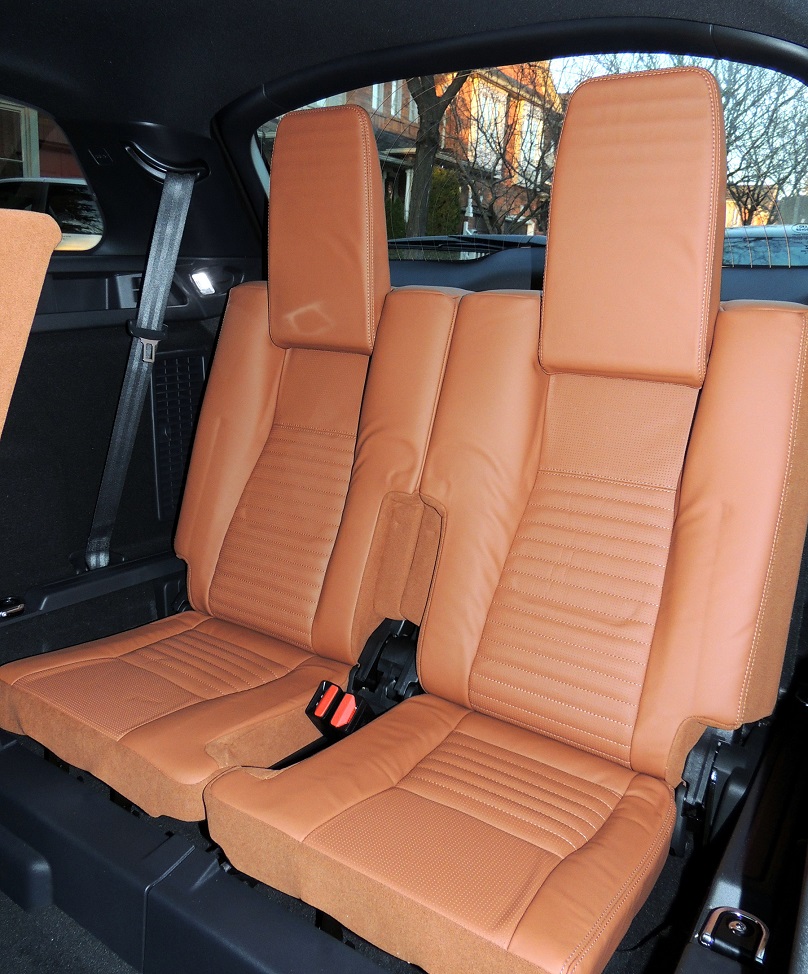 Indeed, the Discovery Sport is roomier than you’d think, but that’s not reason enough to buy one.

Chic interiors are part and parcel of Land Rover, and although this model is their lowest priced, they didn’t skimp on craftsmanship.

My tester was the top-trim HSE Luxury ($50,290 plus $6,250 in options) which included tan Windsor leather seats that were as attractive as they were comfortable.

Perforated and ribbed inserts with double-stitched side bolsters create a premium look, not to mention long-distance comfort thanks to 10-way power adjust, along with heating and cooling.

Door inserts were a matching material, which along with brushed aluminum trim looked very upmarket.

But you needn’t spend this large for brand cachet. 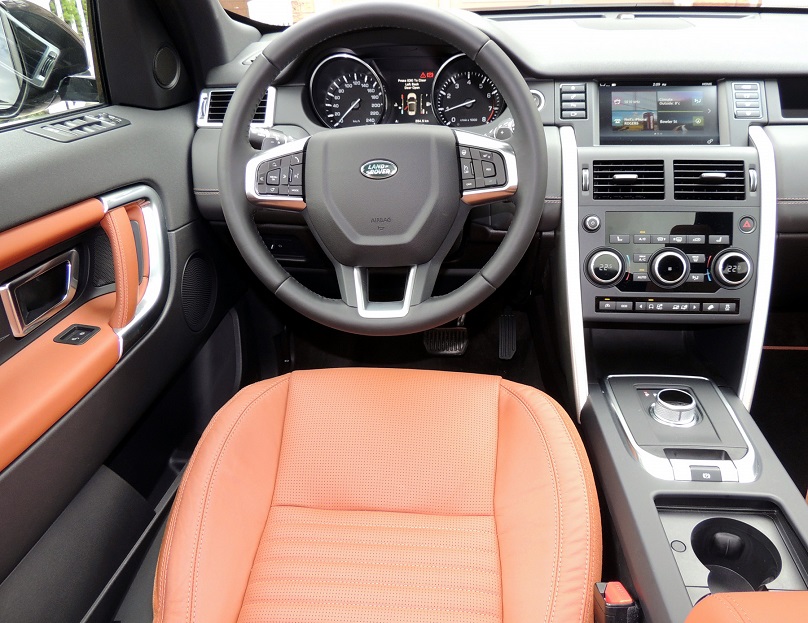 A key feature on all Discovery models is the Terrain Response system. Four settings for grass/gravel/snow, mud and ruts, and sand, not to mention a “general” program, are found on the centre stack. These remove some of the guesswork from off-roading by tailoring throttle response, steering, transmission, braking and stability control to the driving surface.

Other than snow mode, only “general” will likely see regular use with most buyers seldom, if ever, leaving the asphalt.

But they can, as a ground clearance of 8.3 inches, approach angle of 25 degrees and departure angle of 31 degrees allow for more than just cottage roads. The Discovery Sport can even wade through nearly two feet of water.

Power comes from the same 2.0-litre turbo four-cylinder found in the LR2 and Evoque, which produces 240 hp and 250 lb/ft of torque. It is coupled to a smooth and quiet nine-speed automatic, along with standard all-wheel-drive.

Launching the two-ton Discovery takes more effort than the lighter Evoque, but it still manages zero to 100 km/h in 8.2 seconds – just over half a second slower than its sibling.

Body roll isn’t bad for a tall vehicle, although it is more noticeable than in the sportier Evoque. But then again, you’re not buying a Discovery Sport to carve corners.

You might consider one, however, for its family practicality, seven-passenger seating and the possibility of adventure thanks to Land Rover’s legendary off-road DNA.

All that with a price point that should keep dealerships busy.