The second generation, 2017 Kia Cadenza is a full-size car for the entry-level luxury buyer is still Kia’s best-kept secret

I also said where it fits in the Kia hierarchy remains a bit of a mystery, at least to me.

It’s smaller than the full-size K900 flagship sedan, but larger than the mid-size Optima. Kia itself described it as  in-between the two back then. 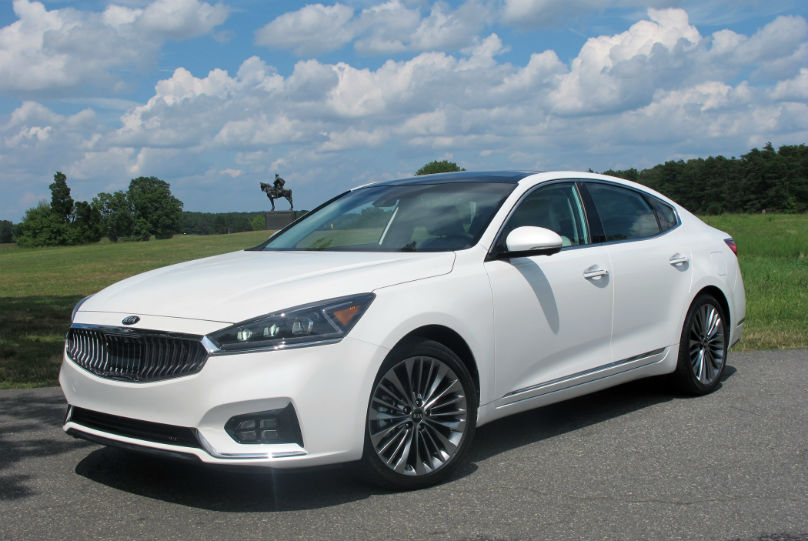 In the fall, the second generation Cadenza will arrive in Canadian showrooms re-thought and re-engineered for 2017.

RELATED: 2017 Buick LaCrosse shows off the new face of Buick

In Canada, it will feature a new grille treatment with standard LED lighting with a “Z” imbedded in the front and rear lights making the Cadenza immediately recognizable coming or going. 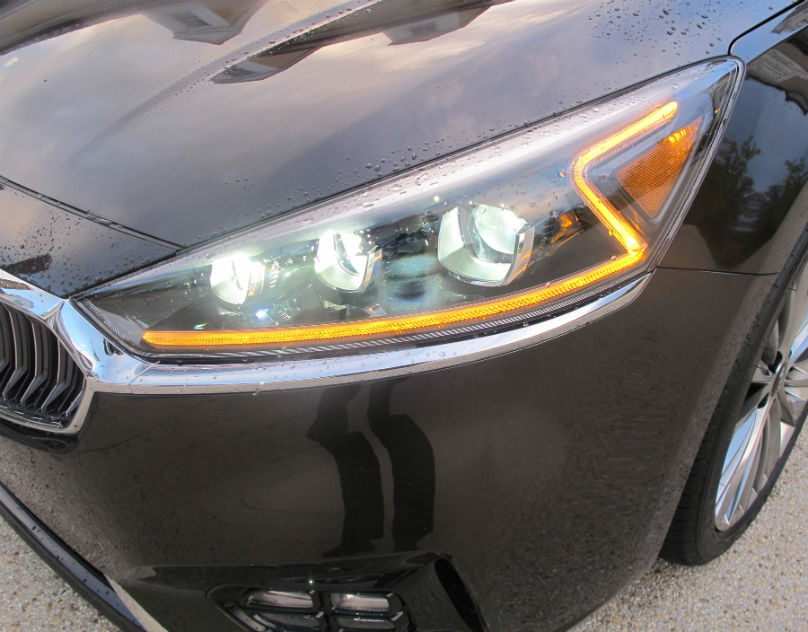 At the front corners, Kia expands its design cue with quad LED fog lights that include a duct to feed cooling air to the front brakes.

The grille has a new concave, vertical bar shape with an integrated plastic cap that hides the sensors for the driver aids such as adaptive cruise control.

It is powered by Kia’s trusty all-aluminum 3.3-litre direct injection V6, as was the case with the first generation but now producing 290 hp and 253 lb/ft of torque. 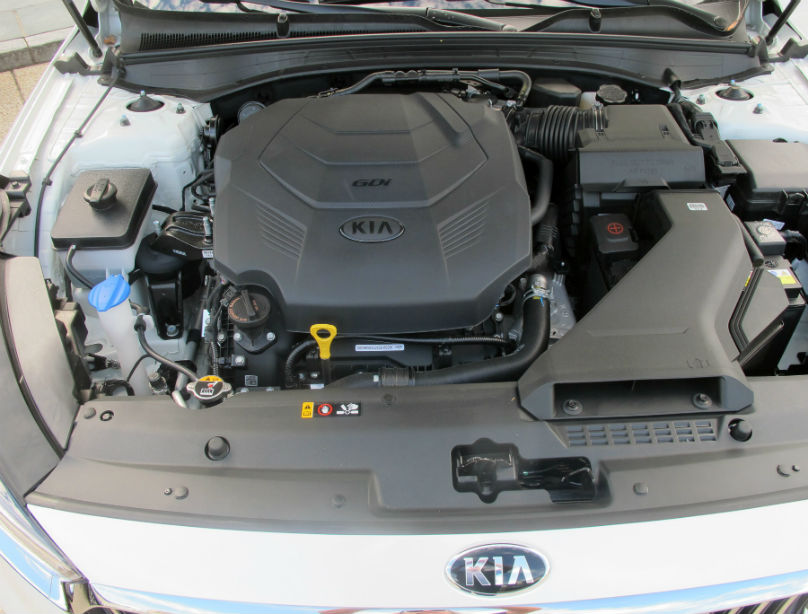 New for 2017 is an eight-speed automatic transmission replacing the former six-speed.

In addition to Eco, Comfort and Sport transmission/engine response modes as before, Kia now offers a Smart mode that “learns” the habits of the drive and tailors drive ride and handling to match.

The new Cadenza comes on an all-new platform that is also lighter and more rigid.

While the overall length remains the same, the wheelbase has been stretched to offer those in the back seat a half-inch increase in legroom, while the roofline was moved rearward by more than two inches to increase rear headroom. 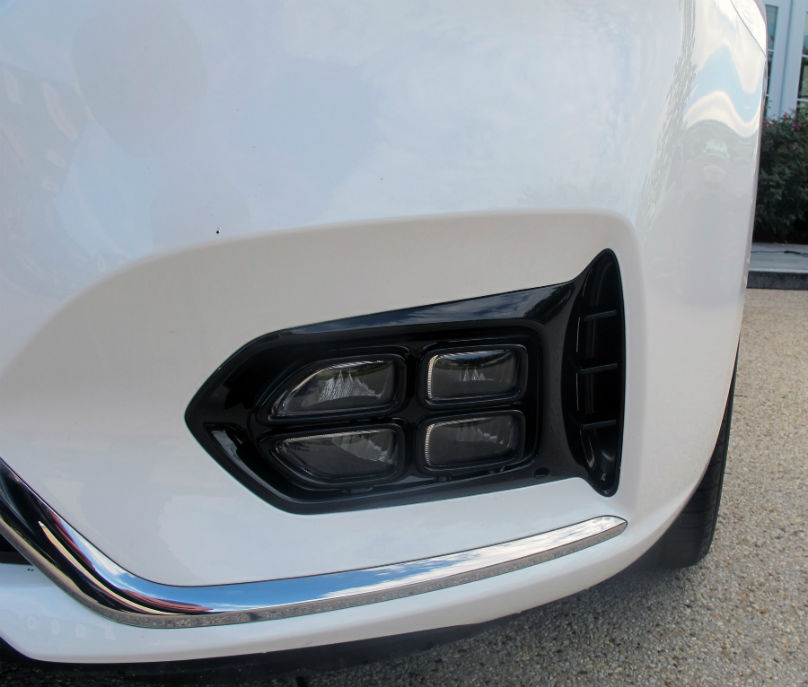 The entire interior was remodeled with the driver’s seat lowered to impart a sportier and stable feel, while a number of parts were 3D printed because they give a “sense of how parts feel and respond to the human touch”.

A nice feature is padding on the outsides of the centre stack where it joins the centre console. Usually this falls right where the knee touches it and can really bug you over long hauls.

In Canada, interiors will be black leather on the base models and a quilted Nappa surface on the toptrims.

The heating elements used for the seat warmers have been re-engineered to more evenly distribute warmth, and as a Kia first, seat heaters now utilize a smart control system to automatically lower the heater operating mode after a certain period of time. 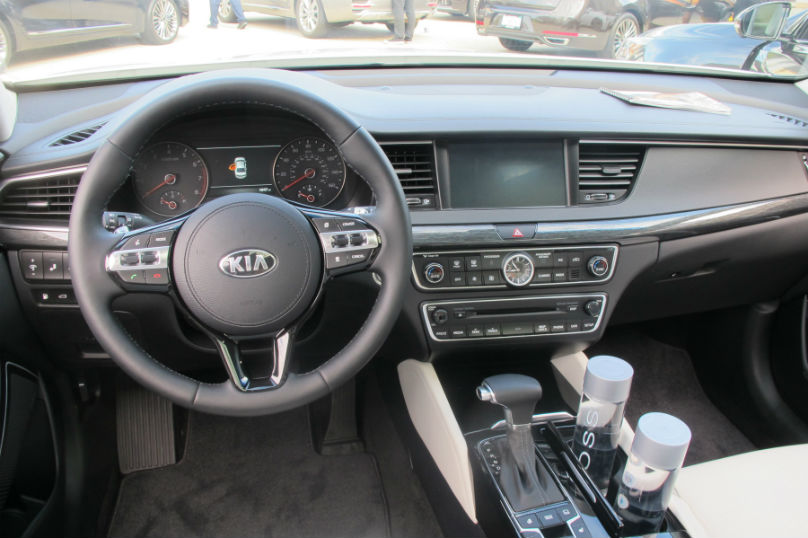 As you would expect, Cadenza has the latest connectivity/navigation featuring the next generation of Kia’s UVO system featuring Android Auto and Apple CarPlay, while a 12-speaker 630-watt Harman/Kardon audio system featuring Clari-Fi music restoration technology is an option.

But a standout feature is the 360-degree surround view camera. Instead of the four segments as usual, the Kia does away with the dividers for an unobstructed view.

As noted above, the platform is new and uses more high strength steel that is 50 per cent greater that the outgoing model.

Utilizing items such as optimizing grille airflow, under floor covers and wheel air curtains, drag on the new Cadenza was reduced to 0.28 from 0.29.

Any way you look at it, the new Cadenza is full-size and rides like it — with a gross vehicle weight of 2,170 kg.

For the North American launch of the new Cadenza, Kia chose the rolling hills around Middleburg, VA, where the rich are super rich and their horse farm estates are not measured in acres but square miles. 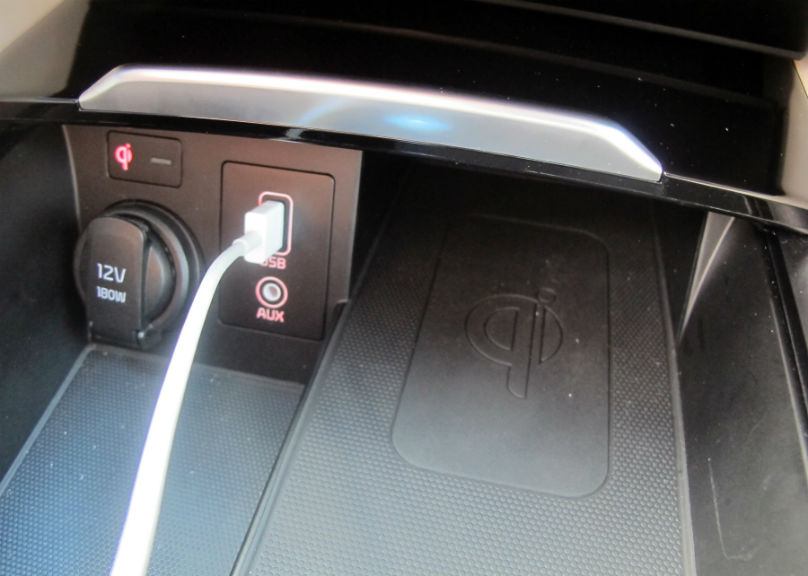 It was the perfect place to test the Cadenza. With its long wheelbase and supple suspension, my co-driver and I let it stretch its legs through winding two-lane roads with luxuriant trees encroaching the shoulders.

At one point we stopped at the Manassas National Battlefield Park where the First and Second Battles of Bull Run were fought.

With the statue of Confederate General Thomas Jackson on his horse just about 50 metres away “standing like a stone wall” which earned him the nickname, the feeling we were on hallowed ground was palpable. 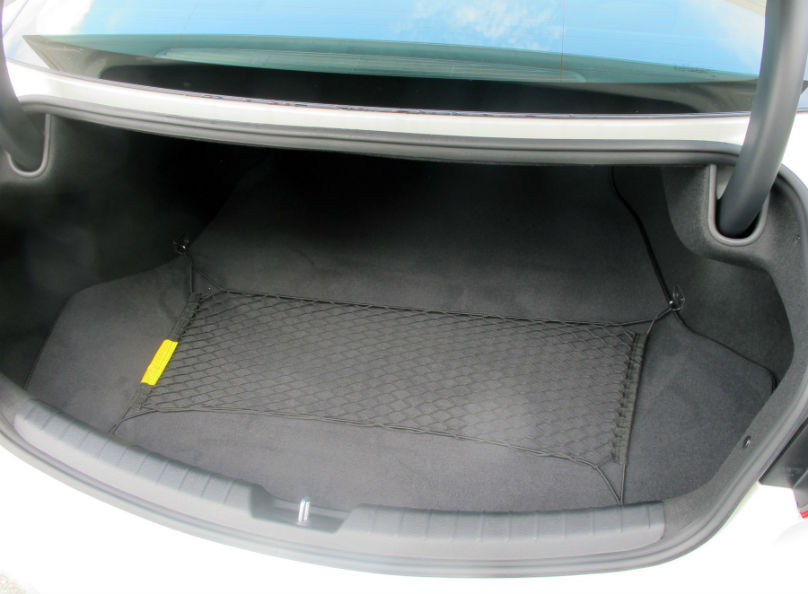 At the end of the drive I thought what better way to spend the day than in a car like the Cadenza that really is worthy of more attention from the near-luxury intender.

Kia is already number one in the most recent J.D. Power initial quality study, beating out lofty brands like Porsche, and the Cadenza is one of the reasons why. 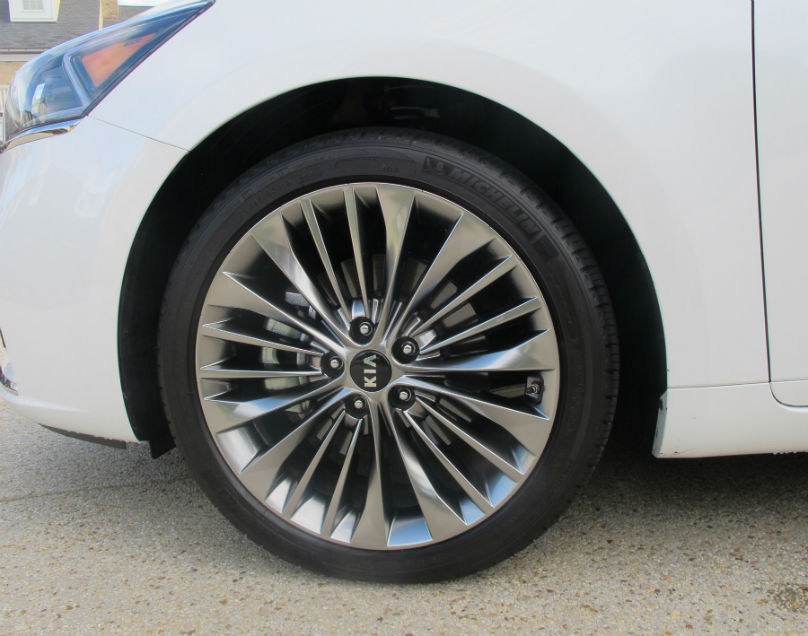