Keeping the sport in Kia’s Sportage

The Kia Sportage, all new for 2017, shown here in top-of-the-line SX trim, dipped in Modern Bronze, the premier colour of the seven-shade paint palette. The Sportage is bigger and better this year, loaded with more content that ever.

With even Kia’s internal ordering sheets noting that the compact CUV niche is the most competitive segment in Canada, it’s not surprising that when they pulled the wraps off the fourth-generation 2017 Sportage at the LA Auto Show last year, the presenters stressed “absolutely nothing was spared”.

Kia’s trademark “tiger-nose” grille has been lifted higher, as have the new light assemblies, pulled up to sweep back along the outer edges of the hood. Larger fog lamp cutouts inevitably bring the Porsche Macan to mind, while bolder wheel arches and sharper lines accent the new aggressive stance on a choice of 17-19-inch wheels.

The new Sportage isn’t any wider but a new, lower, wider opening in the front fascia improves cooling while emphasizing that this is already the widest contender in its segment.

Yes, the new Sportage is a tad bigger, with an incremental wheelbase stretch of 30 mm (1.2 in) that contributes to a 41 mm (1.6 in) increase in overall length. But it maintains its identity with its recognizable wheels-to-the-corners, tapered profile.

This redesigned body package – edgier than it’s Tucson cousin, sexy to some, just plain kitschy to others – wraps around a stronger, quieter foundation that triples the amount of high-strength steel and other reinforcements for a 37 per cent increase in torsional rigidity.

Inside, that small increase in exterior dimensions blends with careful interior repackaging to add a little more headroom and legroom in both front and back. Thinner pillars, more glass and an available panoramic sunroof with a 104 mm (4.1 in) wider opening, add to a more spacious interior ambiance.

Behind the second row, the hatchback opens to a wider, larger luggage space, increased by almost 18 per cent from 739 litres to 869 litres. A simple and expedient relocation of the licence plate, up from the bumper to the tailgate, lowers lift-over height by about 50 mm (2 in), for fewer hernias and easier access. 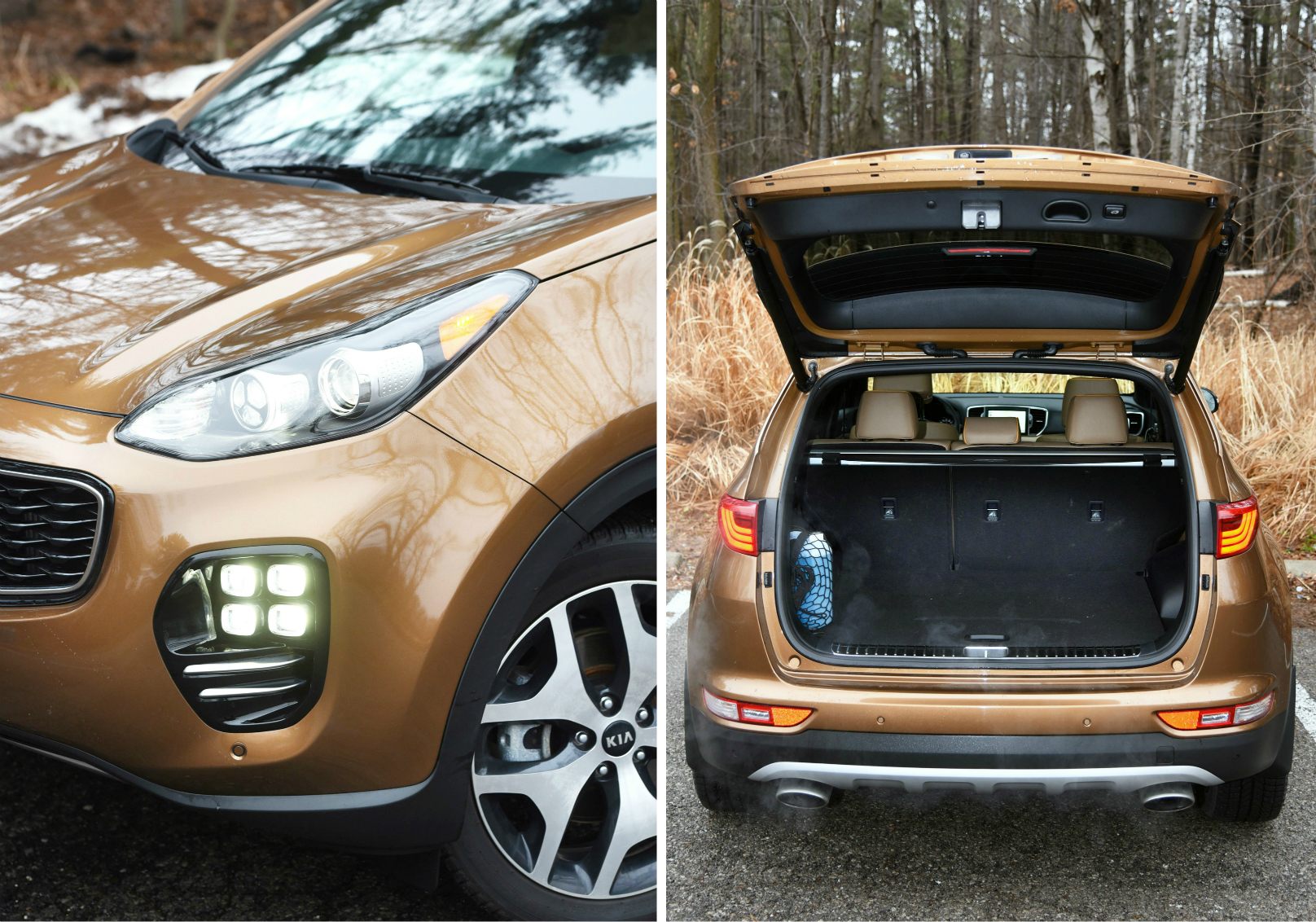 And that cargo room, already versatile with two-level storage, maximizes to 1,703 litres with the second row down (folding flatter than in its predecessor).

Worthy of note, an available Smart Power Liftgate automatically opens the rear if you simply stand behind the vehicle for a few seconds with the key fob in your purse or pocket.

The 2017 Sportage lineup comes in a variety of trim levels with MSRPs ranging from around $25K-$40K. Most of the trim levels come with the standard normally aspirated 2.4-litre GDI four-cylinder engine making 181 hp and 175 lb/ft of torque mated to a six-speed Sportmatic automatic transmission. 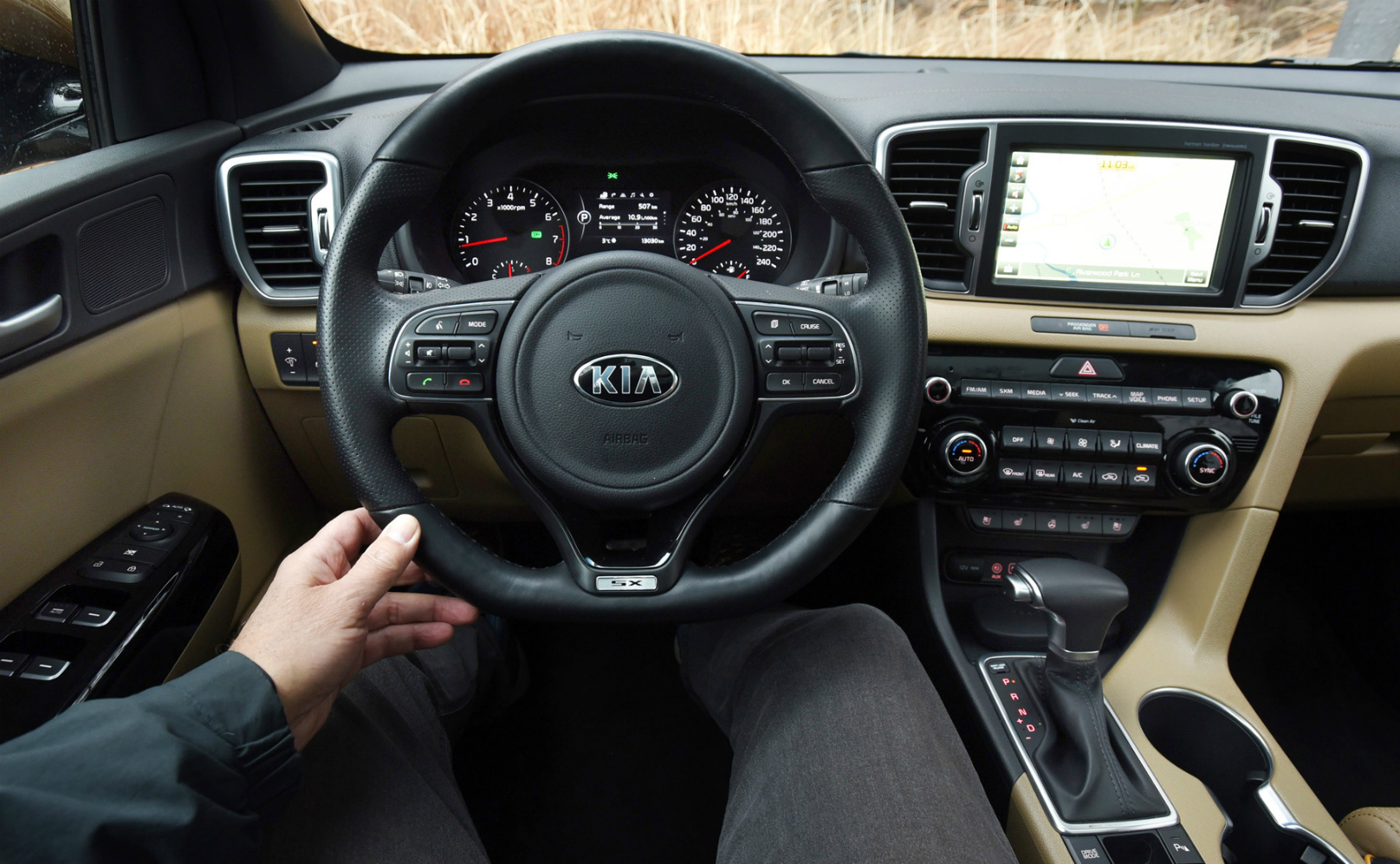 This workman-like engine was reconfigured for 2017 for better fuel economy. It is mated to a front-wheel drive system in the base LX model or to Magna’s new DynaMax Intelligent all-wheel drive in the rest of the lineup.

For those with the desire for added oomph, Kia saves a little something extra for their top-of-the-line SX model – a 2.0-litre T-GDI twin-scroll turbocharged four-banger that makes a markedly more impressive 237 hp and 260 lb/ft of torque.

Although technically less powerful than the previous 260 hp version this engine was reworked for more bottom and mid-range torque along with better fuel efficiency.

The 2.0-litre turbo mill does not disappoint, with the torque surge coming in at a low 1,450 rpm, the strong, linear acceleration highlighting the sporty handling of this tightened, more capable compact. Fuel economy is rated at 11.9/10.2L/100km (city/hwy) with my results coming close or beyond the city rating.

Hmmm, maybe having a bit too much fun with this turbo go-getter.

The Sportage SX trim model is also the perfect platform to display new levels of technologies and amenities that are standard content or available for 2017. 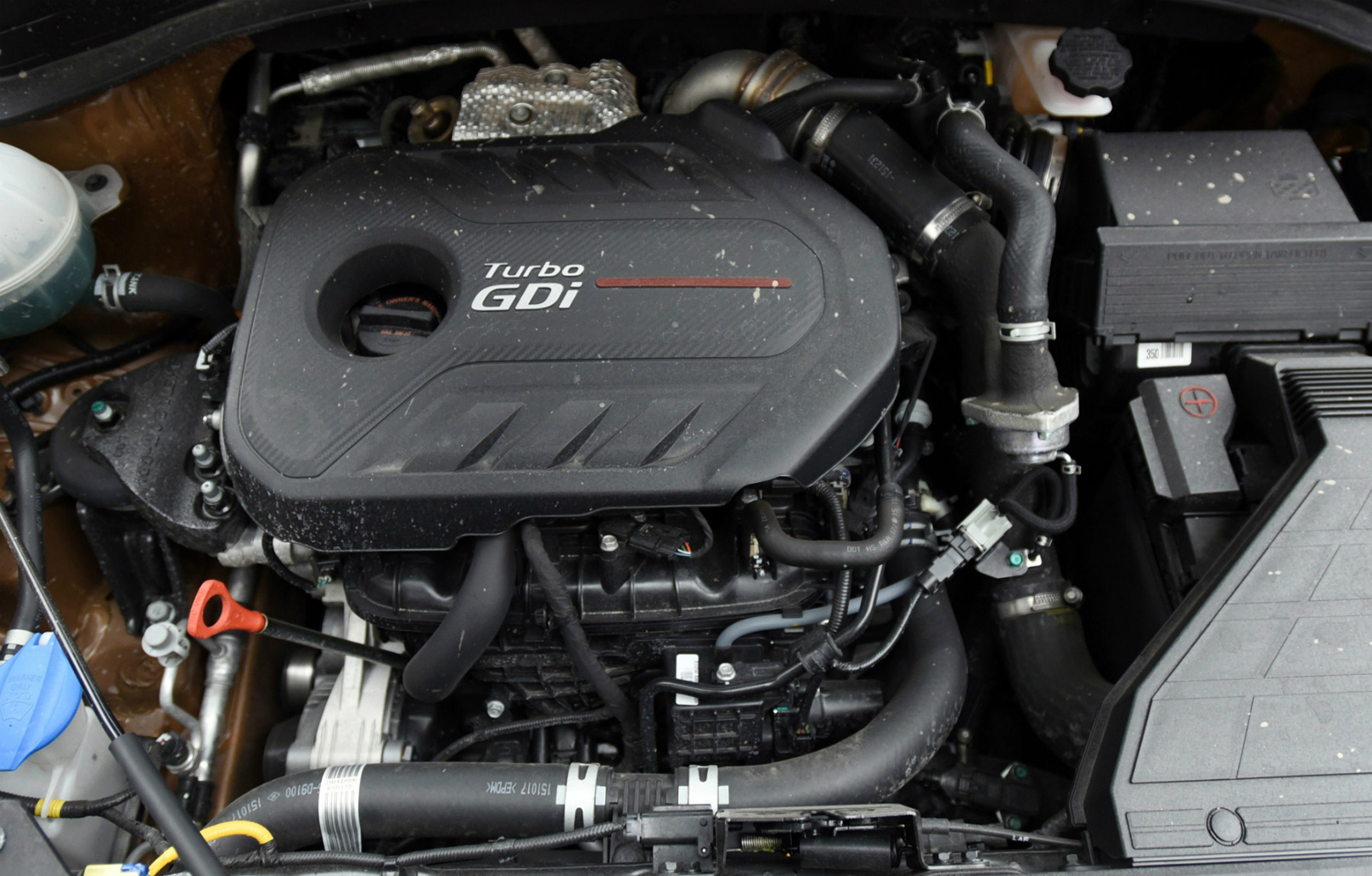 The Sportage SX also included heated and ventilated leather seating, an upgraded 320-watt Harman Kardon audio system with eight speakers and a subwoofer, as well as the latest version of UVO3, Kia’s infotainment system with an eight-inch screen and navigation, adding Android Auto5 and Apple6 CarPlay and a whole bunch of other stuff for the first time.

The content list goes on and on, perhaps explaining the somewhat eyebrow-raising $39,395 MSRP of this ultimate Sportage.

But regardless of what trim level customers opt for, Kia’s 2017 Sportage lineup should have a content mix ready-made for customers looking for the latest in an alternatively edgy compact CUV choice. 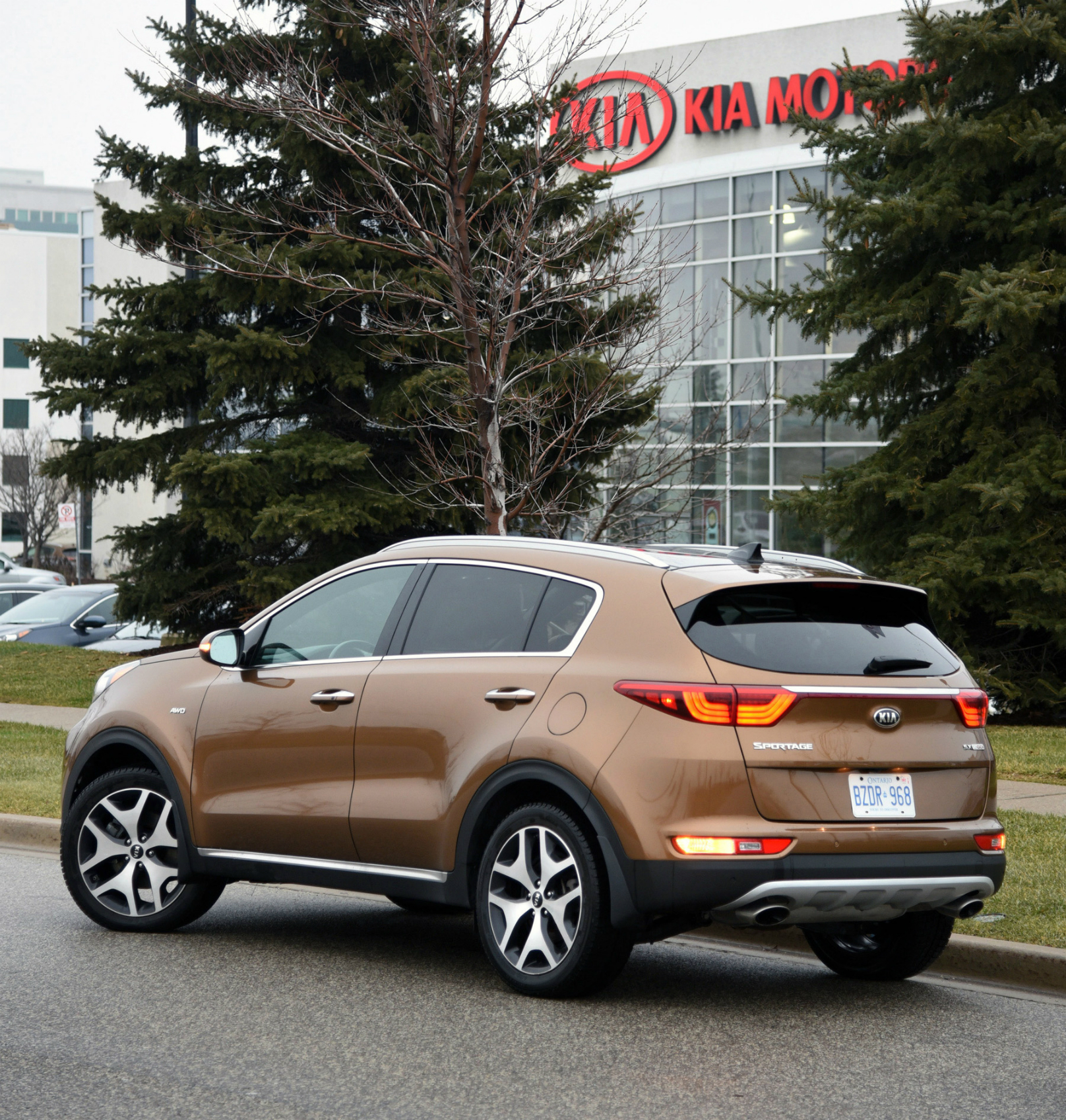