In an online discussion cross-shopping Toyota’s FJ Cruiser and the venerable Jeep Wrangler, the retro-styled FJ had its manliness called into question.

“An FJ is something Barbie would drive her friends around in.”

This, despite the fact the FJ is based on a body-on-frame truck that, in UN livery, reliably patrols shattered war zones around the world.

By contrast, the Wrangler can be a mechanical nightmare on the way to the mall. Ongoing TIPM (Totally Integrated Power Module) failures have frustrated even loyal Jeep devotees.

I’d take my chances with Barbie and her pals. 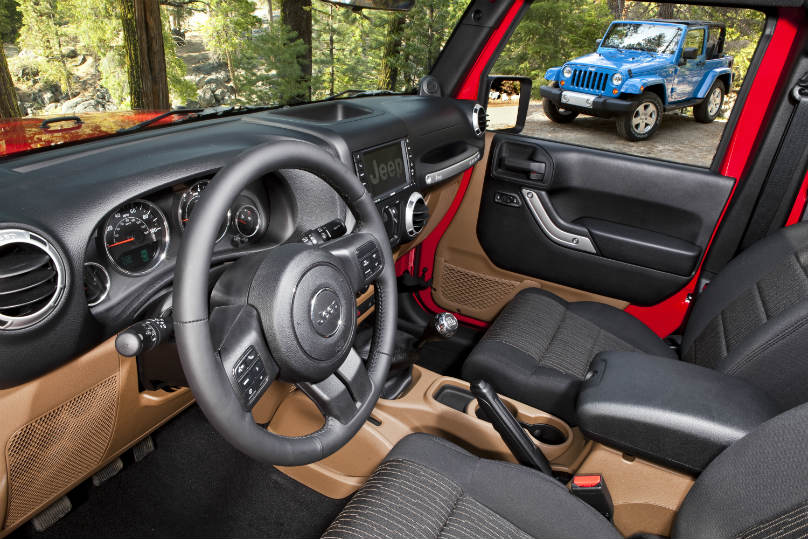 We’ve examined the Wrangler in the past; let’s pick up the story with the 2012 models, which adopted Chrysler’s new 3.6-L V6. The aluminum DOHC Pentastar engine provided a healthy dollop of torque (260 pound-feet) along with 285 horsepower — an 83-horsepower boost over the outgoing 3.8-L pushrod V6.

Underpinned by a stiffer, fully boxed frame introduced back in 2007, the Wrangler was available in the classic two-door layout (seating four), as well as the four-door Unlimited that seats five. While the agricultural live-axle suspension remained, the front anti-roll bar could be disconnected by remote control to improve axle articulation off-road.

The cabin had been thoroughly updated in 2011, gaining enhanced materials, more sound insulation, larger rear windows and newly available features such as heated seats, Bluetooth and steering-wheel controls. As always, the doors could be removed from their hinges and the windshield folded down.

Longtime fans verified the upgraded interior delivered on the promise of comfort and modern conveniences, but that didn’t stop Chrysler from improving the driving environment again in 2013 by specifying more forgiving, easier-to-use seats and a premium Alpine sound system. Four-door models got a new soft top that’s easier to raise and lower.

“It makes for a very quiet ride — as much as a Jeep can be,” wrote the owner of a ’13 model. “It will never be confused with a sedan, but it doesn’t beat you up like the old Jeeps.”

For 2015, the number of stereo speakers grew to eight, and a handy Torx tool kit for removing the doors and hardtop became standard issue. 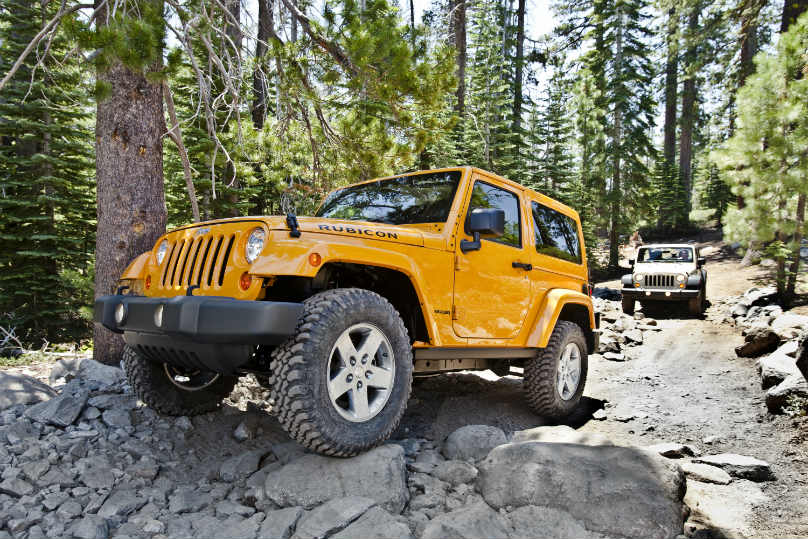 DRIVING AND OWNING THE WRANGLER

You can take a Jeep out of the country, but you can’t take the country out of it. While incredibly adept off-road, the Wrangler is hamstrung in the city by its slow and vague steering, unrefined ride, copious body roll and low grip in the turns.

There’s no shortage of other mechanical weaknesses anyone contemplating a used Wrangler should take into consideration.

TIPM failures can introduce a tsunami of electrical faults, including a no-start condition, dead instruments, no cooling fan (resulting in engine overheating) and stalling at random.

“It literally died at an intersection yesterday afternoon, and I was nearly hit by a semitruck that was travelling down the highway,” reads one online account. Chrysler charges more than $1,000 for TIPM replacement.

Early examples of the Pentastar engine came with a faulty left cylinder head that frequently required replacement. Some owners reportedly found sludge accumulated in the radiator and heater core, which resulted in poor cabin heat.

More recent engines appear to have a faulty oil filter housing that can crack and leak motor oil on hot engine components. The risk of engine fires is real and documented.

Tell us about your ownership experience with these models: Nissan Altima and Volkswagen Passat. Email: toljagic@ca.inter.net .

Racing Roundup: Was everybody in F1 told to behav