In a new series, we get up close and personal with dream cars to determine if they’re really worth the asking price.

What is a dream car? It’s not necessarily a high-end exotic or limited run collector’s car. It is, however, a car you’ve fantasized about owning for your entire life.

We’ve seen them in movies, in video games and on posters and t-shirts. They’re rare enough that just seeing one is an event onto itself. You’ve always said that if you won the lottery, you would buy one. And you would have to win the lottery because these cars aren’t goals—they’re dreams.

The difference between a goal and a dream? A dream is irrational. Buying a new luxury SUV is a goal. Buying your dream car—the one you’ll never sell if you can help it— is an irrational decision. It’s a decision made only for the fulfillment of a desire. Nothing else.

You’ve seen this irrational behavior on the likes of eBay, Bring a Trailer, and the Barrett Jackson auctions. The question is, should people be willing to let their fantasies, their nostalgia and myths perpetuated by pop culture convince them that their dream cars are worth paying an irrational sum of money?

Moreover, is the money one pays for a dream car always irrational? Or are they actually worth every penny?

Let’s start with this 1970 Ford Mustang Boss 302. It’s a real deal Boss—one of only 600 that made it to Canada in 1970, and one of only two which were allotted to Summit Ford in Toronto. It has the correct 302 H.0. engine. originally created for the SCCA’s Trans-Am road racing series, which features an impressive 10.5:1 compression ratio, staggered valve placement, and solid lifters (which I promise, are all important features). It also has a four-speed manual transmission complete with Hurst shifter. A muscle car must. 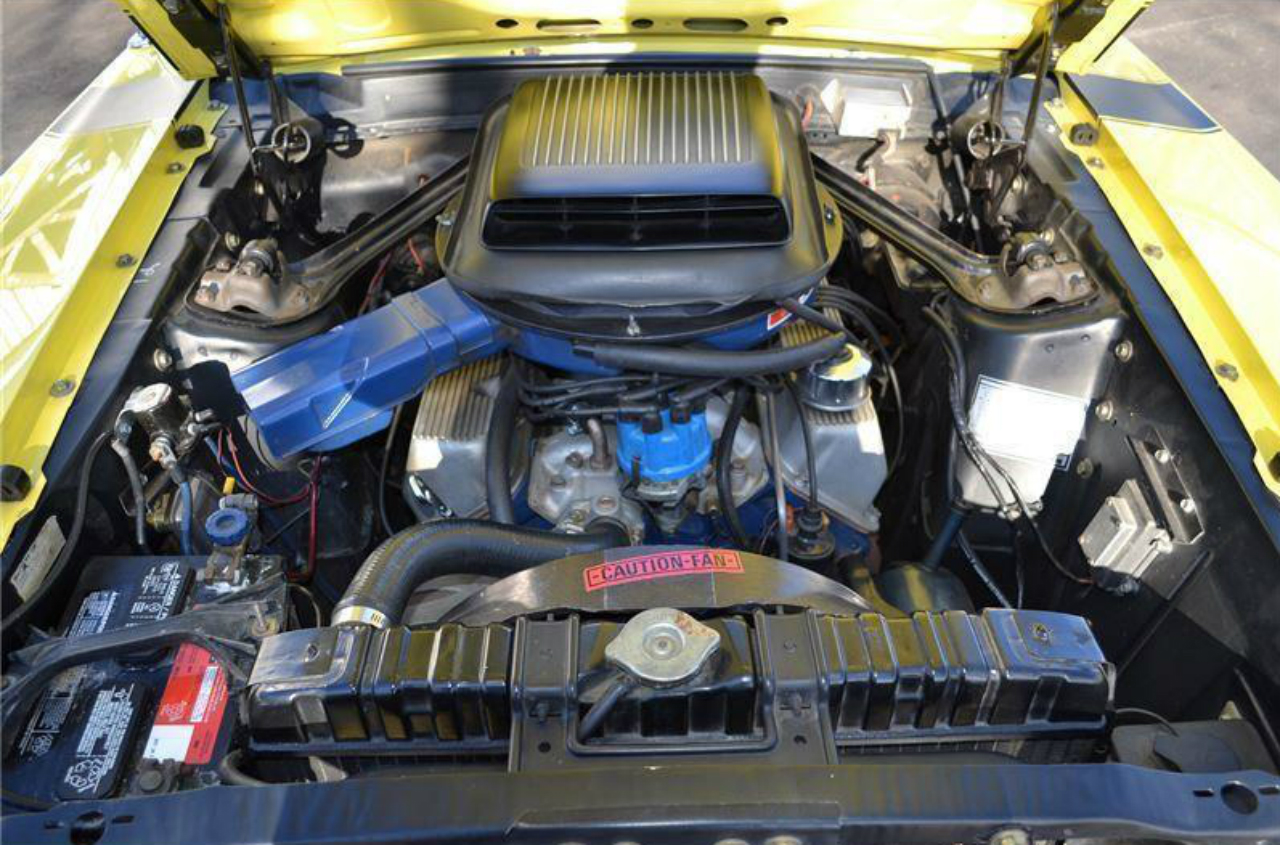 Mustangs have been a big part of my life. My family has always had Mustangs. I learned to drive in a Mustang. I’ve done a cross-country roadtrip in a Mustang. I got my first speeding ticket in a Mustang. They’ve never let me down in a pinch and no, I’ve never, ever crashed one.

So it’s no surprise that I would hold the classic, first generation Mustang in the realm of a dream car. Mach 1s, Shelbys, and of course, Boss’ from that generation are almost beyond a dream. They’re halo cars which never seemed to be in the realm of obtainability.

Which is perhaps why I’ve talked myself out of the appeal of owning one over the years. How does one do that? By calming down your irrational, emotional brain with logic and math.

The last Boss Mustang produced by Ford in 2013, on paper, has over 150 horsepower more than its 1970 ancestor (444 horsepower in 2013 vs. 290 horsepower in 1970). A little research on the Internet will also tell you that the 2013 version runs the quarter mile more than three whole seconds faster than the old car (12.7 seconds vs 15.8 seconds). That’s not to mention you get modern amenities, handling and ride quality, and will probably pay about one third of the price should you opt for a 2013 Boss over the 1970 model.

So when it came to experiencing a real 1970 Ford Mustang Boss 302, I was thinking rationally and I felt like I knew what I was getting into. After all, it might be a dream car, but it’s still an old V8 muscle car. I’ve been there. I’ve done that. I know what they’re like.

I figured it would be loud, it would handle like garbage, it would be all torque, it would rattle and shake and feel like it didn’t have any grip. Or brakes. And all that theatre, violence and unnecessary terror would ultimately amount to a car that wasn’t as fast as a modern, four-cylinder rental Mustang. At least, that’s what I assumed.

Scott Vickers was kind enough to open the doors to his personal garage and to his 1970 Boss 302. Scott’s garage is where he stores a number of classic cars, a small portion of the inventory carried by the classic section of his family dealership, Summit Ford. 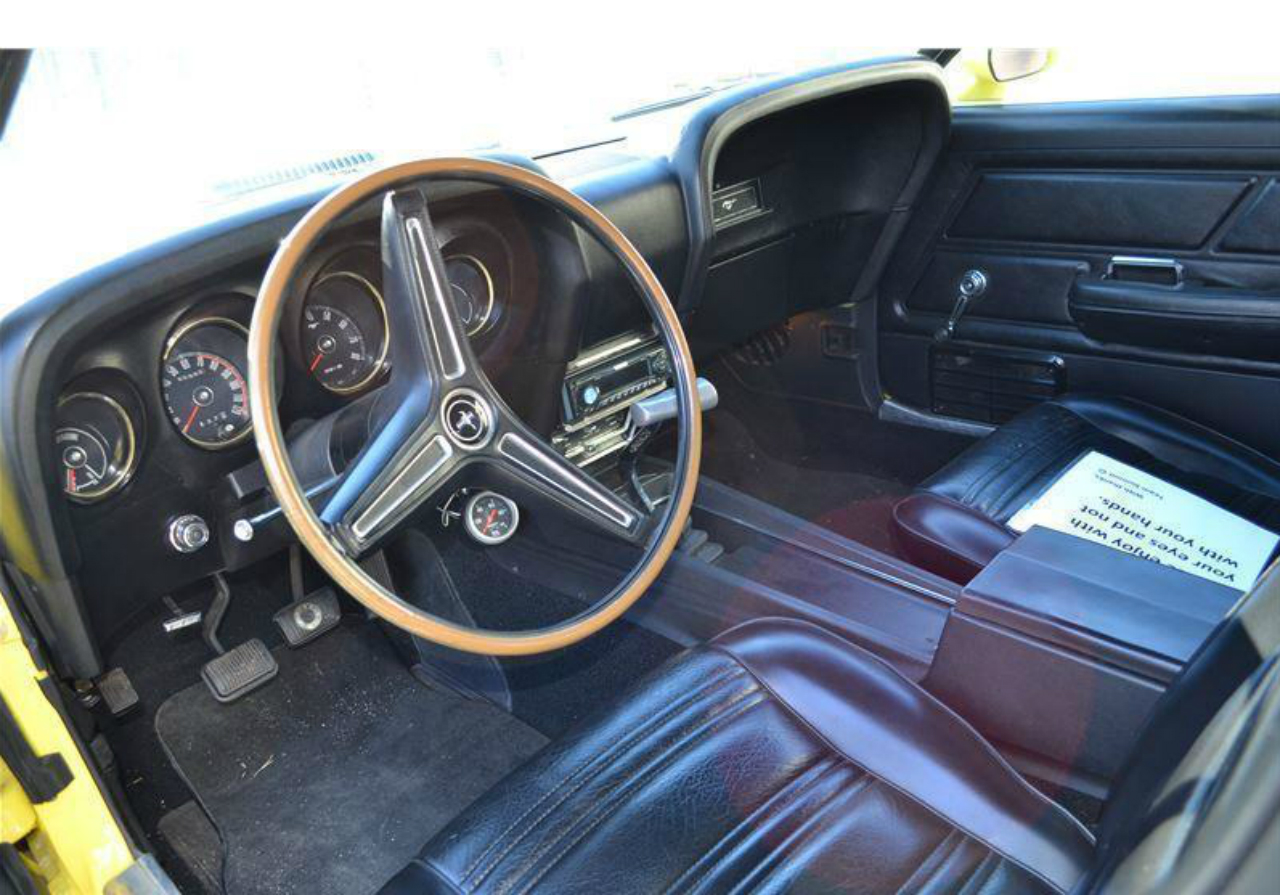 Immediately, I felt some of my skepticism about the car begin to fade away (and my irrational brain begin to take over) when Scott began to explain the history of this particular Boss.

Scott first met this Mustang in the late 60s, when a Summit customer bought the car brand new. Scott got to clean the Mustang up, drive it around and when handing the customer the keys said,”Sir, you just bought the nicest car at the dealership.” A memorable day for an adolescent gearhead.

However, the “nicest car at the dealership” then disappeared for a while. Apparently, the car spent the first part of its life as a track racer. It was later sold to a Ford dealer in Niagara-on-the-Lake before being purchased back by Summit about 20 years ago. Since then, Scott’s made some new memories with this Mustang; introducing it to his grandkids and meeting new friends (in some cases, new customers) at classic car meet-ups.

I don’t know if that makes a used Mustang worth $135,000. But even I have to admit that’s some pretty unique history. And it certainly makes this a more interesting car than a brand new one which just came off the lot. This car has stories. This car is a story.

Speaking of old things being better things, we have to talk about the way this Mustang looks. To say, “They just don’t make ‘em like they used to” or even “Cars don’t look as good now as they did back in the day” is beyond cliché. Not to mention debatable.

But when you’re standing next to a 1970 Boss 302, and its sheet metal body looks like it’s flexing, and its wood steering wheel makes you want to channel Steve McQueen, and it smells like gasoline, and leather, and rubber, and when you open and close the door it has that satisfying “clunk” to it—when all those sensory inputs start infecting your brain’s synapses, you can’t help but think in clichés; “They just don’t make ‘em like they used to.”

Then there’s the way this thing sounds. 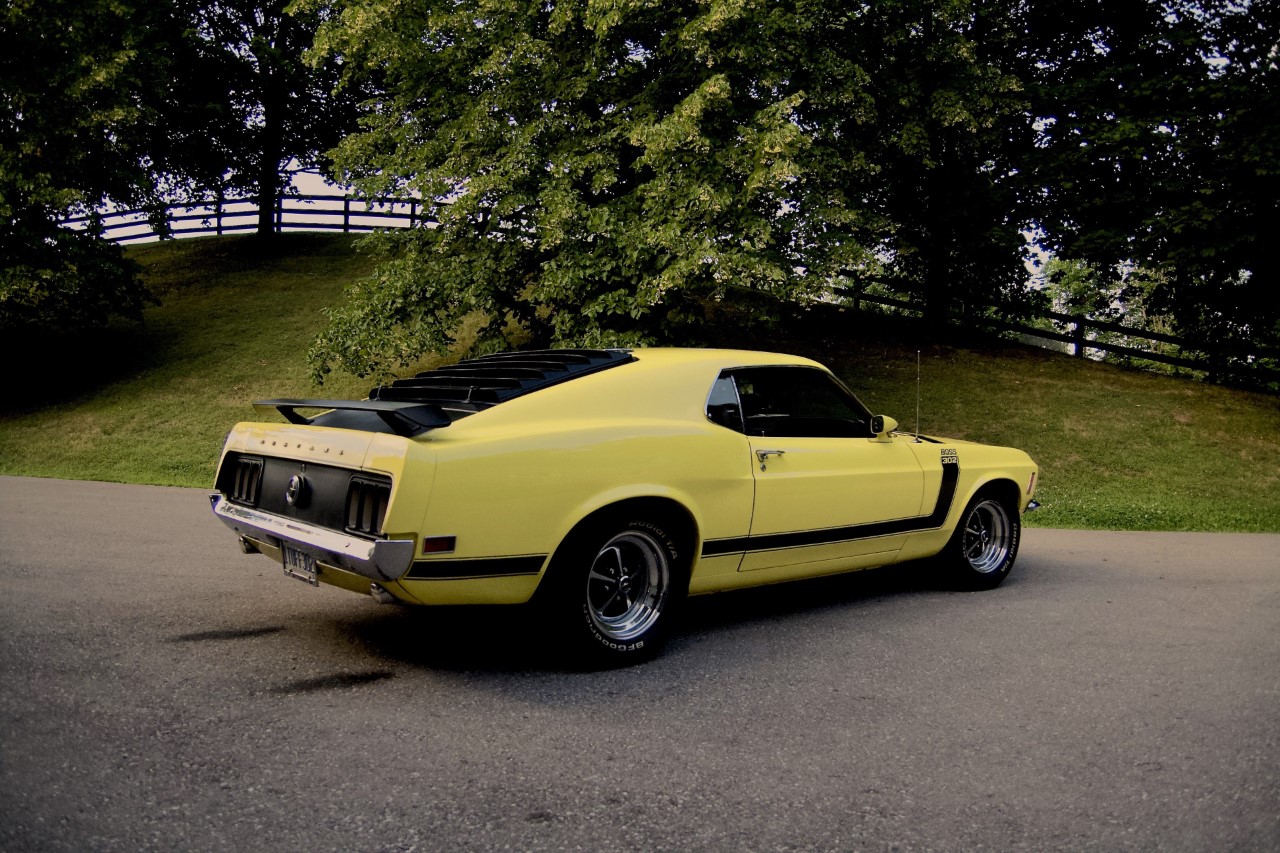 You’ve probably been to a few cruise nights, and if so, you know that old V8 muscle cars are loud. But however loud you think this car is, with its relatively small 4.9-litre engine, I promise you it’s louder than that. It just is.

However, it should be noted that the 302 H.O. is very different from Chevrolet small-block engines that you might be more familiar with. This is where those unique features in the top-end of the Boss’ engine come into play.

Performance built, small-block Chevrolet engines, with their roller lifters and 8:1 compression ratios are sloppy, snorty, spitty things. They’re like being yelled at by somebody with a mouth full of water. Not the 302 H.O. It hums and purrs at idle and steadily roars under acceleration all the way to its 7,000 RPM redline.

Actually, the most surprising thing about the Boss 302 in general is its level of comfort and, dare I say, sophistication. I really expected this thing to feel like a cross between a boat and a shopping cart—a huge land yacht, where everything squeaked and rattled, and which allowed every small imperfection in the road to destroy your spine just a little bit more.

That may all be true of some old Mustangs, but not this old Mustang. I found this car to be reasonably comfortable thanks to its generous (but not massive) interior cabin space, its thick leather bucket seats and overall ride quality. Sure, you have to raise your voice to have a conversation. But nothing squeaked. Nothing rattled or droned. Dimensionally, the car feels incredibly similar to an S550 and if you closed your eyes (don’t ever do that) you could probably get away with thinking you’re driving an S197.

However, it doesn’t feel like either of those cars when it accelerates. It feels much, much faster than both of those cars. And I’m not saying it is faster. Logically and factually, I know that this Boss 302 is nowhere near as quick as a modern Mustang GT. But I’ve driven a 2019 Mustang GT flat out, and I’m telling you, it doesn’t FEEL as fast as a 1970 Boss 302.

A 5,000 RPM pull in this car means it’s spinning its wheels through the first three gears before it finally hooks and simply tears you down the road—its shaker hood scoop rumbling away the entire time.

When I step back and think about it rationally, without my adrenaline pumping, the two experiences are nowhere near the same. If the Ferrari is an F18 fighter jet, then the Boss is a WWII-era Spitfire.

But in the moment, when the irrational side of your brain is in control, and you’re experiencing the feeling of controlled violence coming from a screaming V8 engine with a smooth and steady powerband—the sensation tricks your brain into thinking two incredibly unlike things are very similar. Because after all, you’re still flying.

Actually, what the acceleration in this car reminded me of the most was any of the SRT 392 cars — but with the old 5-speed automatic. With so much low end-torque and such tall and few gears, it feels like you’re just always in the powerband. Even in fourth gear, sitting around 1,100 RPM, the 302 will respond happily to a half throttle pull. An SRT 392 Charger or Challenger does the same trick. Jam the throttle while cruising at highway speeds and the car rears up, snorts, and takes off.

So, this car has a great history, looks better than any modern car, sounds like how bacon tastes, drives great and is all-in-all more thrilling than a brand new Mustang GT.

There’s no question that a 1970 Ford Mustang Boss 302 is certainly worthy of dream car status. This is a car worthy of you fantasizing about owning it. Allow it to take up some of your cognition. You won’t be disappointed if you ever get to meet one in real life.

Is it worth $135,000? As a journalist, I have to concede that there are much, much better performance bargains to be had. But as someone who loves cars, if I personally had an extra $135,000 burning a hole in my pocket, I would probably make an irrational decision.