Infiniti Luxury and Utility in an Old-School SUV

The 2017 QX80 is a throwback to the SUVs of old with its body on frame design. Shown here is the Limited trim, but the base model is offered in both seven- and eight-passenger versions.

While crossovers have seemingly taken over the automotive world, there still remains a niche market for the full-size, high-end SUV.

Almost all the manufacturers have one including Infiniti where the QX80 sits atop the food chain.

The duo of the Armada and QX80 don’t account for huge sales numbers, but as of the end of October, Nissan and Infiniti dealers in Canada had sold 946 of the former and 705 of the latter during the calendar year. 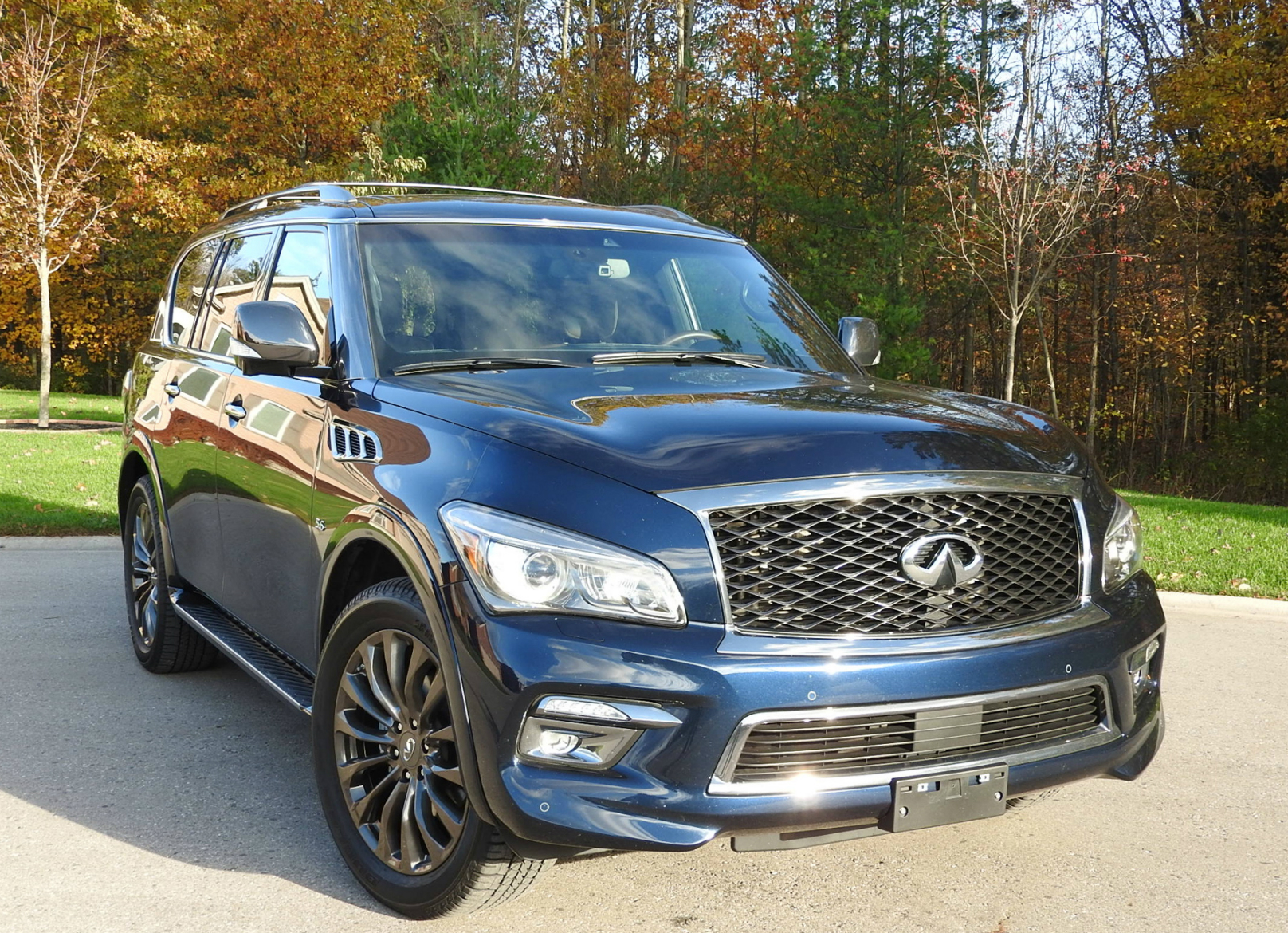 So it’s easy to see there still is a market for these old-school-style full-size SUVs.

Perched on gigantic 22-inch wheels in Limited trim (20-inch wheels on the base model), the hulking QX80 comes to Canada for 2017 in seven- and eight-passenger versions as well as the top-of-the-line Limited, the subject of this review. 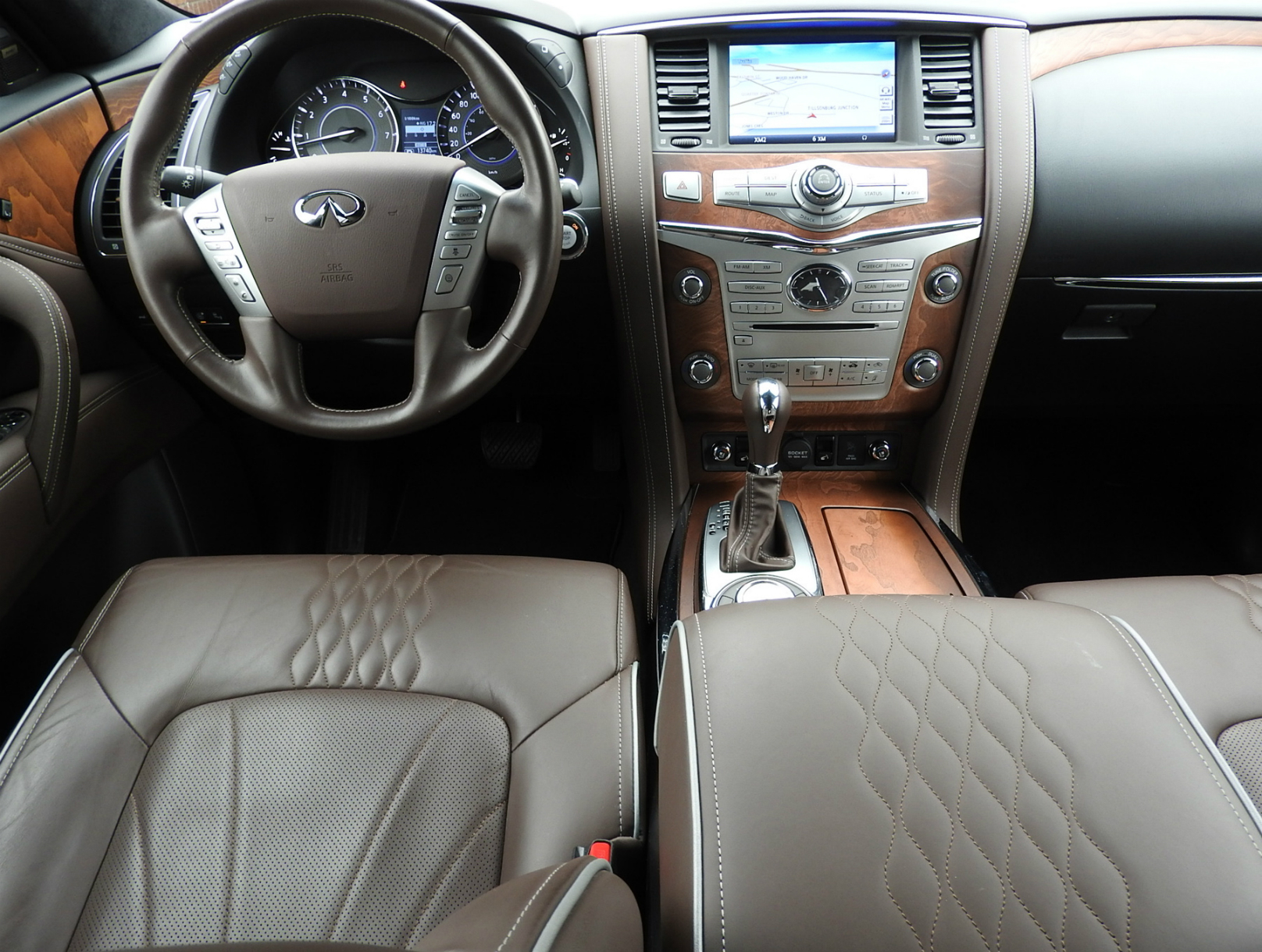 At the same time it’s also luxurious and refined inside with almost all the tech toys one could want.

For some buyers shopping the premium market, this type of vehicle might be a no-go just because of its size.

It’s simply a big, lumbering sport ute that performs great on the open road, but not so well in tight urban areas. Parking lots and their spaces that seem to get smaller every day are a challenge at the best of times.

It’s also not the easiest vehicle to access either. I had no problem, but for my wife it was a challenge.

Her criticism wasn’t of the QX80 in particular, but full-size SUVs in general. Others, though, find the high seating position a big positive.

The QX80 and other full-size SUVs of its ilk are throwbacks to the day when they were all body-on-frame designs. These days, all but the big ones are unibody construction.

However, for those who tow a large boat or travel trailer and want to drive in style, the QX80 might just do the trick.

And if there are kids in the equation there won’t be any “Are we there yet?,” comments from the back when you put the standard second row entertainment screens to work.

The three-row set up in the Limited offers seating for seven as well as generous cargo room with the rear seats is folded away.

The interior is simply stunning, particularly in the Limited trim.

The quilted, truffle brown leather seats with contrasting stitching and matte finish ash wood trim give it a rich, classy look. The pillars and headliner are nicely finished in ultra-suede.

The second row has comfortable heated bucket seats with a big console in the middle and generous legroom. 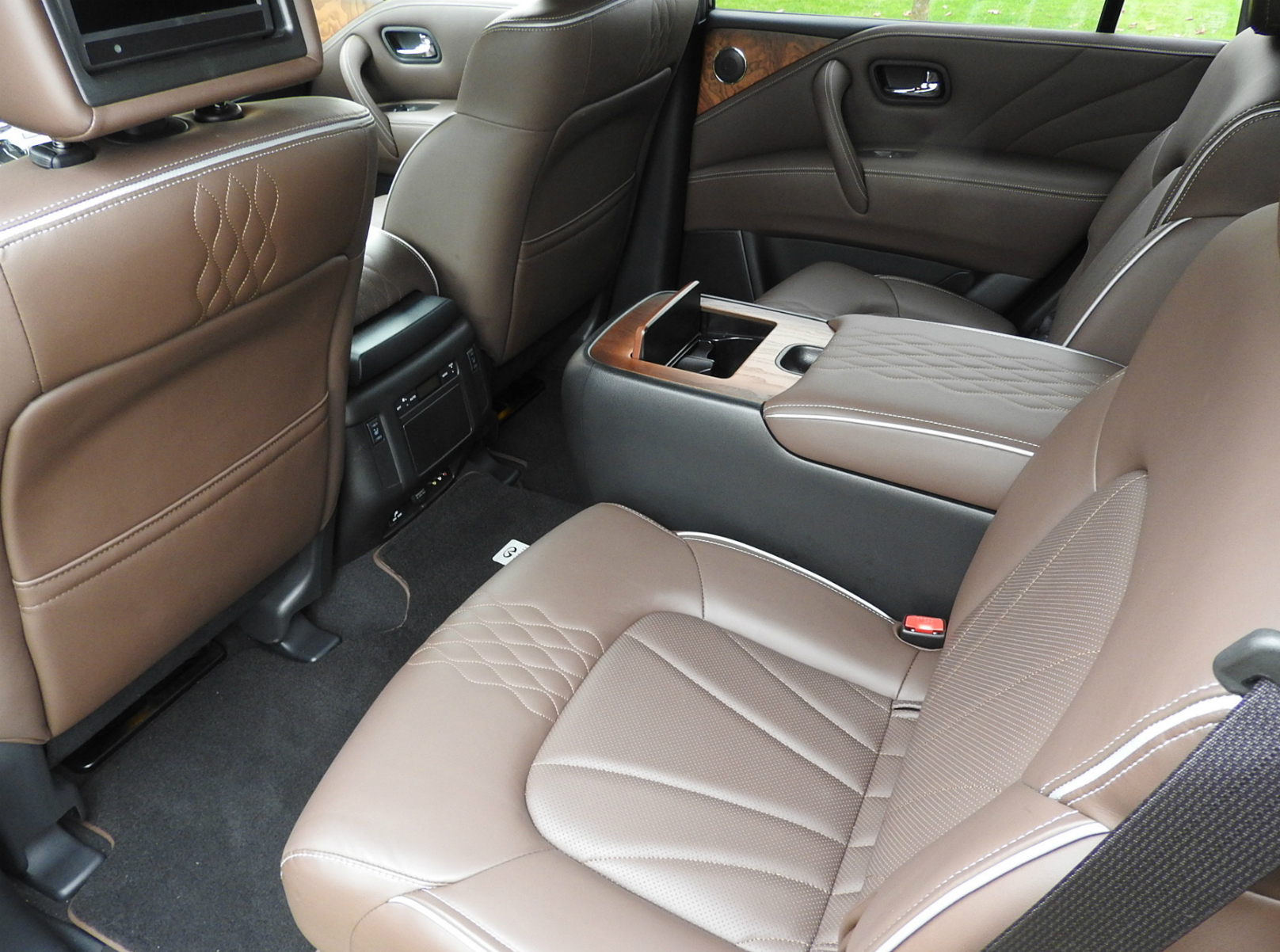 These seats fold down for access to the rear, but the third row is difficult to reach and the seats are more suitable for children than adults.

While the cabin of the QX80 will draw praise from all quarters, the exterior look may not as much. It’s definitely a polarizing design. You either love it or hate it as I found from comments during my week with the vehicle.

On the open road, the QX80 is a delight to pilot on long excursions — quiet, comfortable and powerful.

And despite its heft, it handles tight corners better than some competitors, thanks in part to its hydraulic body motion control system that uses fluid to stiffen the suspension on sharp turns.

This helps smooth out the ride and lessen body lean in corners.

If the QX80 appeals to you, be prepared to pay at the gas pumps. Natural Resources Canada lists fuel consumption rates of 17.4/12.2/15.1 L/100 km city/highway/combined with a fuel cost estimate of $3,292 per year, highest among SUVs tested with the exception of the Bentley Bentayga and assorted Mercedes-Benz AMG models.

In real world numbers, we averaged 15.8 L/100 km over 365 km of mainly highway driving during our time with the vehicle.

The 2017 version of the QX80 dates back to 2011 with only minor facelifts and updates over the years and it shows.

A redesigned 2018 model has been unveiled and will be on sale by the end of the year.

Those who have to have the most up-to-date version will choose wait it out for the new model, but there may be some deals to be had on the remaining 2017s, which really do have a lot to offer for someone shopping this segment of the market. 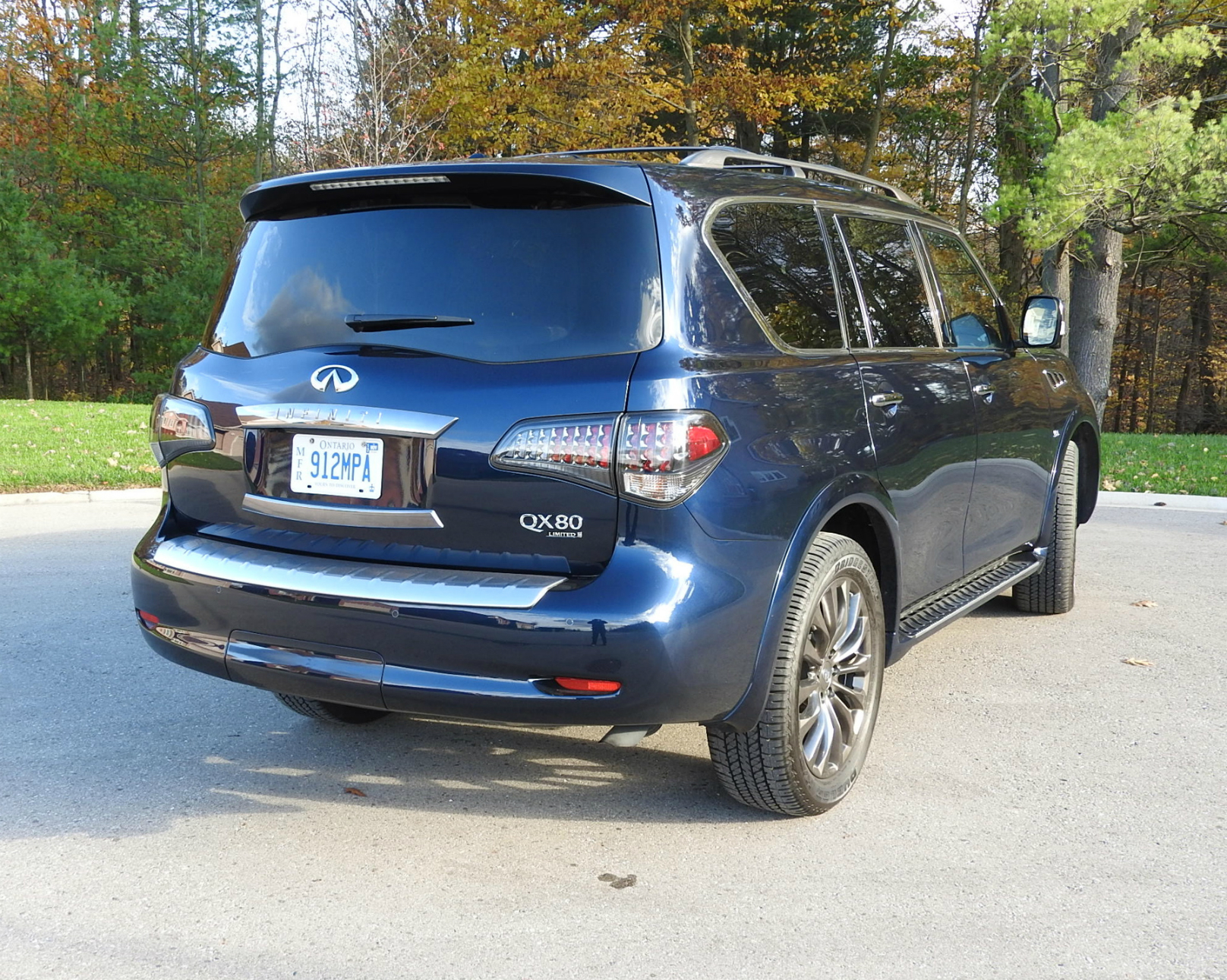 The 2021 Kia K5 will put the Driving Experience F