Building upon it's Honda Fit underpinnings, and harnessing the Civic’s 1.8-litre engine, HR-V brings its own unique blend of angular, coupe-like styling and SUV-inspired attitude and versatility.

It’s been little over a year since Honda launched their latest and littlest crossover – the HR-V.

And in the short time since that unveiling, the HR-V has already risen to the number one sales spot of the subcompact sport ute segment in Canada.

Their hearts may rule Canadians as much as anybody, but we do tend to keep one hand on their wallets as well. 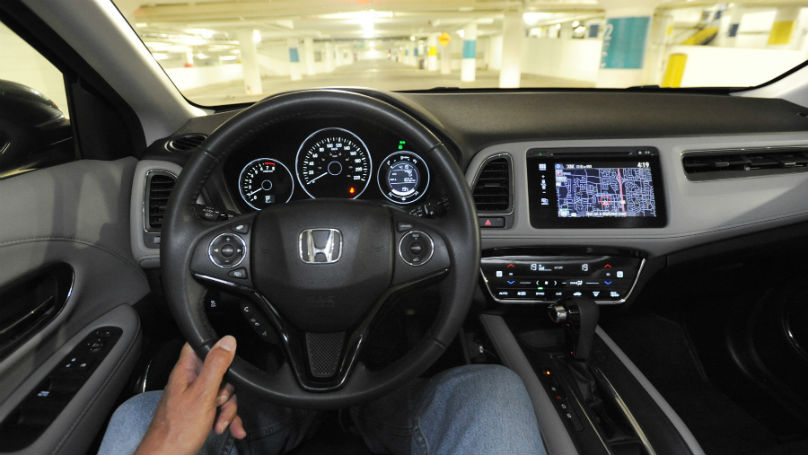 Now, as I wrote at the time of the HR-V’s debut, Honda used to have a “Sport Cute” in that segment already. It was called the CR-V. In fact, the HR-V shares nearly the same dimensions as the early editions of CR-V.

But like Toyota’s RAV4 and other competitors in its class, the CR-V has evolved over four generations of  “it’s bigger, it’s better” philosophy, to the point where the company’s model selection list was in need of another smallish, nimble entry-level sport ute to slip back into the bottom rung of the lineup.

The HR-V builds on the foundation of Honda’s latest Global Subcompact Platform, sharing about 30 per cent of the underpinnings with the Honda Fit, while boasting a sleek, coupe-like body shape, emphasized by rising styling lines, aggressive edging and concealed rear door handles.

Inside, the coupe-like styling continues with a driver-oriented cockpit, a sporty console, crisp gauges and touch system controls designed to connect with a younger, tablet-savvy audience.

I have to admit that this old dinosaur still prefers radio knobs to hunt-and-peck distractions but the 7.0-inch instrument panel works well enough. The oddly narrow ventilation slots in front of the passenger position are a bit of a design clanger but there’s little to complain about in this versatile and surprisingly roomy cabin.

The amount of legroom in the HR-V is almost identical to Honda Fit dimensions but the HR-V has the edge on hip room and shoulder room. I was even able to “sit behind myself” in a fairly spacious second row, aimed squarely at a young family customer base.

That versatile 60/40 “Magic Seat” folds flat to maximize cargo room, and the seat bottoms can also flip up for a “tall configuration” that allows owners to fit taller floor-to-ceiling items.

The HR-V is powered by a 1.8-litre SOHC 16-valve iVTEC four-cylinder engine adapted from the Civic instead of the Fit.

The motor makes 141 hp at 6,500 rpm and 127 lb/ft of torque at 4,300 rpm and comes mated to either a standard six-speed manual or an optional continuously variable transmission (CVT).

I ran through most of the different powertrain configurations during the vehicle launch last year.

The 1.8-litre engine pulls readily away from a standstill, spools along at the expected 2,000 rpm at highway speed and provides competent, but not exactly pulse-pounding power regardless of transmission choice. 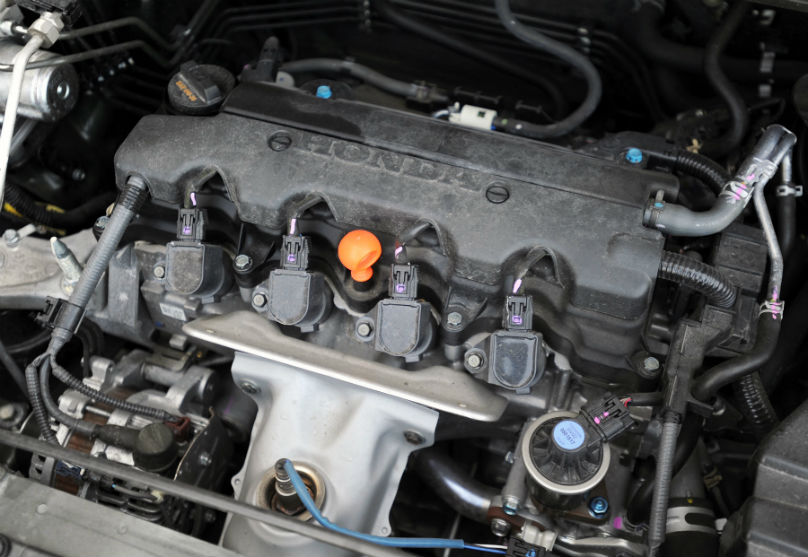 Fuel economy ratings vary slightly depending on those powertrain choices but my as-tested model was rated at 8.8/7.2L/100km (city/hwy). My real world results of mixed driving clocked in at a very respectable 7.4L/100km (comb).

As tested here we had the top-of-the-line EX-L Navi that includes the CVT and AWD as standard equipment.

It also adds navigation and bumps up the Display Audio System to a 180-watt six-speaker system with HD radio with Sirius XM.

But while this as-tested EX-L Navi model may be the ultimate pocket ute package, the pick-and-choose HR-V lineup, featuring subcompact nimble affordability, and mixed with dynamic technologies plus inherent Honda reliability make any HR-V “sport cute” crossover a viable choice for younger couples and small families. 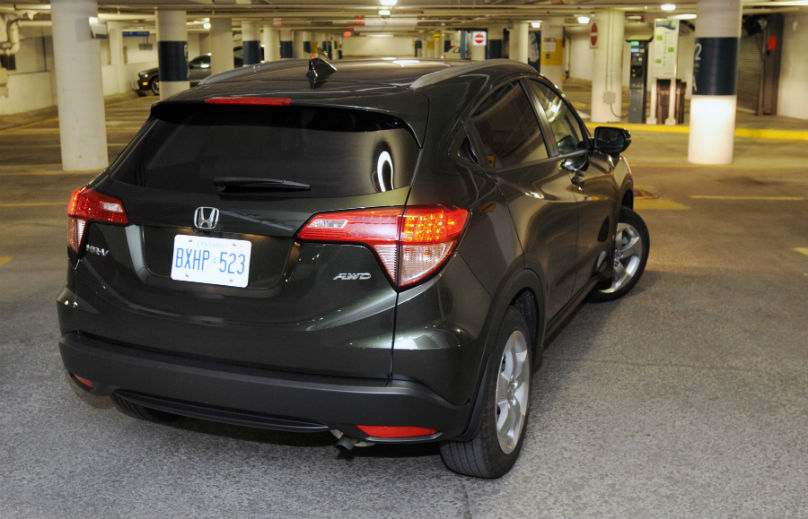