There were times, boys and girls, when minivans ruled Canada’s roads.

We, being generally smarter than our American cousins in so many ways, realized that a box on wheels is the most efficient way to haul people and stuff around.

So, we took to the breed, to the extent that the Chrysler minivans, Dodge Caravan and its corporate cousins were among the most popular vehicles in the country. Other manufacturers quickly followed suit.

But over time, the appeal of SUVs eroded the minivan market share, and the segment is nowhere near what it was.

Dodge still rules at the lower end of the price scale, while a couple of import brands and Chrysler fight it out in the upper echelons.

Honda has been there pretty much from the beginning, and has a brand new entry for 2018 with the latest generation Odyssey. 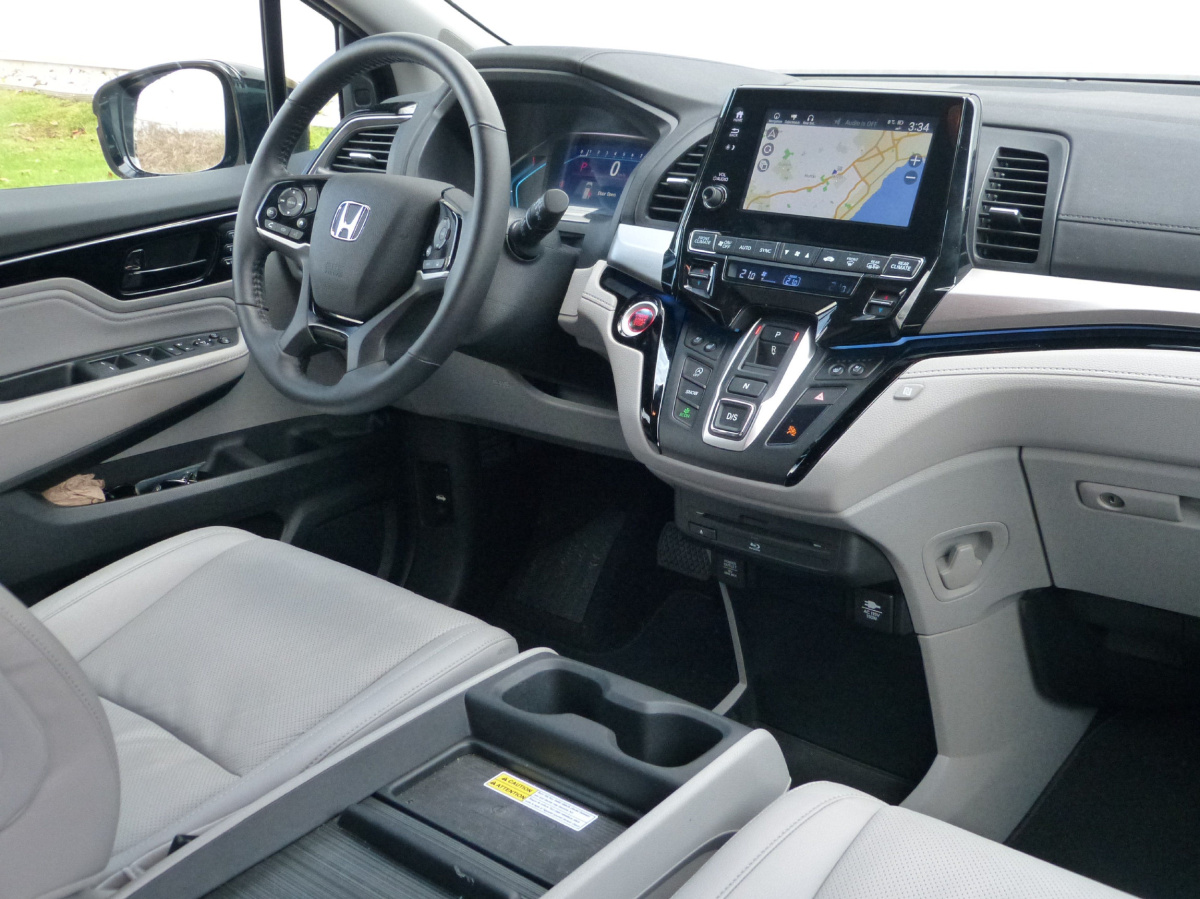 It starts at $34,890; my range-topping Touring test vehicle begins at a lofty $50,290, and pretty much ends there because just about everything available is included.

As before, Honda has tried to modify the typically boxy van silhouette, with a Z-shaped lower side glass line. The apex of the Z sits in the rear third of the window as opposed to the rear of it as before.

The track for the sliding side door is now buried in the base of the third side window instead of in the middle of the sheet metal, giving a much cleaner look.

It would take all my space to describe this system in detail; suffice it (I trust) to say it improves engine efficiency, leading to better performance throughout the rev range, and improved fuel consumption, too.

This engine drives the front wheels via a 10-speed automatic transmission in the Touring model; lesser trim levels have a nine-speed. The tranny is controlled by a series of push buttons on the dashboard, rather like the GMC Terrain tested here a few weeks ago.

There’s a big button for Drive/Sport, allowing you to switch between shift programs, even if ‘Sport’ and ‘minivan’ seem mutually exclusive.

Above that sits Neutral, then a Reverse button which you sort of pull outwards and down, presumably to make it harder to do accidentally. Park sits on top.

At first, this seems odd, but when you think about it, its inherent logic kicks in. You typically use the shifter just once when you start your trip, and again when you arrive. There’s no real need for the transmission controls to be all that handy, so why not get them out of the way and use that space for things you access more often, such as the big side-by-side cup holders, again like the Terrain. Great minds, etc.

If you insist on shifting an automatic transmission yourself, steering wheel paddles are standard on all trim levels.

All Odysseys are three-row eight-seaters. You’ll probably own yours for a year before you figure out all the permutations and combinations.

There is 12-way power assist for the driver in my Touring — with all this choice, it took me a while to find the right setup for my dead-on-average-sized body — and four-way for the front passenger.

The second row of seats is adjustable fore-and-aft, and the middle seat can be removed, giving a two-captain’s-chairs set up. Or, you can slide the right side seat over toward the middle, leaving a long storage space. 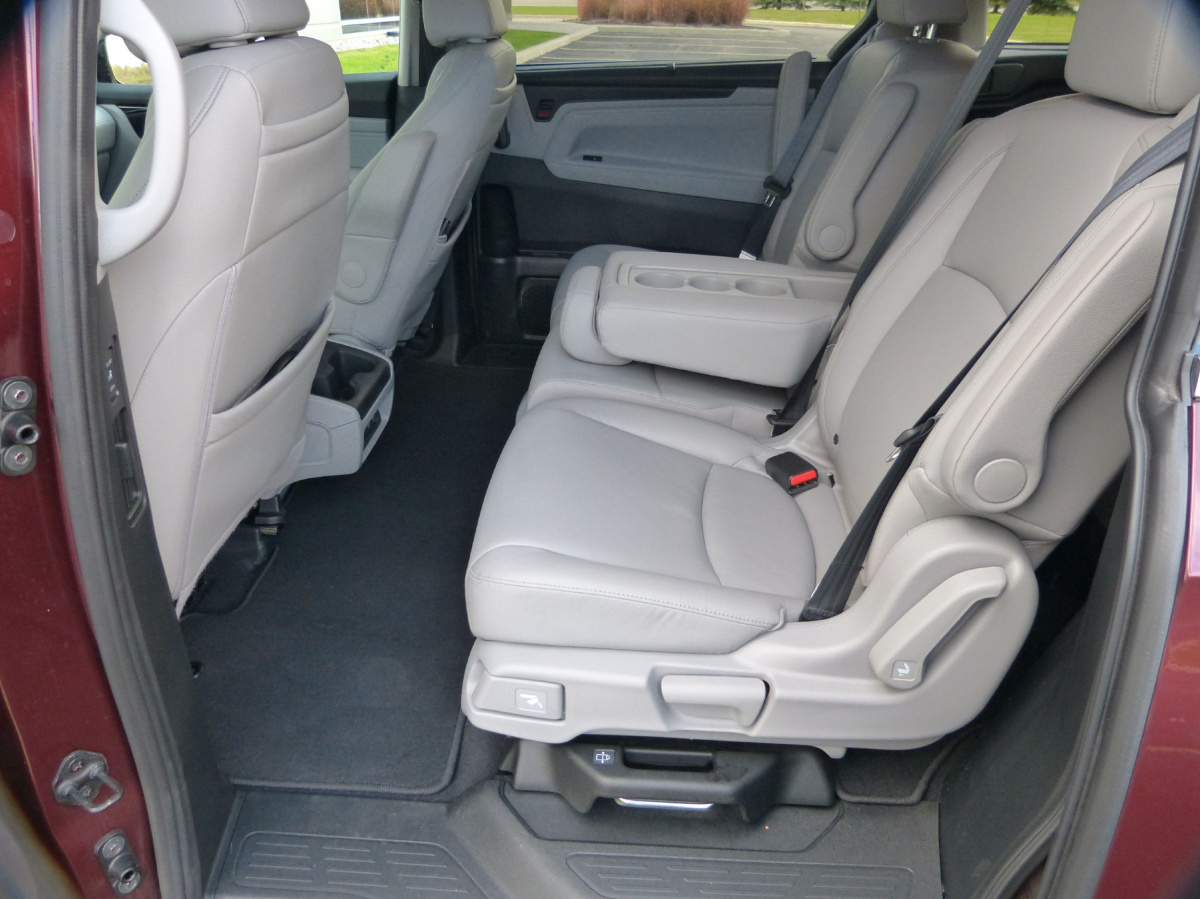 Removing these seats requires a PhD in logistics, and of course, the owner’s manual is on a CD — not much help when you’re out on the road.

The third-row seat in the Odyssey has long had a clever flip-and-fold system, whereby it disappears into the floor. That’s more like it.

In all, Odyssey’s is a capacious and cleverly designed interior.

There’s even something the Brits call a “curry hook” beside the front passenger’s left knee, on which you can hang your takeout curry bag, fish and chips, a purse, what have you.

There are cubby bins and storage spaces all over the place to handle the typical detritus of minivan living.

And a pad which seemingly allows automatic charging of a cellphone, if you have the right phone, which I apparently don’t.

On the road, the Odyssey seems to shrink around you, being commendably nimble for what is a pretty large vehicle.

The steering is direct and reasonably accurate, and you can thread the van through traffic with ease. Ride quality is also very good.

Like all i-VTEC engines, this one seems to add a couple of cylinders when the variable valve timing kicks in around 4,000 r.p.m. It is satisfyingly quick and responsive. The 10-speed shifts smoothly, although you won’t see that tenth ratio very often, except in sedate highway cruising.

Occasionally when I selected Drive and pulled away, there was an unseemly CLUNK from the transmission. I couldn’t replicate this reliably, and haven’t yet found out what it was.

Like so many manufacturers, Honda has yet to figure out headlights. It really is quite simple: car on, lights on; car off, lights off. There really is no need for a headlight switch at all — all you need is a high-beam dimmer — but I’m told some nations require one.

Some carmakers — Porsche, Volvo, some Toyotas — have figured this out: turn the light switch on when you buy the car, and never touch it again. But Honda still has that annoying buzzer if you shut the car off and leave the lights on. If the car is smart enough to know its lights are on, it’s smart enough to just turn them off itself! 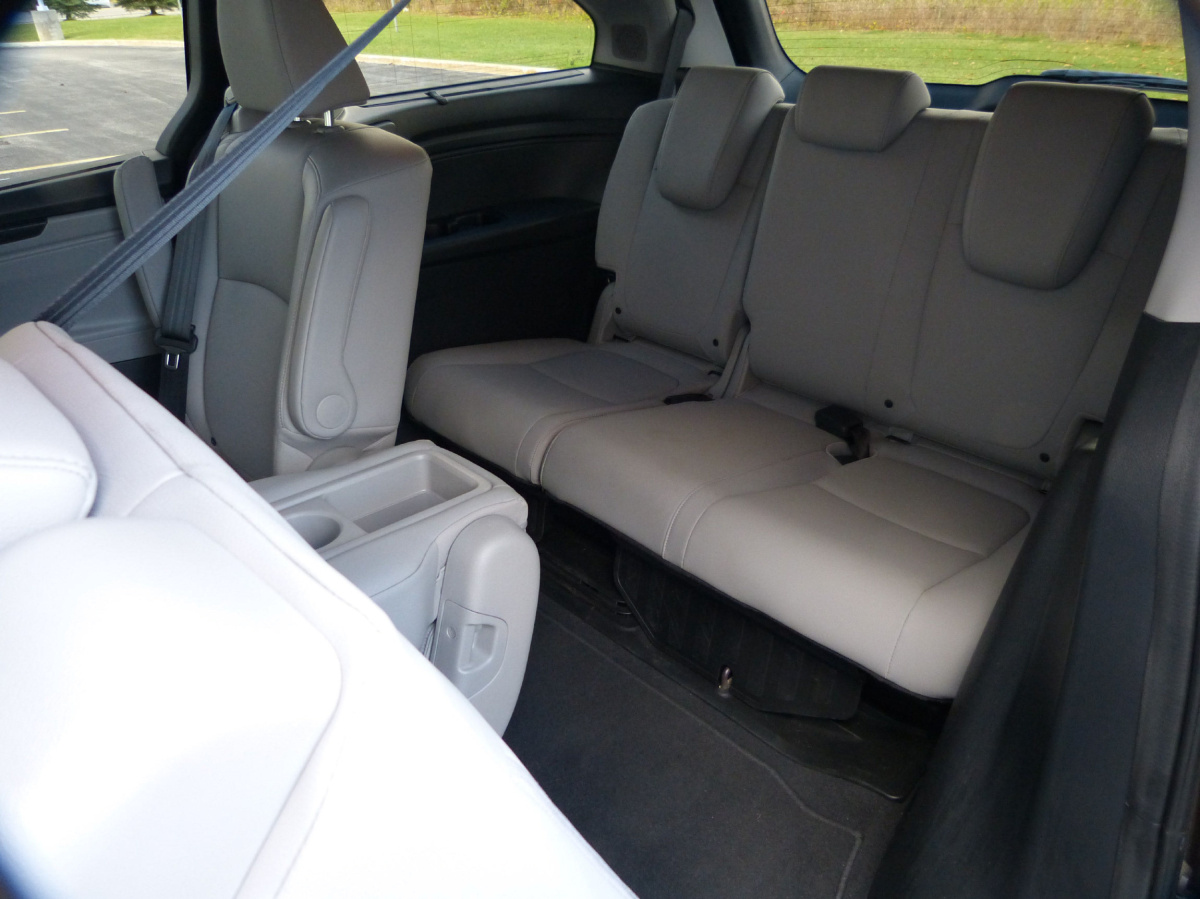 Another bugbear — the side-view mirrors cannot be adjusted far enough outward to eliminate the blind spots. No Virginia, there is no such thing as a blind spot. It’s almost as if Honda is trying to create a need for their horrible and distracting lane-watch system, a million-dollar solution to a zero-dollar problem. Fortunately, you can shut that off, but you still can’t adjust the mirrors correctly. I’m sure a clever mechanic can fix this.

There is also only one proper round knob on the entire dashboard, that for radio volume, so you can actually adjust it when you are driving without killing yourself, your family, and others around you. Other systems, please copy.

These fairly common beefs aside, Odyssey is a big, practical, efficient vehicle that will probably be as reliable as Hondas typically are.

If moving people and stuff is what you need a vehicle for; if you have lots of both; if the price tag doesn’t scare you off; or if you can get away with the still well-equipped entry-level LX trim level which starts at just $34,890, Odyssey deserves a long serious look.

Also Read: The Evolution of the Family Car: From Station Wagons to Crossovers 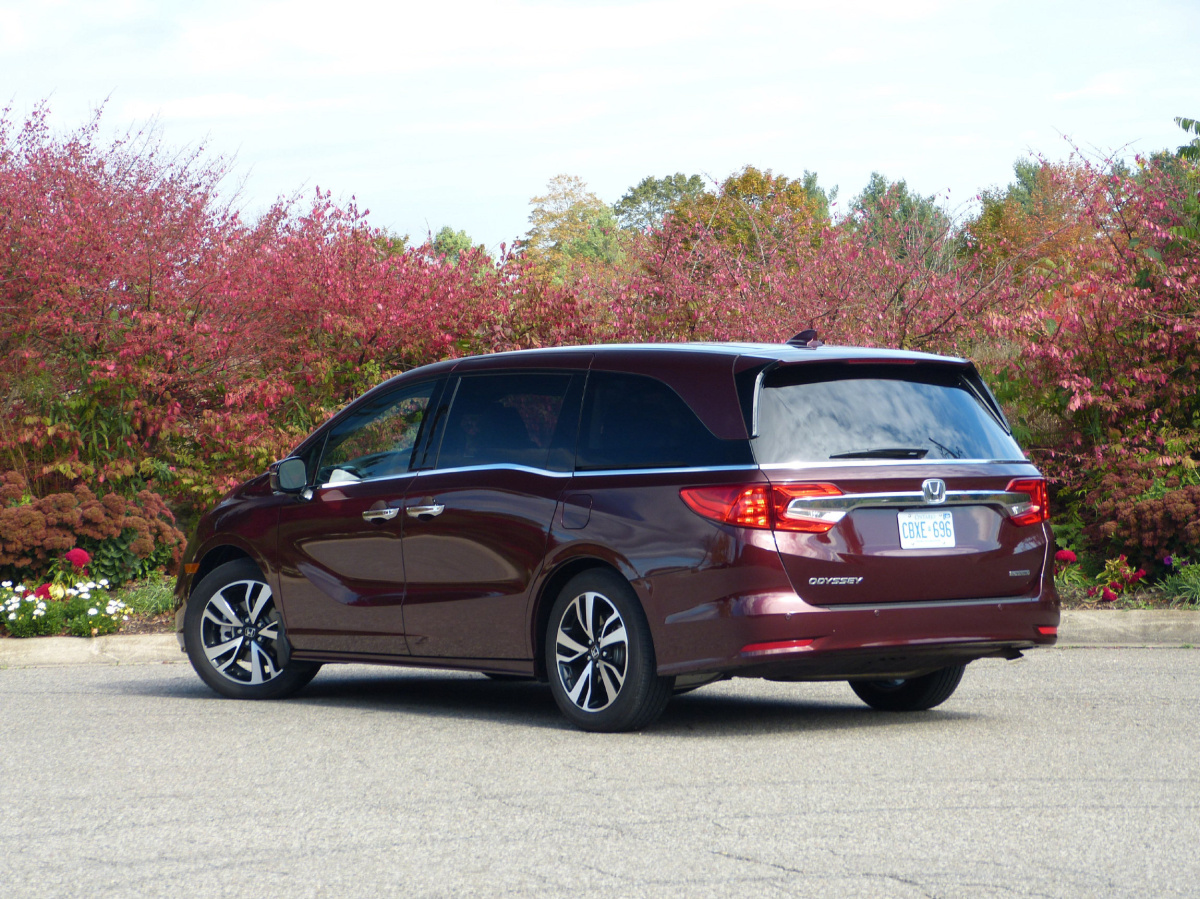