The 2017 Honda Ridgeline Black Edition has an aggressive stance that would look right in place on the job site or at a high-class wedding.

That was my first thought as I walked towards the 2017 Honda Ridgeline having picked the keys up at Honda’s offices in Markham.

It sat in the parking lot, towering over all the smaller Civics.

The Ridgeline comes in five trims, starting with the LX, then Sport, EX-L, Touring and my tester for the week, the Black Edition. All five trims have a long list of standard features, some I’ll get into a little later.

I’m not really a truck guy. I’ll drive them if I have to. I have driven some that I find to be just too big. They are difficult to park and tough to manoeuvre in small areas. 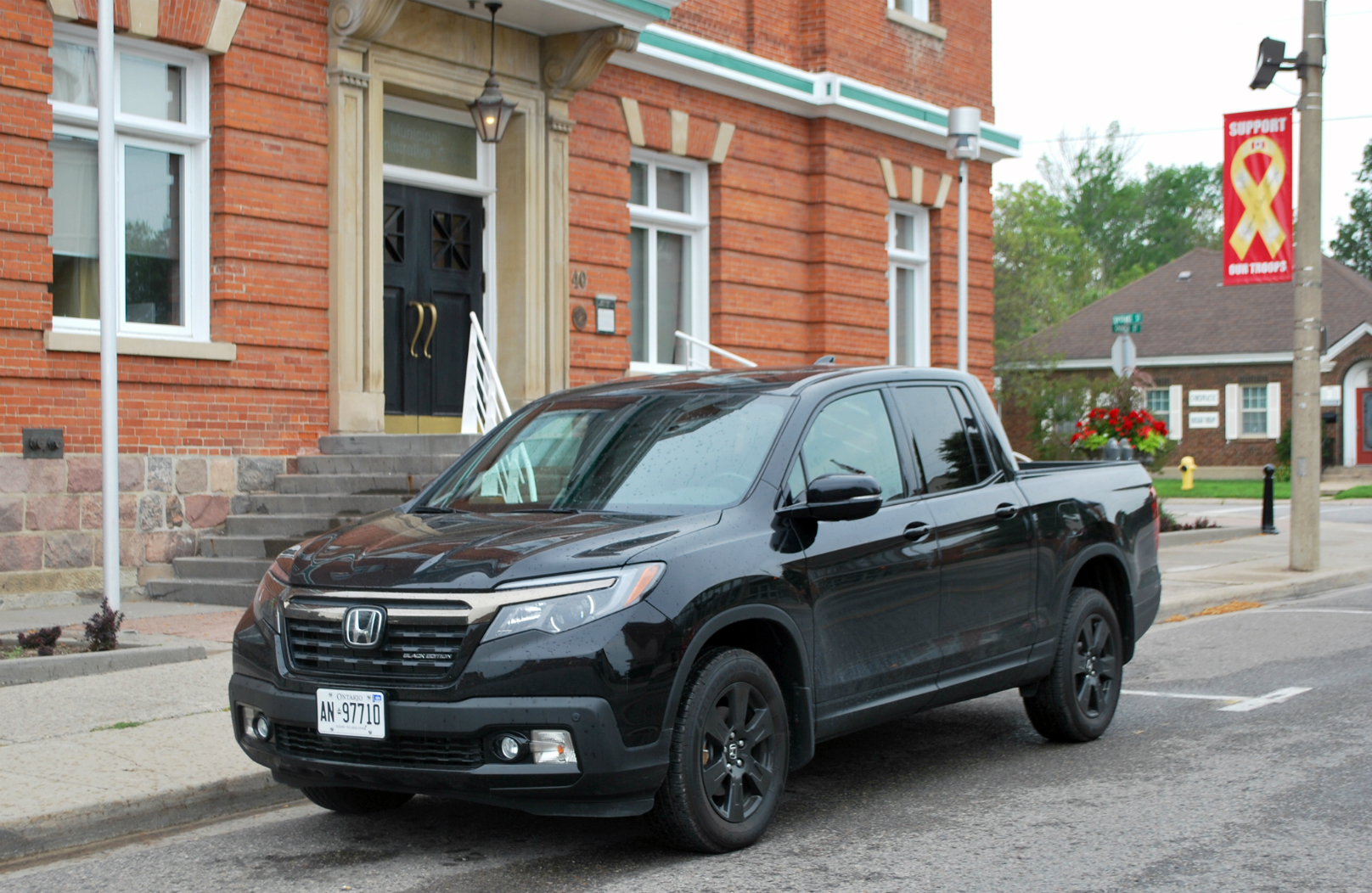 So I wasn’t sure what to expect when I got behind the wheel of this second generation Ridgeline.

A bad thunderstorm had just gone through the area and it looked like more rain was on the way so I was weary of driving the truck on the highway where some drivers continue to do 130 km/h despite the weather.

And as the rain pounded down during my drive home, my concerns started drifting away as the Ridgeline hugged the road, likely due to the Intelligent Variable Torque Management System which helps the all-wheel drive truck stay on the road despite the weather or terrain.

The Ridgeline is powered by a 3.5-litre, 24-valve, direct injection engine that produces 280 hp and 262 lb/ft of torque. More than enough to keep up with the traffic on the highway and give you that extra boost when needed. 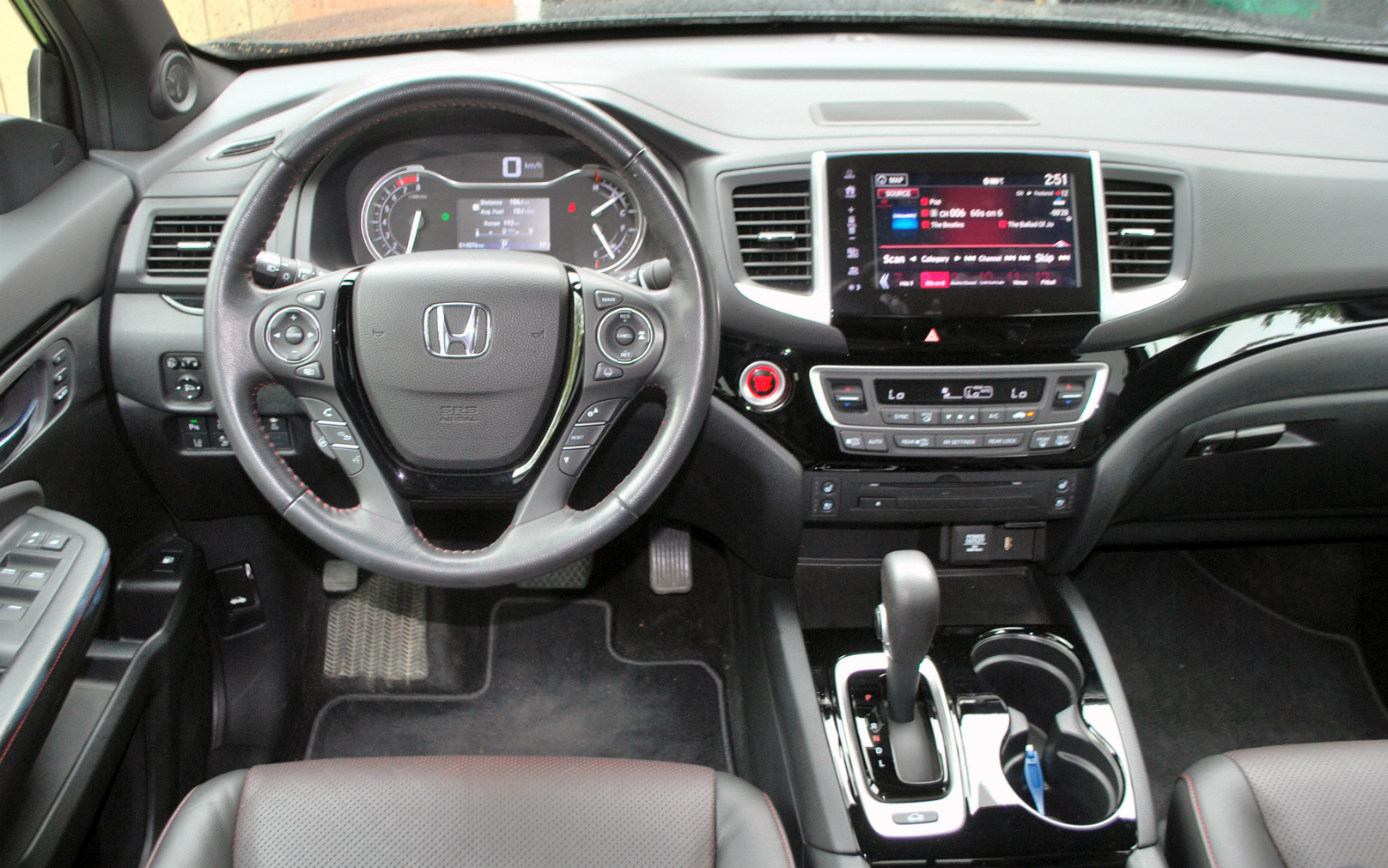 The engine is matched to a six-speed automatic transmission which handled the gearshifts smoothly. You might be sitting behind the wheel of a truck but this Ridgeline drives as smooth as any SUV.

One of my other concerns with trucks is the gas mileage, especially with gas now over $1.10 a litre.

Someone smarter than me can do the math, but for the week it cost me almost $70 in gas. I liked that the Ridgeline took regular gas, making it a bit cheaper to operate.

The interior of the Ridgeline is well laid out and at night, the red ambient lighting in some areas of the cabin, including around the main cup holder, is a nice touch. 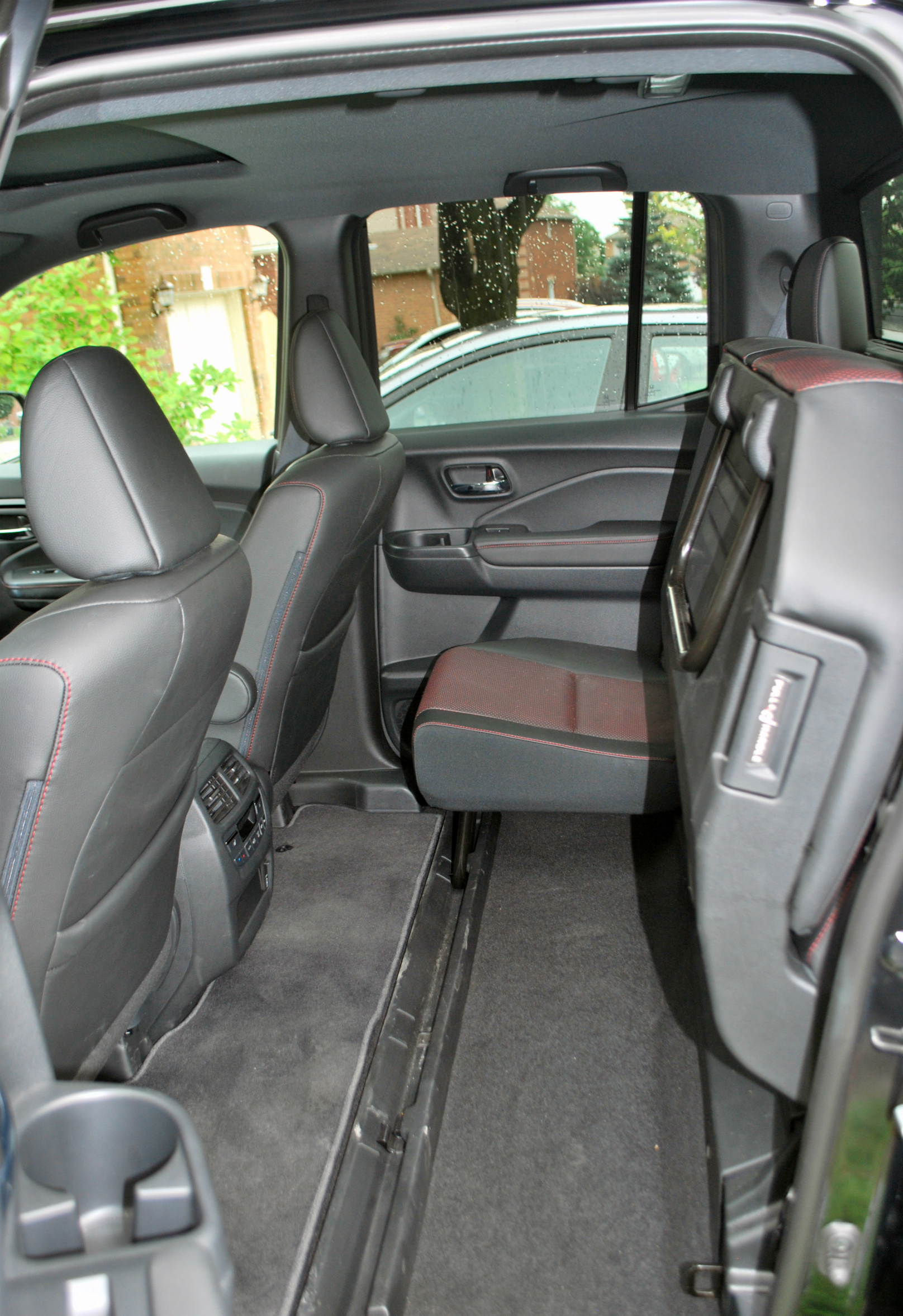 The seven-inch screen is large enough to navigate through but I do miss having buttons to adjust the volume and channels on the radio.

Honda has those controls flush with the screen which I find a little difficult to find sometimes and makes you take your eye of the road only for a second.

You can avoid that by using the controls on the steering wheel but those take a little while to get use to.

The Black Edition almost doubles the wattage, compared to other trims, coming from the stereo with 540 watts of great sound emitting from eight speakers. 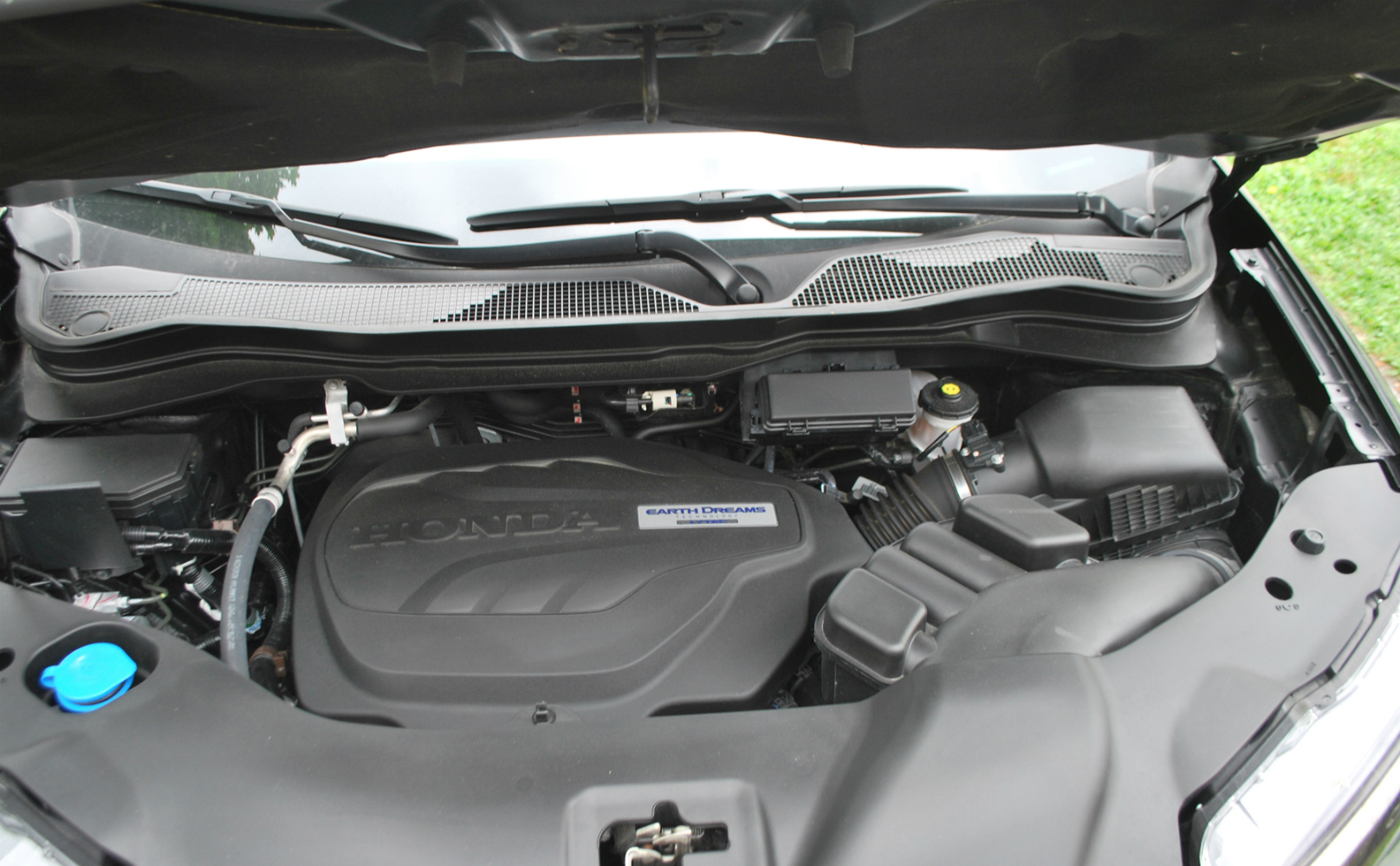 I’m happy Honda kept the CD player and one of great innovate features is that with flick of a switch, the audio moves to the truck bed. There is no loss of sound quality. I only wish this was available in the days my kids were younger when we would head out to the drive-in near Port Hope almost every weekend.

Other great features inside the cab are ventilated front seats, a Godsend on hot days, a multi-angle backup camera and remote starter. In the back seat, which has ample room for passengers, you can also flip the back seat up to create even more storage space.

But a truck isn’t really about the inside. It’s what it can do for you on the outside that is important to many buyers. The Ridgeline doesn’t look like a full-fledged work truck but it wouldn’t look out of place at one. 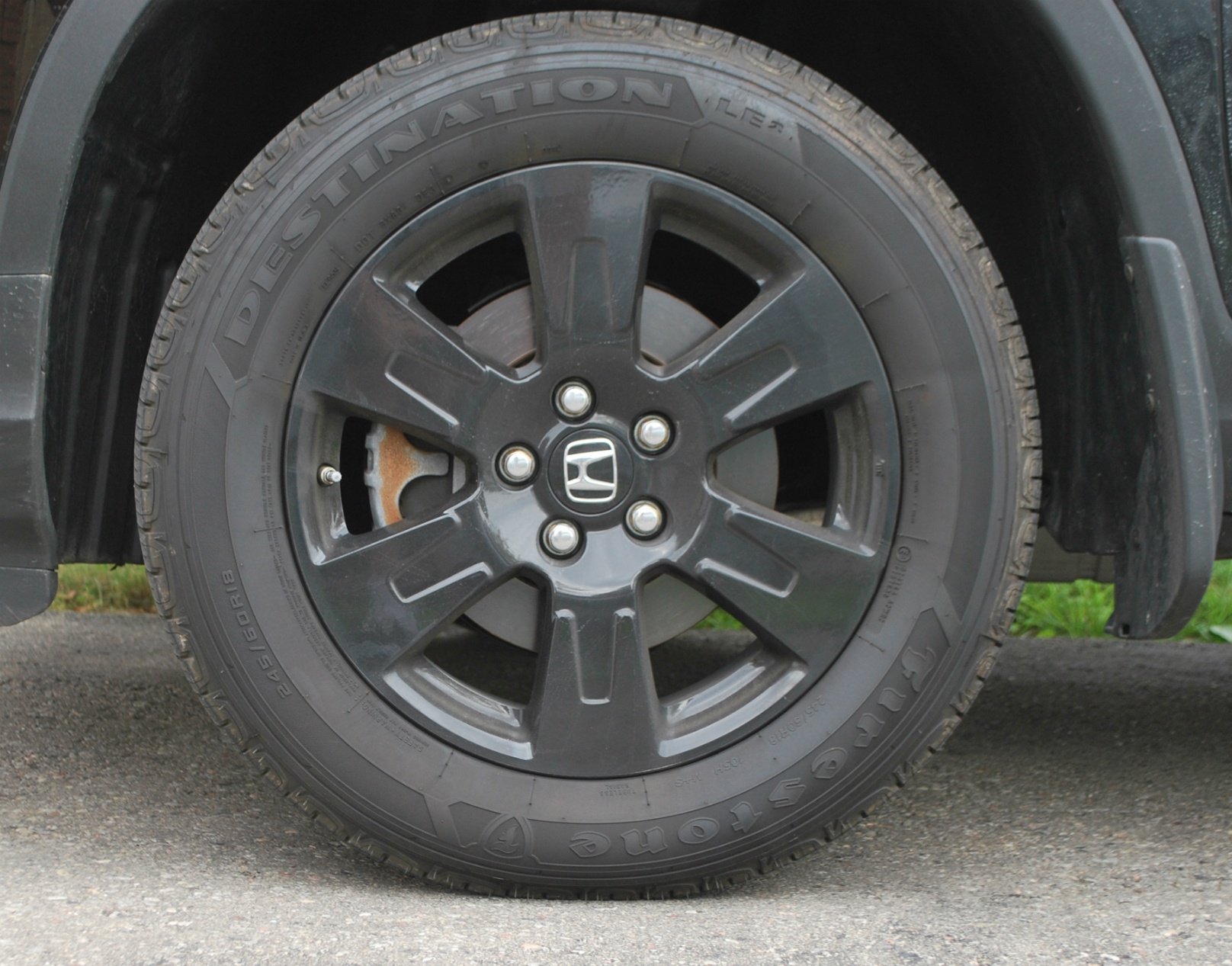 While all trim levels of the Ridgeline feature two, 12-volt power outlets, the Touring and Black Editions feature a 150W/400W outlet in the truck bed. The bed has eight heavy-duty tie-down cleats and another extra convenience is the rear door. It can open down, or swing open.

Another little extra feature I liked was the power folding mirrors, great for car washes, or tight spaces. And hopefully more car manufactures will start offering capless gas tanks like Honda has on the Ridgeline.

The Ridgeline Black Edition has too many standard features to list here but some of the most useful are the front and rear parking sensors; adaptive cruise control; auto high beams (only standard on Black Edition and Touring); and blind spot monitoring.

Honda’s Ridgeline should get it some new customers who are considering a truck that not only can hold its own on the job site but looks good heading to a fancy wedding.