Malaga, Spain-What? Go to Spain in December to drive a couple of new Porsches on the roads and on a race track?

The “couple of new Porsches” are variations on a couple of themes.

Let’s get to the best first. 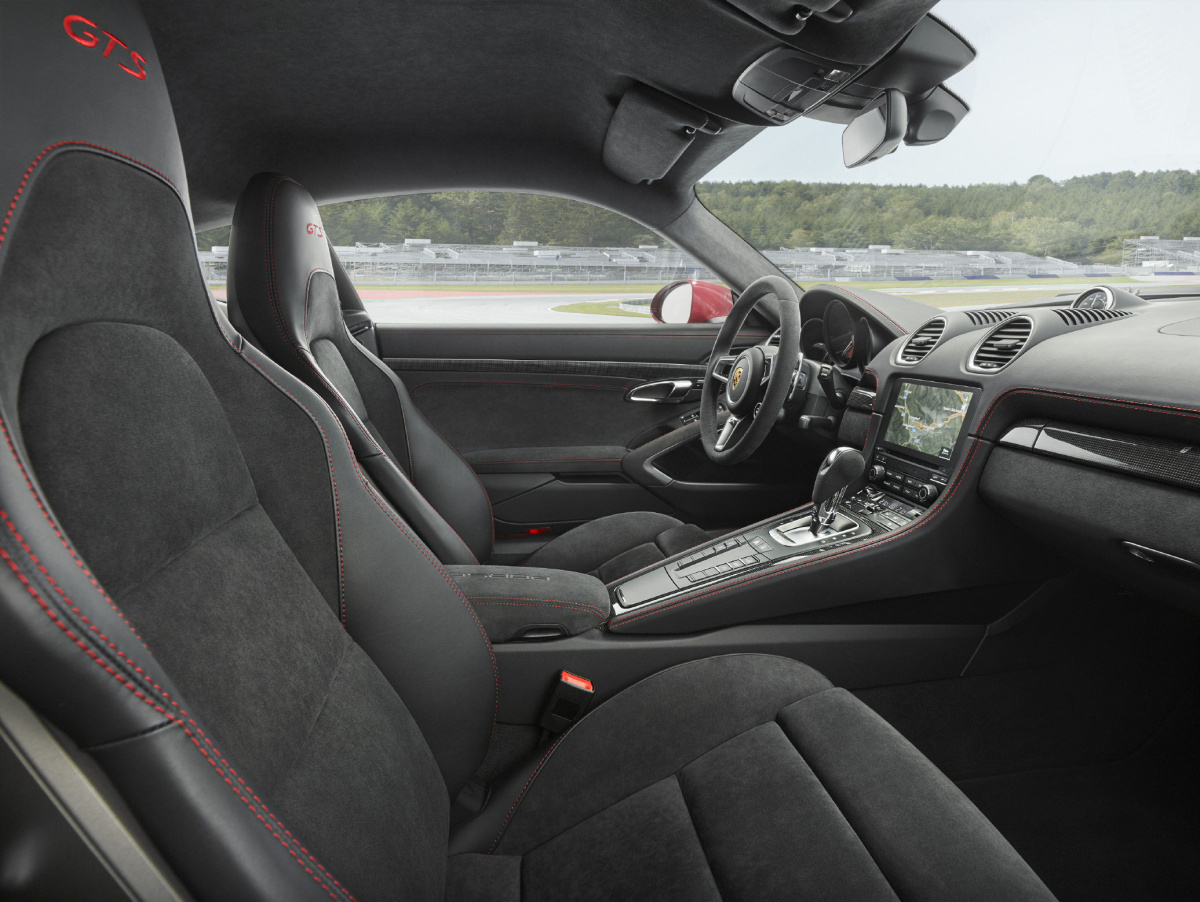 Arrival date in Canada is given as “first quarter 2018.” March would be my guess. Nice way to start spring.

Officially, Porsche began calling the Boxster and Cayman the 718 Boxster and 718 Cayman a while back, and the press information we received didn’t even have the Boxster or Cayman labels on the cover page.

But I don’t know anybody (not employed by Porsche, that is) who calls them anything but just Boxster and Cayman. Does some badge-making company have something on Porsche to blackmail them into using more characters in their nomenclature?

Never mind — a rose by any other name would smell as sweet. And the Boxster and Cayman GTS are sweet, indeed.

The GTS designation at Porsche was first applied away back in 1964, and has always stood for racetrack level performance which is equally usable on the street.

It begins in the engine room. As the Duchess of Windsor would have said if she had thought of it, you can never be too thin, too rich, or have too much horsepower.

Also Read: 2019 Corvette ZR1: Most Powerful and Fastest Corvette Ever

So the 2.5-litre flat-four-cylinder turbocharged engines get modified turbos which pump in more air with more force, boosting power from 350 in the S models to 365 in the GTS. That’s also more horses than the previous-generation GTS versions, although those cars had the smoother-running flat-six non-turbo engine.

The maximum torque numbers — yes, plural — look a bit weird. When fitted with the six-speed manual transmission, it maxes at 309 pound-feet between an ultralow 1,900 to 5,500 r.p.m., while with the seven-speed PDK manually shiftable automatic transmission, it tops out at 317 lb-ft, between 1,900 and 5,000 r.p.m. Slightly more, but ever-so-slightly-more ‘peaky.’ You will never notice the difference.

GTS models are lowered by 10 millimetres compared to the S, 20 if the box for the PASM (Porsche Active Suspension Management, dontcha know) ‘sport’ chassis is checked on your order form.

Porsche’s torque vectoring system which applies brake pressure to individual wheels (to help keep you on your chosen line in fast corners) and a limited-slip differential (to the same end) are both standard.

To ensure your friends know you paid more for your Porsche than they did for theirs, GTS models come with unique front and black-tinted rear aprons, with wheels and various trim bits also in black. Just enough differentiation to be noticeable, not so much as to be showoff-y or garish.

Inside, Alcantara, an artificial leatherlike material that nevertheless looks and feels good, covers the seat centres, steering wheel rim, shift lever and armrests, and in the Cayman coupe, the roof lining. GTS logos adorn both seatbacks.

Virtually all purpose-built race cars are midengined — the engine is located between the axles. This lowers the “polar moment of inertia” — no, not how slowly you move when it’s really cold, but a measure of how quickly a car will rotate about its vertical axis.

This means optimum manoeuvrability, but unless properly managed, it can make the car twitchy in the twisties.

The Boxster/Cayman chassis has always been the best-handling Porsche, in my view, anyway, even if it means sacrificing the vestigial rear seat of the 911.

We had the opportunity to drive a Cayman equipped with the PDK transmission on the fabulous Ascari private race track near Rondo in southern Spain, and both manual and PDK-equipped Boxsters on the equally fabulous roads between Rondo and Malaga, literally within sight of Gibraltar. Yes, it is a tough life, but I stand up well under the pressure …

The extra power only knocks a tenth or two off the 0-100 km/h sprint time — it’s in the low-to-mid- four-second range, depending on transmission. Yes, the PDK automatic is faster.

But all Porsches, especially these cars, are not just about straight line speed. It’s the responsiveness of the engine, its eagerness to rev, the slickness and precision of the gearbox, the sheer joy these cars seem to have in going quickly, and the sheer joy they return to their drivers.

The handling is even more precise in the GTS variants. The cars seem to become extensions of your body, doing your bidding almost without being told.

Brakes — our track car and one of our two road rides had the optional bright yellow ceramic brake system — are like running into a massive mattress.

As composed as these cars are, you never feel like you are merely a passenger. They are truly involving automobiles. Seriously; why would anyone want a self-driving car when you could drive one like this?

The Sport Chrono package is standard on GTS, and among other things, allows you to keep track of your personal track driving progress by recording your lap times.

You can select from four drive profiles which modify things like throttle response and suspension firmness, depending on your hooligan quotient of the moment. The Porsche Track Precision App (PTPA; it seems every Porsche feature has a four-letter code name) lets you analyze this data via a compatible smartphone.

A push button on the centre console opens flaps in the exhaust system which may not make you go any faster, but it sure sounds that way. Speaking of, the exhaust note might be the only thing one could reasonably criticize about this car. A four just doesn’t sound as good as a flat six, even if it is faster.

A seemingly confirmed rumour has it that Porsche will build a limited run of Boxsters next year with the 4.0-litre naturally aspirated flat six. Yummy; can barely wait.

Overall, Boxster GTS and Cayman GTS are about as close to the ideal track/road car you can buy. 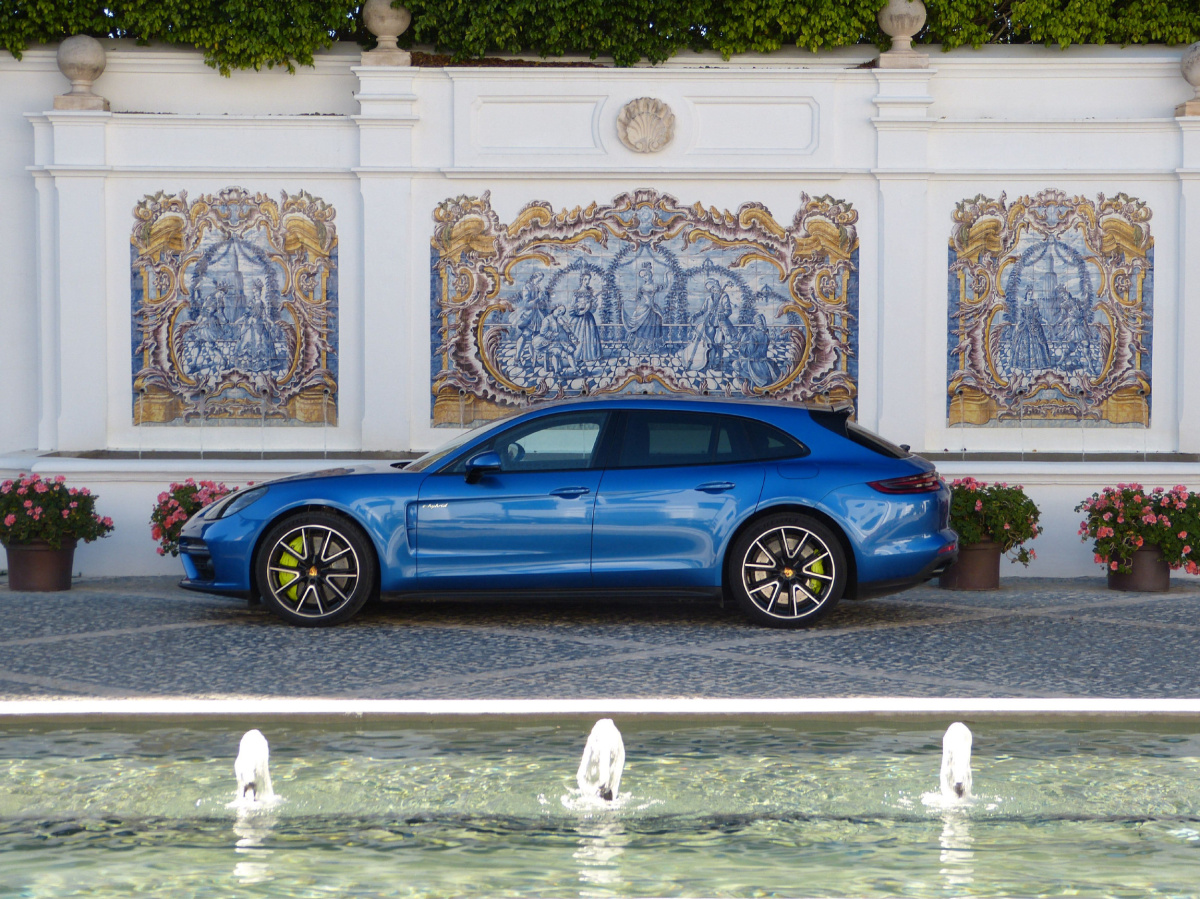 As we discovered on the Island, the Panamera Turbo S’s twin-turbo 4.0-litre V8 engine mated to Porsche’s electric motor system buried within the eight-speed PDK manumatic transmission offers a total of 680 hp and 626 lb-ft of torque, sufficient to propel this big car from rest to 100 km/h in 3.4 seconds, and to 200 km/h (as if, in Ontario …) in just 8.5 seconds.

The electric motor component can be used to propel the car by itself for up to 49 km at speeds up to 140 km/h (although not both at once) or to boost the power in combination with the engine.

You will need to spend several hours with the owner’s manual to learn all the various ways you can manage the electrical energy.

But it has an official European fuel consumption rating of some three litres per 100 km — not that you will likely ever achieve that — so that might be how you sell the idea of buying the car to your spouse.

“Look, honey, at all the fuel we’re saving!”

One issue we discovered in B.C., in the Turbo S E-Hybrid sedan which remains in the Sport Turismo — if you are cruising along at, say, 75 km/h and hammer on the loud pedal, it can take what seems like an eternity for the car to shake off the cobwebs and get going.

First, the transmission downshifts two, three, maybe four gears. The turbos spool up, and the electric gubbins awakens. By hand-held stopwatch measurement, admittedly not the most accurate, this all took in the order of two to three seconds before the car started its rocket launch down the road. By that time, that Diesel VW has already blown by you.

Sure, you’ll catch up quick. But in a car that costs over $200,000, it seems — well, downright unseemly, just to be able to go a few clicks on an electric motor. I mean, if you want to drive slowly, there are lots of less expensive options. But Porsche is in the process of trying to be as many things to as many potential customers as it can.

I get it — the company would not likely have survived if they continued to build only some 20,000 911s a year like they did a couple decades ago.

So, I guess I have to thank those people who are buying Porsche trucks weighing darn near 3,000 kilograms, and who will buy hybrids that cost a quarter mill, because without them, we probably wouldn’t have cars as great as the Cayman GTS and Boxster GTS. 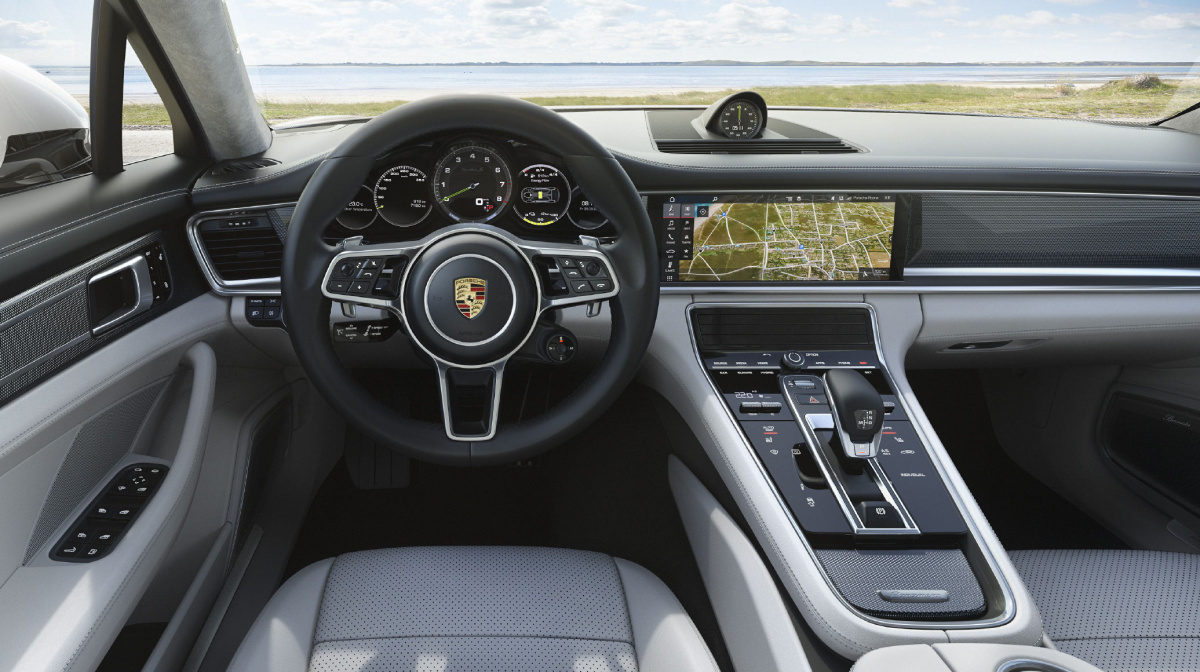 WHAT’S WORST: Engine sound a disappointment, but only if you have driven a flat six before.

WHAT’S INTERESTING: The most fun Porsche to drive isn’t the fastest one you can buy.

FUEL CONSUMPTION, Transport Canada City/Highway, L/100 km: TBA. Premium unleaded fuel, and as many volts as you can find.

COMPETITION: Probably the closest might be the Lexus LS 500 Hybrid sedan. But hybrid engine apart, it isn’t all that close.