G-Class in its natural environment

The 2016 G550 has a unique body style that reinforces its exceptional off-road capabilities, that can take its occupants just about anywhere.

The Mercedes G-Class hasn’t changed much since it first went into production nearly 40 years ago.

There have been slight modifications to the body and luxury has been added to the interior, but the G-Wagen (Gelandewagen) still stays true to the original concept of being a truly utilitarian truck that can take its occupants just about anywhere. 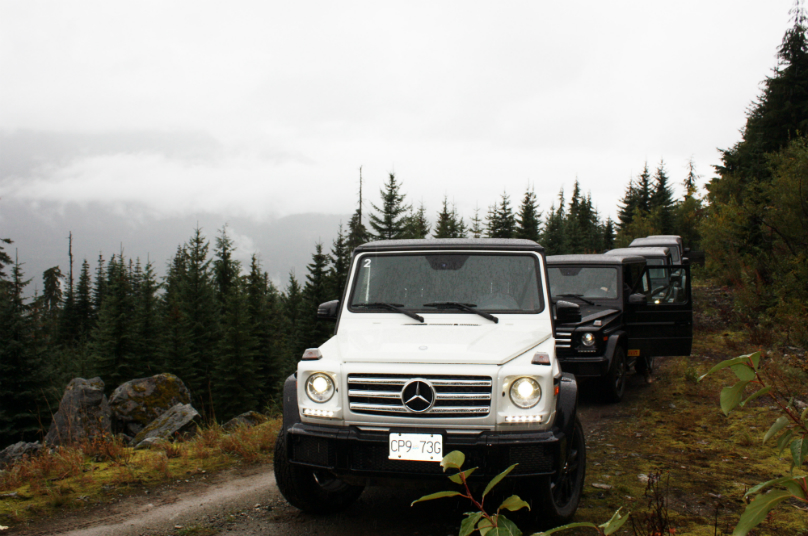 Today, however, it’s more likely to see the G-Wagen driving around the urban jungle’s designer store-lined streets rather than in the countryside doing what it was initially intended to do.

You May Like: Why I Love My Car: Land Rover Defender a gateway to adventure

With this in mind Mercedes-Benz recently held a G-Class Experience in Whistler, BC.

The program is usually held in Austria twice a year, but this year the company decided to give it a try in some of the most beautiful, but off-road challenging, countryside in North America – if not the world.

Owners, prospective owners and sales staff from as far away as Mexico and Poland were invited to participate in what can only be described as a true test of the G-Wagen’s off-road capability. 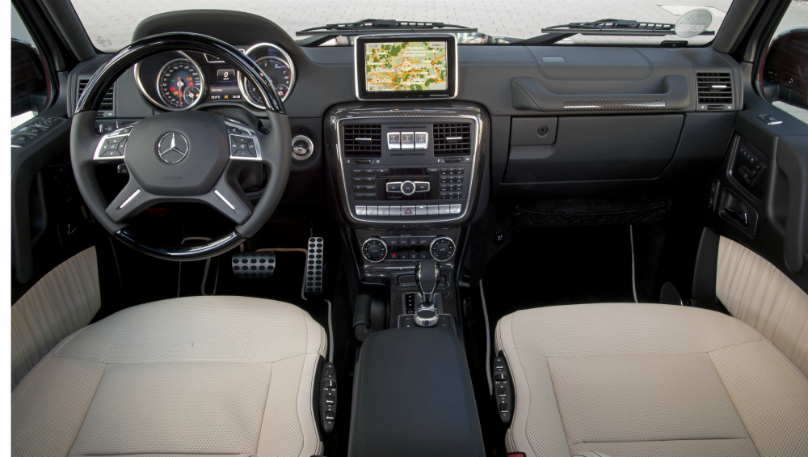 I drove the G550 equipped with the new 4.0-litre, twin-turbo V8 that pushes out an impressive 416 hp, and as I was to find out later, an even more impressive 450 lb/ft of torque. The engine is married to a seven-speed automatic transmission.

The interior, while basic, is still as luxurious as you would expect to find in any Mercedes.

Most of the electronics are controlled by the Comand system through a central controller and displayed on a freestanding seven-inch LCD screen.

The test car had been liveried with the upgraded Designo leather seats and cabin trim. It also came with the optional suspension active dampening system.
The G-Class still commands attention and has road presence. It’s big, bold in your face styling and the fact there isn’t anything like it on the roads anymore adds to its imposing stature. 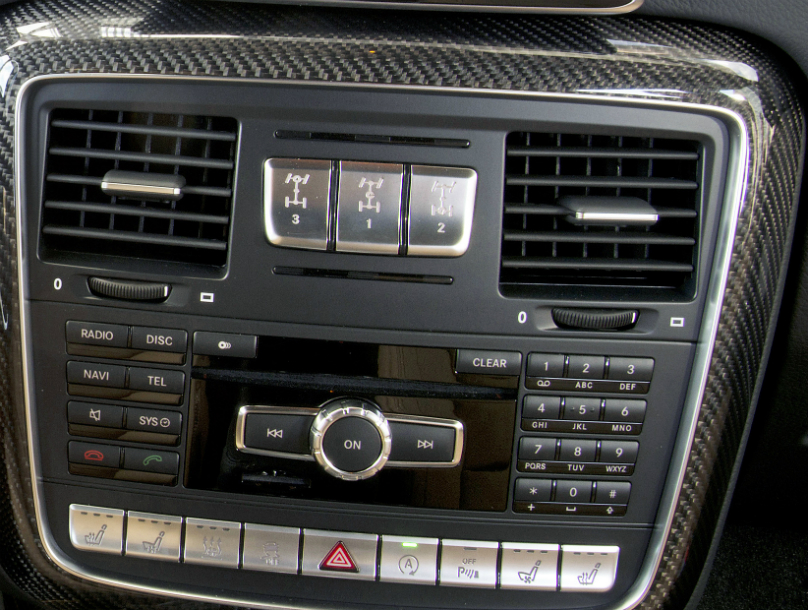 The throaty side exhaust makes sure that if you didn’t see it you surely heard it.

While I didn’t drive it much on regular roads I did think the gas pedal was overly heavy and the steering stiff and required some arm work to get it around corners. I was expecting quite a lot of wind noise. While noticeable it was not intrusive.

Once off paved roads the vehicle comes into its own. It is equipped with an all-wheel drive system with three locking differentials (front, centre and rear) and a transfer case with low range. 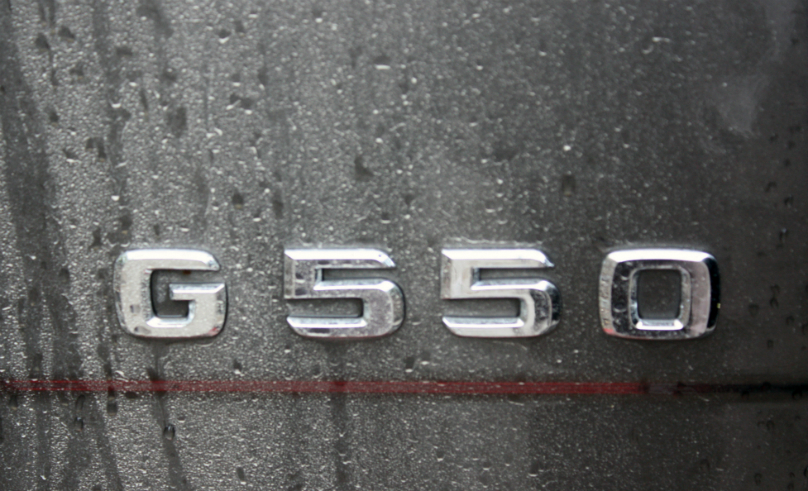 Engaging it is as simple as pushing a button. This not only changes the gearing it turns off all electronic driving aids – traction control and anti-lock brakes. At the start of the off-road drive we were instructed to lock the central differential and headed towards the top of Sproatt Mountain.

At approximately 1,524-metres, a climb like this is no mean feat without the wet and cold weather encountered on the route.
We started off on a fairly flat dirt road riddled with potholes. When moving at speed the suspension handled these divots with ease and there was little wheel vibration or judder even after encountering a series of them in a row.

Once we turned off this track we locked the rear differential for some added traction and headed upwards, and I mean up. 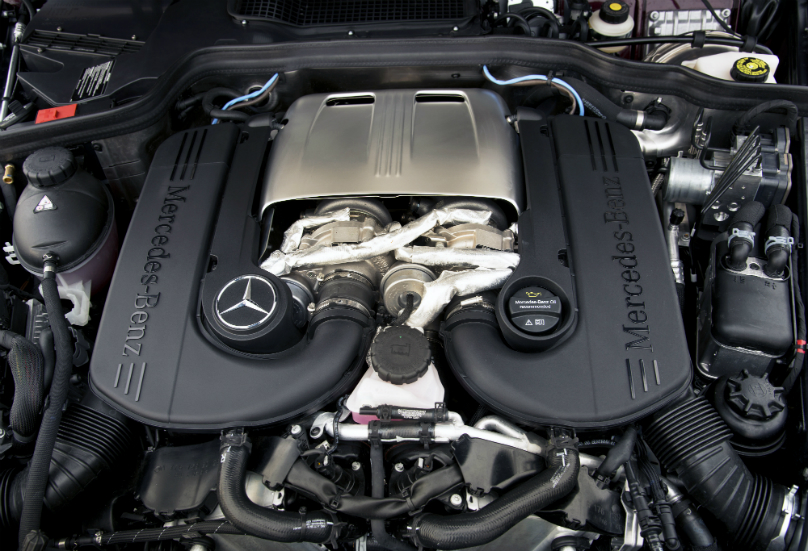 The trail became tighter and the incline started to increase dramatically. In several spots we had to have spotters guide us through some of the tighter obstacles.

What did amaze me was the articulation of the axle and suspension.

For a high-sided vehicle, the suspension controlled the pitch of the body with ease, keeping it in as much of an upright position as possible.

You May Like: The World’s Longest Road Trip, Gunther Holtorf’s 23 Year Adventure

The axle articulation was highlighted when following another G-Wagen. I could see one wheel pushed way up into the wheel well, as the other stretched downward looking for the ground. 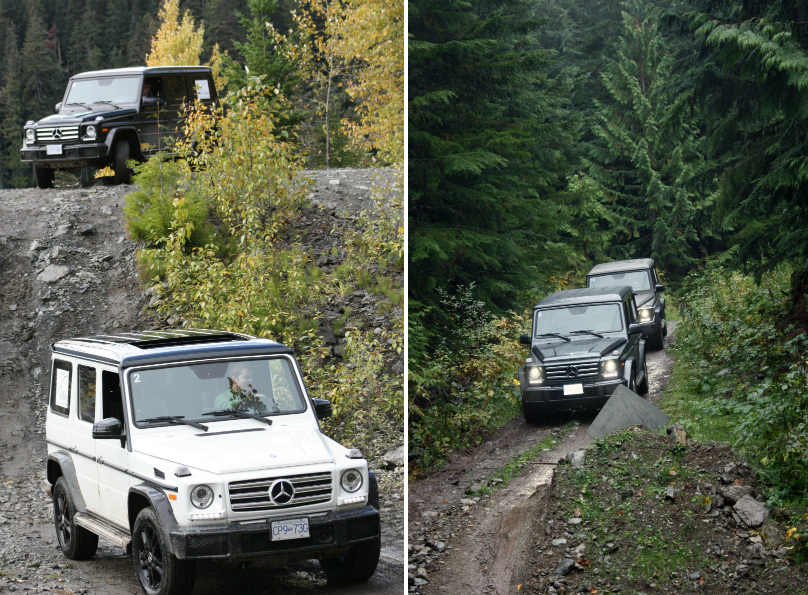 We continued upwards and just when you thought you couldn’t possibly go up anymore of an incline the mountain trail got steeper. No problem, we still had another differential to lock.

When the front differential is locked it makes the steering almost impossible, but the extra grip was what was needed to get us up the final couple of hundred metres. Climbing the side of a mountain proved just how capable the G-Class is even in appauling conditions.

It is tough, rugged and more than capable of handling just about any type of terrain thrown at it, and it manages this without giving up on luxury.

Indeed, most G-Class owners will only ever experience a very small proportion of its true ability. 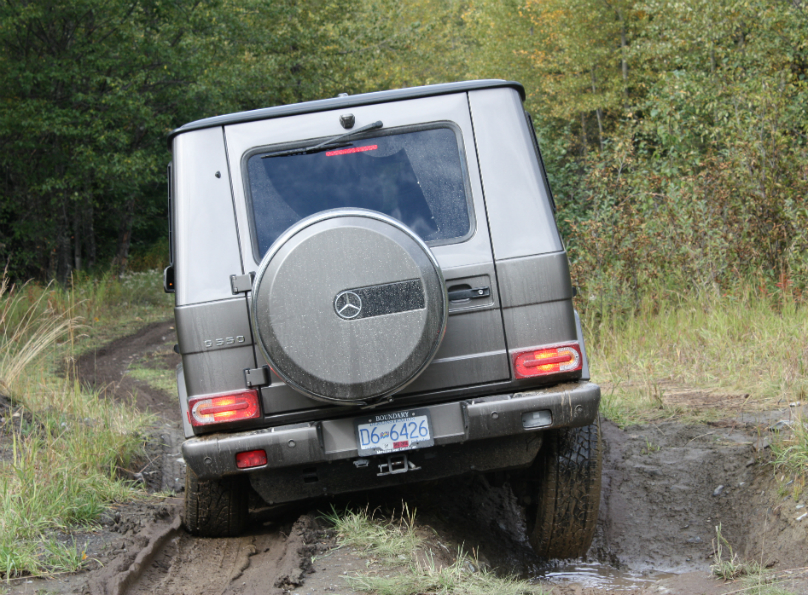