The 2017 Ford Edge returns to its birthplace, seen here in Titanium trim and with some new-for-2017 cues - Burgundy Velvet paint and unique 20-inch polished wheels - posing in front of Ford’s Oakville headquarters.

I squatted down to check the door sticker.

It’s hard not to feel an affinity for Ford’s Edge because, as the maple leaf on the sticker testified, my 2017 Titanium tester had been built just down the road, practically in my neighbourhood, at the Oakville Assembly Plant.

According to that label, this model had rolled off the production line in December, probably one of the last of the nearly 2.5 million or so vehicles built collectively by Canadian manufacturers in 2016.

The Edge has grown in popularity since its 2007 model year launch, to the point where it has become almost ubiquitous on Canadian roads. And a recent global push now has the Edge shipping to over 100 countries.

This five-passenger, mid-size crossover sits squarely in the middle of Ford’s CUV/SUV lineup, between the Escape and larger Flex, Explorer and Expedition models.

The Escape may be the best-seller of the bunch, blending compact crossover appeal with the kind of affordability Canadians crave, especially when compared to bigger budget American spending habits.

But the Edge offers a family-friendly step up to more mid-size accommodation, with 82 mm (3.2”) more rear legroom than the Escape, about a 15 per cent increase in passenger volume, and with 1,111 litres of cargo space or 2,078 litres with the second row folded forward, compared to the Escape’s 964 litres/1925 litres combination. 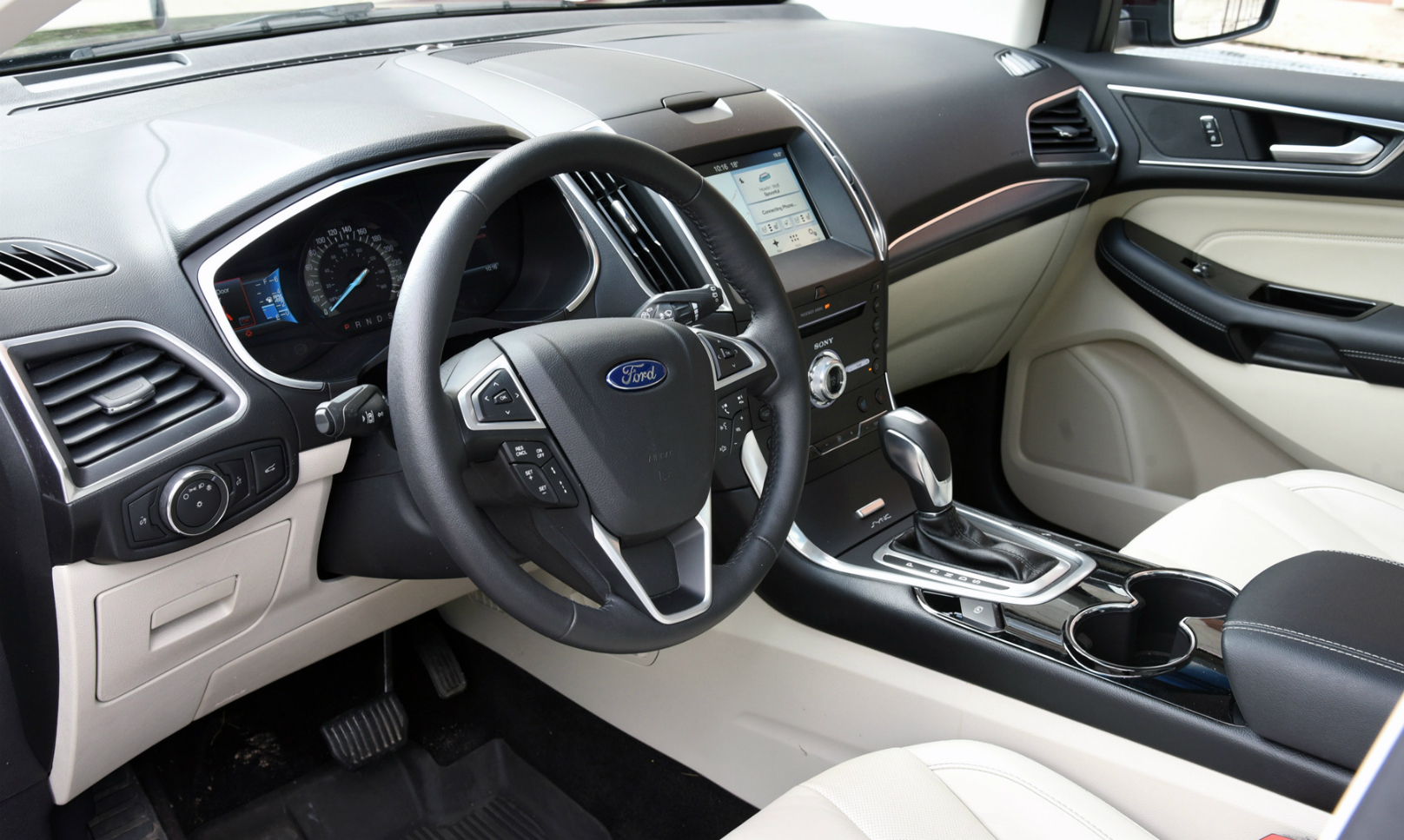 Under the hood, a three-engine selection starts with a standard 245 hp 2.0-litre EcoBoost turbo four-cylinder. A bigger 280 hp 3.5-litre Ti-VCT naturally-aspirated V6 ($500) is an optional offering in SEL and Titanium models, while a 315 hp 2.7-litre EcoBoost turbocharged V6 tops out the power rating in the Sport model.

Power is translated through a six-speed SelectShift automatic, along with front-wheel drive (FWD) or all-wheel drive (AWD), a $2,000 option in SE, SEL and Titanium, standard in Sport.

With that already winning formula, bolstered by a long list of standard or available equipment, the Edge carries over relatively unchanged for 2017, except for four new colours, a new wheel choice, and a cold weather package with front and rear floor liners and a heated steering wheel, an addition that is quickly becoming a de rigueur standard-issue item in this country.

This particular Ford Edge Titanium displayed all of those additions – a Burgundy Velvet shade of metallic tinted clearcoat paint, the cold weather package among other add-ons, and the new 20-inch polished aluminum wheels that were added to the Titanium trim this year.

Our tester starts off modestly enough with the standard 2.0-litre EcoBoost engine, a willing twin scroll turbocharged four-banger that does not disappoint, its 245 hp and 275 lb/ft of torque boasting enough moxie to muscle you up to speed quickly and also offering a 1,588 kg (3,500 lb) tow rating.

And while those power numbers were achieved under premium octane testing conditions, I’ve always liked the fact that Ford’s EcoBoost turbos allow for the use of regular fuel.

This engine comes with Auto Stop/Start but only in the base SE FWD configuration. Our Titanium/AWD combination, without that technology, is rated at a marginally thirstier 11.9/8.6L/100km (city/hwy).

When I picked up the vehicle, I noticed the historical average for the previous 1,000 km trip was 11.1L/100km. After filling up and zeroing, I did a little better in mixed driving, earning 10.5L/100km (comb). 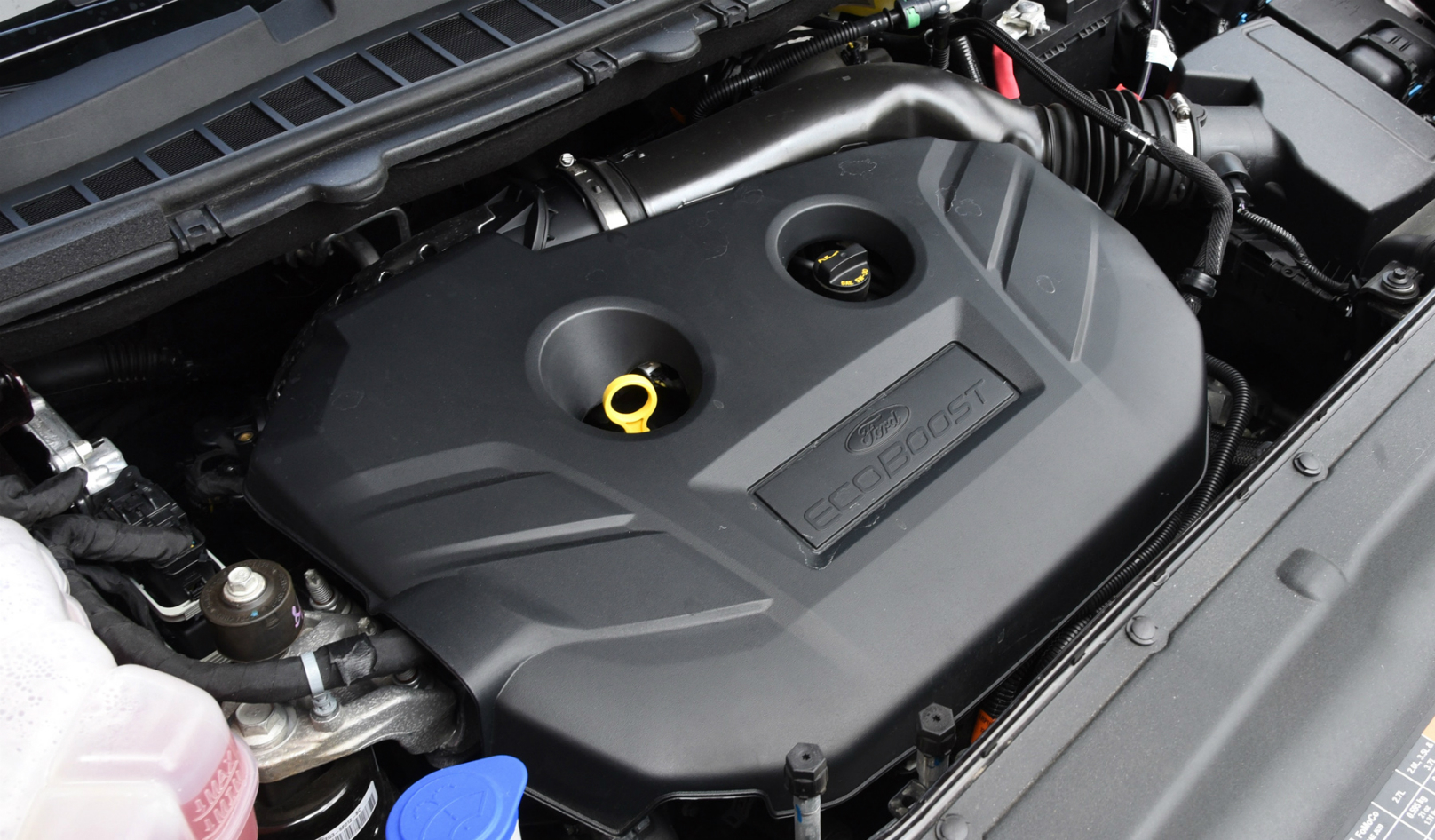 Inside, the Edge is roomy and comfortable for five passengers and their luggage, and the fairly inclusive Titanium trim level comes with a long list of dynamic driver assists and amenities, maxxed out here with over $10K worth of additional packages and options.

A final additional note – a recent addition to the Edge lineup – the new SEL Sport Appearance Package – with dark-accented cues and unique wheels bumps up the brand’s fashion statement but, even without major revisions for 2017, the Edge remains a fairly current product. 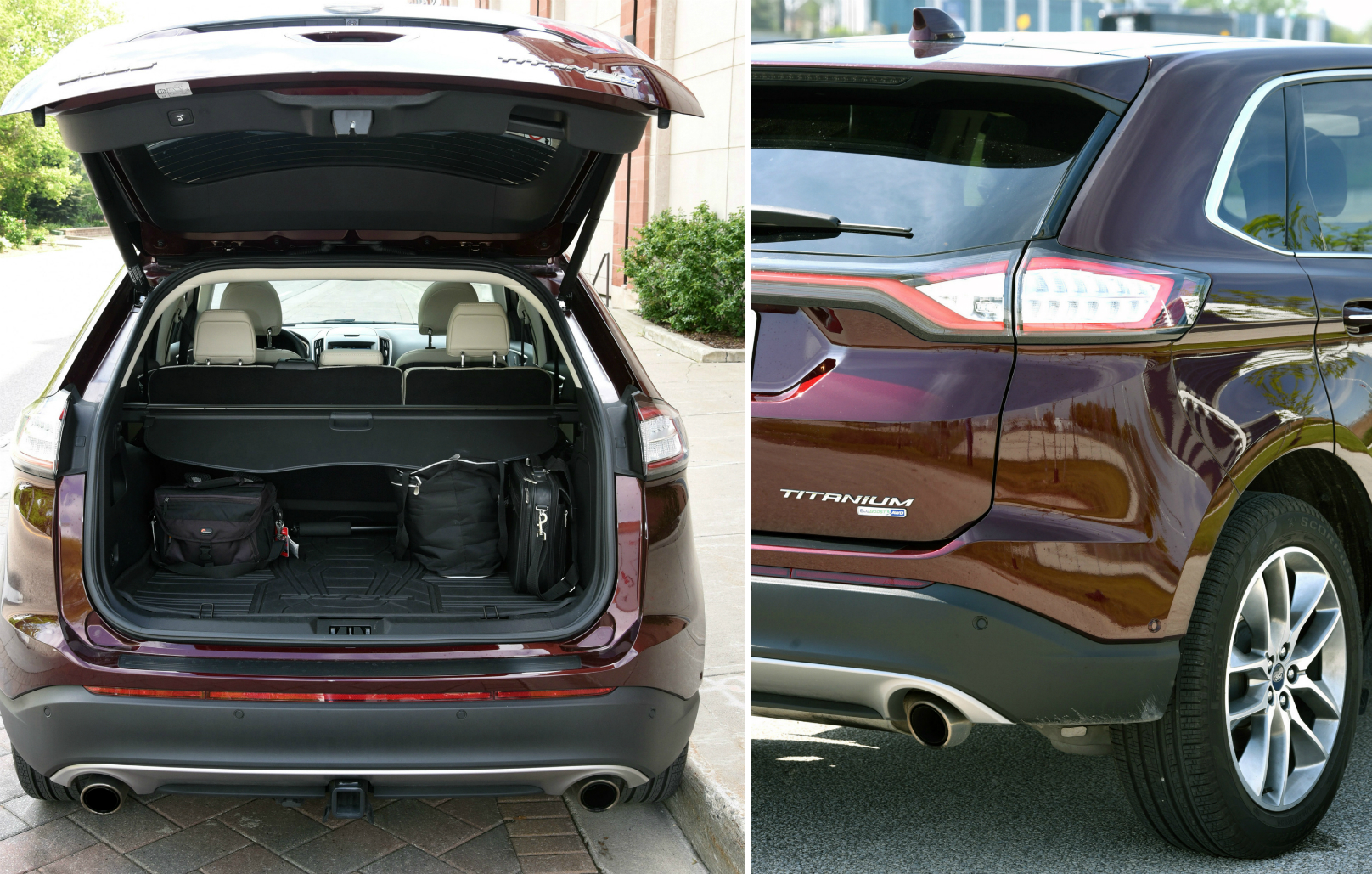 So, odds are the following 2018 model should also carry over without any major changes, although there are rumours of possible engine upgrades, maybe a nine-speed transmission.

But, in the meantime, our 2017 Titanium tester is just one flavour of a lineup with a wide range of crossover choices designed to fit most budgets.

And with the latest in driving assist technologies, comforts and amenities, it’s hard to resist noting Ford’s Canadian-made “Edge” over the competition. 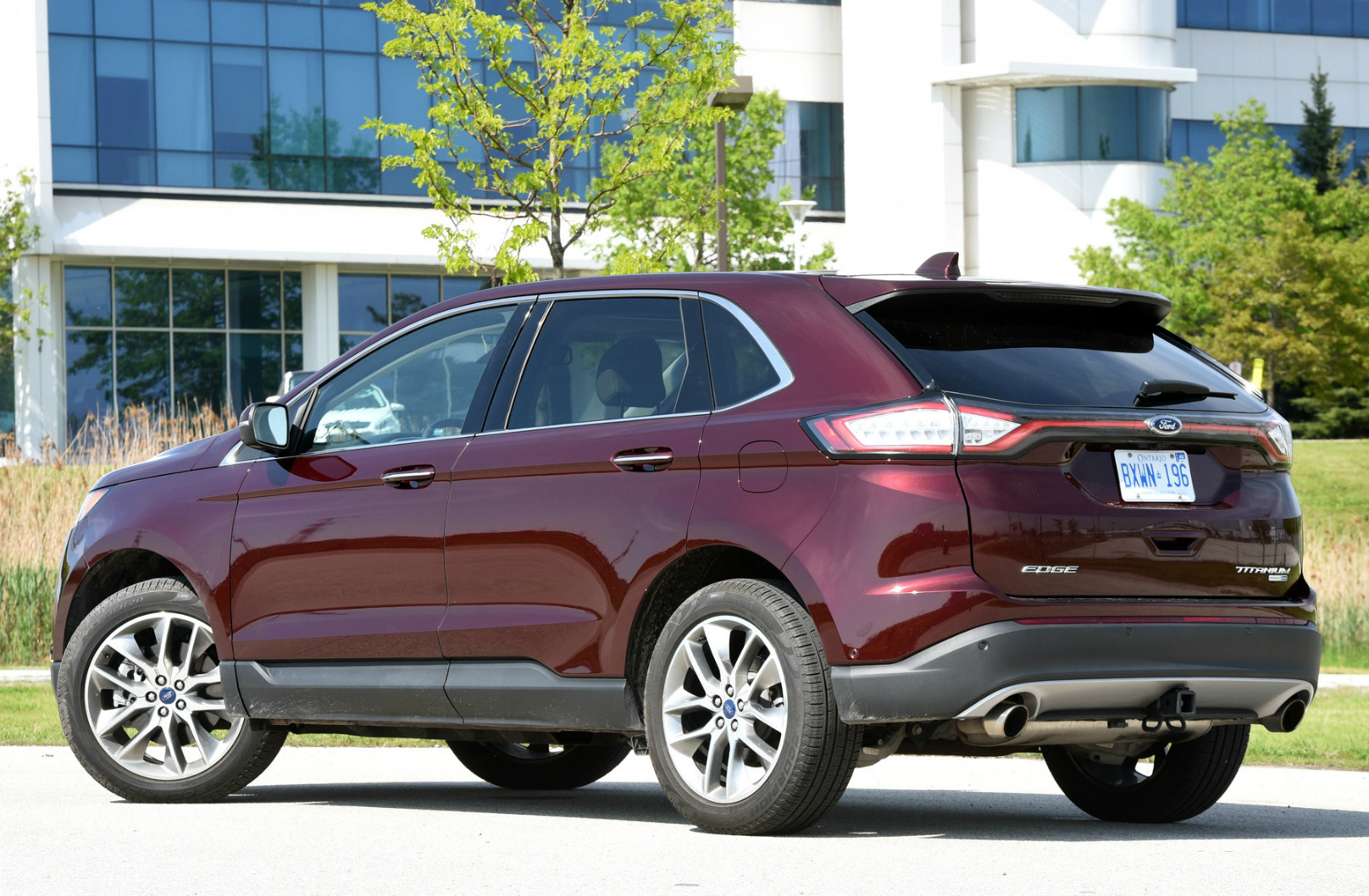