Travelling two hours north of Montreal in late February to drive two of Ford’s most popular high performance vehicles seemed sort of crazy, but fun. Here’s the lineup ready for action in the snow.

Especially with the temperatures dropping and snow already packed into the already rough roads.

Ford had taken a group of us to Mecaglisse Motorsport Park to put the new 2017 Focus RS and F-150 Raptor through its paces.

This wasn’t your run of the mill test. This drive was to prove a point – that high performance vehicles can handle anything a Canadian winter can throw at it.

Under the tutorage of some of Quebec’s best performance driving instructors we were encouraged to push both the RS and Raptor to a level that I was certainly not accustomed to nor would I ever normally dare push so hard under such weather and driving conditions.

First up for me was the Focus RS. I drove this little monster late last year, but I didn’t have the chance to really push it. 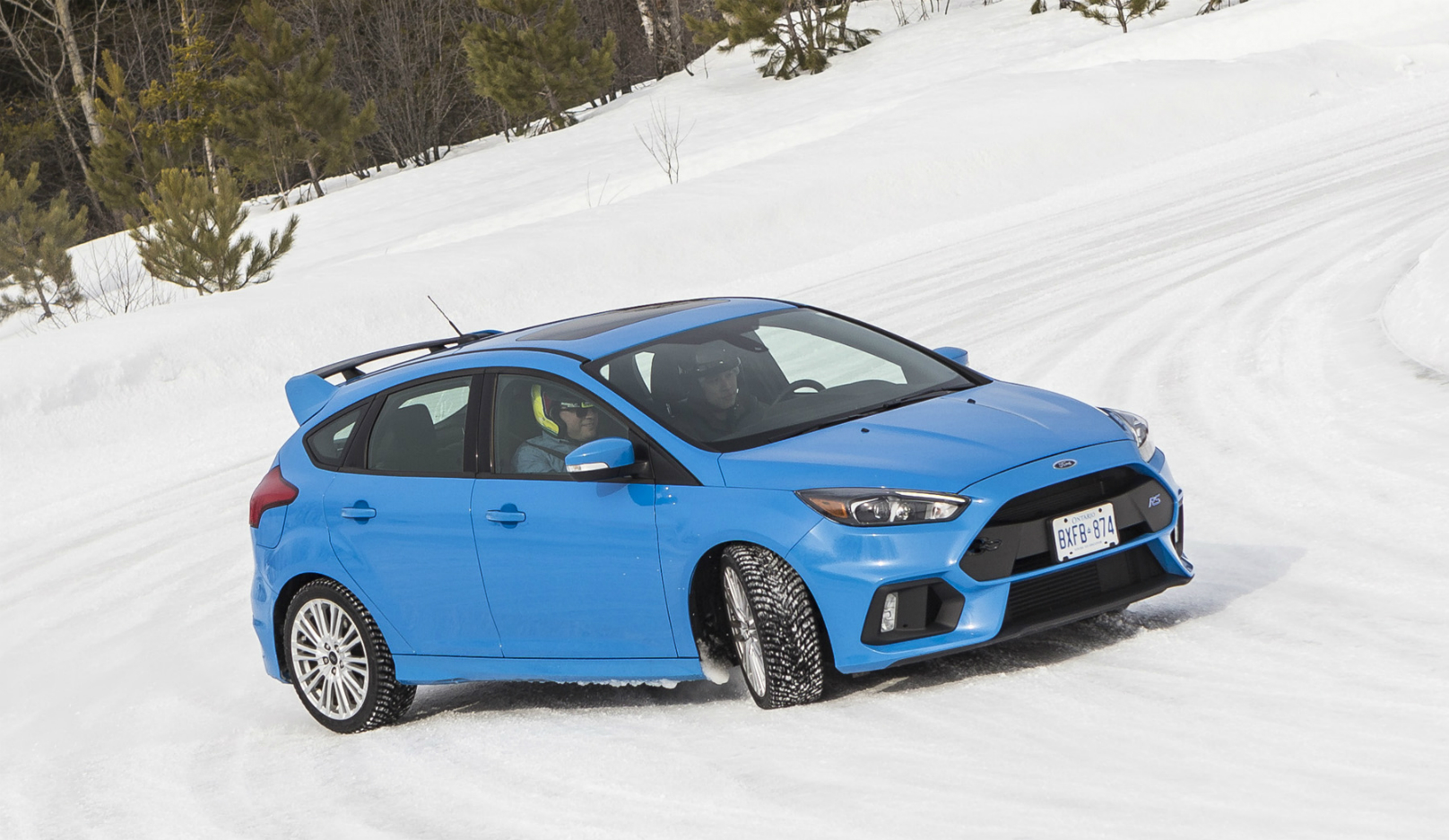 Little did I know, at the time, that the first time I got to really push it would be on an ice covered racetrack with a number of obstacles added to make all that little bit more challenging.

The RS’s 2.3–litre turbocharged four-cylinder engine pushes out 350hp and 350 lb/ft of torque, which is a rather daunting amount of power to put down especially on ice.

The RS has four different drive settings, but for this exercise we were to be keeping in the crazy – Drift Mode. While on the ice we were to be using stud-laden tires that would assist with what little traction was available.

I was really surprised at how quickly the RS took off and especially when pushing it into corners. Just when you thought the car was about to loose traction and break free the intricate all-wheel-drive system would kick in and pull you back in line. 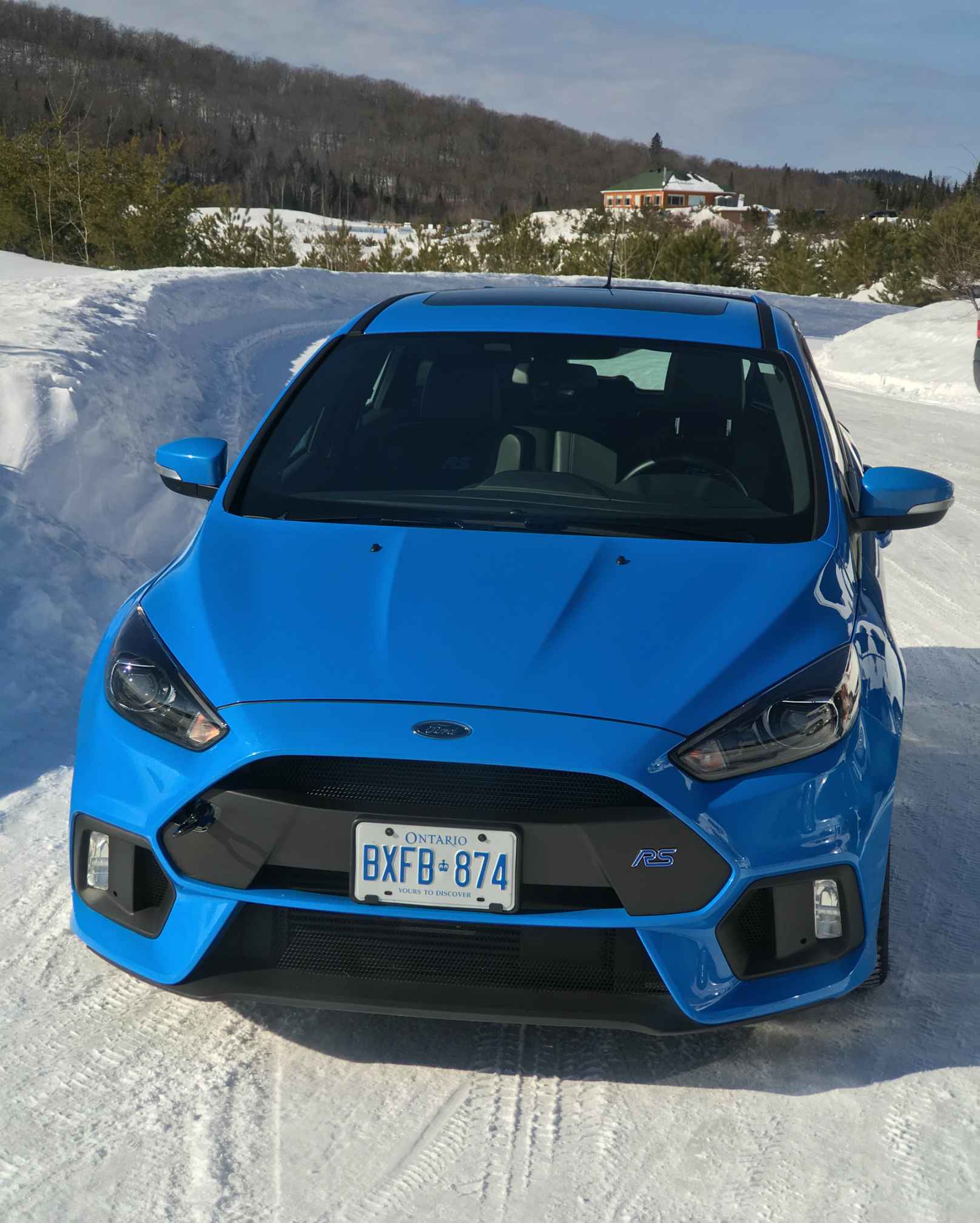 This system doesn’t rely on front and rear differentials, but on its new torque vectoring system. Two clutches at the rear axle allow up to 70 per cent of the power to be sent to one wheel or it can act like a limited slip differential. Beyond this ability, it dabs the brake on the inside rear wheel to reduce understeer and keeps the vehicle on track.

Driving on the ice was the best demonstration of the system, it built confidence in the RS and did encourage me to push it that little bit harder.

Once off the ice I was put into another RS fitted with the winter tires that come as part of the regular package.  Driving around local countryside was to prove the RS’s winter capabilities even more.

The roads were rough and partly covered with ice and snow making the surface even rougher than normal. Here is where it really proved itself.

It stuck to the roads with ease and handled the bumps and potholes in its stride.

The technology that has been poured into this car is remarkable, the way the drive modes adjust power, suspension settings and over all handling is incredible especially when married up to the six speed manual gearbox. 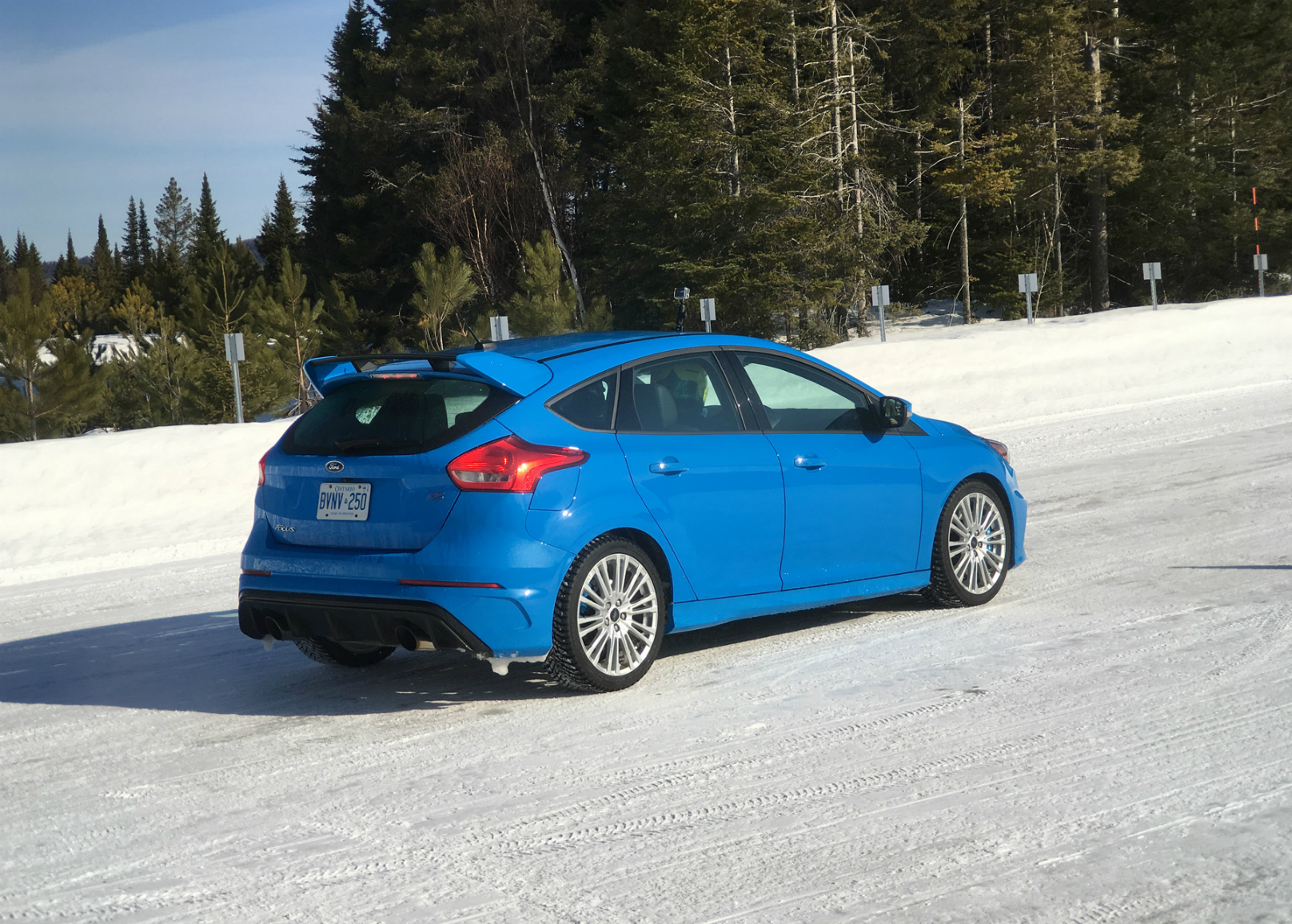 After the Focus RS experienced I was switched over to the F-150 Raptor.

Unlike the RS, this was my first time behind the wheel of the new Raptor and what a christening it was to be.

We were led out to a deep snow covered track that meandered through the tight wooded area around Mecaglisse. Again under expert instruction we were introduced to the nuances of the Rapture, the different mode settings and handling characteristics. 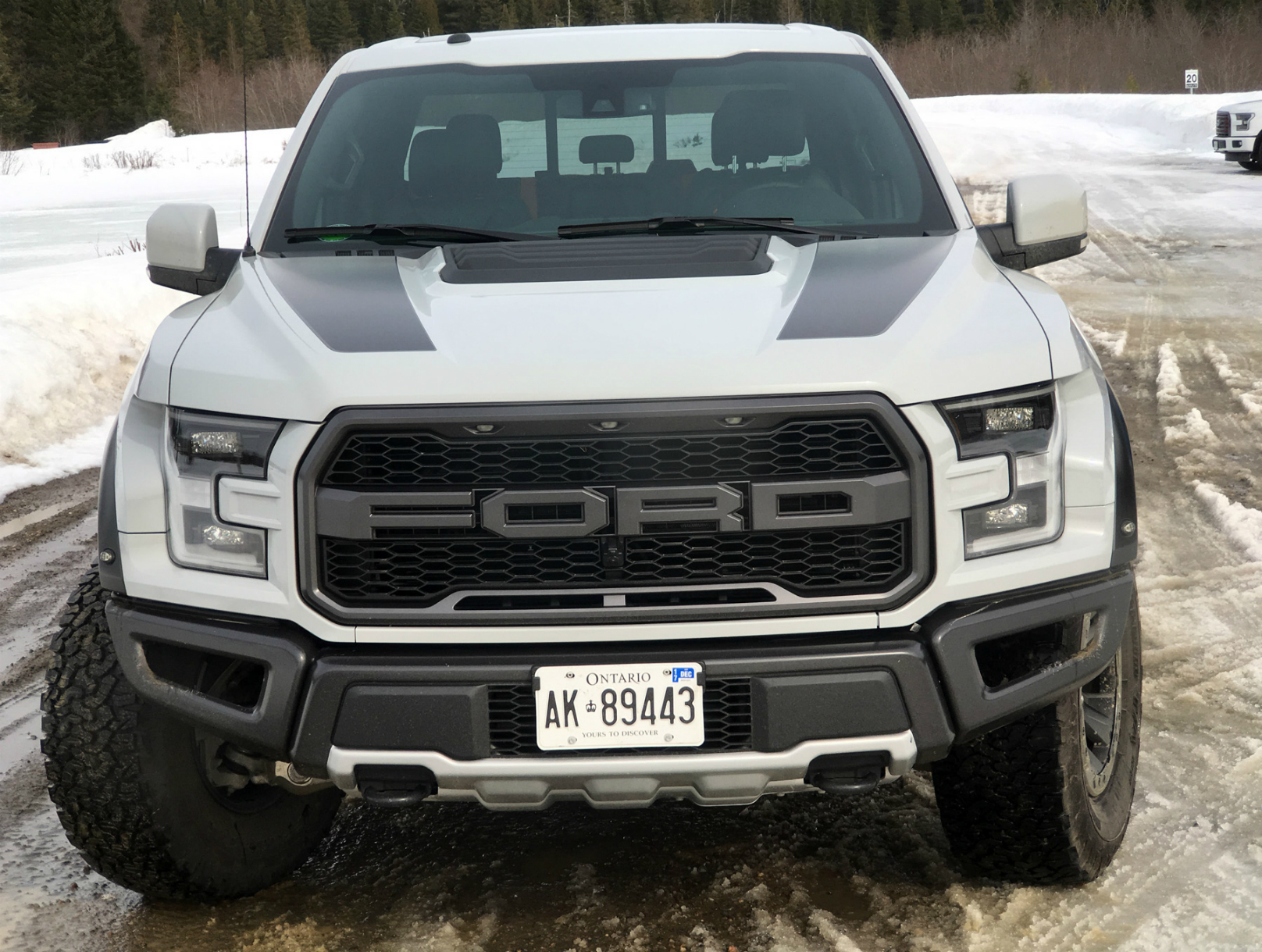 From the minute you press the start button on this beast you know it means business. Its heavily tuned 3.5 litre, EcoBoost V6 engine sounds superb when you mash the pedal and the vehicle response is just as aggressive.

The wintery off-road course we were on was tight and precise, but with the Raptor in Baja Mode, it made a breeze of the deep snow, holes and axle articulating bumps while keeping all on board comfortable and fairly stable.

The off-road prowess of the Raptor is incredible with every obstacle in its way traversed with ease. 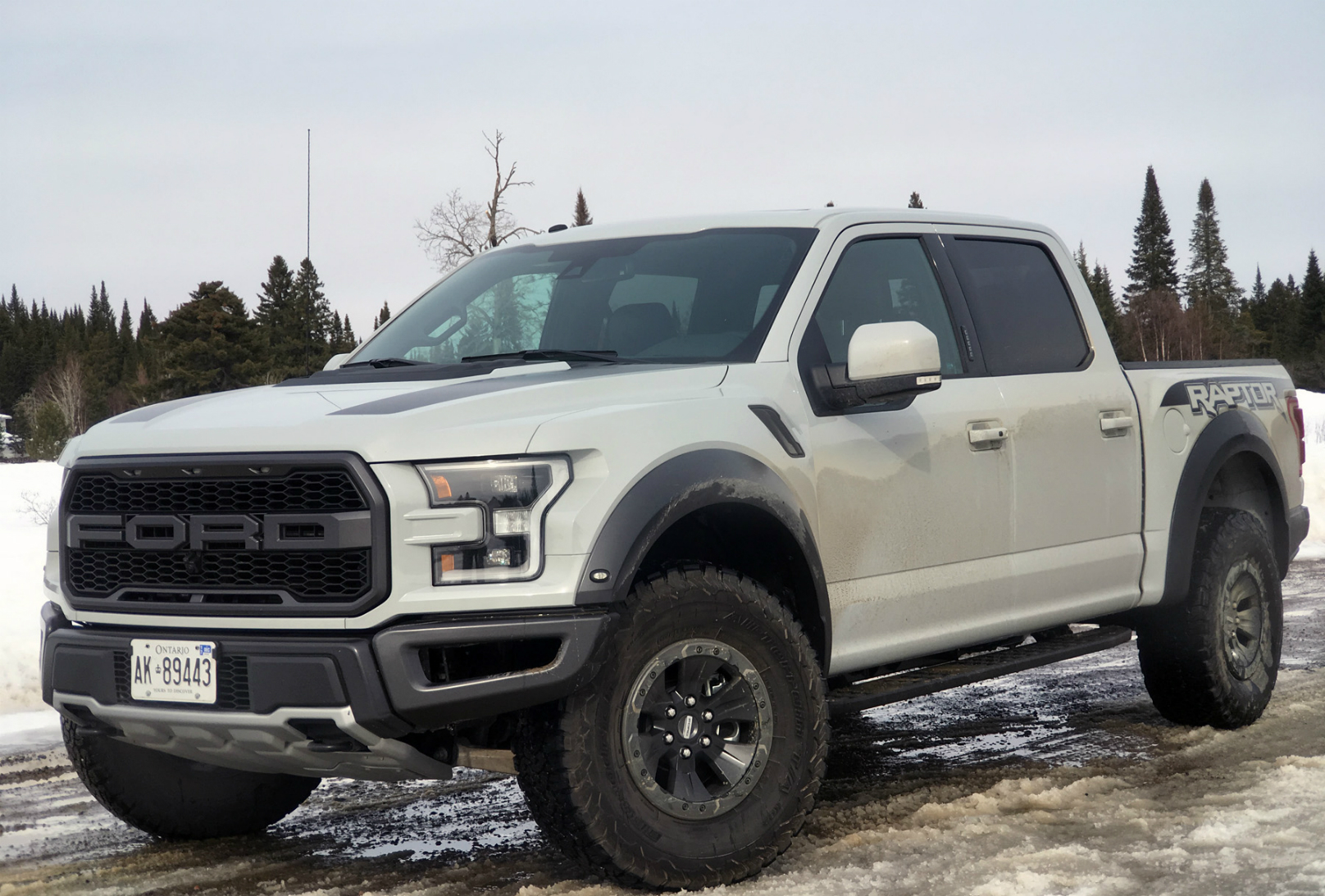 On road it is just as agile, the new 10-speed gearbox is super smooth and actually uses all 10 gears. Even with its higher body the Raptor stays flat in corners, even when being pushed a little more than it should be.

This program really opened my eyes to the capability of both the Focus RS and F-150 Raptor. Usually vehicles that are categorized in a niche market are seen as play things or boy-racer mobiles, but trust me both these vehicles are more than capable of roaring into winter, accelerating all the way through and still be as capable when the snow and ice have melted far behind them. 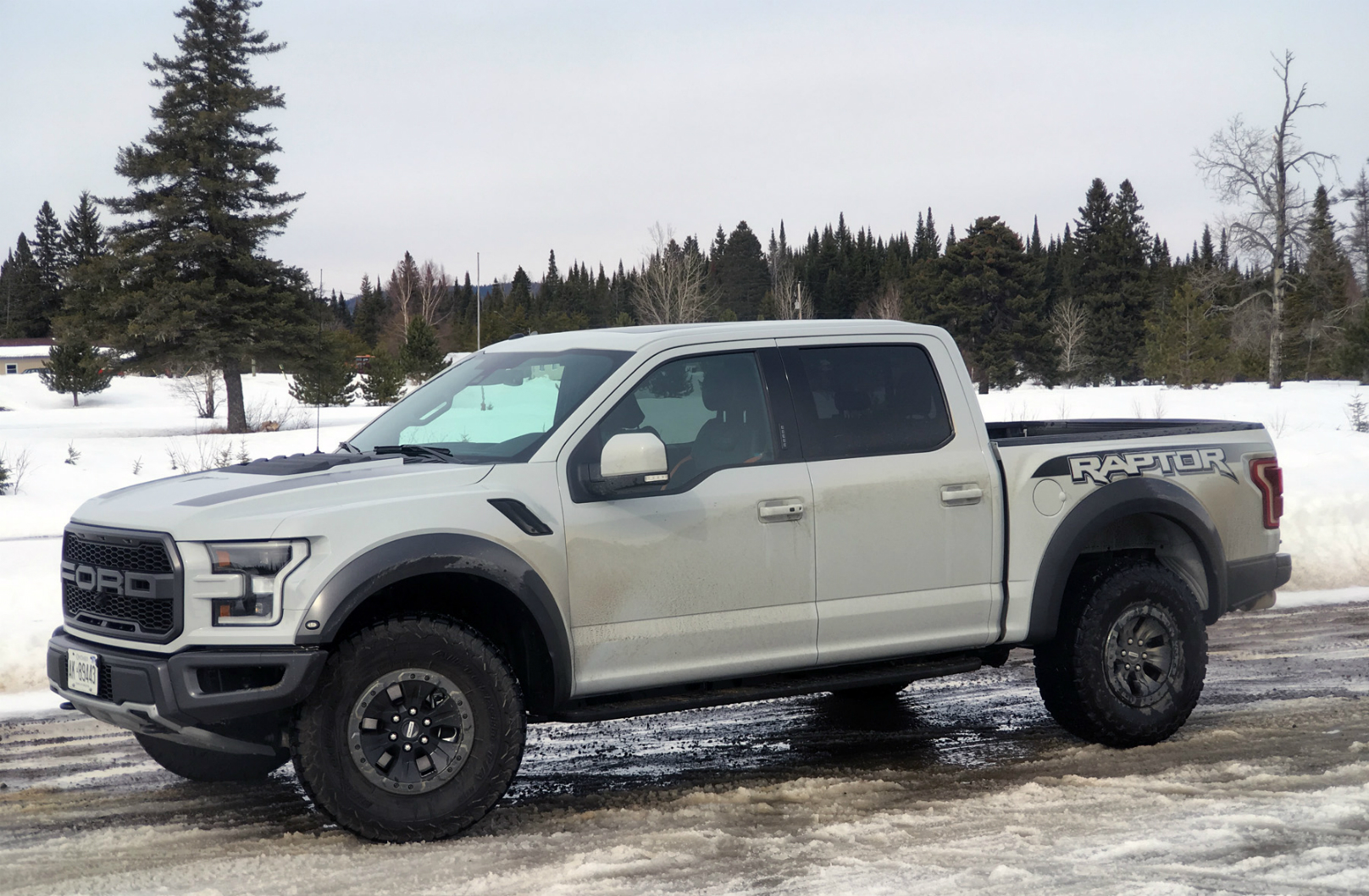