The 2017 Mazda MX-5 RF (Retractable Fastback) in GT trim has not lost its original fun-to-drive appeal after some 27 years.

It was in 1990 when I started the second longest relationship of my life.

With my good wife — the longest relationship in my life ‑ we went to visit my best friend in the world who I have known now for seven decades.

Since that time I’ve driven a Mazda MX-5 (they don’t call it Miata any more for some reason) for what is now 27 consecutive years, which must be some kind of record. 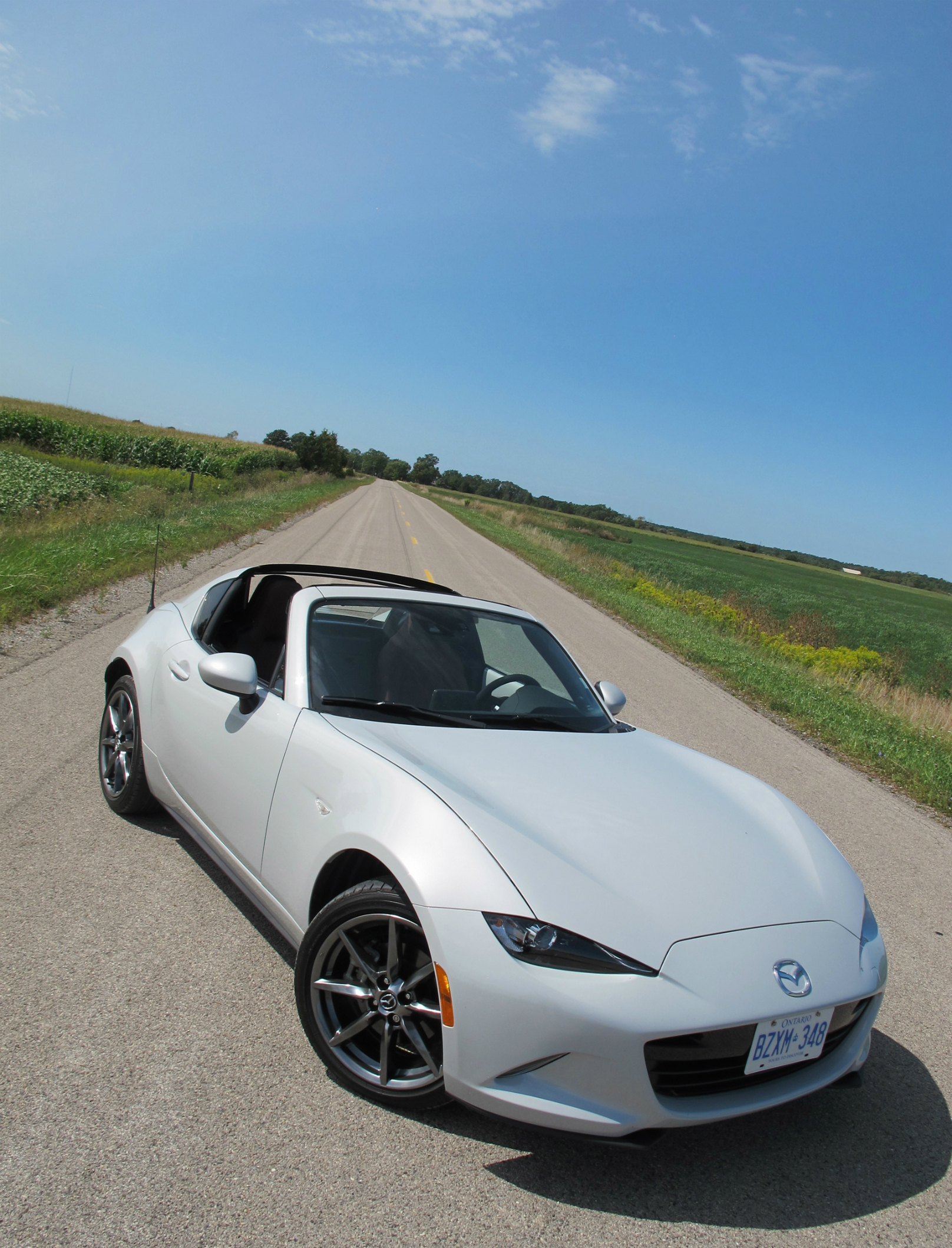 And again this year, my wife and I packed as much as we could into the 127-litre trunk of a 2017 MX-5 RF GT, the RF standing for Retractable Fastback and GT denoting it is the top trim level of the roadster and headed out to see my friend and his wife.

The 1990 Miata was quite advanced for its time with twin overhead camshafts, fuel injection and anti-lock braking, plus a cloth top you could erect or open with the sweep of one arm.

Back then we were just clawing our way out of the dreadfully tepid cars of the “Fuel Crisis” era where the concept of fun had been smothered by bureaucracy.

Then suddenly there was Miata, with its pop-up headlights looking like a playful puppy ready to have fun. 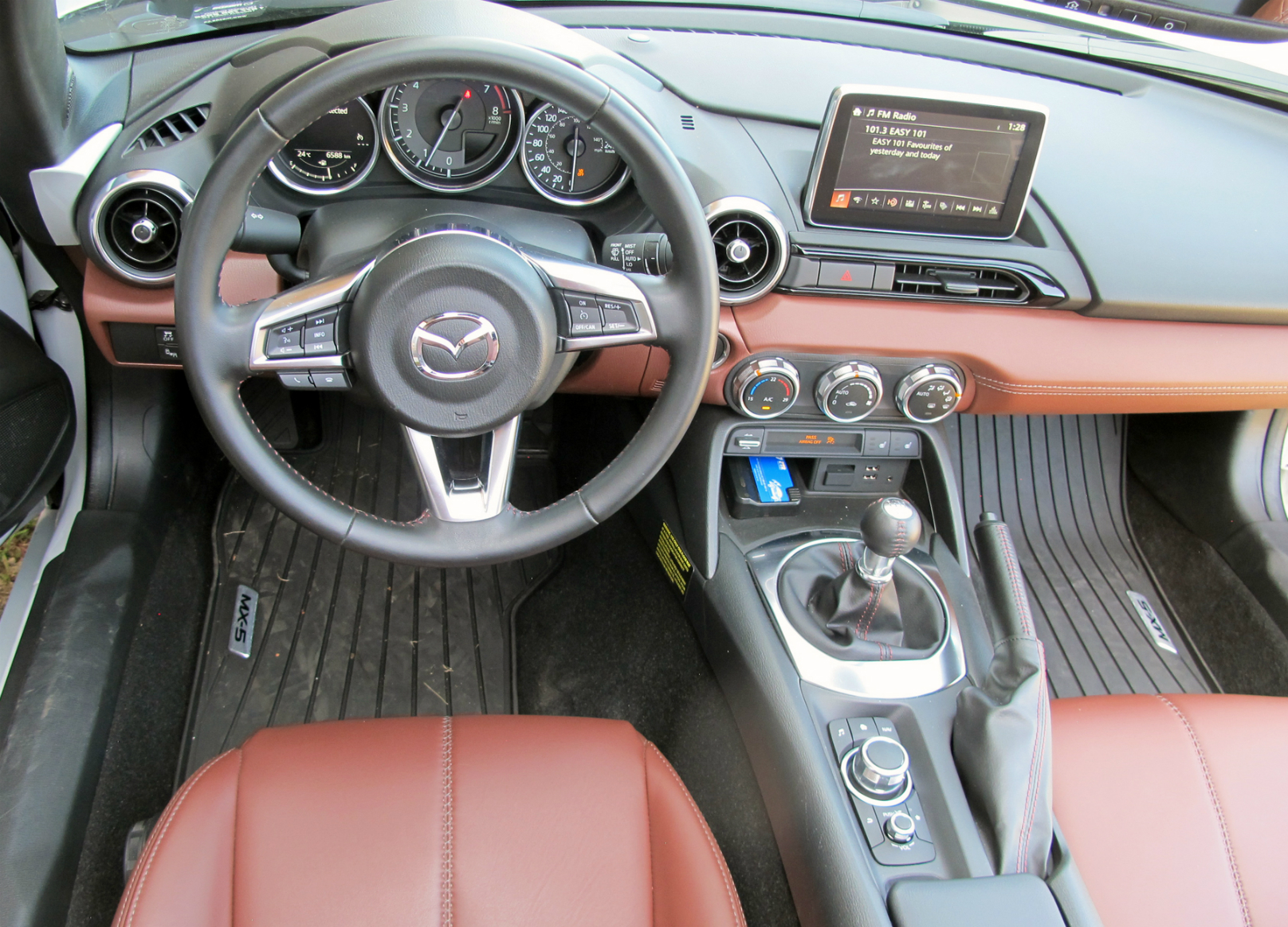 Never before or since in all the years I’ve been writing about cars did one garner the reaction of the first generation model.

People would slow down on the highway and take up an echelon position or they would walk up when it was parked and ask if they could just sit in it.

The RF GT tested here is much more technologically advanced compared to the first Miata, but the spirit is so joyously the same.

Now we have electronic stability control, traction control, ABS and Electronic Brake Force Distribution as standard on all trim levels. 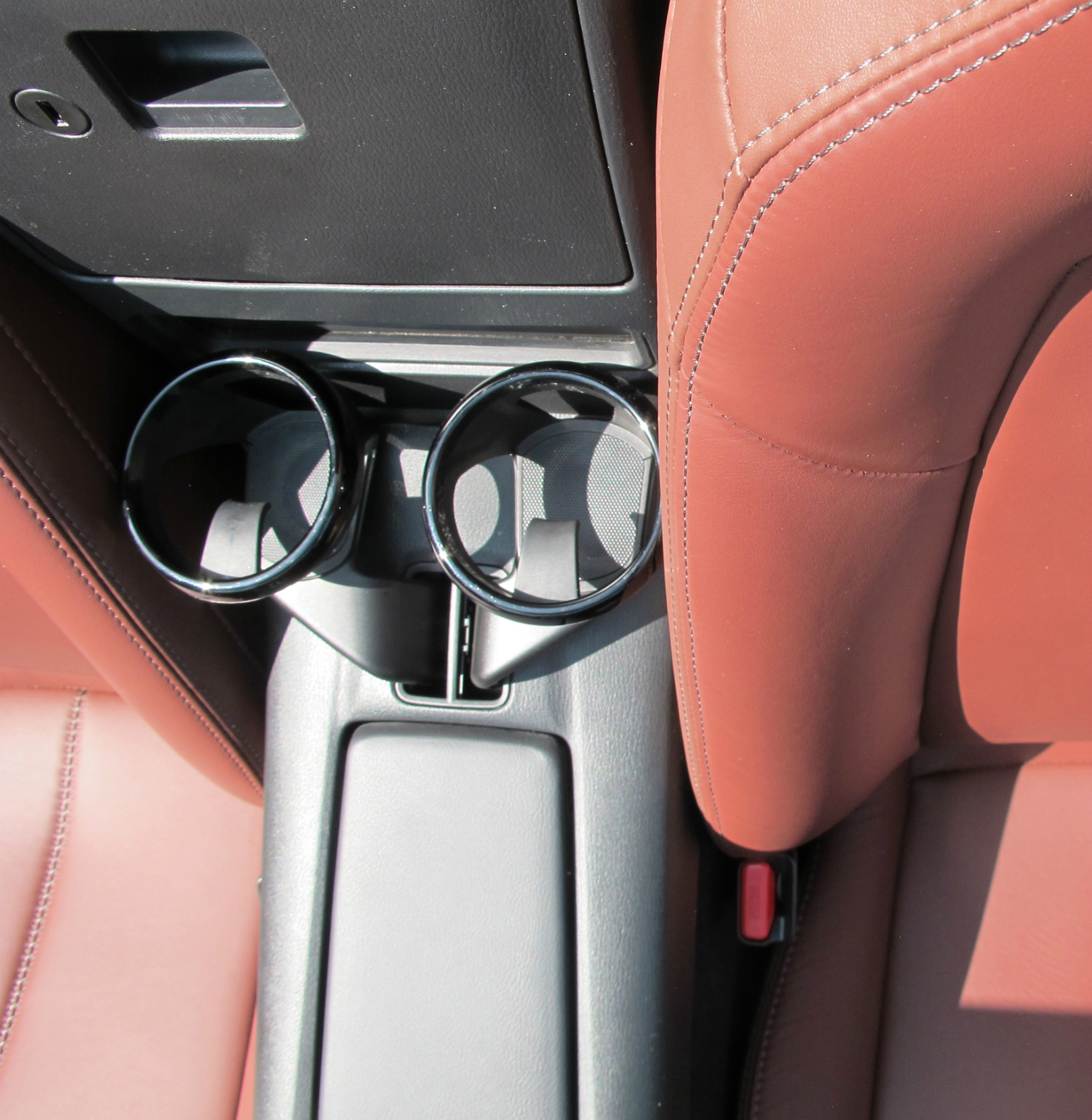 Power comes from a 2.0-litre twin cam inline four-cylinder engine with 155 hp and 147 lb /ft of torque with a six-speed manual or no charge optional six-speed automatic.

With the touch of a button, the motorized panels of the hardtop rise and then fold in on themselves, tucking into a recess behind the seats between the two rather large buttresses that act as support for the top when erect.

The lovely engine fires up on the button and settles quickly into a quiet idle. 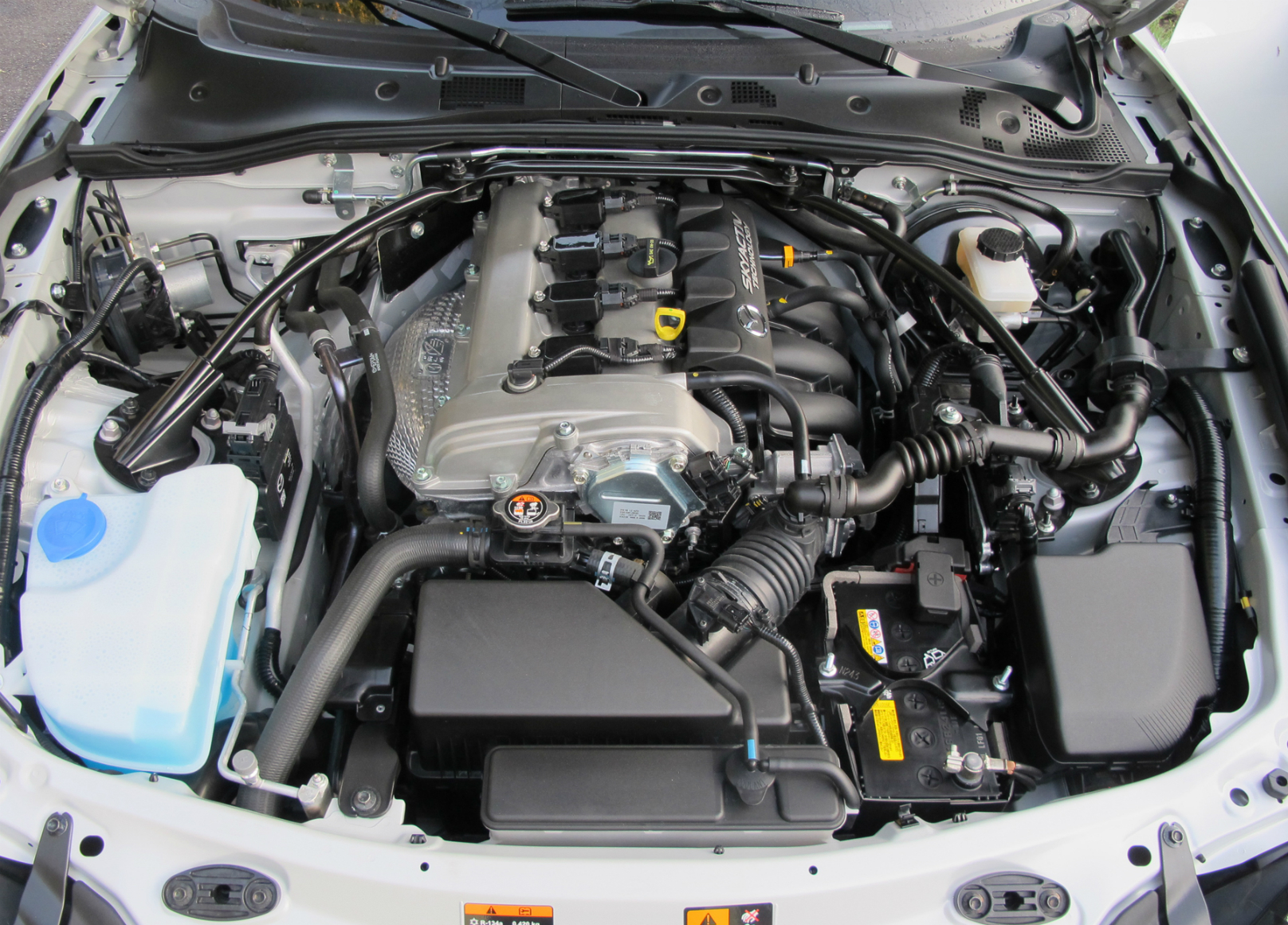 For almost 1,000 km during my week with it, including about 600 km to visit our friends west of London, the RF GT did everything I asked of it.

Highway cruising or blipping up and across the rising hills on the way to Collingwood, the shifts were short with the lever going precisely to the right slot with clutch pedal travel that I could modulate with the toes of my left foot. 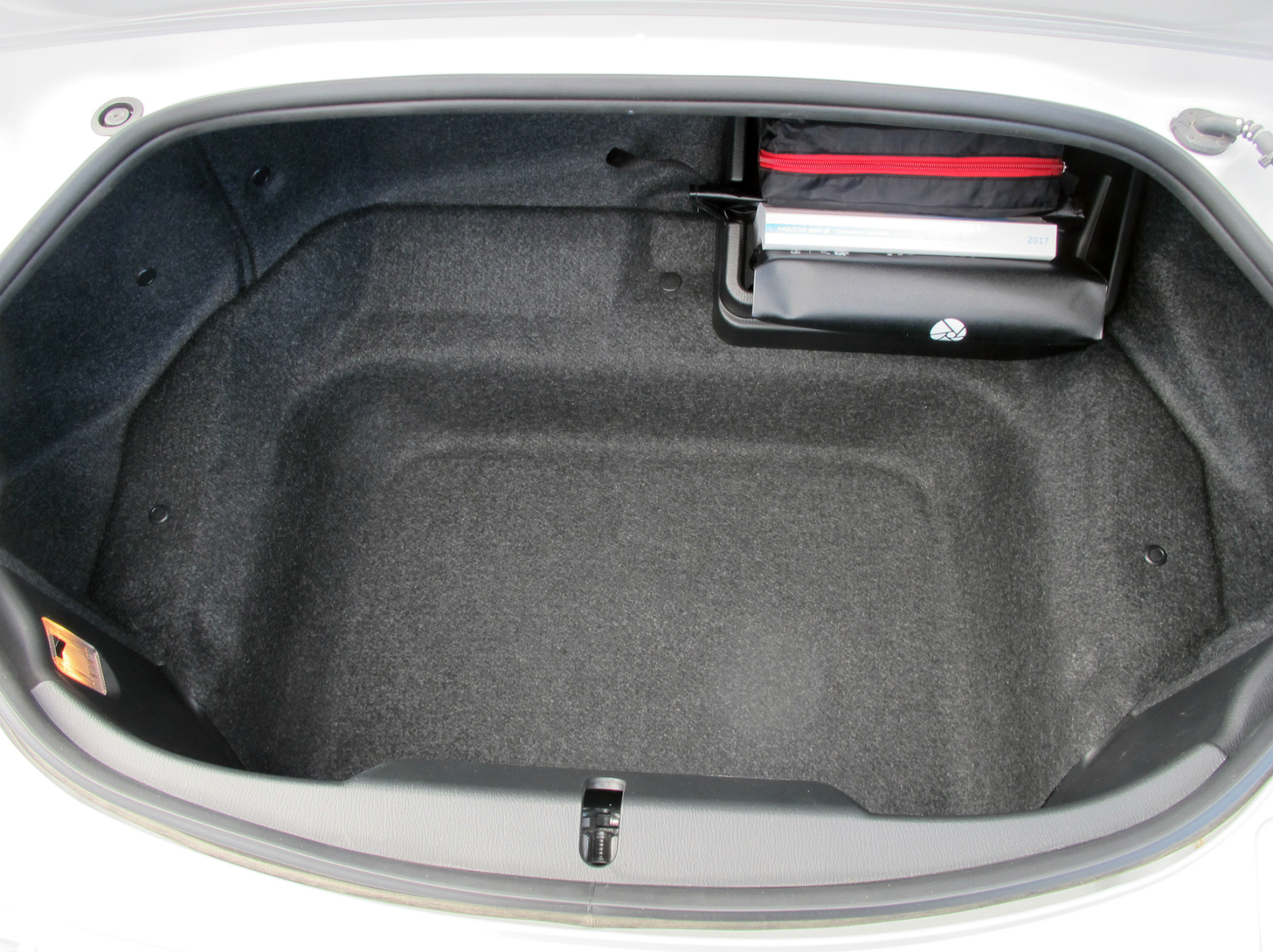 The interior is tighter then the last generation, more like the 1990.

With space a premium, compromises had to be made like no glove box so the passenger has more legroom. The owner’s manual is in the trunk along with a tire inflator kit because there is also no room for a spare tire.

Yes, there are minor inconveniences. However, the MX-5 is about the proverbial wind-in-your-hair driving that made small sportscars so much fun in the first place. 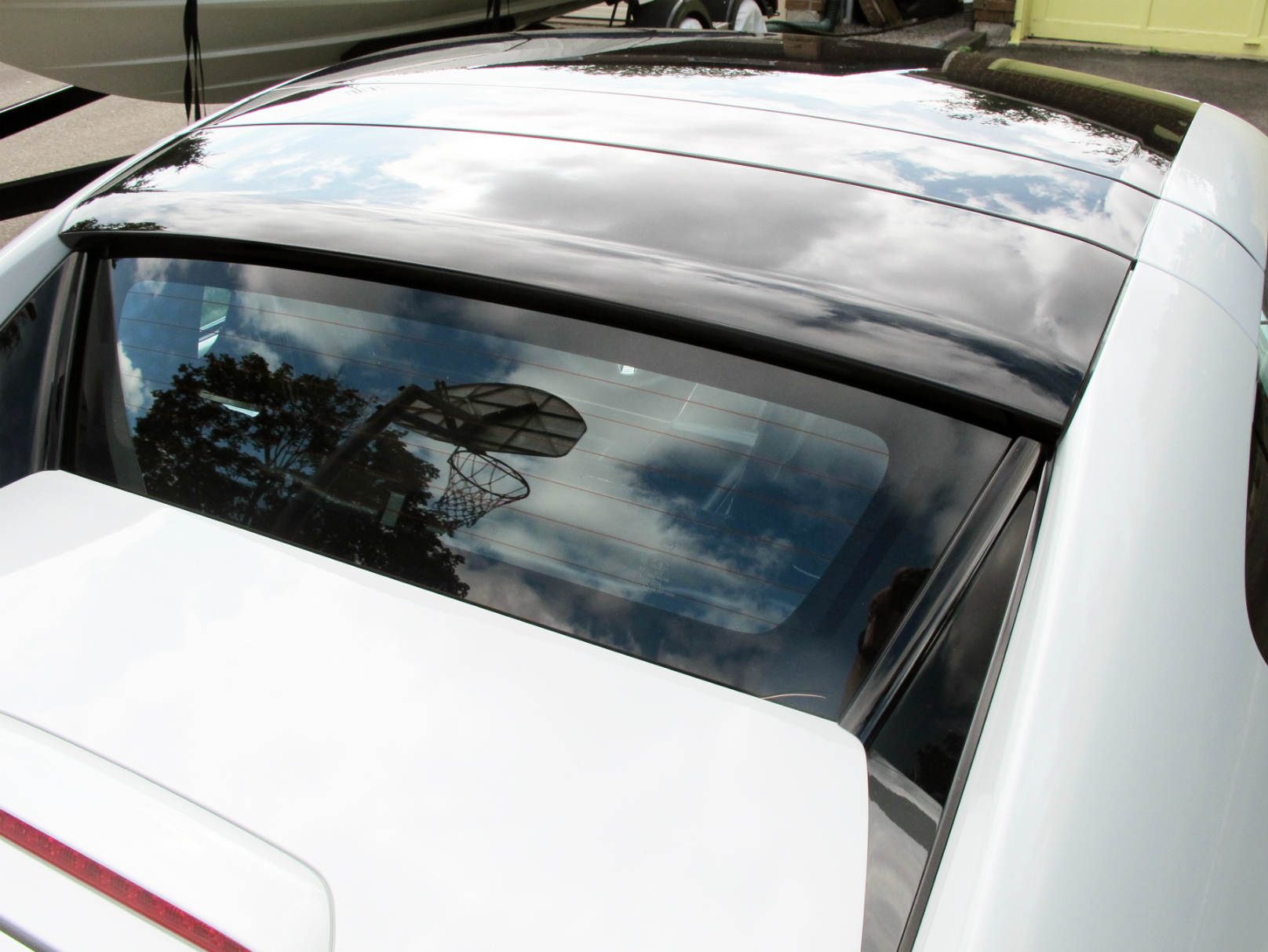 And that’s what the MX-5 does.

It puts the joy into just going someplace – any place – just for the heck of it.

Also Read: Still Ama-Z-ing After All These Years 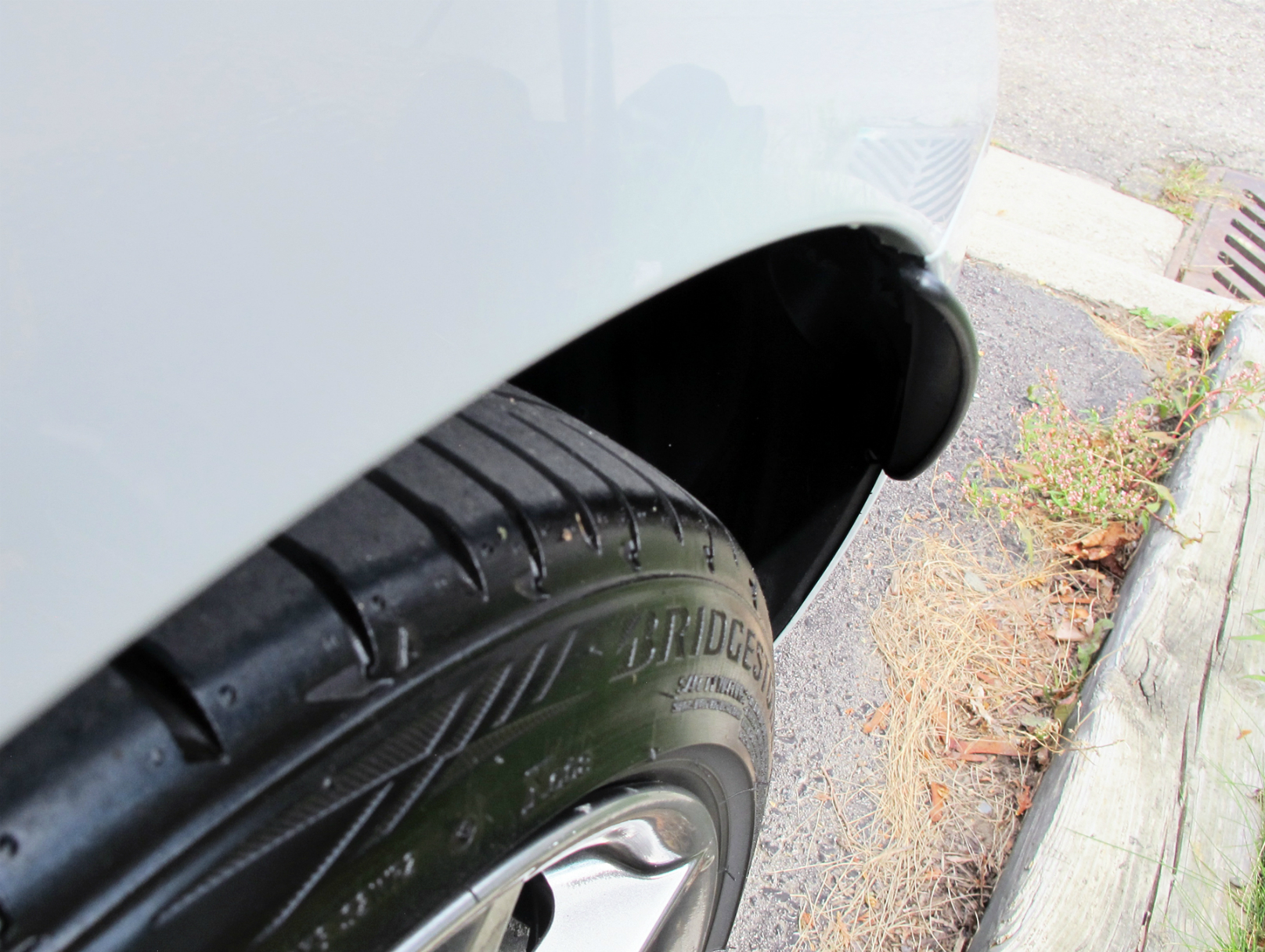