Focus has a small engine with a big heart

The car we know as the Ford Focus was almost called the Escort because some higher ups at Ford thought it was wise to carry on the name of its previous and highly successful compact that served the company wheel.

There are several amusing stories about how the Focus name was finally approved, but nonetheless it went on sale in North America as a 2000 model and now is in its third generation.

Standard engine on the Focus is a 2.0-litre direct injection inline four-cylinder with 160 hp and 146 lb/ft of torque with a standard five-speed manual or a choice of two six-speed automatic transmissions driving the front wheels.

The SE model tested here comes with Ford’s latest addition of its twin turbo EcoBoost powerplants, a 1.0-litre inline three-cylinder engine with 123 hp and 125 lb/ft of torque driving the front wheels with a standard six-speed manual or a six-speed automatic with SelectShift manual mode. 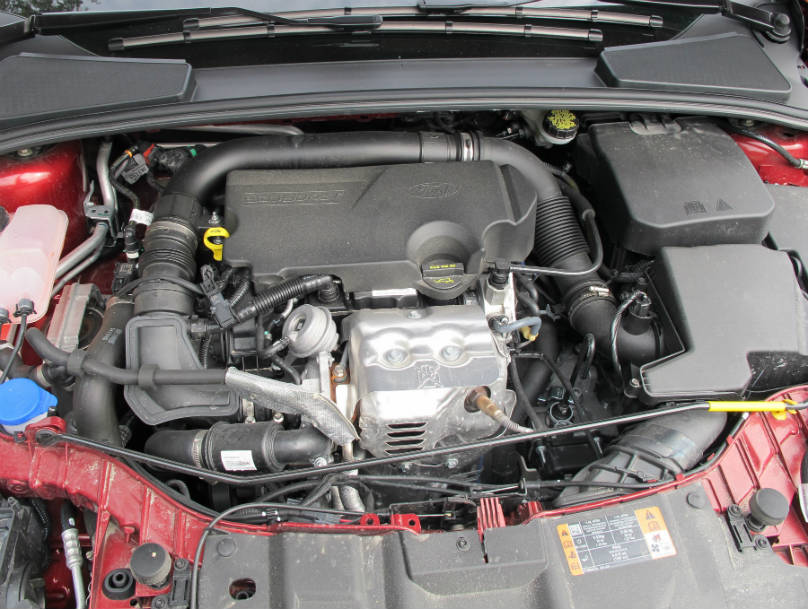 This engine features start/stop technology that turns the engine off at a stop and re-starts once the brake pedal is released to conserve fuel.

Aiding in fuel consumption are standard active grille shutters that close at speed to deflect air going into the engine bay.

While the base S sedan with five-speed manual sells for $17,199, the SE in sedan or hatchback starts at $19,599 with the EcoBoost engine as no charge option and the automatic for $1,450 extra. 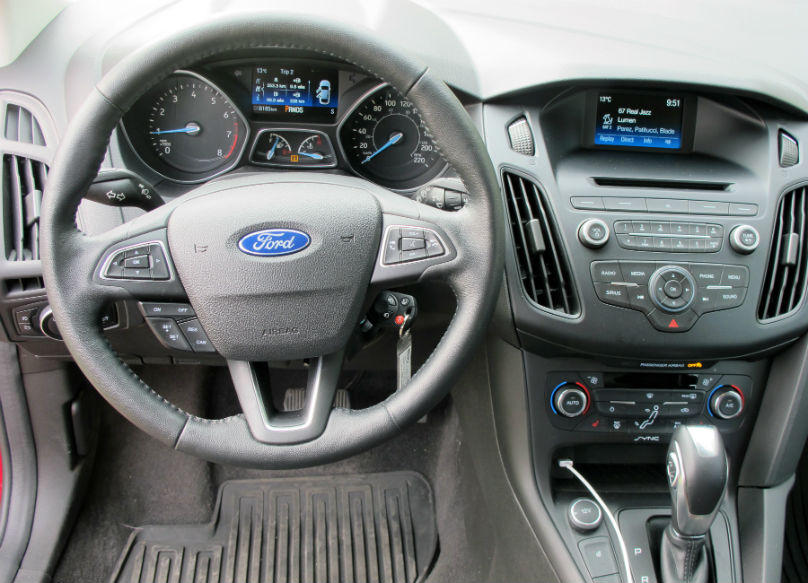 As tested here, the SE had the $995 EcoBoost Appearance Package with 16-inch alloys and transmission upgraded with SelectShift. There was $700 for the Winter Package with heated front seats/steering wheel/outside mirrors.

The third generation styling is very pleasant, especially the hatchback with prominent rear spoiler and alloy wheels and all the more so, with the $450 optional Ruby Red Metallic Tint paint job.

Inside, the Focus is one of those cars with a bigger interior than it looks from the outside. 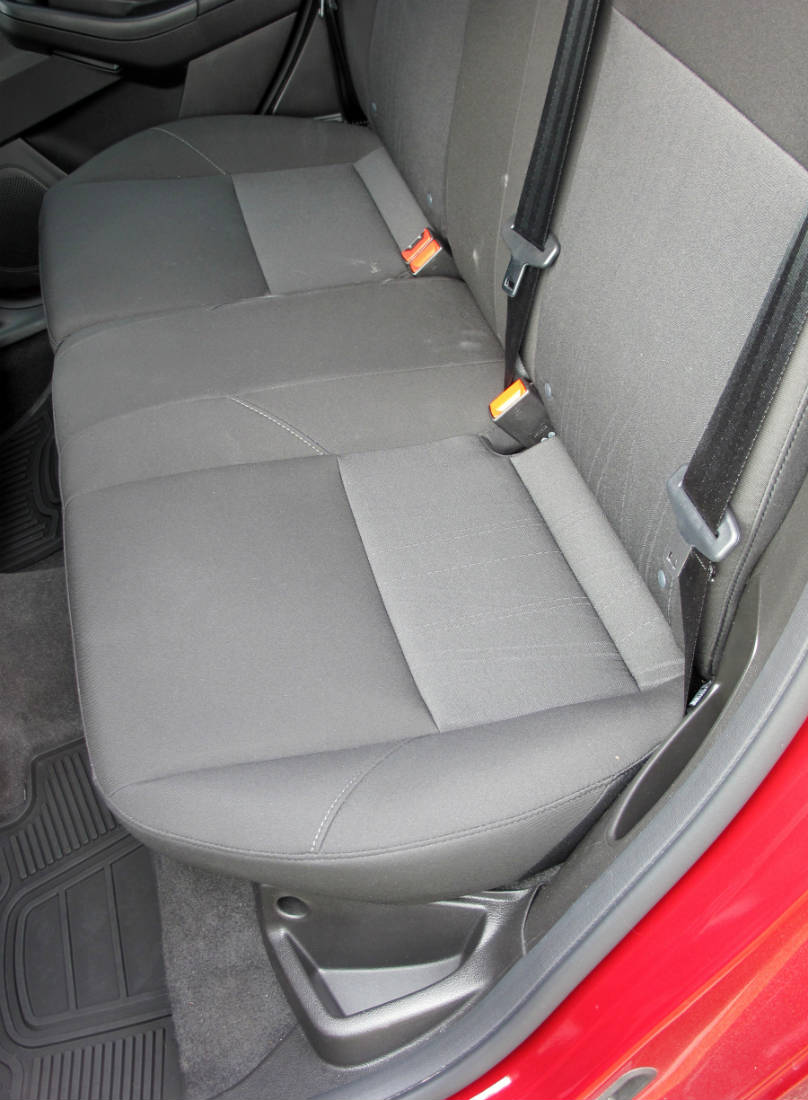 It starts with seats in the SE made from a grippy charcoal black cloth. The front buckets are big for full figured folks like myself, while the back seat is good for three in a pinch but legroom is at a premium.

The best part of it all from me was the blade type key with a normal ignition switch. For me, those push start buttons and multi-hundred dollar to replace electronic key fobs serve no purpose except to incrementally drive up the price of the car. 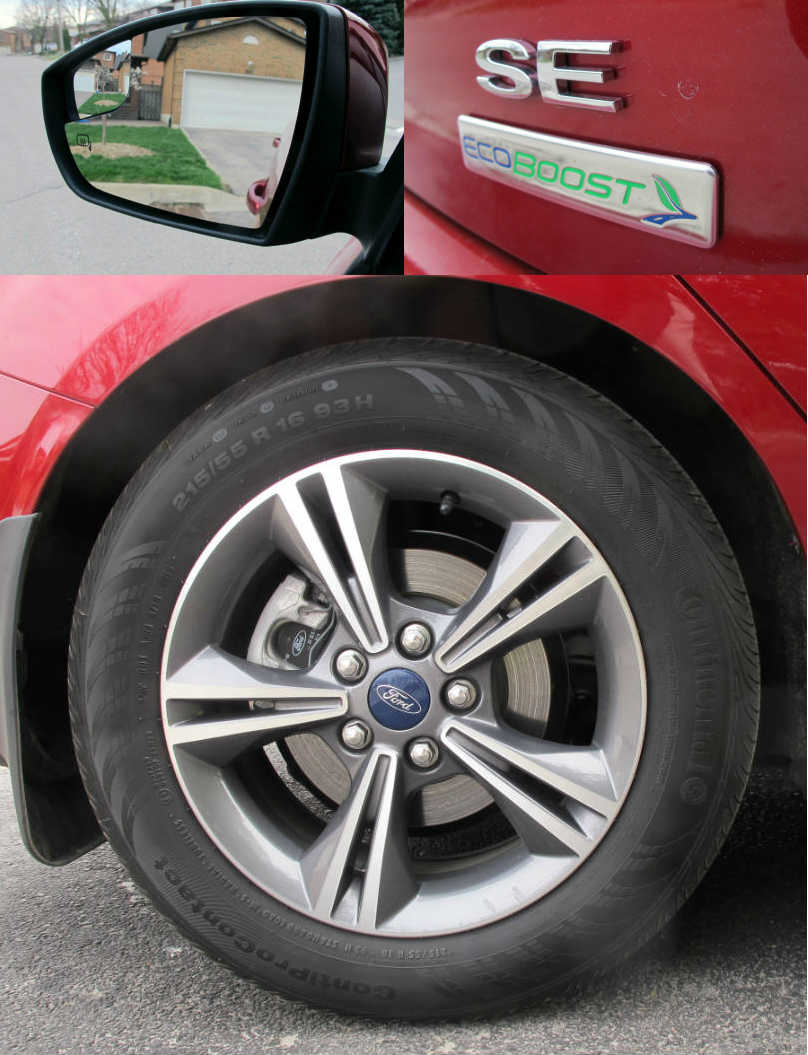 The instruments are logically laid out, but I found the centre cluster driver info centre screen busy with too much data presented in smallish numbers and words.

The 1.0-litre is a little gruff on startup, but soon settles down at idle, and is of course, silent in start/stop mode.

On the face of it, you’d think an engine as small as the 1.0-litre shouldn’t be up for the job.

Take away the plastic shrouding and the manifolds and it is about the size of a large microwave oven, but like a microwave, it sure can cook.

I covered a fair amount of country in the Focus and I found it pleasant to drive with adequate handling for most every occasion. 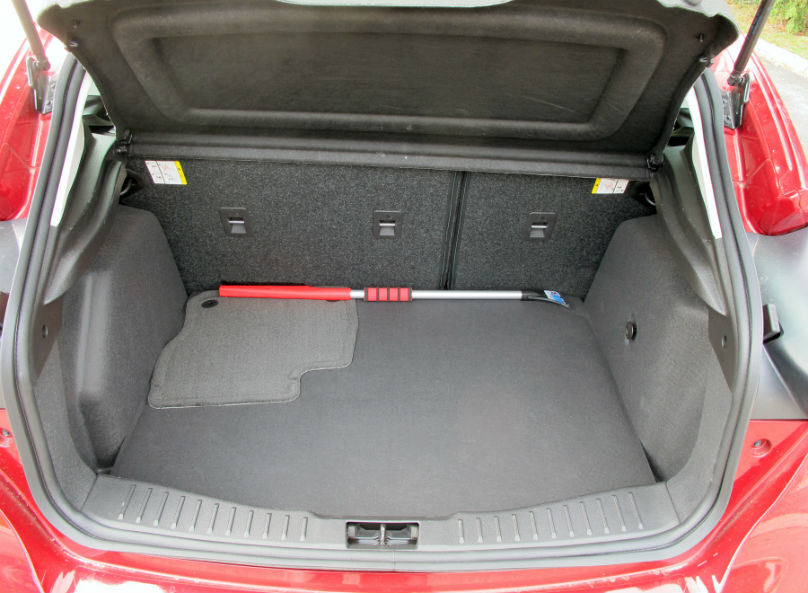 The one thing about these new turbo engines is how responsive they are in everyday situations.

For instance, in the early turbo days cars like the Saab 9.3 were almost lethal in terms of torque steer, which happens when the turbo takes several seconds to build up boost and then comes on so suddenly, the main front right or left drive wheels gets all the traction and the car verves strongly in that direction.

The new twin scroll technology does away with all that so the power is controlled and torque steer is mostly a thing of the past.

In the Focus SE, the 125 torques available are adequate for the job in most situations, except at upper highway speeds for passing where you have to pick your timing to make the pass.

Other than that, the 1.0-litre is a little gem.

If you drive with a light right foot, it will reward you when it comes time to pay at the pump.

And as gasoline prices start rising again, isn’t real fuel efficiency what we all really want? 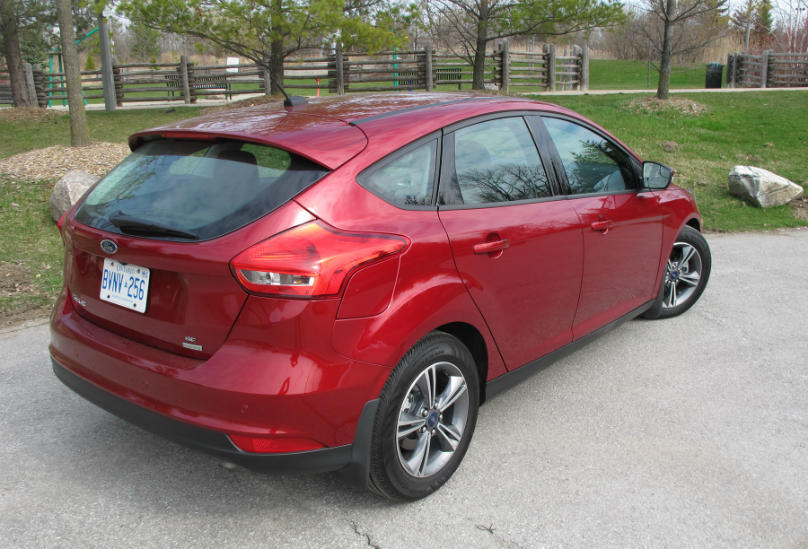