Volkswagen is finally giving North America a small crossover, and it’s about time

Volkswagen knows that its orphaned Golf owners are soon going to be looking for their next vehicles. And the company thinks they’ll find a home with its new crossover, the 2022 Taos.

Well, some of them, anyway. Now that the mass-market version of the Golf is discontinued in North America, Volkswagen expects some current owners will upgrade to the higher-powered Golf GTI, which along with the performance-oriented Golf R will continue into the next generation that begins arriving at dealers late this year.

Others will turn to the Jetta sedan, VW representatives say, and the rest will follow the majority trend and swap from the hatchback into a small SUV.

Until now, that was a problem for Volkswagen because the company didn’t offer anything smaller than the Tiguan, which is technically classed as a compact but is large enough for an optional third row, making it one of the largest compacts you can buy. 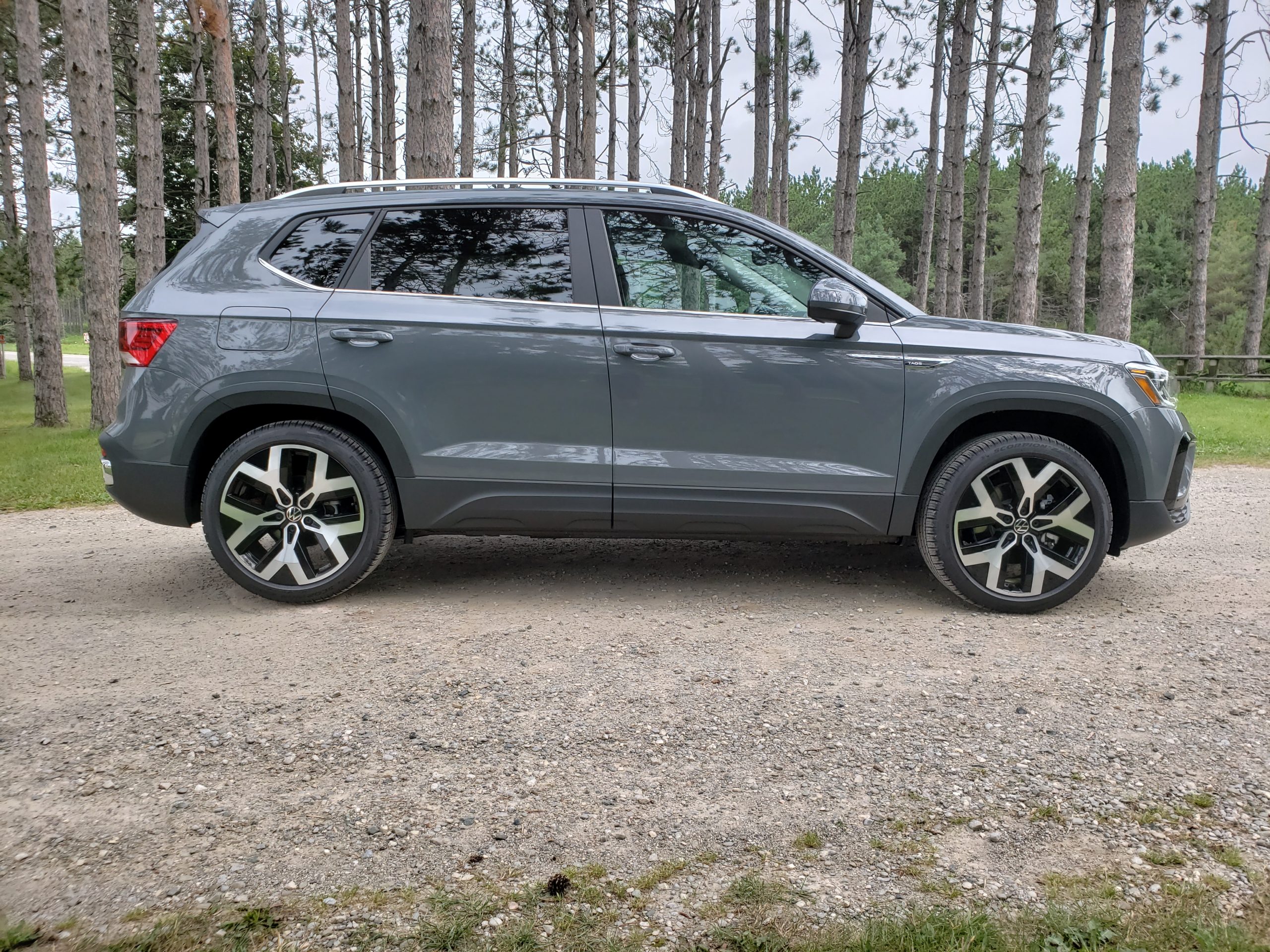 That’s why the entirely new 2022 Taos is such an important vehicle for the brand. It is an entry into a critical segment where until now Volkswagen hasn’t been playing. And hey, speaking of orphaned car buyers: if you felt left behind when the Hyundai Tucson grew by just about every measure in its new generation, Volkswagen just might have a spot here for you in this almost-subcompact crossover, too. 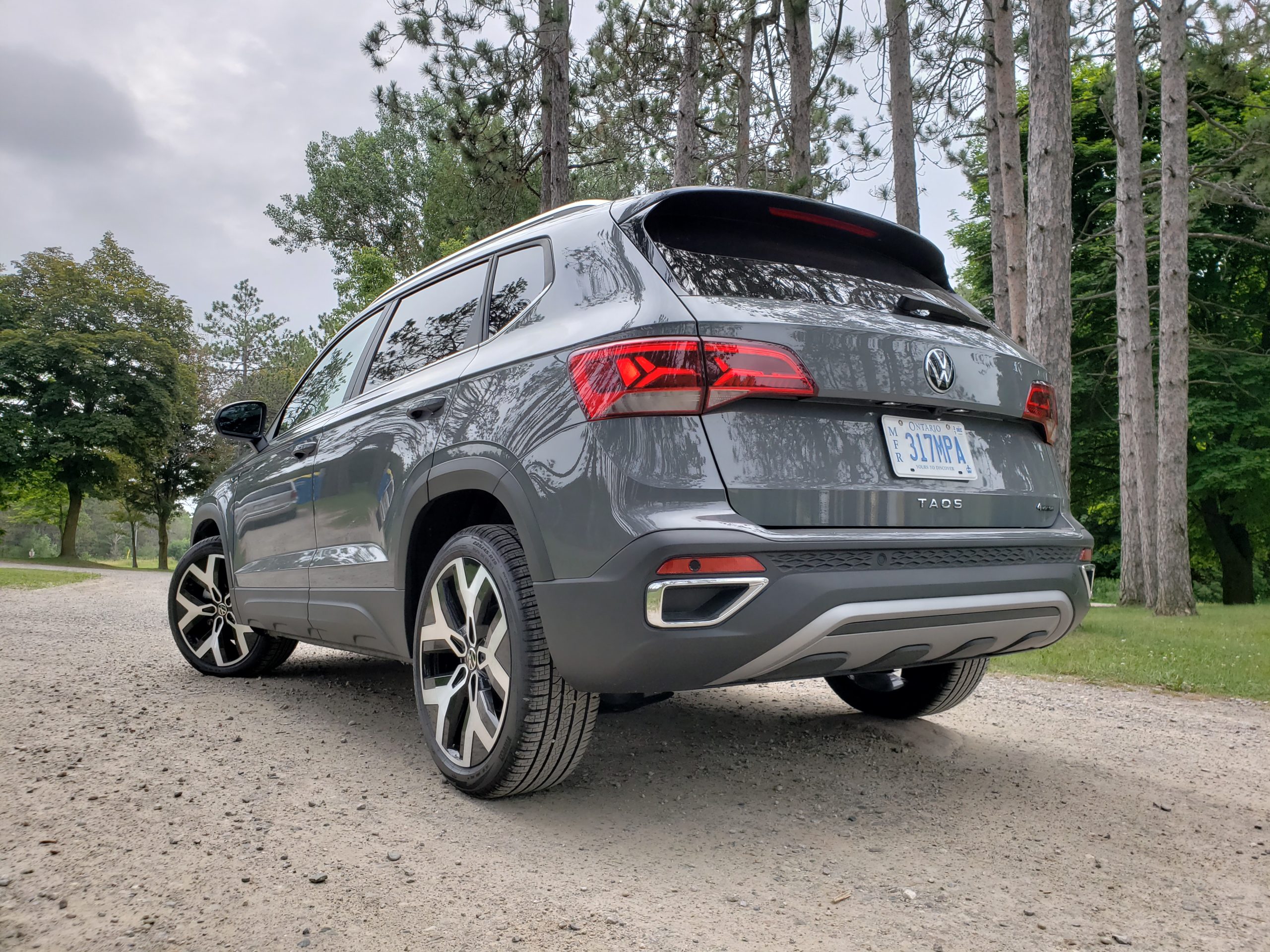 Pricing for the 2022 Taos starts at $26,695 for the Trendline with front-wheel drive and $29,195 with all-wheel drive, and it tops out at $36,695 for the Highline (delivery is $1,905 extra). All three trims will be fitted with the same engine, a 1.5-litre turbocharged four-cylinder that makes 158 hp and 184 lb-ft of torque at 1,750 r.p.m. Next to no one in Canada will buy the front-wheel-drive version – maybe some Golf drivers who are used to this configuration, VW surmises – but it’s being offered anyway on the Trendline and Comfortline grades and is paired with an eight-speed automatic transmission. All three grades will also be sold with VW’s 4Motion all-wheel drive system, which is matched with a seven-speed dual-clutch automatic. For this first drive, we sampled the Highline grade, where all-wheel drive is standard. 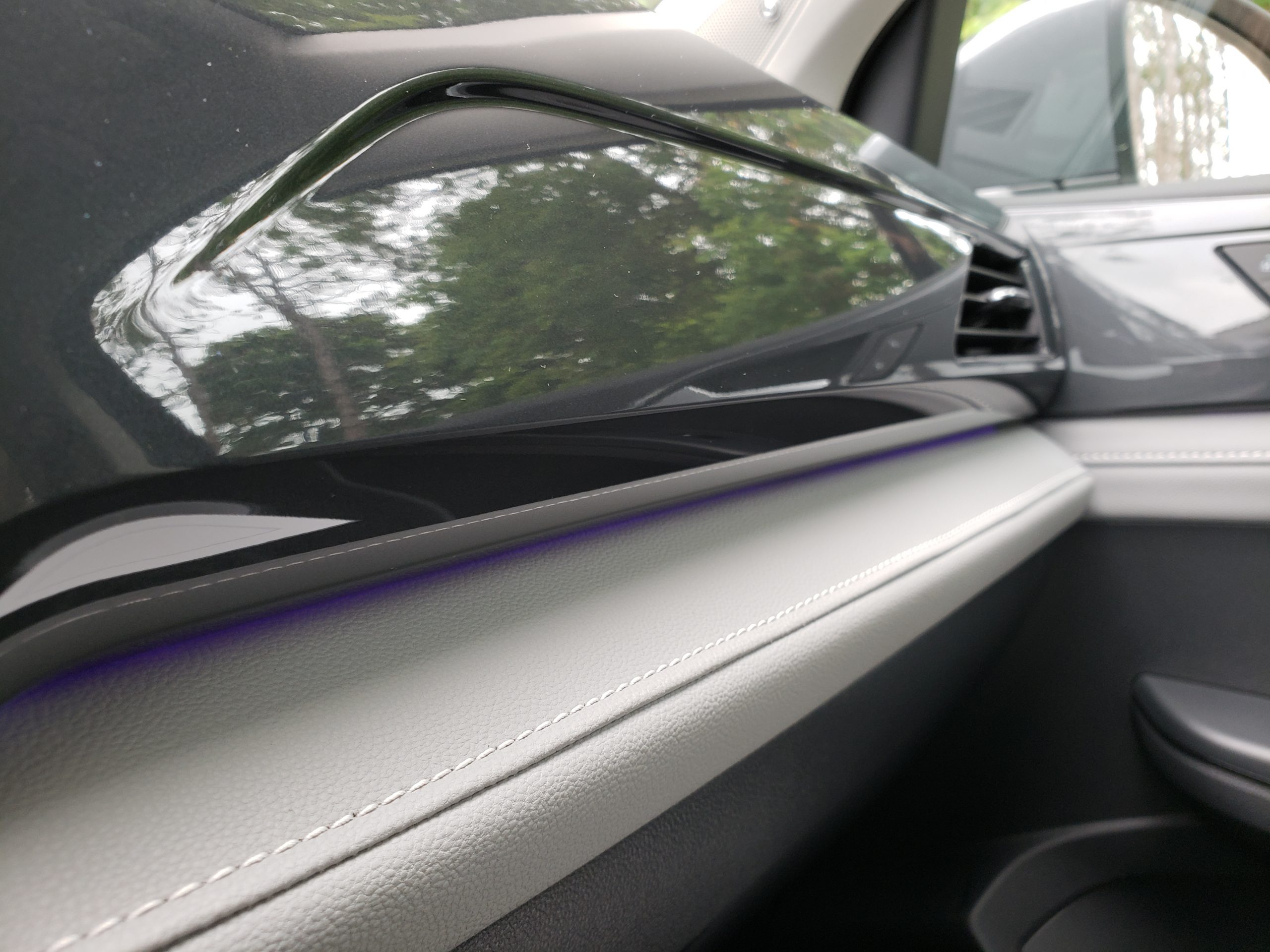 A tad more urgency from this powertrain on initial press of the right foot wouldn’t hurt my feelings. Once the turbocharger kicks in, things get moving well enough, though several competitors either better the Taos on power outright or offer upgraded powertrains that do. The transmission is not the fastest around, but it is decisive. Steering is direct, and handling comes across as nicely steady and responsive. There is a fair amount of road noise that comes in through the cabin floor, but not so much as to make the Taos uncompetitive. However, its 16.2 cm of ground clearance may be less than small SUV buyers would expect.

On first attempt, this engine also appears to be decently fuel-efficient. Consumption estimates sit at 9.5 L/100 km city, 7.4 highway, and 8.5 combined when all-wheel drive is equipped. I matched the highway estimate over roughly 100 km of driving.

The Taos’s exterior is nothing to write home about. In mimicking the styling of its much larger sibling, the three-row Atlas, it mostly looks like every other boxy SUV on the road. But the interior stands out much more with this Highline grade’s two-tone upholstery, subtle ambient lighting, large panoramic sunroof, and tasteful accents. The seats are comfortable with solid bolstering, and the front seats are heated as standard and ventilated at the Highline grade. Heated rear seats aren’t offered, but that’s not unusual at this price point.

The upgraded 8-inch infotainment screen feels small relative to a lot of what’s on the road these days, but the graphics are clear and in high-resolution. The base model’s 6.5-inch screen would seem downright tiny. Standard wireless Apple CarPlay and Android Auto are included, and a wireless phone charger on the top two grades and a digital instrument cluster with the Highline trim are nice touches. It’s helpful that there are still so many buttons and dials on this system, though I stumbled over the usability of the knob to the right of the screen. This knob is contextual, meaning its function changes depending on what you’re doing. On the radio screen, you’d think it would be for sequential station tuning, but it’s not. Instead, you’re stuck stabbing at tuning or pre-set functions on the screen with your  index finger. 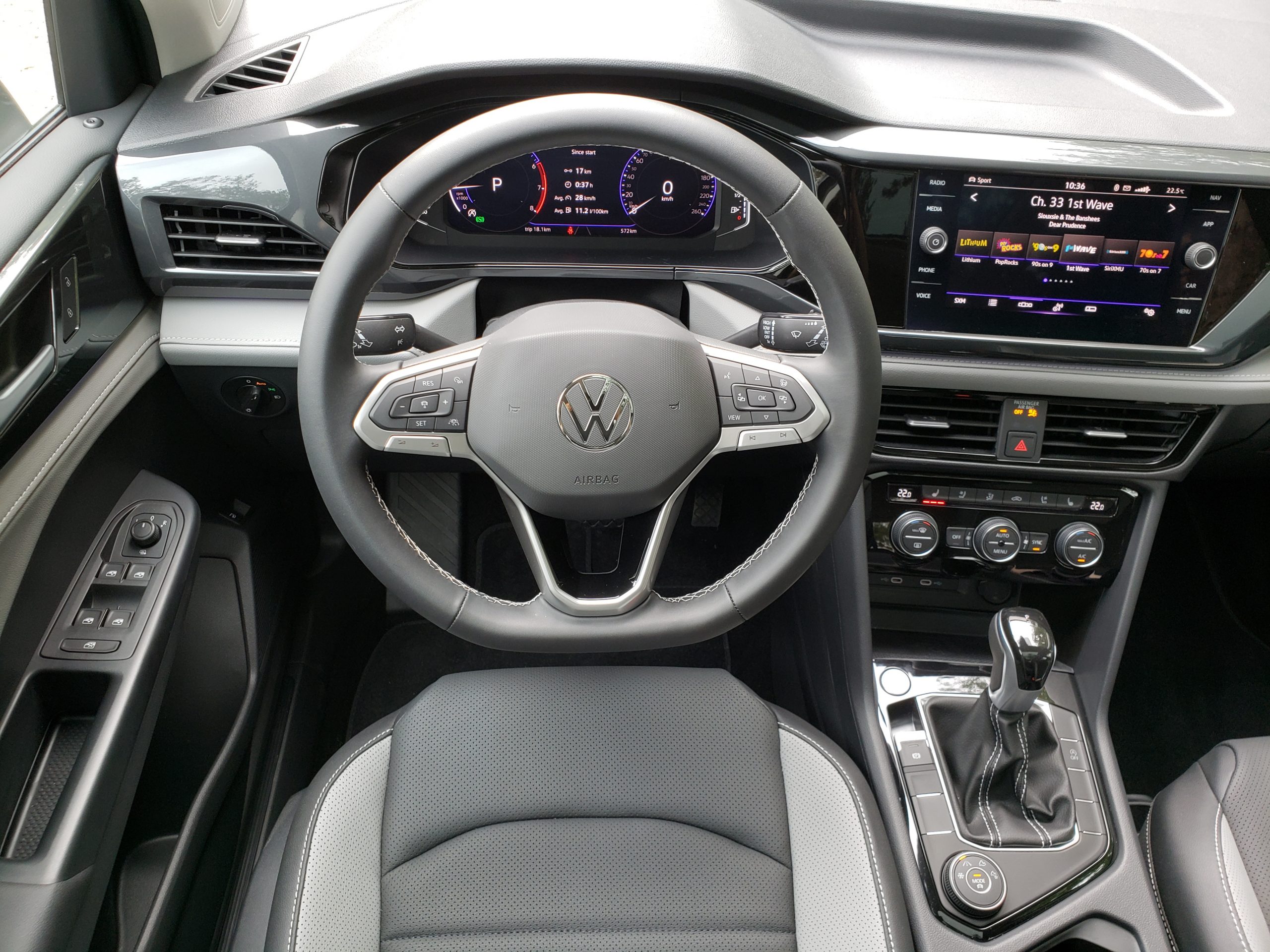 Given the Taos’s size, the interior space is well-portioned with both rows receiving a good amount of head and leg room. Cargo capacity is very good for the segment: the FWD version gets 790 litres behind the second row, while the AWD version gets a little less at 705 litres due to an upgrade from a torsion beam to a multi-link rear suspension. VW’s ski pass-through is always an advantage, but it’s unfortunate that there’s no power liftgate available, even while acknowledging it’s not a common feature in this segment. 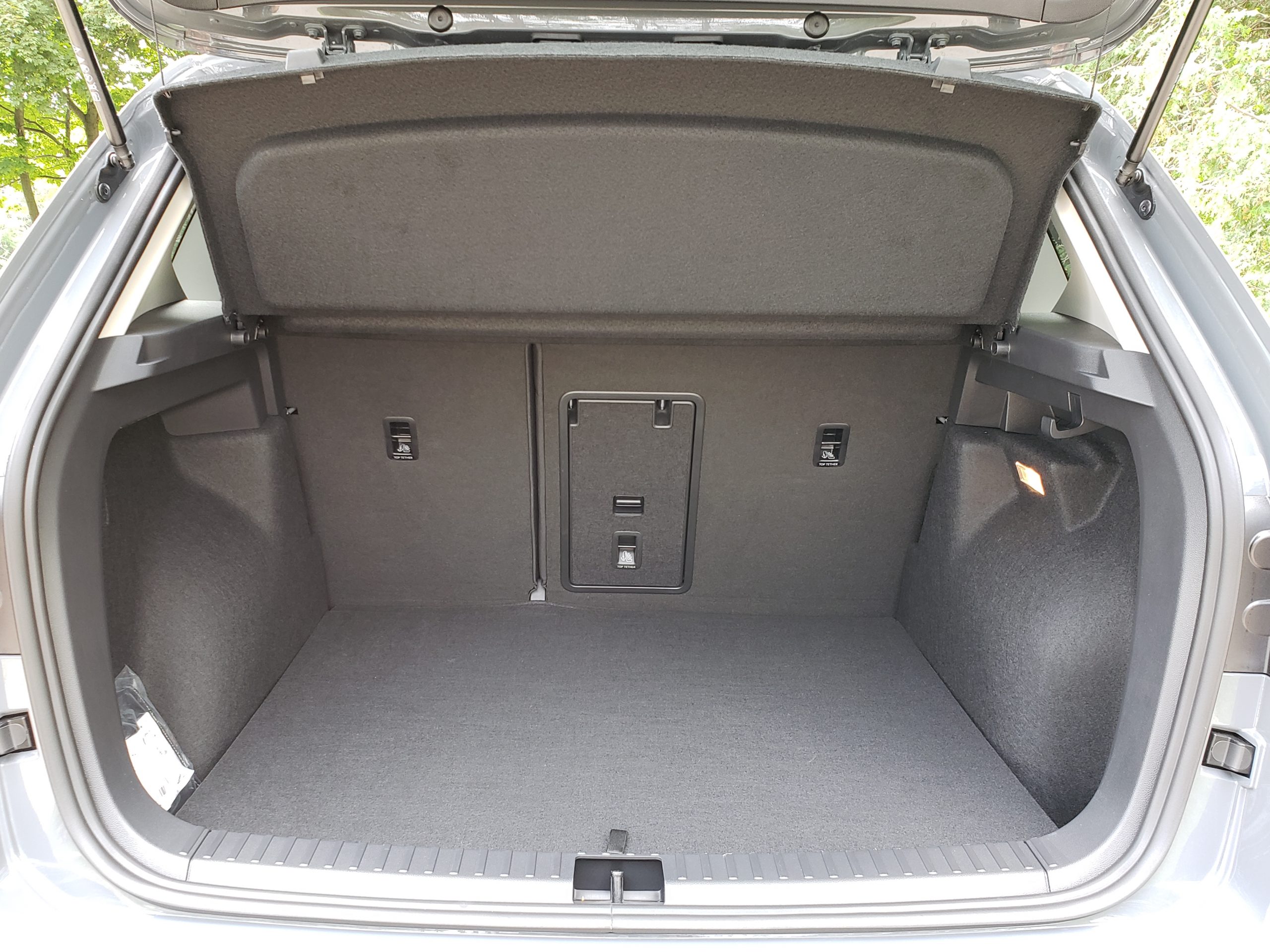 Will the Taos keep Golf owners in the family and attract some outsiders? If it’s thought of as a slightly larger all-wheel-drive version of a Golf, it’s well-featured and decently compelling. It also fills a sliver of a niche in sizing that the Tucson recently vacated. But a desire for a little more power, ground clearance, and infotainment system usability might keep some potential buyers shopping.