Is the BMW X5 already obsolete?

MUNICH – Yes, it looks a bit funky, especially from the back of the doors to the tailgate. And yes, it has BMW’s latest large and in charge kidney grilles that this time aren’t even actually grilles but rather layers of materials including a self-healing outer layer. Embrace those, and you’ll find a vehicle that fulfills the promises made when the i3 was first revealed 10 years ago. This is BMW’s first serious EV, the iX, and it is like no vehicle the brand has built before.

The new chassis uses carbon fibre and aluminum, it’s also the brand’s first crossover with frameless doors. Within a hair of the X5 in overall length, the iX offers X7-like space for passengers, including legroom and headroom that can trounce most anything short of a minivan. Though cargo space is not as generous.

BMW is known for cabins on the austere side of the luxury spectrum, but the iX ditches that completely. Gone are plastics and leather, here to stay are microfibre fabrics and textiles. Even the dash is now fabric, as are the doors. Finished in this blue hue, the cabin is a delightful place to be. 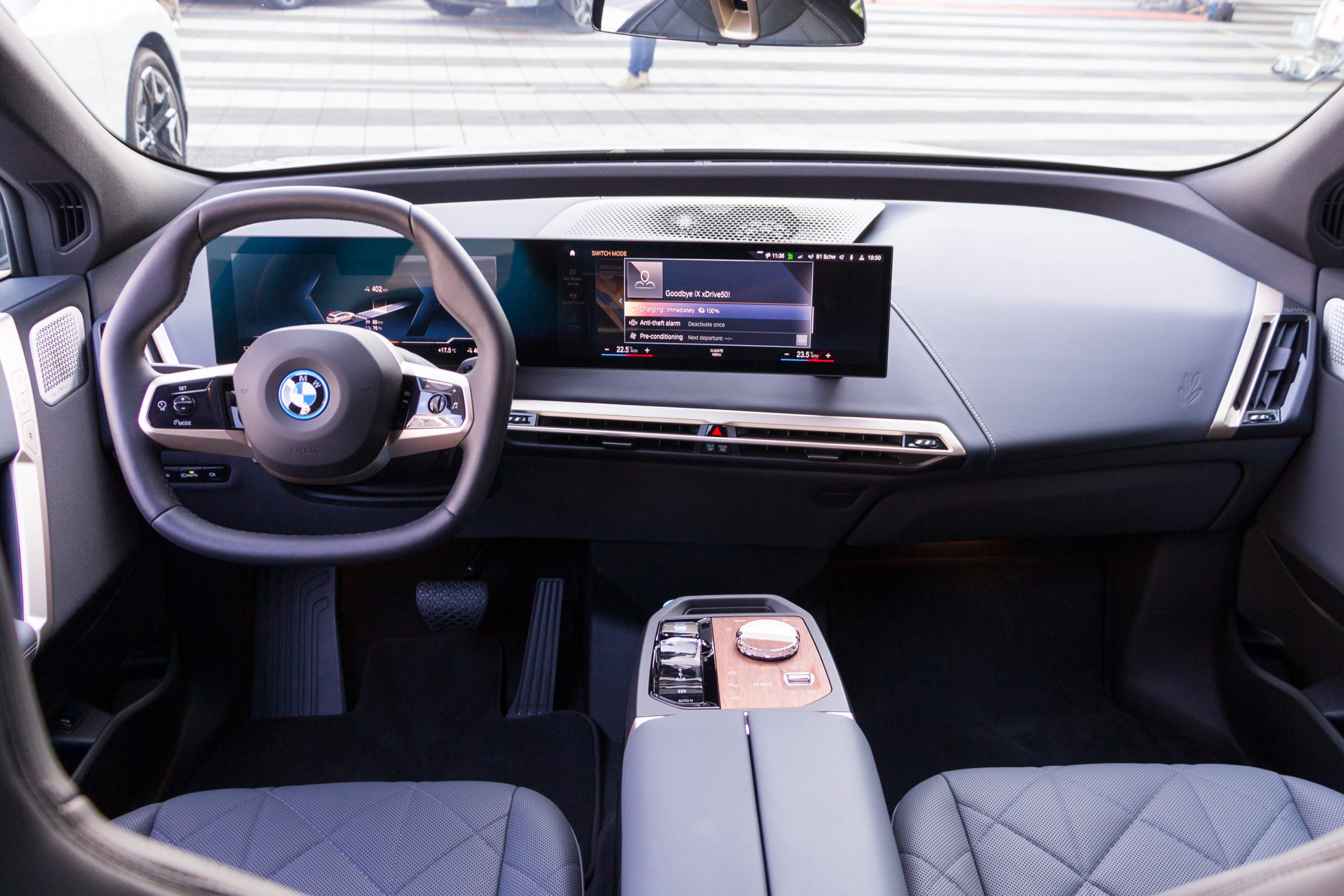 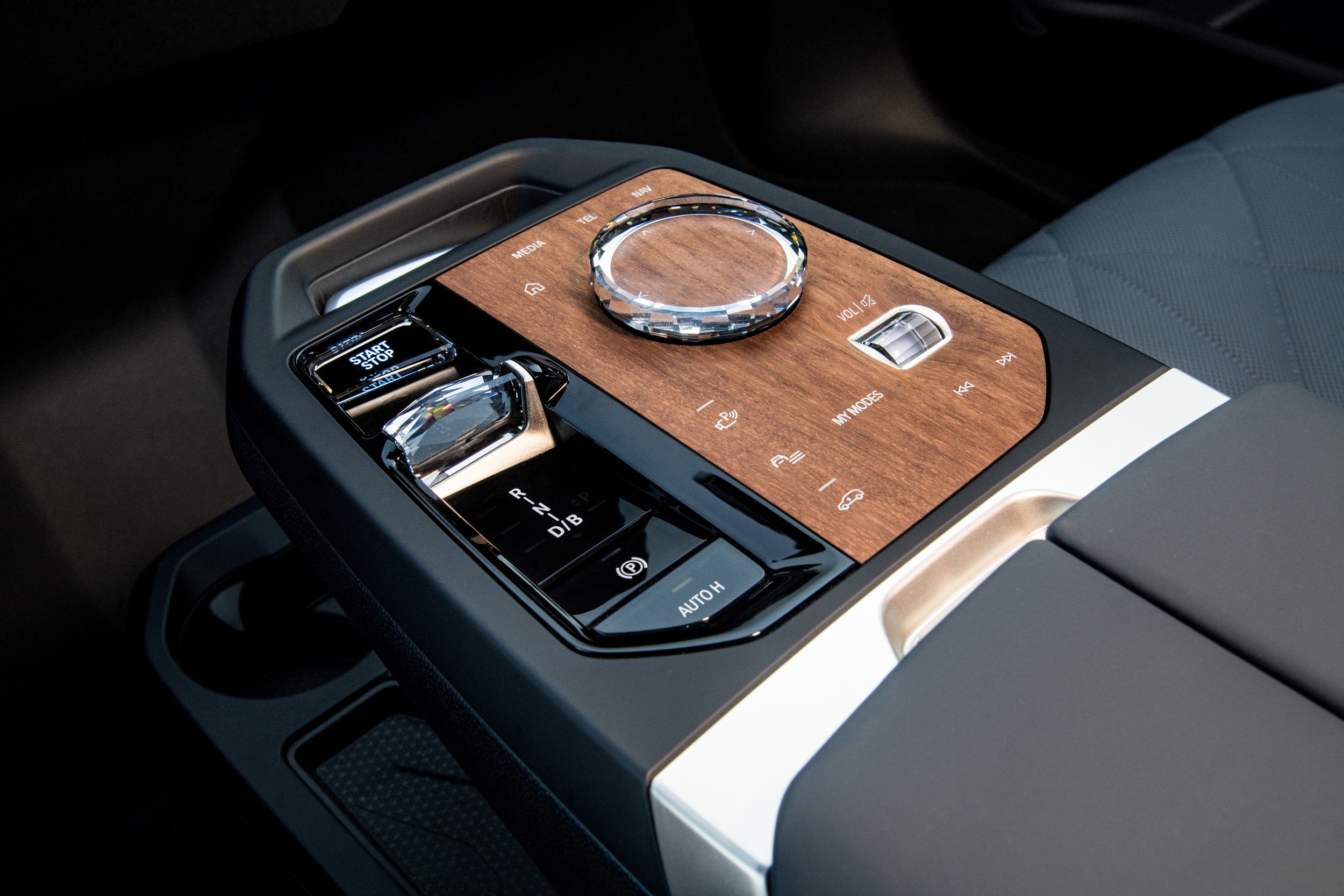 Polished crystal seat and iDrive controls may reflect back at you occasionally, but they glimmer in the sun in a way that means you won’t mind the odd flash. The open-pore wood surrounding the iDrive controller is also a fresh new touch for BMW, and many of these materials are recycled or sustainably sourced.

BMW has dropped nearly all the buttons from the dash with just two remaining for the HVAC system and fewer than half a dozen display shortcuts on the centre console. For the first time ever in a new vehicle, I didn’t mind. The new iDrive system is so responsive, with on-screen buttons so intuitively laid out, that not once did I look for a real button. Gesture control is also massively improved, though the voice control assistant is a bit chatty. 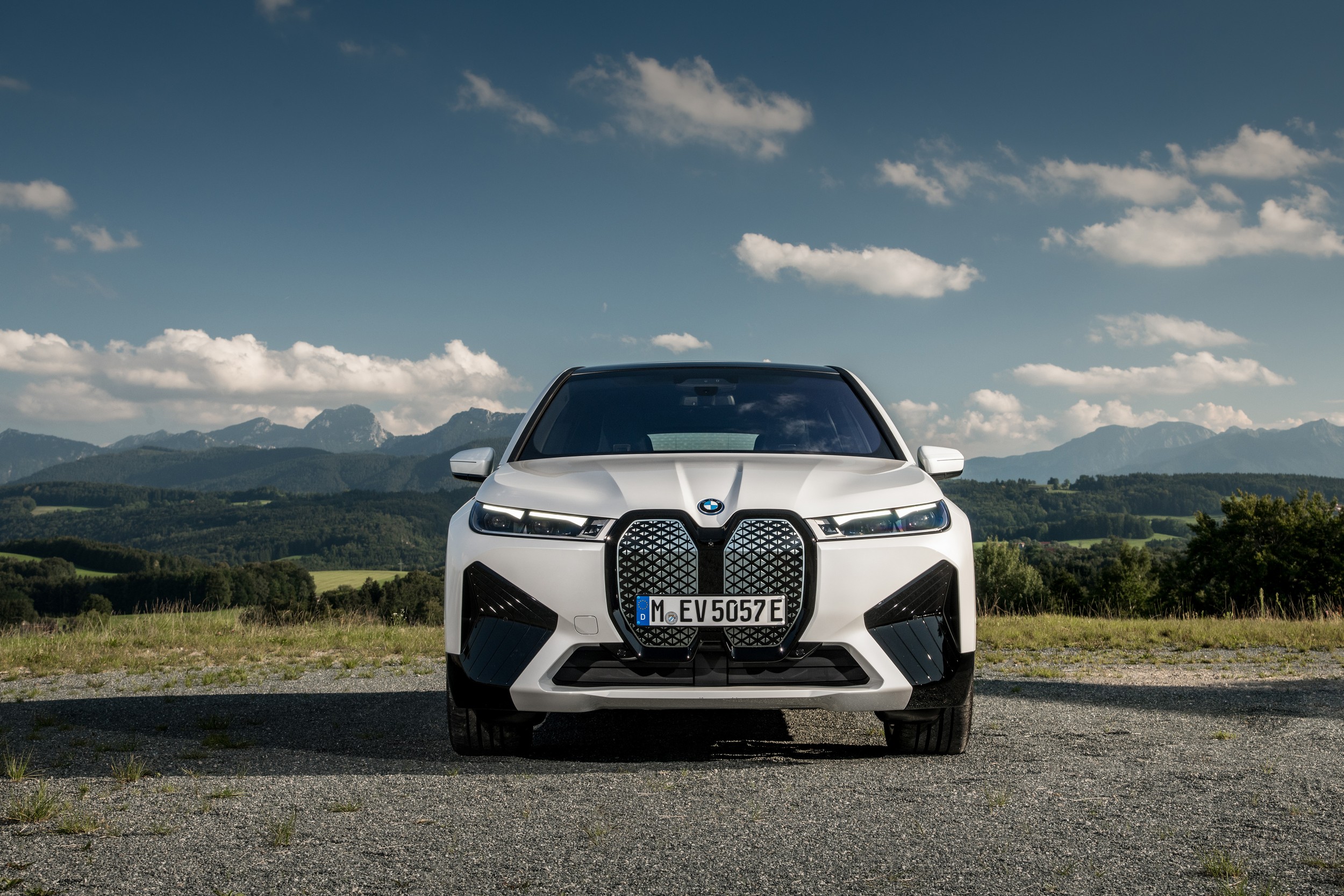 The interior, nice as it is, doesn’t really matter. This is a BMW, a brand that has for decades called itself the Ultimate Driving Machine. Can a large electric crossover lay any claim to that moniker?

It starts with that new chassis and the adaptive air suspension that accompanies it on this xDrive50i model. A massive 111.5 kWh battery does wonders to lower the center of gravity, but heavy use of carbon and aluminum (despite the massive panoramic glass roof) means that not only is the center of gravity lower but that there is very little weight up top at all.

The result is almost no body roll, without the accompanying ride punishment that even BMW’s conventional crossovers suffer. Add rear-wheel steering that can shrink this beast down to city car turning circles and it is, without a doubt, the most enjoyable of the brand’s crossovers to drive on the road.

High-speed stability, thanks to a startlingly low coefficient of drag as well as that rear-wheel steering is impeccable. On the autobahn, the iX cruises nearly silently even at its top speed of 200 km/h. The only accompaniment is the Hans Zimmer score created to add some audible driving engagement to the ride (the Sport mode version is fascinating).

On the back roads, that stability stuck around and was joined by turn-in sharpness that flat-out ignored the iX’s curb weight. One particular pair of sharp left-right corners early in the drive that dropped into an old riverbank and shot back out the other side felt sloppy, the only time on the drive that the rear end lost its composure. Turns out I had the suspension in off-road mode.

Running up and down the switchbacks of the German Alps along the Austrian Border, the iX continued to shrink. Our convoy of electric crossovers whisked equal parts silently and briskly up the mountainsides, surprising hot hatches along the way. 516 electric ponies will do that, and BMW has set up the rare-earth-free electric motors to maintain acceleration well into the triple digits – something most mainstream EV’s lack. 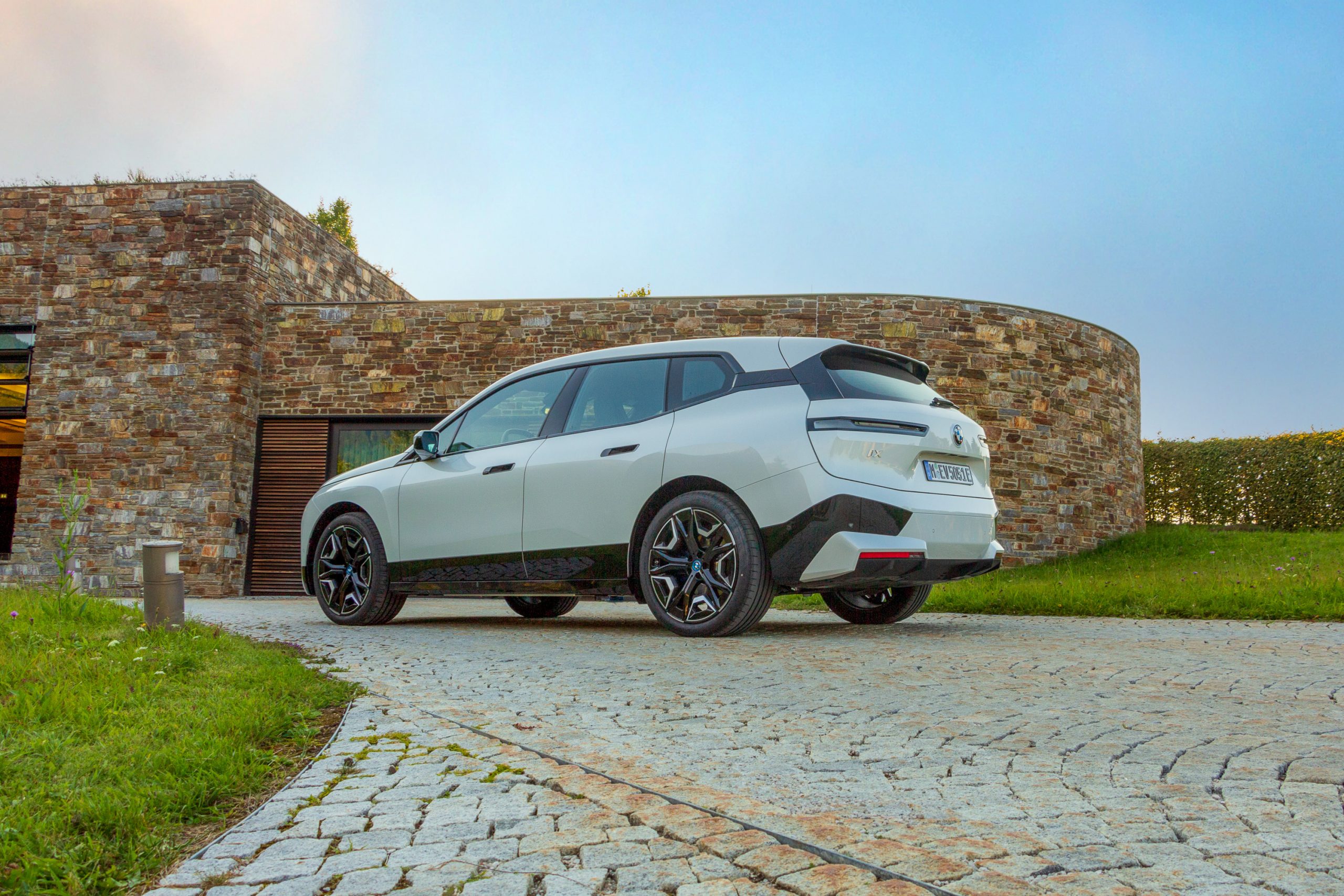 It isn’t M-sharp. On the glass-smooth pavement of Germany, it felt almost too soft at times, but this isn’t an M-car so it’s not expected to be. The M is coming later.

There are still some driveline issues to be sorted out here. Low-speed throttle tip-in (from a yield sign or other low-speed driving) can come with a jarring shock to the driveline and occupants. Lift the accelerator, the natural response, and (especially in one-pedal mode) you’ll then get an equal snap forward from the high levels of regen throwing you into the belts. This might be acceptable in sport mode, but it isn’t in comfort. 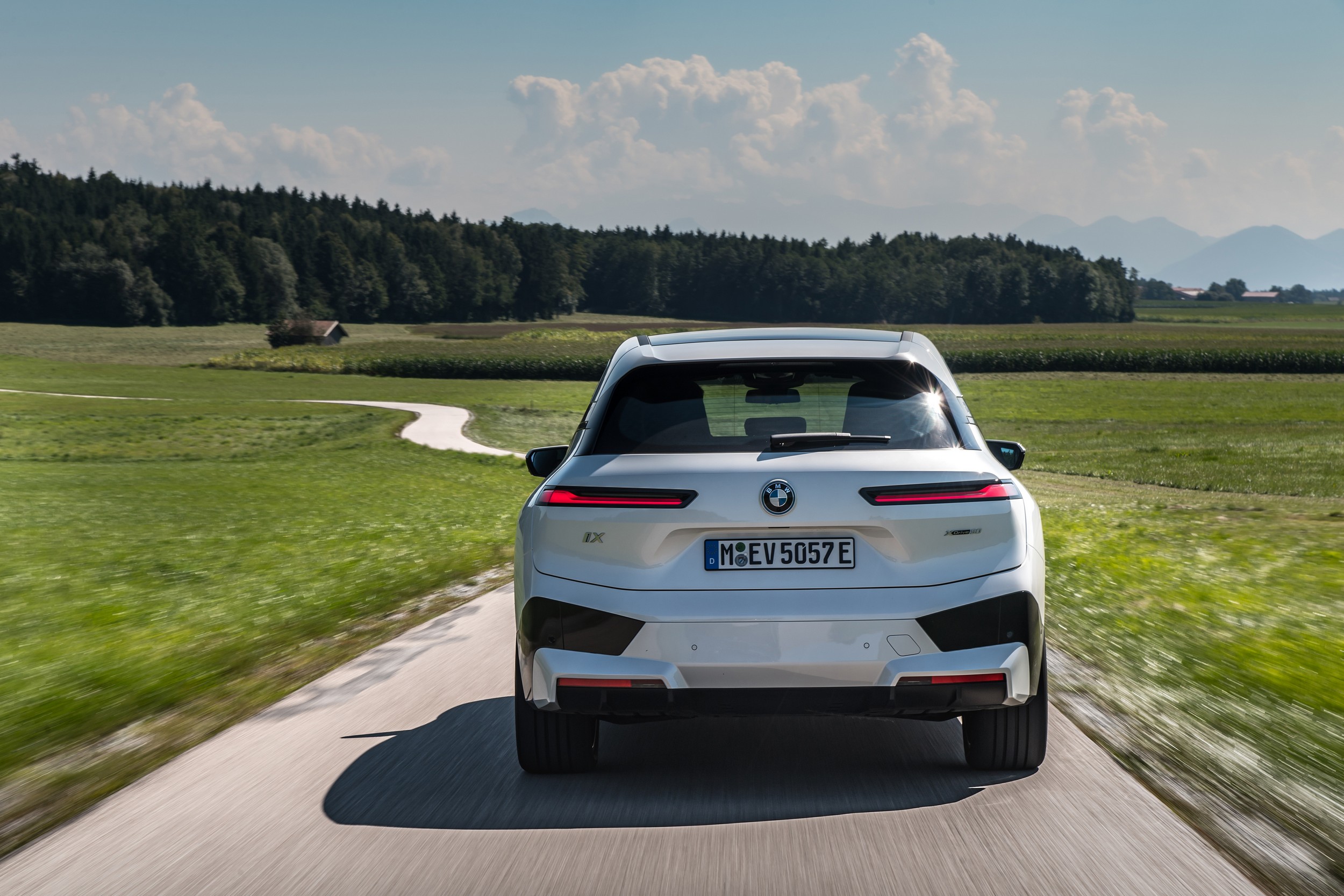 BMW estimates range up to 475 km. On our drive, high-speed highway and mountain climbing showed an indicated 23.6 kWh/100 km, just outside of BMW estimated consumption. Charging happens at up to 200 kWh, though the curve falls fast after about 55 percent full. BMW says 10 to 80 takes 35 minutes

Helping boost range and make driving easier is BMW’s adaptive recuperation. Using GPS and driver-assist sensors, lift of the throttle on a flat road and the iX disengages the motors. Lift as you get close to a stop sign or traffic circle, and the regen ramps up to slow you for the corner. It does the same to slow for a vehicle in front, and it’s quite impressive.

The iX is BMW’s first mainstream EV and it will show up here early next year with an $89,990 starting price putting it $6,000 less than a similarly powerful version of the current X5. That makes this one hot ticket. 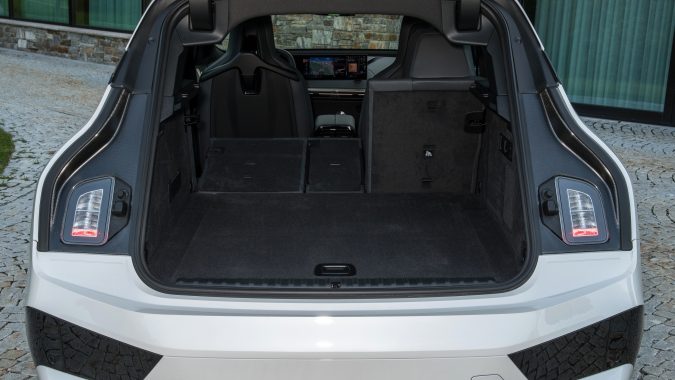 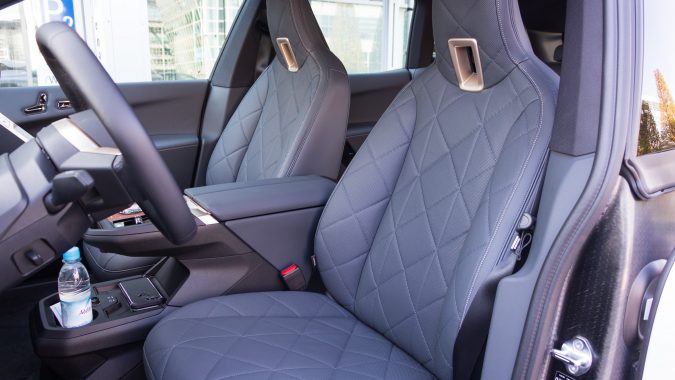 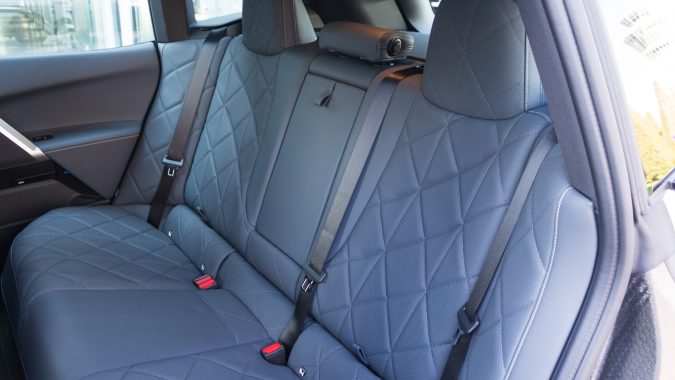