SAN ANTONIO) – Texas – Ever since the very first Toyota Highlander was launched back in the early 2000’s, more than two million of them have been sold in the US and Canada combined. As a matter of fact, Toyota’s midsizer has been a continuous sales success, ranking among the top-selling vehicles in its class year after year, only to be slightly outgunned by the Ford Explorer. In 2019, however, North Americans bought more Highlanders than any of its rivals.

It’s therefore no secret that this is one of Toyota’s most important products. While the Highlander was once a pioneer in car-based seven-passenger utility, it’s now facing a full plethora of rivals who have finally woken up to this highly lucrative segment.

So, how do improve a hit? For starters, you keep intact what made the last model so desired, all while projecting it into the future with more technology, more room, and reducing its dependence on fossil fuels. 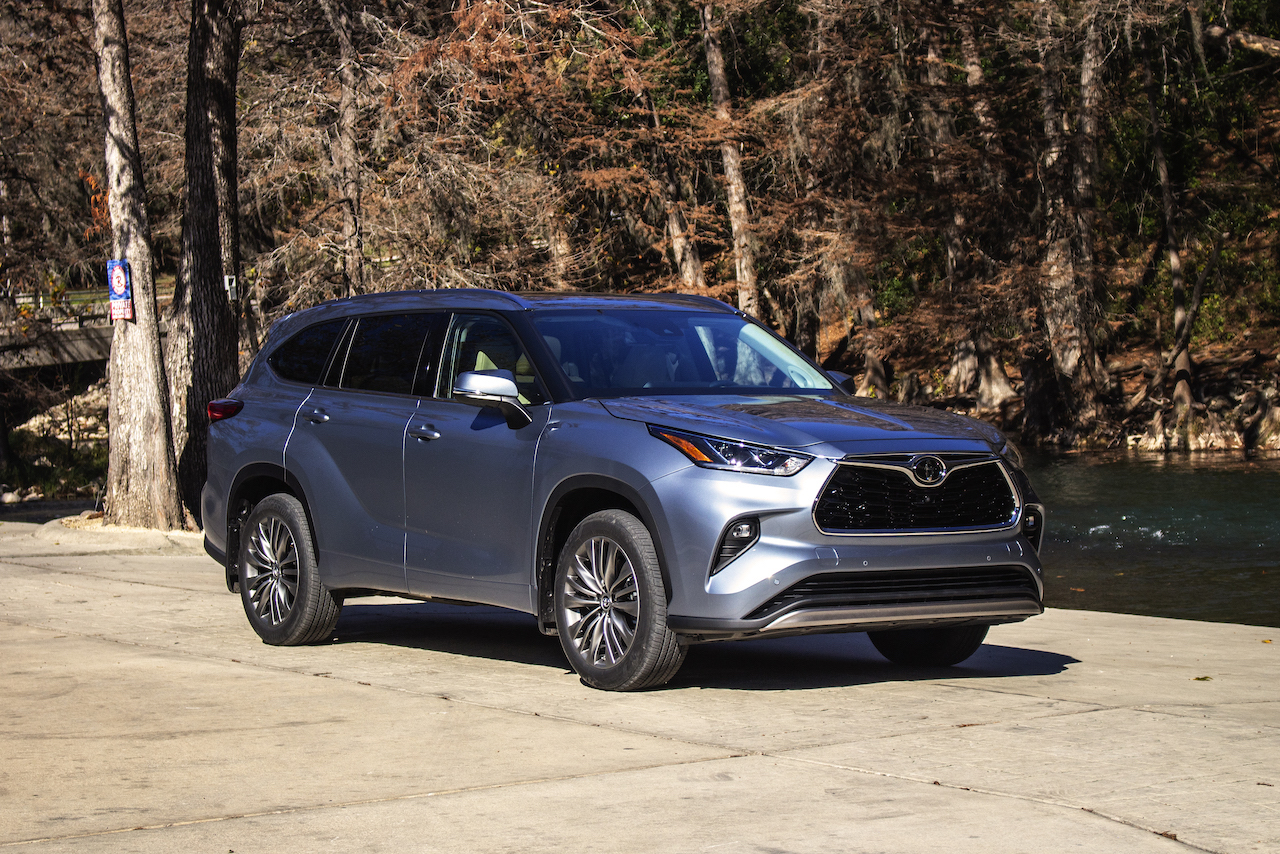 The fourth-generation Highlander is entirely new from the ground up, riding on Toyota’s modular TNGA-K architecture which also underpins the smaller RAV4, but also the Camry, Avalon and Lexus ES sedans.

The new layout not only significantly lowers the Highlander’s centre of gravity for improved handling and stability, but also stretches its wheelbase 60 mm and widens front and rear tracks 5 mm. While larger, the new vehicle is actually 160 kg (352 lb) lighter than its predecessor due to an aluminum hood and fenders, as well as a rear hatch made of composite plastic.

Consumers can either opt for a tried and tested 3.5-liter naturally aspirated gasoline V6, which carries over unchanged at 295 horsepower and 263 lb-ft of torque. It’s still mated to an eight-speed automatic gearbox, and will still tow 5,000 pounds (2,267 kg), which is on par with key rivals Honda Pilot, Subaru Ascent, Chevrolet Traverse, Kia Telluride / Subaru Ascent and Volkswagen Atlas. Only a Ford Explorer, Dodge Durango and Nissan Pathfinder can pull more. 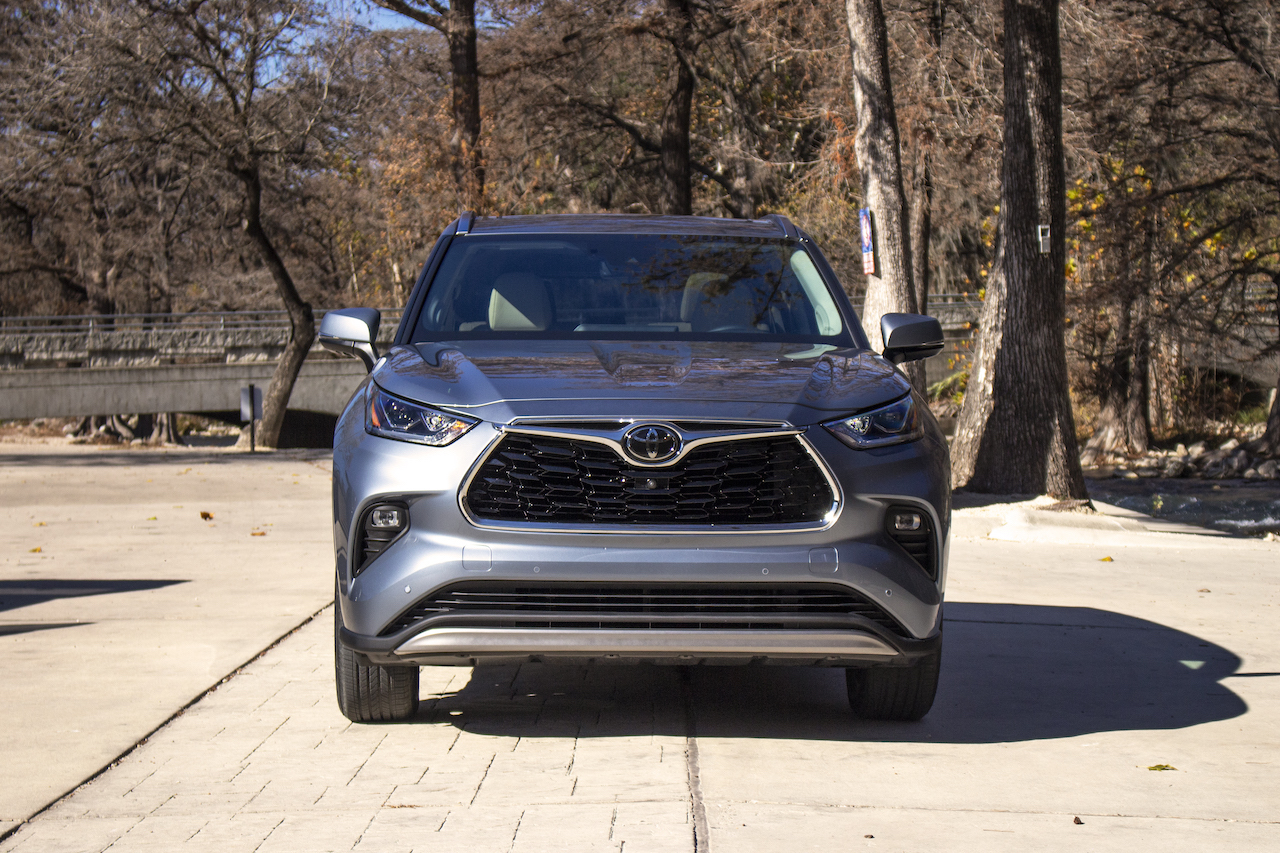 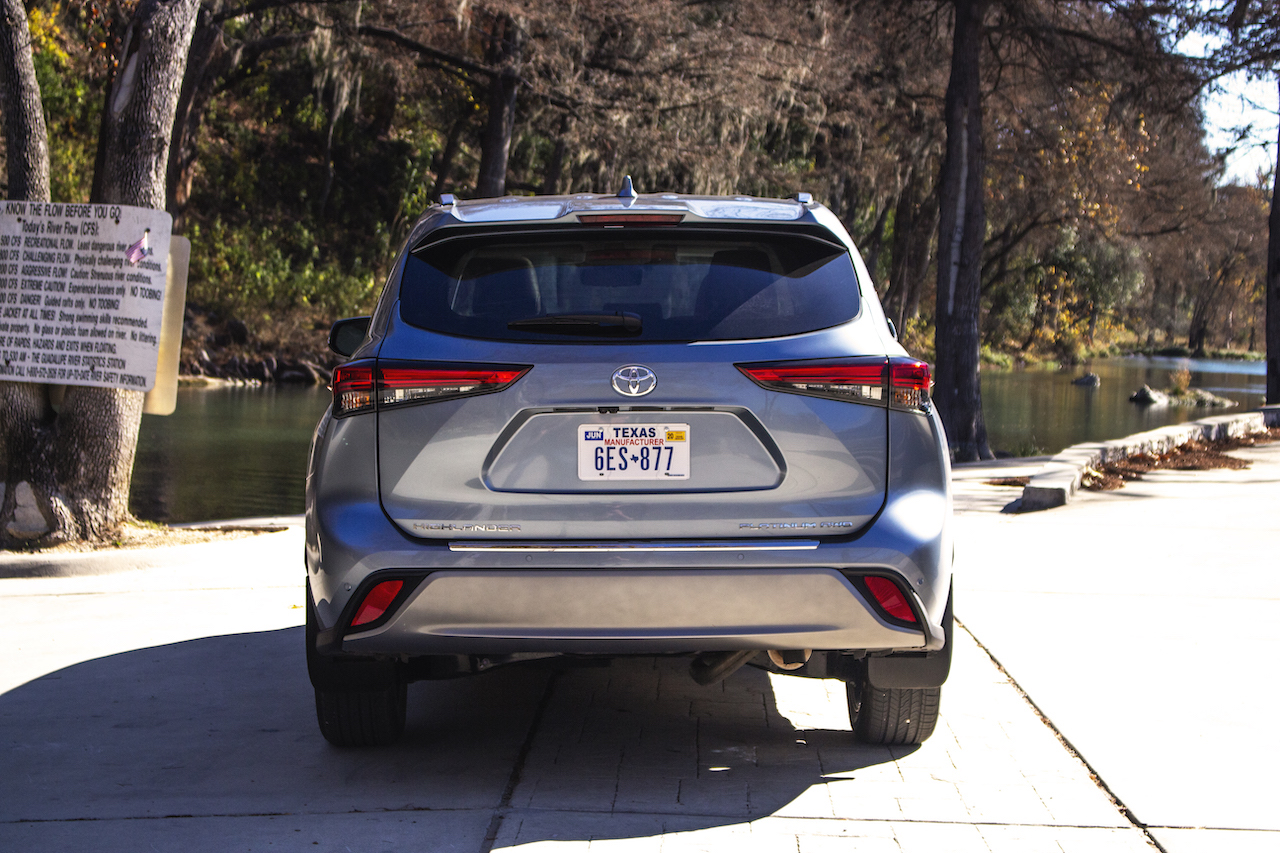 The show stopper here really is the new hybrid powerplant, which was carried over from the RAV4. While the last-generation Highlander hybrid relied on a V6 engine as its main source of propulsion, the new setup utilizes a 2.5-liter Atkinson-cycle four coupled to two tiny electric motors and a continuously variable automatic transmission (CVT).

During our run with the Highlander hybrid, we managed to maintain a steady 7.2L/100 km average with minimal effort. Those are game-changing numbers for the segment. While its towing rating is low when compared to the 5,000-pound capability of the Ford Explorer hybrid, the Highlander’s real-world fuel consumption ratings are much more convincing than its American rival.

If you don’t expect to pull anything with your Highlander, but rather use it as a trusty family hauler, we suggest opting for the electrified variant. 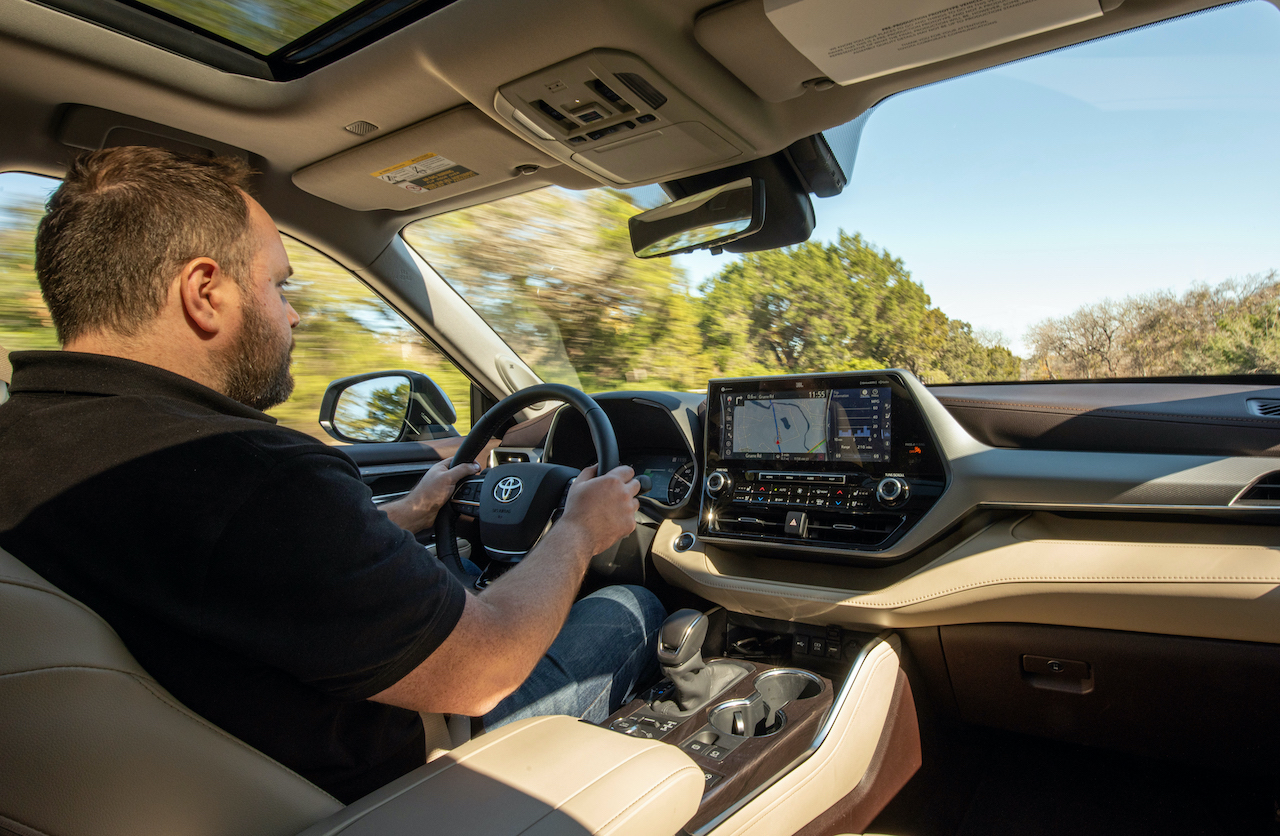 Those, the art of carrying a family and its gear, the Highlander achieves like a champ. We were impressed by the level of craftsmanship found even in the lower-tier trim levels, with high quality materials, impeccable fit and finish and a supremely refined ride.

Better equipped Limited and Platinum Highlanders get seriously high-end leathers, veneers and attractive color combinations on par with luxury vehicles costing much, much more. In many cases, we felt we were riding in a Lexus. That’s how premium a well-equipped Highlander now feels.

It also comes loaded with neat standard features. Even if you opt for a bargain-basement L FWD model with its entry price of $39,990, you’ll get Android Auto connectivity – a first for the Highlander -, a windshield wiper de-icer, and a rearview camera washer.

The variants most consumers will undoubtedly go for will be LE ($43,490) and XLE ($45,990) AWD, which both undercut the previous-generation model some $200, all while offering more standard equipment. 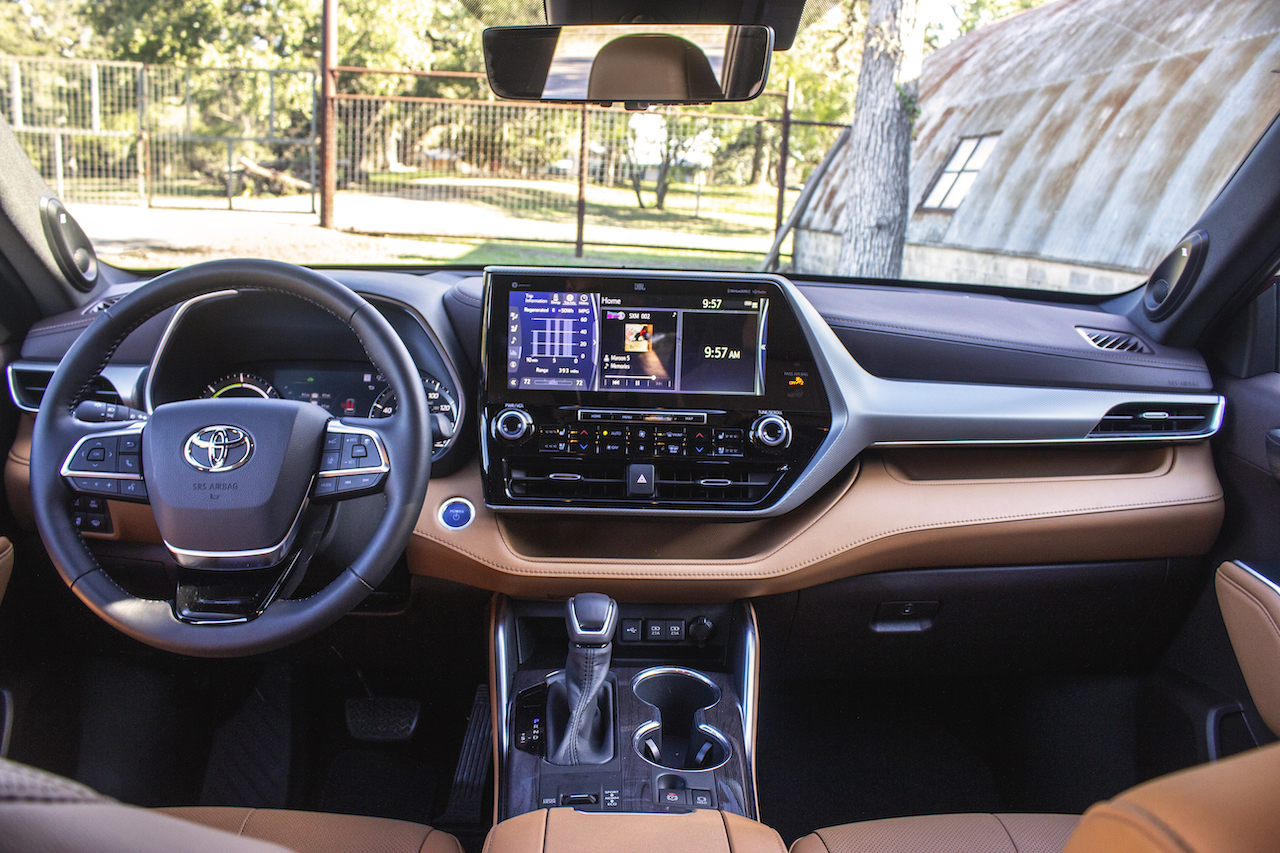 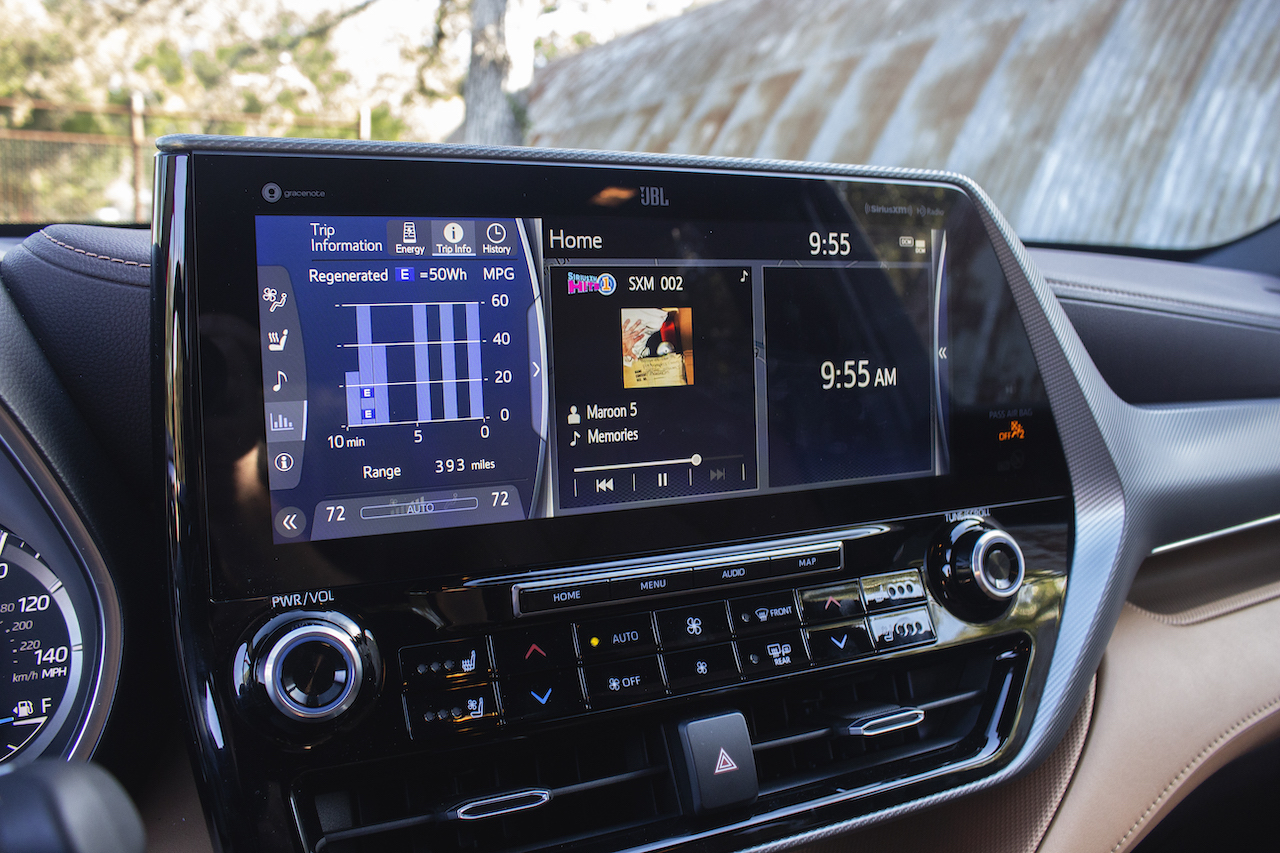 Overall cabin comfort in the Highlander is excellent, with plush front seats on the higher trim levels and an easily accessible second row of seats, which can be moved around for easier third row ingress.

That said, while accessing the third row can be achieved with only a fair bit of contortionism, it’s not an ideal place for adults to spend some time. We recommend keeping those rear seats for the kids. We were also somewhat disappointed by the Highlander’s overall cargo space. While significantly larger than the model it replaces at 2,075 liters, it’s easily outgunned by virtually all its main rivals, notably the Honda Pilot (3,092 liters), the Ford Explorer (2,486 liters), the Kia Telluride / Hyundai Palisade (2,455 / 2,447 liters) and Subaru Ascent (2,446 liters).

We did however appreciate the way the Highlander V6 performed during spirited handling. While it was never intended to be a sports car, nor a performance SUV for that matter, its V6 engine makes ample power, sings enjoyable sounds, and allows for some rather spirited acceleration. We also have nothing to say about the eight-speed automatic gearbox which gave us the gears we wanted each time we commanded it to.

Unfortunately, we can’t exactly say the same about the hybrid powertrain. While respectfully quick off the line with a claimed 0 to 100 km/h time of 7.7 seconds, the four-cylinder laments itself under load. It’s not a particularly enjoyable soundtrack. We also found tire roll to be above average in the hybrid, presumably due to the low-resistance tires Toyota had equipped our test unit with. 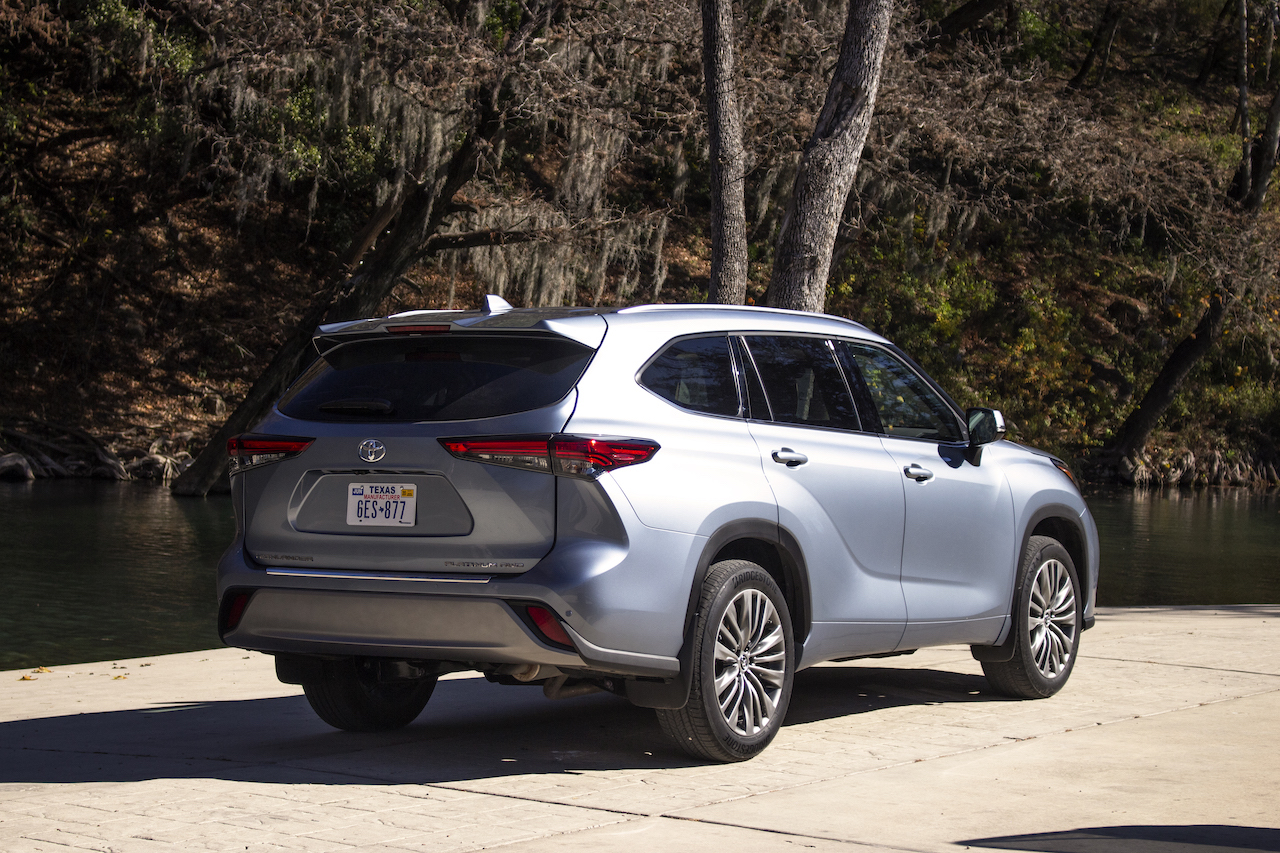 Finally, while Android Auto is a welcome feature, the Highlander’s infotainment interface presents itself through a mashup of complexity. Granted, the available 12.3-inch screen is the largest in the segment, but the information presented through it isn’t shown in the most modern interface. Accessing menus can at times be tedious, overall presentation cluttered, and finding vital information proved cumbersome and downright irritating.

But hey, none of these flaws will prevent the 2020 Toyota Highlander from selling well. And we have no issue recommending either the V6 or the hybrid, simply for their stellar reliability record and impeccable resale values.

After all, what consumers want from such a vehicle is a reliable family shuttle that will cost them very little in maintenance and fuel. And the 2020 Highlander, especially in hybrid form, simply delivers. 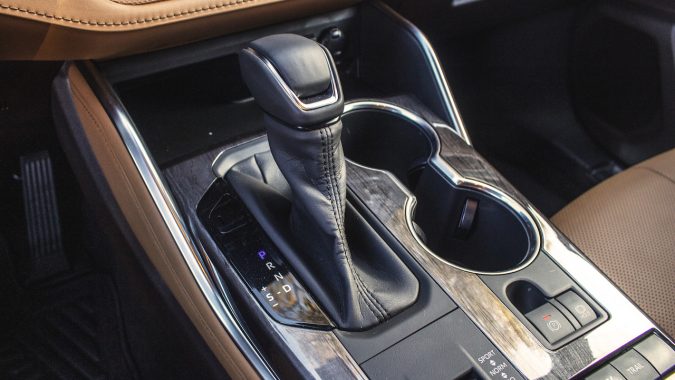 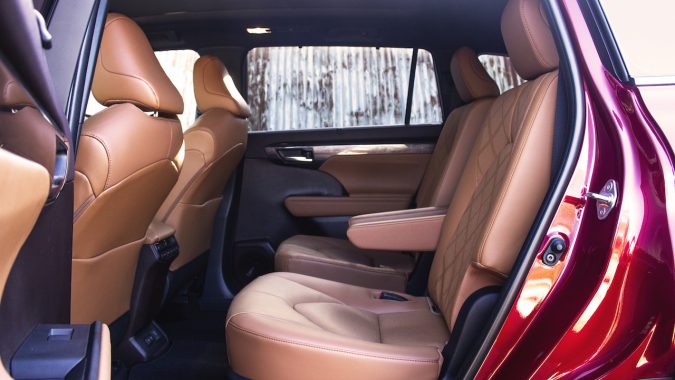 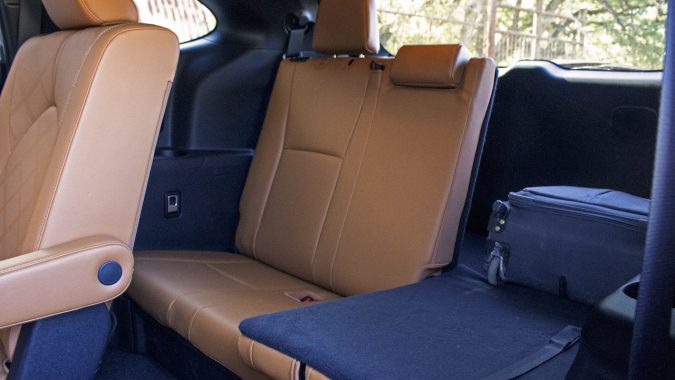 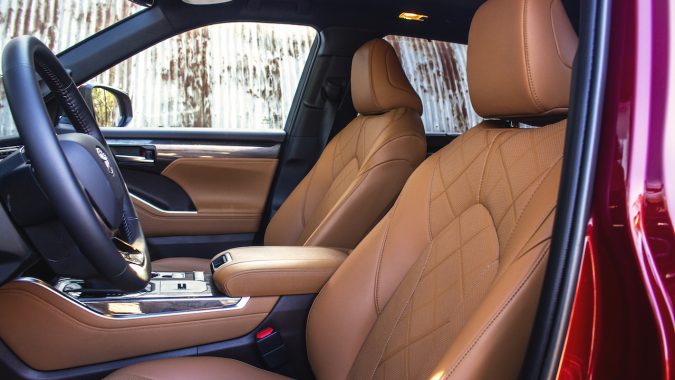 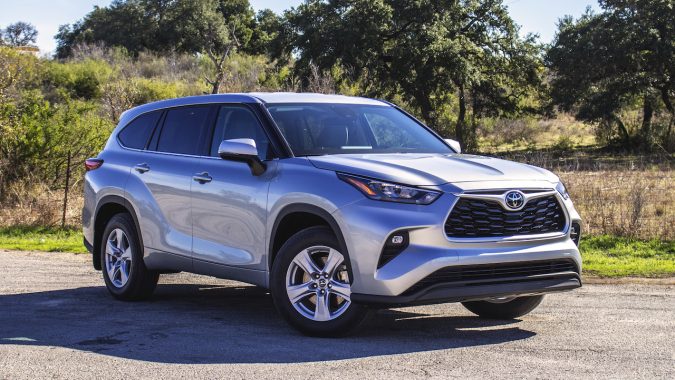 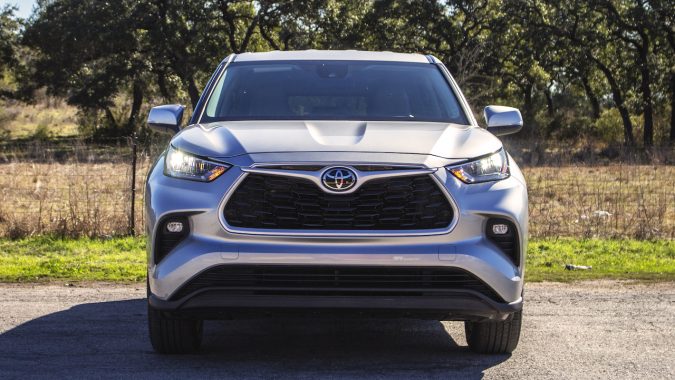 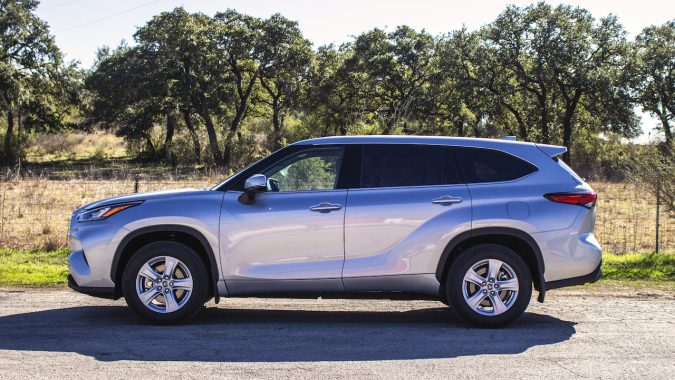 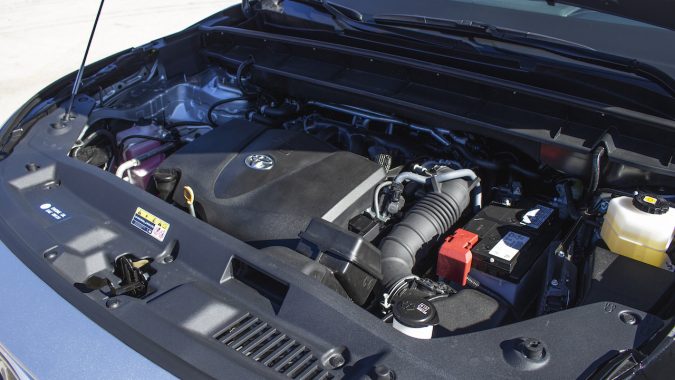 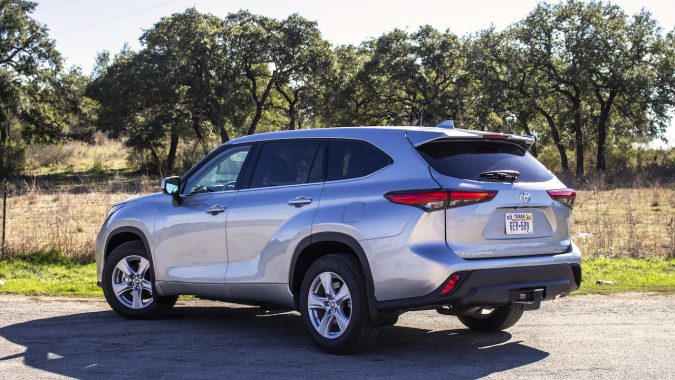 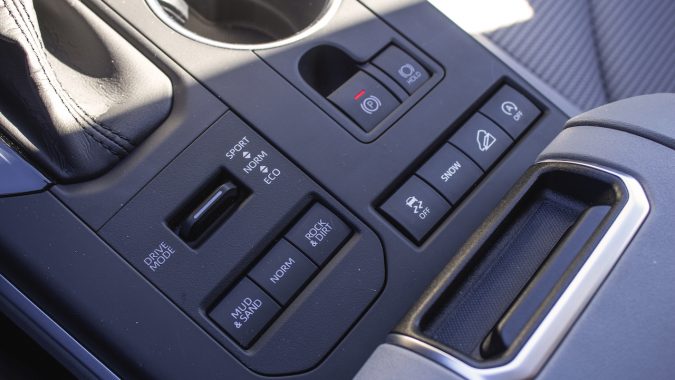 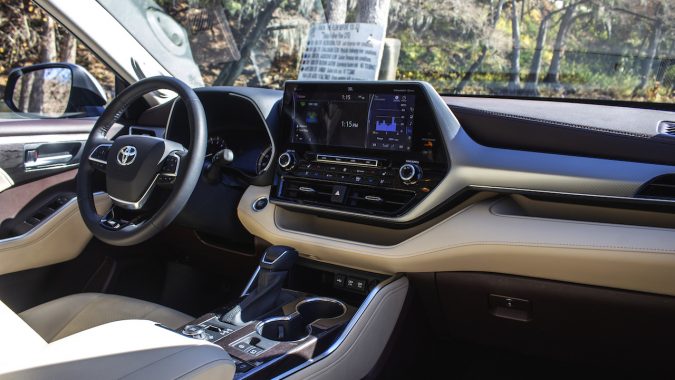 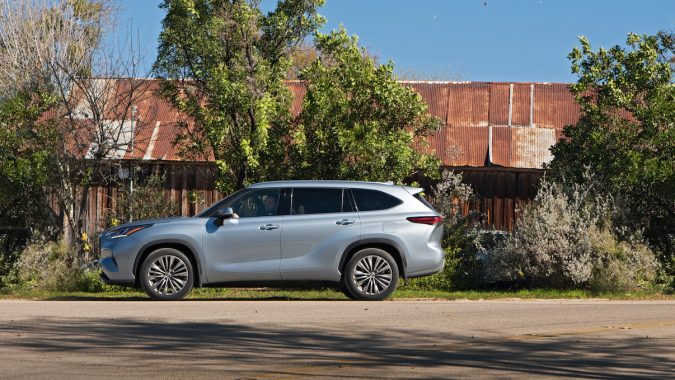 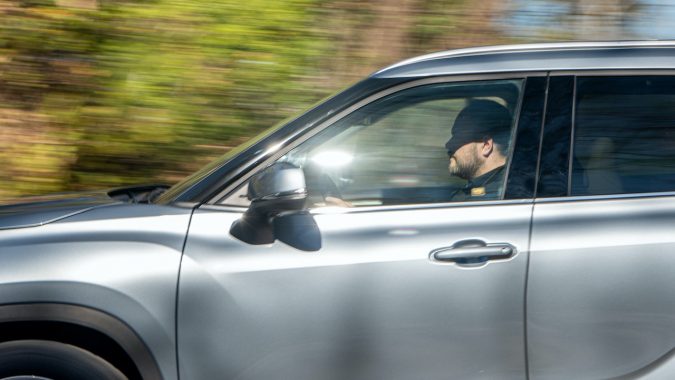