Subaru builds on its Legacy. A full 98.3 per cent of Subarus built in the last 10 years are still on the road.

VERNON, B.C.: It was Subaru that arguably brought the concept of affordable all-wheel-drive to Canada with the 1989 Legacy sedan.

It was a bold step for one of the smallest automakers in the world, but it worked and when you look around today, having AWD in any Canadian model lineup is crucial.

Now in its seventh generation, the 2020 Legacy builds on its original strength of AWD affordability, in this case with a starting price of $26,395.

Subaru is first and foremost an engineering, not marketing, driven company, where the engineers have the final say on any of its products.

Never flamboyant in styling, Subarus excel in build quality to the point that 98.3 per cent of all models built are still on the road.

But that’s not to say the 2020 Legacy is dull to look at and, in fact, it has very contemporary lines with a large window area, which makes it feel light and airy inside. 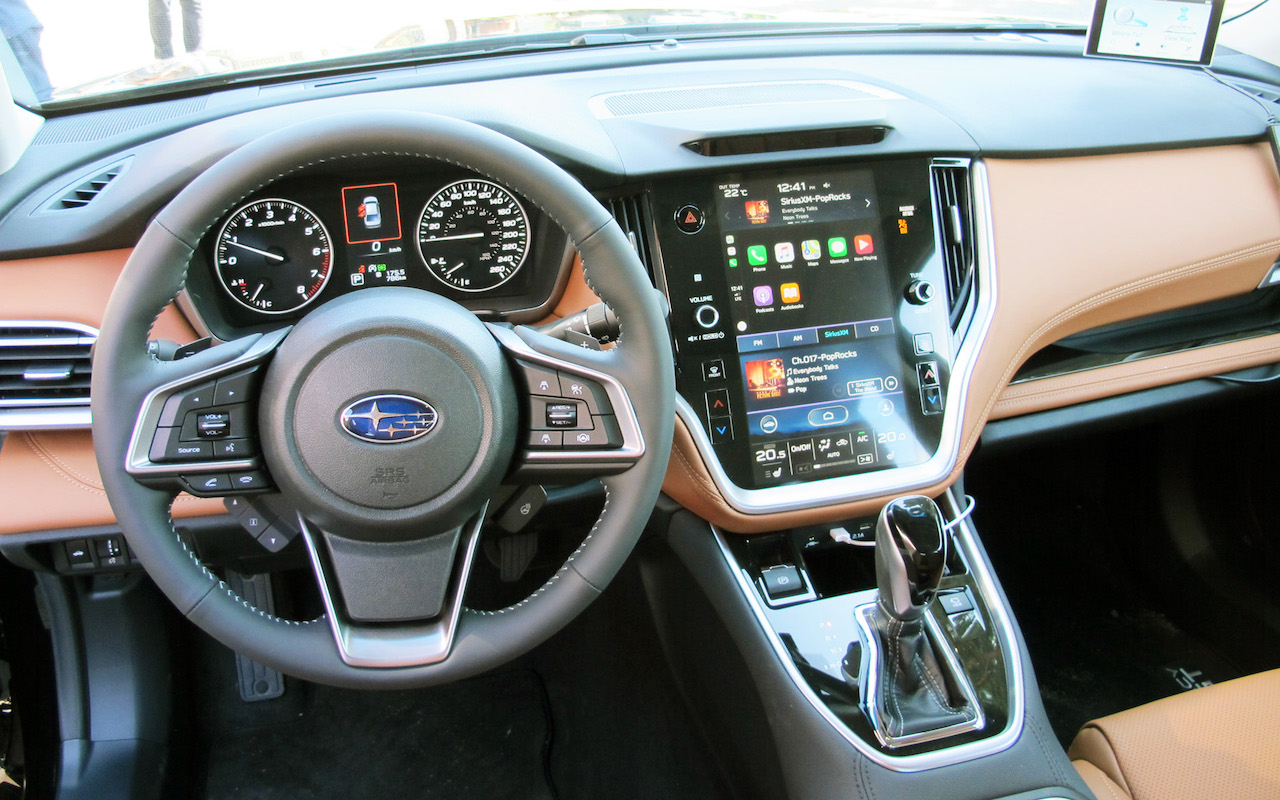 The cabin is very nicely laid out with all controls easy to view/use and, for the first time, includes Subaru’s Starlink Connected Services (on most trims), which is a free three-year trial subscription and uses the nationwide 4G LTE cellular network.

It is completely separate from customers’ mobile devices, thus allowing them to stay connected to their vehicles while also receiving important information.

Integrated directly into the vehicle, the system uses voice-response technology with the addition of live assistance for features such as Advanced Automatic Collision Notification in the event of a collision, SOS Emergency Assistance, Enhanced Roadside Assistance and Concierge Service.

Customers utilizing these services can receive automatic emergency assistance in the event of a collision, remotely access vehicle features, schedule service appointments with dealers and receive point of interest navigation information and more. 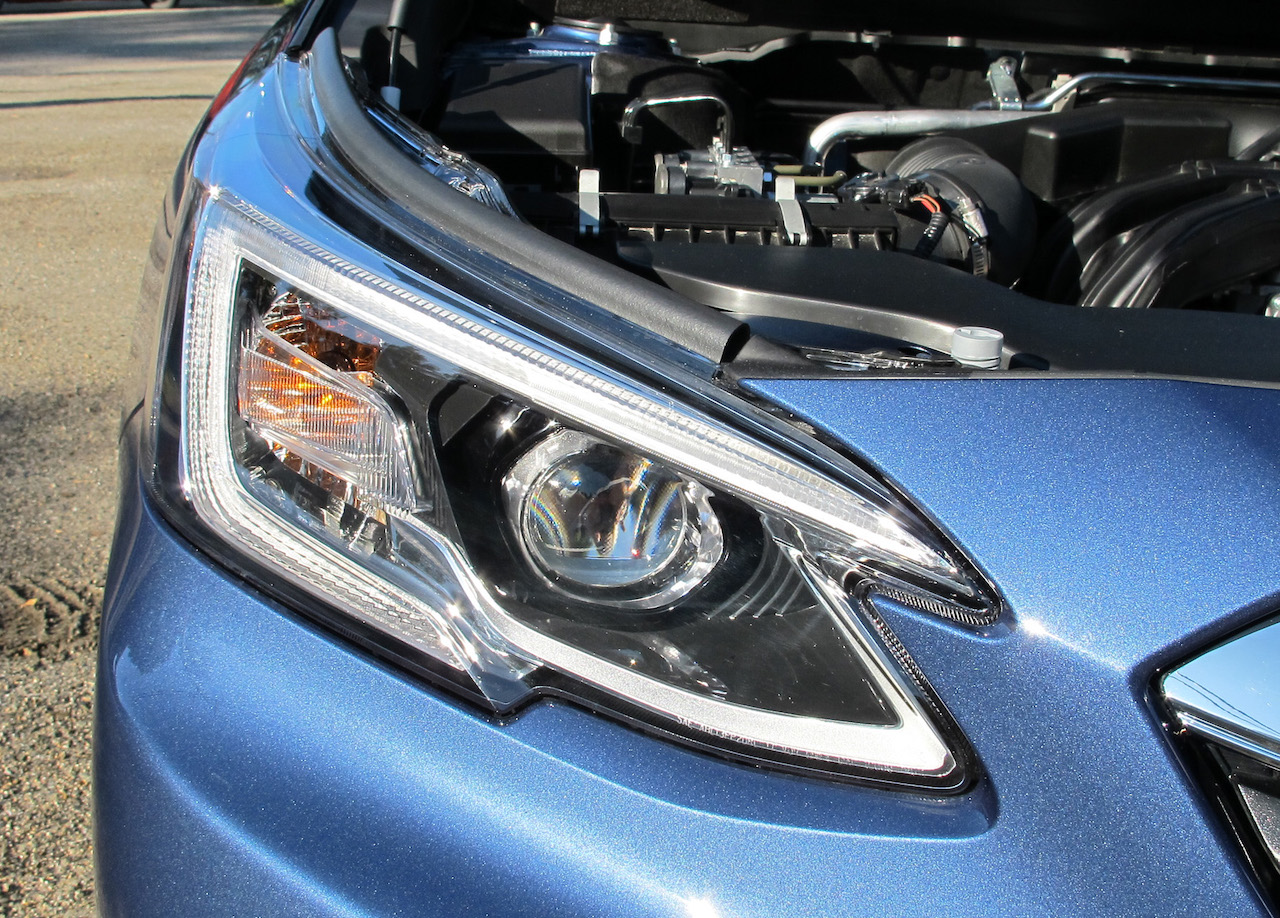 While drivers should be in control at all times and keep their hands on the steering wheel, this new functionality uses the EyeSight system’s stereoscopic cameras to recognize lane markings and the preceding vehicle to stay centred within the vehicle’s lane of travel.

At the press introduction, Subaru officials stressed this is not Level 2 (semi-autonomous) driving, but you can read into this that it will be available soon.

Marking a return of the GT model, it features a 2.4-litre version of the Boxer four-cylinder but, this time, turbocharged for 260 hp and 272 lb/ft of torque with the same CVT.

Power, of course, is through Subaru’s famed Symmetrical All-Wheel-Drive system, which has been constantly refined for more than 30 years.

You hear a lot about “seamless” AWD torque transfer and Subaru’s is the real deal. 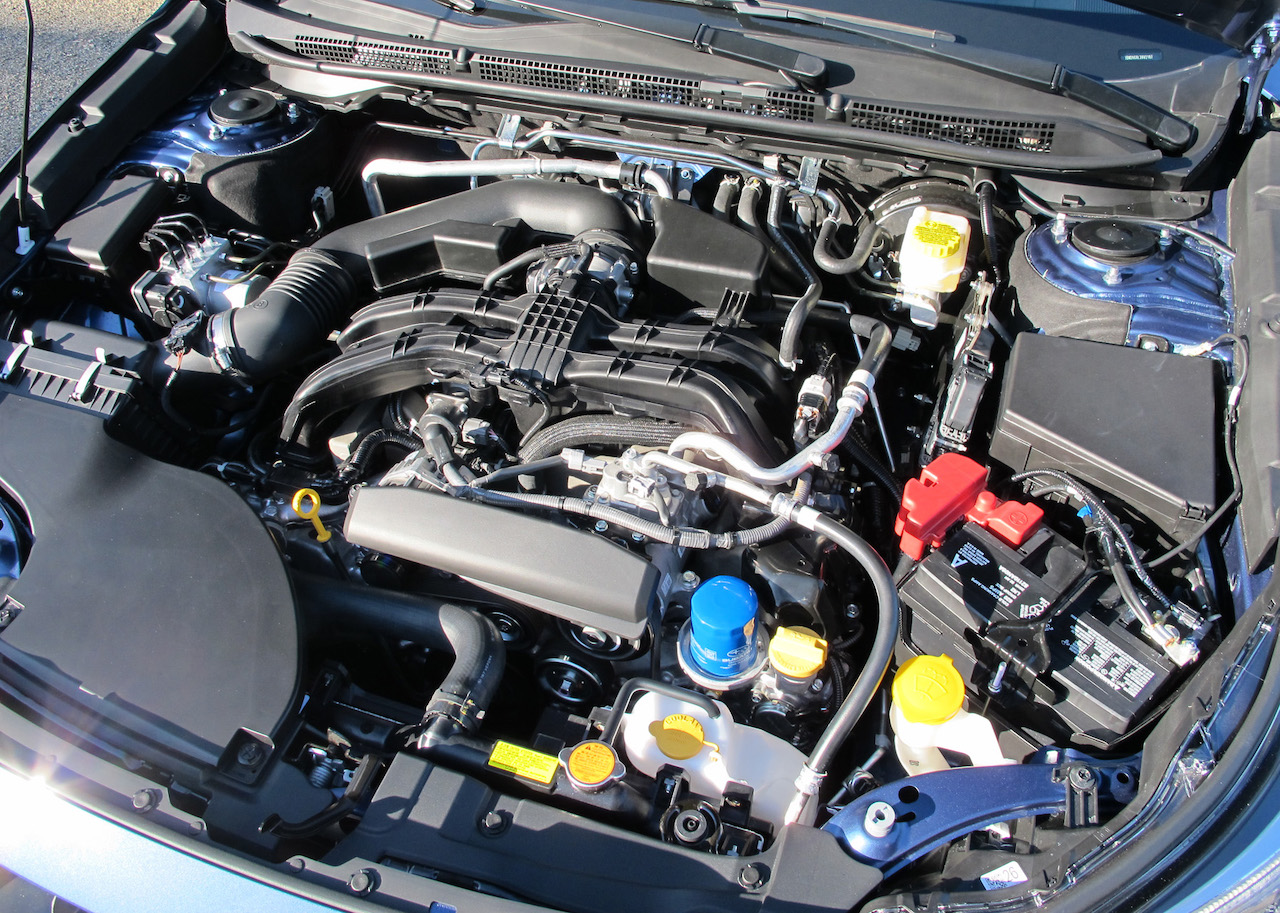 The venue for the Canadian press launch of the new Legacy was centred in Vernon, B.C., but the route went north towards Kamloops, Falkland and Salmon Arm, up and over hilly country for the most part.

Right off the bat the solid feel was evident, and not surprising, as the Legacy rides on Subaru’s Global Platform. It is stout enough to absorb 40 per cent more energy in a crash than the previous Legacy.

I drove both engine versions in Limited top trim models, finding the 2.5-litre up to the task except on steep inclines at high elevations where the thinner air took its toll.

This was cured by switching to the 2.4-litre turbo, which never felt stressed and was ready, willing and able to pass the lines of campers taking in the last of the summer season in the mountains.

My co-driver said he found the steering on the light side, but not so in my case.

Outward visibility was exceptional and was one of the reasons my co-driver bought a Subaru Impreza for his wife, who is short in stature and needs to see out the back when driving. 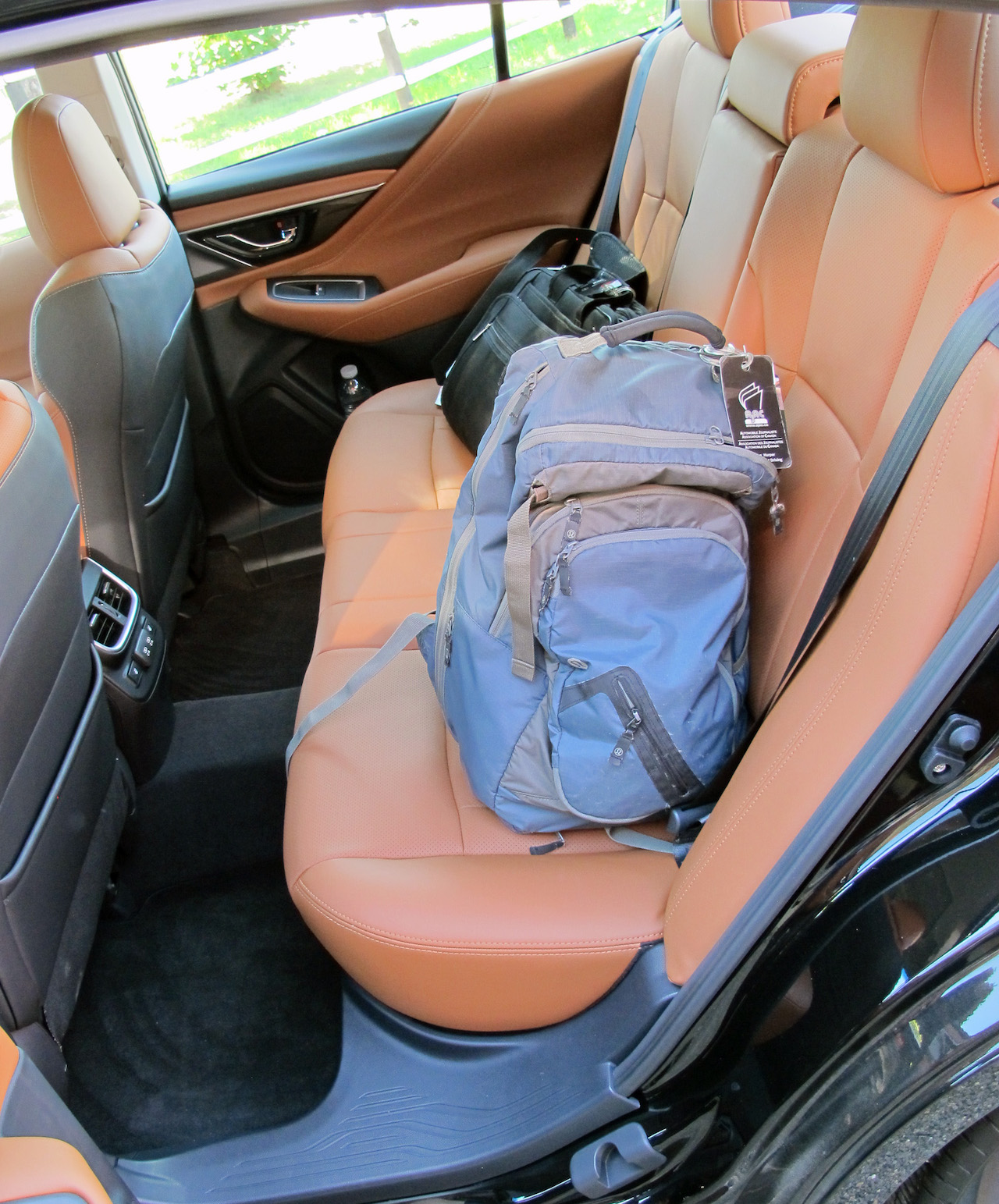 My six-foot, two-inch co-driver also tried the back seat on for size and found he had lots of legroom.

There are six trim levels, four with the 2.5-litre and two with the 2.4-litre.

While sedans are fading, those with AWD like Subaru and Audi are selling well, as Canadians increasingly are embracing and appreciating the advantage. 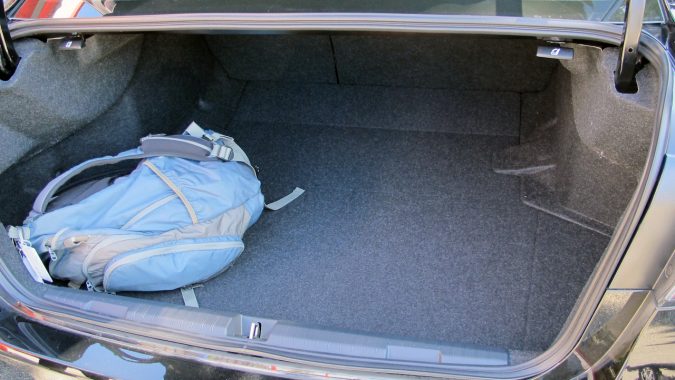 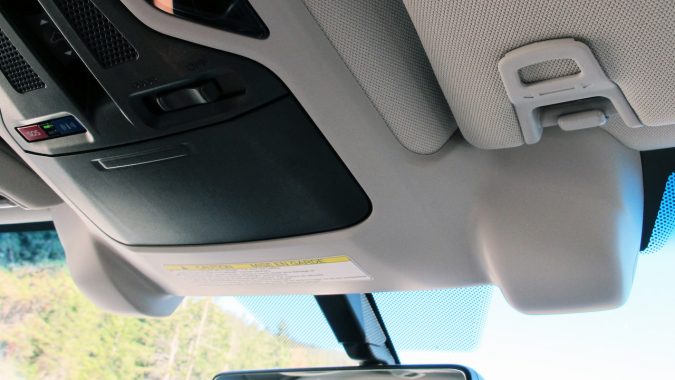 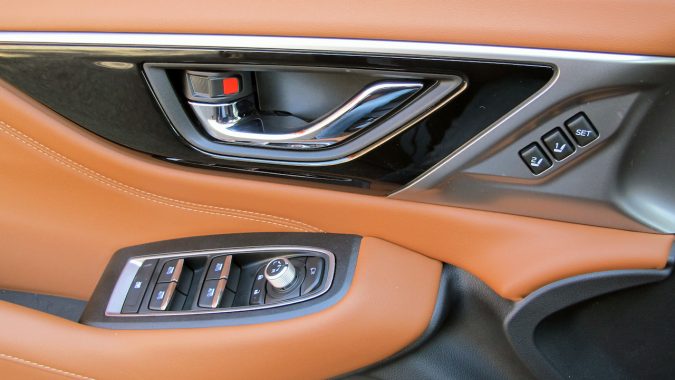