At home in town or in the mountains

ATHENS, Greece: When the Range Rover Evoque bowed in 2011, it turned the small luxury crossover market on its ear.

Its jaunty, backwards baseball cap roofline, on- and off-road prowess and dollops of Range Rover luxury redefined the segment.

Almost every part has either been replaced or re-engineered.

The new Evoque is initially being offered in gasoline or gasoline/mild hybrid form, while a plug-in hybrid is supposed to be in the works.

The engine is the now familiar Jaguar/Land Rover 2.0-litre turbocharged, direct injection four-cylinder producing 246 hp and 269 lb/ft of torque. The addition of the 48-volt lithium-ion battery pack and electric motor is new and used solely to provide a little extra launch/acceleration power, bumping performance up to 296 hp and 295 lb/ft of torque. 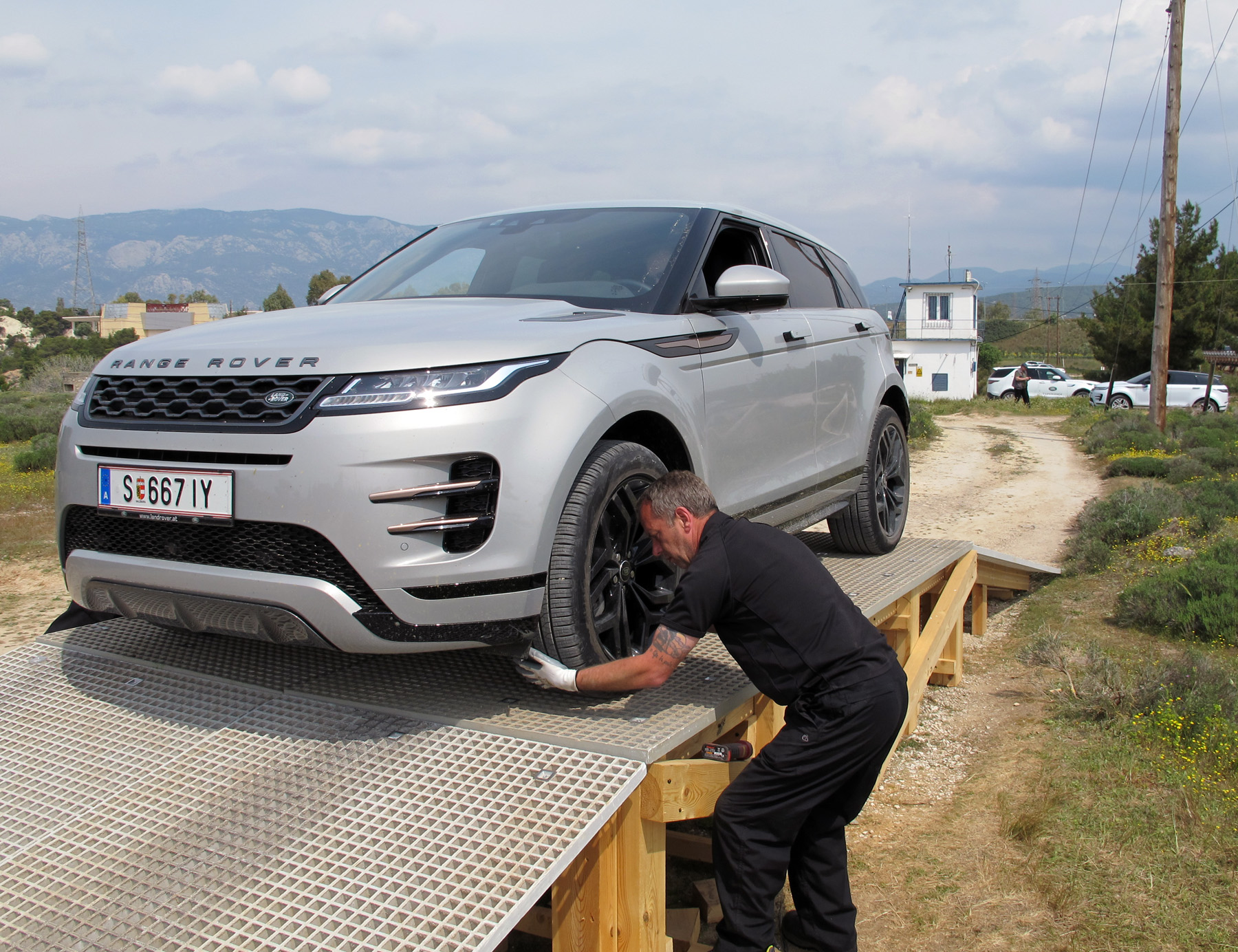 Being a Range Rover, off-road capability is a given.

So, the company went out if its way to find some of the most challenging mud and gravel roads they could find in Greece, where the media launch was held.

I’m talking about runoff-worn ruts plus exposed and embedded rocks so sharp we had to stop several times for the technicians to visually and hand-check each tire for punctures.

Not fitted to the car we were driving, but available as part of a package or a $800 standalone option is the ClearSight Groundview camera that lets the driver see a 180-degree view of the terrain in front of the Evoque projected onto the vehicle’s upper touchscreen. 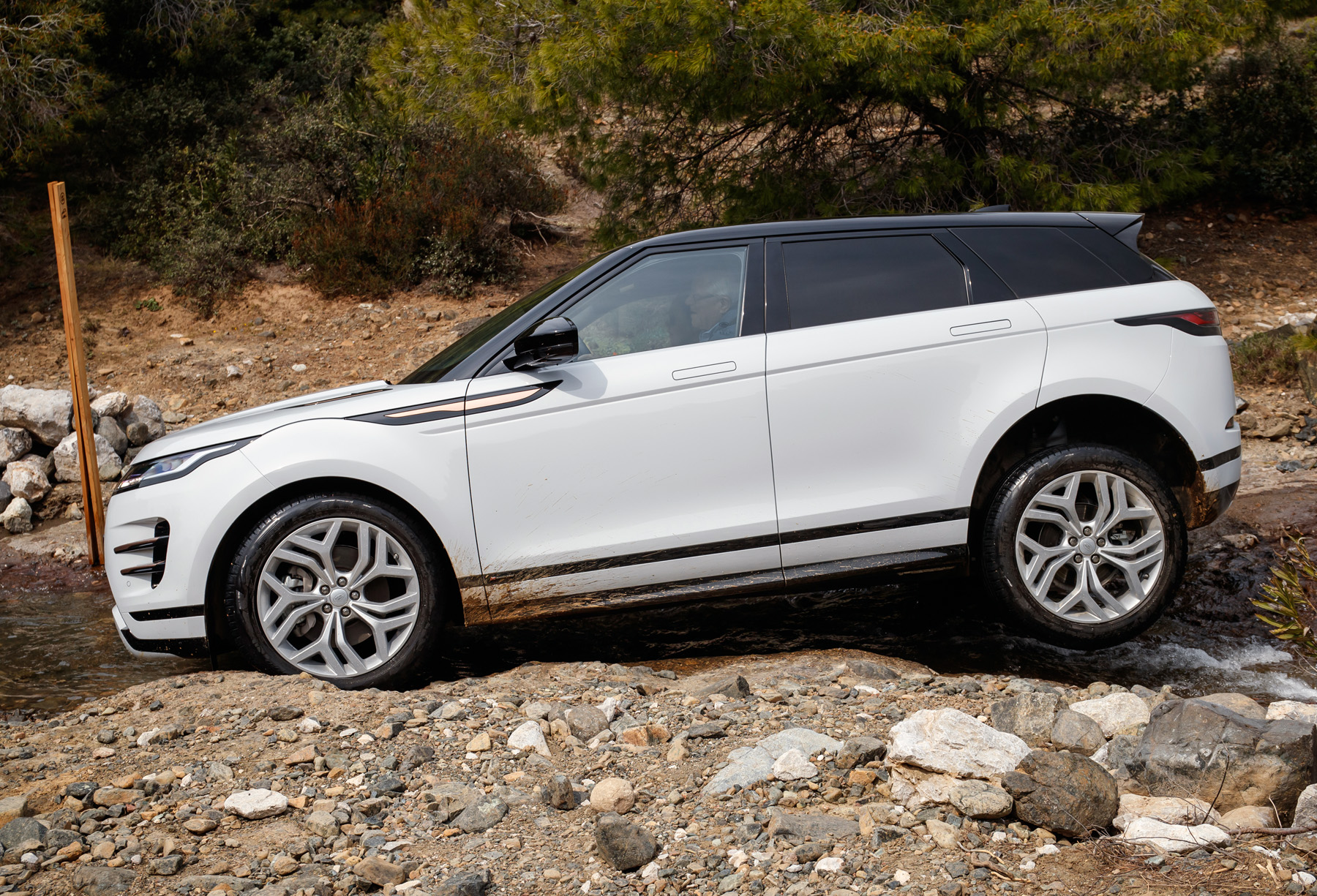 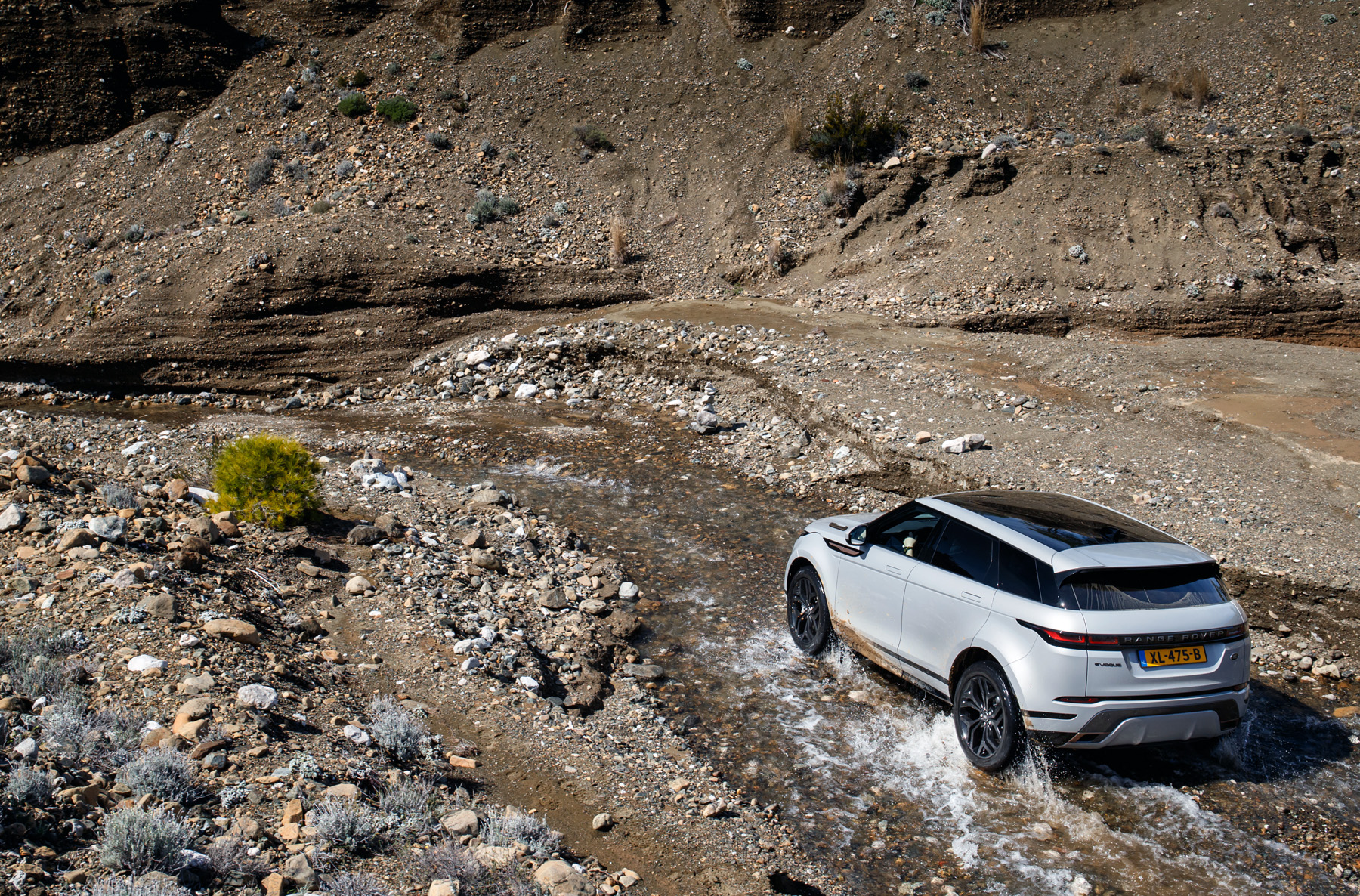 Typical of any Range Rover event is not only a diabolical off-road path up and down impossible angles, but also driving through some kind of water course and this time was no different.

A wizard piece of technology is the optional Wade Sensing feature that uses ultrasonic sensors in the exterior mirrors designed to measure the depth of the water the vehicle is currently wading.

Making all this as possible is standard AWD Driveline Disconnect. Combined with the available second-generation Active Driveline (standard on hybrid models) and the optional Adaptive Dynamics feature, Evoque can handle the most challenging conditions you can imagine.

And for more adverse conditions, the standard Terrain Response2 system is designed to automatically detect the surface being driven on and adjust the vehicle’s response as conditions demand.

Descending down a wet earthen road with no safety railings, we encountered dense fog and that’s when the Evoque revealed the best safety feature I’ve seen since the rear-view camera. 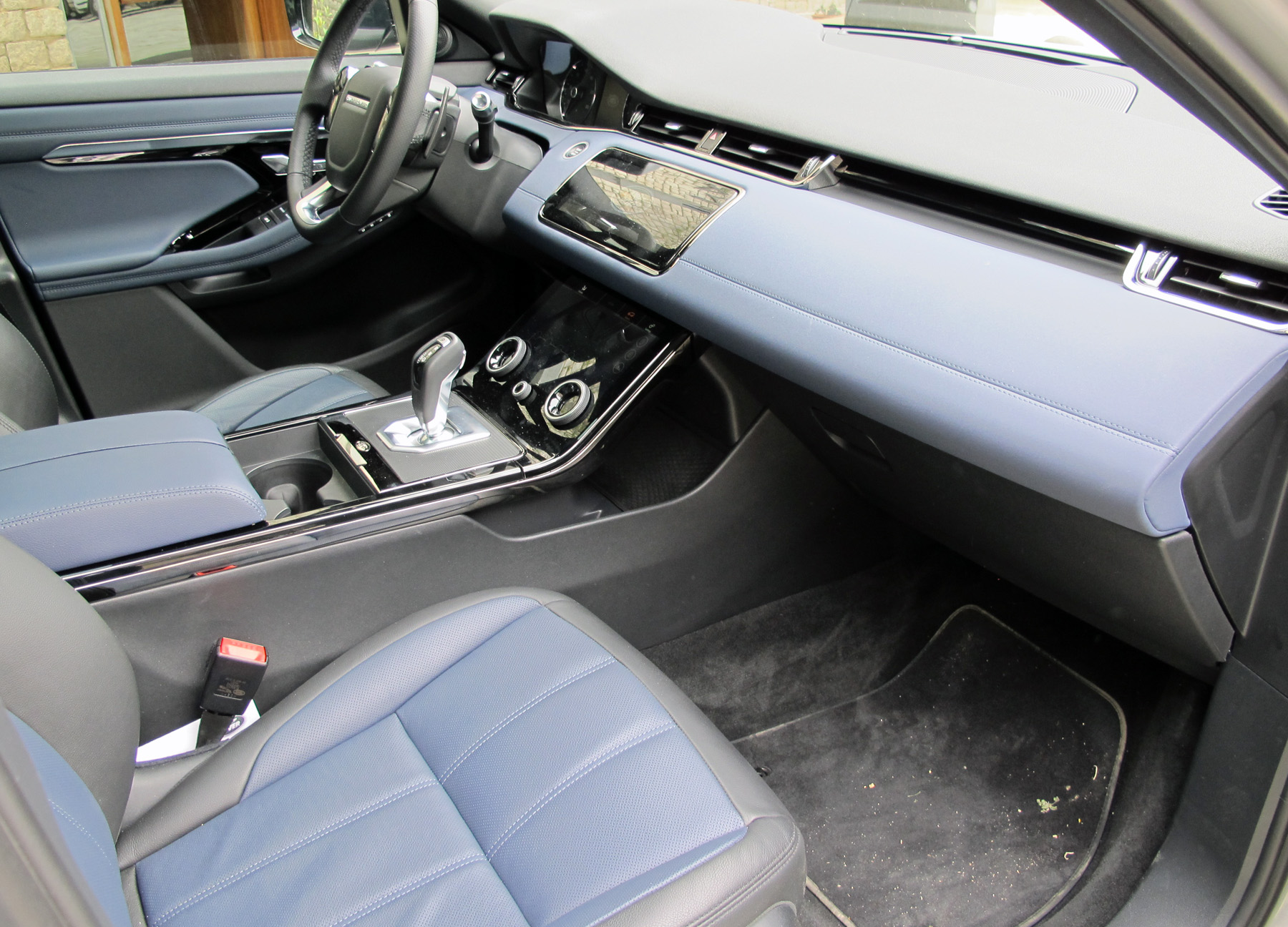 When switching on the fog lights, two piercingly bright red LEDs on each side of the rear bumper are automatically illuminated. It makes it possible to know there is a car ahead in dense fog or driving snow even if you can’t see the car itself.

I’d like to see this be made mandatory on all vehicles.

Styling-wise, the Evoque has lost none of its panache, although the exterior is smoother thanks to flush fitting door handles and new, slim LED head and taillights that add to the uncluttered lines.

The interior retains its minimalistic design, incorporating sustainable materials instead of plastics such as Eucalyptus-sourced textiles. In fact, up to 33 kg (72.7 lb) of natural or recycled materials are found in each Evoque.

Stowage is facilitated by a large centre console with twin sliding armrests, doors that can now accommodate large 1.5-litre water bottles and storage behind the lower touchscreen, which can discreetly hold small items such as wallets and cell phones.

And if you’re up in the mountains, it doesn’t mean you’re not connected, because the Evoque is its own 4G WiFi hotspot that can handle up to eight devices aided by six USB ports.

The Evoque is the first Range Rover to incorporate “Smart Settings” artificial intelligence algorithms that learn driver tendencies. It recognizes the driver from their key fob and phone and will set up their seat and steering column position on approach, allowing for up to eight profiles to be stored.

The Evoque can actually “remember” the driver’s preferred temperature settings, media preferences and commonly dialed numbers depending on the time or day of the week.

How’s that for something new?

Yes, when it comes to the luxury sub-compact CUV segment, the 2020 Range Rover Evoque has raised the bar again. 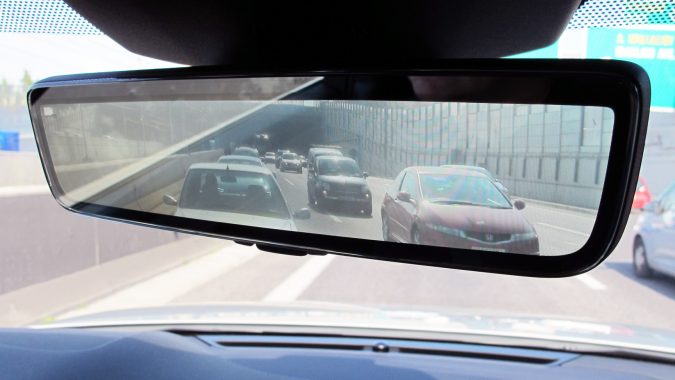 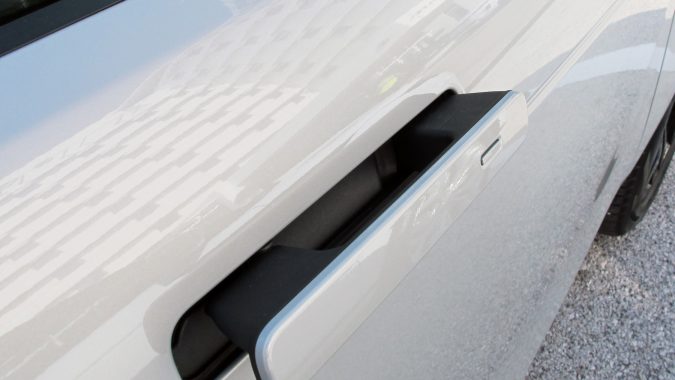 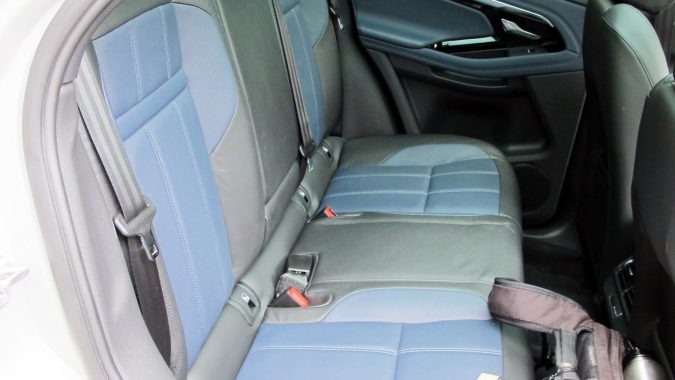 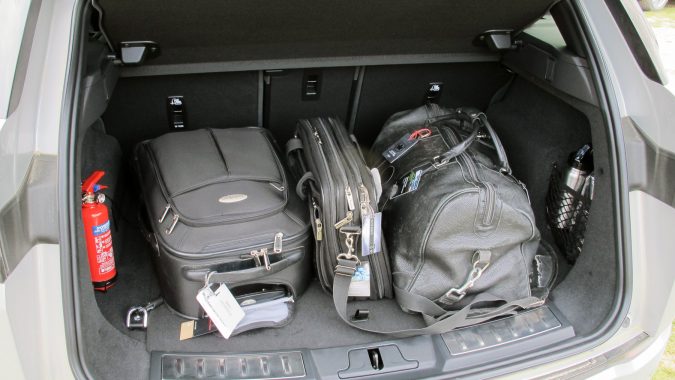 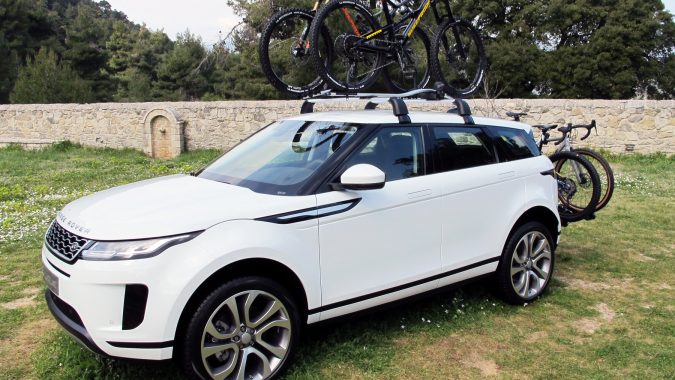 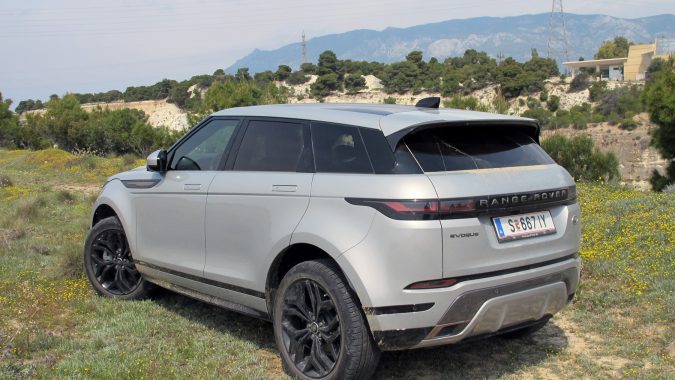