DULUTH, MN: In the hotly-contested pickup arena, incremental changes can sometimes lead to massive gains and such may be the case with the 2020 Ram, now with new diesel power.

On top of that, once the fuel consumption figures have been finalized, Ram expects to have the best economy in class.

Ram is also making the diesel available on all its six trim levels – Tradesman, Big Horn, Rebel, Sport, Longhorn and Limited, which are going into production at this writing and arriving at Canadian FCA dealerships in Q4. 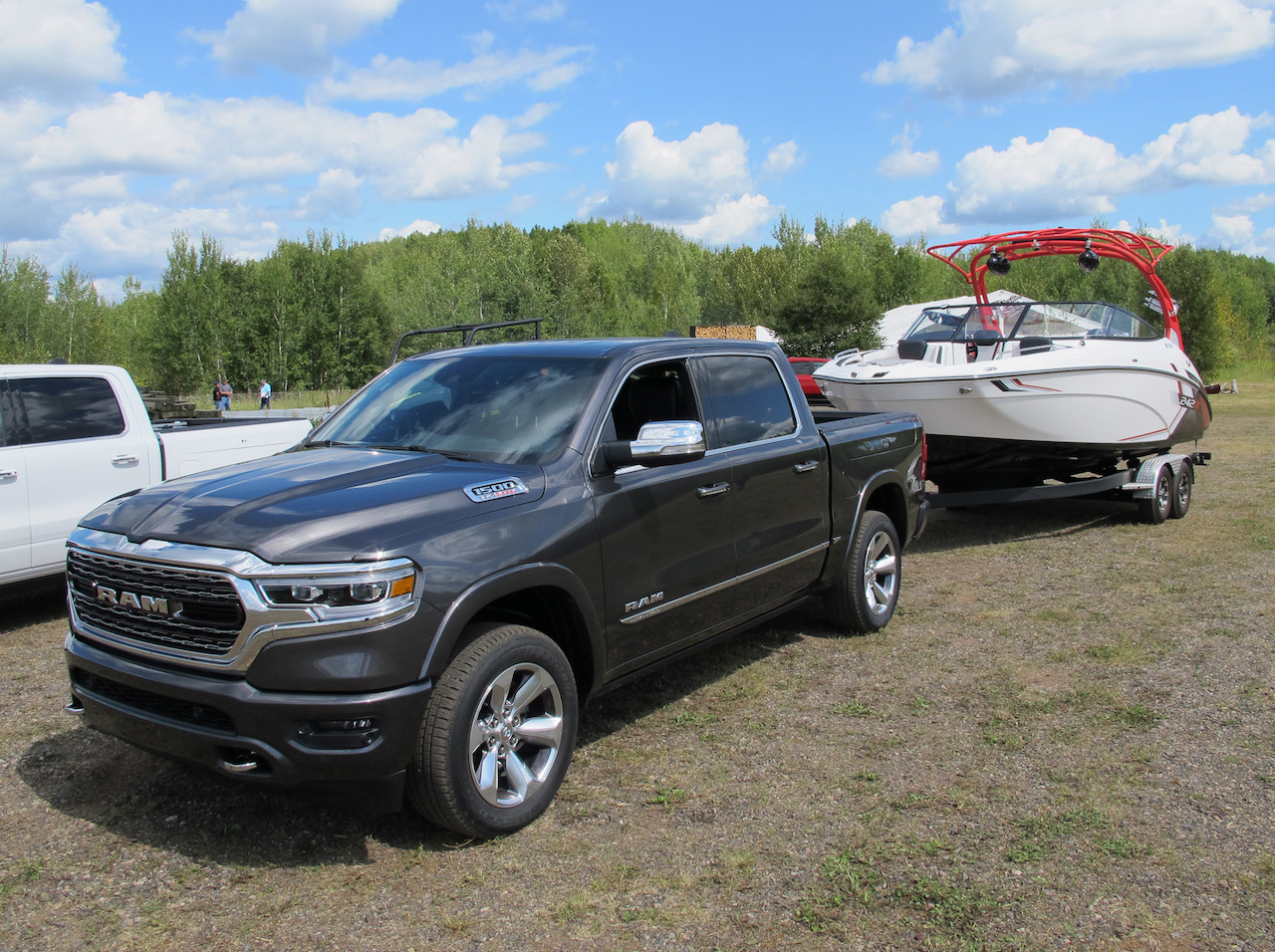 This is the third generation of the 3.0-litre and there are a lot of changes, starting with a new, water-cooled turbocharger with variable geometry. A first for a North American diesel is a dual high pressure and low pressure exhaust recirculation system that cools the manifold, thus improving fuel economy.

Aluminum is used extensively to lower weight with 100 lb shed from the diesel’s engine block and 125 lb less from the body, while roll stiffness is up 20 per cent.

Aerodynamics across the Ram lineup has improved by nine per cent with an active aero shutter behind the grille that closes to force air around the fenders rather than into the engine bay.

Diesels are known to be noisy, so Ram opted for frame-mounted active tuned mass modules (ATMM) that search out and quell NVH combined with Active Noise Cancellation in the cabin.

During the Canadian media introduction in Duluth, MN, the diesel could be heard, but it sounded like it was a long way away. The only time it was noticeable was gunning it on a steep incline. 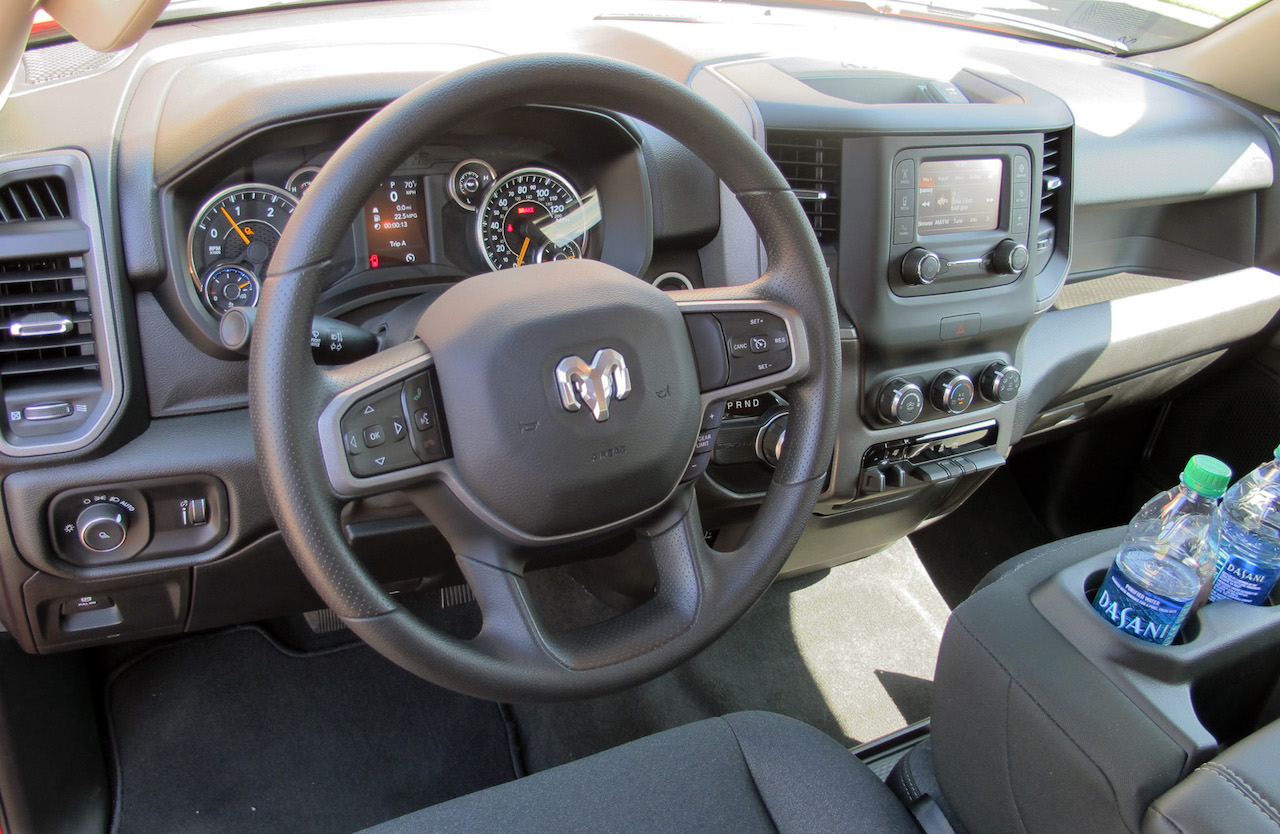 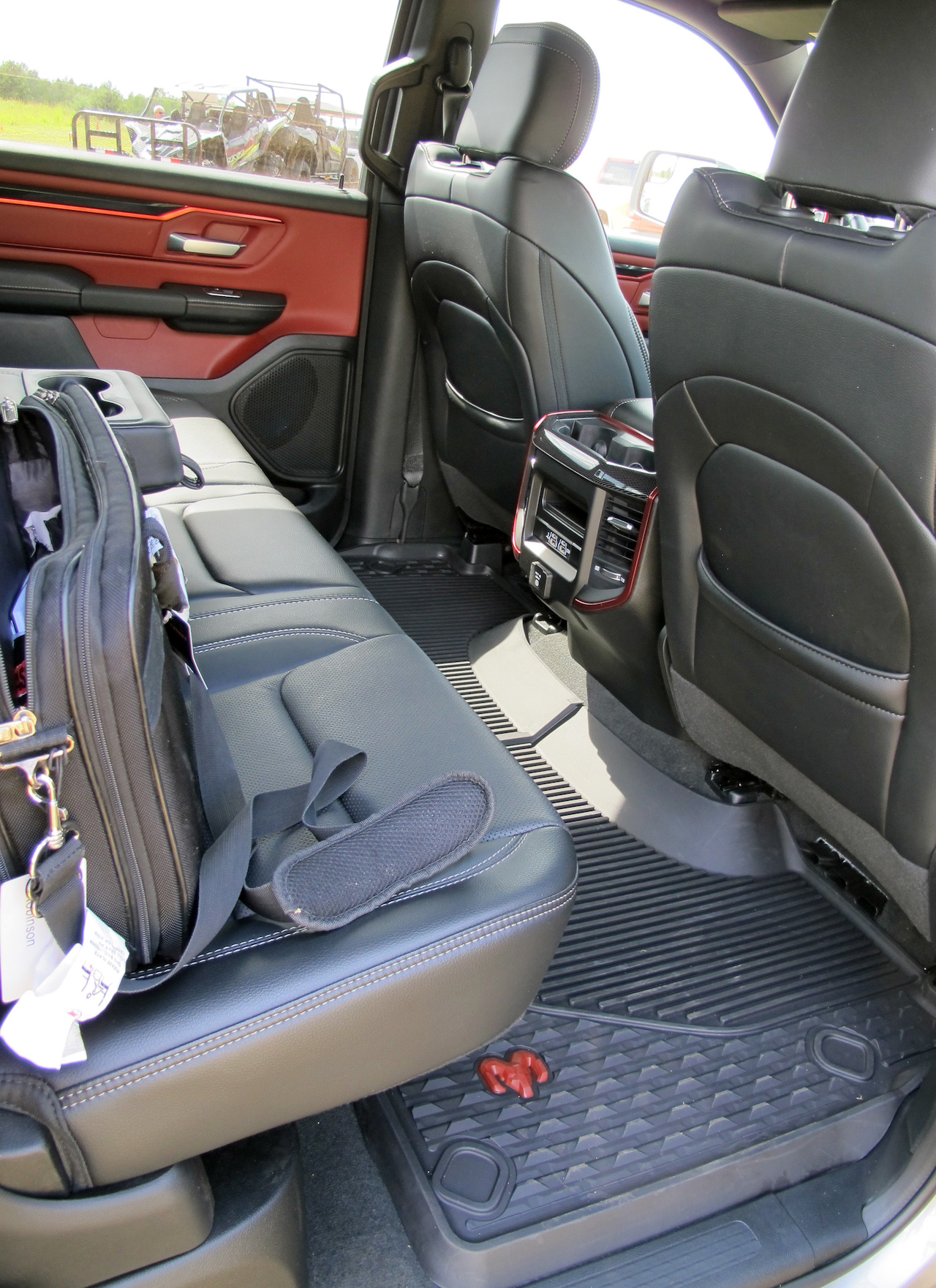 Available is Ram’s Active-Level four-corner air suspension, which should be attractive to those who tow because a majority of diesel buyers view trailering as a prime buying factor.

For those who want to rough it, the 4X4 Off-Road Package comes with a one-inch suspension lift plus tuned shocks, electric locking differential and Hill Descent Control.

During the drive portion of the event, I spent the morning in the base Tradesman Quad Cab 4X2, which was adequately equipped. With hard plastic trim panels and a tiny, 4.2-inch centre stack touchscreen it was definitely built with buying budget in mind and it is primarily a working trucks without need for frills. 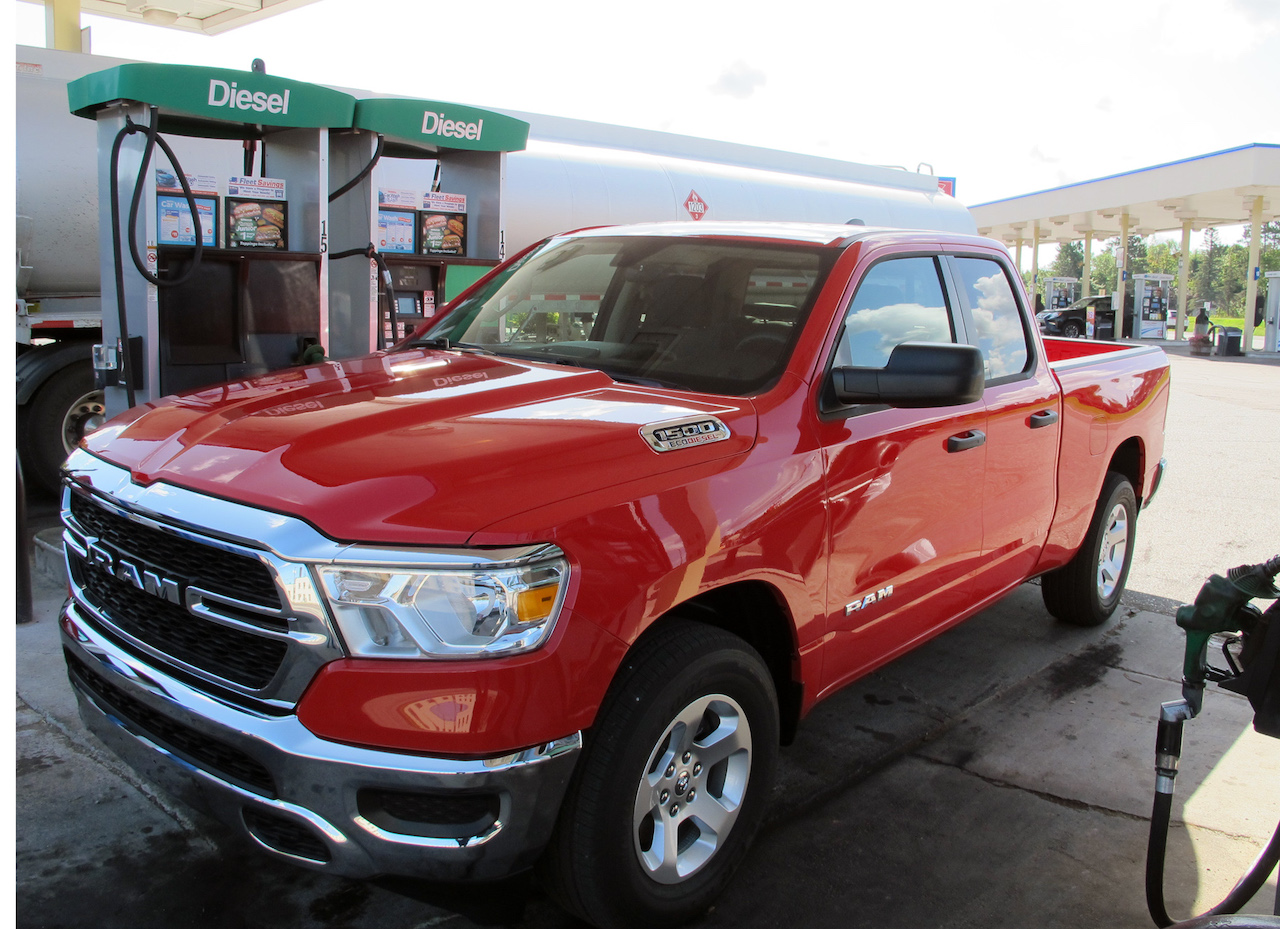 On the road, the Tradesman was far quieter than expected, but it was the smoothness of the ride that impressed me and my co-driver.

The diesel really came into its own in the afternoon with a brace of models available for off-roading and trailering on the site of a old iron mine where we were told not to get out of the truck because the red dust would cake our shoes.

On the way back we had an off-road optimized Rebel model with big, knobbly tires and stout tow bars that really looked great.

Inside, it was equipped with the centre stack mounted 12-inch multi-configurable Uconnect split-screen that operates two different applications for features such as Apple CarPlay and HVAC controls, or one application, such as navigation across the entire screen. 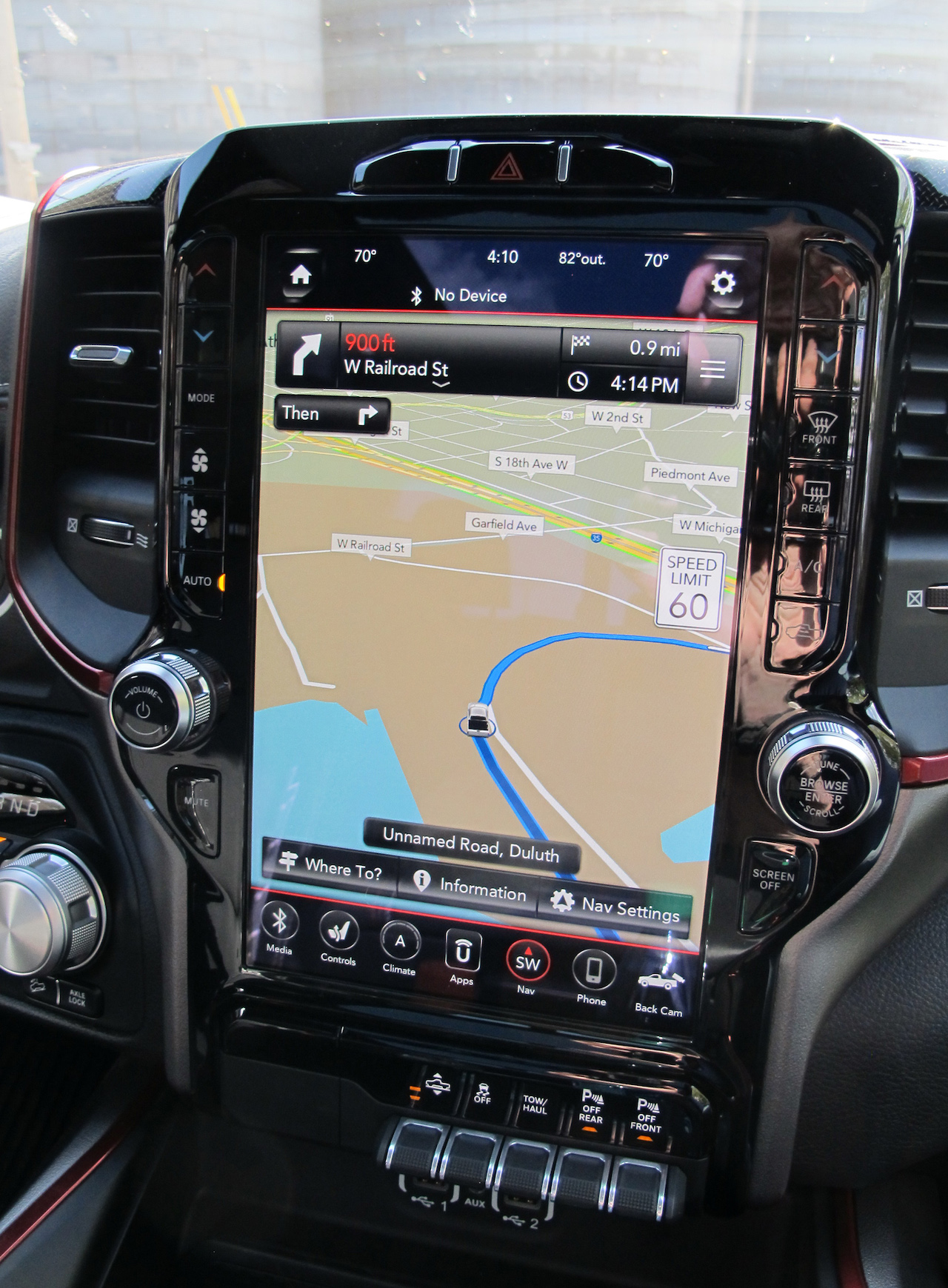 New for the 2020 Ram 1500 is a 360-degree Surround View Camera system providing a birds-eye view via four cameras positioned around the vehicle to create a fully stitched image.

Customers who prefer not to use the touchscreen for HVAC will find redundant controls located on both sides of the display for convenience.

Another interesting feature is the multi-function tailgate that folds down normally or opens 60:40 sideways.

That’s a lot of money for sure, but it’s very competitive against its domestic light duty rivals.

With 80 per cent of all Ram pickups still on the road after 30 years, it strengthens Ram’s position in the segment. 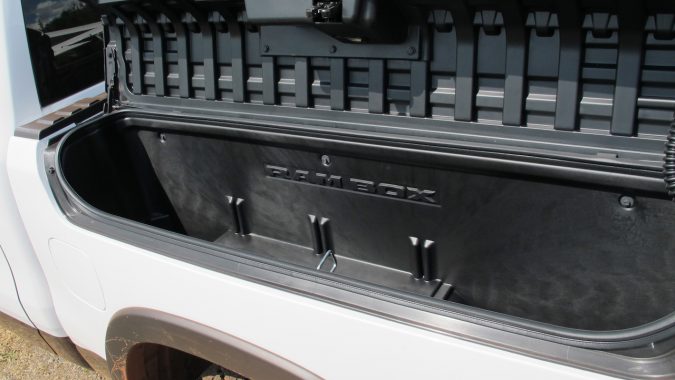 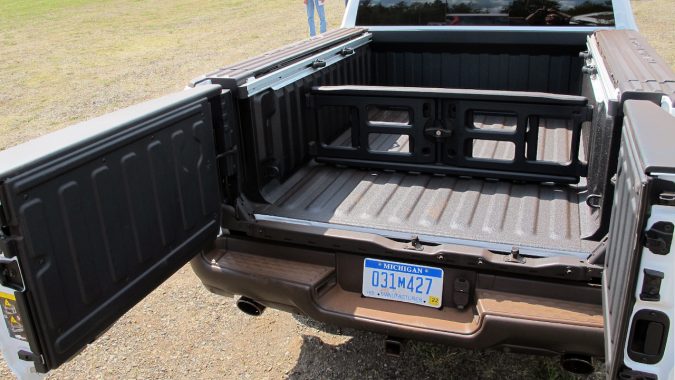 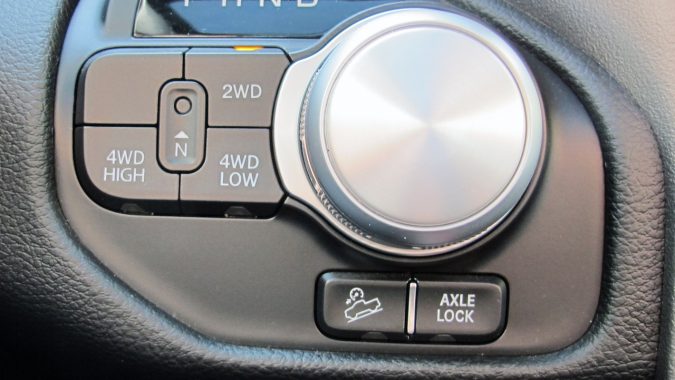 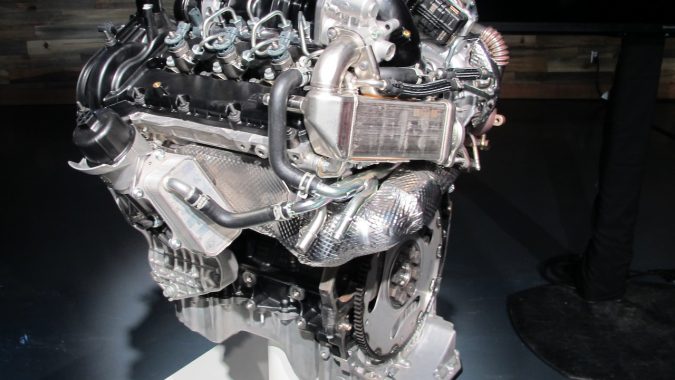