A convertible, for all reasons, and all seasons.

ATTICA, Greece: What is the ultimate car for all seasons?

Considered one of the best automotive platforms ever invented, astounding handling, luxury on a scale achieved by less than a score of other rear- or all-wheel drivers on the market, plus around 9.0L/100 km combined on the highway as you commute to work in the next blizzard.

Earlier this year I visited Zuffenhausen, Germany, the hometown of Porsche, for a technology deep-dive of the 2020, eighth generation 911.

At that time Porsche officials said, “this is the most powerful, most advanced 911 ever” and I believe it after driving it in Greece.

In the more than 100 years of the automobile, there is only one that brings an image instantly to mind with just three numbers – 911.

The 2020 Porsche 911 is the latest iteration of the original Model 901 that debuted more than four decades ago at the Paris Auto Show, with then new classic flat six-cylinder engine. 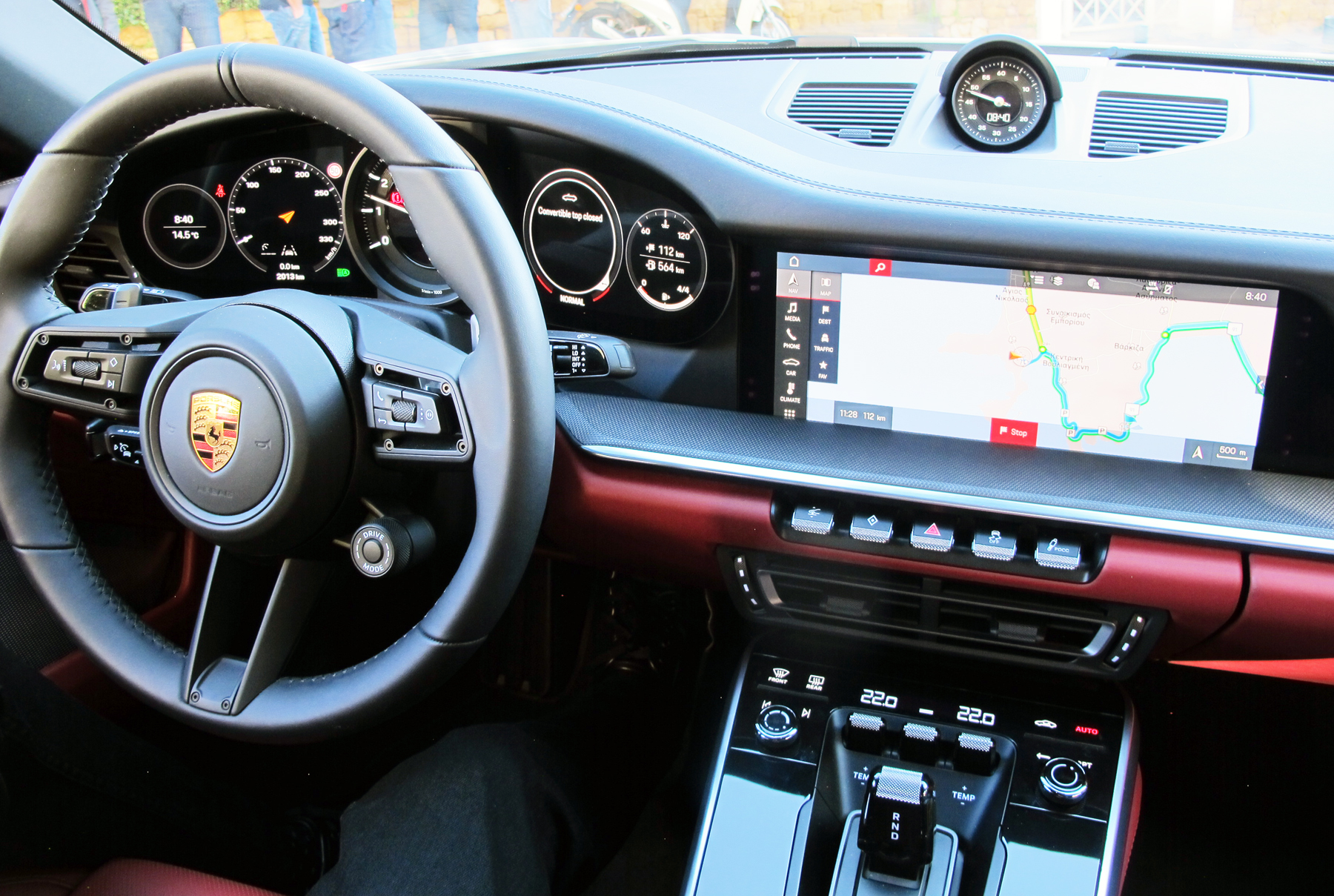 Trying to wrap your head around the engineering and technological marvels in the new 911 is a challenge.

While the 3.0-litre “boxer” twin cam six-cylinder block remains unchanged from the outgoing model, just about everything else is new – from larger twin turbos and intercoolers down to the high-pressure fuel injectors.

The result is 443 hp and 391 lb/ft of torque using a new eight-speed Tiptronic automatic transmission.

On the rear-drive Carrera S, Porsche Torque Vectoring Plus (PTV Plus) is standard and includes a rear differential lock for fully variable torque routing.

With the all-wheel-drive Carrera 4S, there is an electronically map-controlled multi-plate clutch for constantly variable torque distribution between the front and rear axles and it includes PTV Plus.

The body is 45 mm wider at the front and the hood has a wide centre depression that is a styling cue harking back to the first generation 911.

The wider body sees cargo volume in the front-mounted bin grow to 132 litres from the 115 in the previous model. 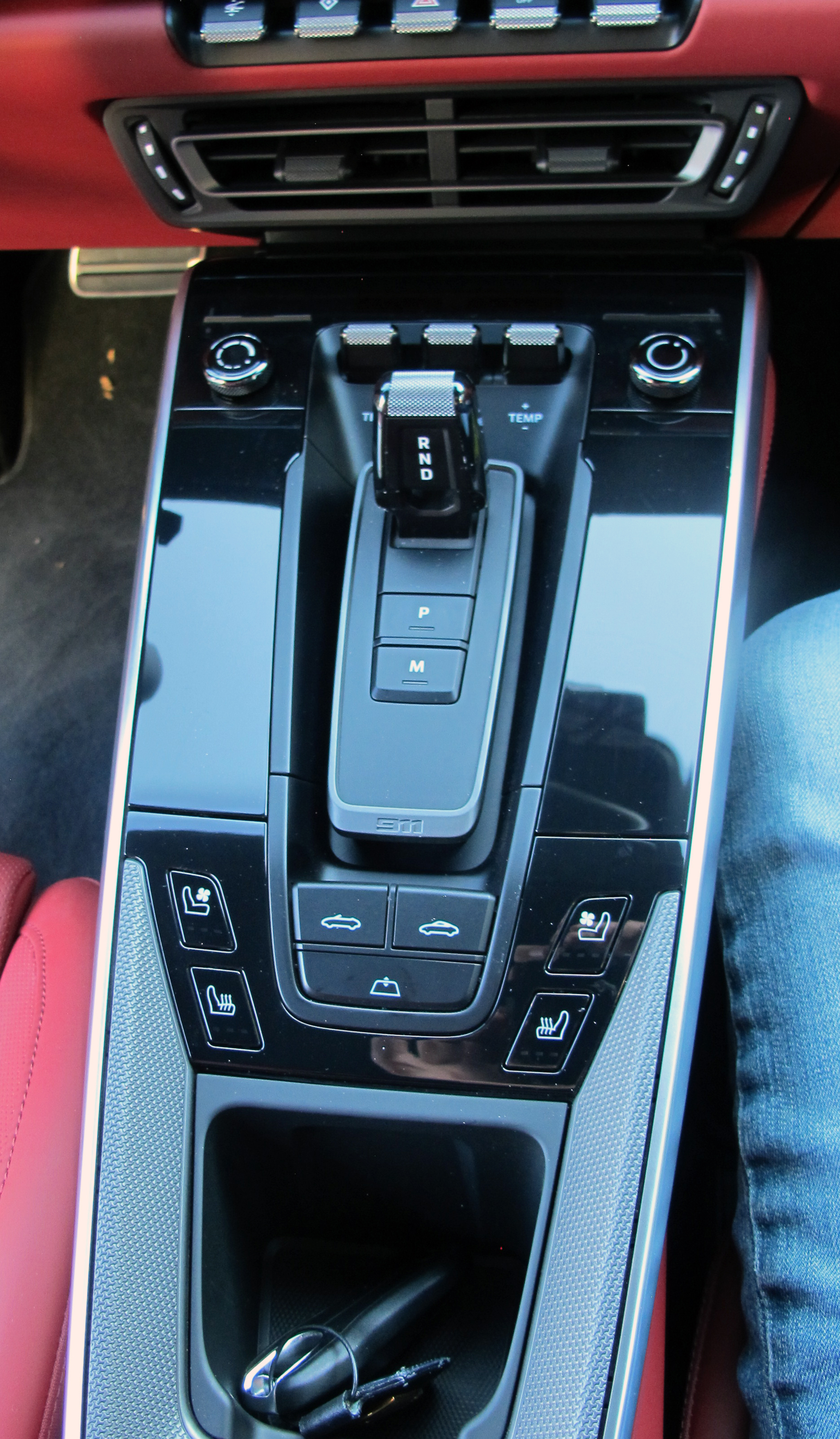 The depth to which Porsche delves is astounding and nowhere better is it shown than the brakes, which now contain no copper in the pads for environmental reasons. But they also stop one metre shorter in a 100-0 km/h test and no less than 12 metres from 300-0 km/h.

With a pair of sensors inside the rear of the front wheel wells, the 911 can detect the amount of water/moisture on the road and adjust the ride and handling for the best grip.

I’ve been waiting since the deep dive in Germany to drive this car and the opportunity came when Porsche issued an invitation to try both the rear- and AWD-drive version of the Cabriolet in Greece, under a cloudless sky and balmy 20-degrees C days.

A twist of the iconic ignition tab placed left of steering wheel and the engine throbs into life with a tenor burble note at idle, which is quickly displaced by a bark from the exhaust when revved.

Move off at a reasonable pace and it’s like driving any other car.

But stab the throttle and the turbos jump to life with a satisfying “blip” of the exhaust on each shift and an even better bubbling sound between each downshift. 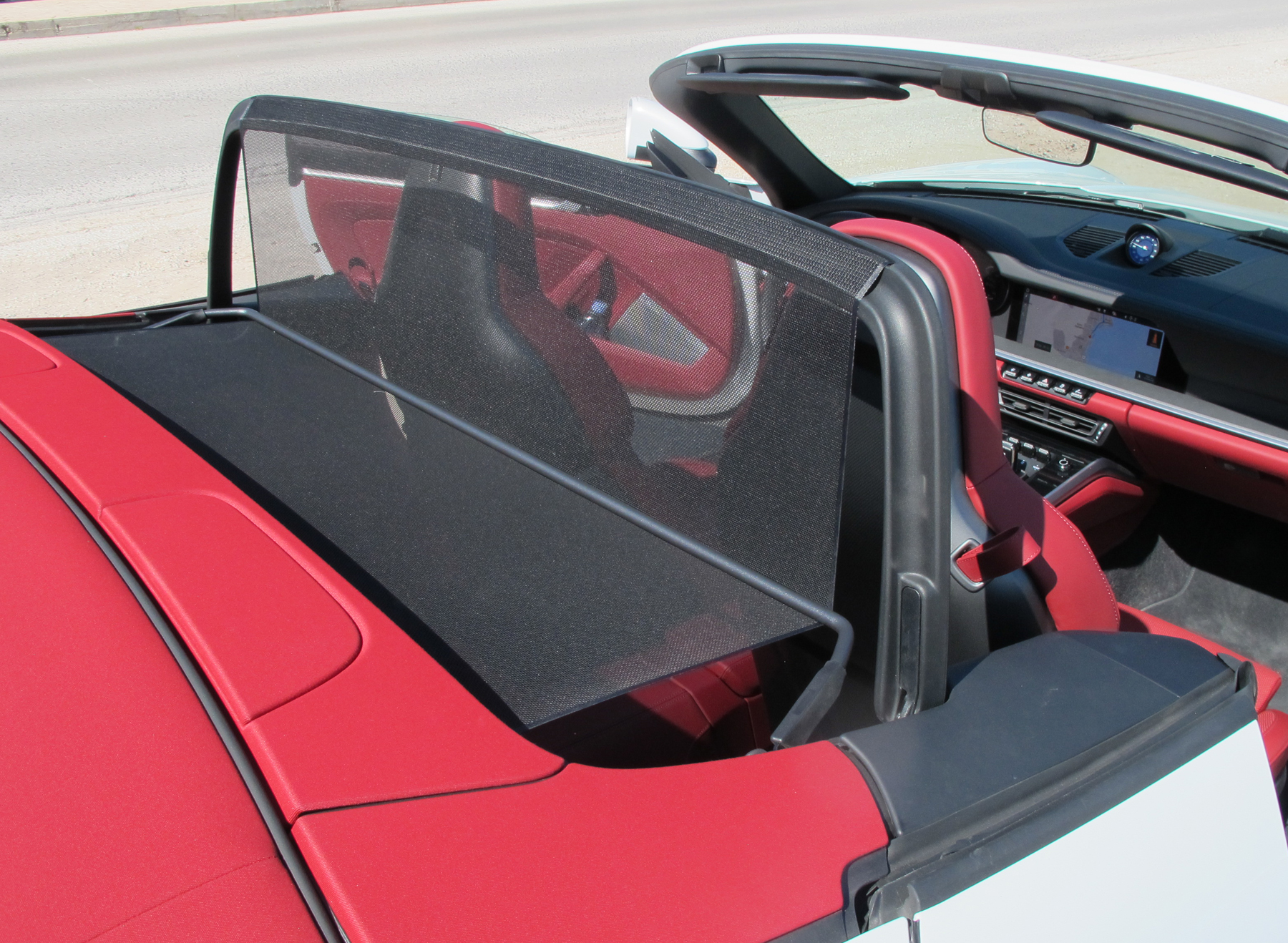 There is so much going on in terms of performance and I have to begin with the iconic deployable rear spoiler.

Now covering the full width of the rear, it offers a 45 per cent increase in aero-effective area. Integrated into the decking, it can be adjusted into three modes.

The first is when acceleration reaches 90 km/h and it moves from retracted position to Eco, where it remains until the 911 reaches 150 km/h and it reconfigures its angle of attack to the Performance position.

And if the driver has the Sport Chrono set for Sport, Sport Plus or Wet modes, the spoiler goes straight for the Performance position at 90 km/h.

The power soft-top goes up and down in 12 seconds and can be raised or lowered at speeds up to 50 km/h. And the power wind blocker between the two seats deploys at up to 120 km/h.

And thank you Porsche for, in a world of digital dashboards and giant touchscreens, you still have a saucer-sized analog tack dead centre in the main instrument cluster just as Dr. Porsche intended.

This is also the first Porsche I can think of in my 30-plus years of driving them that would be comfortable enough to drive from Montreal to Winnipeg in a day and emerge rested and comfortable.

Yes a car, a convertible at that, for all reasons and all seasons. 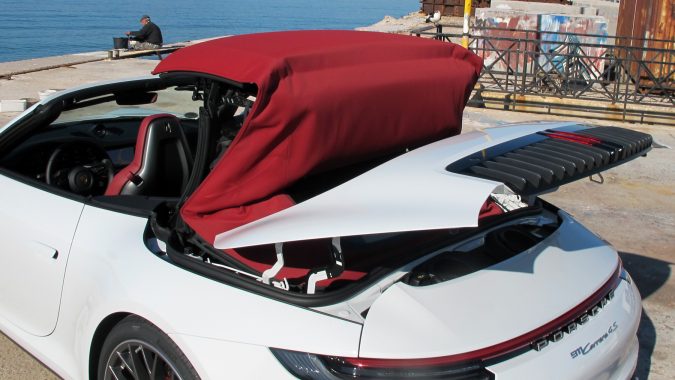 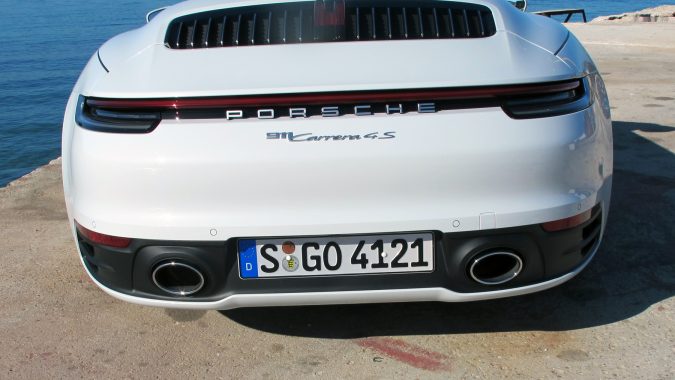 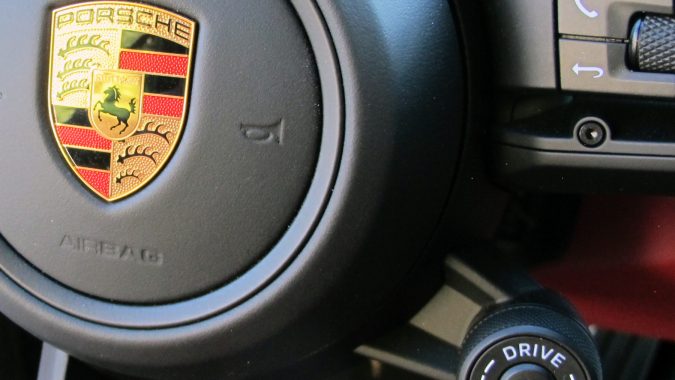 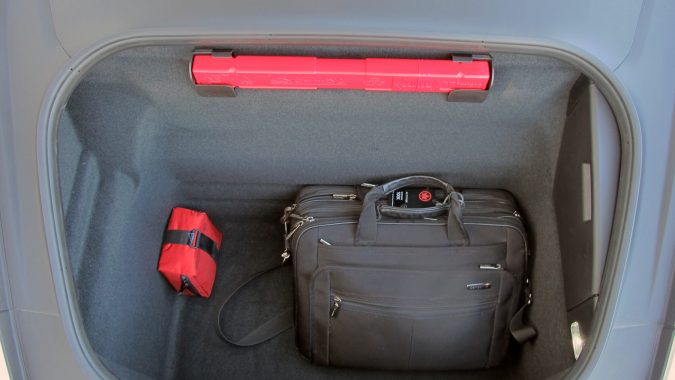 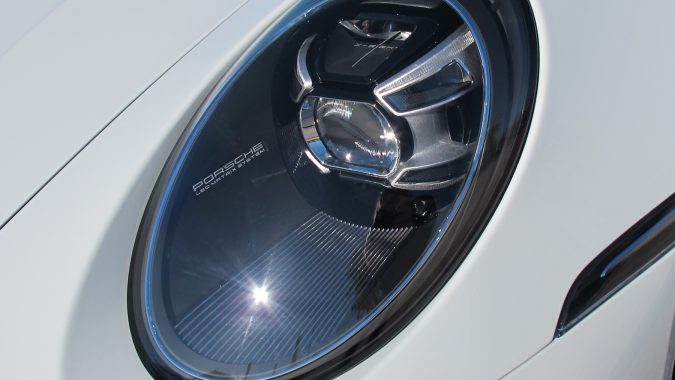 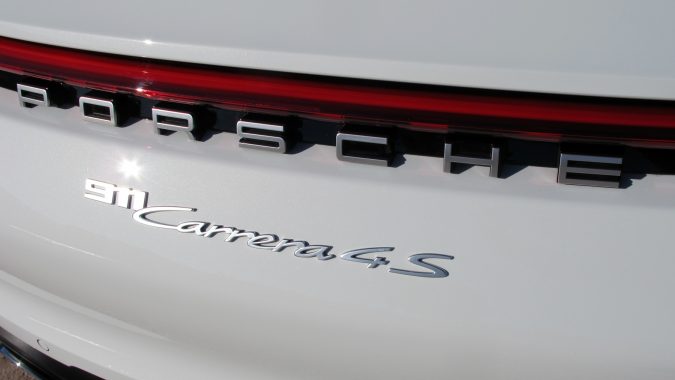