Hyundai is noted for being ahead of the curve by bringing out the right product at the right time, rarely, if ever, producing a dud – if you can overlook the Pony of 35 years ago.

While other manufacturers have been falling over themselves adding SUVs on top of SUVs, Palisade is the first new addition to the Hyundai’s SUV fleet since the third-generation Santa Fe was launched in 2013.

So that brings to five, the SUV/CUVs in the Hyundai lineup, starting at the top with the Palisade down to the Santa Fe, to the compact Tucson, to the compact Kona and finally the Venue, expected at the end of the year in the sub-compact class, although Hyundai may be reluctant to call it that.

Another thing the brand is reluctant to do is call the Palisade full-size, while officially stating it’s the largest vehicle the company has ever built.

But seeing it in the flesh, Palisade sure looks the full-size part, being just 20 mm shy of five metres long and 25 mm less than two metres wide.

As head-scratching as that is, Hyundai has thankfully given proper names to the four trim levels it offers (Essential, Preferred, Luxury and Ultimate), instead of a collection of numbers and letters no one really understands.

Palisade benefits from all the latest infotainment and connectivity technology the Koreans blend so well in all their vehicles. 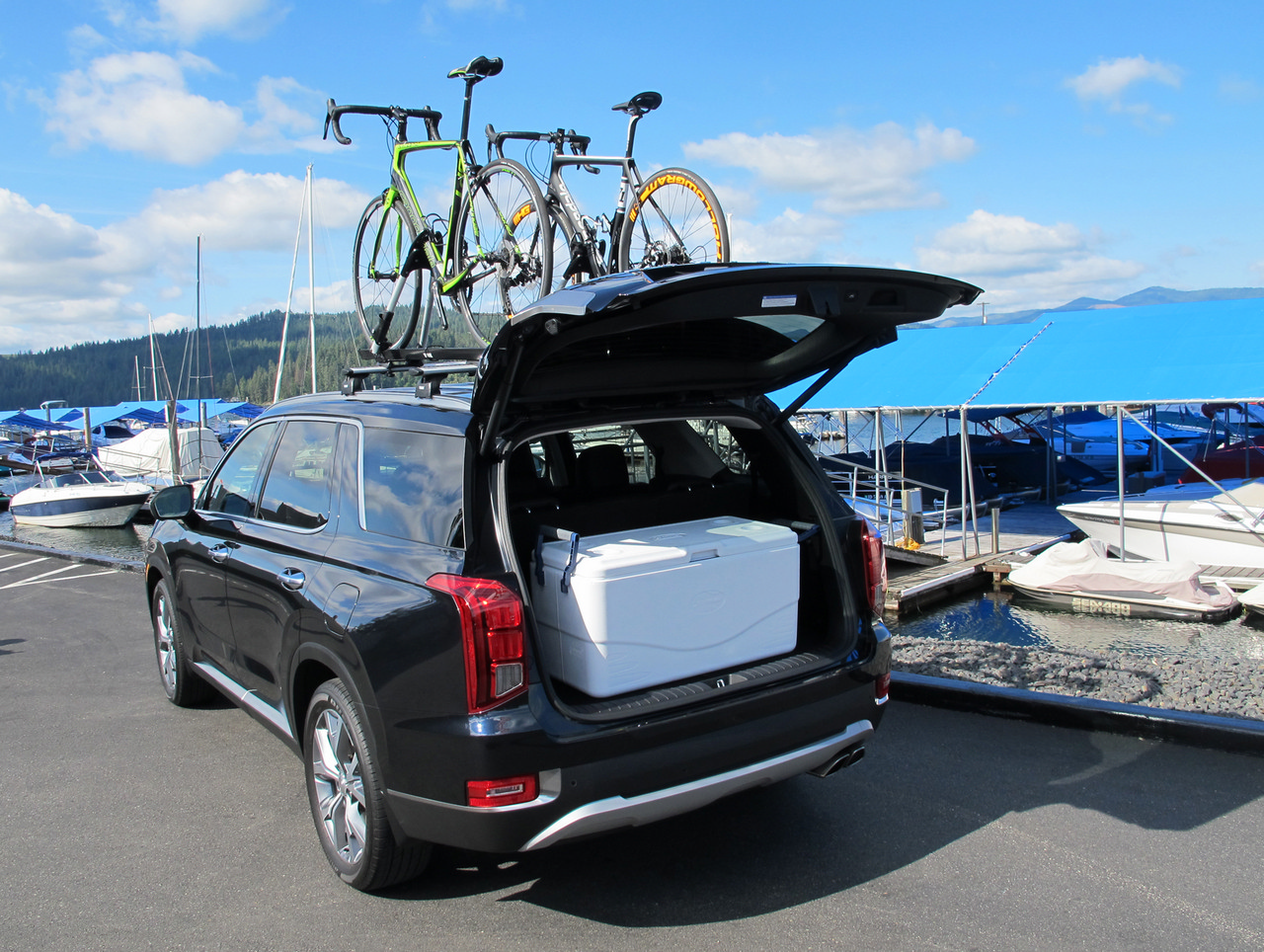 An example is the segment exclusive Blind View Monitor integrated with the Blind Spot Collision Assist that displays body-side views whenever the turn signal is activated, making lane changing a breeze at any speed.

There is a choice of three driver main instrument clusters including a 12.3-inch digital display, while the audio/navigation centre monitor is 10.25-inches wide, with no less than seven USB ports throughout and some 16 beverage holders, so no one goes thirsty.

With standard seating for eight (seven-passenger seating available), a make it or break it feature has to be ease of access to the third row.

Palisade’s One-Touch second-row seat allows for one-touch forward operation of the seat for easy egress to the third-row seats.

Something I’m becoming more used to is good Head-Up Display (HUD) and by good, I mean one that doesn’t fade in strong sunlight.

Palisade uses a system of mirrors combined with a full-colour TFT LCD display and features adjustable brightness to improve daytime and nighttime visibility. 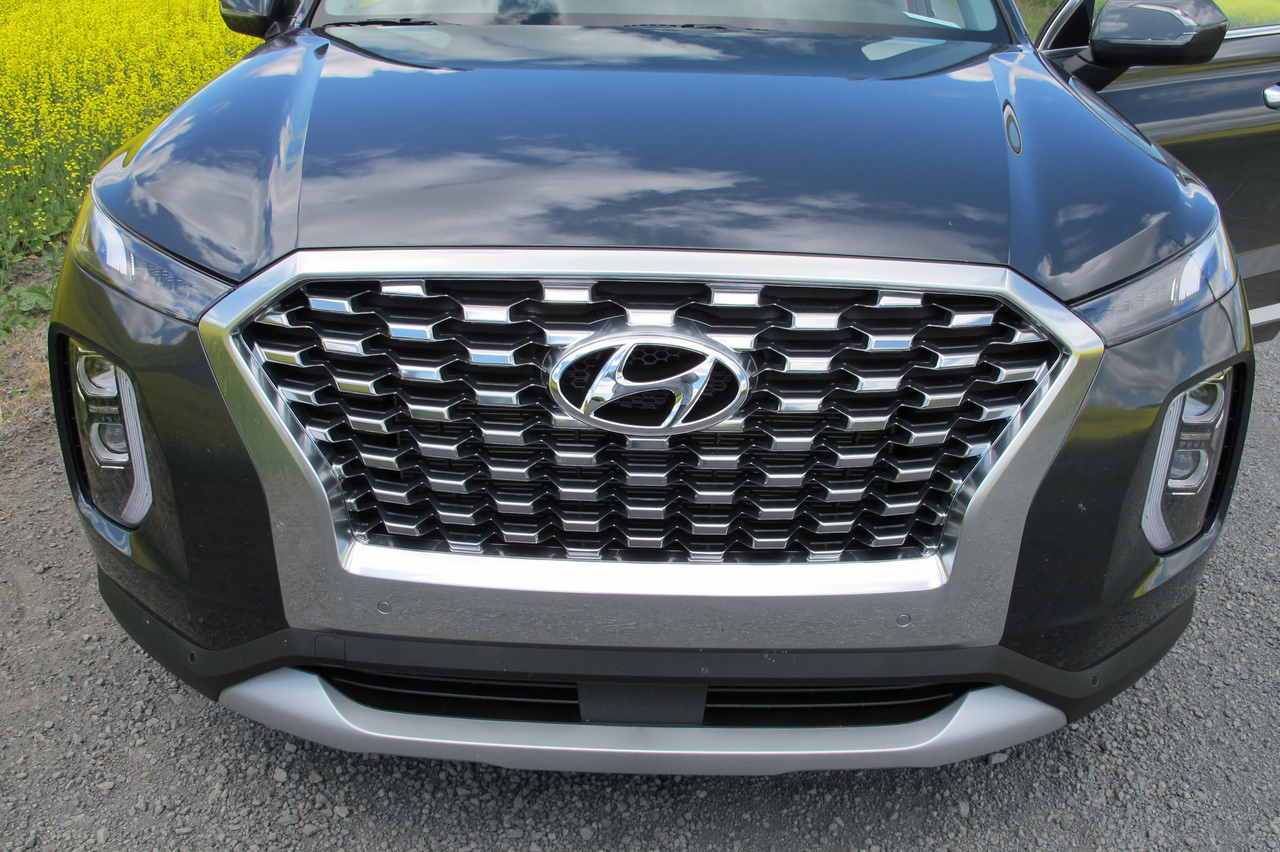 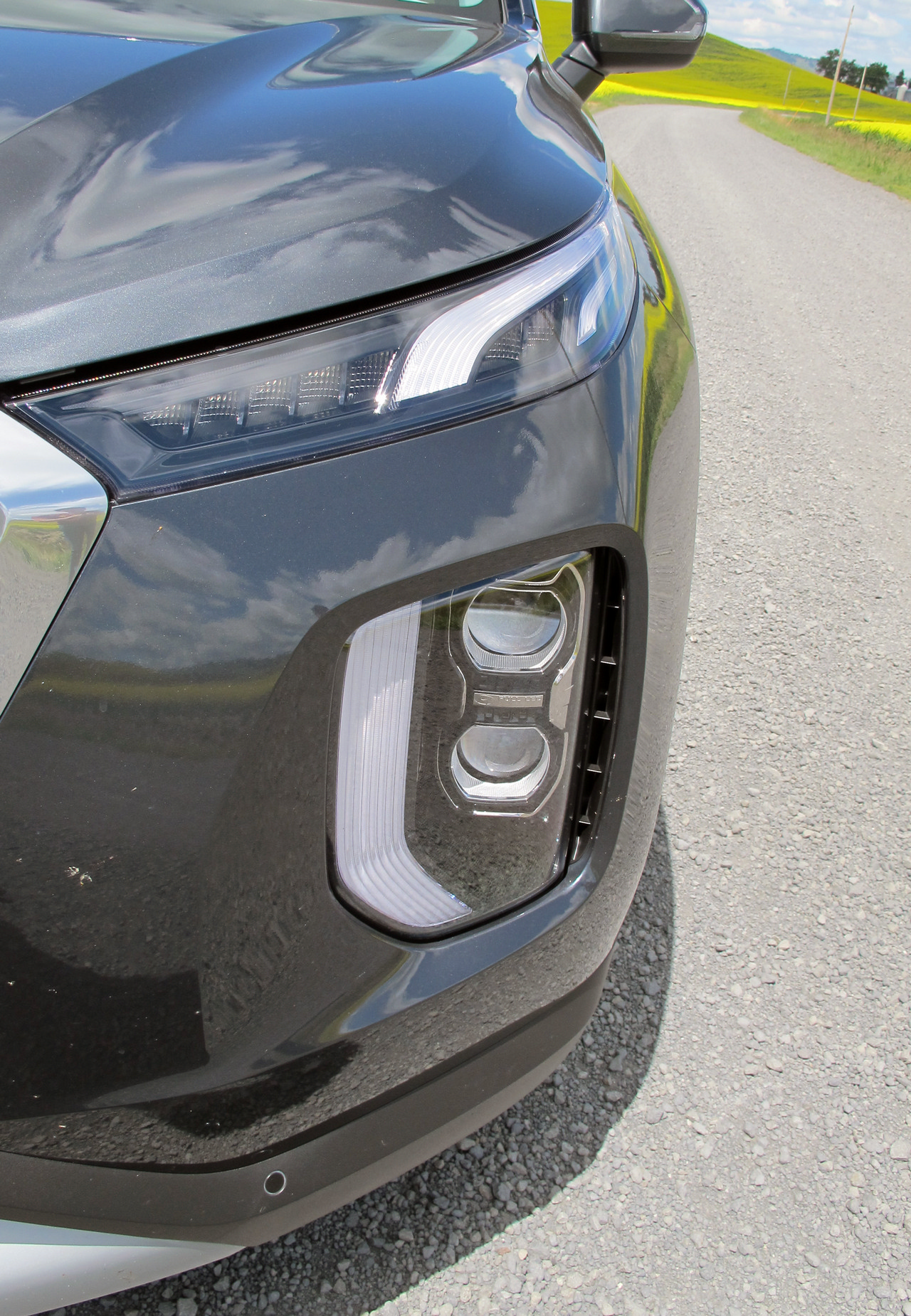 And something I wish I had when my kids were growing up is the Palisade Driver Talk in-car intercom which lets the driver speak to those in the second and third row in a normal conversational tone.

Sitting on an entirely new platform, power comes from Hyundai’s familiar 3.8-litre, direct injection V6, but now making 291 hp and 262 lb/ft of torque. The engine operates on the Atkinson Cycle, meaning it is tuned for economy.

Of course, when you see the name Atkinson Cycle, it is usually associated with a hybrid power train and Hyundai has a lot of experience with not just hybrids but fuel cells as well, and the company has stated it is aggressively moving towards electrification.

At the Canadian media launch of the Palisade, officials would only state that the brand is committed to electrification, which is one way of saying yes.

The Palisade comes standard with an eight-speed automatic transmission driving either the front wheels or all-four with the HTRAC all-wheel-drive system. 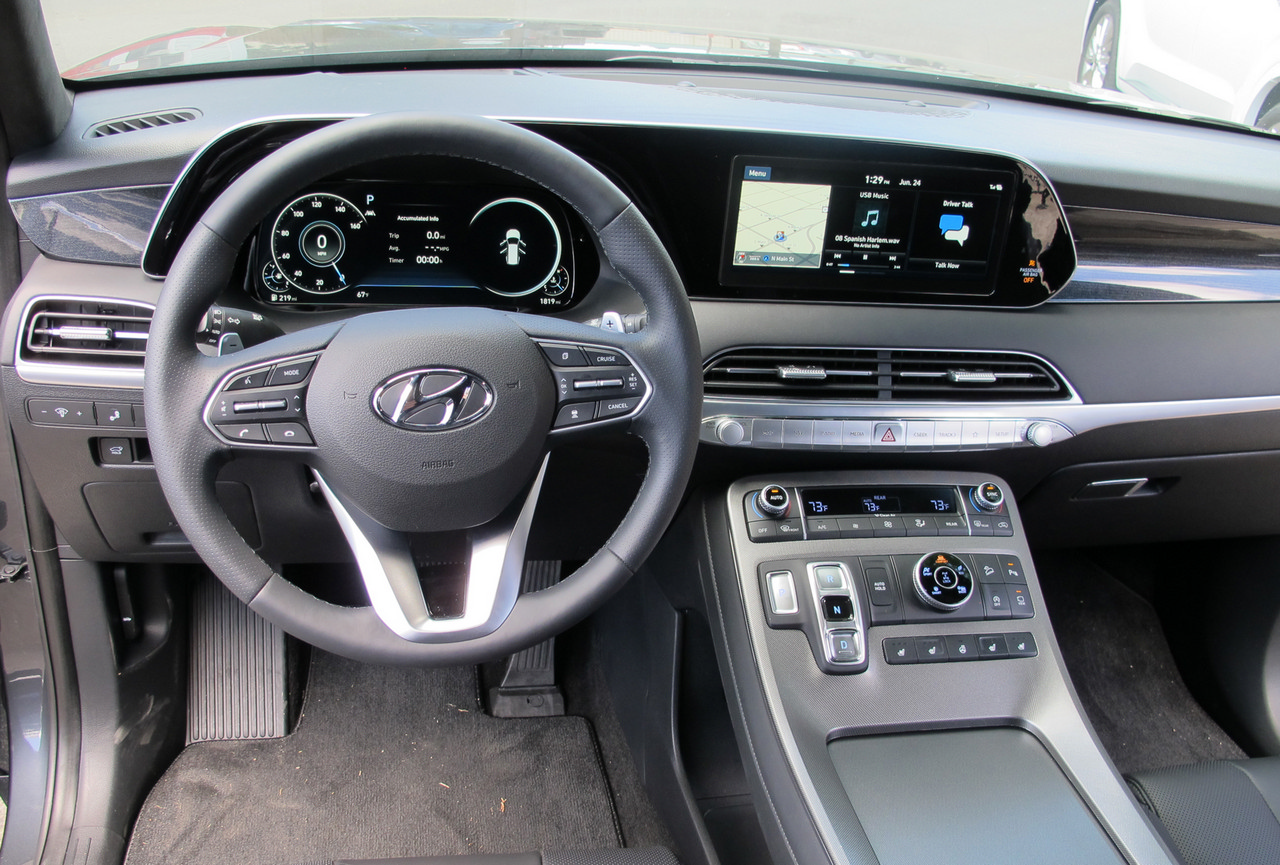 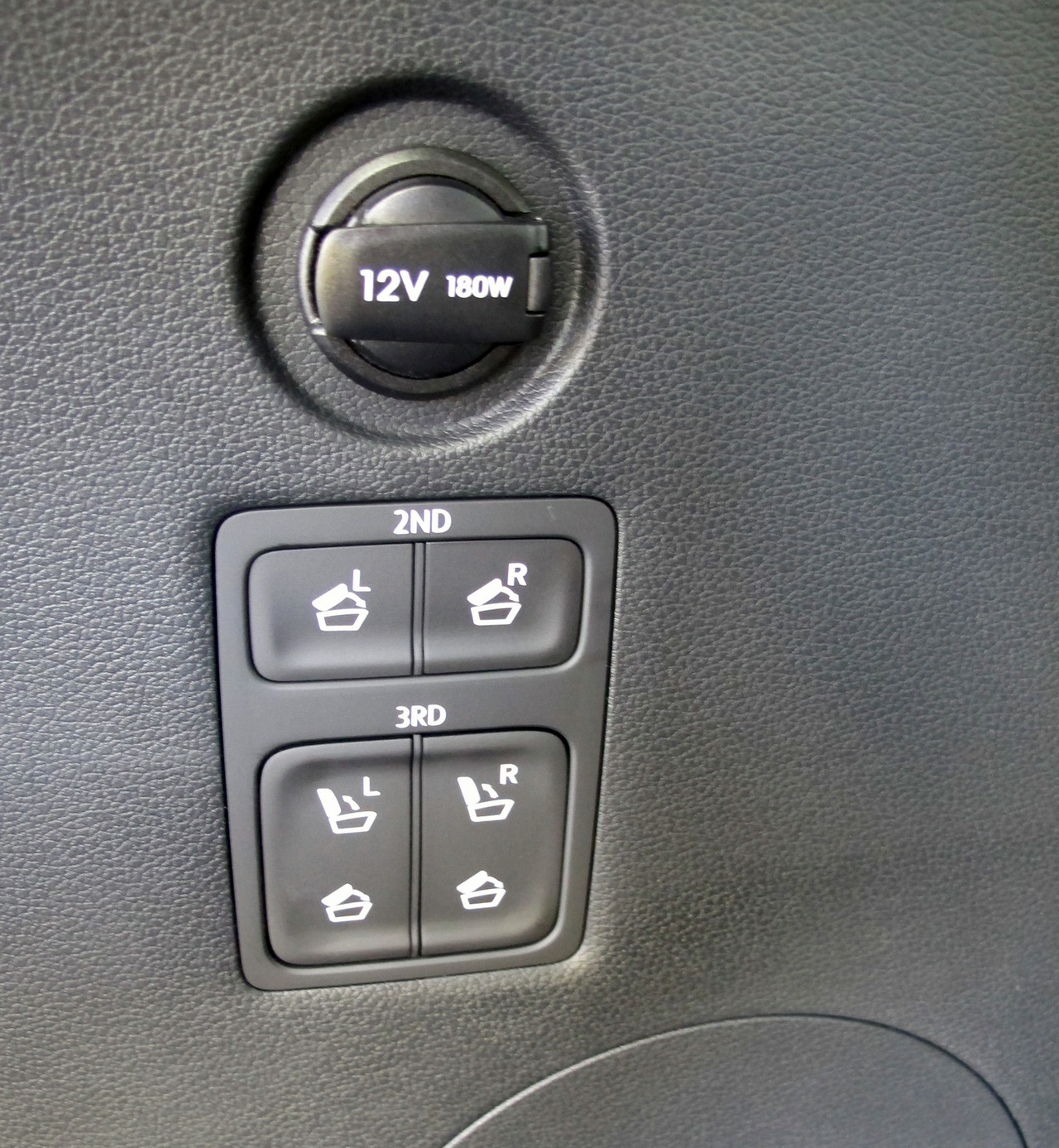 The AWD was developed as a multi-mode system with electronic, variable-torque-split clutch providing active torque control between the front and rear axles. The driver-selectable HTRAC helps provide control in all conditions.

The standard towing package including trailer sway control is good for up to 5,000 lb and self levelling shocks are available if the larger 20-inch wheels are ordered.

An interesting feature is the standard power rear liftgate that goes up and down in six seconds, but can programmed to open or close in 4.5 seconds with the “Express” function.

Driving U.S.-spec versions equivalent to our Luxury and Ultimate models, Palisade felt large, which is it, but supremely stable on the well-maintained highways through the rolling hills of northern Idaho.

There was zero sense of gear shift in hill country, with engine note barely audible making it, all in all, a stress-free drive, which is the whole idea behind the Palisade. 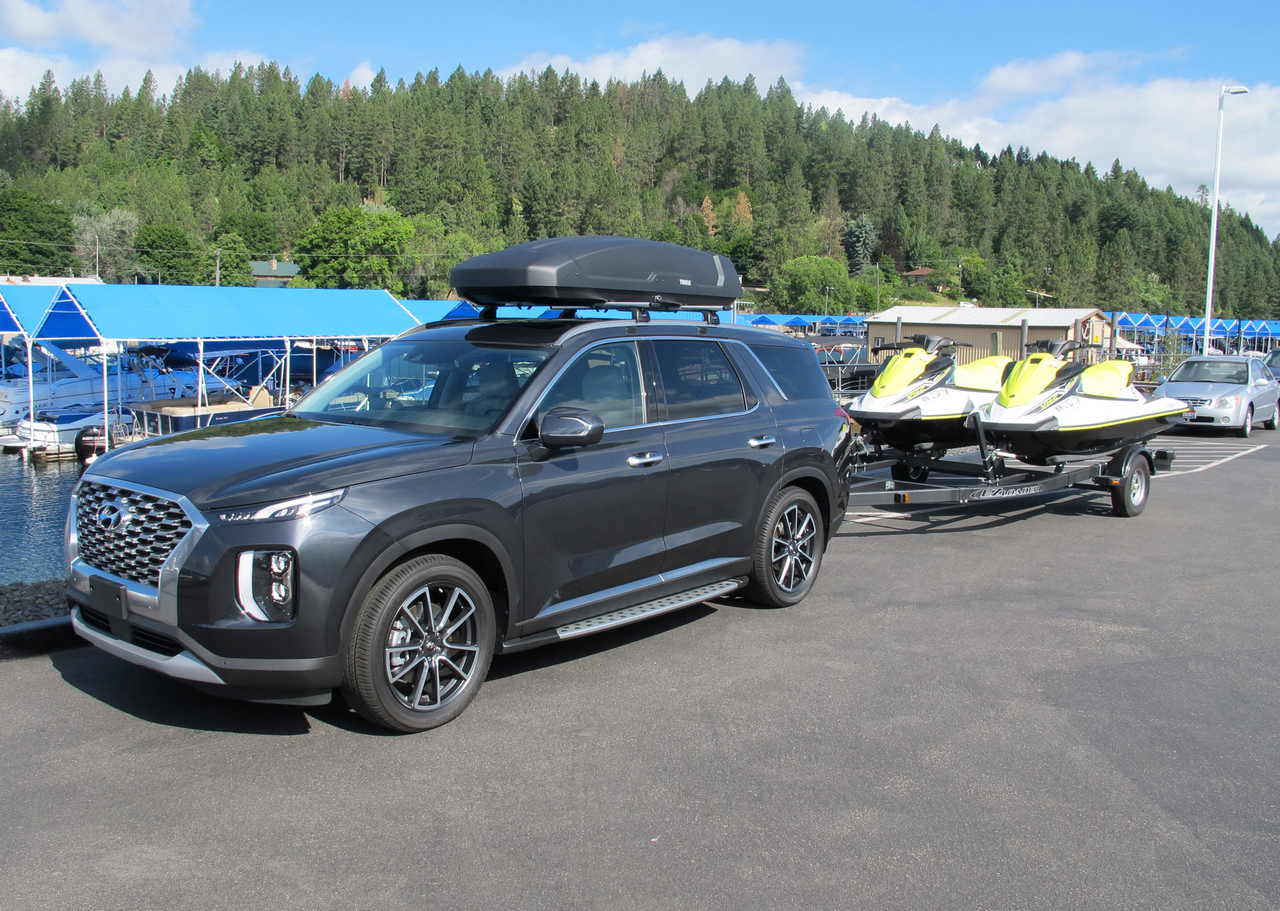 The interior of the Ultimate has to be one of the most luxurious I’ve ever experienced in a Hyundai and a world away for the humble Pony and Excel of the 1980s.

Yes, Hyundai has certainly come a long way, and vehicles like the Palisade show the journey for Hyundai is just beginning. 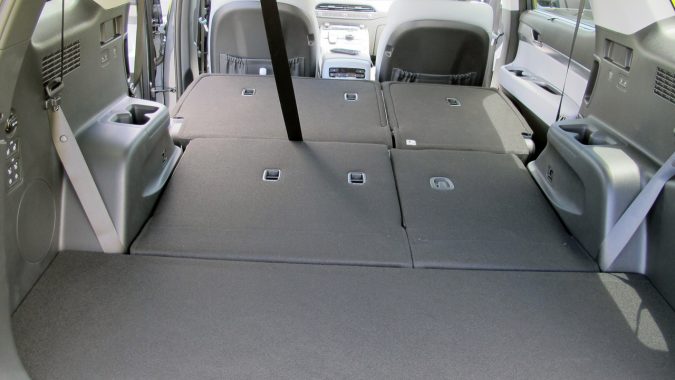 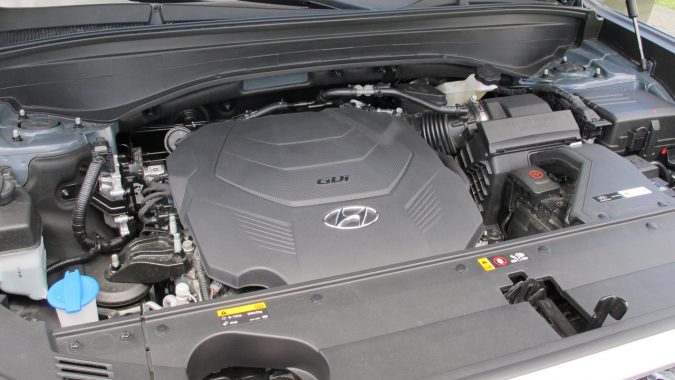 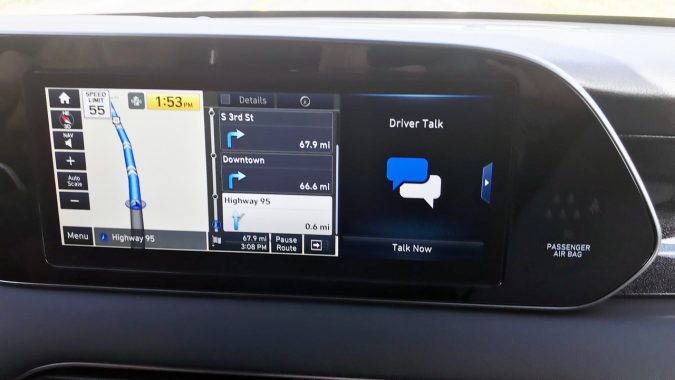 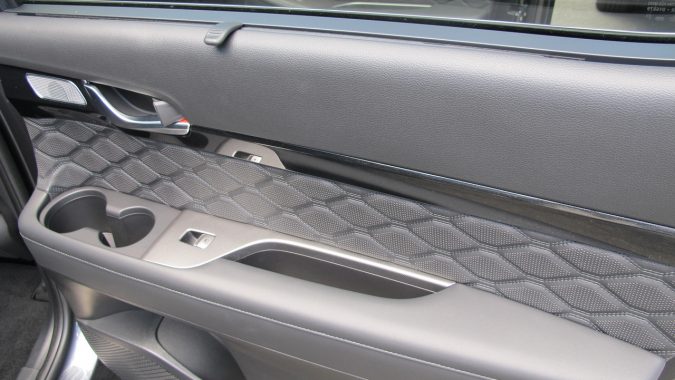