So how does the last to the diesel party stack up in one of the most competitive segments in the automotive market?

BEND, OREGON – Chevrolet was the first to bring a diesel to the light-duty truck market. So it seems like a bit of a surprise that they were the last to add one in the modern era. So how does the last to the diesel party stack up in one of the most competitive segments in the automotive market?

That’s right, Ram might have beaten Chevy to the modern diesel half-tonne with the EcoDiesel, but Chevy did it first. With the Olds 350 diesel from 1978 to 1985. And then a 6.2L engine that was sold into the 1990s. Then the compression ignition engine took a long break.

Now, though, it’s back. Because fuel is getting pricey, and big-power gas V8s are thirsty. Ram has a small diesel, Ford has one, and now, once again Chevrolet has one. And it’s a heck of an entry into the segment. So let’s take a look at the motor itself.

The new engine is an aluminum block and head. GM says that the aluminum block cuts 25 percent compared with the weight of an iron diesel. Iron cylinder liners keep the boom inside where it should be.

There’s a variable intake manifold to improve responsiveness and even variable pressure oiling to help make it more efficient. Plus active thermal management that uses three different cooling systems to help better warm the engine and, more importantly, get the cabin warmer more quickly too. Though we weren’t able to test that one out in June, even in the Oregon high desert.

The specs are 277 hp and 460 lb-ft of torque, with that torque coming on at just 1,500 rpm. Yes, Ram just barely edged out that torque figure just a week after GM’s announcement, but these are still impressive figures. 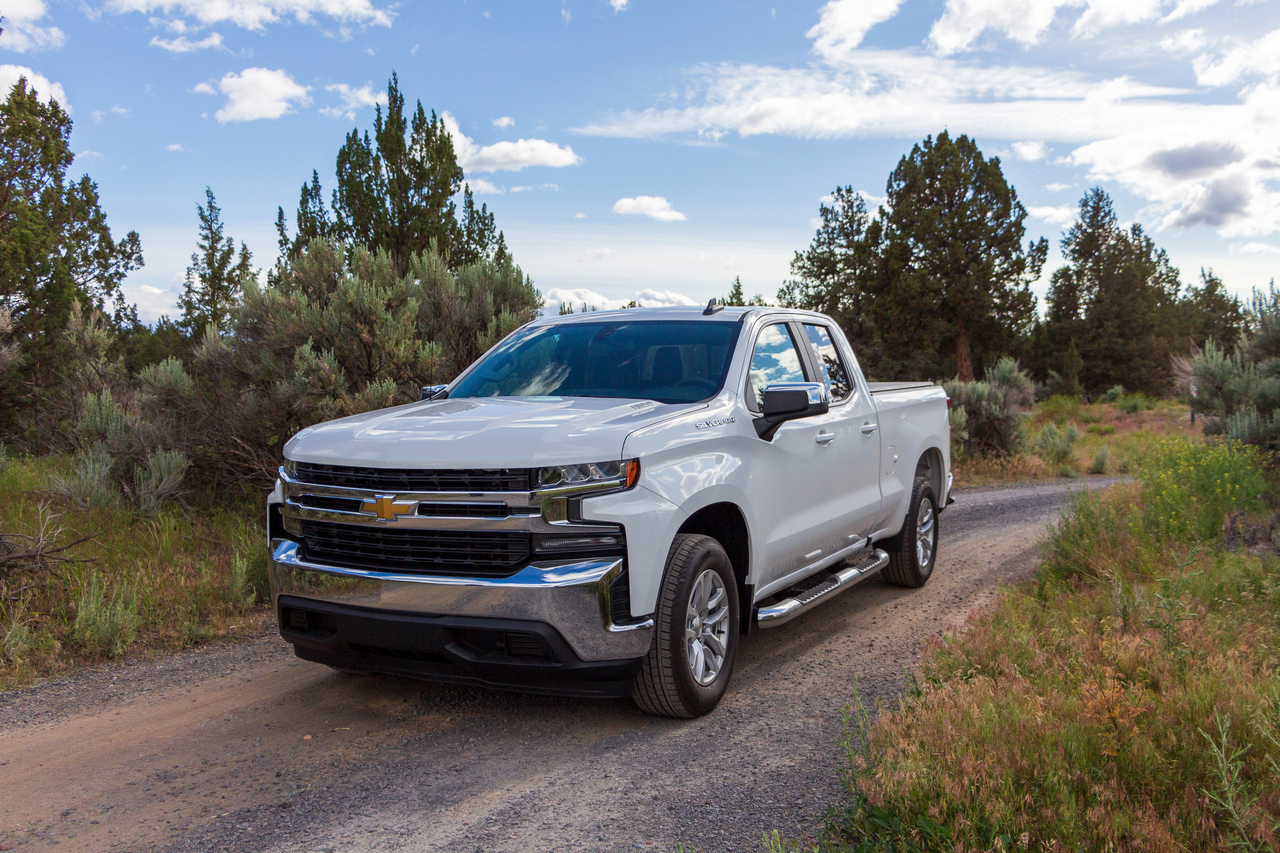 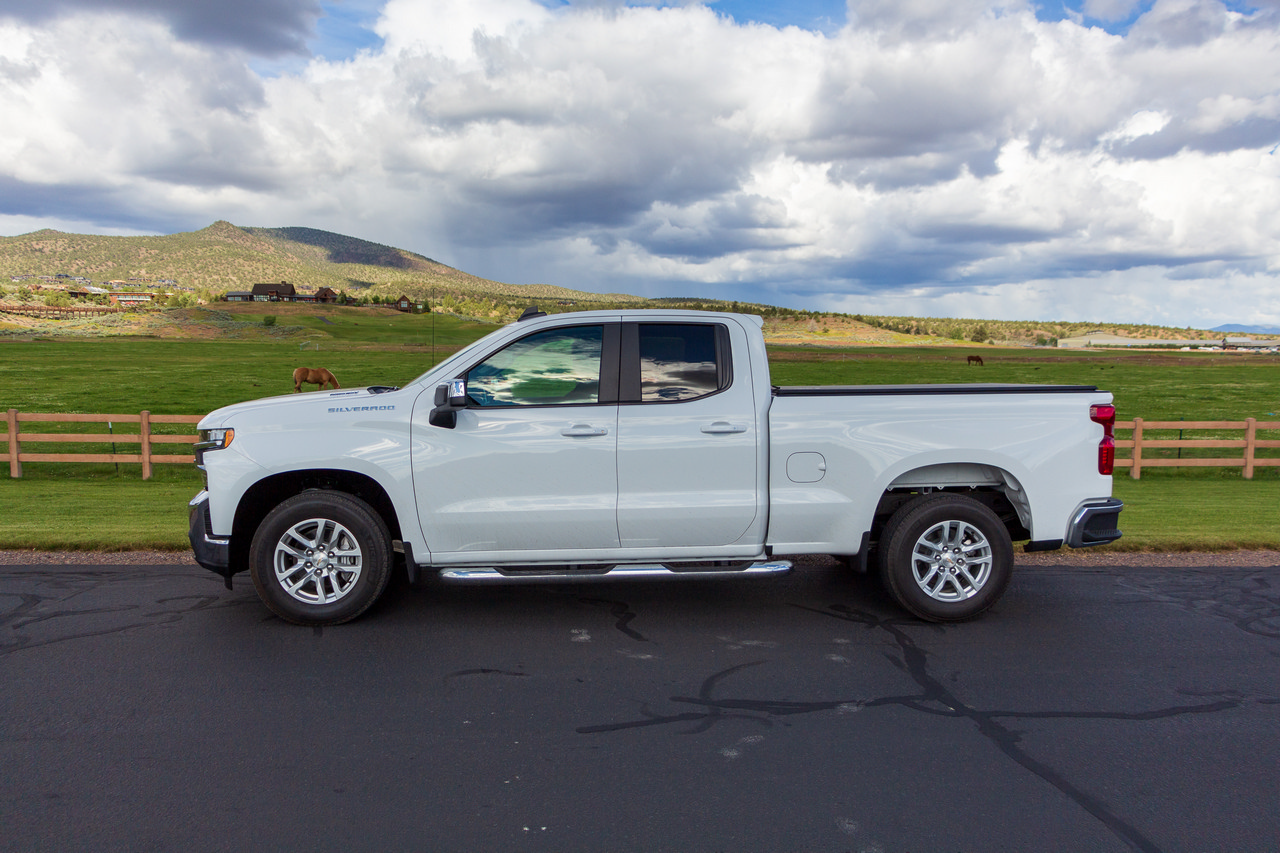 On the road, that inline-six design means that this engine is smooth. Shockingly smooth, thanks to the improved balance that the inline-six design allows. It reminds you that there’s a reason luxury cars have long used long inline-six engines and that BMW never stopped and Mercedes-Benz brought them back.

Sure modern HD diesels are now far more quiet than diesels of old, but they’ve got nothing on this. With a 5,100 rpm redline, the tach gives few clues as to what’s underhood, and if you’re at cruising speed, there are no audio clues either.

Floor the accelerator, and it becomes more obvious. Not just because of the shove of acceleration, but because then the engine does make itself heard. It’s still quiet, but full throttle and fast engine speeds will still give away that you’re in a compression ignition vehicle. It’s not loud, but it’s clearly not gas.

Helping make this 1500 Duramax feel so quick is the new 10-speed auto.

The gearbox is finally as quick as the best of the old five and six-speeds. The bane of the current crop of bicycle-like geartrains is the yield and the quick stop. When you slow down to 5-10 km/h (or stop briefly, obviously, at a stop sign) and then get back on the accelerator, most eight, nine, and 10-speed boxes get confused. Resulting in clunky and awkward neck-straining frantic grabs for a gear that leave you looking like a rookie with a clutch while you wait to finally get moving.

In the Silverado diesel, I couldn’t catch it out. Even when I tried. Which is especially impressive with that massive shove of torque arriving as soon as the gear engages. It’s equally good on the highway, where downshifts are fast and smooth when you need some extra shove. Upshifts were slightly more clunky, especially if you suddenly lifted out of the throttle, but still quite good. 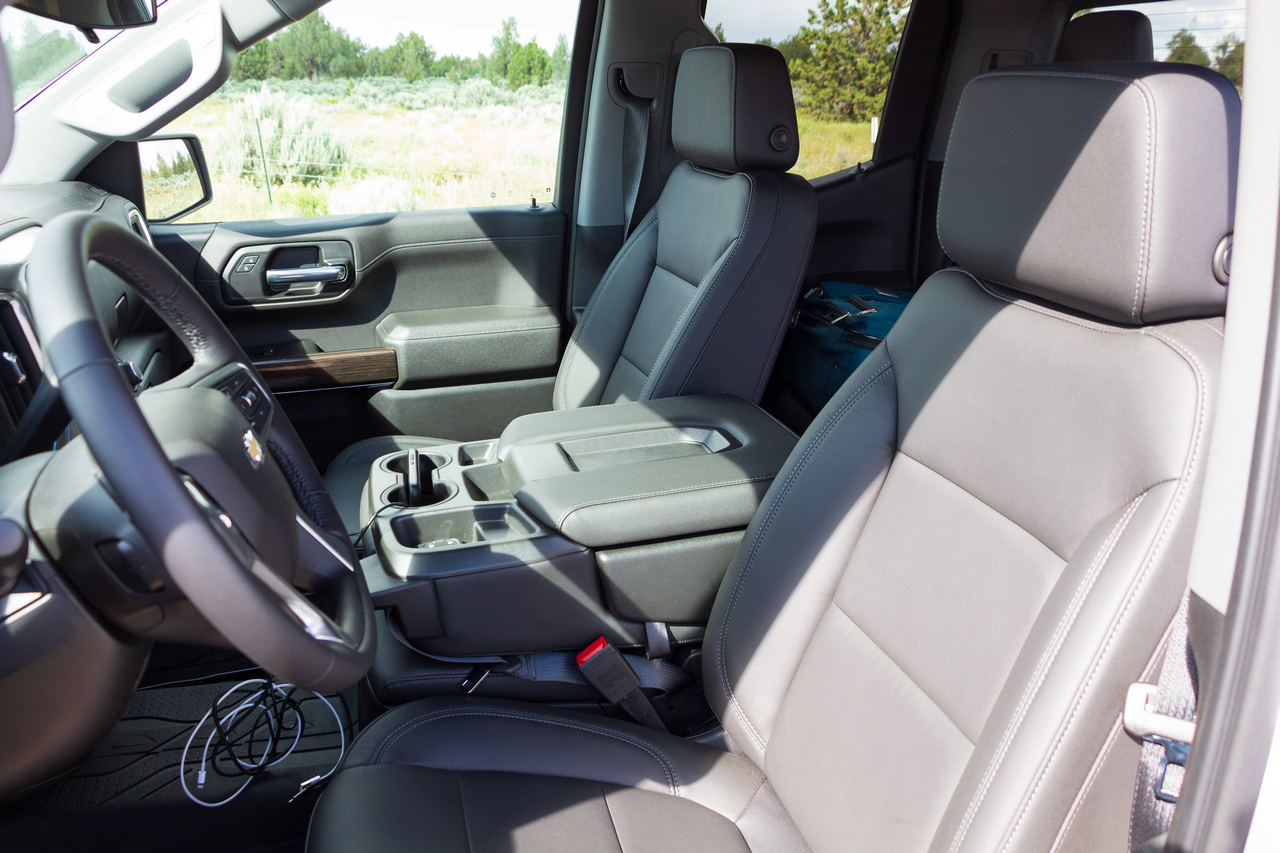 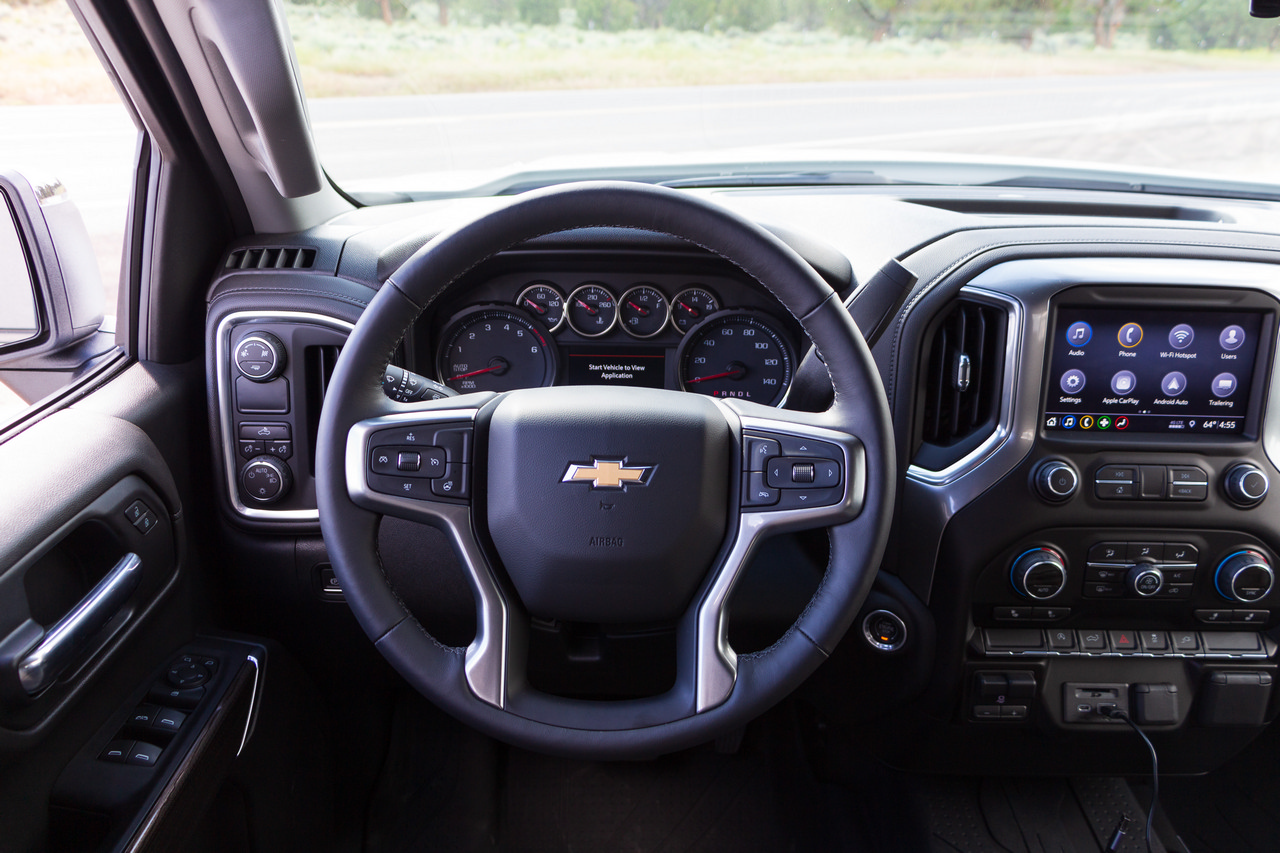 Mash the loud pedal and it’s quick to downshift. The variable geometry turbo keeps the engine on boil. Does it feel as fast as a big gas V8? No. Does it feel better than the intermediate gas V8s? Yes.

Chevrolet hasn’t published fuel economy figures for the baby-Max just yet, but the average for my drive was 7.8 L/100 km indicated. That was on rural roads that were mostly flat, but does include idling and repositioning the truck for photos. It’s an impressive figure in a 4×4 truck, though I left it in 2WD mode. When the official figures come out, expect the fuel economy wars to get as hot as the torque and tow rating one-upsmanship that happens in the HD truck market.

Why the lower figures? GM says that the top priority for diesel light duty truck buyers is using as little of that diesel fuel per kilometre as possible. So they made that the priority. They also said that the towing capacity it has, along with the 848 kg payload is enough for “about 90 percent of light duty customers’ needs.”

With the exception of the engine, this is the same as the standard Silverado. So it gets the wider bed with more tie-dows and bigger corner steps on the outside. And options like a power up/down tailgate.

It’s also available with the 15-camera setup that shows you just about every single view of the truck including inside your trailer. Or through your trailer. 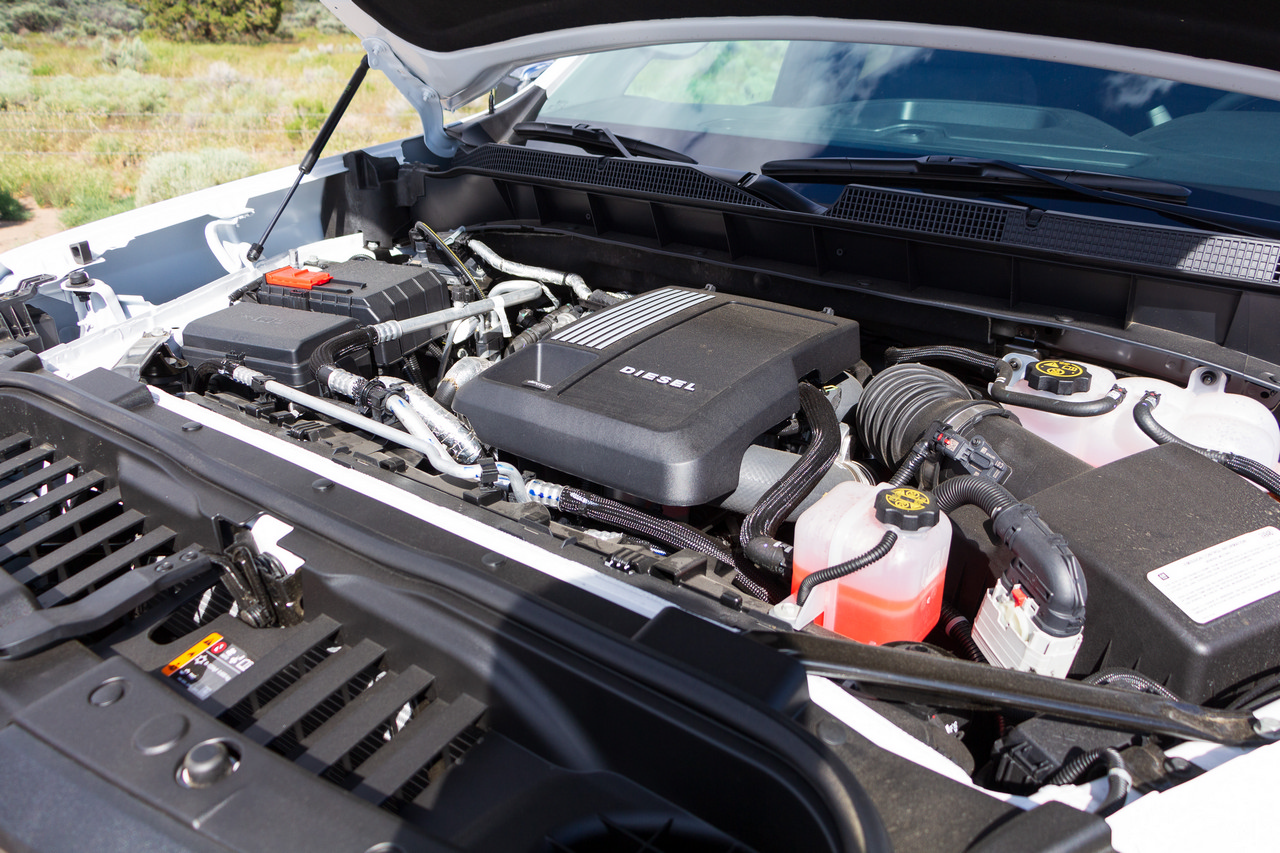 There’s a big modern pickup cab, with massive space, especially in crew-cab versions. But when it comes to luxury in the top trims, the design doesn’t have the style and massive screens that Ram offers in its own 1500 truck, with some materials disappointing in a vehicle that costs as much as a modern pickup does.

The new engine will be available on most of the Silverado 1500s staggering array of trim levels. It can be had on LT, RST, LTZ, and High Country. Pricing isn’t out yet, but in the US it’s the same $2,495 premium over the 5.3 as the 6.2L V8. And the Chevy Canada 2019 configurator – the diesel was supposed to arrive for the last model year but was delayed – had it at $3,135, same as the 6.2. So we’d say that price is a safe ballpark figure.

This new 3.0L Duramax is an impressive engine. It’s quiet, smooth, and barely noticeable in operation. And it can start without a block heater as low as -30C. If it wasn’t for the rumble you can hear from outside as it idled, you might almost think it was just a gas engine. Until you put your foot down and feel that torque shove you back in your seat. 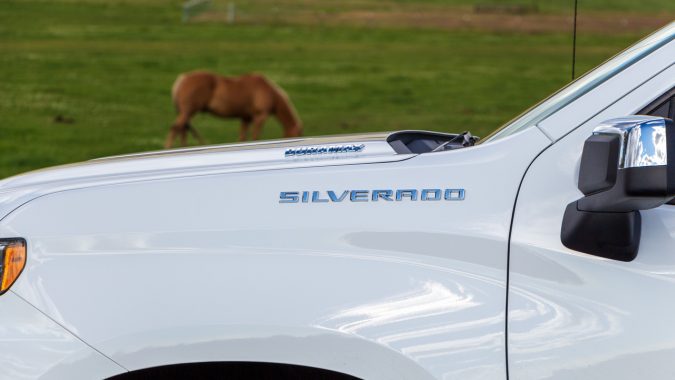 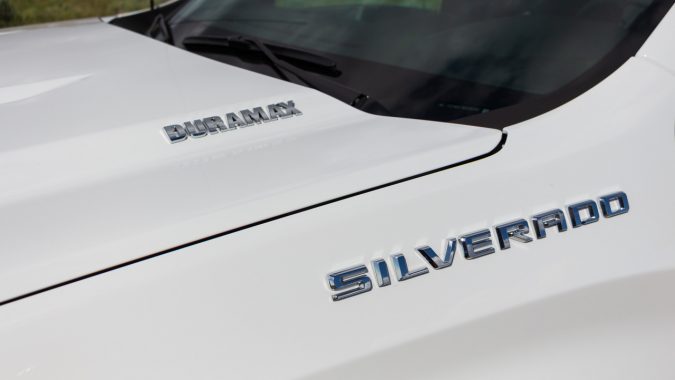 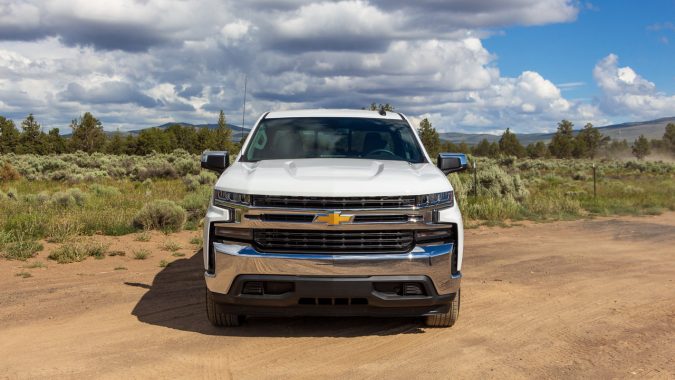 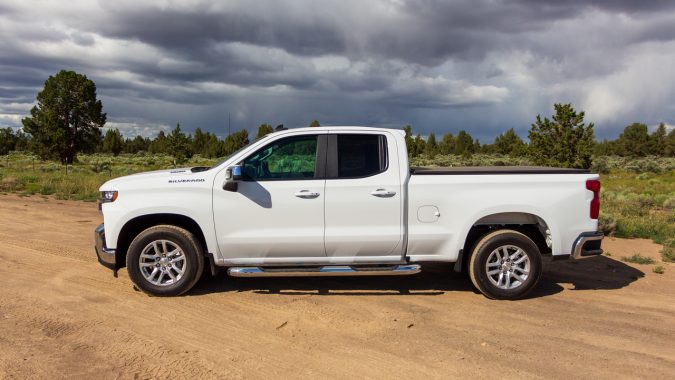 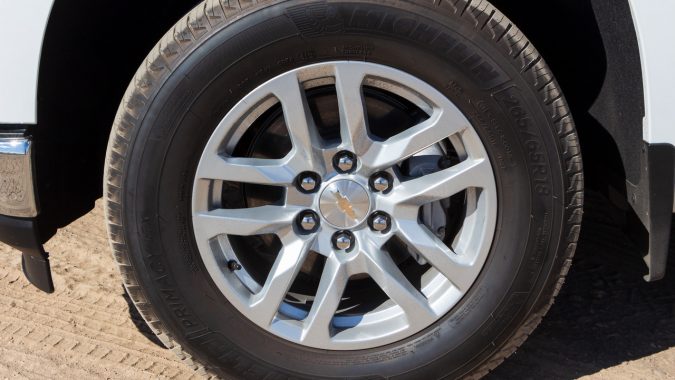 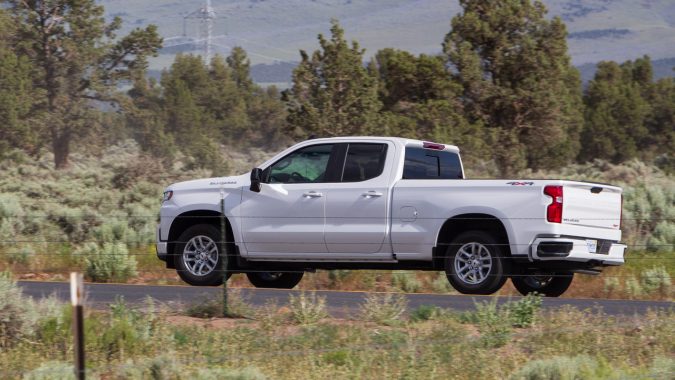 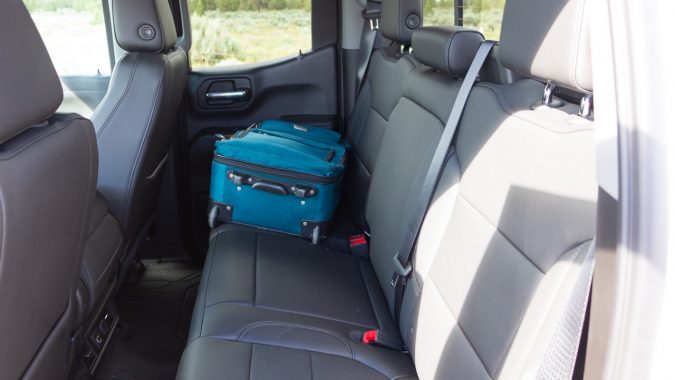 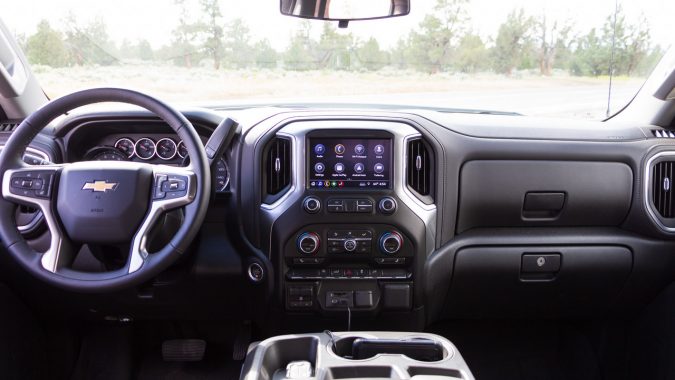 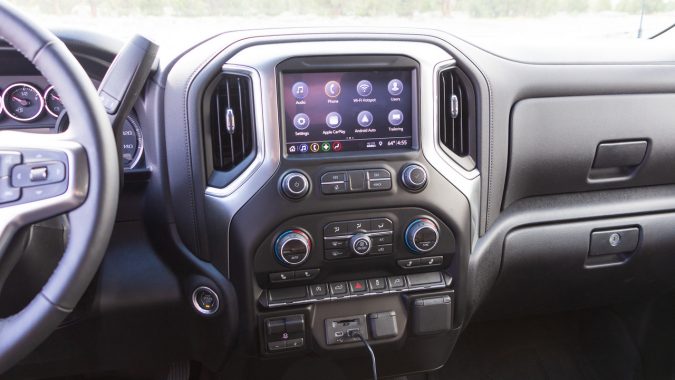 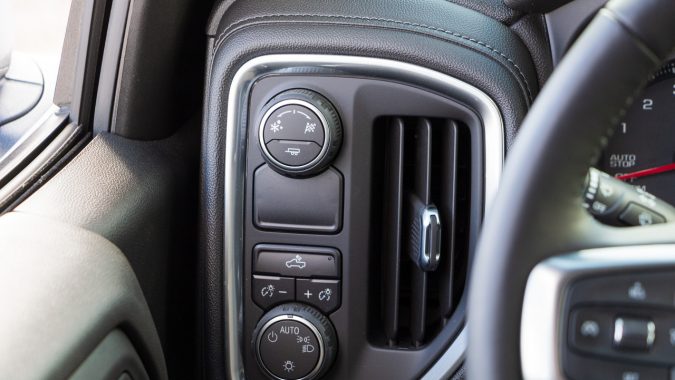 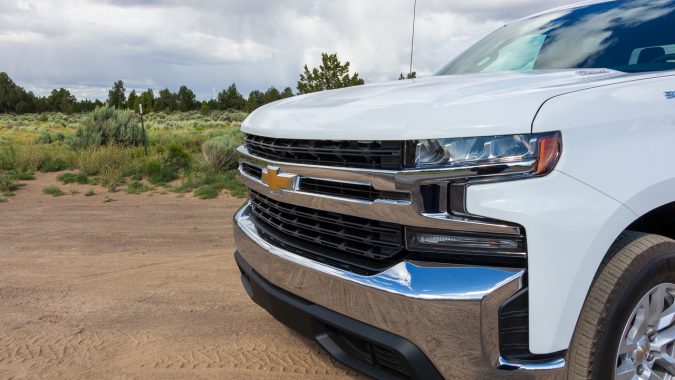 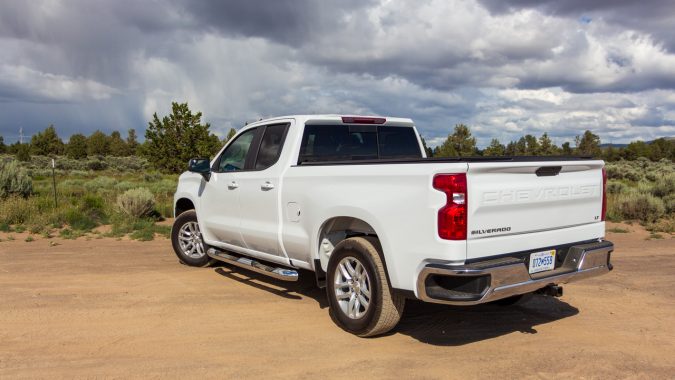 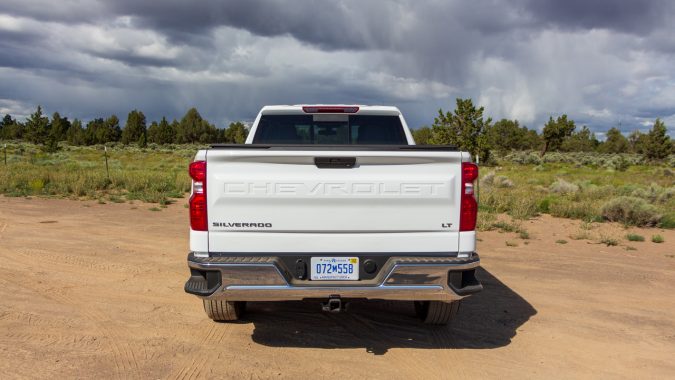 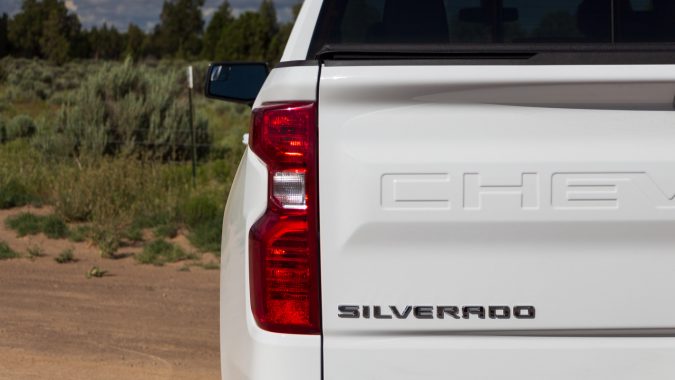 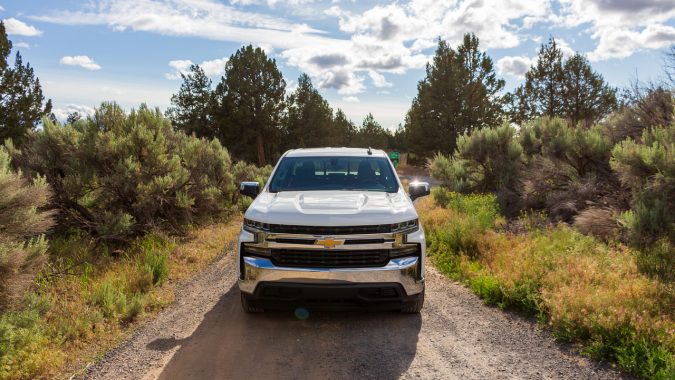