BOLZANO, Italy – The South Tyrol region of North East Italy has some of the most dramatic scenery in Europe.

And to take advantage of it, you have to use some of the most challenging mountain roads needed to be able to view it.

I really can’t think I could have had a better test area to put the new 2020 Audi A4 through its paces.

At first sight the new A4 doesn’t appear to differ from the out going model, but under a bit of scrutiny the mid cycle refresh updates do become apparent.

Most notable is the front “single frame” grill that has been stretched wider and is now flatter.

LED headlights are now standard across the line with the top-of-the-line trim levels getting Matrix LED technology. 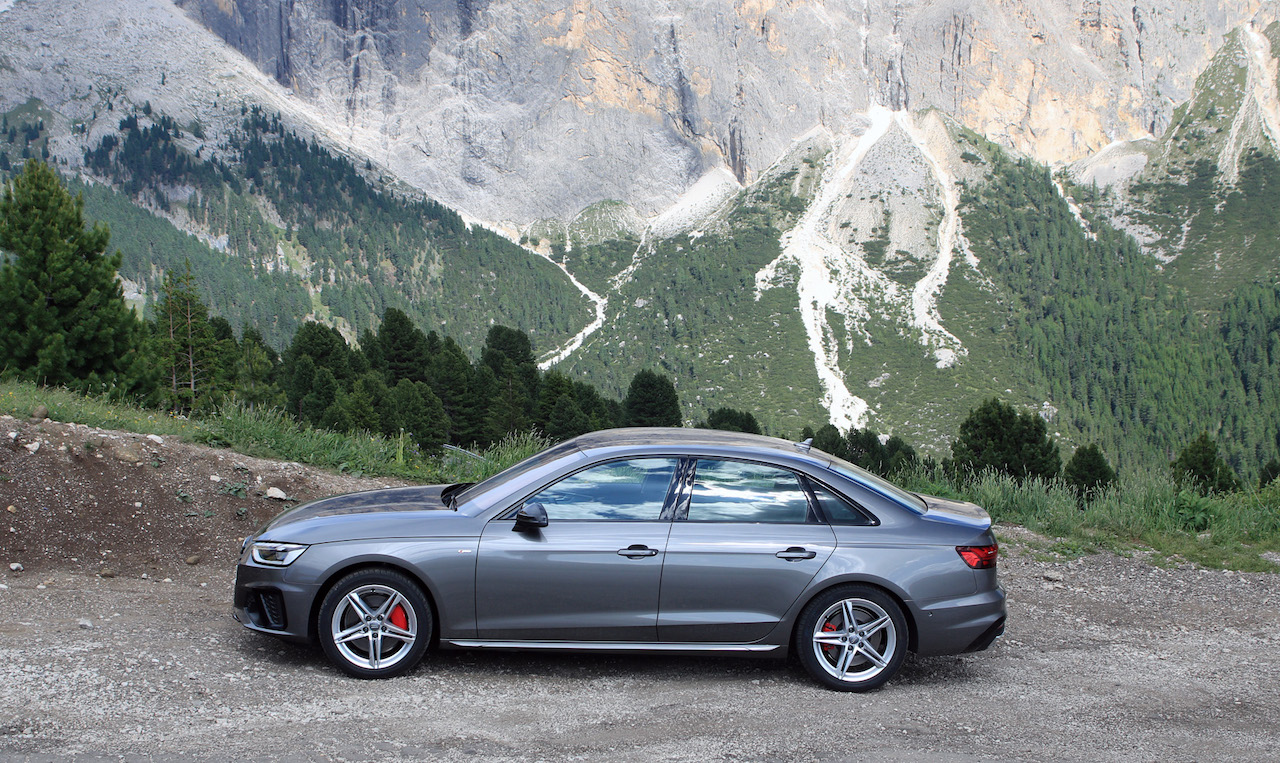 Along the side the shoulder line has been reduced with more emphasis being added to the fenders and around the wheel sills adding to the A4’s strong road presence.

The A4 is now longer by 24 mm while the wheelbase stays the same with the width being stretched by five mm. The rear windows have been increased giving the appearance of a longer cabin.

The drive train remains the same as the outgoing model with a 2.0-litre direct injection turbocharged inline four-cylinder that produces 245 hp and 273 lb/ft of torque.

What is different is that a mild 12-Volt mild hybrid system has been added that, according to Audi, will reduce fuel consumption by up to 0.3L/100 km.

This is achieved by the addition of a Belt Alternator Starter (BAS) that is connected to the drive shaft.

When the driver takes their foot off the accelerator the BAS can recover up to five kW of power and storing it in a separate lithium-ion battery located in the rear of the car. 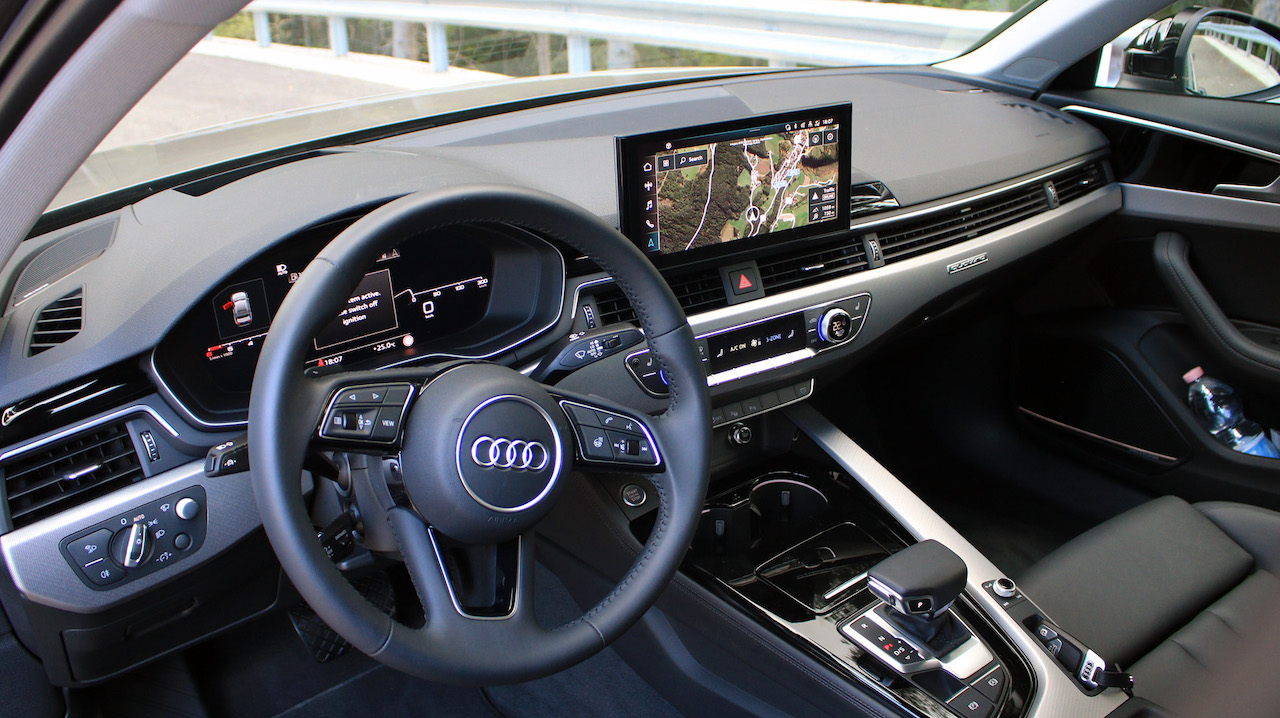 The cabin has benefitted from some minor upgrades to the dash. Gone is the old seven-inch infotainment screen as well as the mouse pad control in the centre consul and has now been replaced by a larger MMI 10.1 inch touchscreen that is now at the heart of Audi’s new Touch and Talk control system.

The TFT display is sharp and easy to use with long-touch functions, while swiping, scrolling and also supports multi finger gestures.

The screen is now tilted more towards the driver making it easier to reach and use, as well as adding a cockpit feel to the cabin. Surprisingly the volume control is still situated on the central consul but seems to be a bit lost now after the removal of the touch pad.

The roads in and around Bolzano are spectacular and a drivers dream, my co-driver and I decided to take the longer route to our hotel from the airport that took us up and over the mountains. 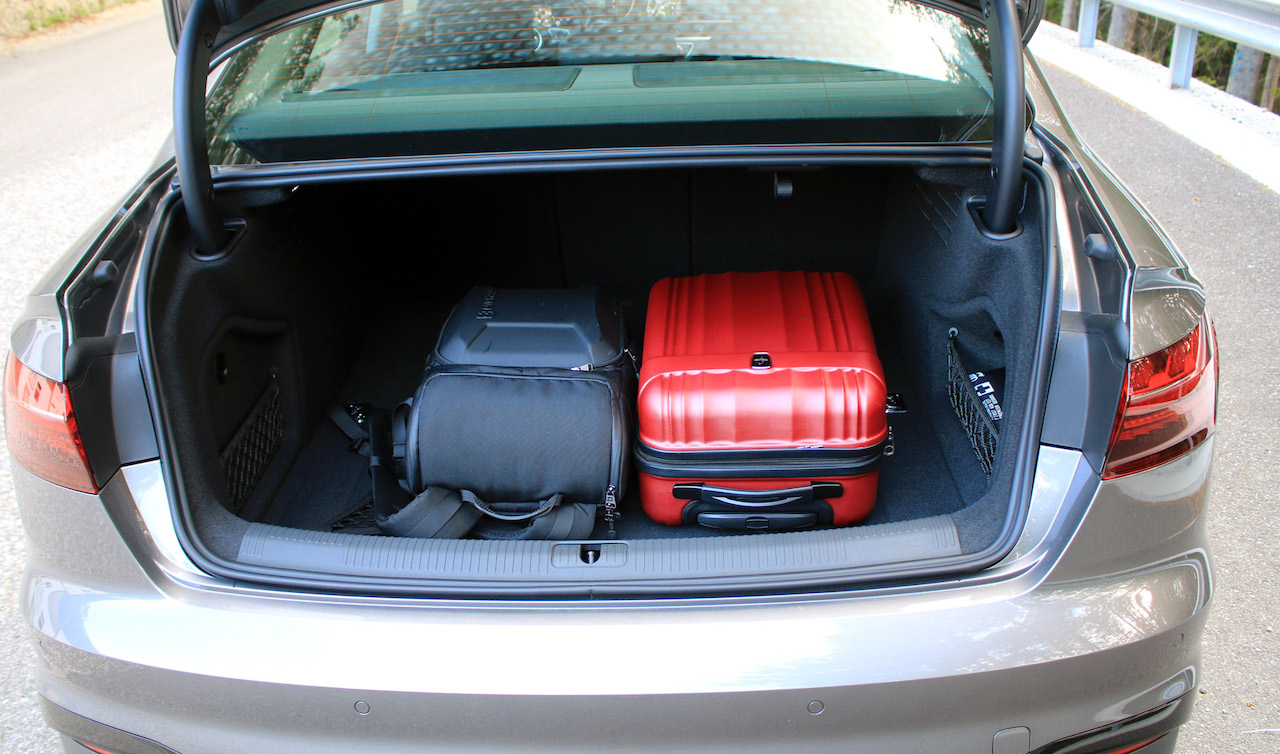 The roads are tight as they rise up into the Dolomites, the engine and transmission had no problem handling the steep inclines as we meandered our way up the mountainside.

Steering was precise and felt tight especially when hitting some of the switchbacks it certainly brought piece of mind especially when there were several thousands feet between the road and the valley floor below. Braking was crisp and brought the car down from speed without any fuss.

I did get a bit brave on the drive and was throwing it around on the twists and turns and it handled really well, there was very little body roll going into the corners with sharp acceleration exiting the corner even when the incline was far steeper than I am used to in southern Ontario.

The roads were busy with tourist traffic as well as more than enough tourist buses that seemed to use up every inch of road available, this made the handling of the A4 even more important when emergency maneuvers had to be made when coming up against one of the busses on a blind bend.

Over all I was more than impressed with the handling of the A4, the new subtle design changes do add to the looks of the car without distracting you from how good of a car the A4 is.

The A4 won’t be available in Canadian showrooms until the spring of 2020 with pricing being released closer to then, but from what I experienced in driving it, there will be no problem maintaining its place as Audi’s second best selling vehicle in Canada. 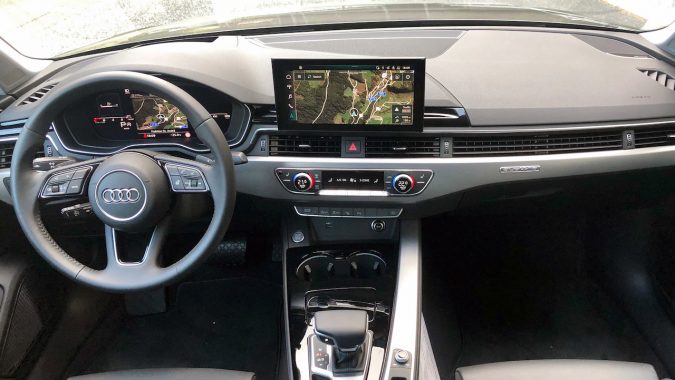 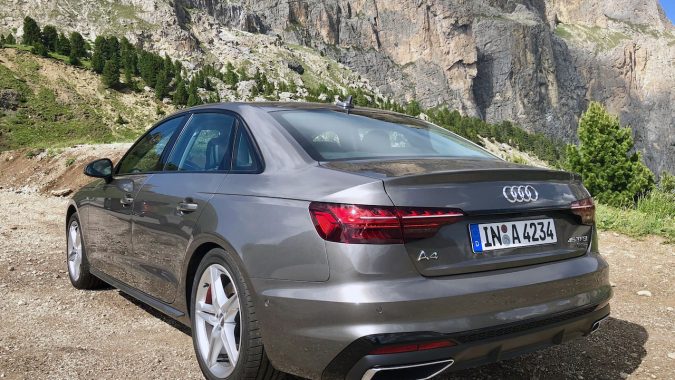 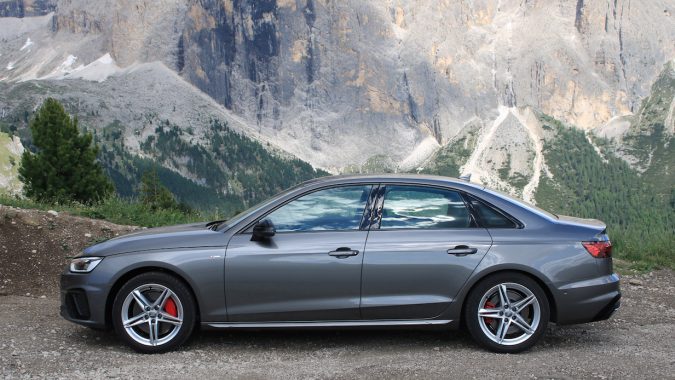 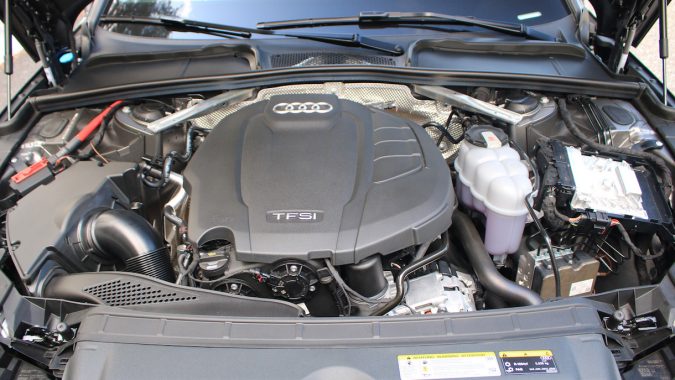 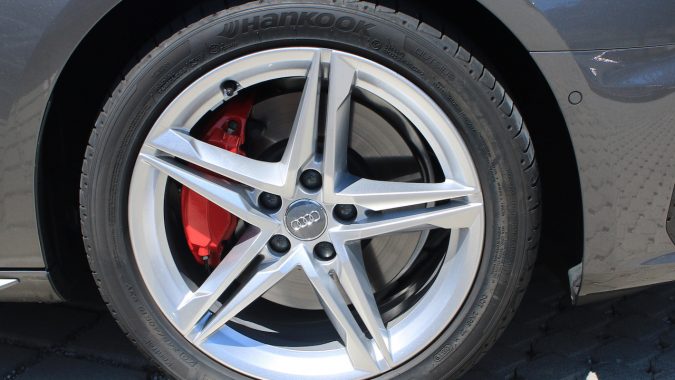