The 2019 Jetta builds on VW’s new MQB platform, the new common foundation for everything from Golf to Atlas to even a recent pickup truck concept.

DURHAM, NC: They claim a lot of firsts in North Carolina.

The “Tar Heels” also lay claim to the first colony settlement, the first Pepsi, even the first home run hit by Babe Ruth.

And journalists from across North America gathered in North Carolina to be the first to drive Volkswagen’s new 2019 Jetta, a revised seventh generation model designed to maintain its popular position in VW’s lineup.

The Jetta may not hold a first in VW sales rankings, what with the customer tide shifting to CUVs and sport utes.

But even a diminishing 30 per cent sedan share of the automotive market is worth investing in and Jetta, approaching a historical 18 million global sales – 600,000 of those sales in Canada – looks to bolster those numbers with a bigger and better model for 2019.

The 2019 Jetta builds on VW’s new MQB platform, the new common foundation for everything from Golf to Atlas to even a recent pickup truck concept.

The new Jetta has grown in every dimension, starting with a stretched wheelbase (+35 mm). It is longer (+46 mm) and wider (+21 mm) with a correspondingly roomy interior (first in its compact class according to VW).

There’s some give and take inside with an overall increase in shoulder room, acceptable headroom in front and back even with the emphasis on the sleek coupe-like roofline. There’s also a little less legroom in the second row (-17 mm) and reduced cargo space (-41 litres), the trunk still swallowing up to 399 litres of luggage. Structural differences within the MQB platform also force a slightly smaller 50-litre fuel tank (-5 litres).

There’s nothing much to complain about here except for the slightly vision-intrusive high angle of the rear parcel shelf.

The dash layout is more interesting – angular and driver-oriented, a design element really noticeable from the passenger side.

“I feel so left out,” my driving partner joked from the passenger seat. 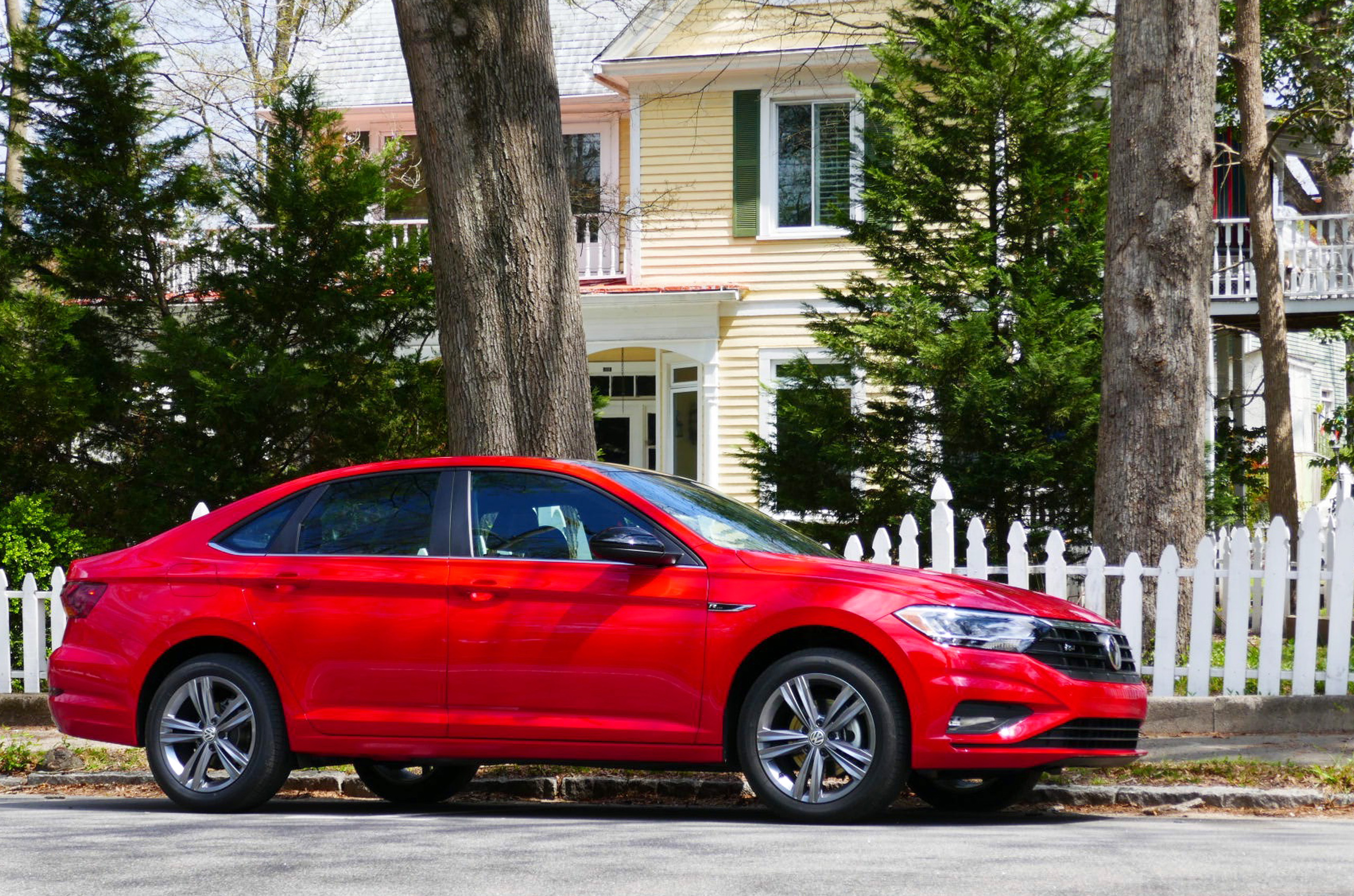 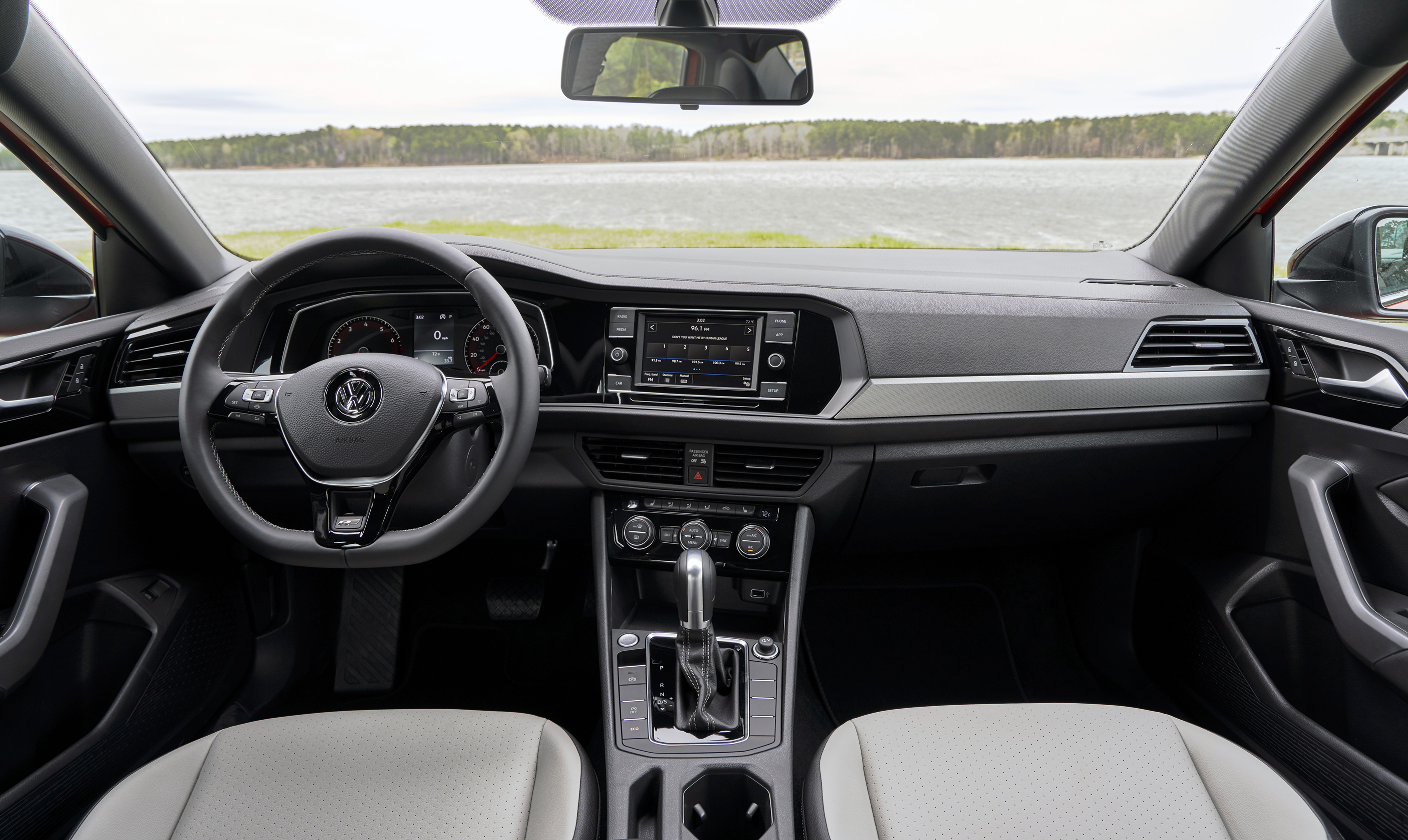 Owners won’t feel left out when it comes to content, with a long list of equipment that includes multi-control steering wheel, heated seats, an App-Connect system hosting Apple CarPlay, Android Auto and MirrorLink, a standard rearview camera and a 6.5-inch colour display that gives way to an 8.0-inch Discover Media version with nav as you rise through three simplified trim levels for 2019 – Comfortline ($20,995), Highline ($24,095) and Execline ($27,695).

Automatic transmissions add $1,400. The mid-level Highline trim can be sportified with an R-Line package ($1,700), marked by a “flister” (fender badge) and adding custom styling cues and VW’s XDS electronic differential.

The 1.4-litre turbocharged direct-injection four-cylinder TSI motor carries over for 2019 but tweaks to ancillaries and two new transmissions (a six-speed manual and eight-speed automatic) improve efficiencies. The auto tranny adds a Start/Stop system. 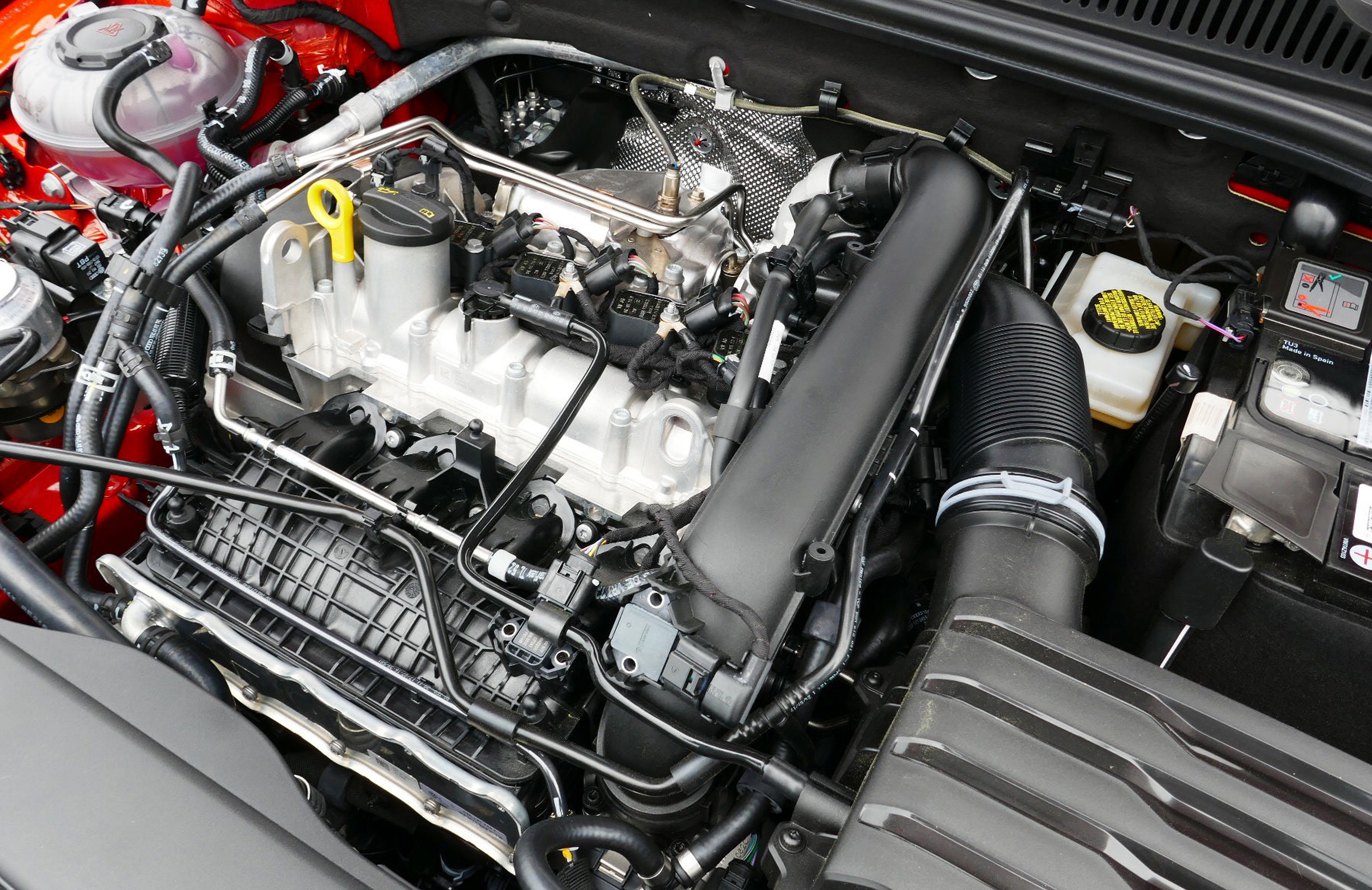 The power numbers may not resonate with much chest-thumping machismo but the turbo four-banger pulls willingly enough. Capable power allows for spirited acceleration.

No big thrills, but I managed a few timely passing maneuvers.

Most customers will opt for the quiet, smooth sailing of the eight-speed automatic but up to 20 per cent of Canadian customers (more than in the U.S.) will elect to stay with the six-speed manual.

And this slightly bigger Jetta still perks up nicely with the manual tranny, maintaining its compact nimbleness.

The 2019 Jetta drops the optional 1.8-litre turbo, so anyone looking for extra oomph will have to wait for the Jetta GLI, slated for eight or nine months from now and promising more power than ever.

VW Canada has always done well with the Jetta, receptive Canadian customers usually snapping up twice as many per capita when compared to the U.S.

Those Canadian customers already pre-ordered more than 800 of the 2019 models sight unseen, again overshadowing their American cousins and resulting in early shipments to our dealers this April.

Check one out for yourself. 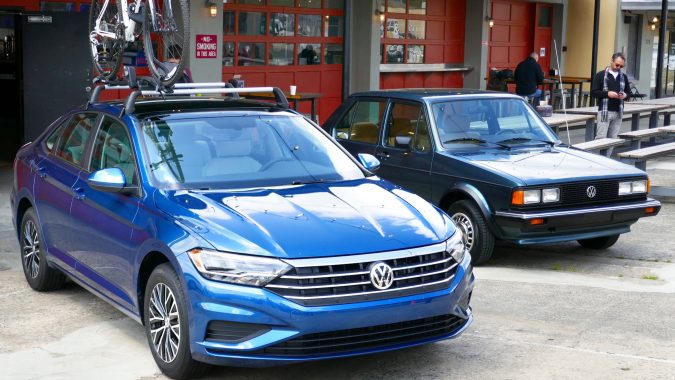 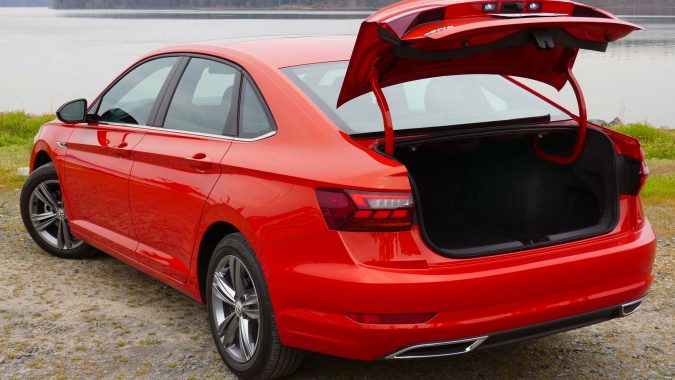 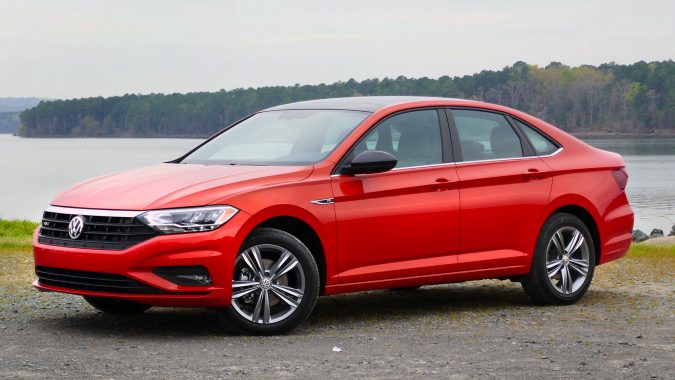 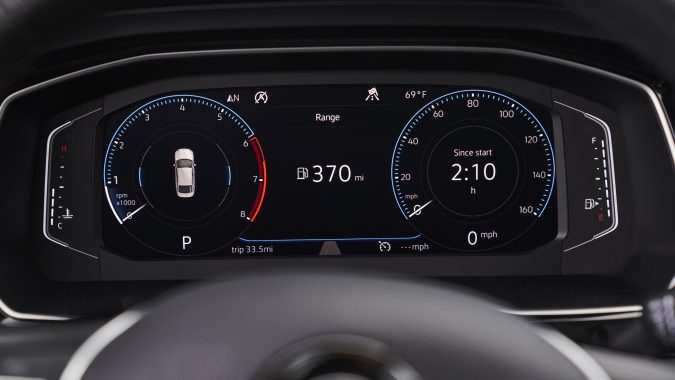 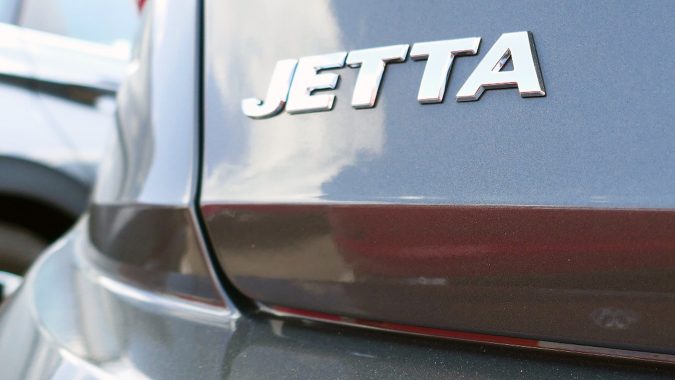