CARMEL, CA: The 2019 Toyota RAV4 fairly well sums up the history and evolution of the compact crossover.

Small, trucky sedan-based vehicles were nothing new in Japan, until the North American market (primarily) grasped the idea of something that could load and carry more than a sedan, but was frugal on fuel and also drove like a compact.

The battle still rages about which was first in North America, the RAV4 that initially appeared in Japan in 1994 or the Honda CR-V that arrived on our shores in 1996 along with the Subaru Forester.

Personally, I think Subaru gets the nod. But two decades later, every automaker worth its salt has at least two compact crossovers, and in some cases arguably three.

And probably the best news is the bulk of the RAV4s are produced in Toyota’s award-winning Cambridge, ON, assembly plant. 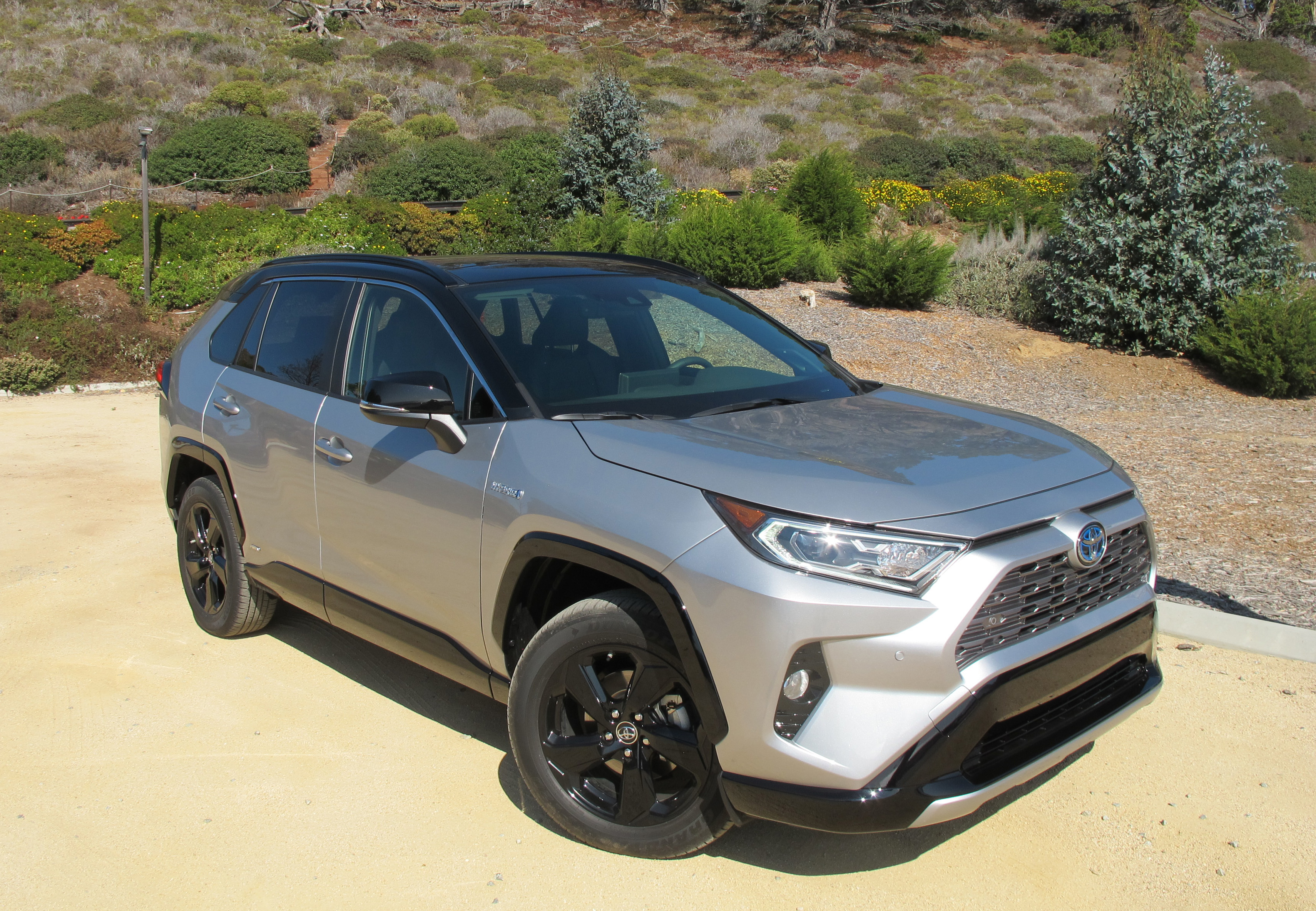 So for 2019, Toyota is not going to mess with success, offering the new RAV4 in no less than 12 configurations – RAV4 FWD in two versions, RAV4 AWD in five versions and RAV4 Hybrid in five versions.

Do they really need 12 takes on the same crossover?

The short answer is yes, because CUV buyers comprise a huge range of demographics and they purchase for many diverse reasons.

To be a player in this segment means being more than being just a one- or two-trick pony.

And Canadian CUV intenders are dialed into what’s going on in the market.

For instance, Toyota.ca traffic rose eight per cent after the 2019 RAV was revealed earlier this year at the New York Auto Show, while page views at Toyota.ca climbed 24 per cent.

RAV4 is one of the first to employ the new Toyota New Global Architecture (TNGA) which is being rolled out across the new product range. 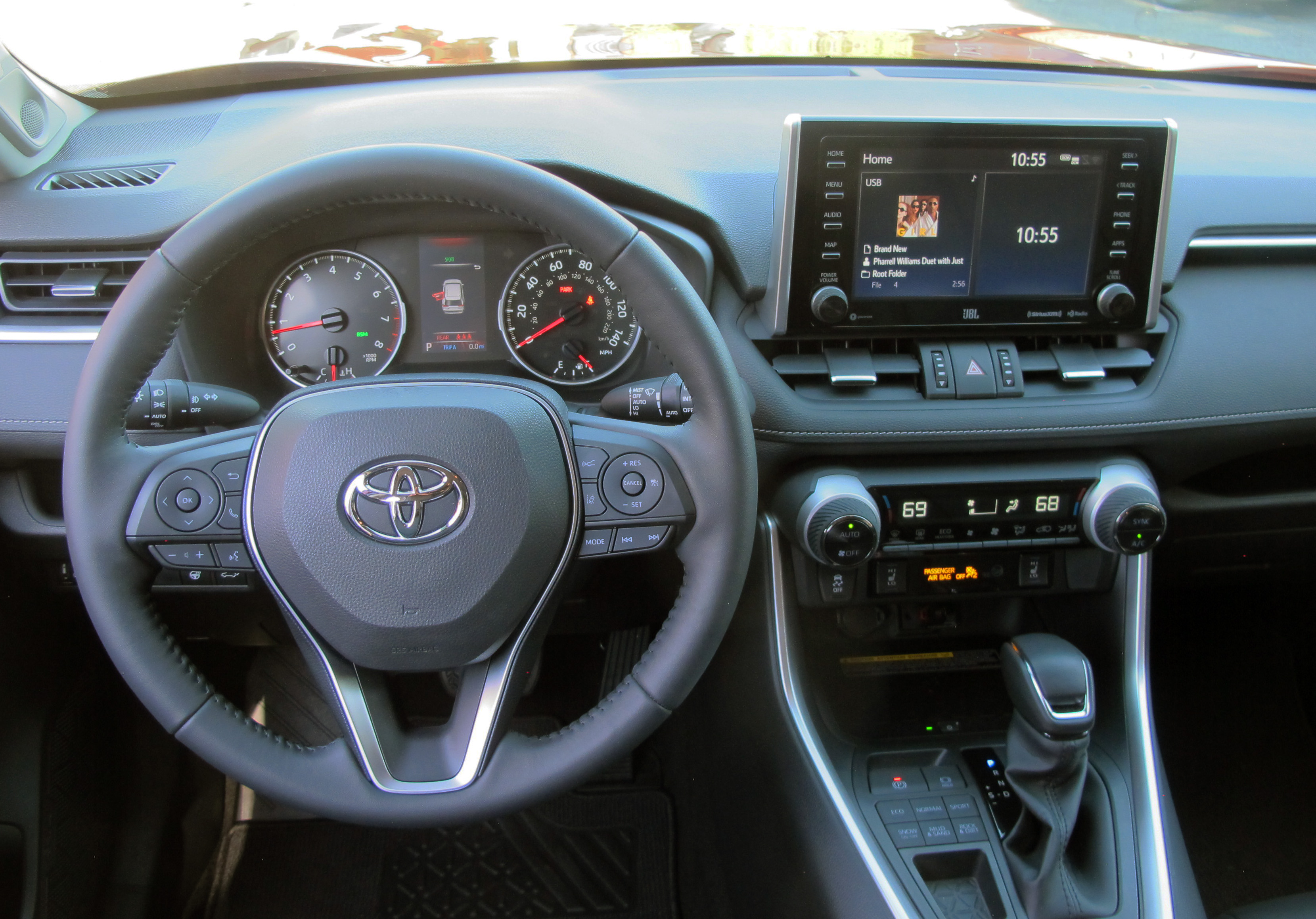 The non-hybrid RAV4 uses a 2.5-litre direct injection inline four-cylinder engine producing 203 hp and 184 lb/ft of torque driving the front or all four wheels through an eight-speed automatic transmission.

The RAV4 Hybrid uses the same engine, but recalibrated to 176 hp and 163 lb/ft of torque. This is supplemented by a 194 hp and 88 lb/ft of torque electric motor for a combined 219 hp. Toyota does not release combined torque numbers.

The Hybrid uses a CVT to drive all four wheels.

Hybrid battery storage is in a 6.5 Ah Nickel-Metal Hydrid battery. While less power dense than the Lithium-Ion batteries used by the rest of the auto industry, Nickel-Metal Hybrid is non-toxic, fully recyclable and not prone to fire.

Styling is very edgy with a snub-nosed look grille treatment reminiscent of the big Tundra pickup, combined with extensive use of LED lighting.

I managed to drive a number of the new RAVs, starting with a new trim model called the Trail in Canada and Adventure in the U.S.

This is the most off-the-road capable of the lot, with Dynamic Torque Vectoring AWD with rear driveline disconnect, multi terrain select modes, chunky 19-inch tires and alloy wheels and towing up to 3,500 lb, whereas the rest of the RAVs are down in the 1,500-1,750 lb range. 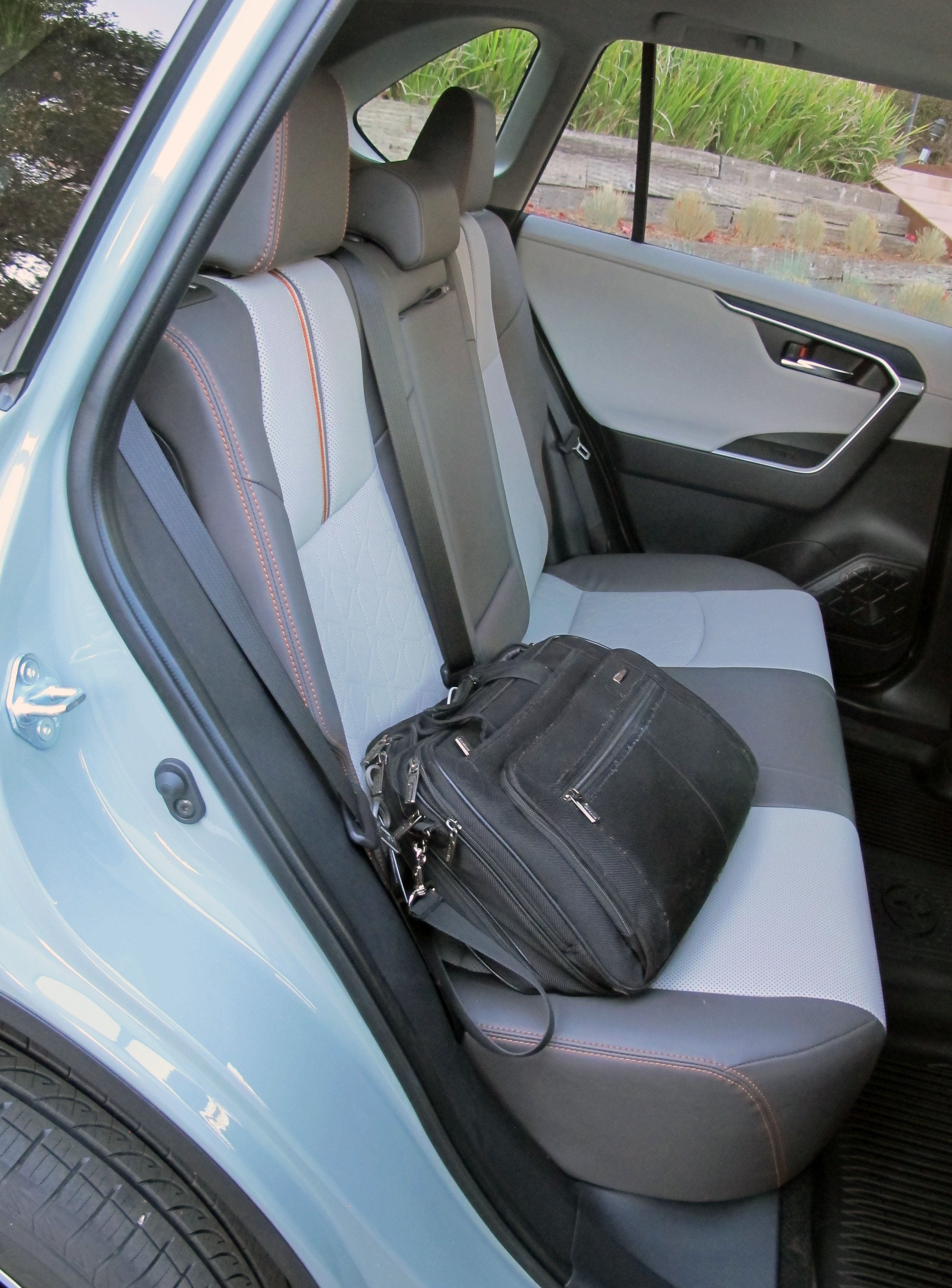 The Trail is easy to spot with truck-like exterior with big roof rails and off-setting orange trim and seat stitching on the inside.

What my co-driver and I both noticed with the Trail, as well as the XSE and Limited models we drove, was the sharpness of acceleration off the line and the positive feedback through the steering wheel.

Sight lines were excellent and the cargo volume is easily one of the largest in the segment.

Only thing wrong was the Atkinson Cycle engine that growls at full acceleration. This type of engine is designed for fuel savings, not outright power, which results in the harshness, which I have noticed on several other makers’ engines using the Atkinson Cycle.

That all changed with the Hybrid, which seemed much smoother overall, especially on climbs where the extra power of the electric motor came in seamlessly. 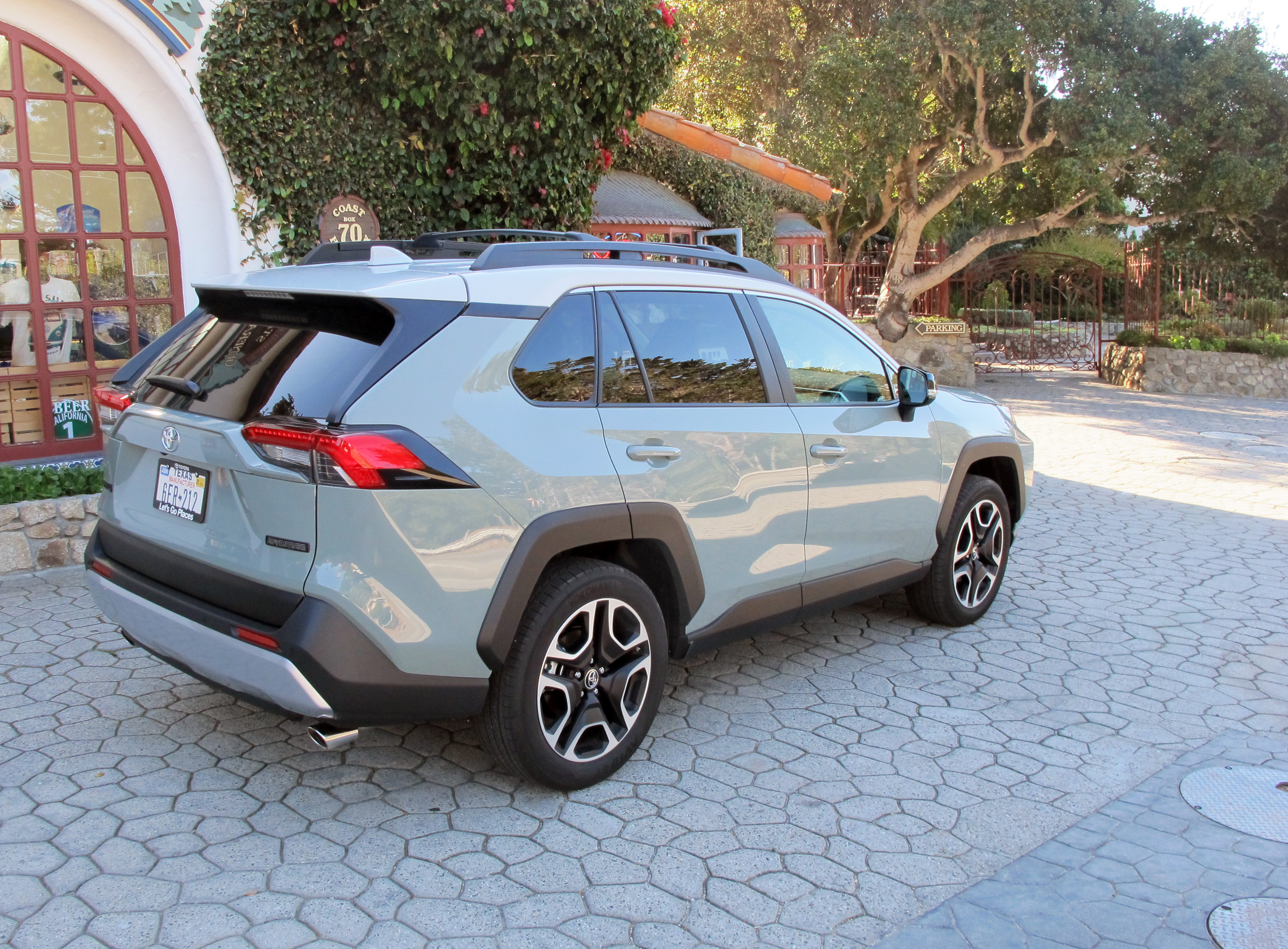 Right now there is no real competitor in the compact Hybrid CUV segment, although we all know Honda is working on a Hybrid CR-V.

I told Toyota Canada officials if they can bring the Hybrid in at under $45,000, they’d have a winner. We should know the price before it arrives in the spring.

Toyota expects the LE AWD priced starting at $30,690 will be the volume seller, with LED headlights, Blind Spot Monitor and Toyota’s Safety System 2.0, which is one of the best offered by any automaker at any price.

But I think the Trial is going to be a sales surprise because of what it can do for the price ($38,690) and it looks great.

There was no doubt at the Canadian media presentation Toyota is setting its sights firmly on taking over top spot in the segment.

With a brace of no less than 12 RAV4s to choose from, Toyota is already paving the way to sales success.