Corolla Hatch has an eye on you, offering the right choice at the right time.

One, as far as I know, is the first time an automaker has offered an optional front-faced dash cam.

These devices are mushrooming in popularity, but this is a factory approved and dealer-installed feature that comes with a warranty.

It’s evidence that the automakers are shifting with the times to attract customers who desire increasing connectivity and electronic features.

For instance, the new Corolla is fitted standard with Toyota’s 3.0 Audio system with imbedded Apple CarPlay.

It’s the first compact hatchback to be built on the Toyota New Global Architecture (TNGA) which allowed engineers to widen and lengthen the stance while lowering the body for a better centre of gravity. 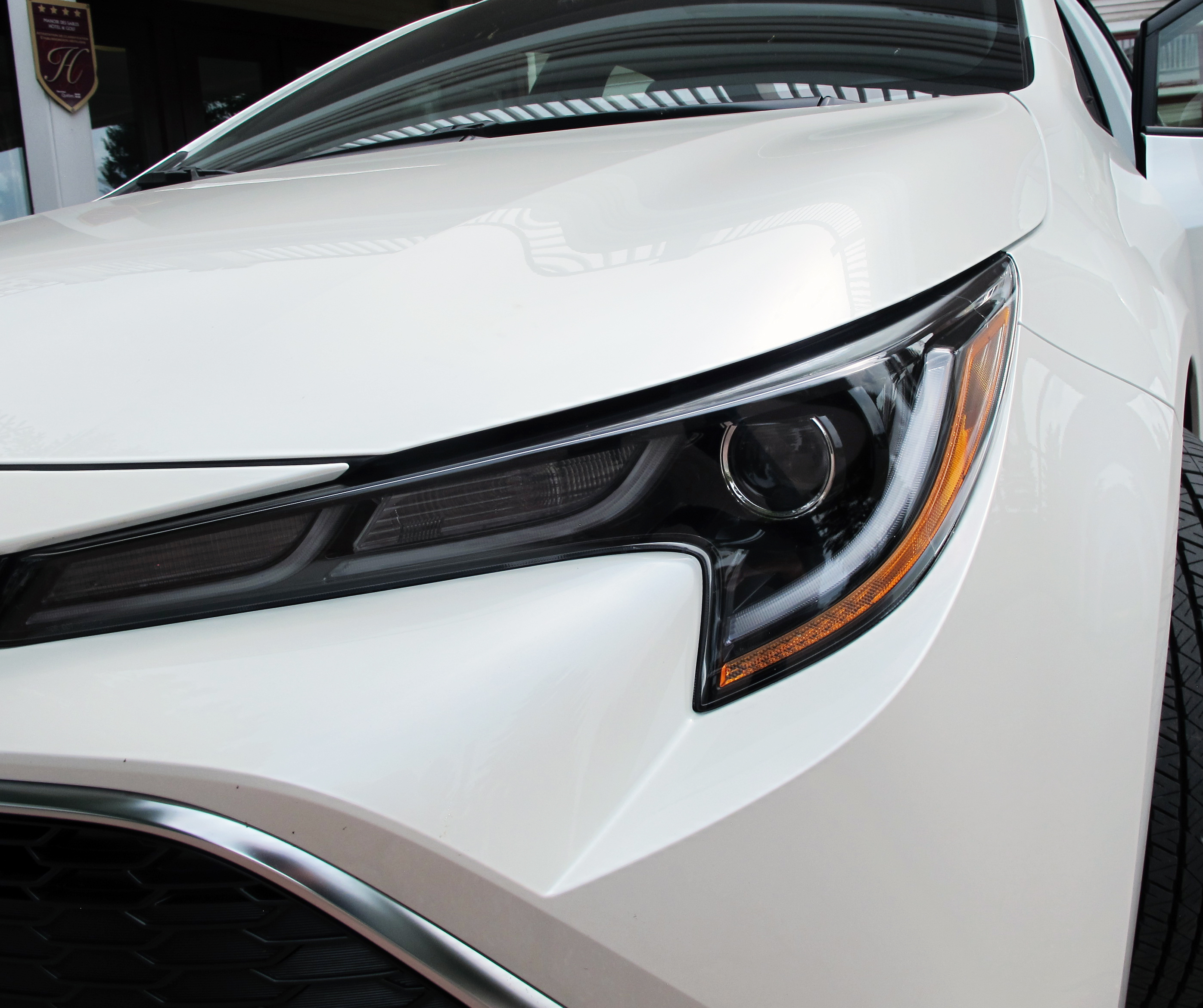 It is also the first Corolla to offer a rear independent suspension, in this instance a multi-link system while the front suspension remains MacStruts.

Also new is the 2.0-litre direct injection inline four-cylinder producing 168 hp and 151 lb/ft of torque driving the front wheels. There is either a six-speed manual or 10-step CVT, depending on trim level.

This new engine operates at a 40 per cent thermal efficiency level, which is a number unheard of just two decades ago, when 15 per cent was considered good.

As many already know, the 2019 Hatchback began life as a Scion before the brand was closed down and the hatchback version was re-badged as the Corolla iM.

Because Scion was supposed to be youth oriented, it had far more radical styling than your typical Corolla.

And because the Hatchback is essentially a new car, the stylists wanted a more premium look and enhanced the styling, incorporating standard LED headlights, available 18-inch alloy wheels and there is an optional rear hatch spoiler that looks like something off a LeMans racecar.

Automatic climate control is standard with an eight-inch centre stack touchscreen with pinch and swipe controls. Interestingly, the rear hatch is made with resins.

In the performance department, a Corolla first is Active Cornering Assist (ACA), which is Toyota-speak for torque vectoring that provides improved grip under heavy cornering and fights understeer. 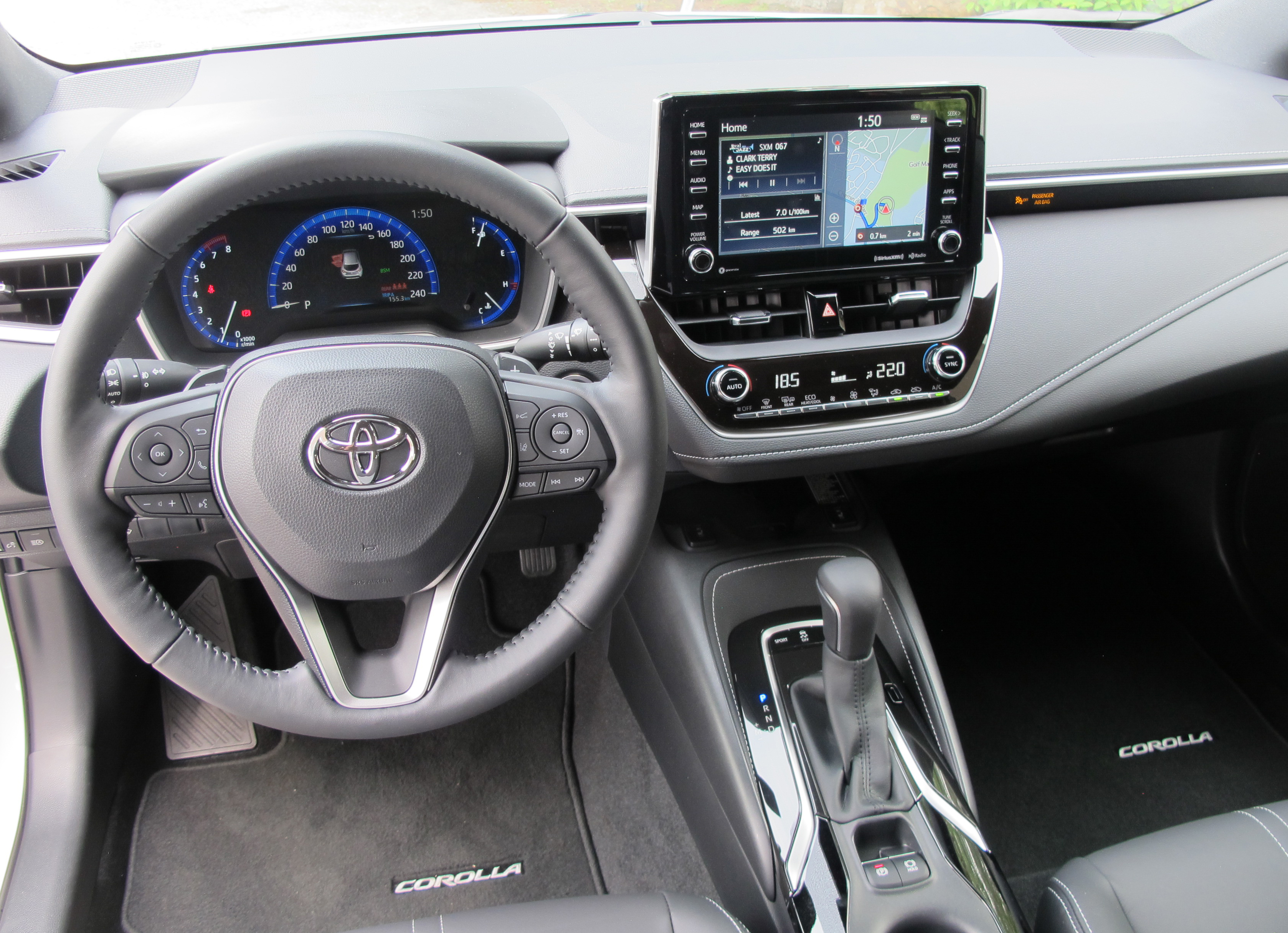 I put a lot of driving distance on a toptrim XSE model with CVT and did a brief stint in an SE model with the manual.

Right out of the box, the CVT made the most of the engine and had quite the sprint power going for it — which I did not expect.

Crossing the construction zone on either side of the Champlain Bridge in Montreal on my way to Sherbrooke, you could tell people were not happy with endless serpentine detours and just wanted to get through it as fast as possible.

Watching the mirrors all the way and making lighting lane changes, I had the power to pick my opening and go for it.

And the next day driving at a more leisurely pace, my co-driver remarked several times about how quietly it ran and I have to agree.

Stopping for a Tim’s, in the parking spot where I wanted to go stood a woman with he back to me. I did not toot the horn but waited for her to notice me.

When she finally did, she was startled because the engine was so quite she just didn’t know I was there.

The latter, only on CVT models, is akin to hands-on semi-autonomous driving which uses lines on the road to centre the Corolla in the lane. At speeds above 50 km/h, a first on any Toyota is Road Edge Detection that is part of the lane departure system. 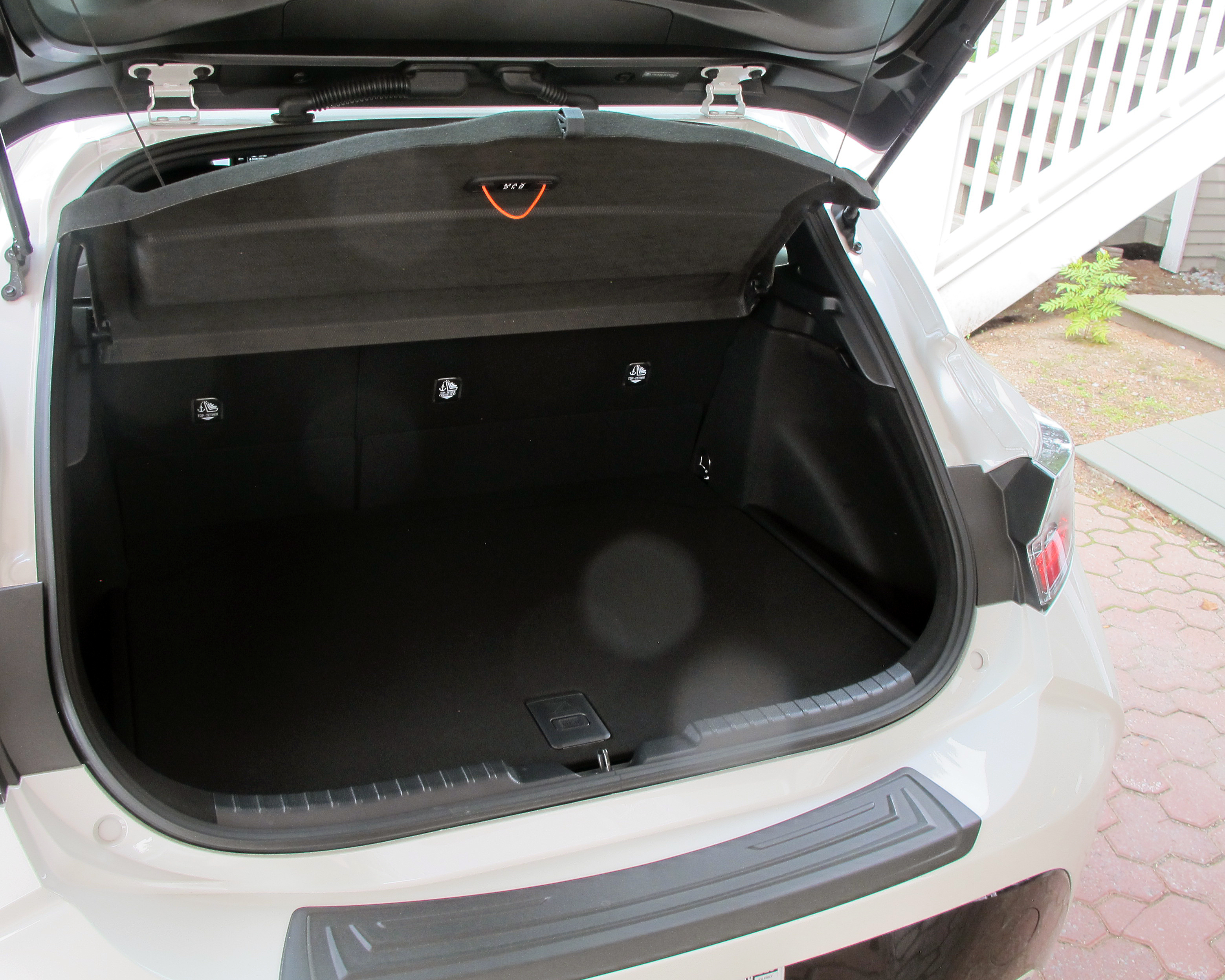 An interesting thing about the whole system is the pedestrian detection feature operates from 10-80 km/h and not only “sees” daytime cyclists but walkers as well, in low light.

The manual version was precise in finding the intended slot with innovative self-adjustable engine speed to reduce the tendency to stall, which will be good news to those just learning or with limited experience with manual transmissions.

What I like was the transmission matches engine revs when downshifting, which makes the whole idea of engine braking and gearing down a lot simpler and more efficient.

As much as I still delight in a nice, crisp gearbox, the CVT in the XSE was faultless when it came to response when passing and changing lanes.

The old days, when CVTs were known for “rubber banding” when the engine was roaring away waiting for the bands in the CVT to come up to speed, are thankfully a thing of the past and best left forgotten.

There’s no doubt Toyota is aiming the Corolla Hatchback at a younger, millennial crowd with much of the marketing pitch being made through social media, but I think the base of buyers is much wider than that.

Demographic buying trends are so blurred today that the message is really about offering the right choice at the right time.

And that’s just what Toyota has done with the 2019 Corolla Hatchback. 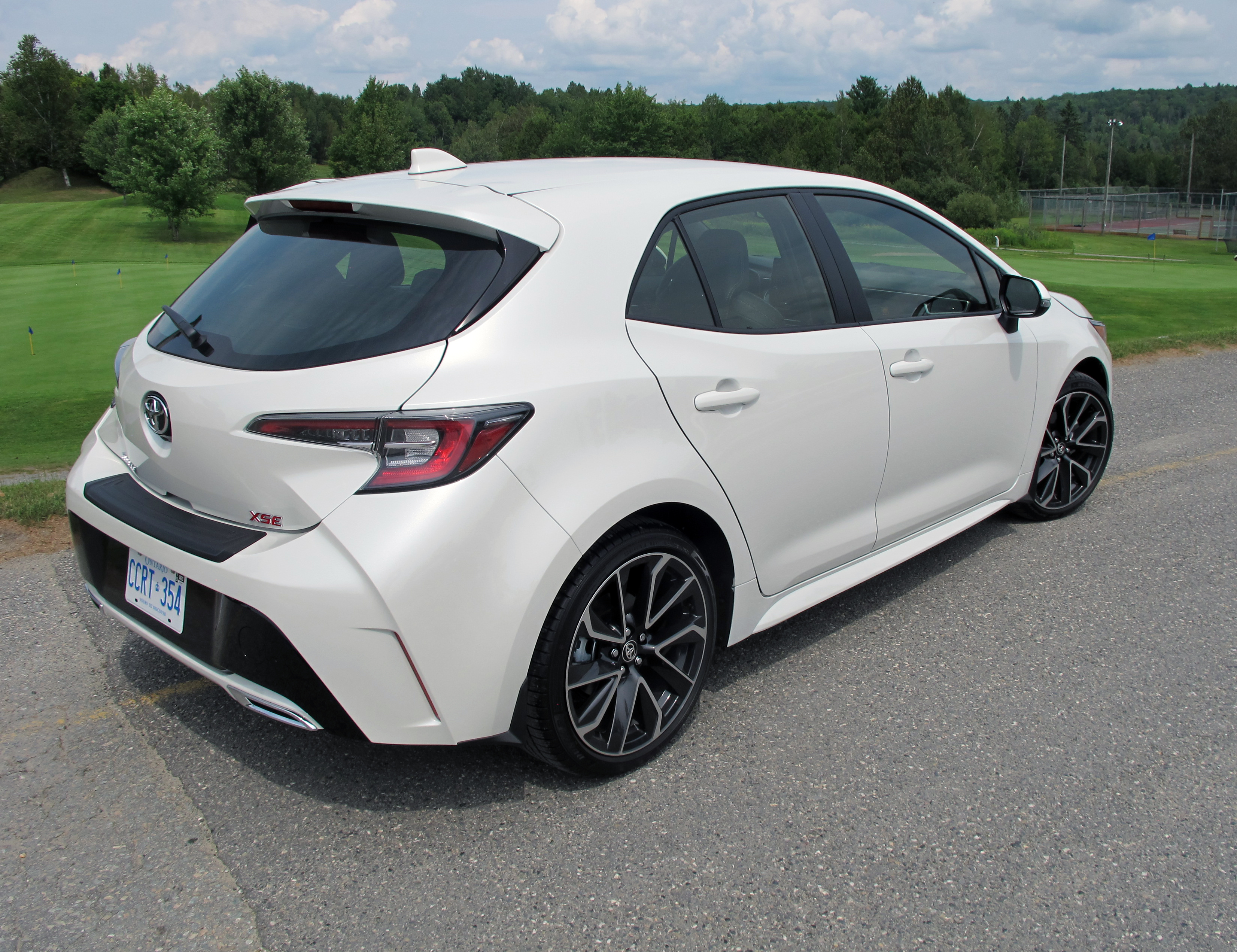 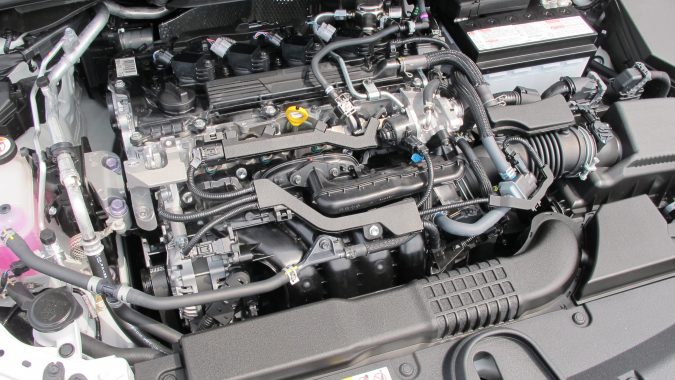 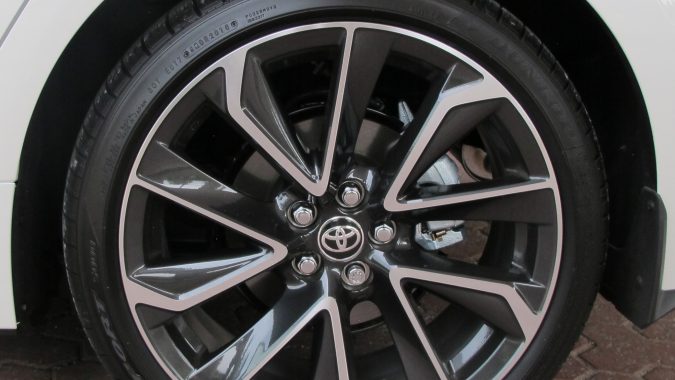 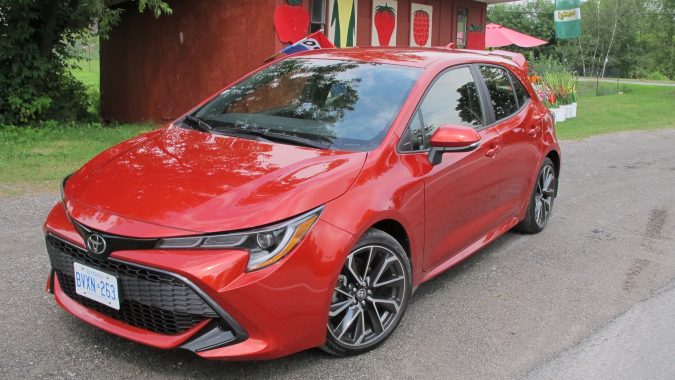 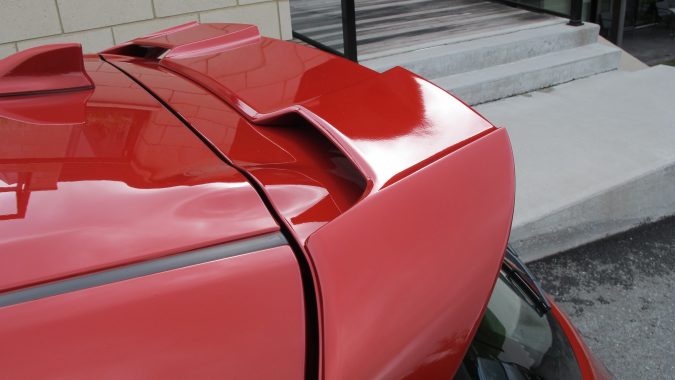