The Rolls-Royce of SUV's

THERMAL, CA: Rolls-Royce describes the 2019 Cullinan SUV as “quite possibly, the most anticipated Roll-Royce of all time.”

It goes on to say it is “an all-terrain high-bodied car that makes the idea of authentic, luxury off-road travel a reality for the first time. Luxury travel is now Effortless, Everywhere.”

Well I, for one, have certainly been anticipating the Cullinan since 2015 at the Frankfurt Motor Show, when Rolls-Royce confirmed it was considering an SUV.

With Lamborghini, Bentley and other topline makers venturing into the luxury SUV market, it made a lot of sense to draw on its current owner, BMW Group, for the expertise.

Sure enough, Cullinan was announced one year ago and named after the largest uncut diamond ever found at 3,100 carats, which is now part of the British crown jewels.

Called the “flag bearer” by RR insiders, the Cullinan sits at the top of the Rolls-Royce line up, including the Phantom VIII. 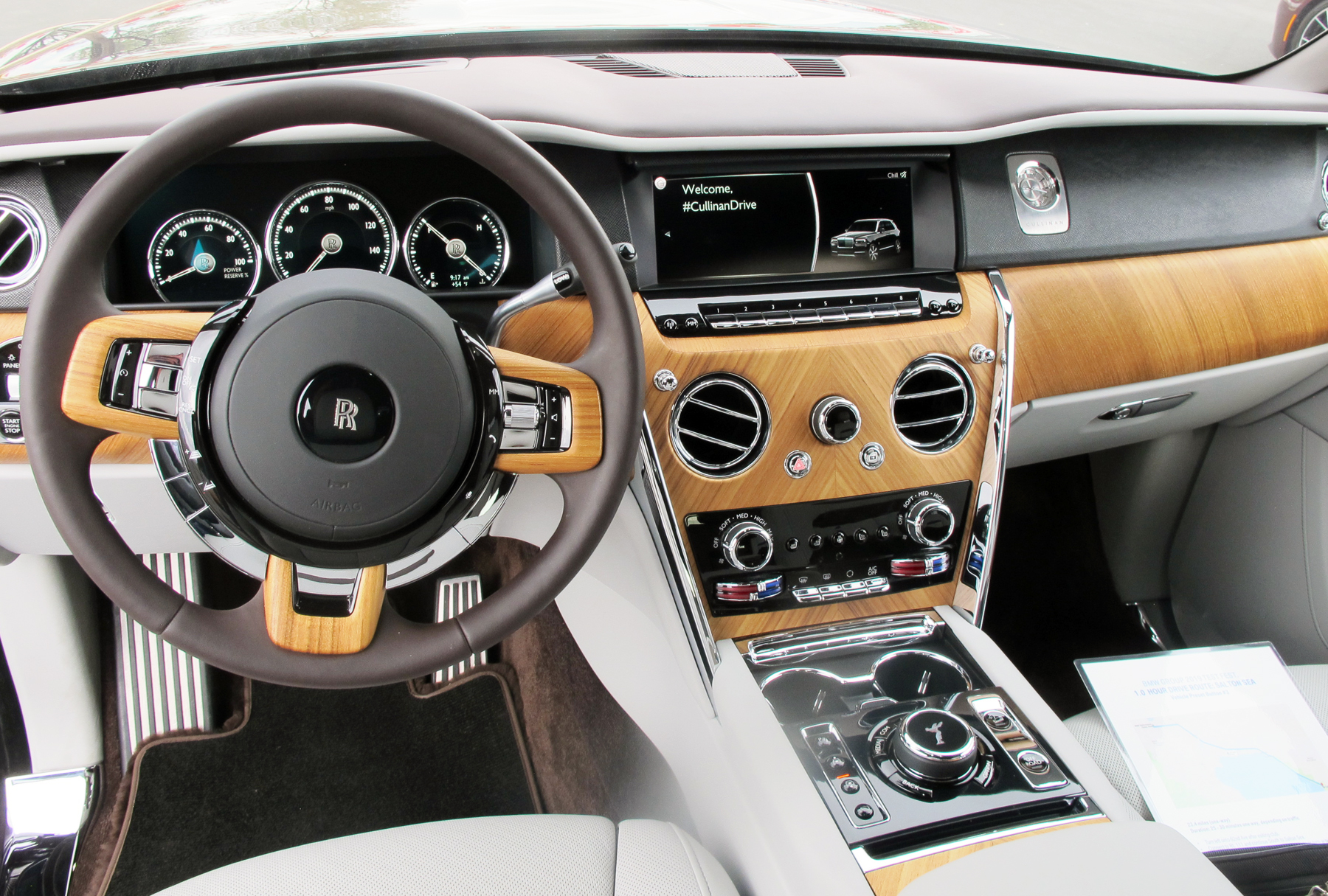 The Cullinan was made available recently to a very small group of Canadian autowriters at the second annual BMW Group “Test Fest” in Thermal, CA, with 16 BMWs, 11 MINIs, six motorcycles and the Cullinan available for test drives.

Park that in a single-car garage and you probably wouldn’t to able to open the doors to get out.

But more to the point, it sits 1,835 mm (72 in) tall, which allows you to step in rather than climb in to the front or rear seats, which is a Rolls-Royce virtue.

Luxury abounds everywhere from the leather that is so fine it feels like linen, to the wood trim, in the case of the one I drove, in an open pore teak.

The signature “Spirit of Ecstasy” flying lady hood ornament is embossed on the door panel leather trim, in this case, in Driftwood Grey. The ornament, by the way, can be electrically retracted to avoid vandalism or theft. 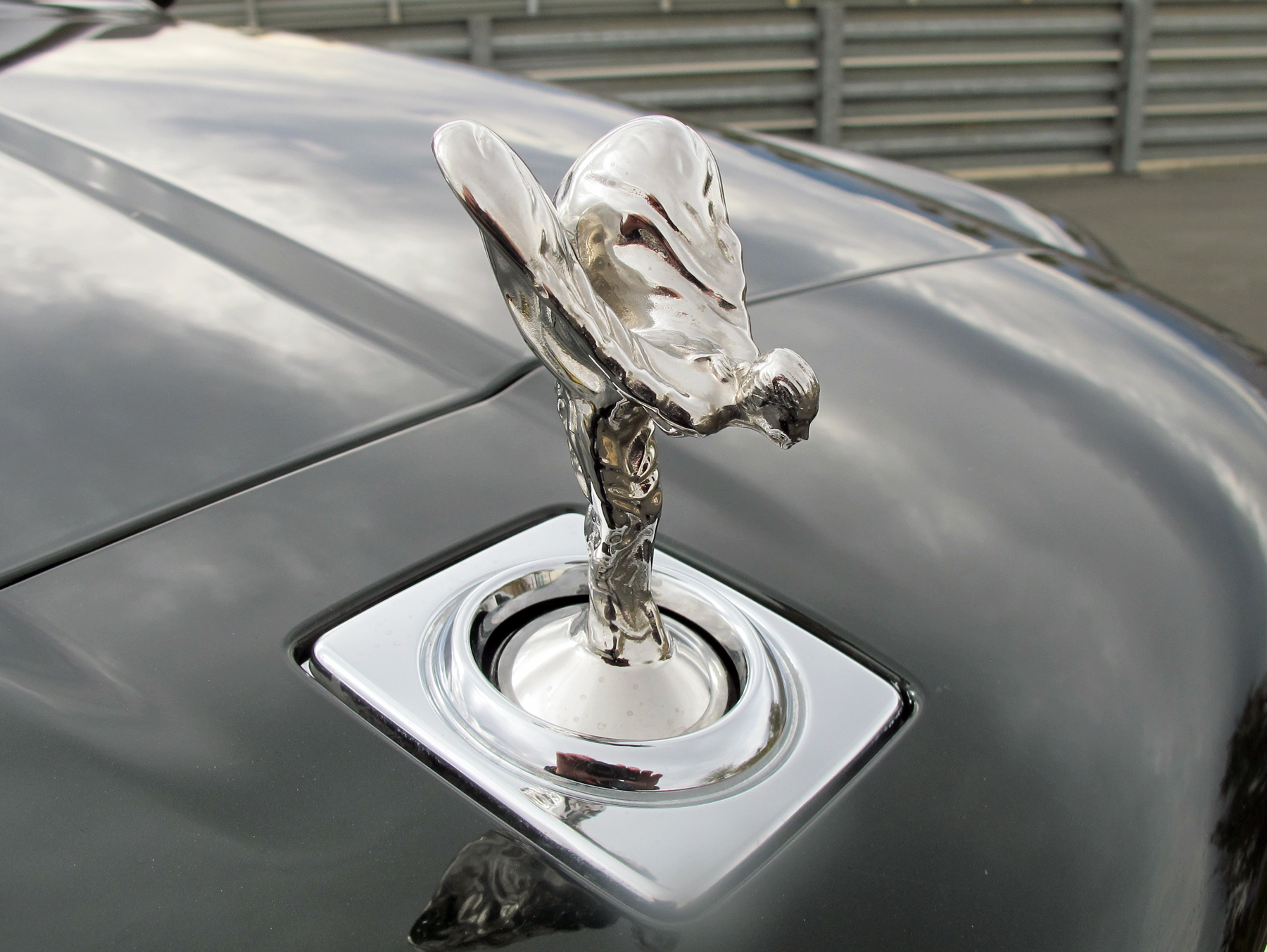 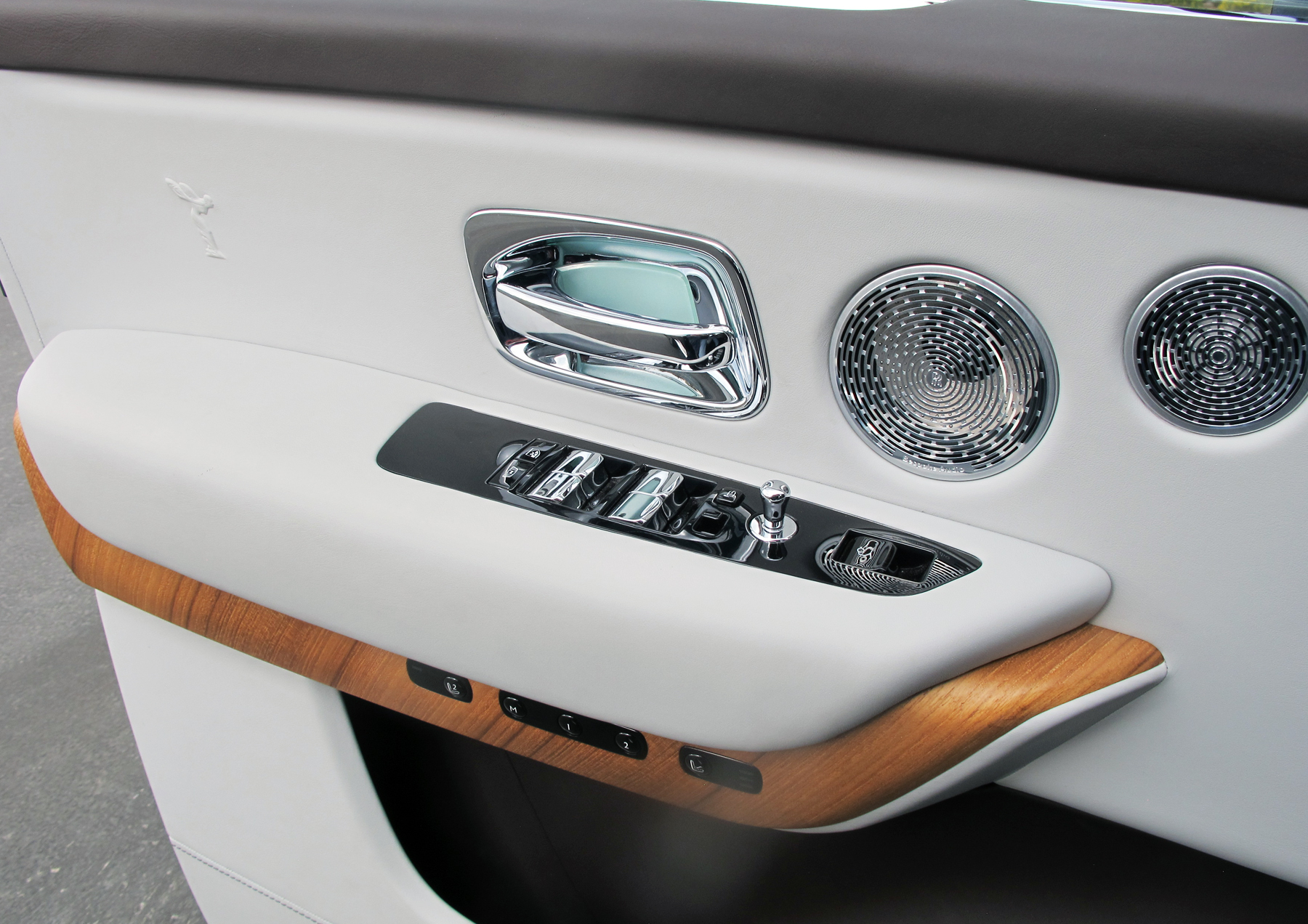 There is a partition behind the second row seats to separate passengers from the cargo area along with rear privacy glass.

Because of its height, the back seats are set high, throne like, for a regal riding experience.

But, as they say, if you have to ask about the price, you probably can’t afford it.

Helping to reach close to a half million dollars were a number of pricey options, for example, (US)$6,000 for “bespoke editing” on the interior, whatever that means, and (US)$2,075 for contrasting seat piping.

Picnic tables for the second row added (US)$4,000 and the illuminated tread plate on the lower door sill was (US)$3,200.

Well, you get the picture! 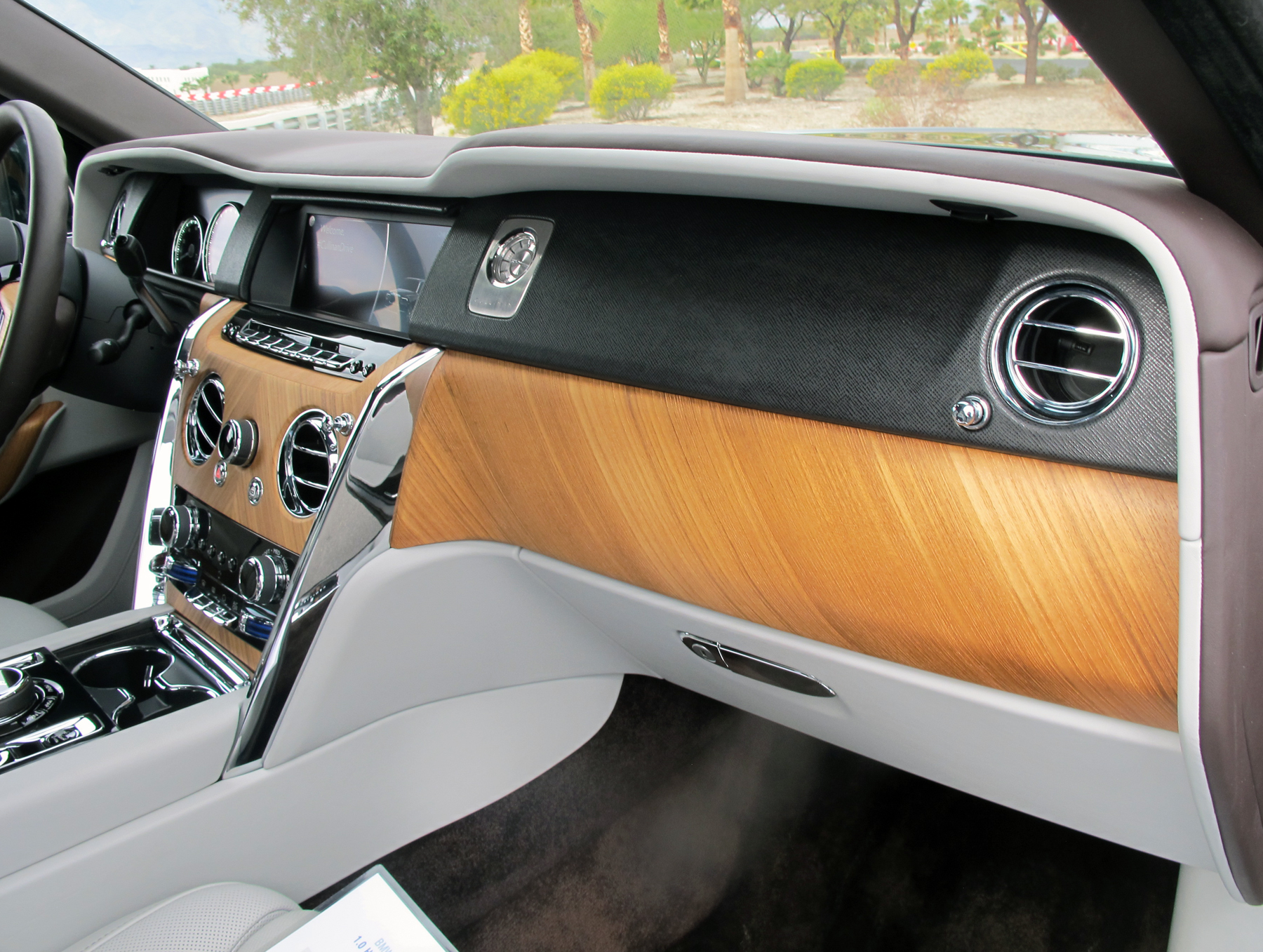 Motive power is provided by a 6.75-litre twin-turbo V12 engine producing 563 hp and a whooping 627 lb/ft of torque with an eight-speed automatic transmission feeding to permanent all-wheel-drive with rear-axle steering.

The transmission is interesting because it uses global positioning satellite data to determine the road and conditions in real time and uses that to anticipate how and when to shift.

An instance would be on a twisting road and the Satellite Aided Transmission (SAT) would know when the next turn is coming and to hold the gear or shift up or down.

Oddly, towing is not allowed because there is a sensor of some kind located on the rear of the all-aluminum unibody frame where a hitch would need to be attached.

Seated behind the steering wheel the sense of luxury is overwhelming and coming from all angles, but mostly from the hood, or bonnet, as the English prefer, stretching out before you. 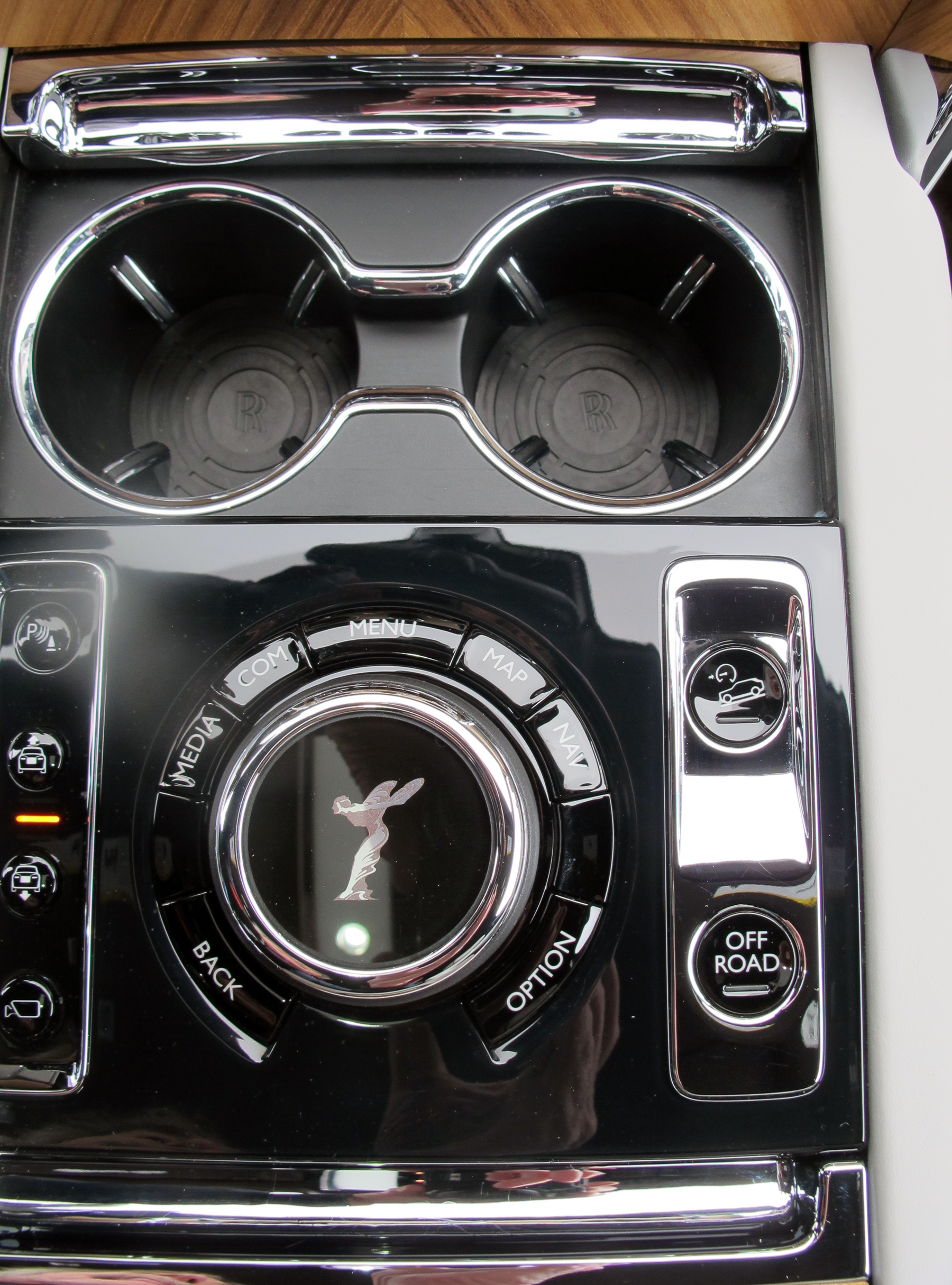 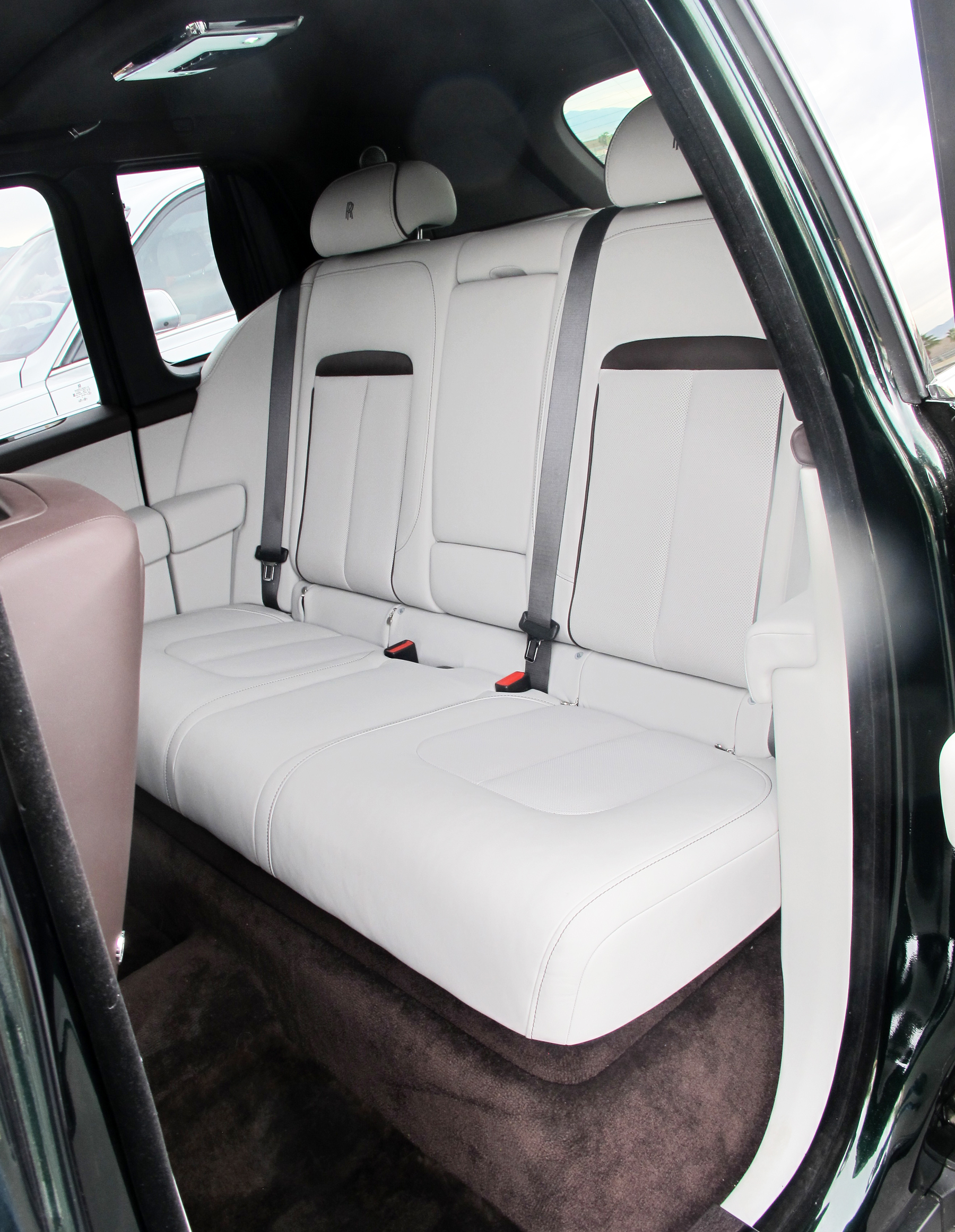 When you close the door there is a “thunk” imparting a sense of solidity that, somehow, only the British can achieve.

Almost silent on the road, punch the gas and the rear squats as the torque bites the pavement, while the prow rises like a John Force “funny car”.

There is some engine noise under full throttle, but not much, as the Cullinan is all about making the journey as hassle and disturbance free as possible.

Add to that what Rolls-Royce calls its Magic Carpet Ride for “off-road enjoyment without sacrificing any Rolls-Royce on-road behaviour.”

It has all the leading-edge in-vehicle safety technology you’d expect, such as four-camera 360-degrees view, active cruise control with collision warning and cross-traffic alert, lane departure and lane change warning, night vision and vision assist plus wildlife and pedestrian warning and a big 7 X 3-in high resolution head-up display.

Yes, there are other prestige SUVs out there, but only one can be king. 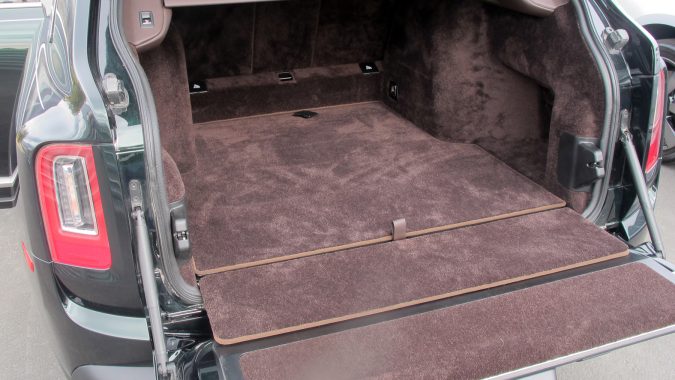 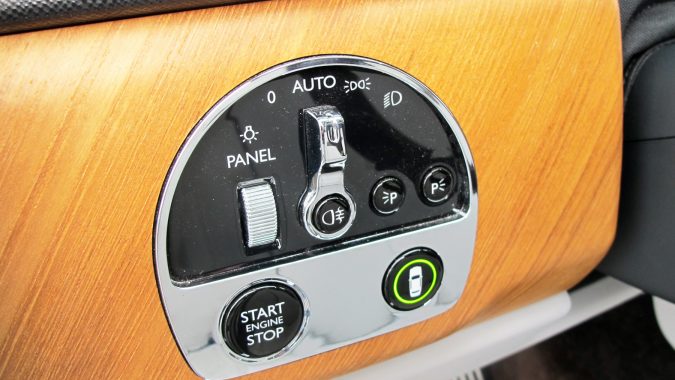