SQUAW VALLEY, CA: With the 2019 Mazda3, the brand is taking one car into two very different segments.

The Mazda3 compact has long been the foundation on which the marque was built.

But now, it is moving up market with its new Mazda Premium sales strategy and elevating the car to near luxury status.

Others have tried this, but most were forced to create a “second channel,” such as Honda did with Acura and Toyota with Lexus.

At the Canadian media launch of the 2019 sedan and hatchback in Squaw Valley, CA, the two-pronged strategy was made more than clear with loads of information on how the ride and handling has been transformed by intensive study of human movements to make everything easy to operate and even easier on the eye.

Some of the biggest changes are found in the interior, starting with a re-think of the centre console with everything such as the shifter, cupholders, armrest and HMI (human machine interface) controller knob all moved forward and designed to be easier to use, especially when the car is in motion. 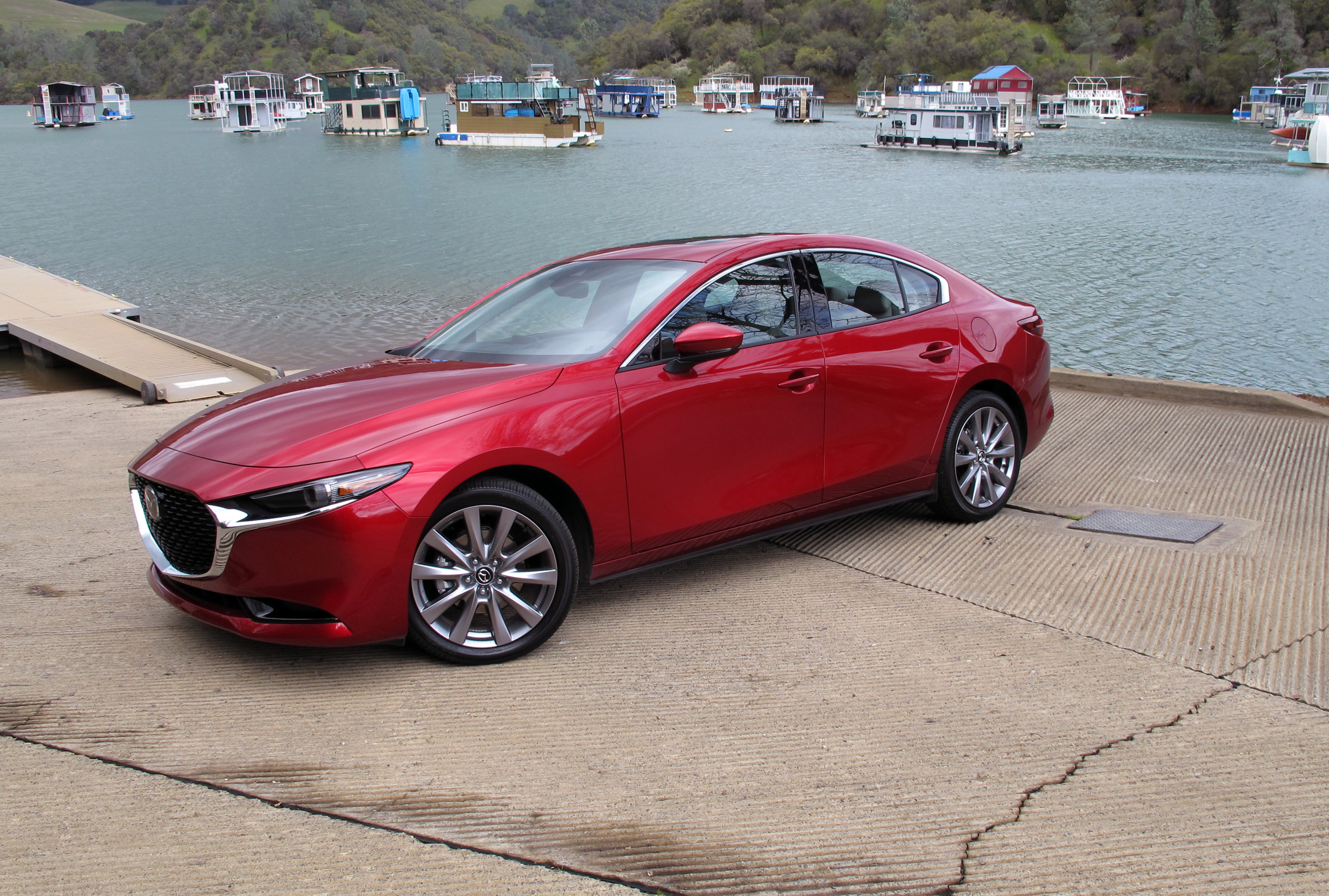 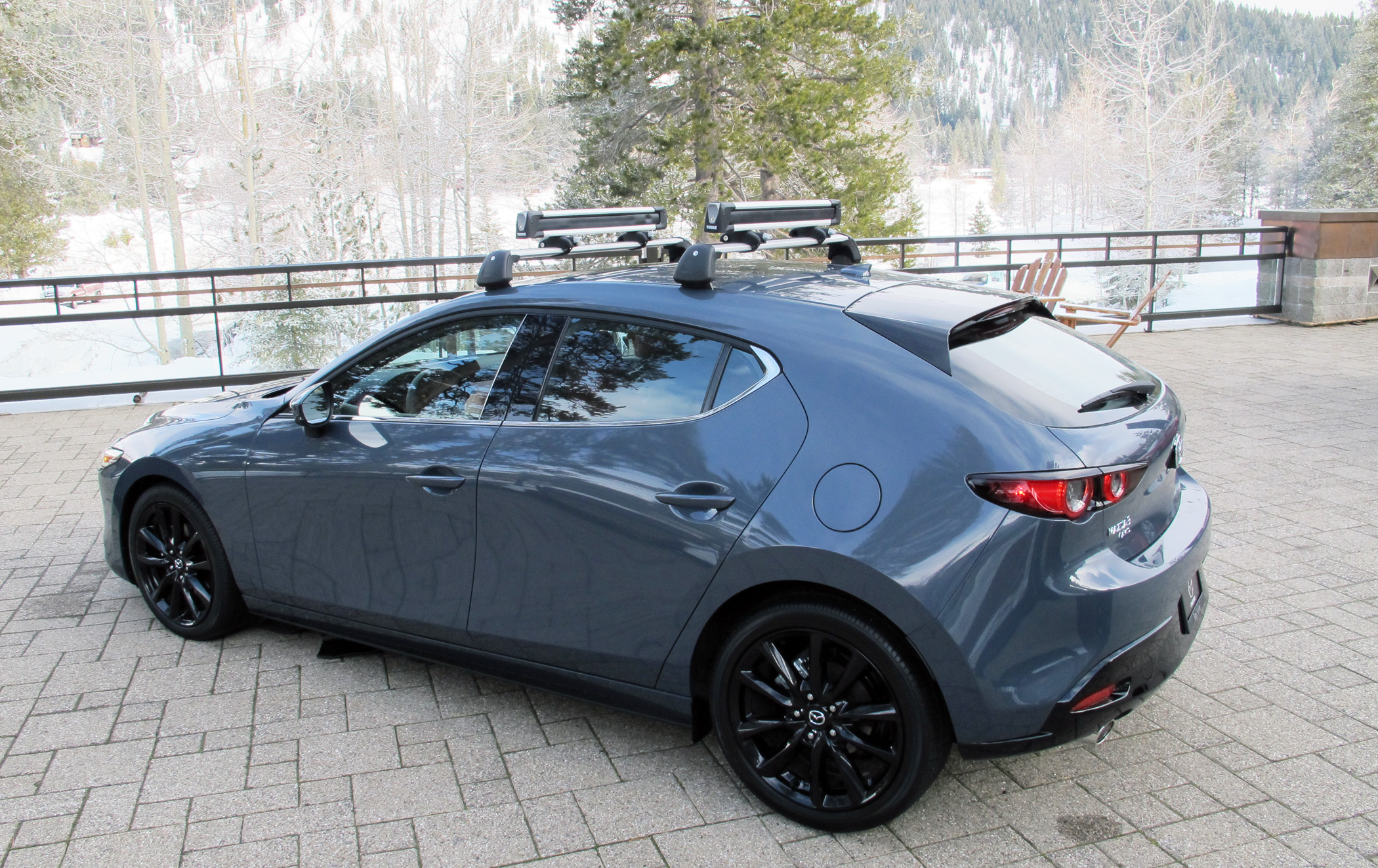 Besides the seven-inch reconfigurable main instrument cluster, the Mazda3 is the first to adopt an all-new 8.8-inch Mazda Connect infotainment screen, which is now standard on all trim levels.

Standard is a new, three-way sound system with eight speakers, as is the redesigned steering wheel with illuminated switches and controls.

But perhaps the single biggest standard feature is Mazda’s i-Activsense suite of driver/vehicle safety aids such as: a brand first Mazda Driver Attention Alert that displays an alert and sound when it detects driver fatigue or decreased attentiveness.

Again, depending on trim level and preference, there is a six-speed manual or six-speed automatic transmission, as well as front- or all-wheel-drive.

Mazda is now making G-Vectoring Control Plus standard on all its models, the Mazda3 and 2019 CX-5 compact crossover being among the first with this feature. 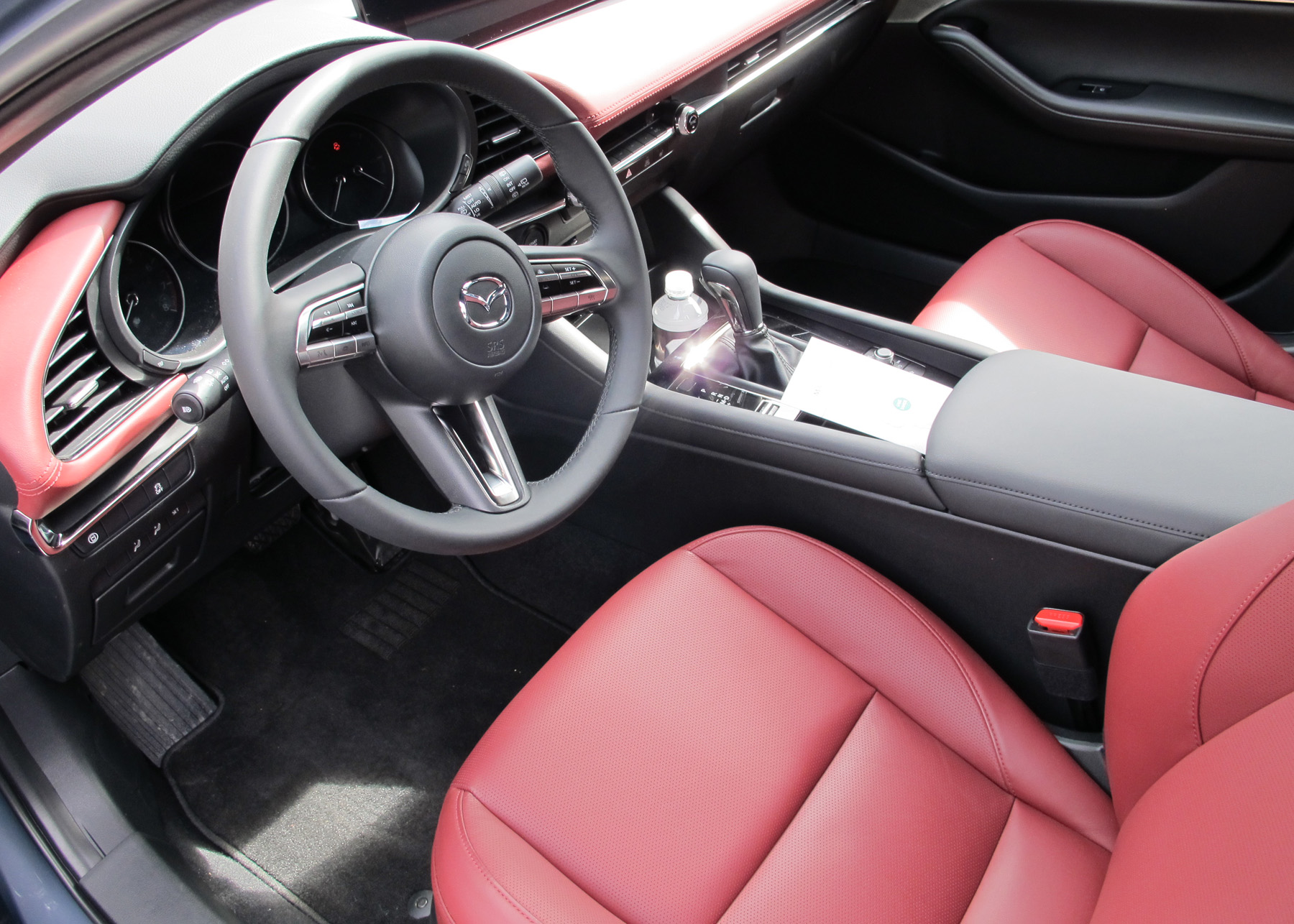 An enhancement in torque vectoring where grip is routed from side to side, G-Vectoring Control Plus lightly retards the brake on the outside wheel through the turn for even more precise piloting and corner control.

Driving the new Mazda3 compared to my wife’s 2016 model was like night and day.

On super smooth California highways, it tracked perfectly with surprisingly little steering wheel input; but what really came through was how quiet the toptrim GT Sedan was at highway speeds.

It felt so much more spacious inside and light coloured seating and trim made it seem almost Audi-like.

The centre stack display (not a touchscreen) was indeed easier to see and the head-up display (HUD) that is now reflected off the windshield instead of a plastic panel can now be viewed even with polarized sunglasses.

Driving the Sport (Mazdaspeak for hatchback) in the afternoon, the suspension seemed tauter, but the minimum amount of driver inputs required remained the same.

The ride quality stems from Mazda deciding to go back to a torsion bar rear suspension, replacing the multilink system used in the previous model. 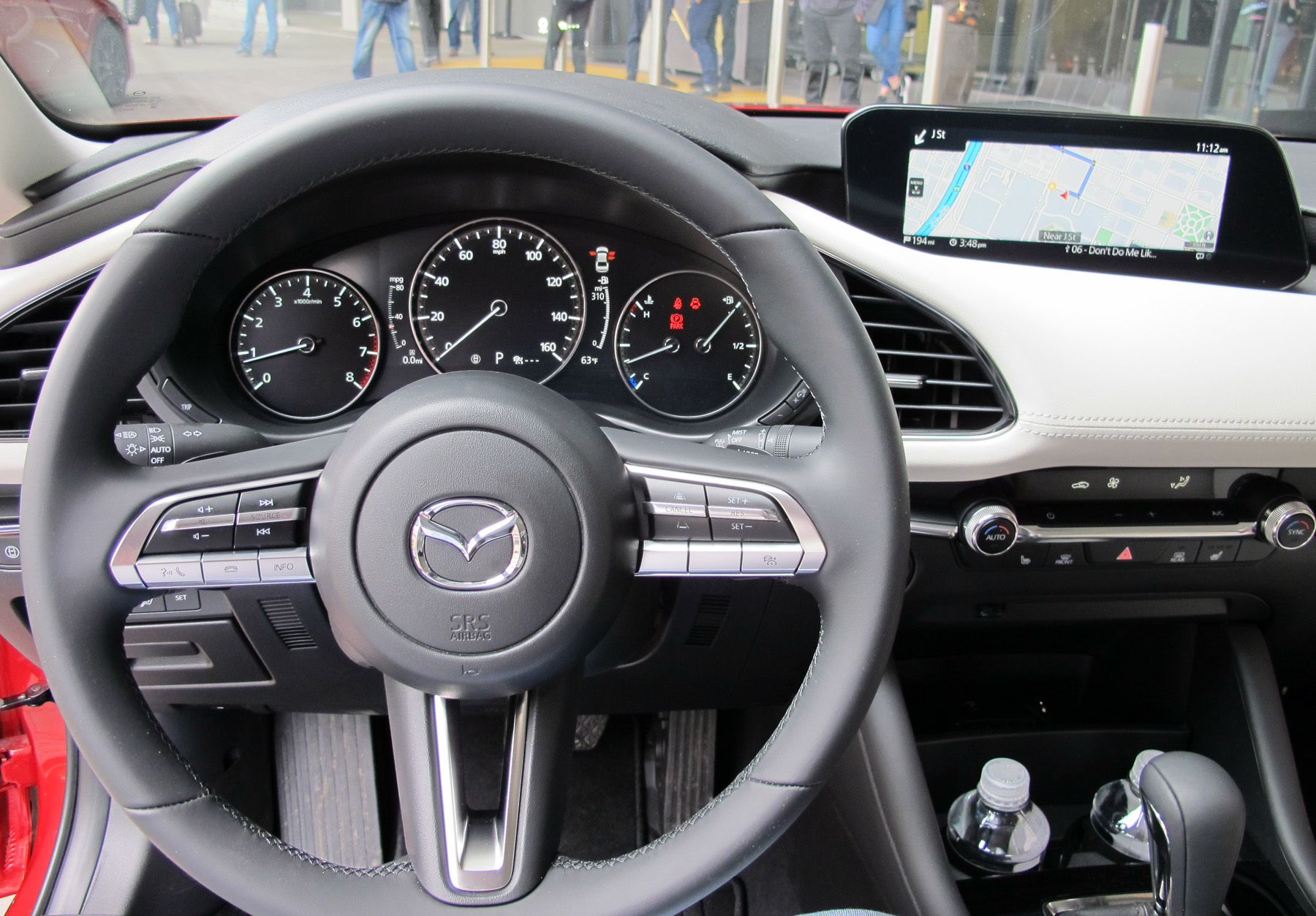 Despite the pundits saying a multilink is superior to a torsion bar, Mazda said there was just too much suspension compliance, which was factored out with the twist beam.

There was no 2.0-litre to test at the media launch, which is similar to my wife’s current 2016 Mazda GS Sport, where the power is adequate around town, but is taxed at higher speeds.

The 2.5-litre solves most of the that, but I couldn’t help thinking that the same engine, but turbocharged as found in the CX-5 CUV with 250 and 319 lb/ft of torque, would surely put it toe-to-toe with the Audi A3 or BMW 2 Series in the hot near luxury compact arena.

And while the wheelbase is the same as my wife’s Mazda3, the new model, especially the sedan, is visually bigger, making it, in my mind, really mid-size, which surely fits into the Mazda Premium strategy.

The two-segment marketing approach combines for a large range of models, resulting in mixing and matching powertrains, trim levels and optional packages adding up to 11 sedan and 12 hatchback choices.

With 23 possible choices, finding buyers in the two target markets appears to have been achieved.

Mazda has always been successful by taking a different approach and winning by punching about its weight.

There is a lot riding on the 2019 Mazda3 and the brand is confident it’s on the right road to the heart of the compact car segment. 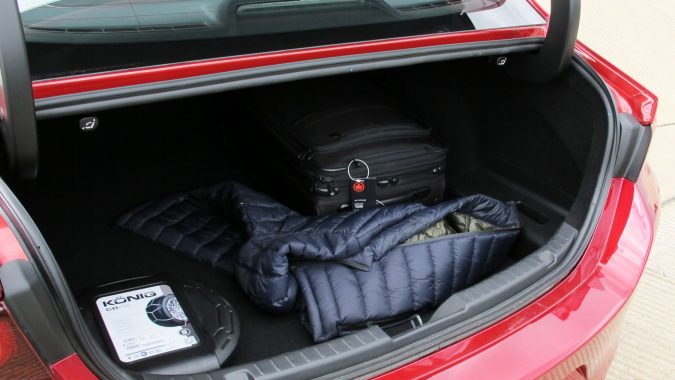 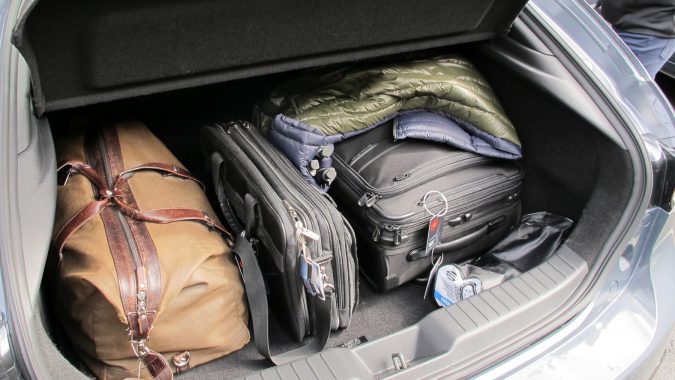 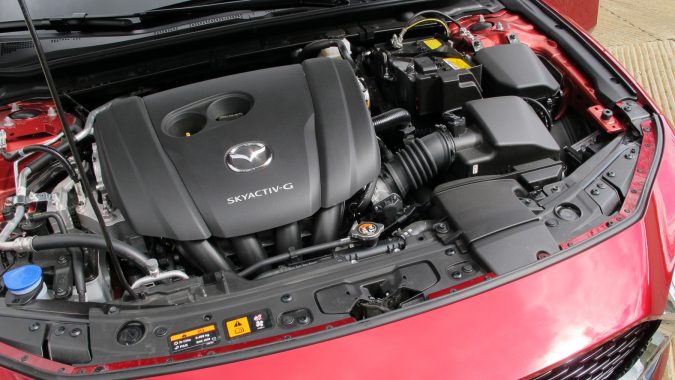 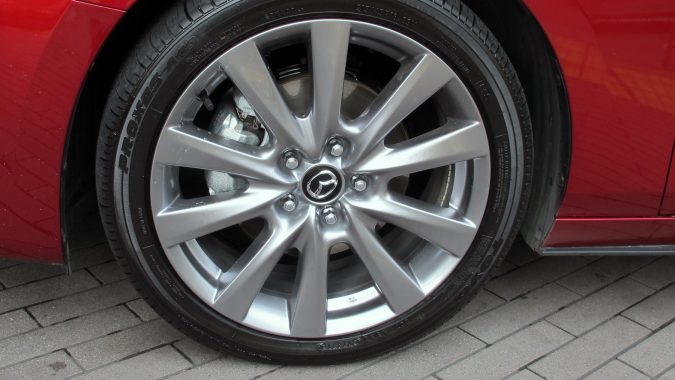