Last year when I drove the outrageous 840 hp Challenger Demon, I opined there was probably no other car company in the world that could, or would, build a car like that.

Primarily for drag racing only, Dodge quickly sold out all 3,300 units that rolled off the production line in Brampton.

A year later we have the SRT Hellcat Redeye, the pinnacle of the Challenger models Dodge is putting out for 2019.

But the biggest difference from the Demon is the Redeye can be used comfortably on the street as a daily driver.

At the recent Canadian press rollout of the entire 2019 Challenger lineup held in Maine, you could tell the engineering and marketing staff were having a ball talking about the cars and the fun they have at work. 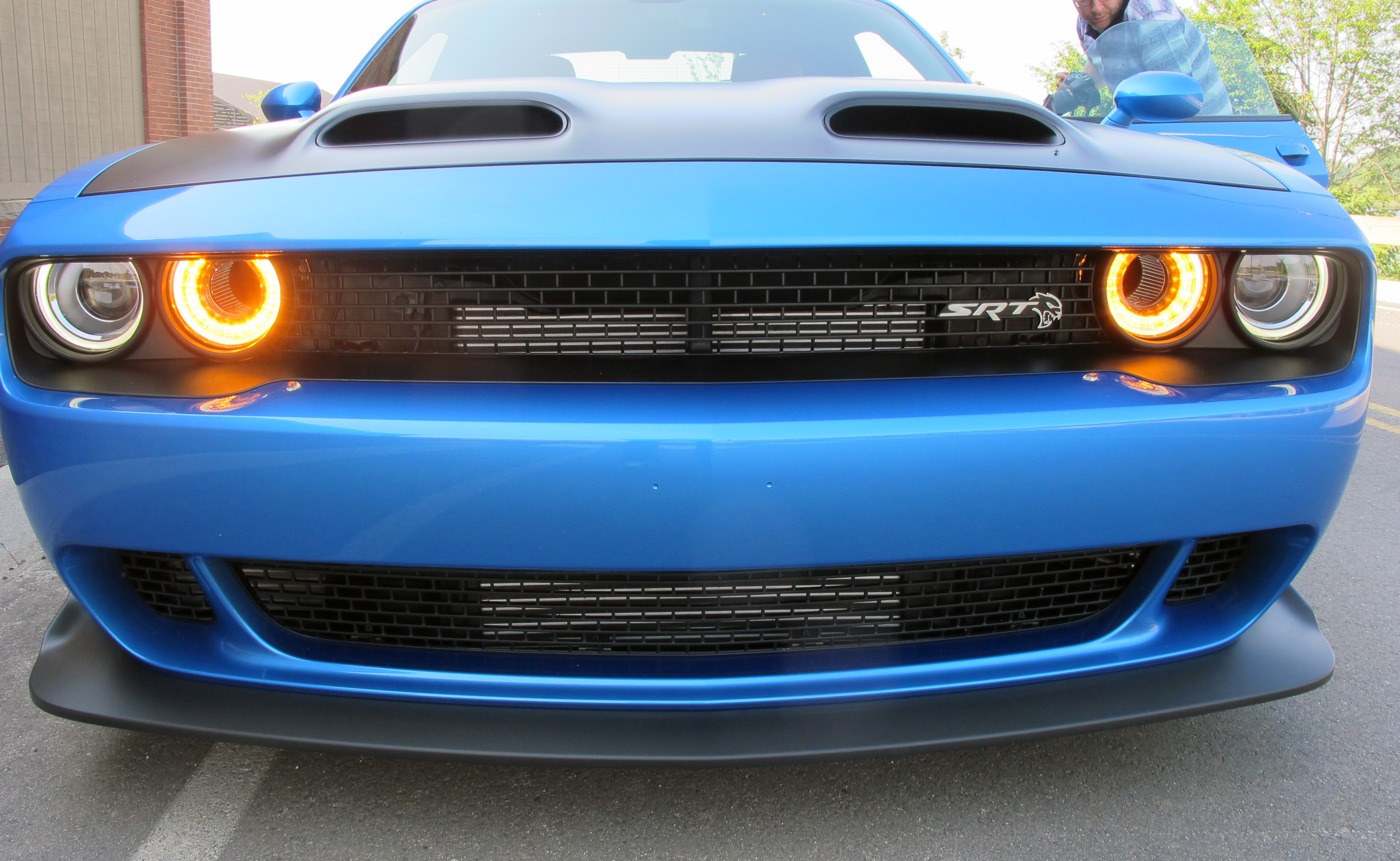 One presenter said his favourite view of the Redeye was in the rearview mirror and described how the hood line creates a visage by partly covering the top of the headlights reminiscent of a baleful big cat about to strike.

Here we will look at the Hellcat Redeye, with the rest of the 2019 Challenger family profiled in another story to follow shortly in this space.

All Hellcat-powered Challengers come with a new dual-snorkel hood that is homage to the 1970 Dodge Dart and 1971 Dodge Demon.

Fully functional leading to an under-hood air box to feed the supercharger, an interesting aspect is the shape of the inlets were inspired by the shape of male pectoral muscles.

Besides lowering air temperature by four degrees Fahrenheit, the snorkels increase flow by 18 per cent over last year’s Hellcat to 1,135 cu ft per minute or the same as 89 adults emptying their lungs simultaneously in one second. 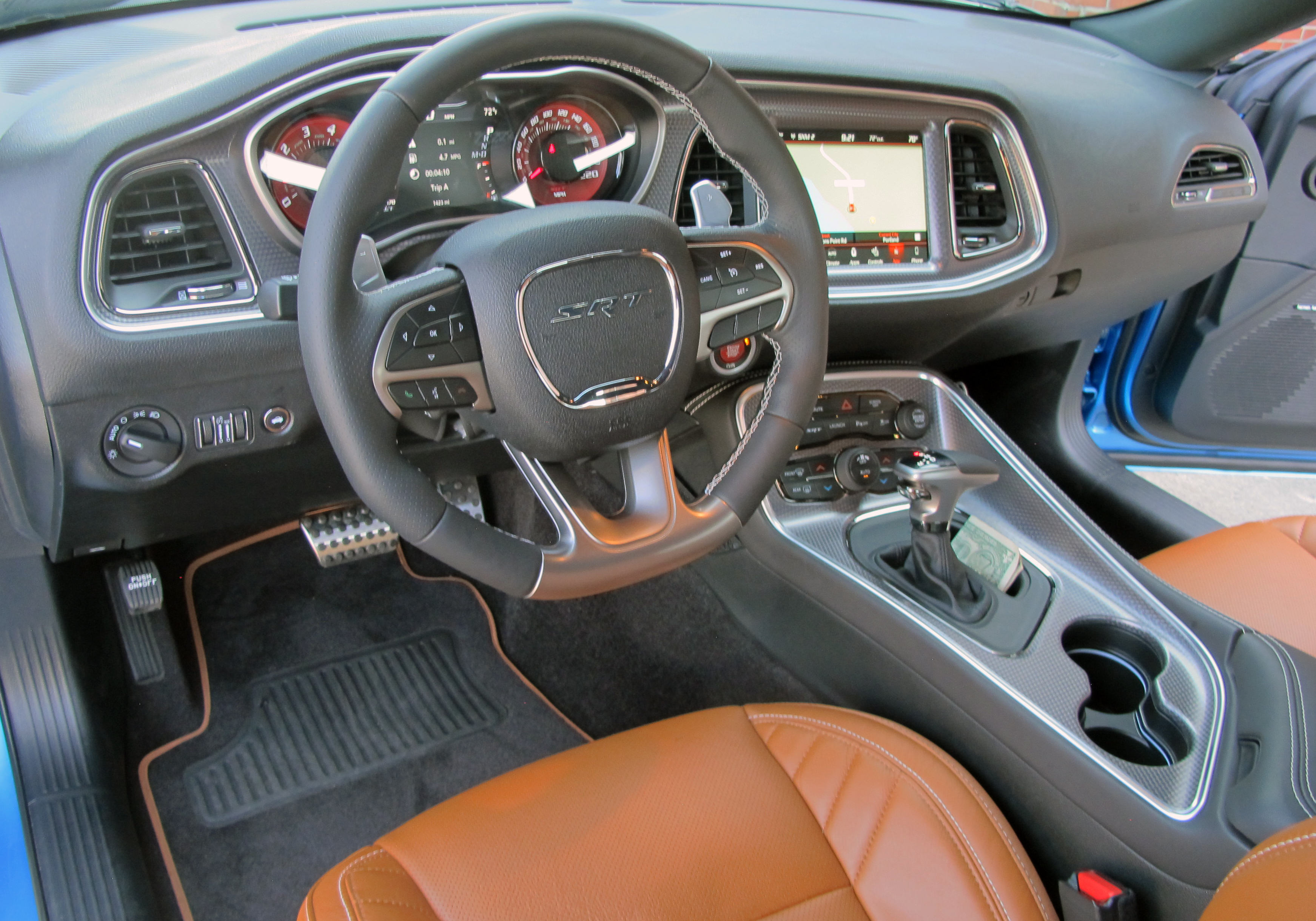 The power goes through a beefed-up eight-speed automatic transmission to the rear wheels, with two final drive differential ratios offered.

Hundreds of hours were spent on painstakingly refining airflow to the engine and away from the exterior for the highest possible performance.

Chief among there is the “Widebody” option on Hellcat-powered Challengers, which are wheel fenders that widen the body by 3.5 inches. The reason is larger 305/35ZR20 Pirelli P-Zero performance tires can be fitted along with adaptive suspension.

Wider tires mean more grip and the outcome is dramatic, with the Redeye Widebody turning the quarter-mile in 11.1 seconds at 131 mph with a top speed of 203 miles mph versus 11.2 seconds at 125 mph and top speed of 125 mph in the non-Widebody Redeye.

Driving the Redeye from Portland to Club Motorsport, a private track in New Hampshire, with the ambient temperature showing at 92 Fahrenheit, I could not get the air conditioning to function.

That’s because I had previously been going through the “Power Pages” that include an electronically modulated torque converter clutch that has seven available drive modes – Auto, Sport, Track, Snow, Tow, Eco and Valet.

I wanted a photo of the Track depiction on the centre touchscreen and must have forgotten to go back to Auto.

The Redeye comes standard with the SRT Power Chiller that diverts air conditioning refrigerant from the cabin to a low-temperature circuit coolant pump.

From there, and after being cooled by the ambient air, it goes through a low-temperature radiator at the front of the Redeye to be further chilled before the coolant flows to the supercharger heat exchangers. 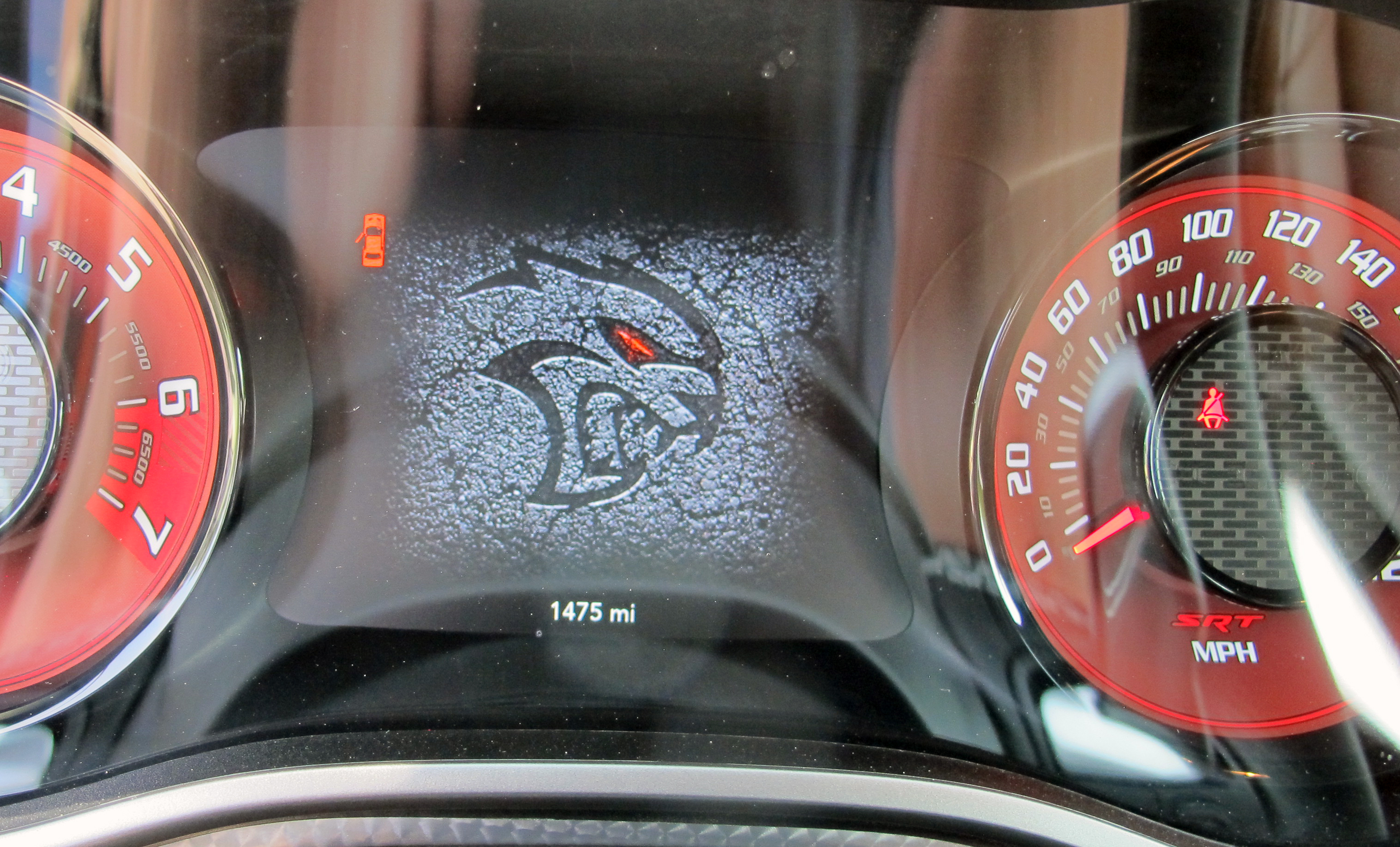 Climb in, start the engine and the Redeye logo briefly appears on the centre of the main instrument cluster to the right of which is a red-face speedo, which in Canada will read up to 340 km/h.

All Hellcats including the Redeye have the standard adaptive damping suspension (Auto, Sport, Track) and a number of different launch scenarios, including Line Lock that locks the front wheels while the rears are free for a “burn out” to clean and preheat the tires.

Tracks are one thing, but it was on the roads where I had the most fun.

Acceleration is instant even at lower speeds, but as the blower starts to pump in earnest, you start to hear the whine of the impellors as they build to a high-pitched scream.

Come around a tight, blind bend and the standard Brembo braking system with 15.4-inch, six-piston calipers at the front haul you down smartly.

At the same time, the Redeye was quiet and docile, rolling through some of the quaint New England towns like a family daily driver.

Able to show its heels to anything from Munich, Maranello or Sant’Agata, the 2019 Dodge Hellcat SRT Redeye is more than one of the fastest mid-size coupes ever built.

It’s a salute to the glory that still is the North American muscle car. 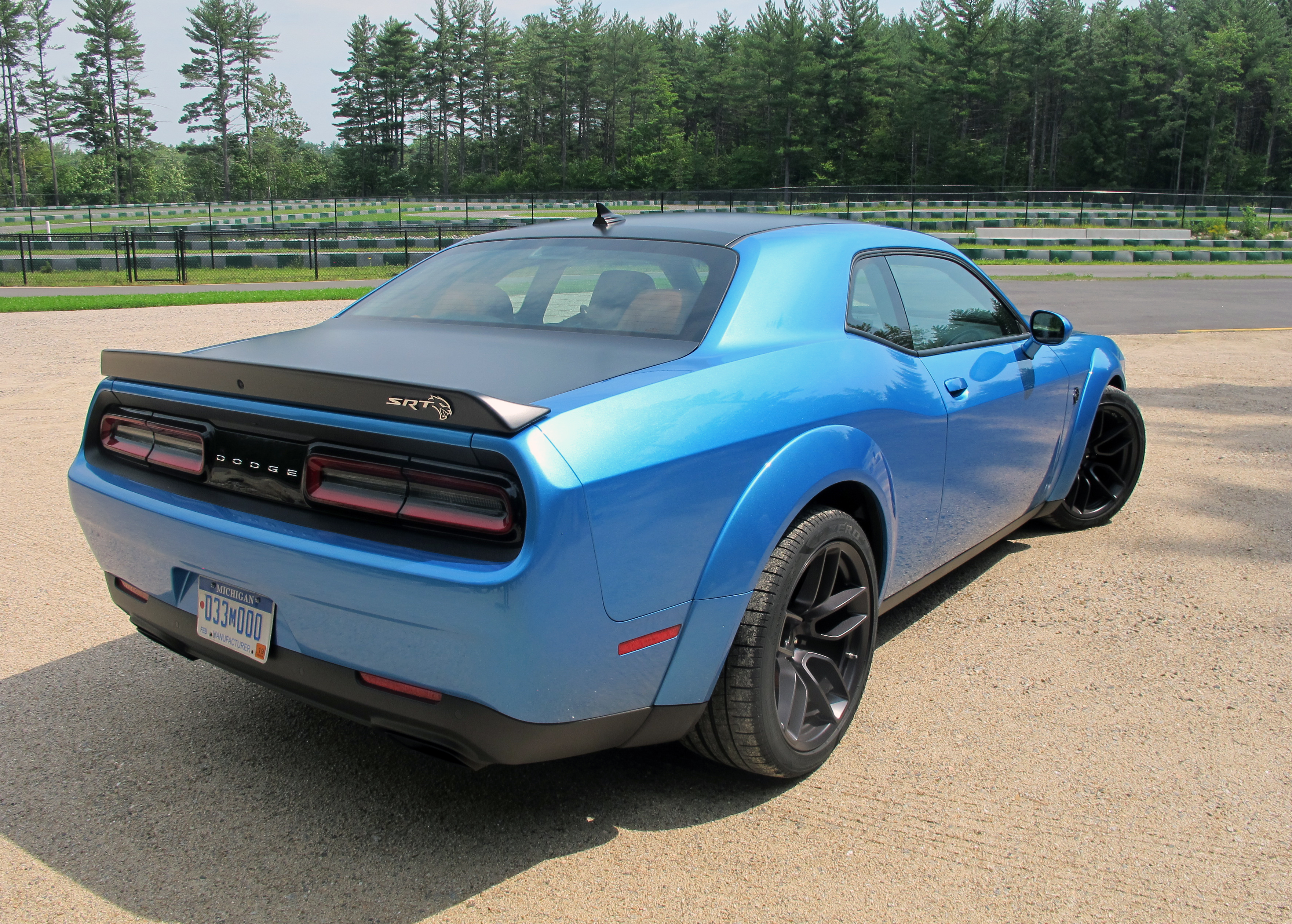 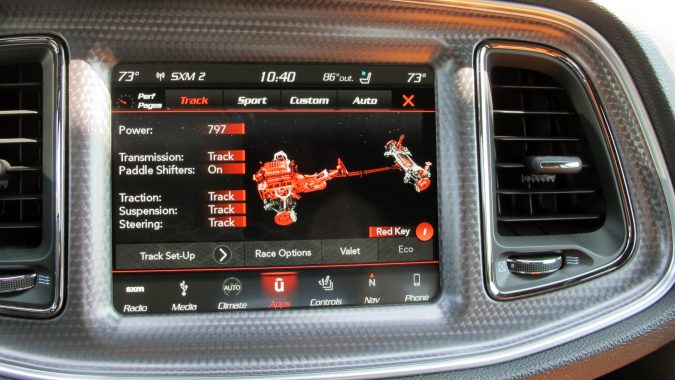 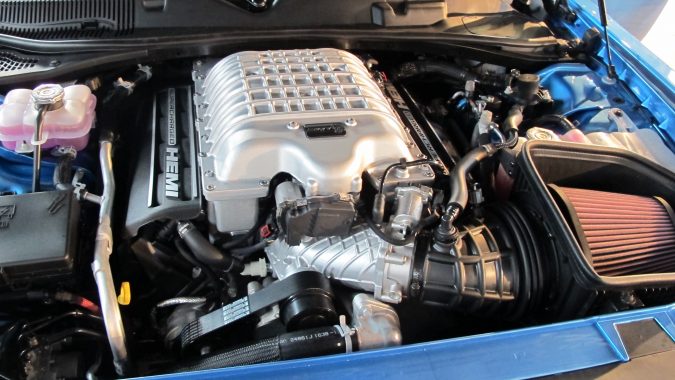 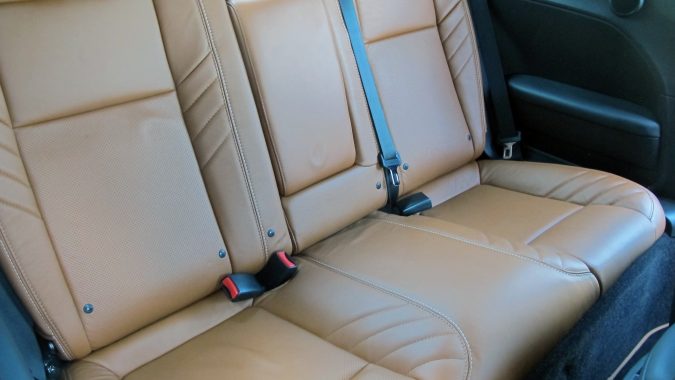 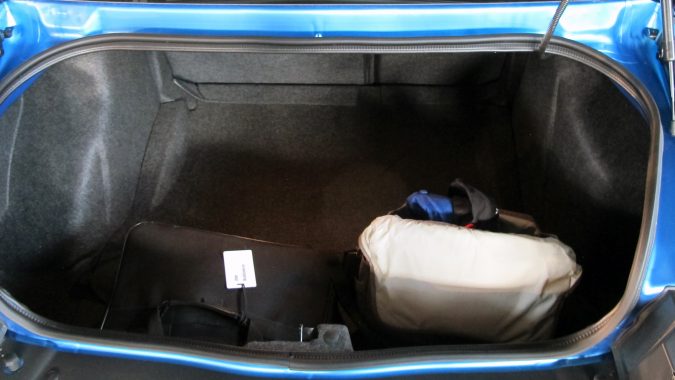 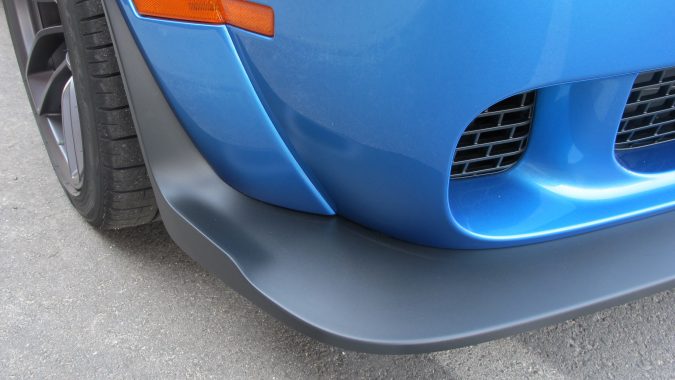 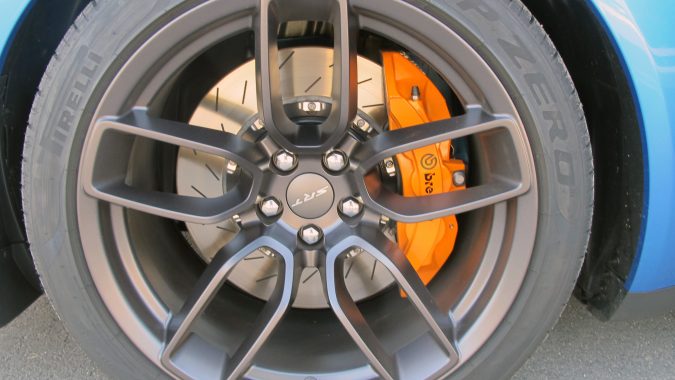